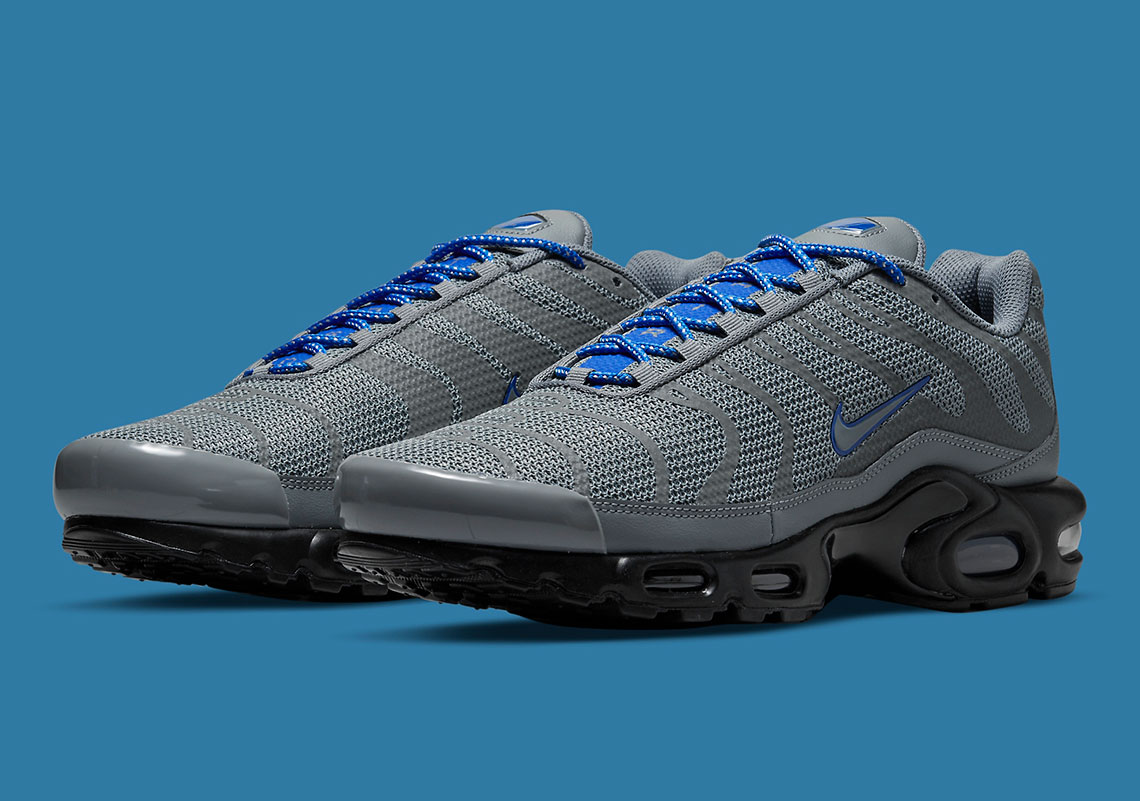 During its early days, the Nike Air Max Plus enjoyed its status as a cult favorite with much of its success taking place overseas. The model has since become a fan-favorite worldwide, distinguishing itself from other Nike models via its TPU caged overlays inspired by palm trees and ocean waves. An upcoming pair, however, swaps out the iconic plastic lines for simple taping for a stealthy look topped with reflective detailing.

Instead of a neoprene base, the upper of this new proposition opts for a grey reflective mesh material. Grey taping that follows the contours of the now-absent TPU details sit atop the upper for a tonal look. Leather mudguards in this same shade are used to further the stealth aesthetic. Deviating from the aforementioned greyscale tones, the laces, side Swooshes, and branded taping down the tongue showcase a vibrant royal blue. The Tuned Air design is rounded off with a pitch-black, Air Max-infused sole unit for a sleek style.

Get a closer look at the Air Max Plus below, which will hit the listed retailers in the coming months with a price of $160.

In other Swoosh-related news, did you know that the Nike Air Max 96 II “Mystic Teal” is returning? 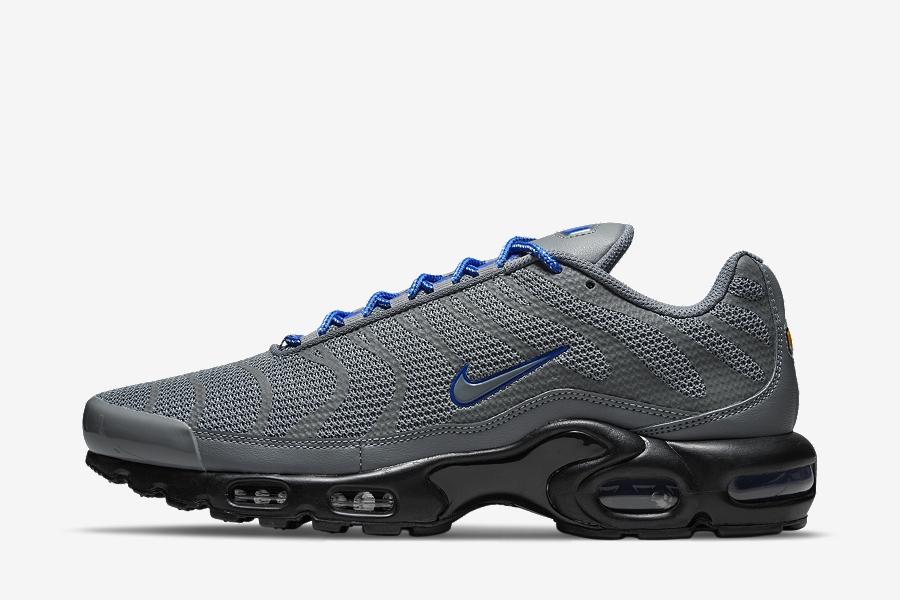 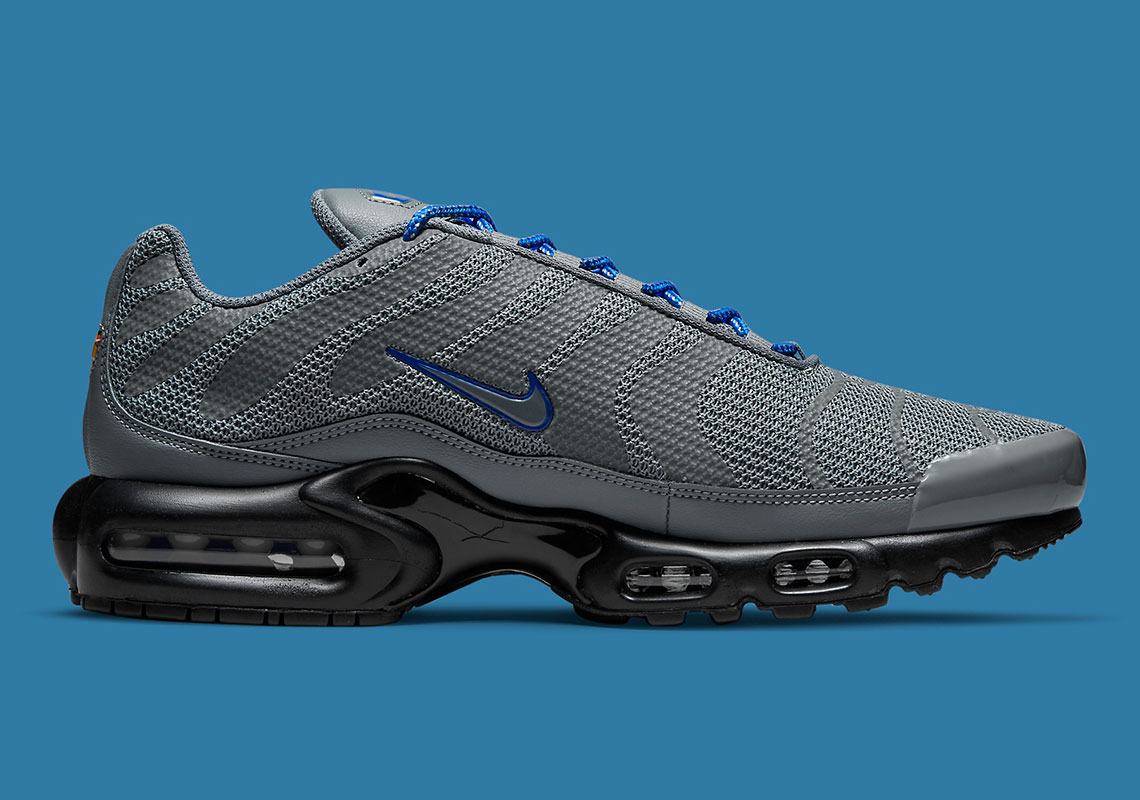 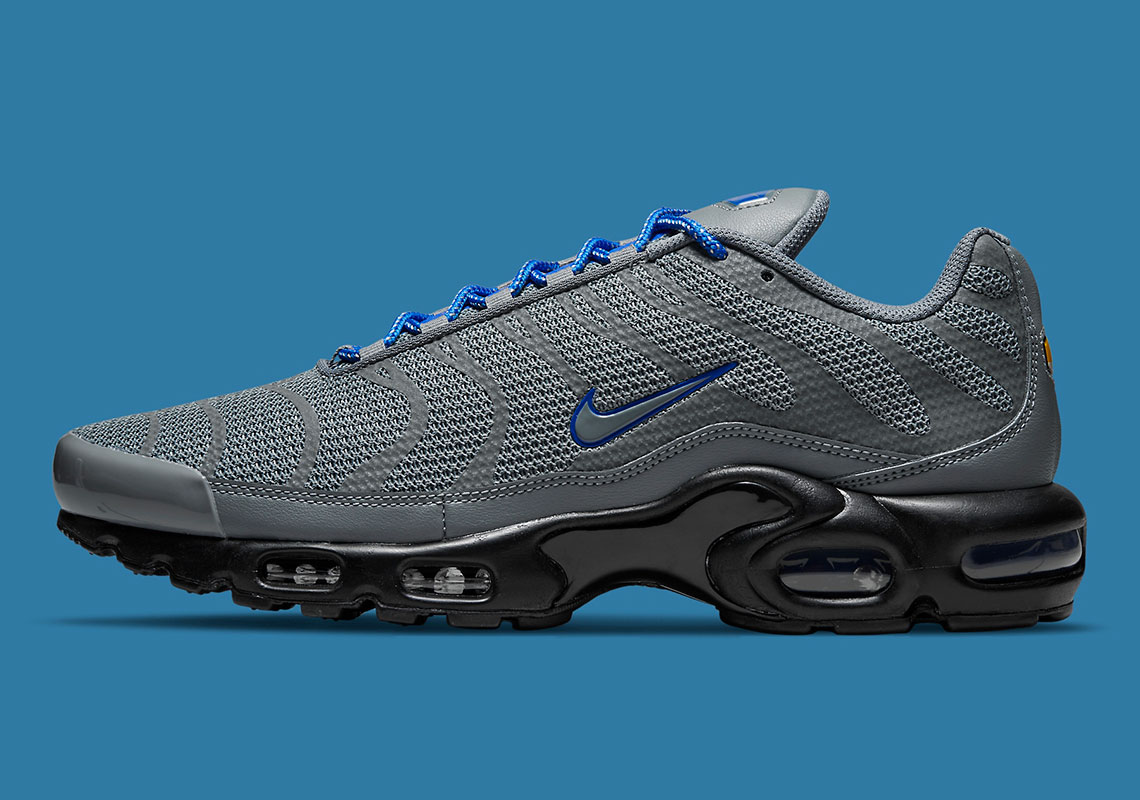 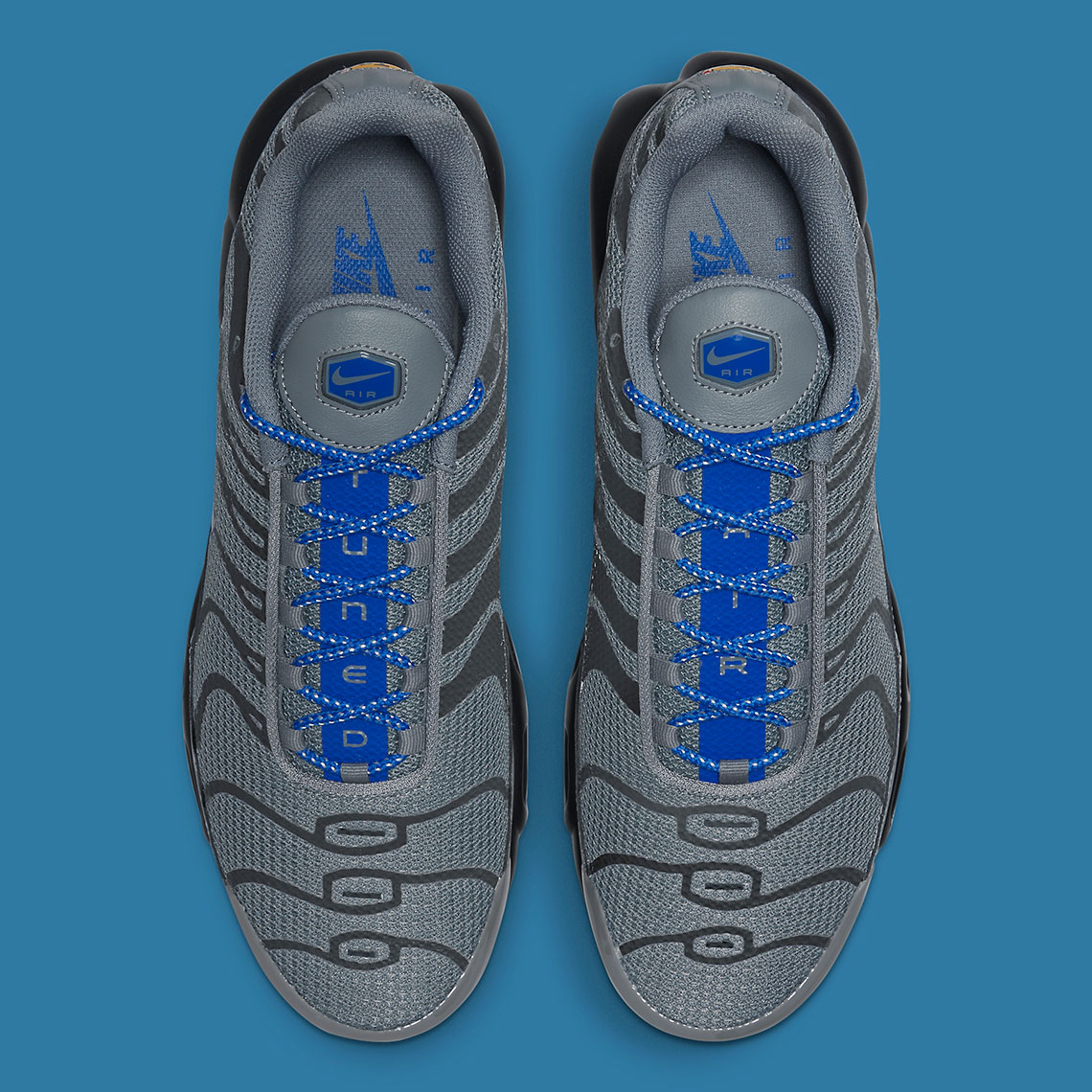 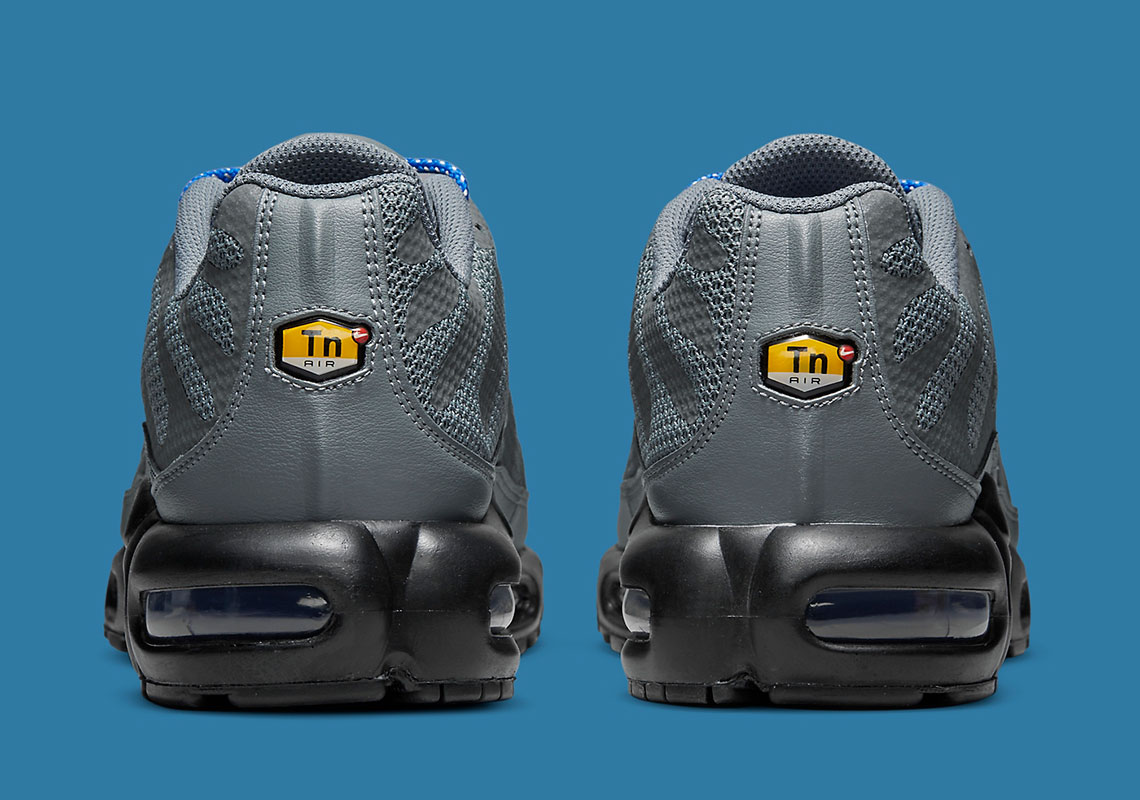 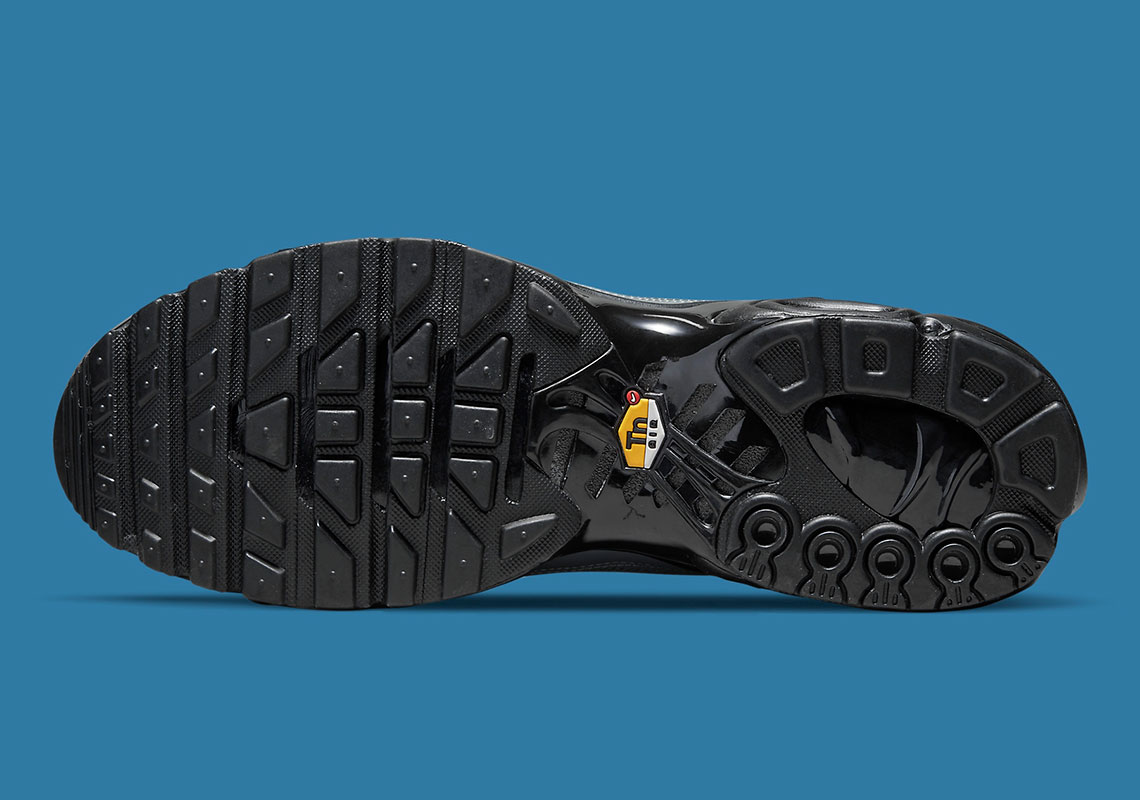 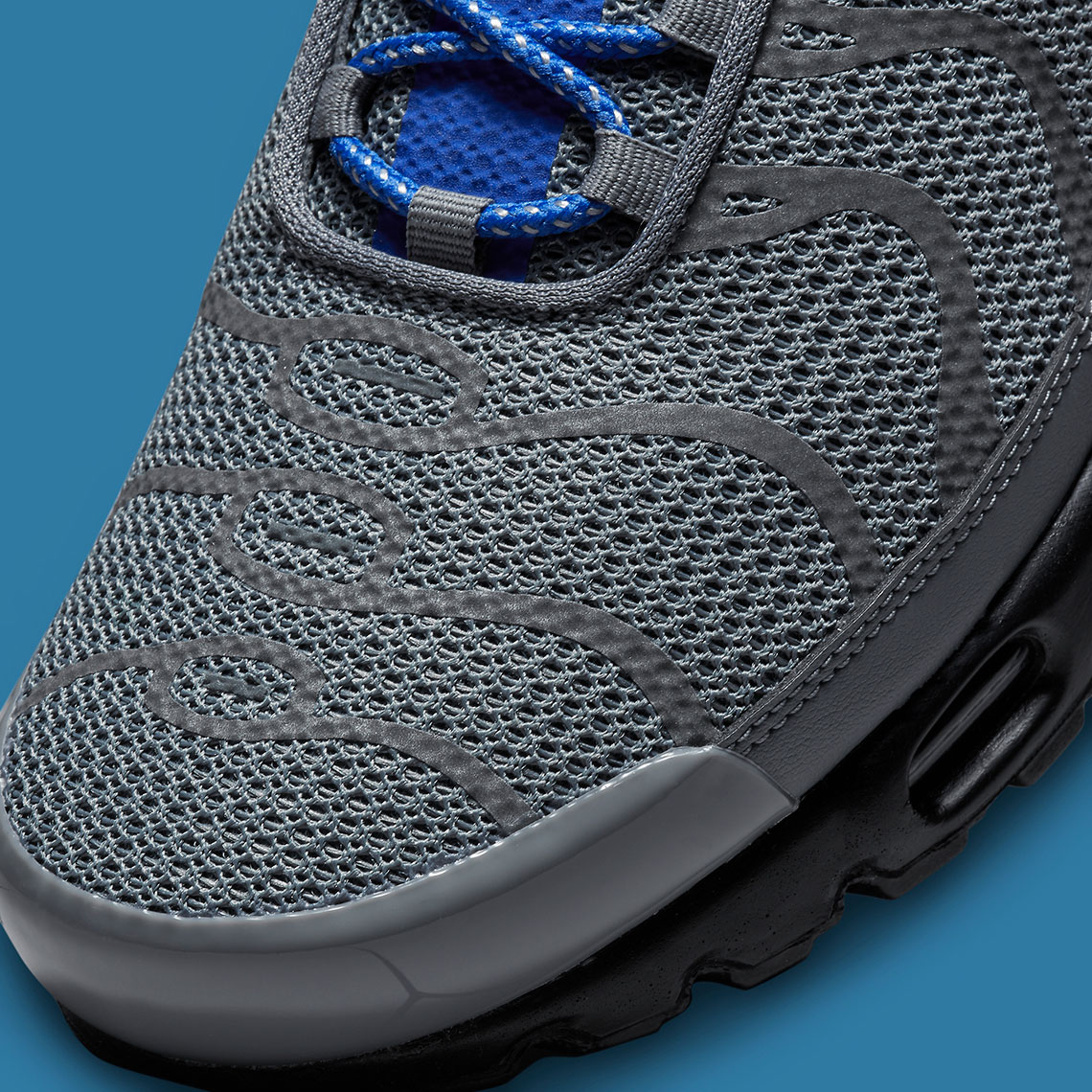 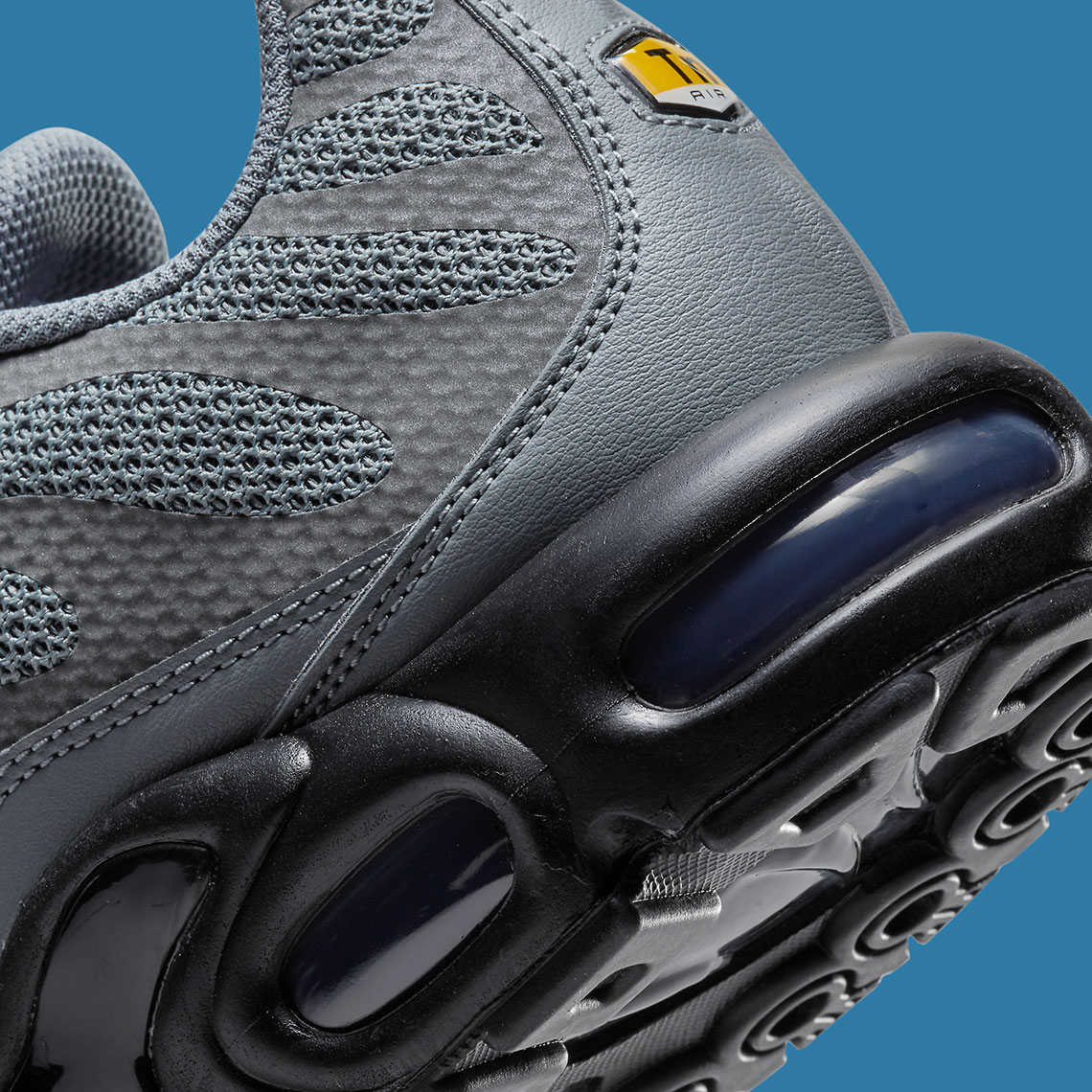 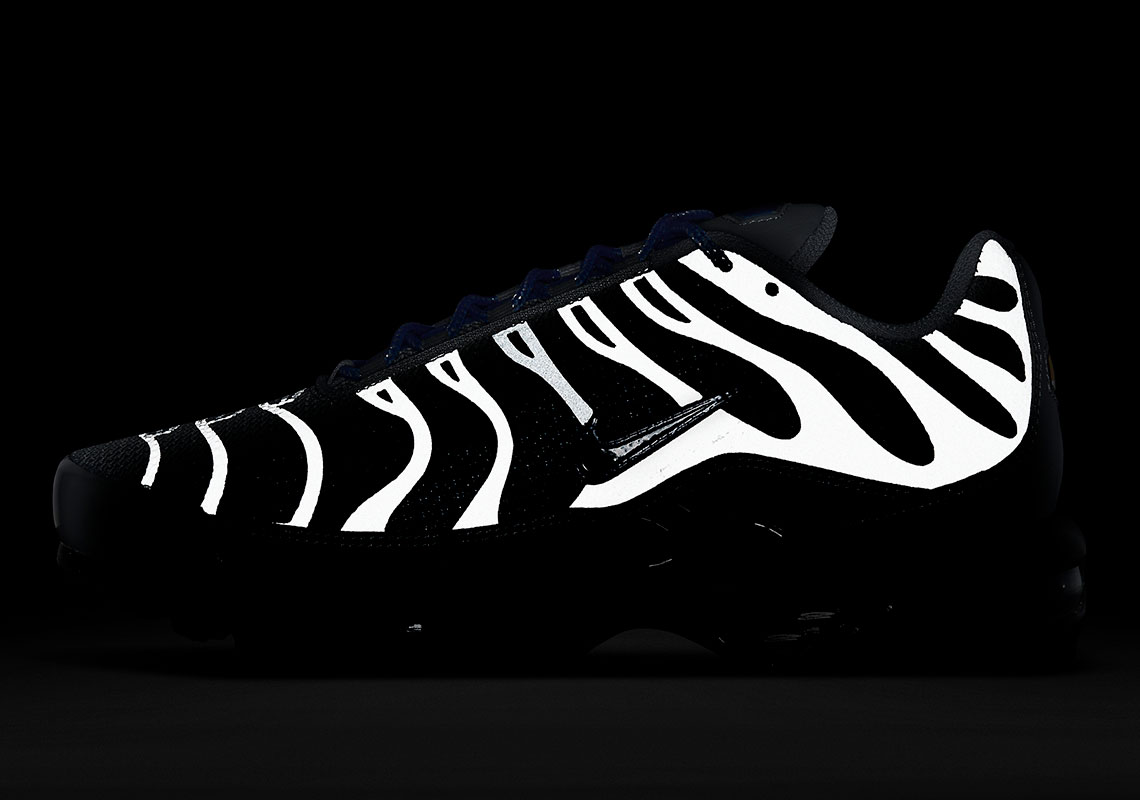