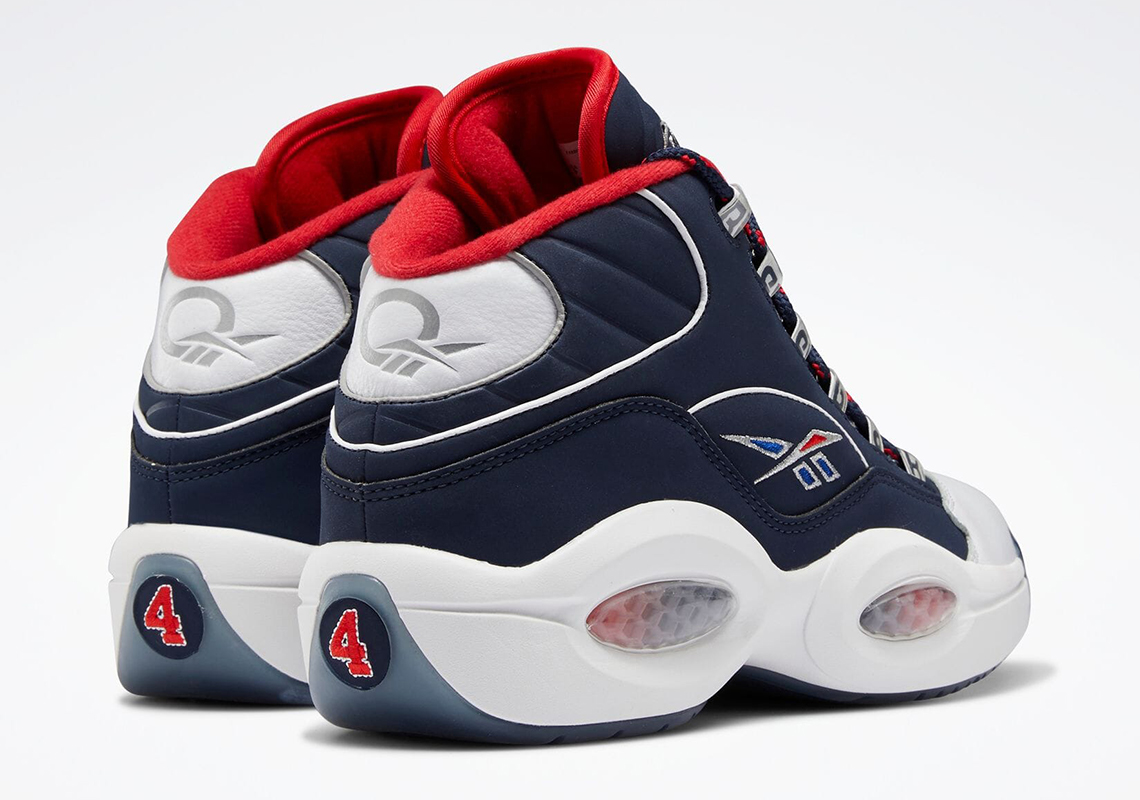 Allen Iverson’s storied career includes a short chapter in international play, although his experiences overseas in the Games isn’t as illustrious as those of his fellow MVPs and Hall-Of-Famers. AI, three seasons removed from his Finals run and Most Valuable Player award, was selected to be part of Team USA during the 2004 Olympics in Athens, Greece. It was there that Team USA’s invulnerability was permeated as the red, white, and blue lost an astounding three games while breaking their streak of 24 straight wins. These losses were due to a very young roster of stars (many of the league’s true elite chose to sit out), but we can’t discount the elevated international talent.

In honor of the upcoming Olympic Games in Tokyo, Reebok is ready to unleash a Reebok Question colorway covered in overt patriotic color schemes, with red, white, and blue wrapping the famed silhouette. The patterned laces probably match the striped design of the Team USA jerseys, while the “4” on the heel commemorates AI’s jersey number for the Games.

A release date hasn’t been confirmed, but expect these in the near future for $140. In other Reebok news, check out this upcoming Question Mid “Draft Lottery”. 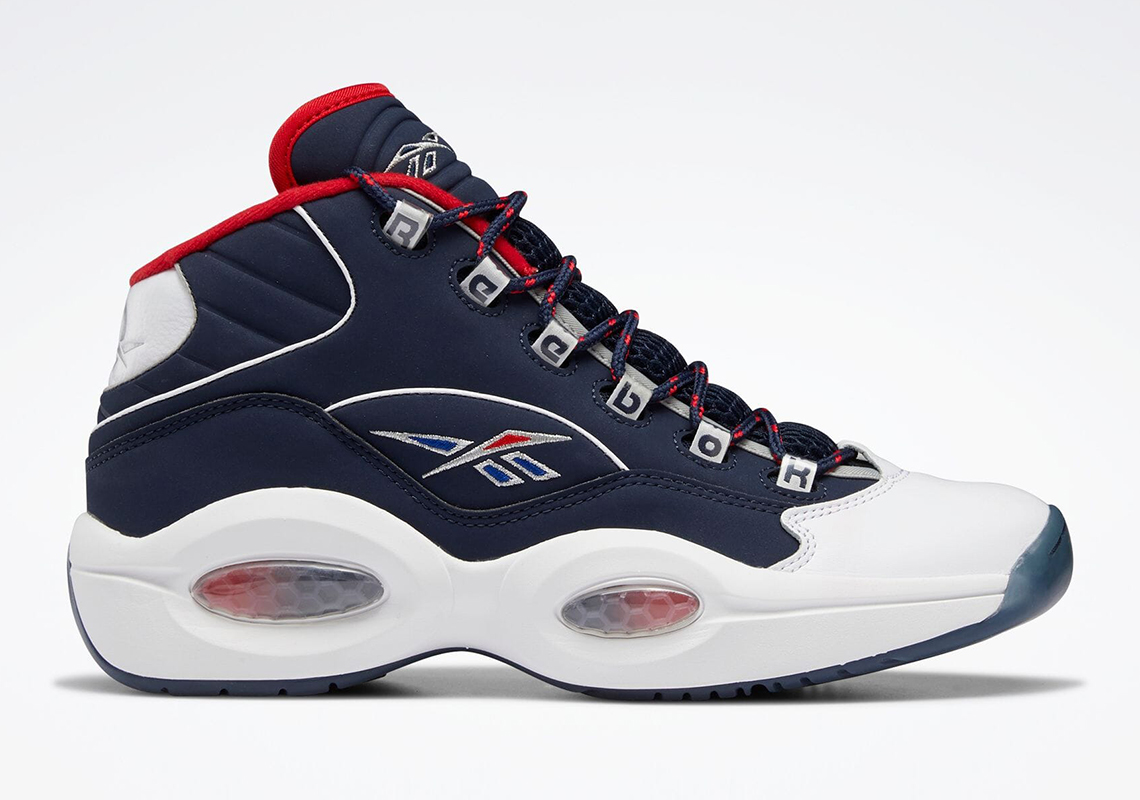 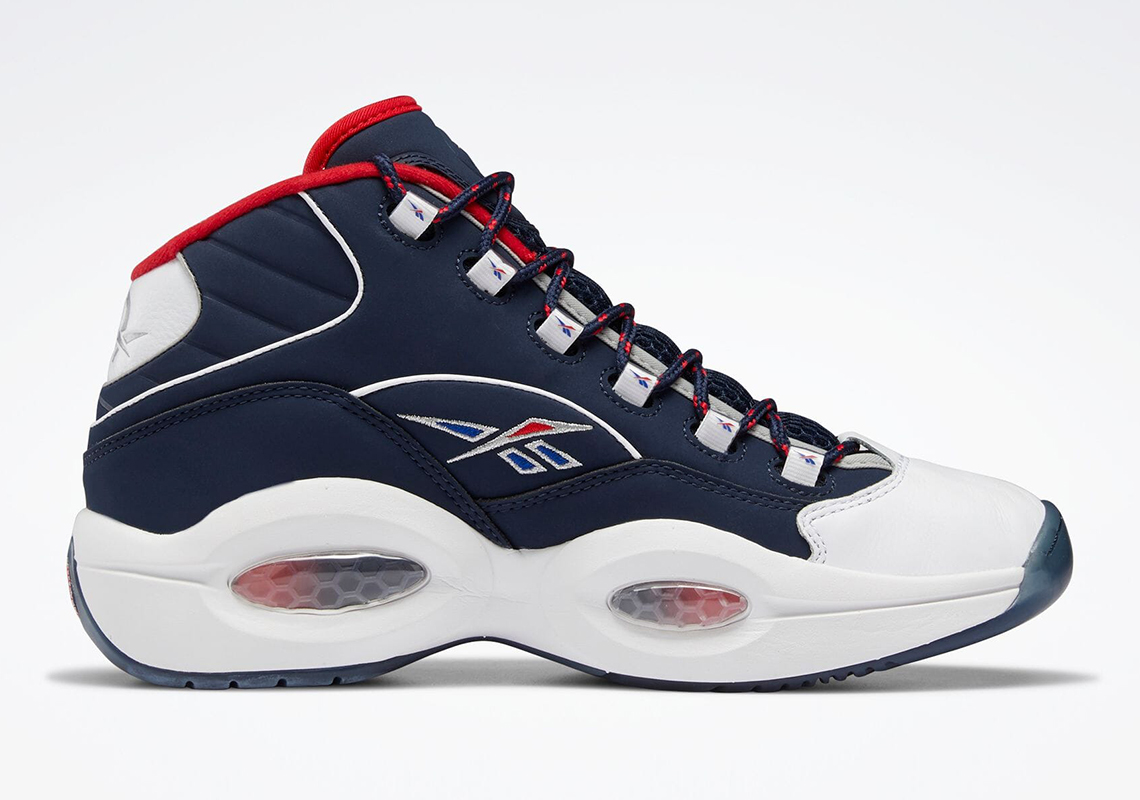 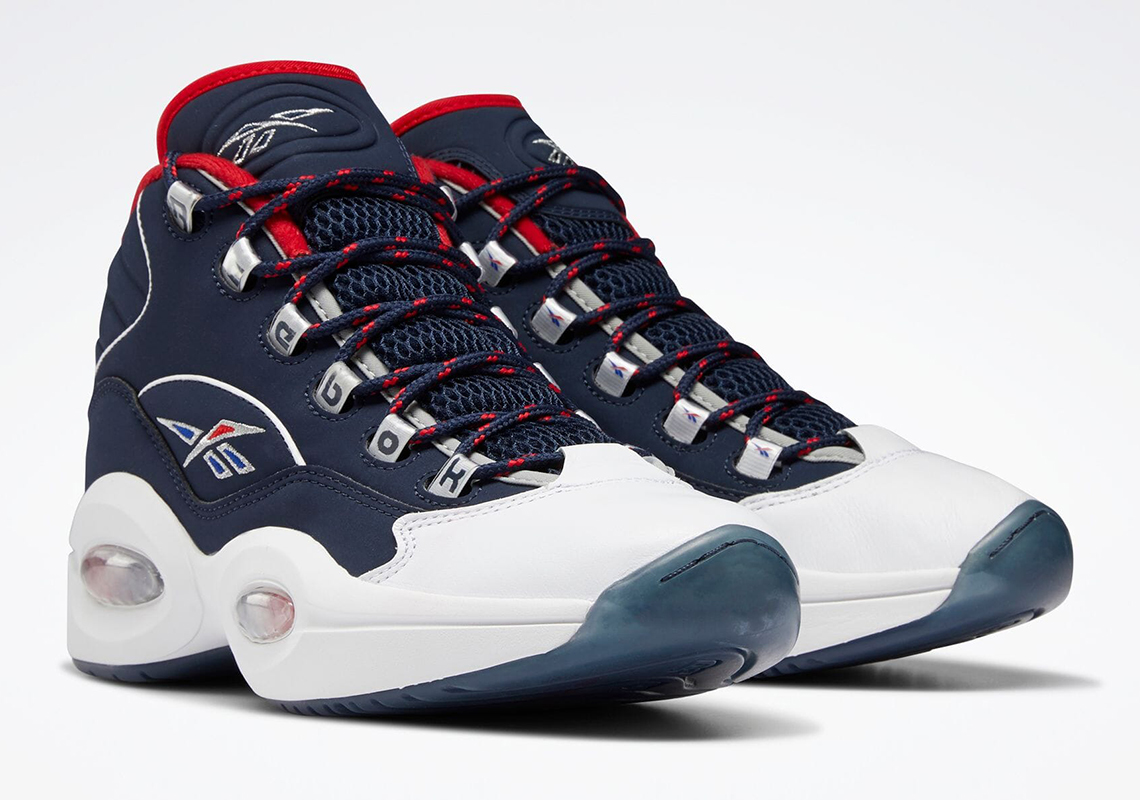 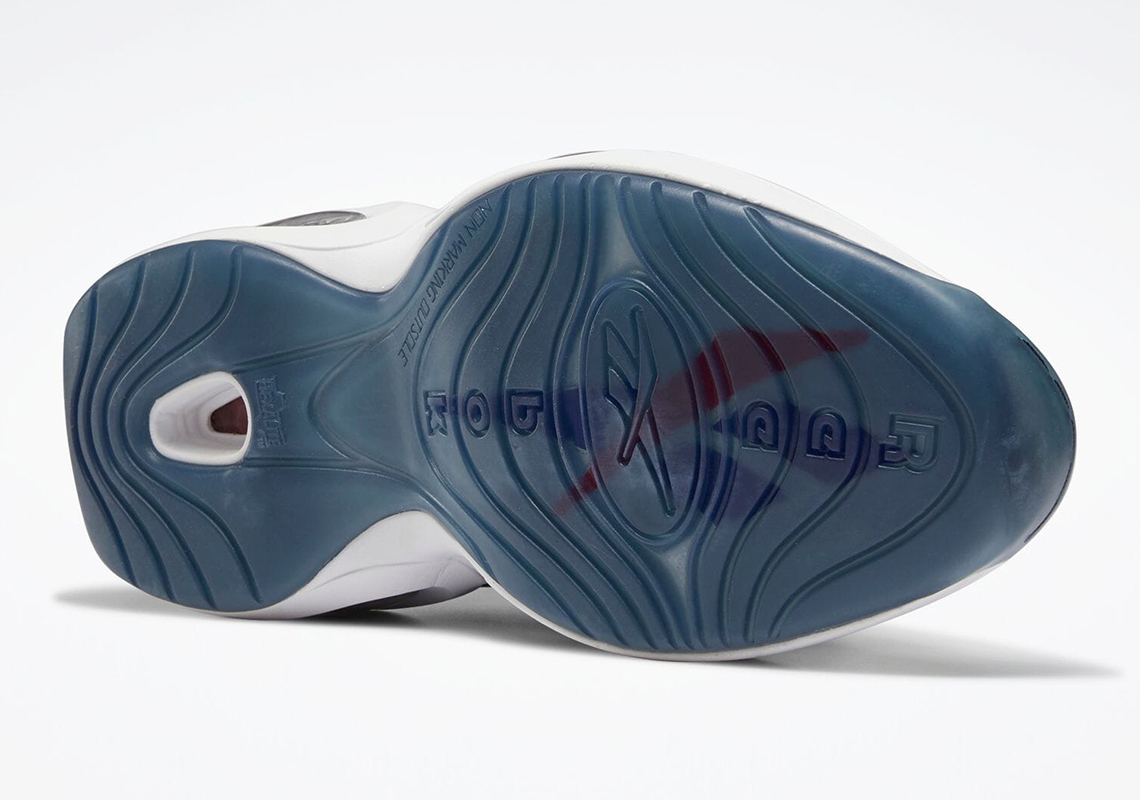 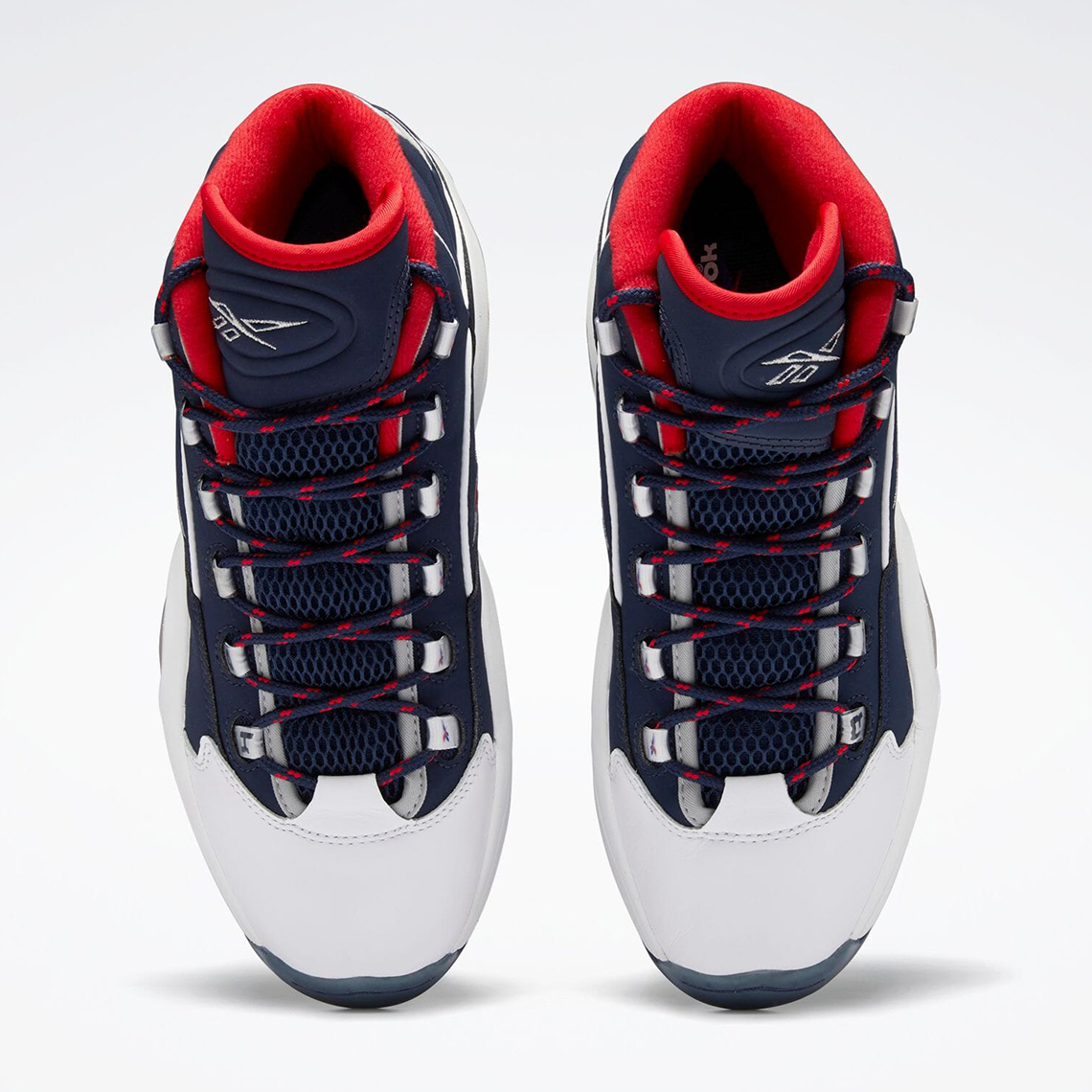 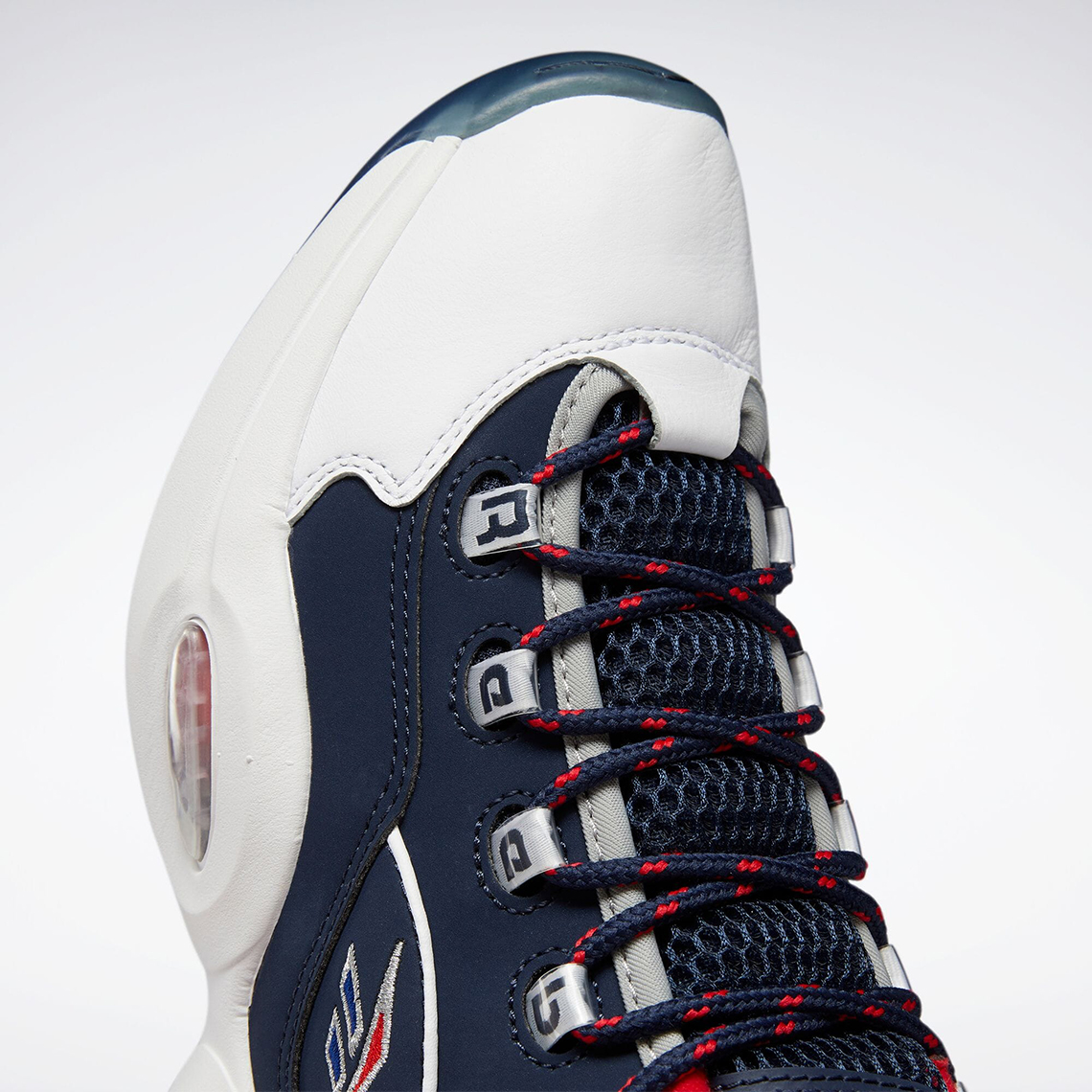 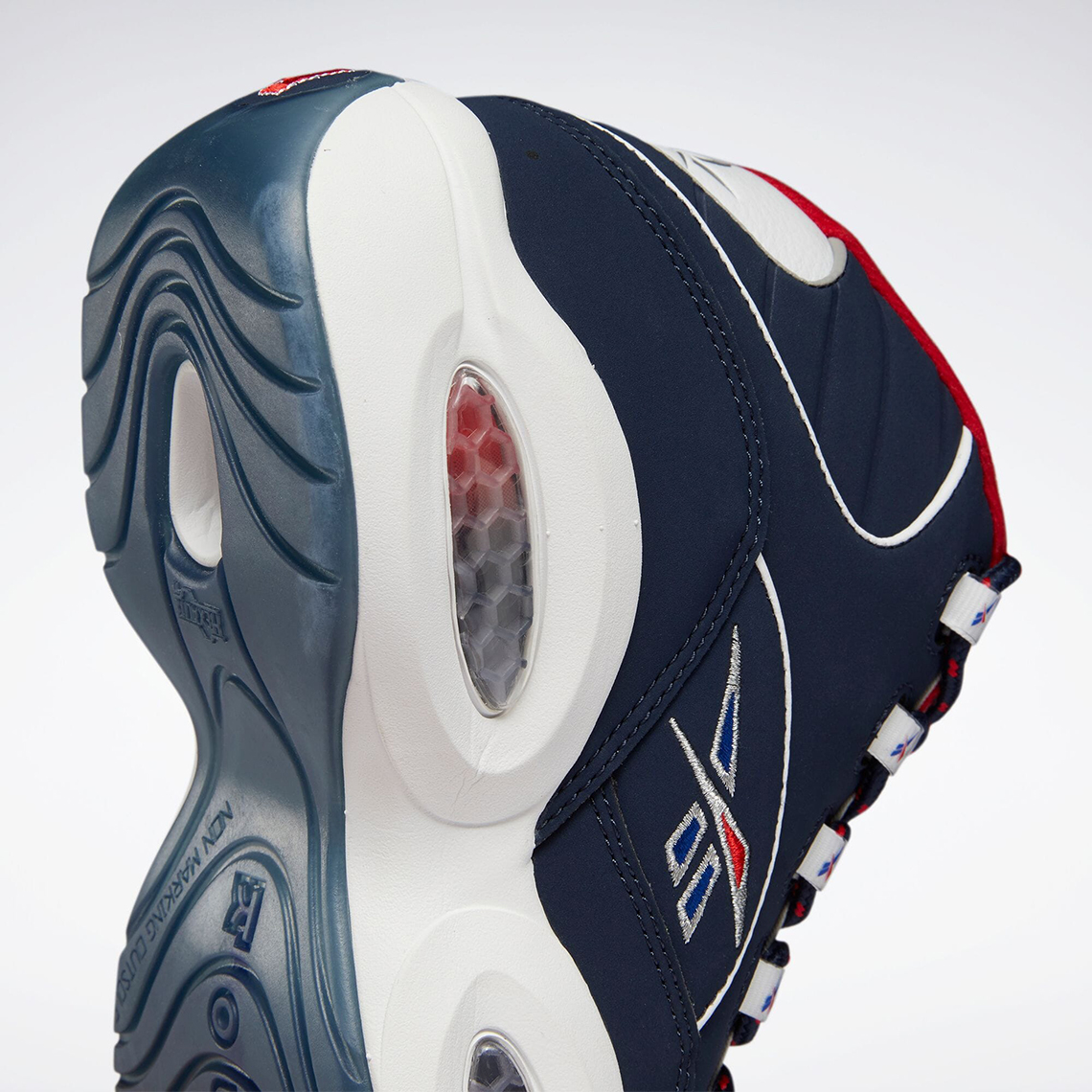