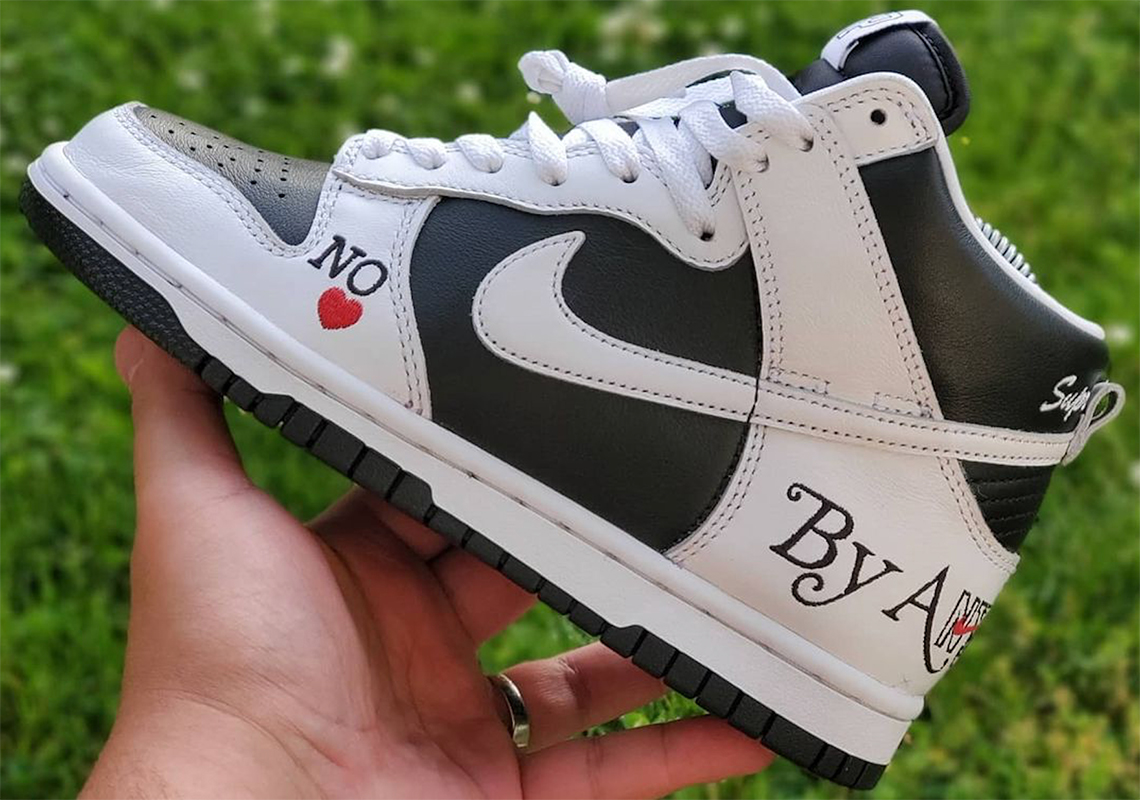 Due to their penchant for selecting silhouettes leaning towards obscurity on the spectrum oof modern relevance, Supreme’s recent run of Nike collaborations haven’t quite lived up to the extremes of hype like their past projects have managed to achieve. Things are about to change, however, as we get a first look at an apparent sample of a Supreme x Nike Dunk High. While the street/fashion label has essentially established itself among the elite when it comes to SB Dunk co-op designs, they’ve actually never released a Dunk to the public. There was an unreleased Dunk that surfaced back in 2017 that was rumored to be made for Supreme employees.

Utilizing a simple white/black base, the Supreme Dunk High is rife with classic Supreme typeface and slogans, including the By Any Means Necessary on the heel that inserts a remixed version of John Jay’s Nike NYC logo, the “SUP” on the tongue, and “Supreme Team” on the upper heel. At the forefoot is a “No <3”, an antithesis to the iconic “I <3 NY” created by Milton Glaser.

As of now there is no confirmed release information, but we suspect that if these ever do arrive to market, there will possibly be multiple colorways as Supreme tends to cluster their collaborations with color options. Check out the photos ahead and stay tuned for updates. 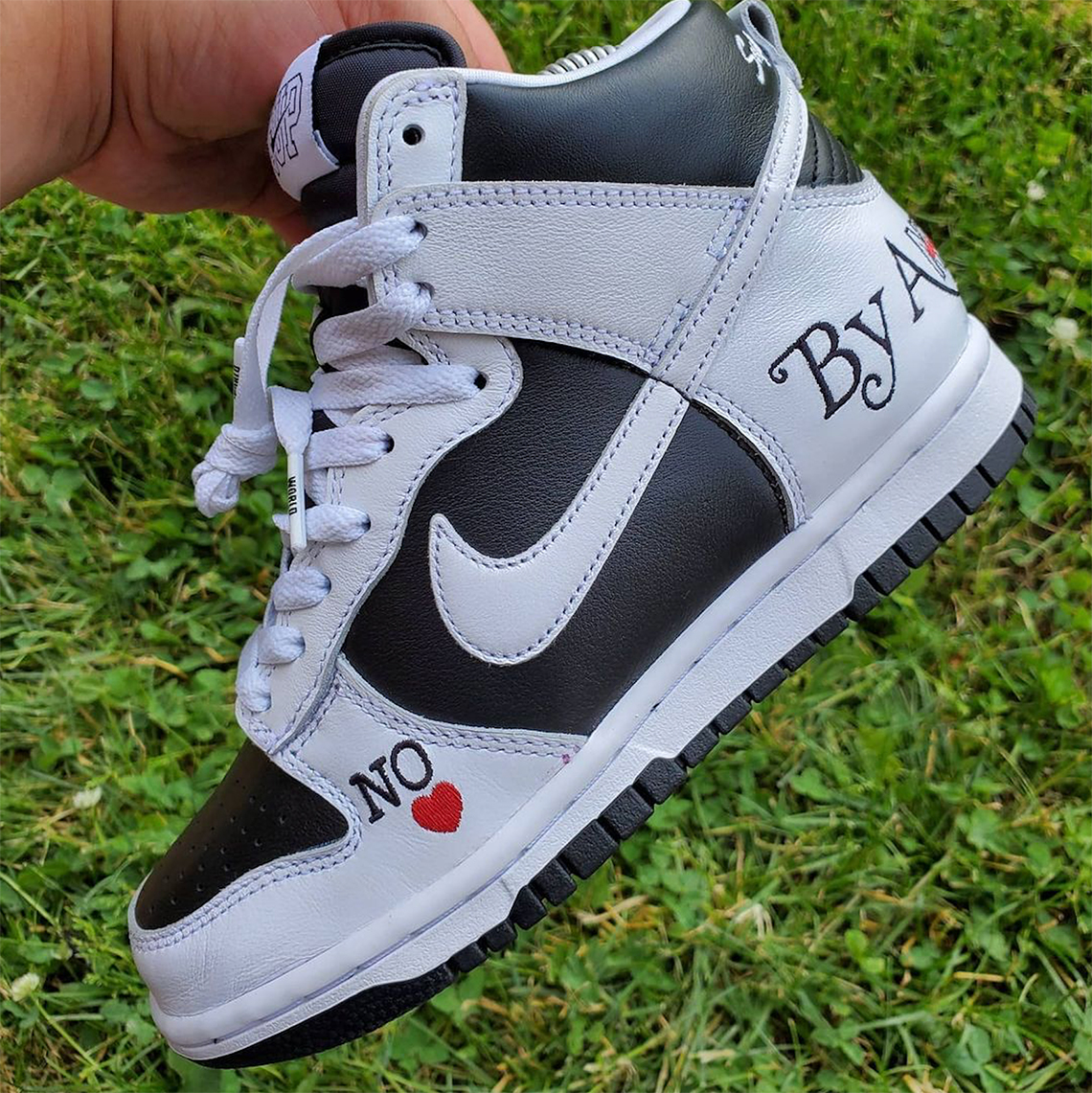 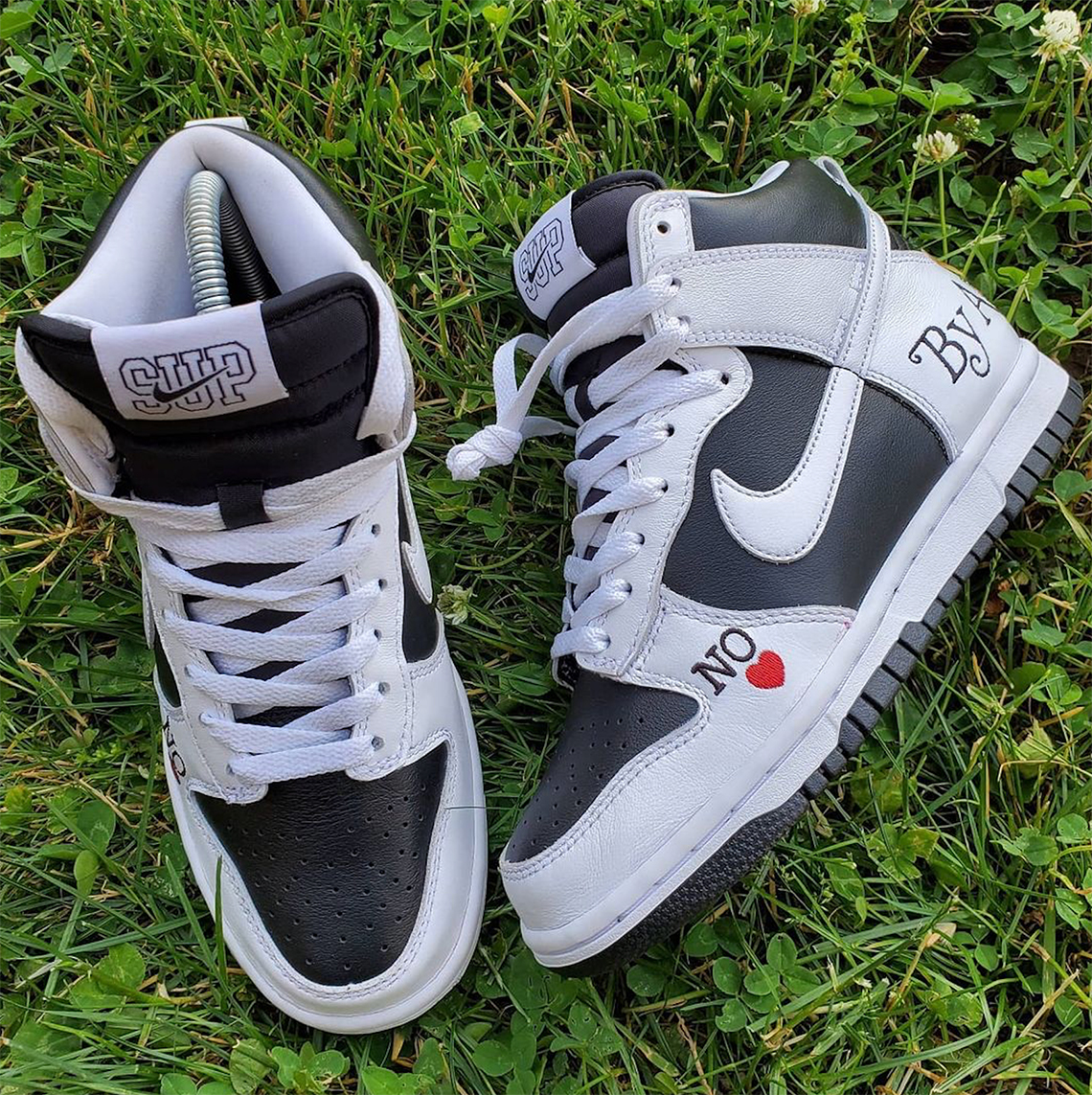 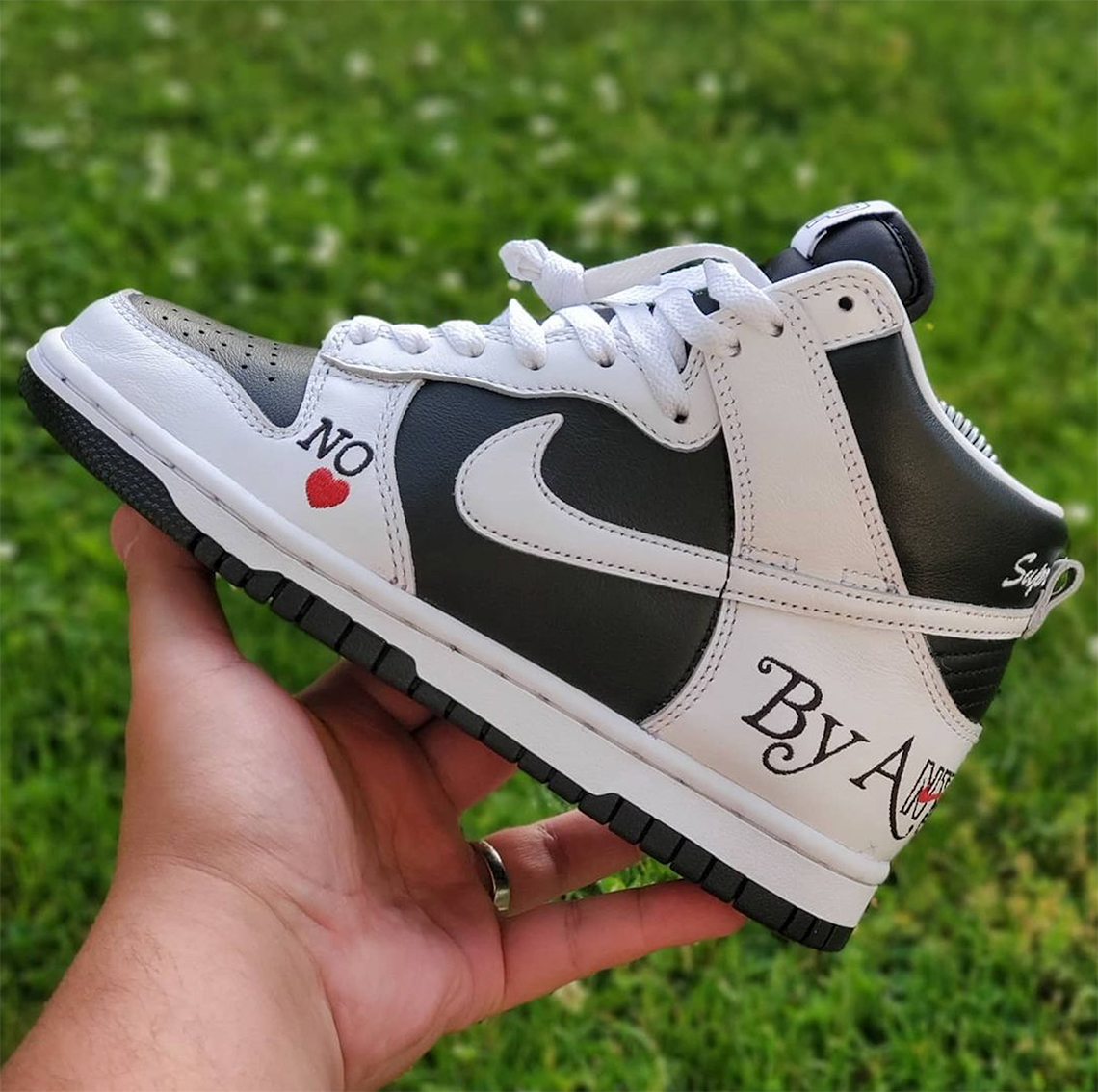 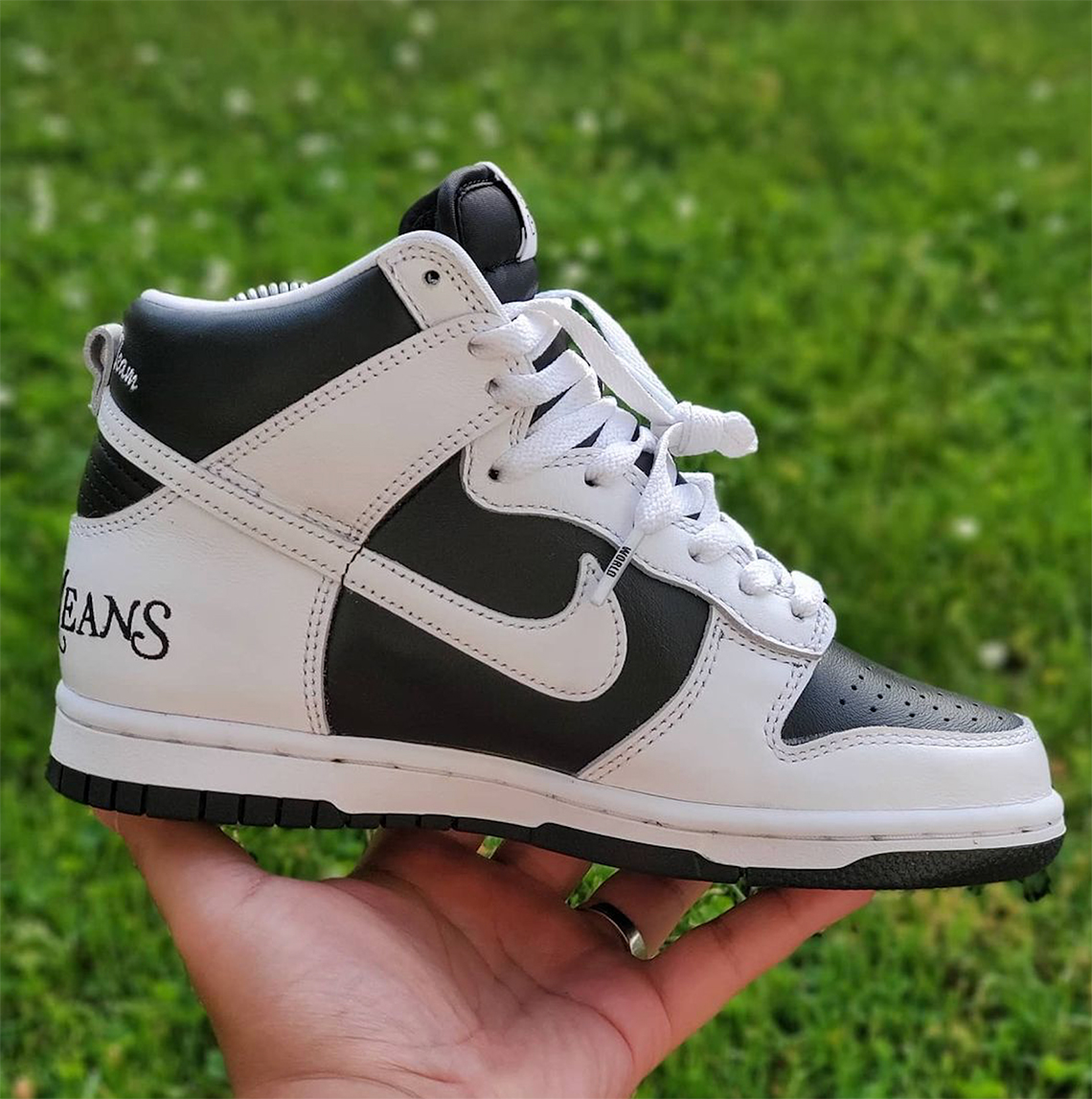 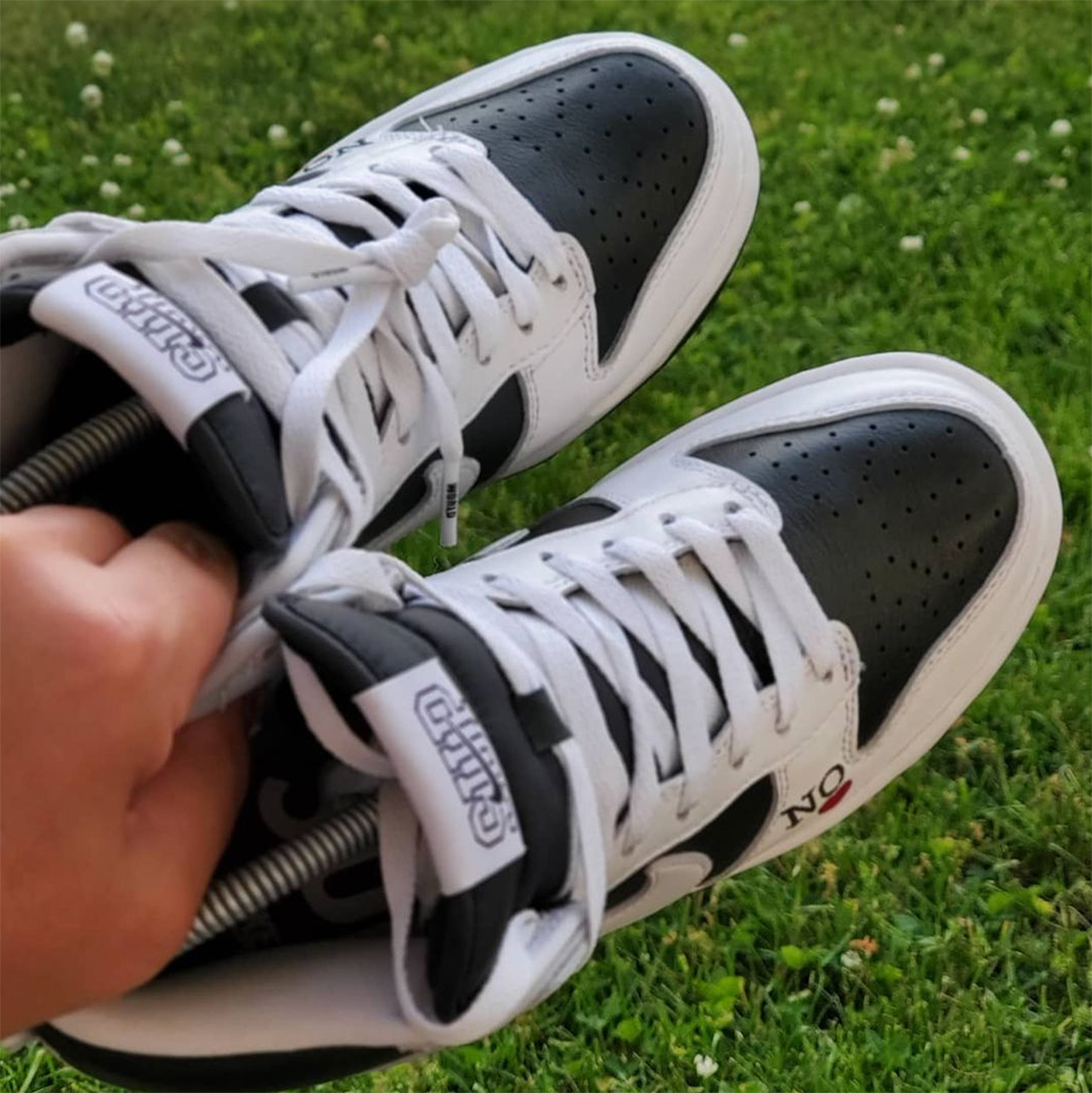 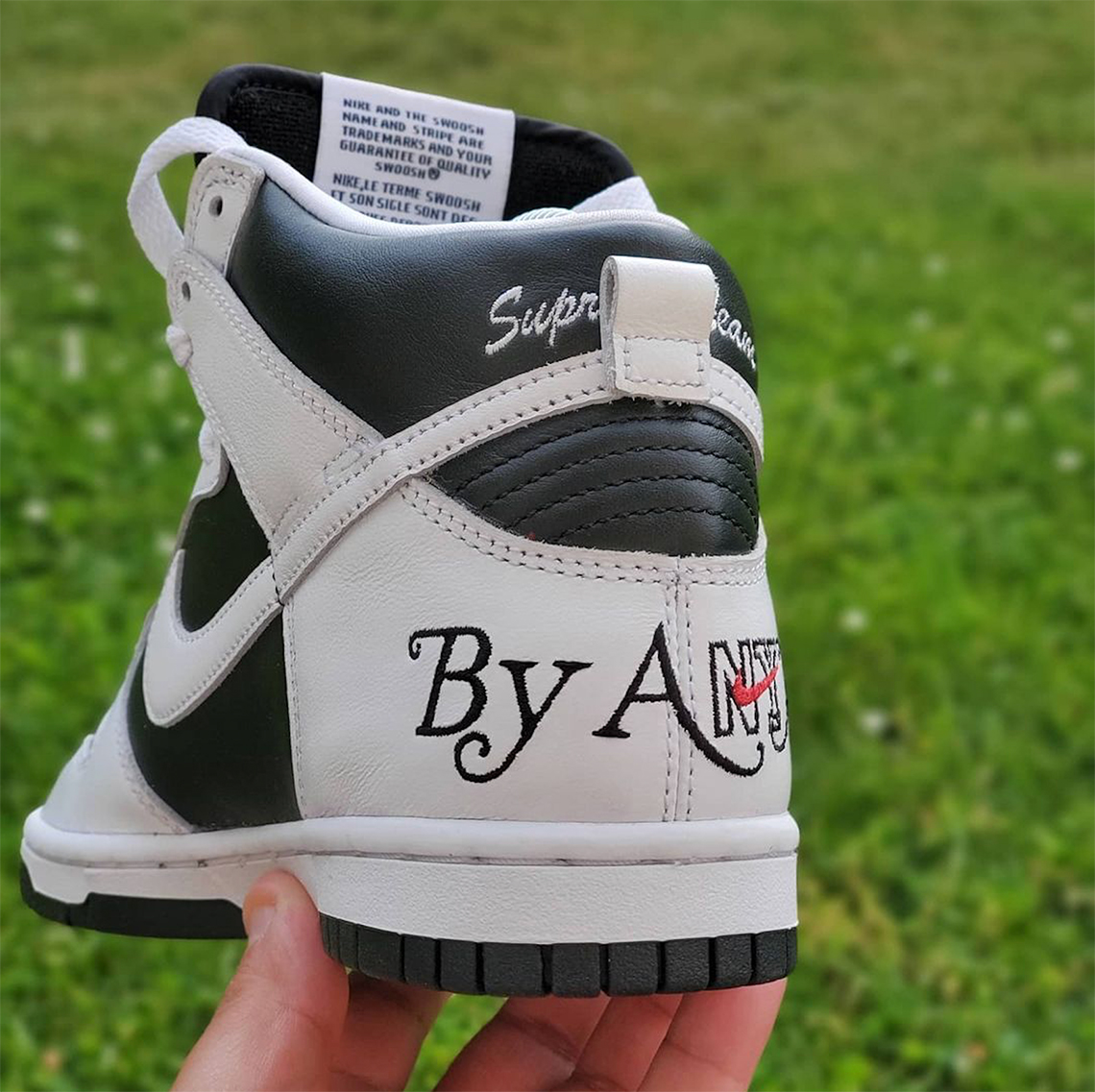 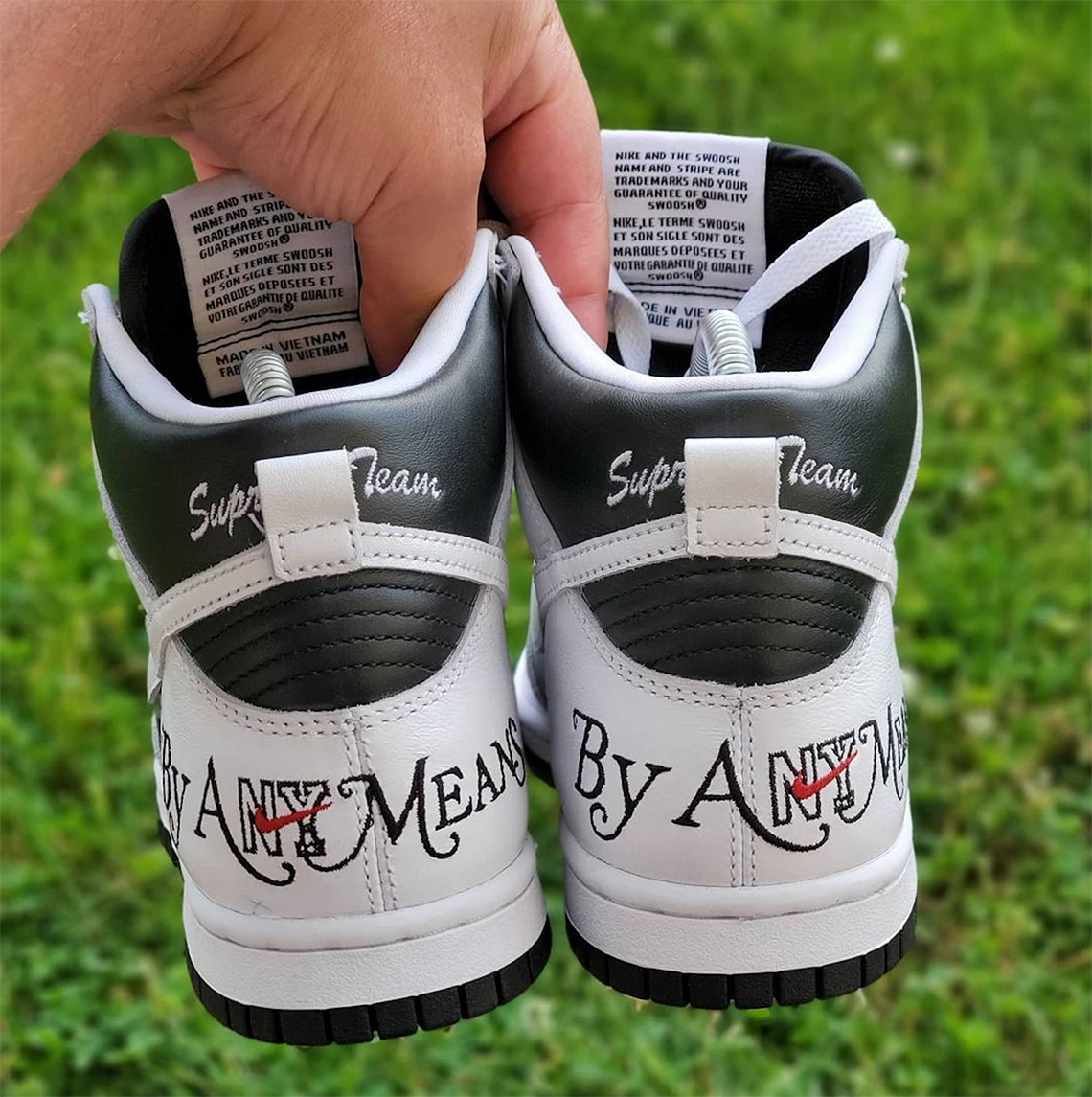 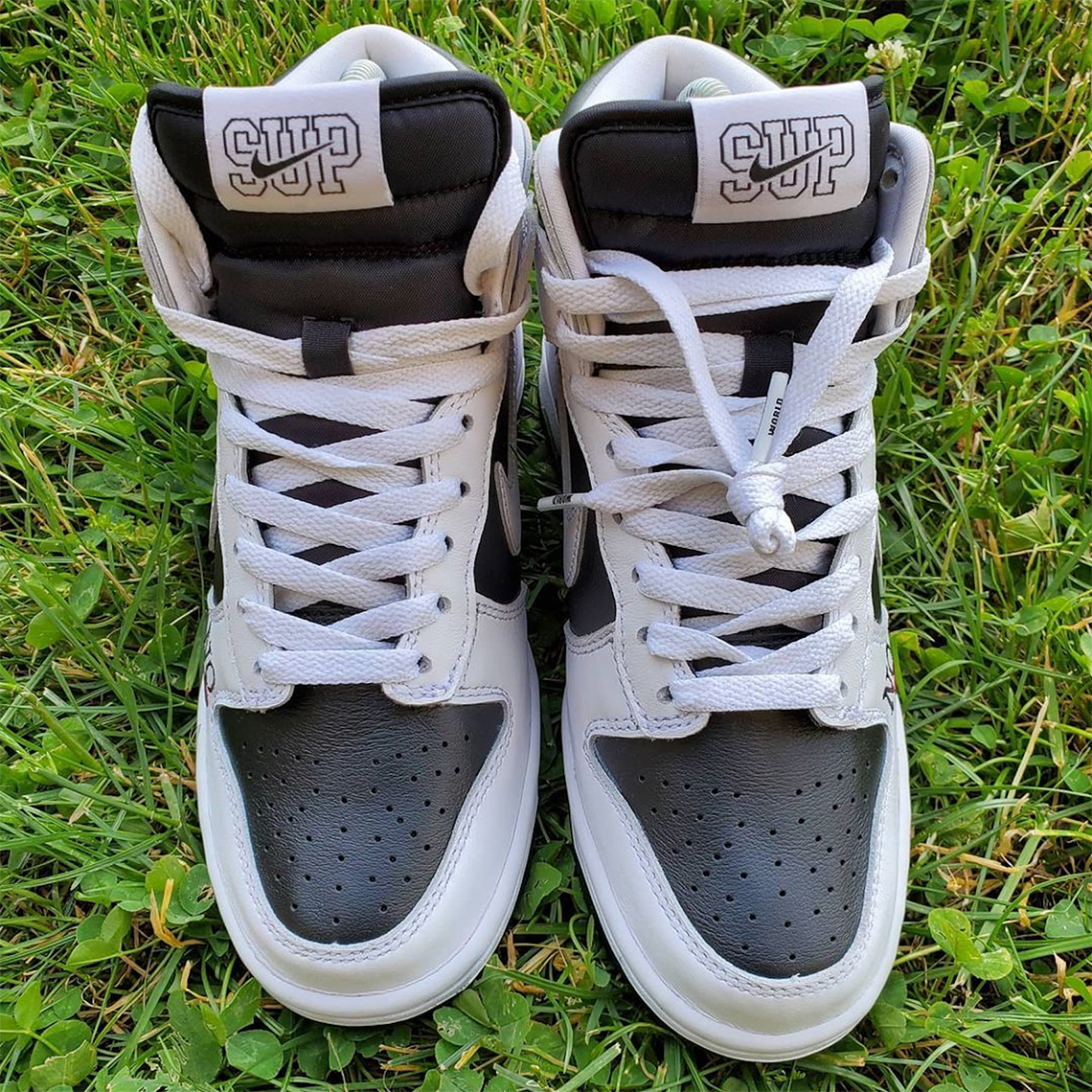 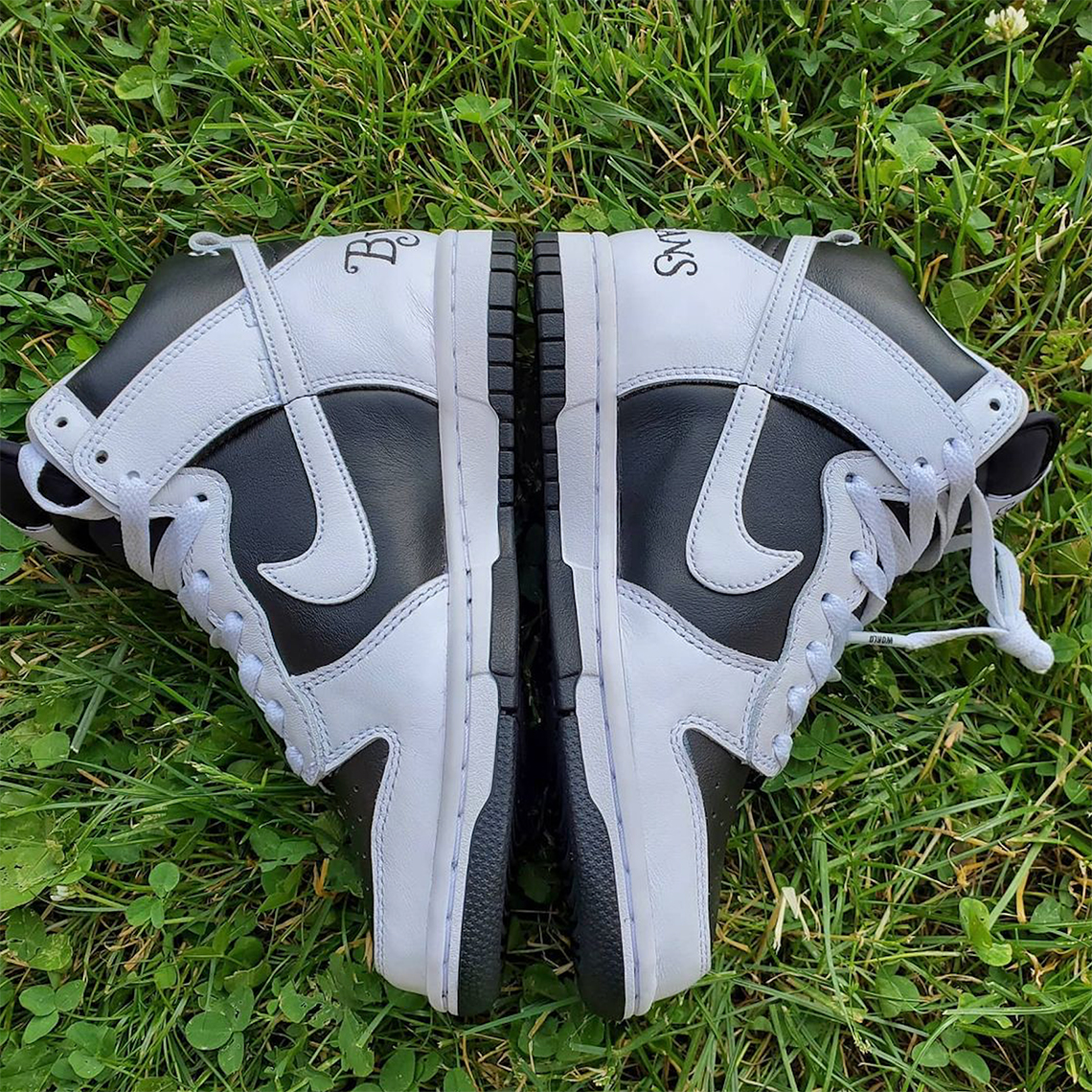 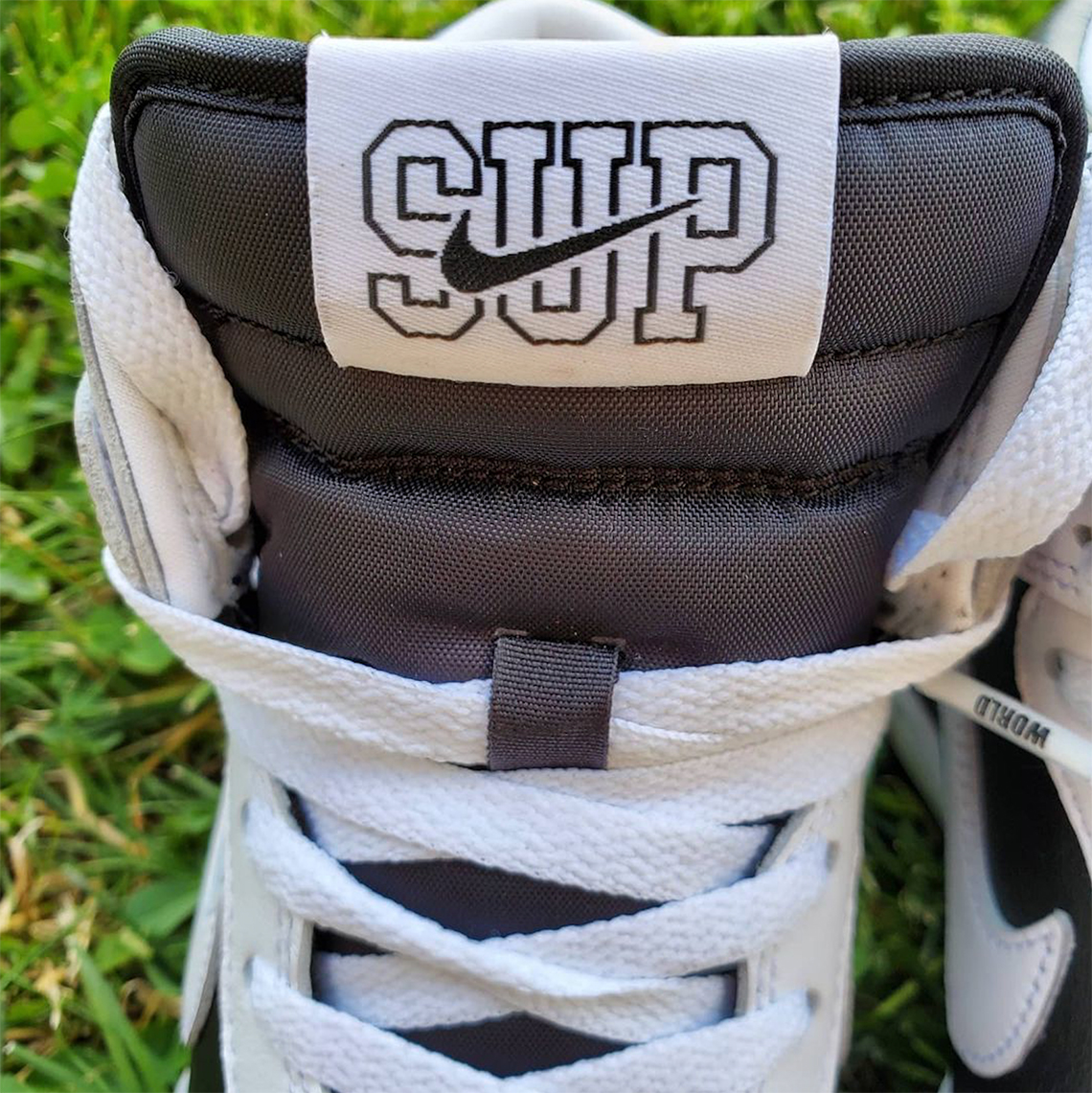