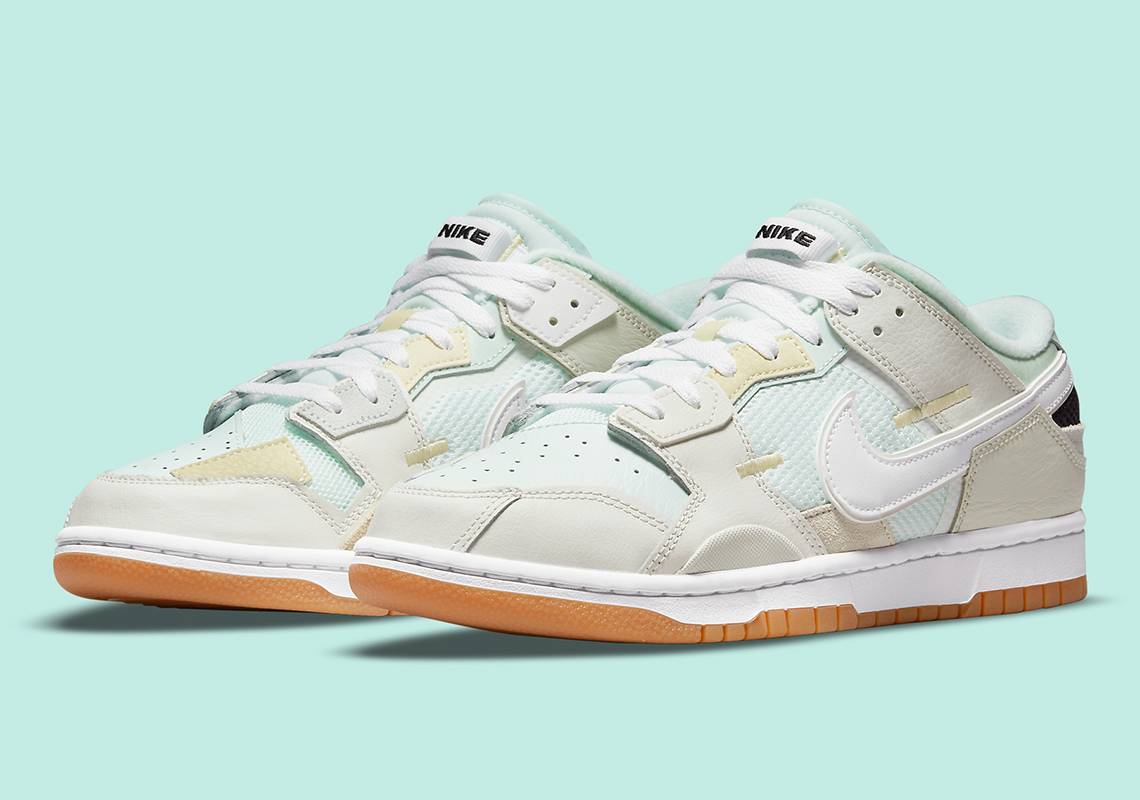 The term “scrap” is often not far behind Nike’s sustainable releases. And with the aptly named Dunk Low Scrap, the brand is taking the “Move to Zero” concept to new heights, patchworking together not just select parts but the entire silhouette itself. And while we’ve seen one iteration already, it can barely rival this newly unveiled “Sea Glass” colorway.

Through palette, the pair gives off a lighter feel. The leather overlays, which arrive featuring additional layers at certain points, are doused in the titular shade, while complementing hits of white dress adjacent atop the Swoosh, lace unit, and midsole. Elsewhere, gum bottoms lay out underfoot and “Seafoam” adds a minty finish to the toe, collar, and mesh-constructed mid-panel.

For a closer look, see the detailed, retailer image below. A release date, while currently TBD, should be announced shortly.

In other news, the Nike SB Dunk High Kebab And Destroy is releasing this week. 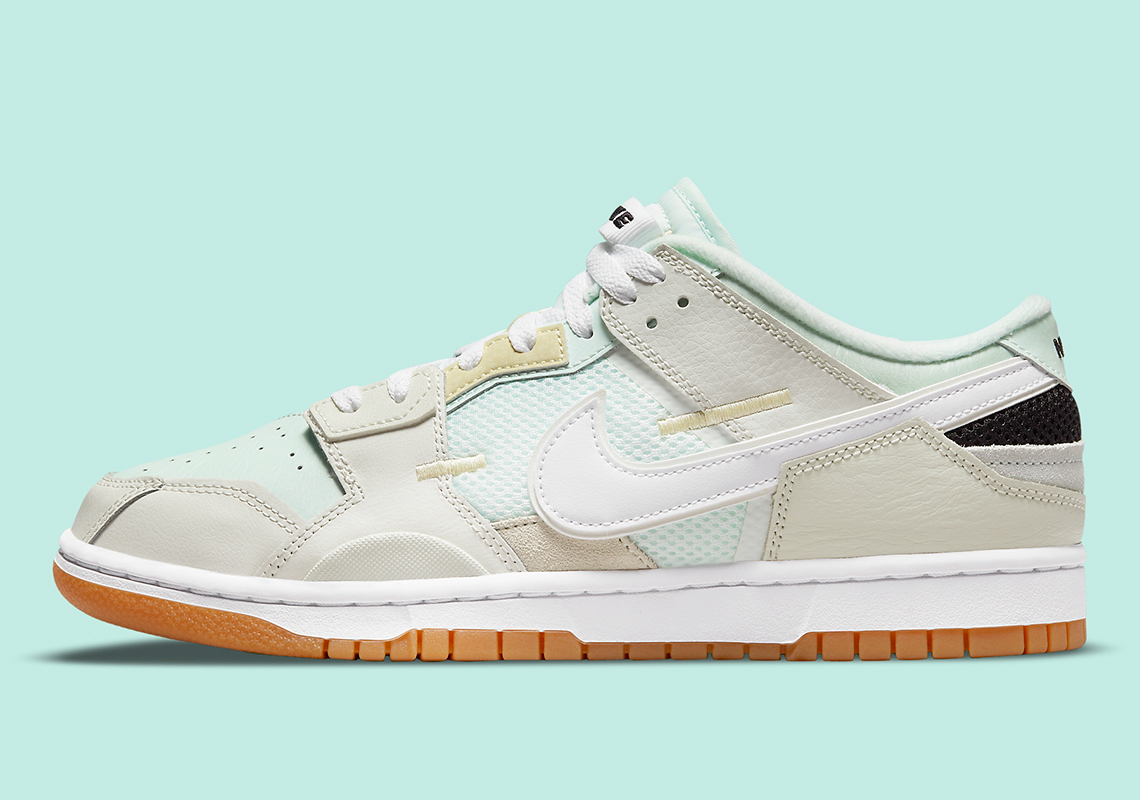 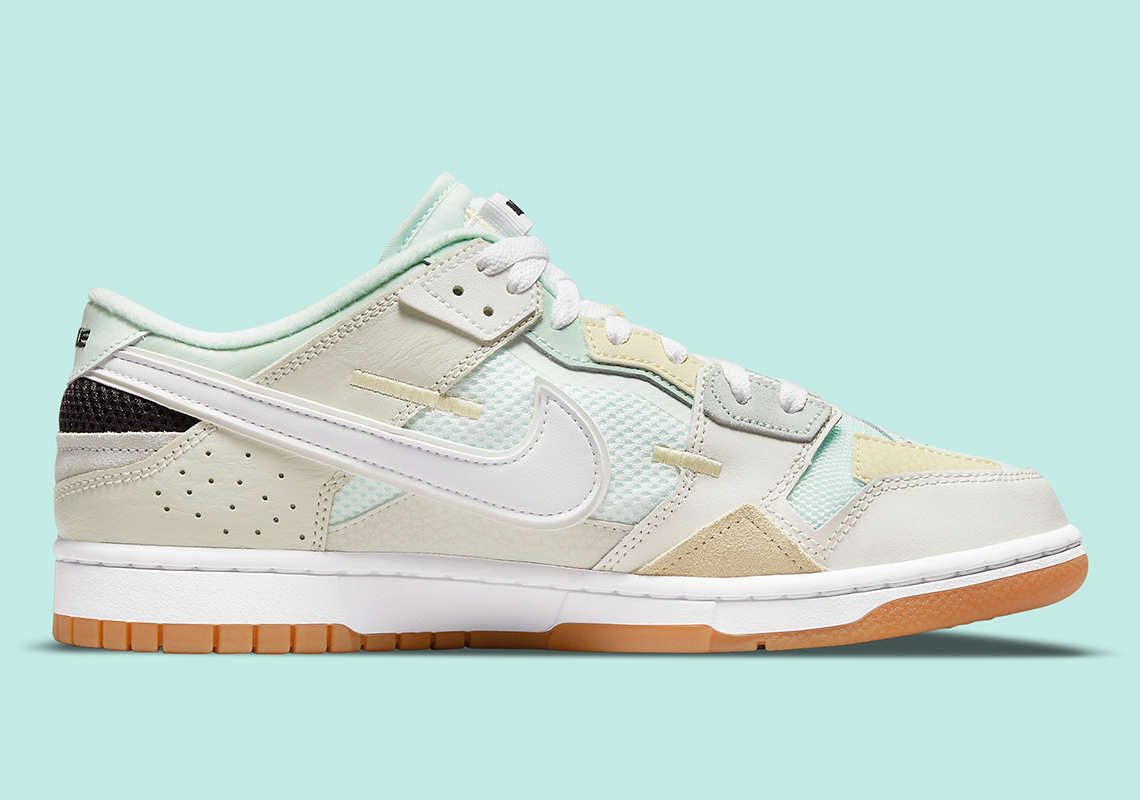 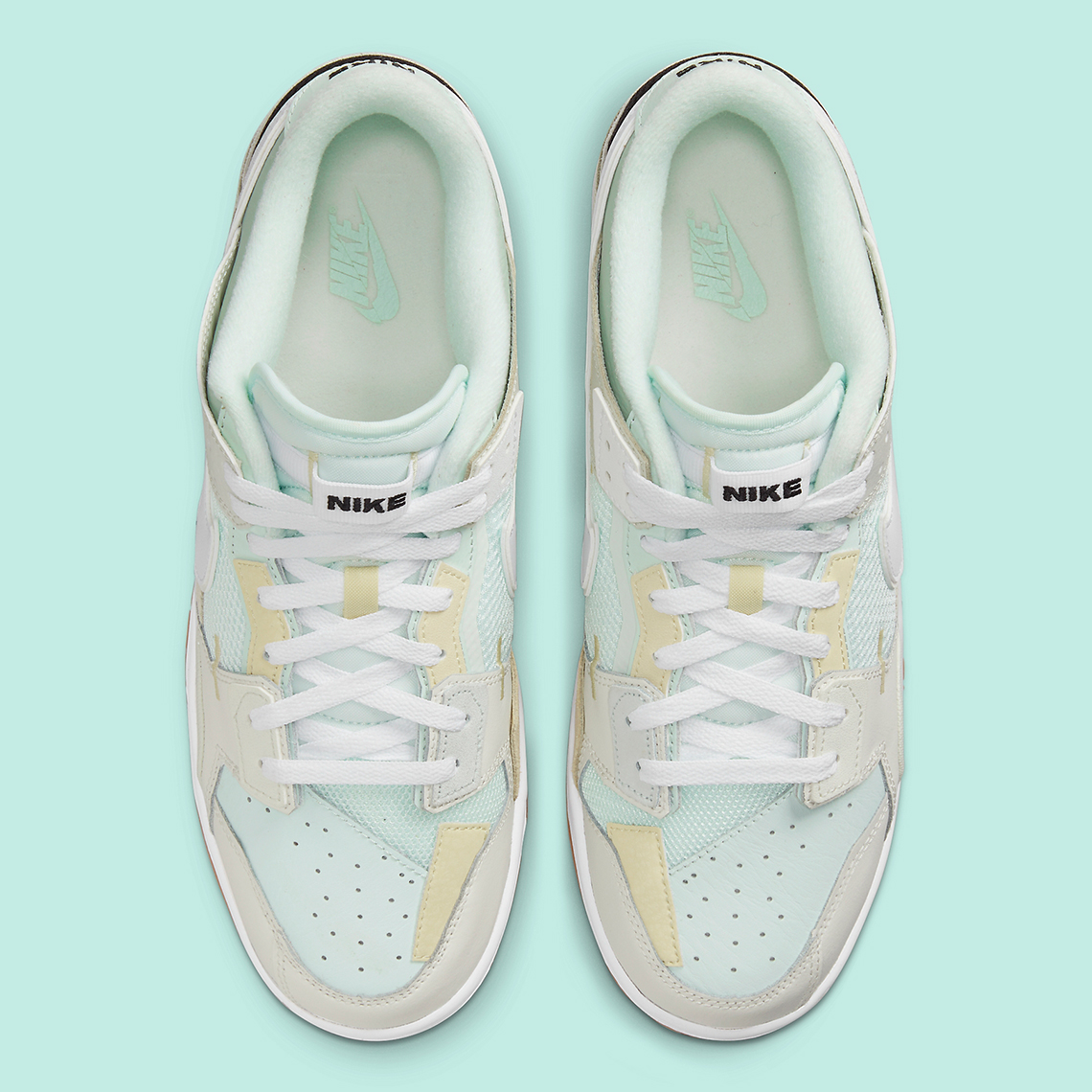 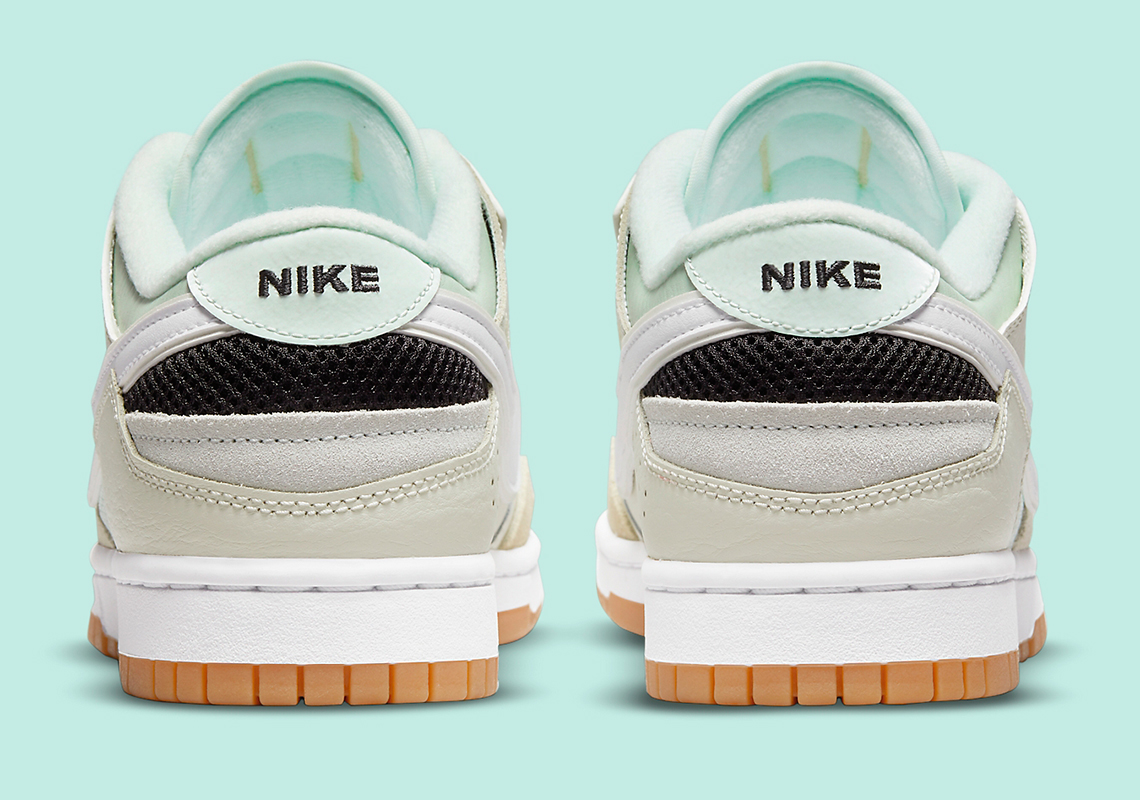 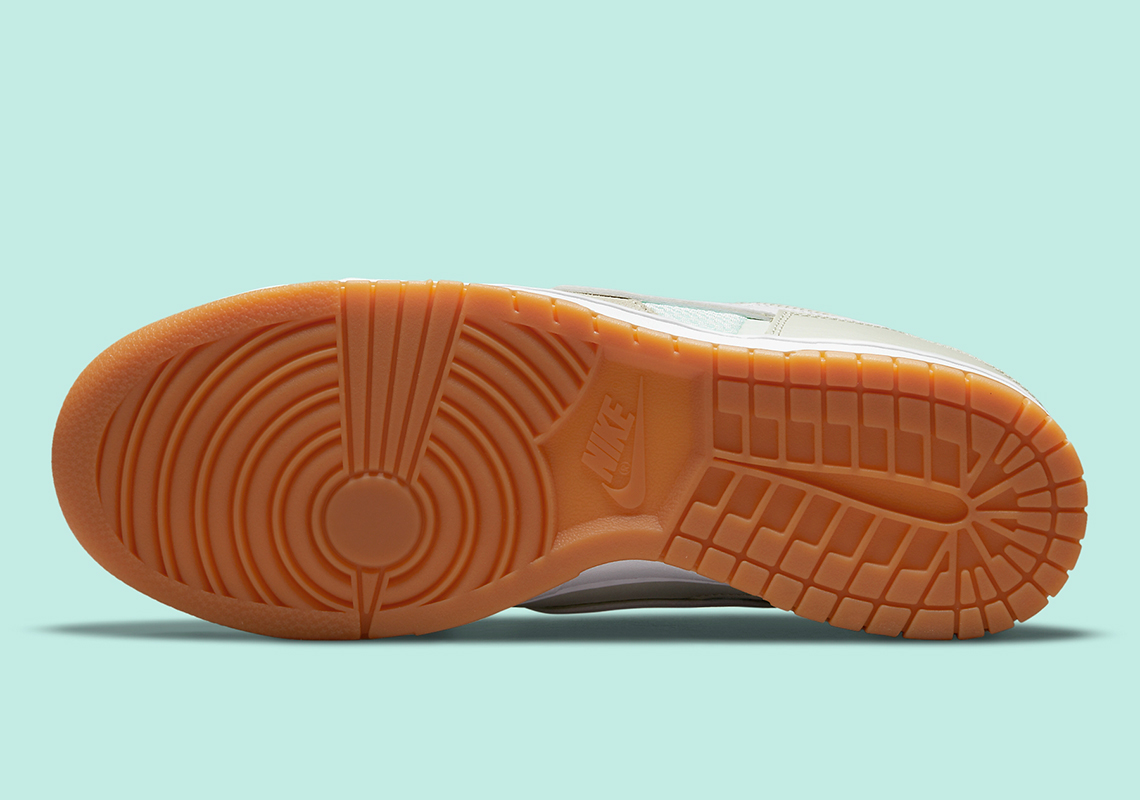 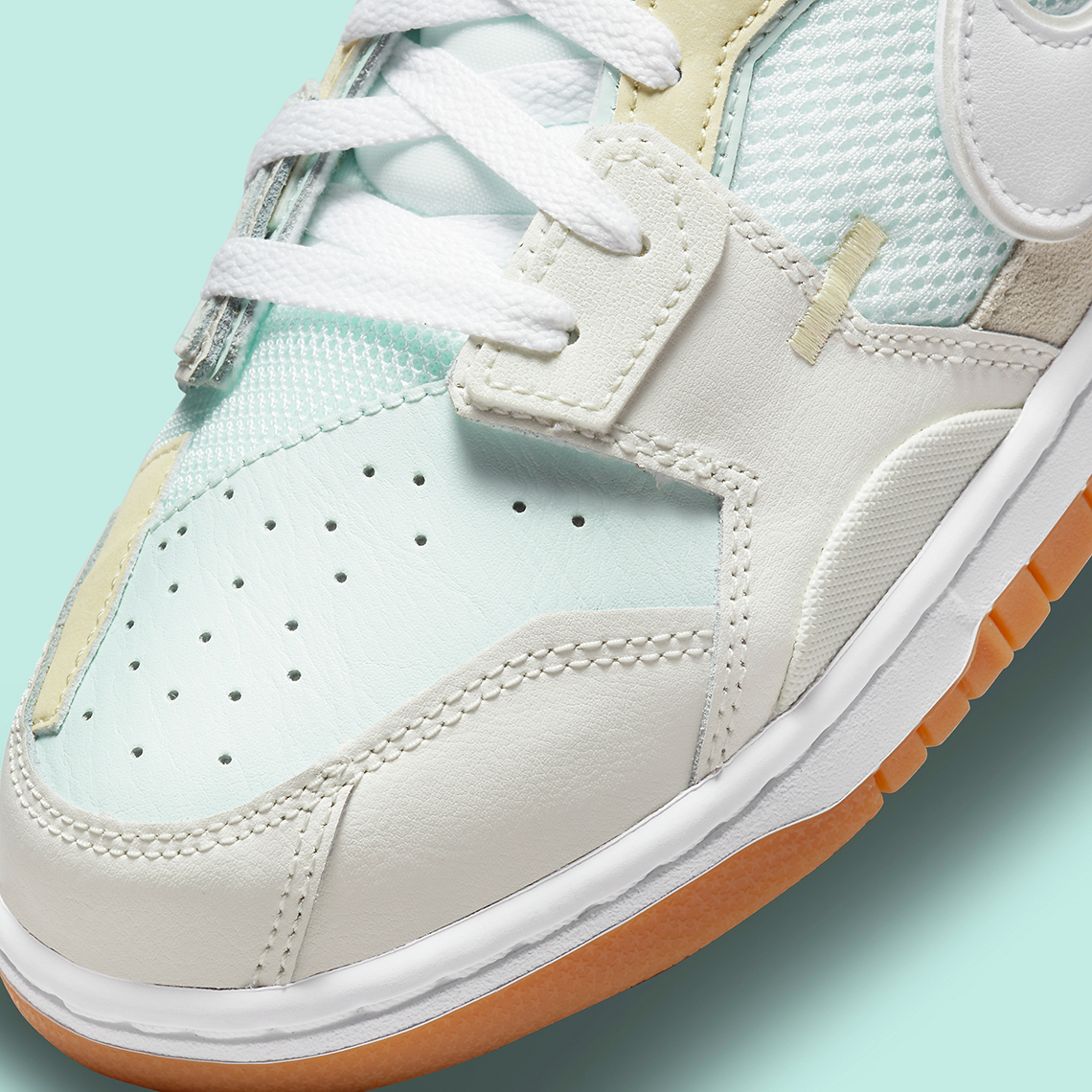 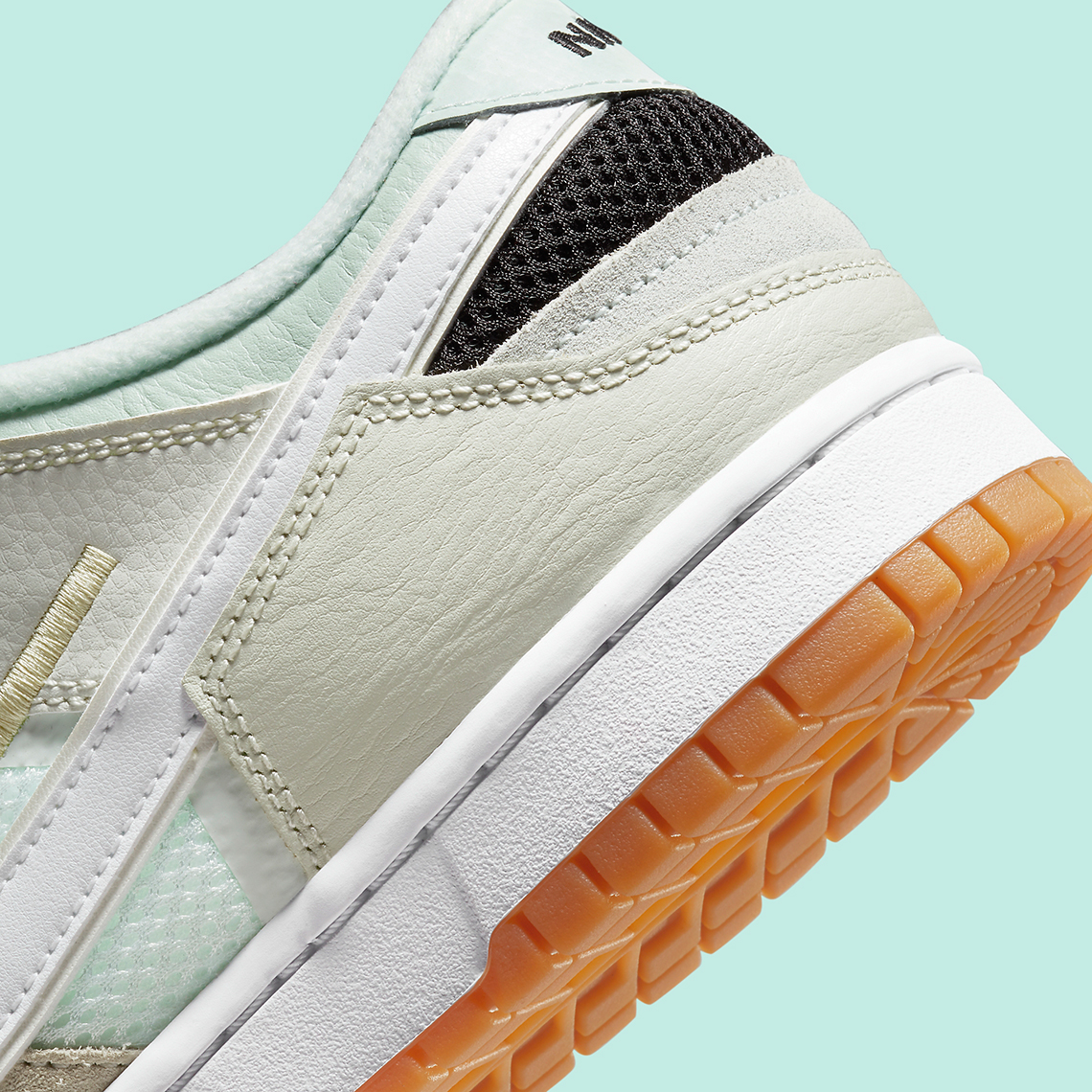