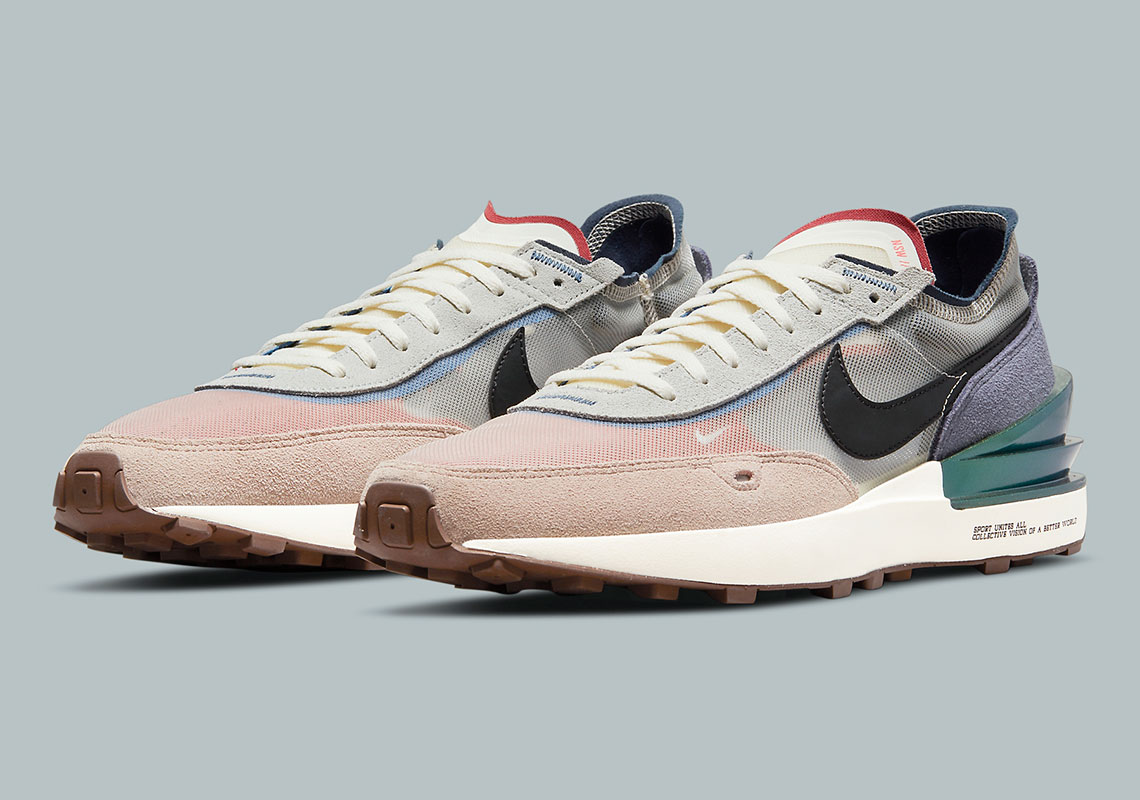 Sports and Chinese philosophy—in what way could these two themes possibly be related? Nike has an answer of their own and details their stance not via a seminar-style discussion, but through a new pack of footwear designs. With models such as the Nike Air Force 1 and the Nike Zoom Type already included in the collection, the pack depicts sports as a way to achieve what classical Chinese philosophers have dubbed “Great Unity”—a utopian vision of the world where peace prevails among everyone and everything. The Swoosh continues to embrace their beliefs by adding the Nike Waffle One to the “The Great Unity” pack.

The pair is composed of a white ultra-fine mesh upper that sees layers of red and navy peeking from underneath at the toe and heel, respectively. Muted variations of the aforementioned hues are also applied to the suede overlays around the same areas. Profile Swooshes opt for a clean, black leather build that adds an element of sleekness to the design. But what seems to stand out the most is the stacked heel piece, which uses a duo-chrome, high-shine coloring. On the medial side, Nike’s founding date and place of origin are printed on the heel piece in black. While such text is absent on the lateral side, “SPORTS UNITES ALL, COLLECTIVE VISION OF A BETTER WORLD” is featured on the foam midsole, right below the heel piece. To continue the theme of unity, “The Great Unity” is printed on the heel while the insole sees symbols that are essentially the Swoosh’s branded and athletic takes on graphics found in Chinese philosophy. A classic brown Waffle outsole completes the inspiring style.

Take a closer look at the Waffle One below, which will hit Nike.com in the coming months with a price of $100.

For more by the Swoosh, check out the cream and white Nike Air Force 1 Pixel. 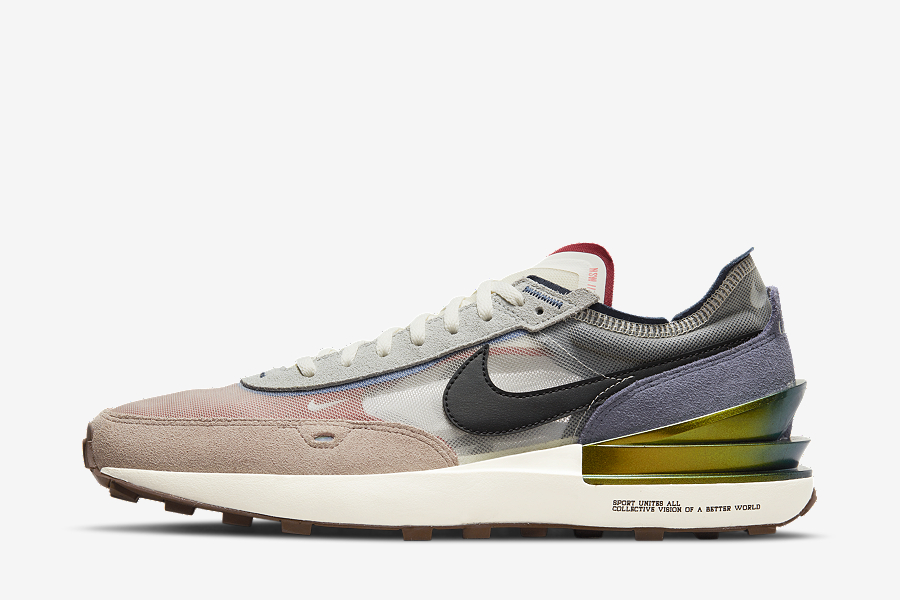 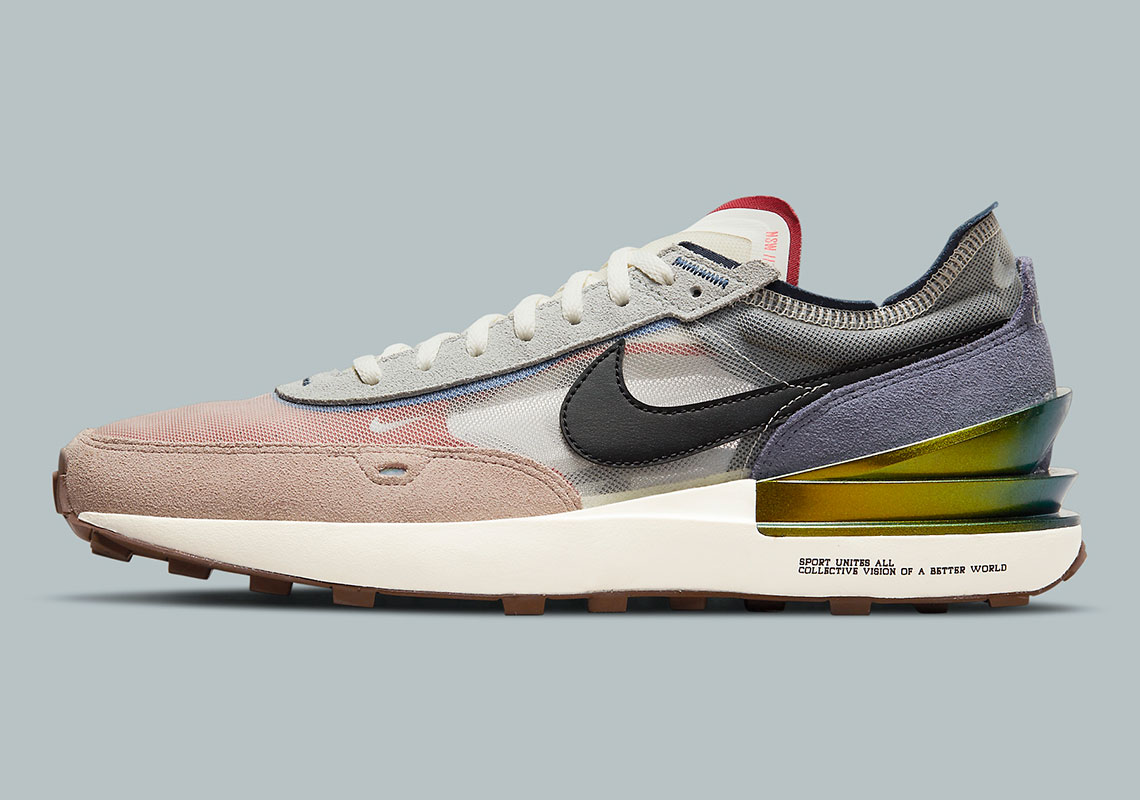 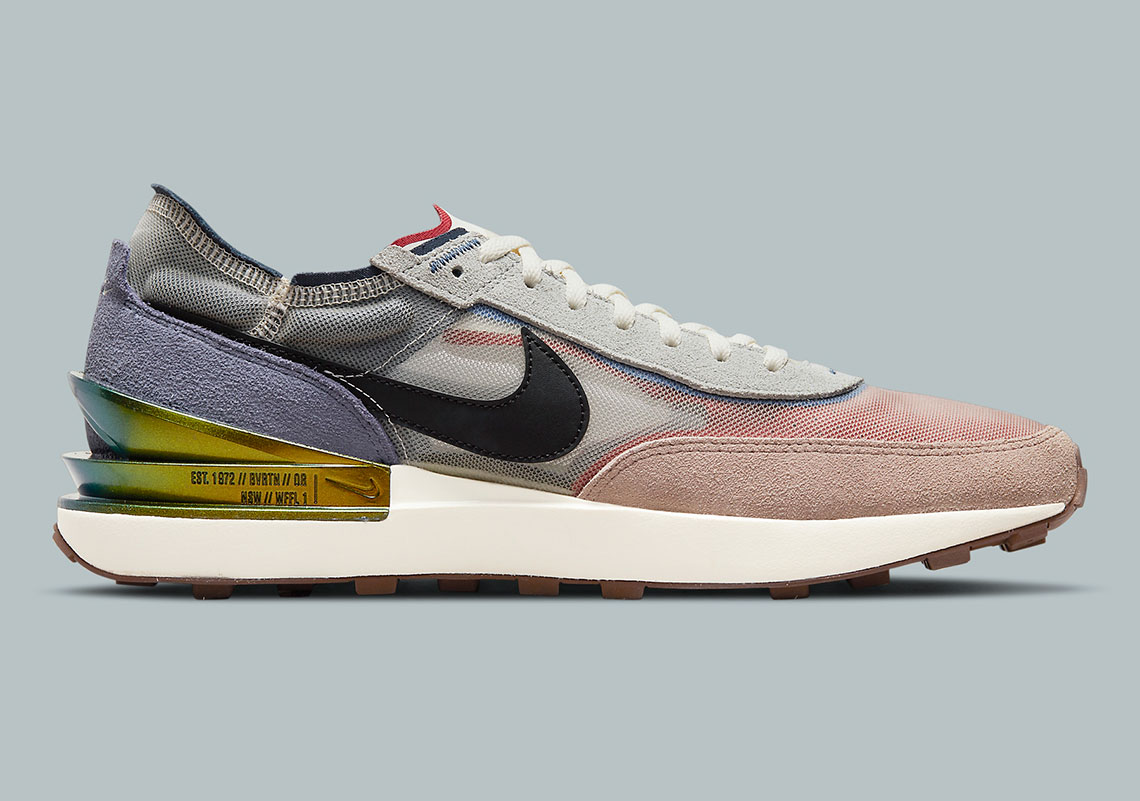 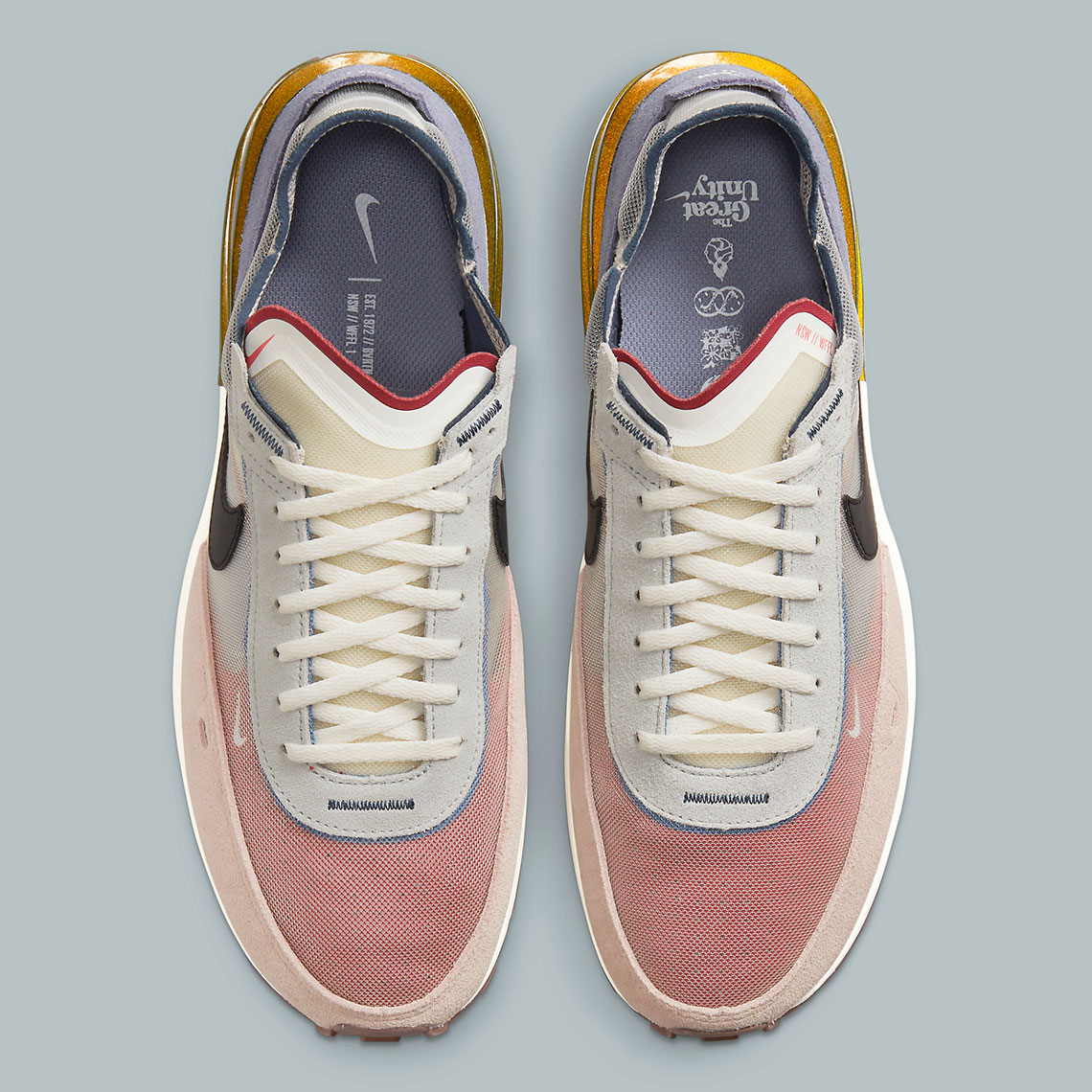 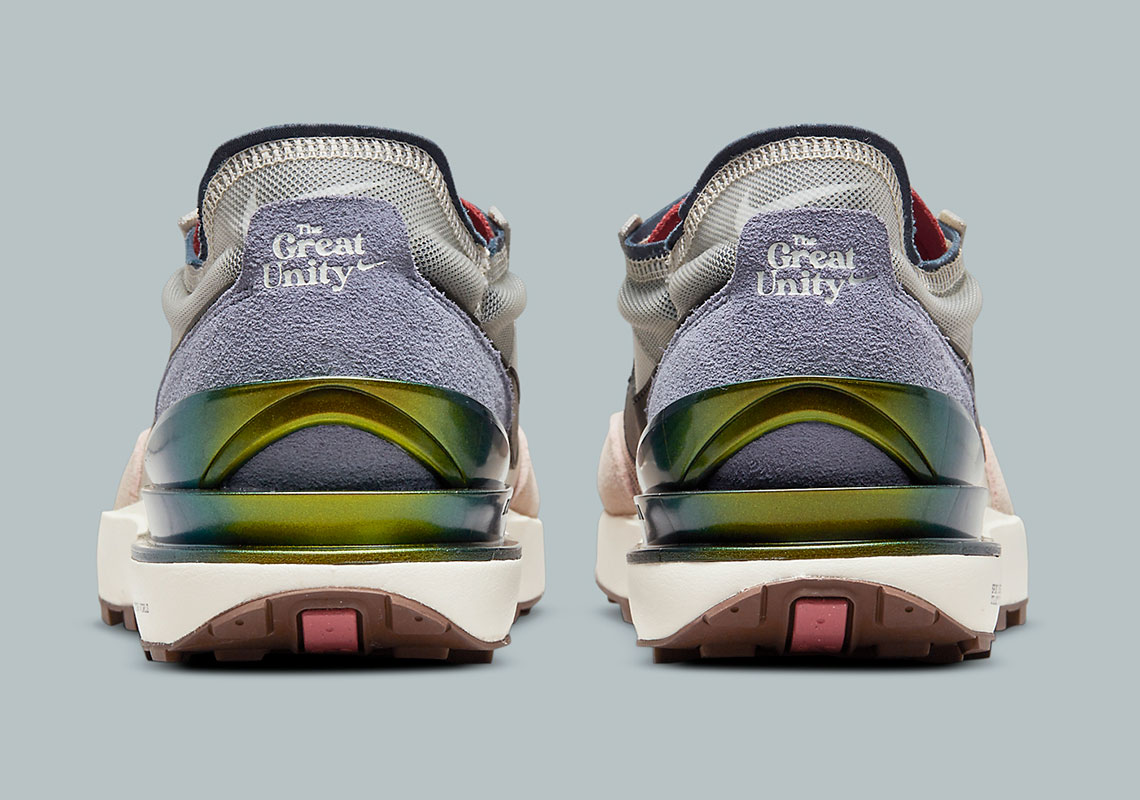 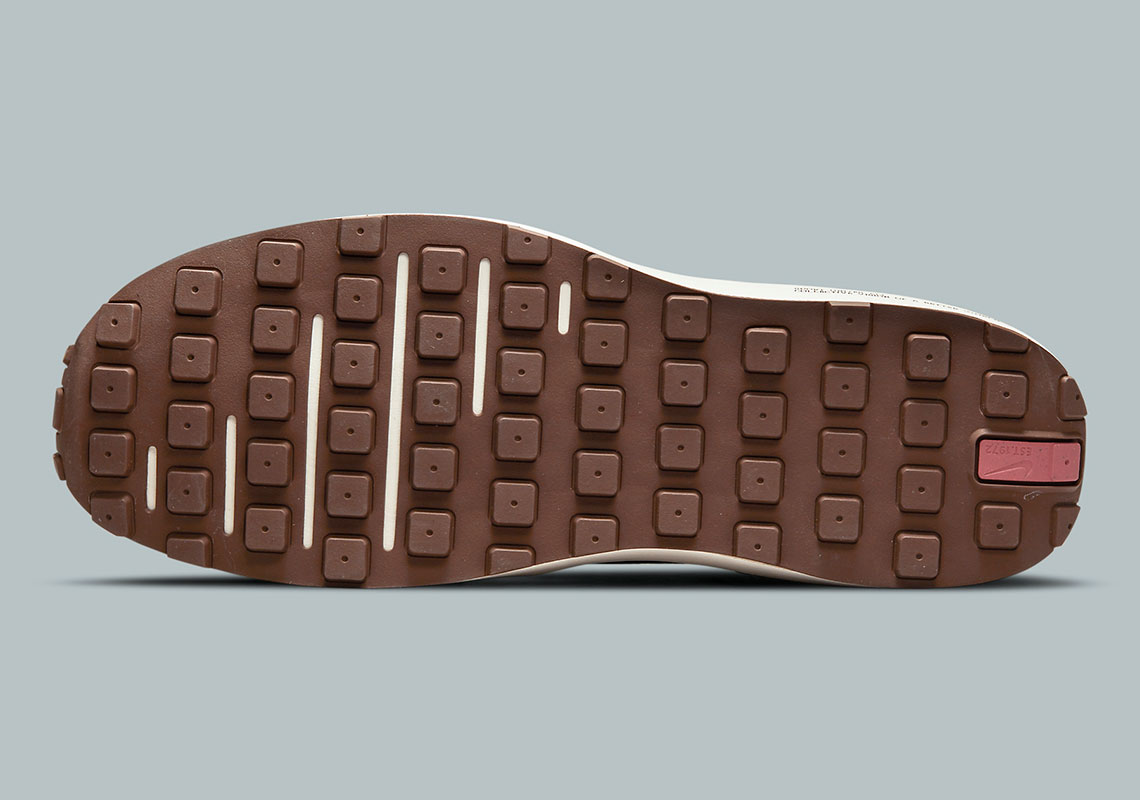 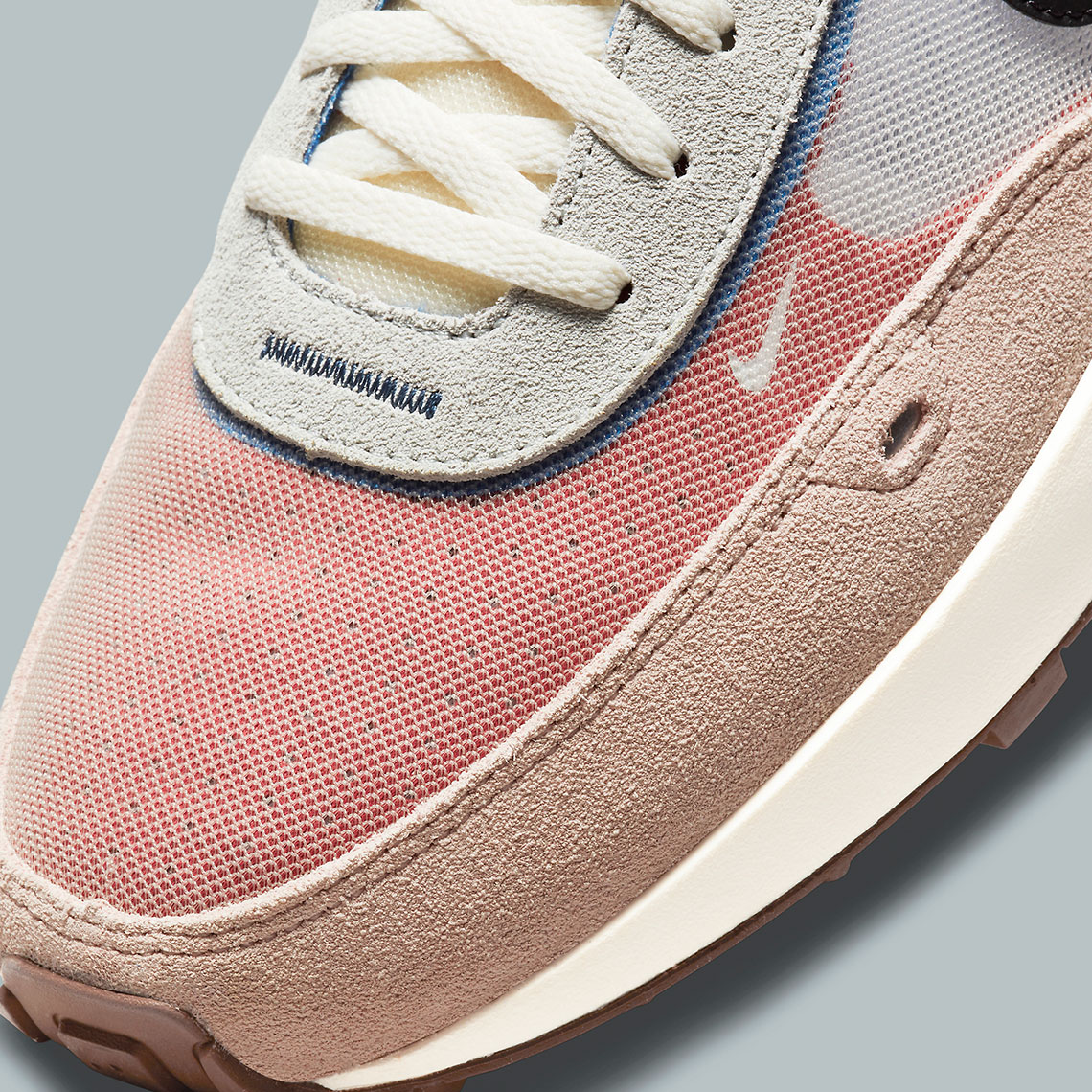 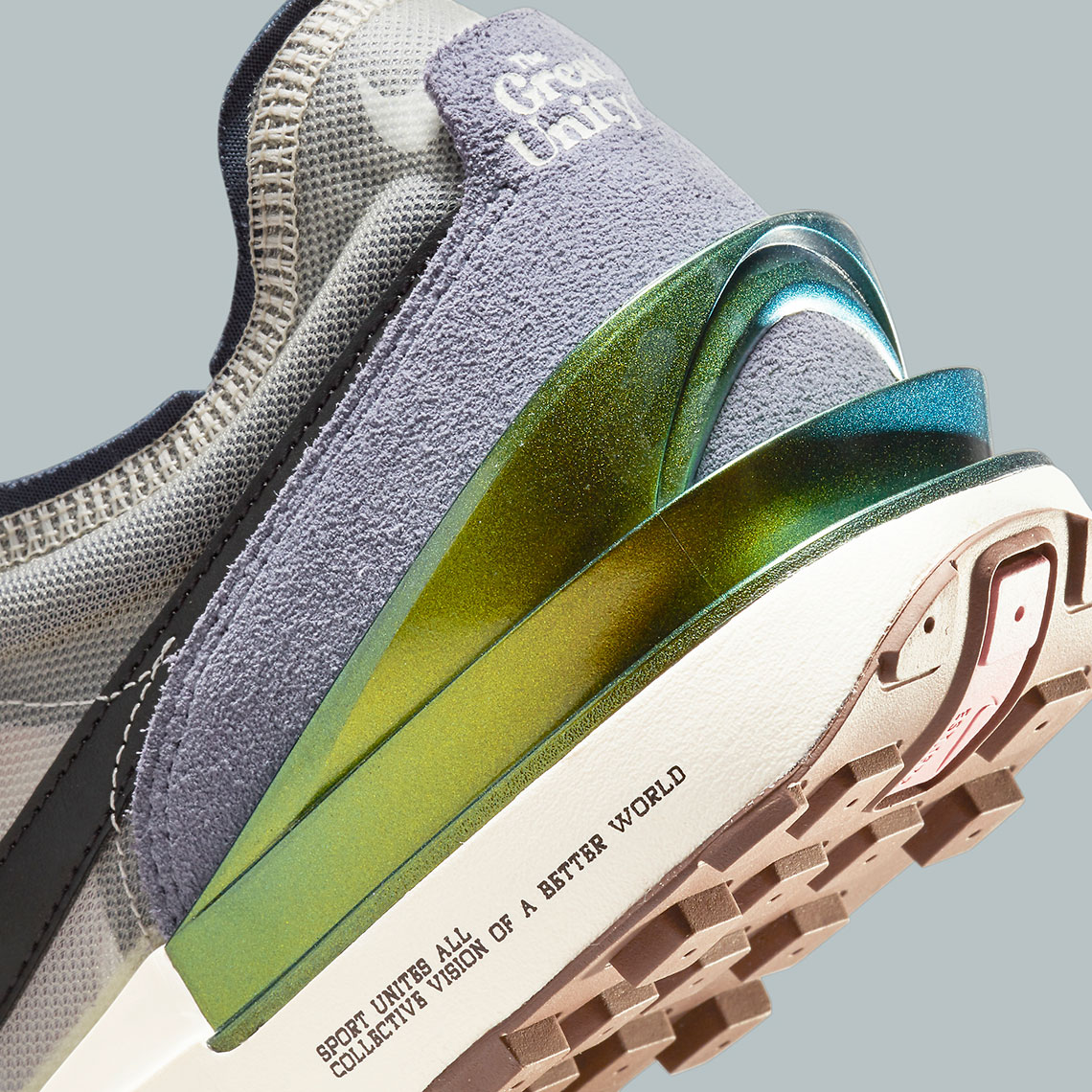 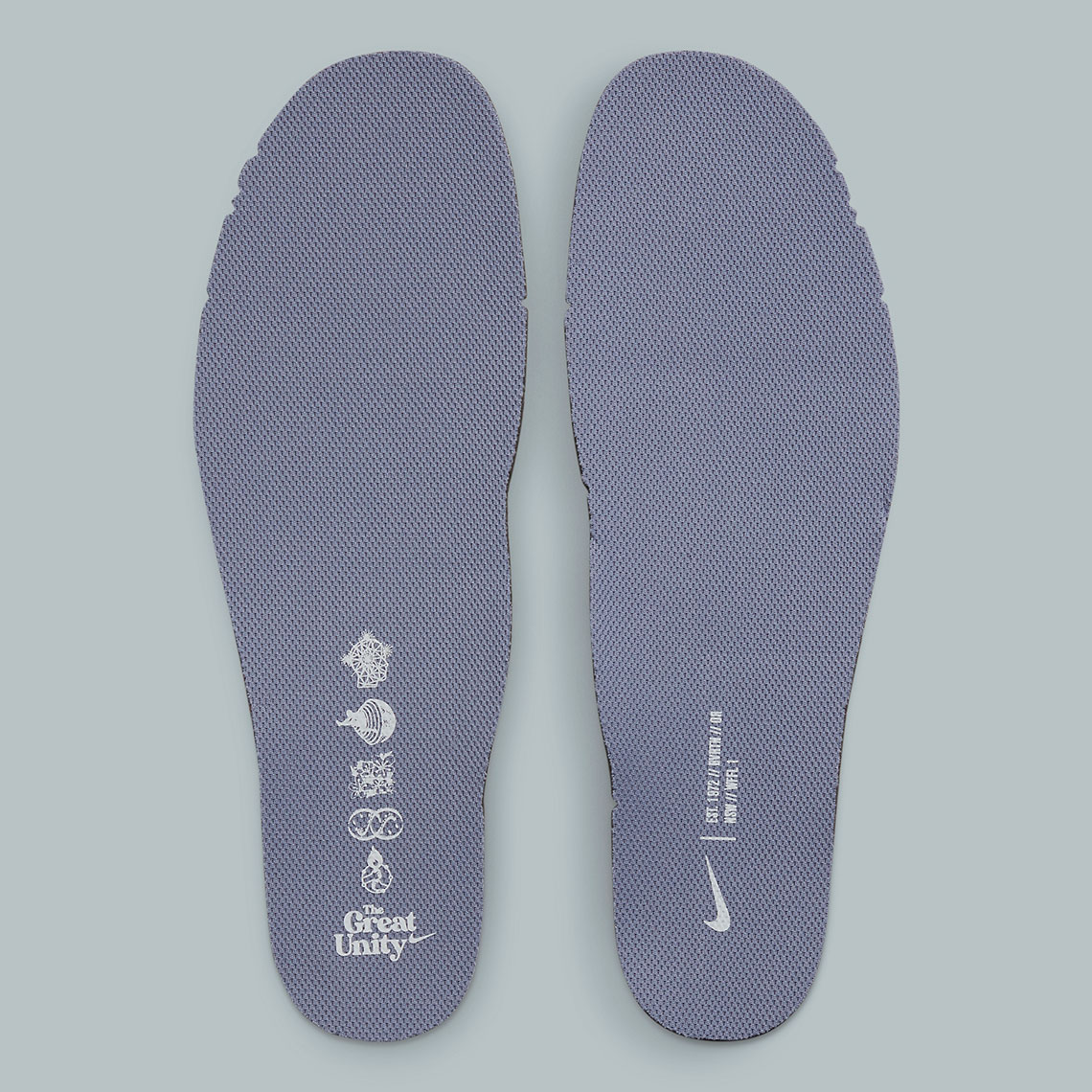