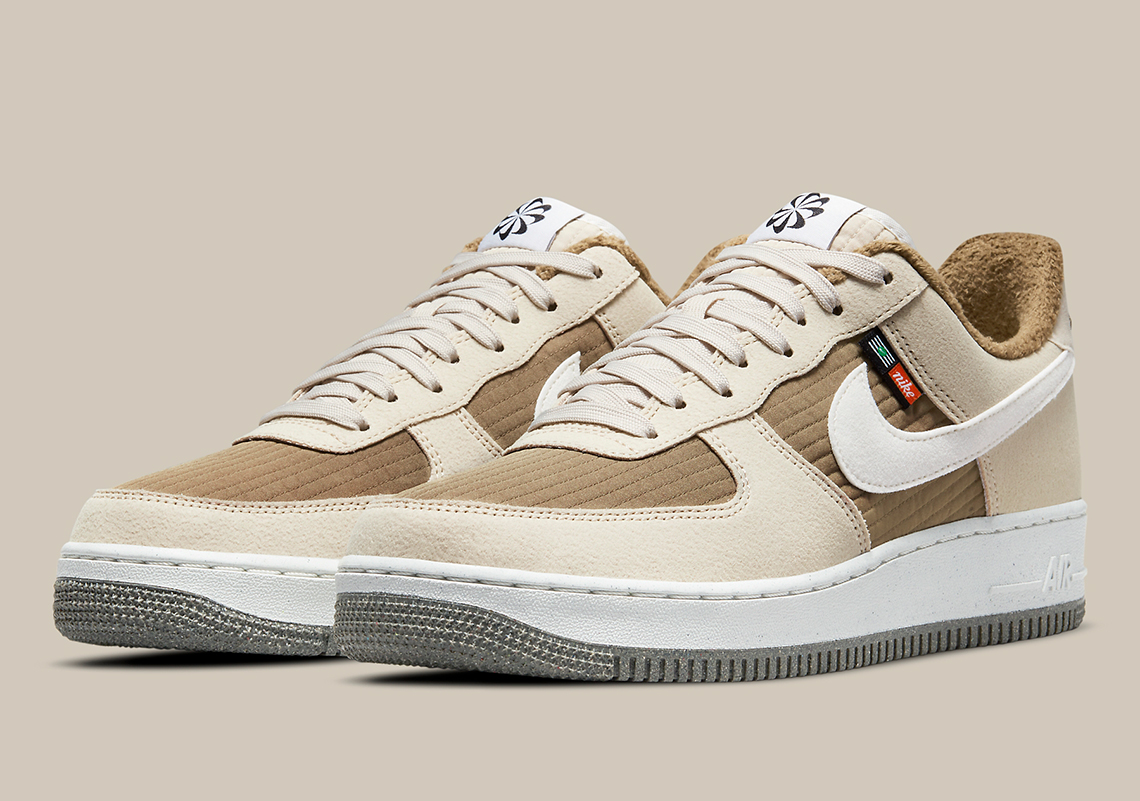 Nike Keeps It Simple With The Latest “Toasty” Air Force 1

Introduced in the middle of July, the Nike Air Force 1 “Toasty” is but another way the brand has chosen to express their “Move to Zero” concept. Rather than rely on the Grind materials proliferated throughout the year, the pack employs a number of new textures and fabrics that are recycled all the same.

Today, yet another iteration — this one far more simple — has appeared by way of official images. Gone are the hits of bright orange; instead, the pair prefers a much more subdued, earth-tone dominant palette. Light creams dress the exterior, covering the toe cap, eye stay, and counter, while a quilted display of olive insulates underneath. The fleece built into the lining, then, complements the latter tonally, while the sole, Swoosh, and tongue label contrast in white neutrals.

For a closer, official look at this upcoming release, see below. Sizes are sure to appear on Nike.com and select retailers when the weather begins to go cold.

In other news, a Drake Air Force 1 was revealed yesterday. 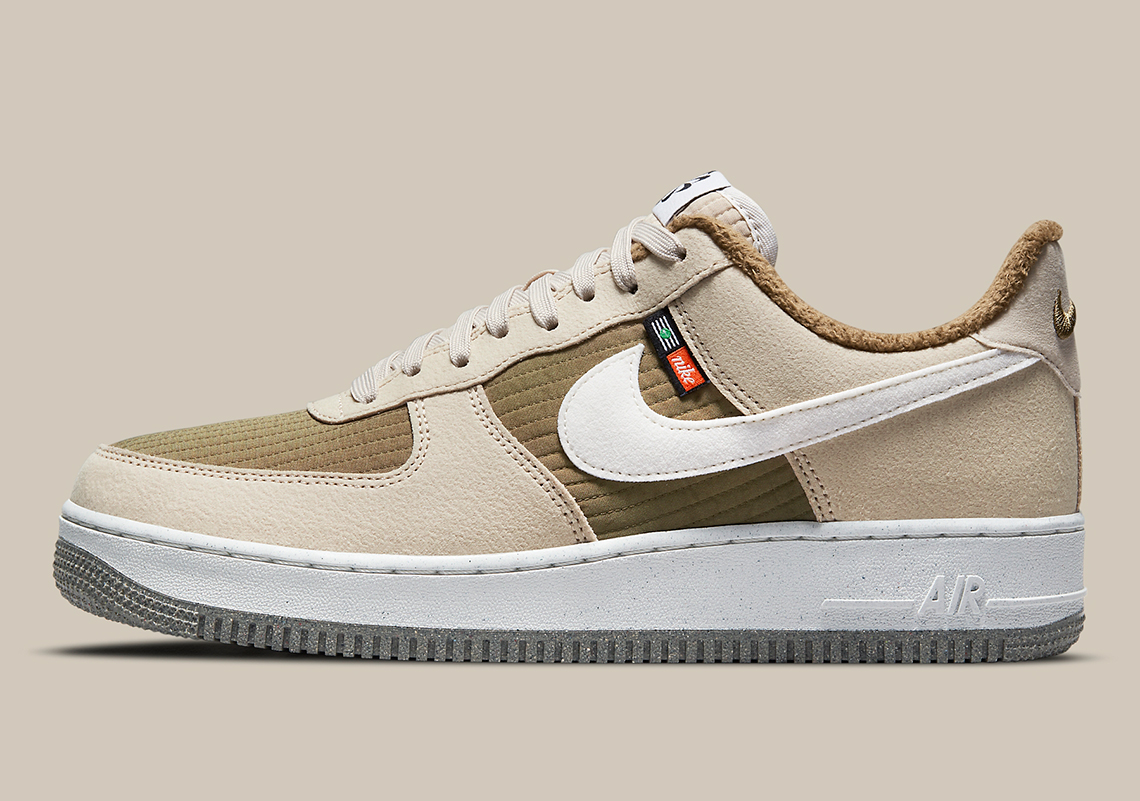 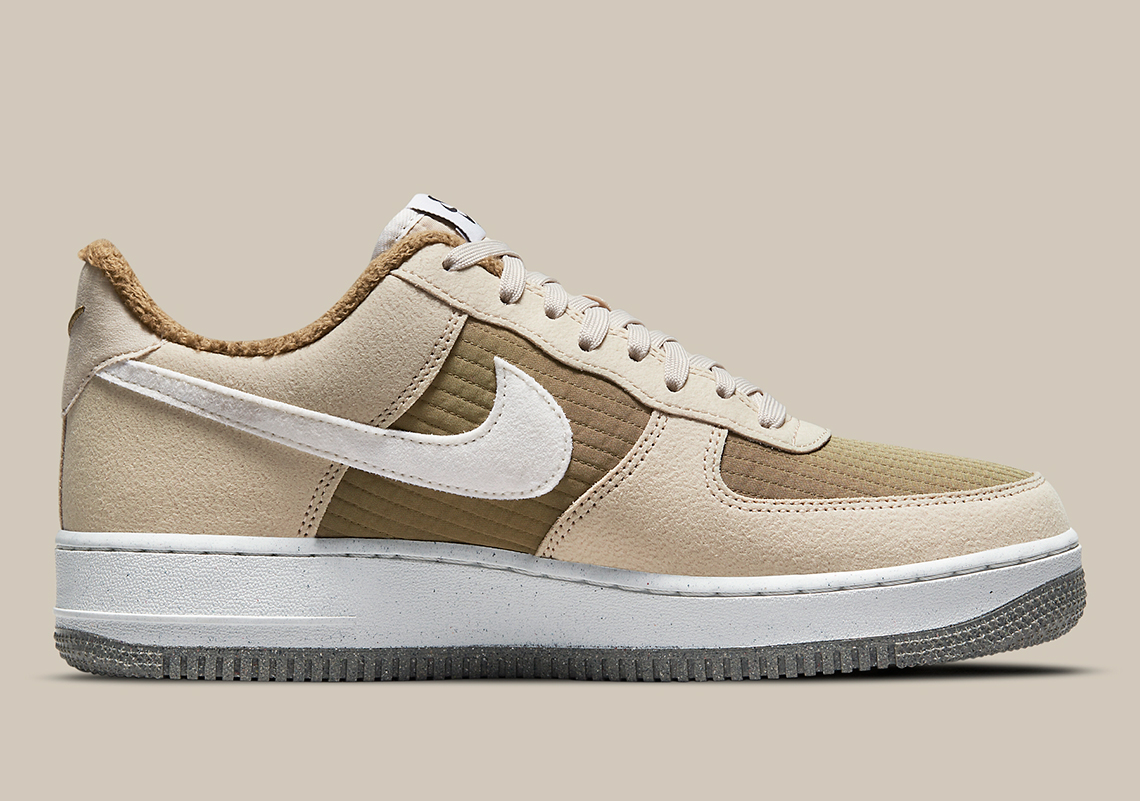 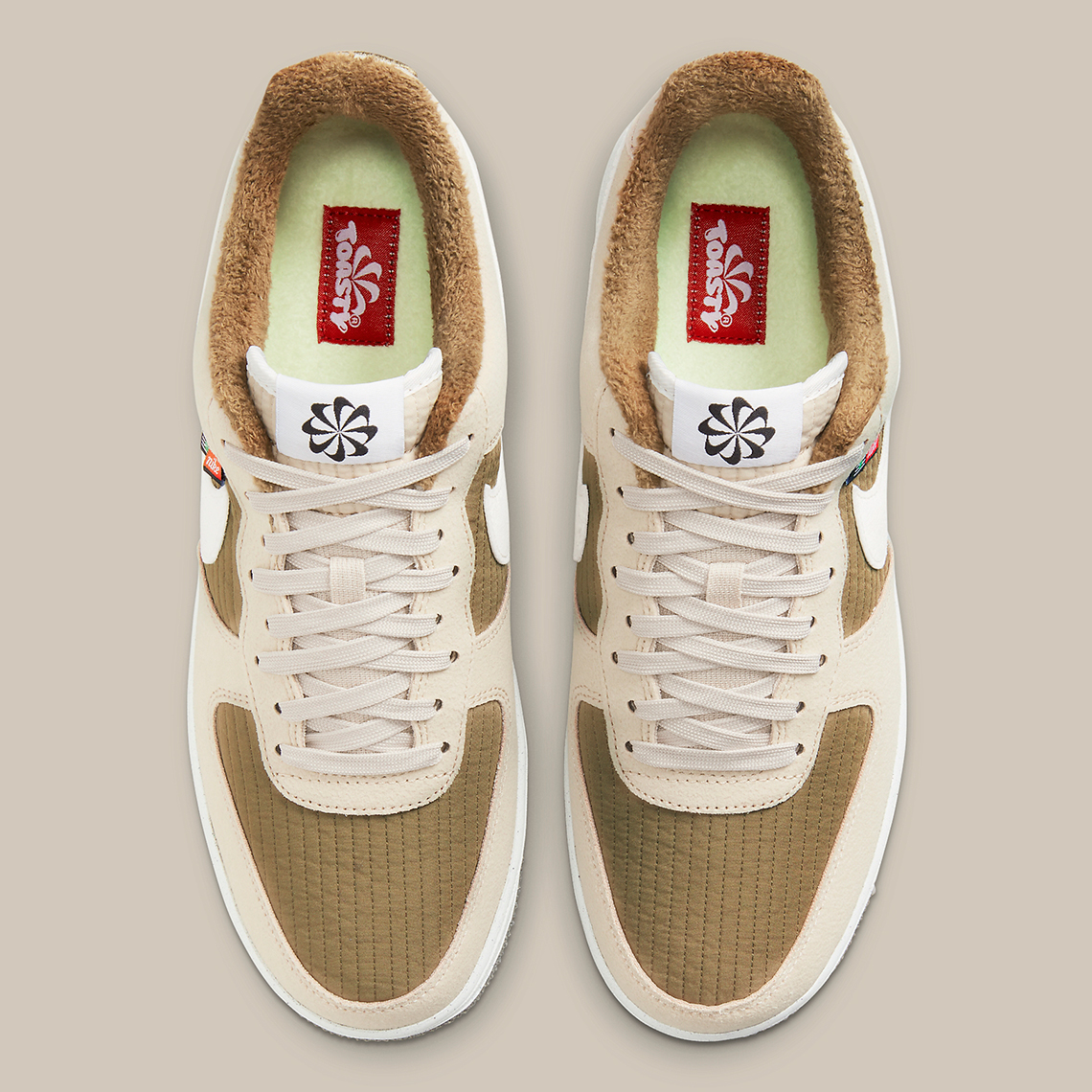 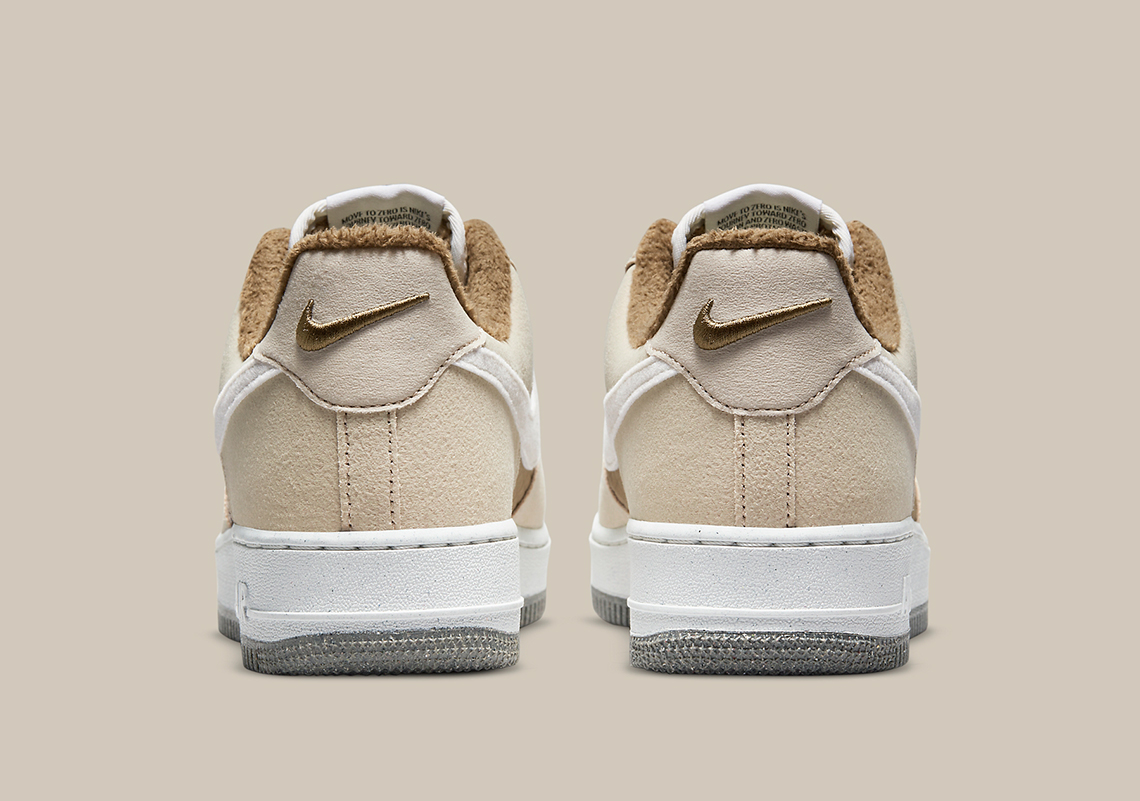 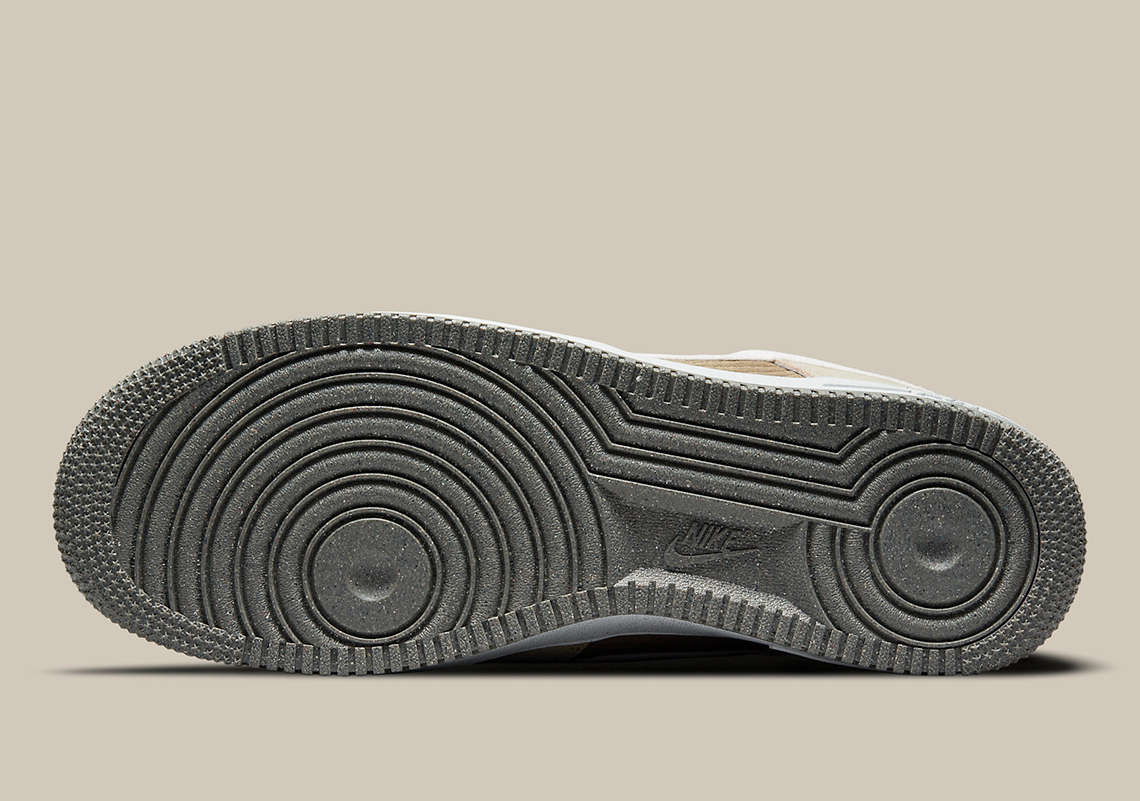 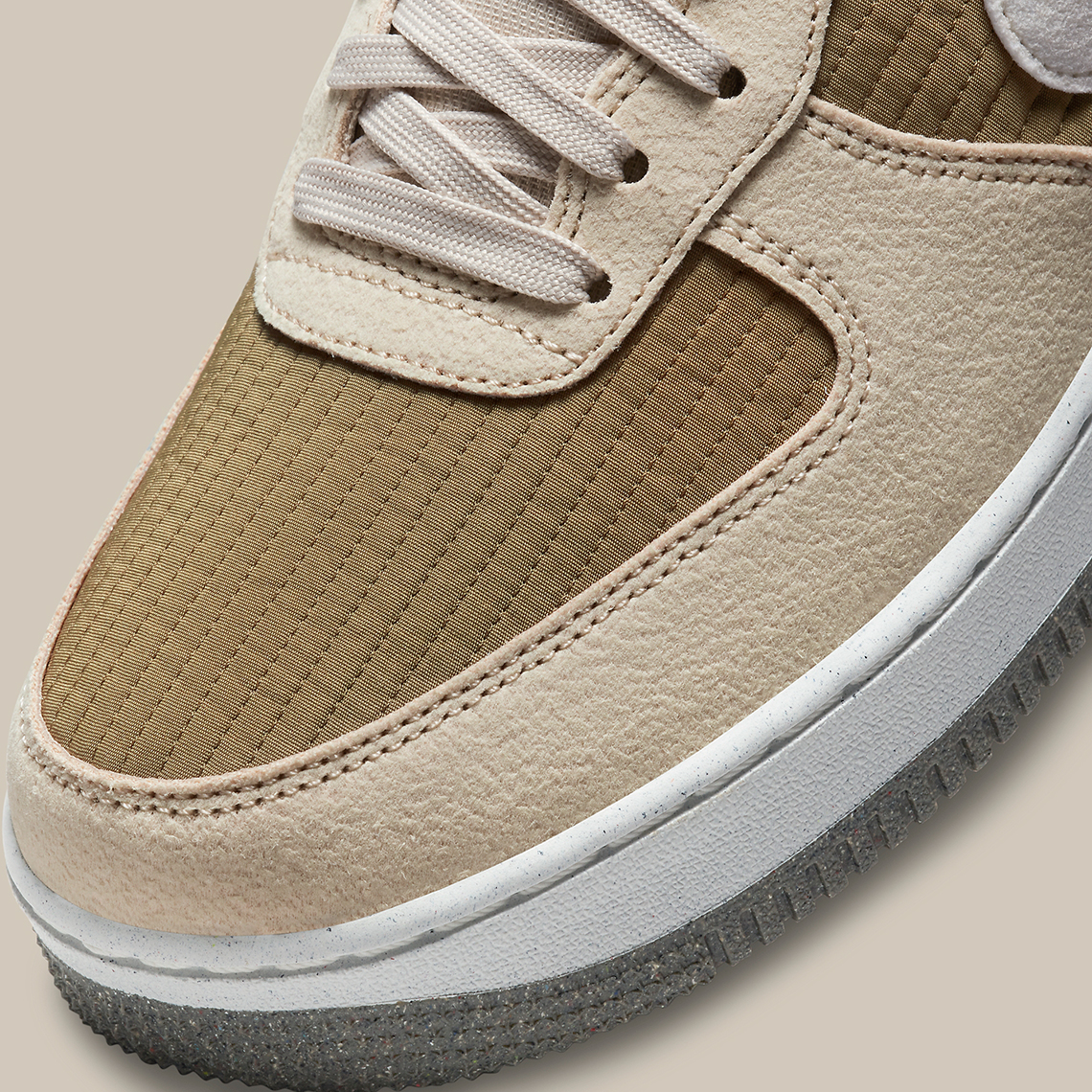 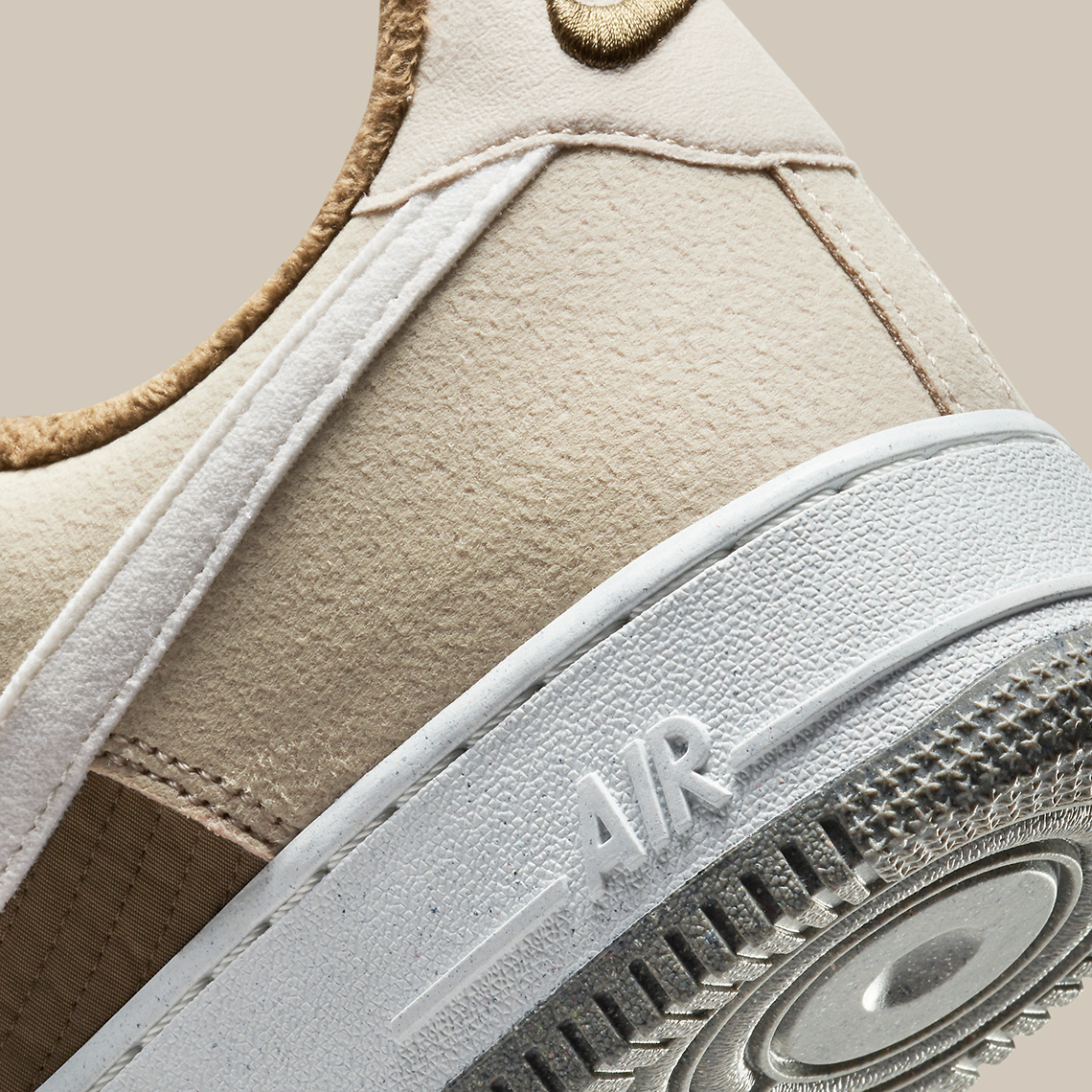