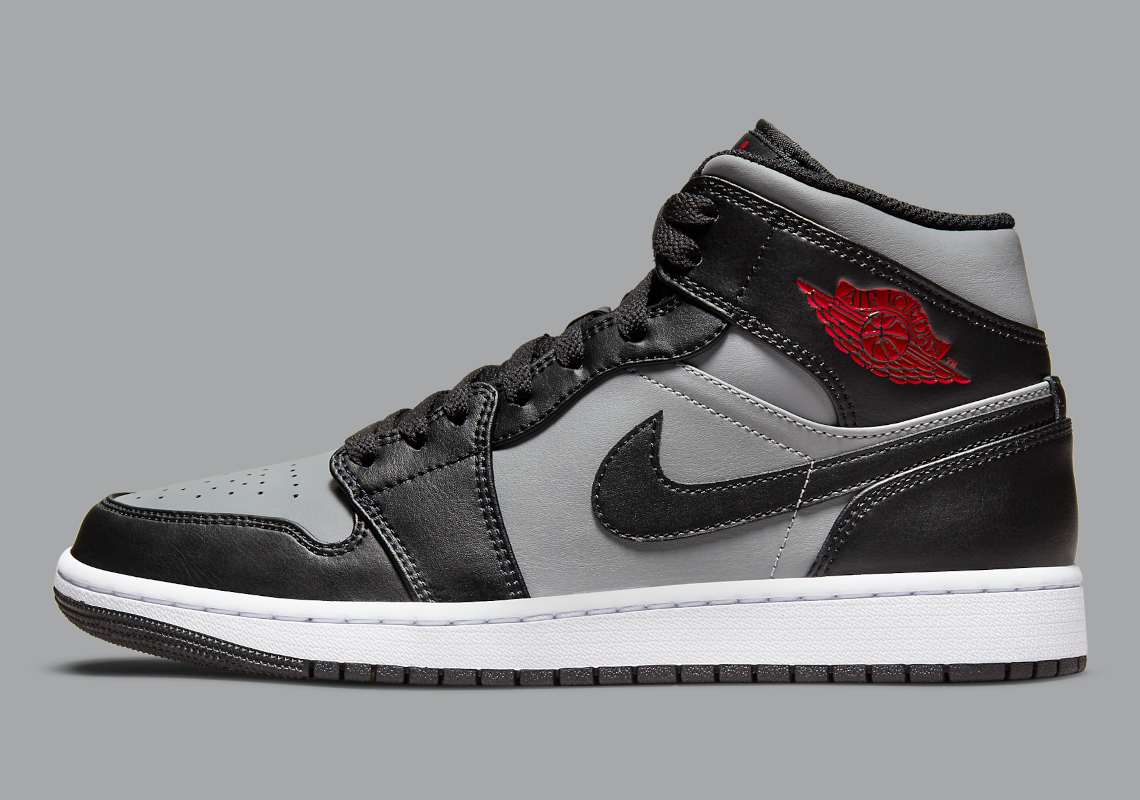 The Air Jordan 1 Mid hasn’t been widely-accepted by savvy sneaker consumers, but the silhouette has been doing fine without such co-sign. Compelling colorways like a newly-surfaced grey, black and red option are responsible.

Reminiscent of “Shadow” arrangements that’ve appeared on its taller counterpart, the upcoming sneaker indulges in a greyscale color scheme across its smooth leather upper. Deviation, then, arrives via the iconic “Wings” logo on the lateral ankle flap. While not done in a jewel style, the Air Jordan 1-variant’s basketball-featuring detail stands out through its scarlet flair and slightly-glossy finish. Jumpman branding on the tongue and insole also indulge in the red color, but forgo any shimmering coating. Underfoot, the mid-top silhouette rounds out its predominantly muted makeup with a white midsole/black outsole combination.

No Nike.com release details have been disclosed, but this Jordan 1 Mid is likely to hit retailers soon. In any case, enjoy official images of the pair here below. 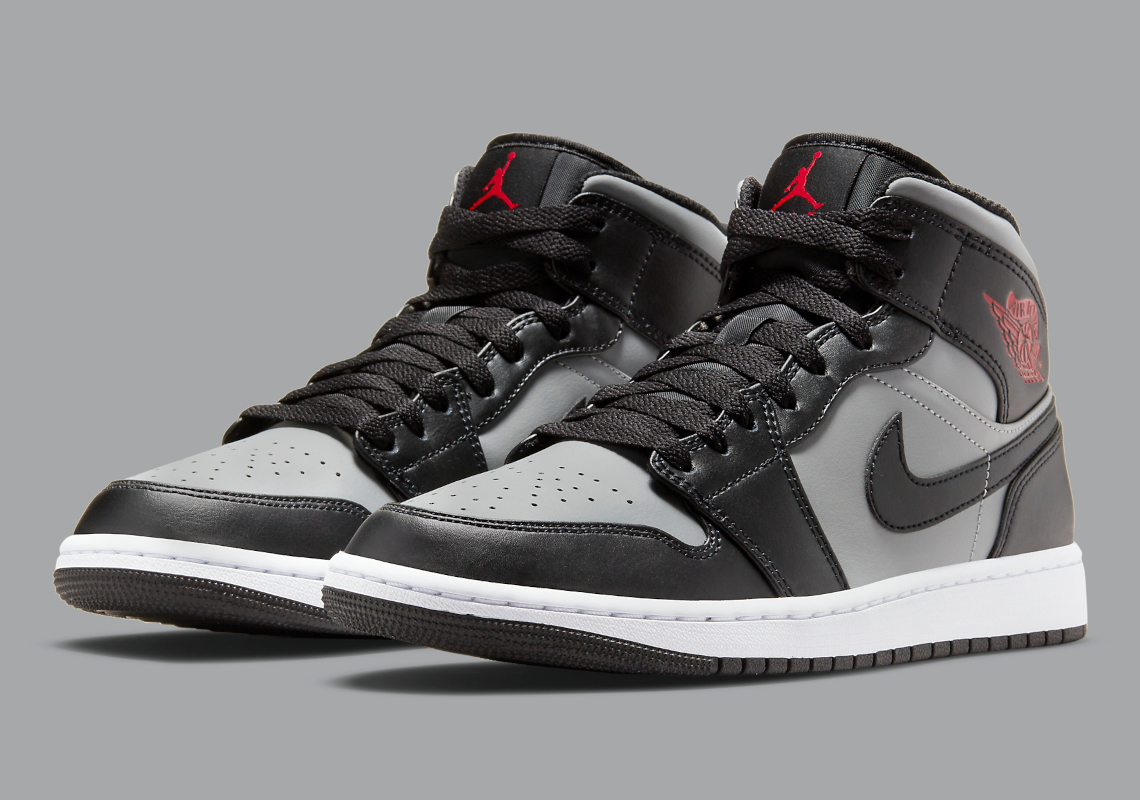 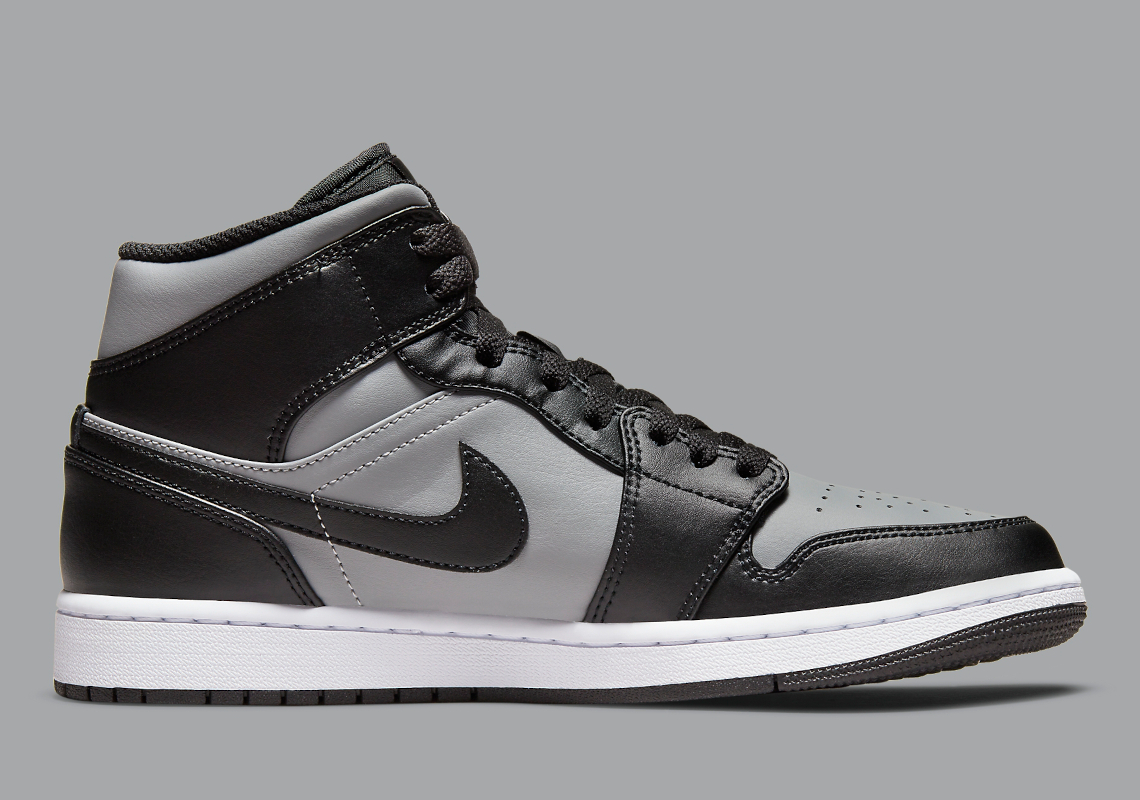 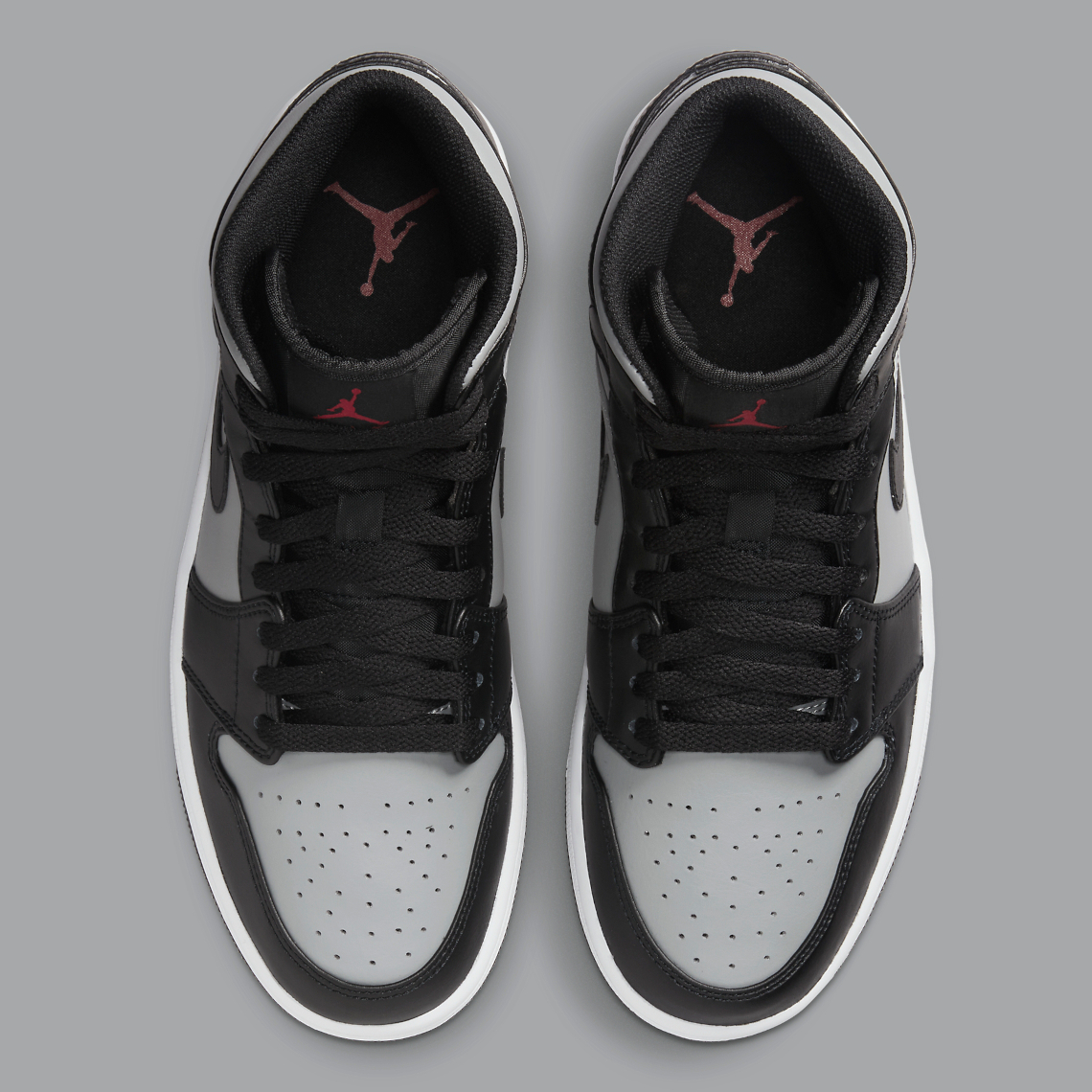 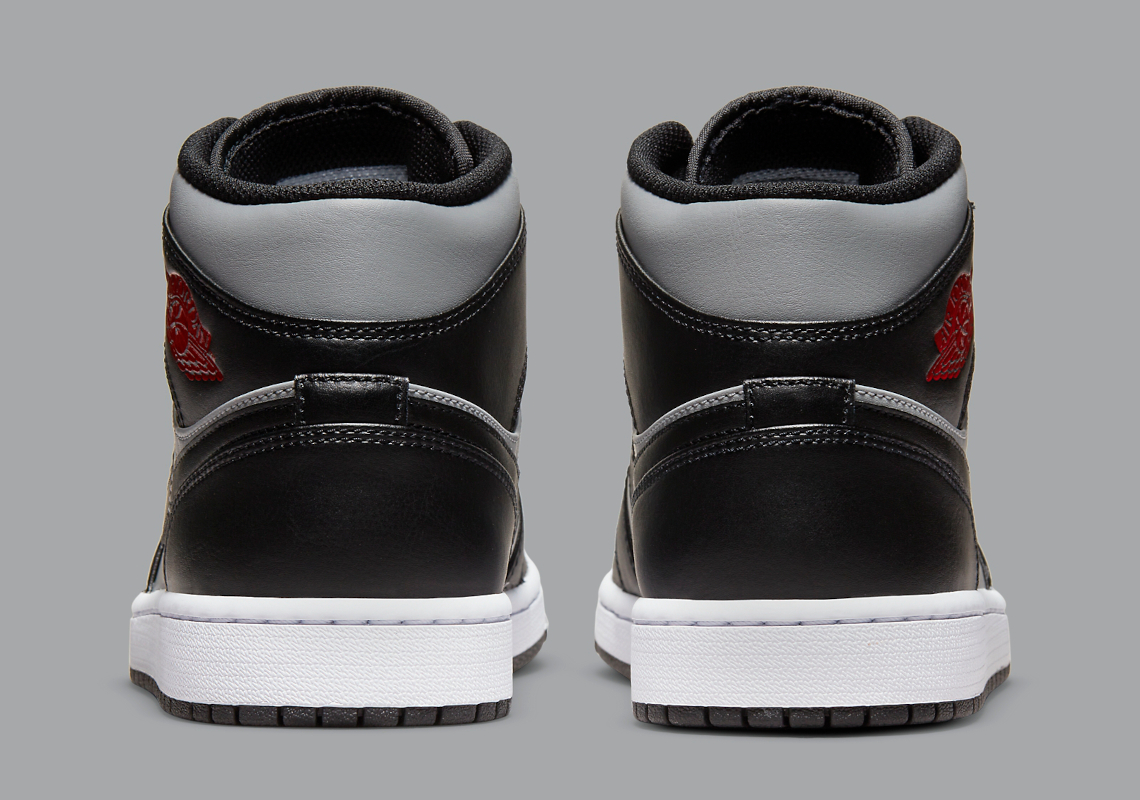 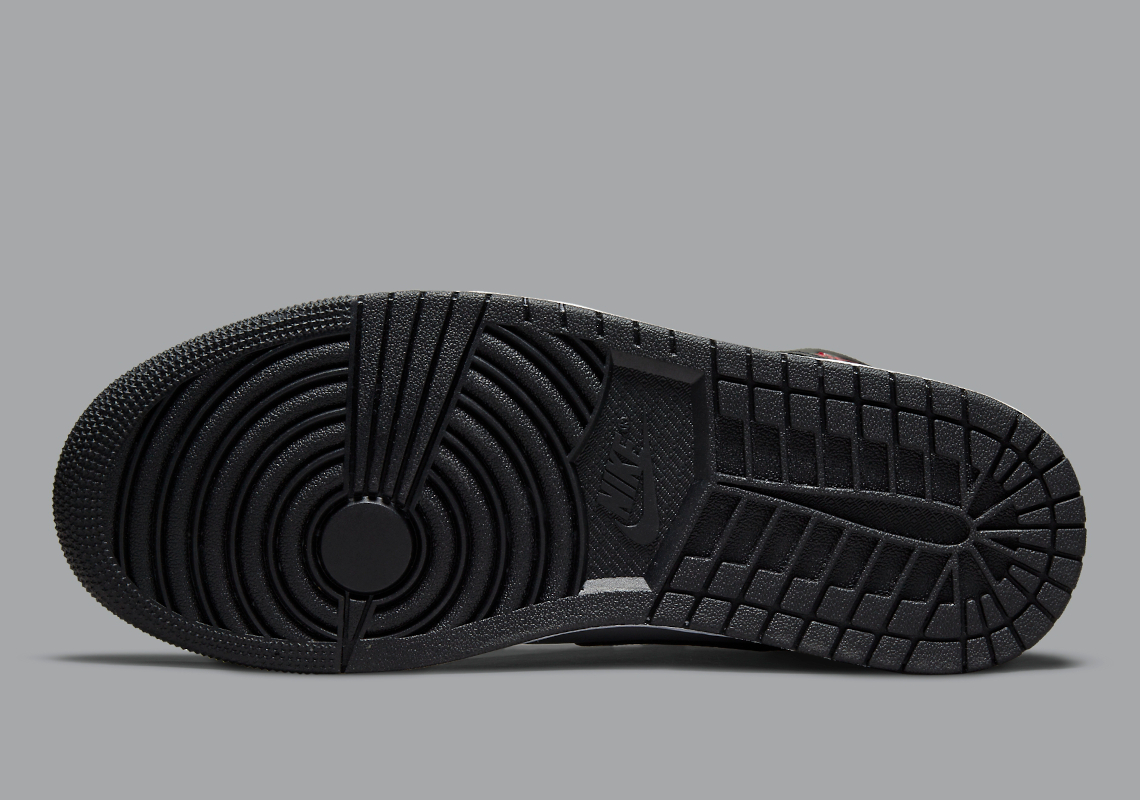 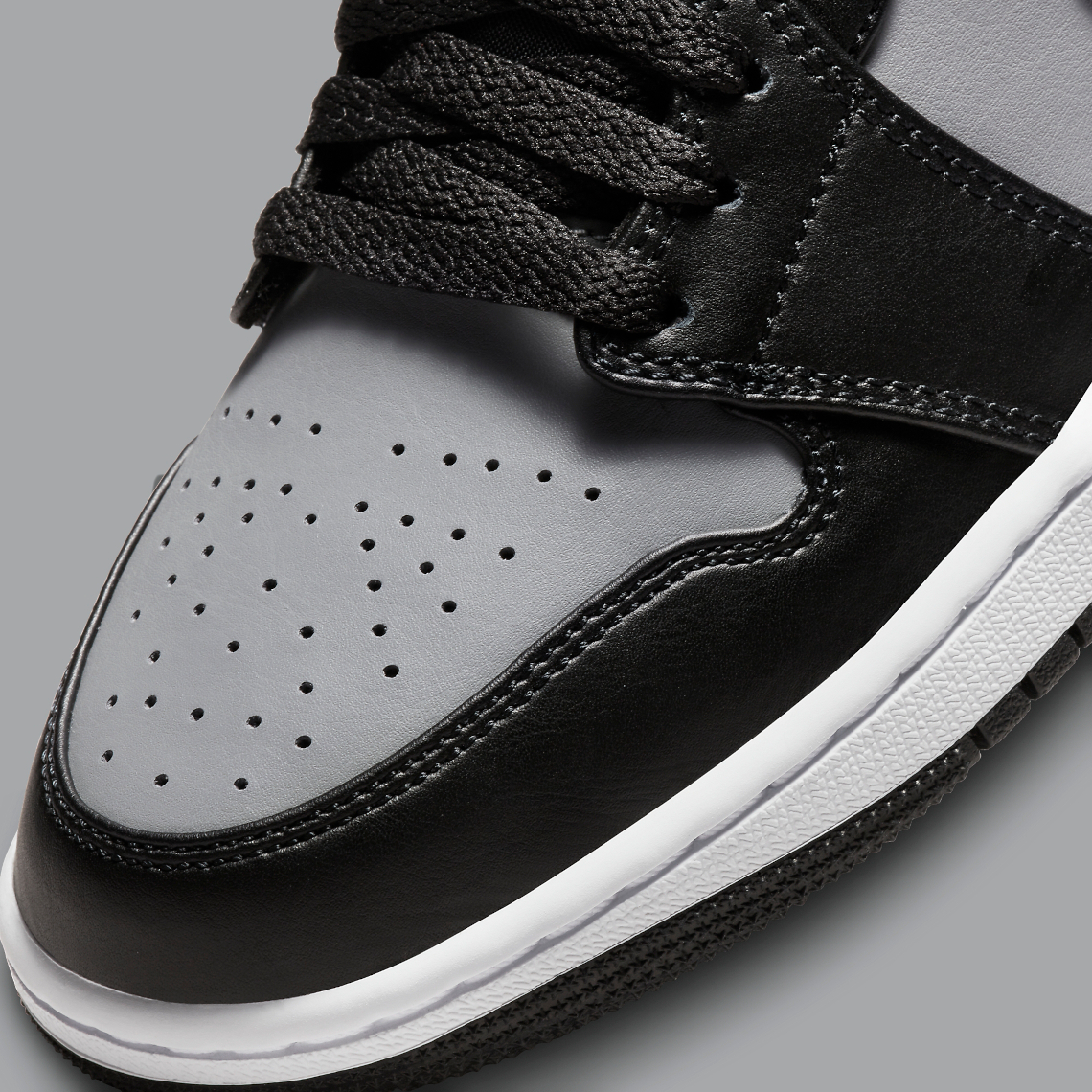 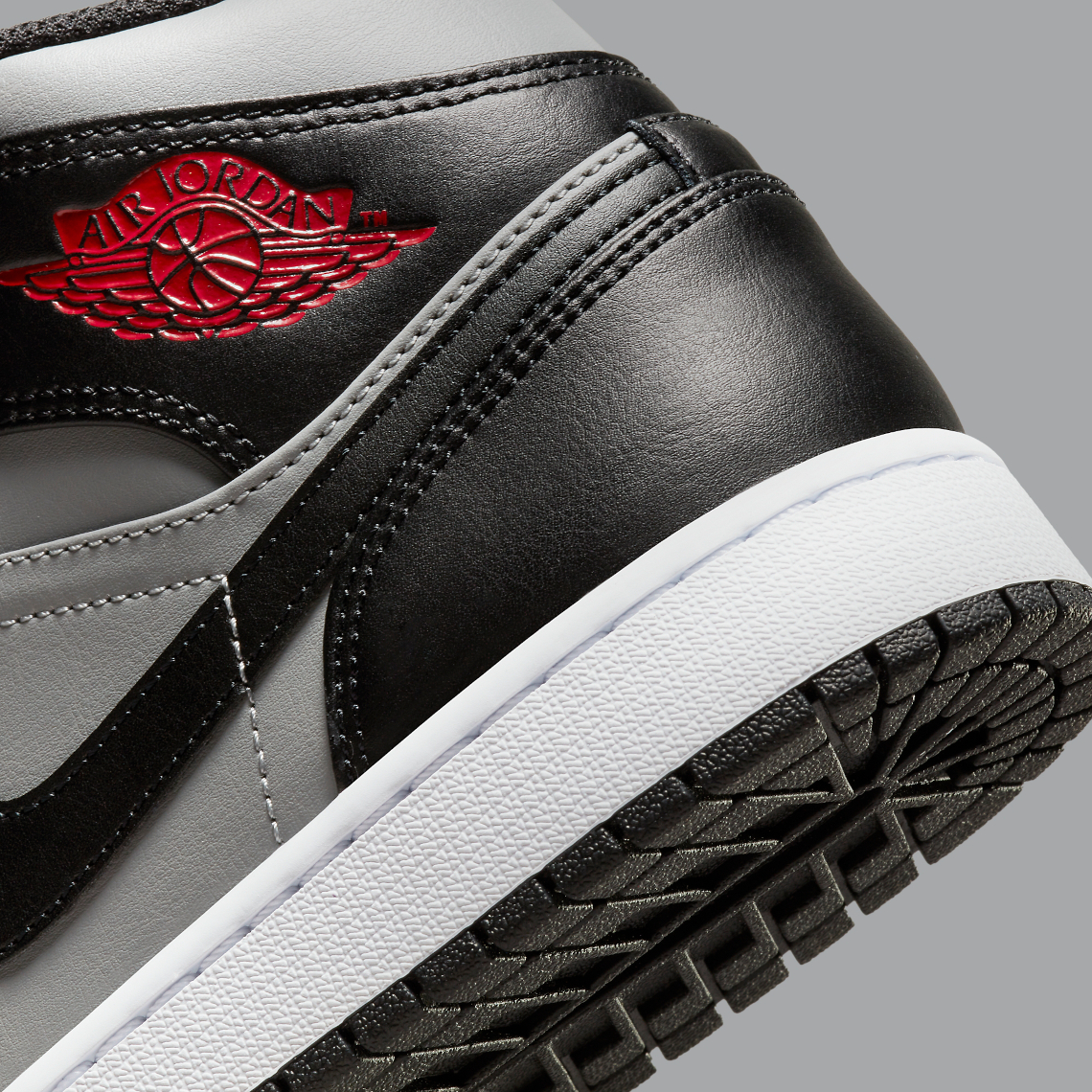