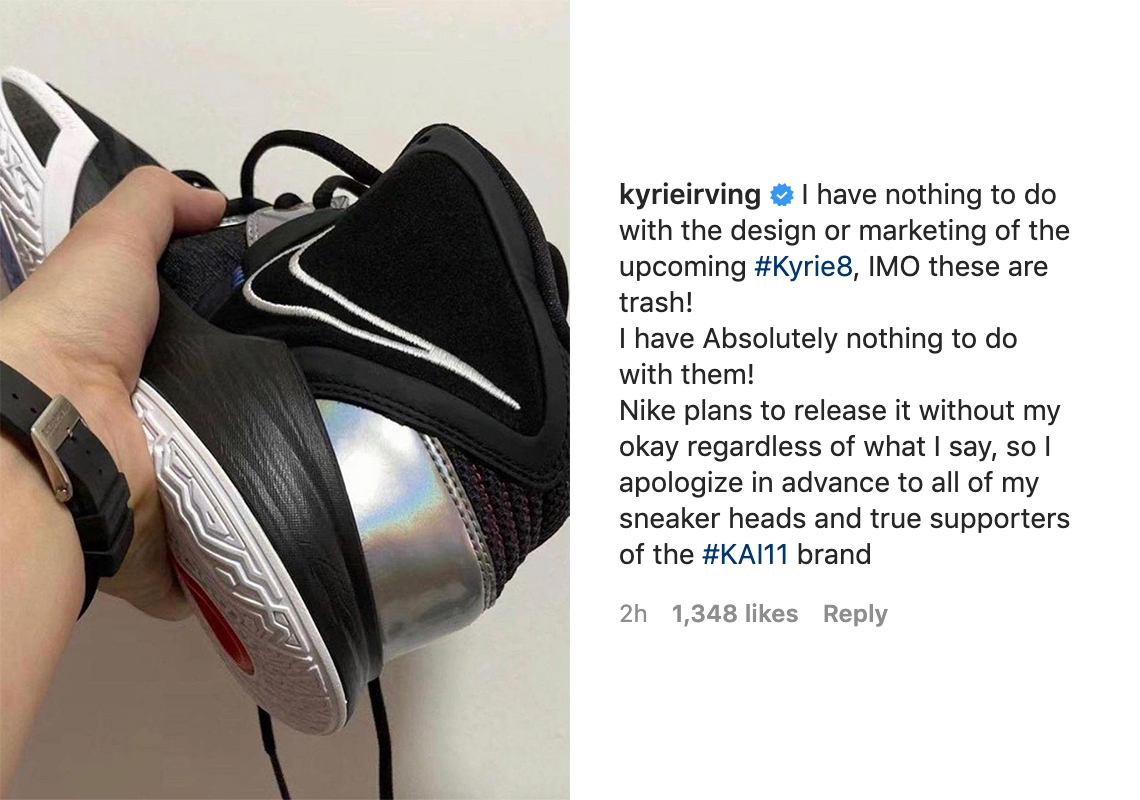 In the annual calendar of signature shoe debuts and releases, Kyrie Irving’s kicks typically arrive around the start of the new NBA season in the form of some energetic “Pre-heat” style colorways. Nike Kyrie “leaks” usually arrive a few months prior to the drop, which makes this first look at the Kyrie 8 an expected occurrence. But there’s an added bit of drama to this sneaker leak, because Kyrie Irving himself has come forward with a rather harsh statement panning his own upcoming sneaker. In a comment left on Instagram account @k11kicks, Kyrie Irving states:

“I have nothing to do with the design or marketing of the upcoming Kyrie 8, IMO these are trash! I have absolutely nothing to do with them! Nike plans to release it without my okay regardless of what I say, so I apologize in advance to all of my sneaker heads and true supporters of the KAI11 brand.”

Signature shoe athletes simply not liking their shoes is not new. LeBron James hated the design of the LeBron 6, forcing Nike to start from scratch and setting in motion to start of the Jason Petrie era. Michael Jordan didn’t like the Air Jordan 2. Several more examples exist, and many are behind closed doors, which is why this level of public outcry direct from the athlete is unprecedented. According to Irving’s statements, his issues go beyond the actual design of the shoe, but the overall marketing strategy for the eighth model.

Just how involved are athletes with their shoe designs? Nike touts an immersive collaborative process between design team and athlete, but it’s clear that in the case of the Kyrie 8, that process was not existent. And not that it’s entirely related, a recent viral video of Giannis Antetokoumpo and PJ Tucker revealed the Giannis himself has never seen the particular shoe that Tucker had in possession – the Giannis Immortality “Smoothie”. This is an example of how some disconnection can exist between the brand and the athlete.

So what will Nike do in response to this? Can they scrap the shoe? Likely not, considering they’re this far into the production phase of the shoe and design a sneaker takes months. Controversy has always boded well for sales, with basketball shoes in particular being the beneficiary of “all publicity is good publicity” belief, but for Kyrie to call the shoe “Trash” will have some negative ripple effects on the shoes. Stay tuned for updates, because how this unfolds could very well force brands to rethink and restructure their strategy with basketball shoes, a category that continues to struggle.

A new photo has been updated via @pvasneakers

Kyrie Irving has released a statement (Via @shamscharania). The statement reads: “When you’re building something great, there sometimes comes a point where you need to recalibrate and refocus to ensure everyone involved is aligned. This is where the KA11 brand and Nike are. It was unfair to put the blame on Nike or any one person. With that being said, we are diligently working, restructuring, and reimagining things together to make sure we get it right.” 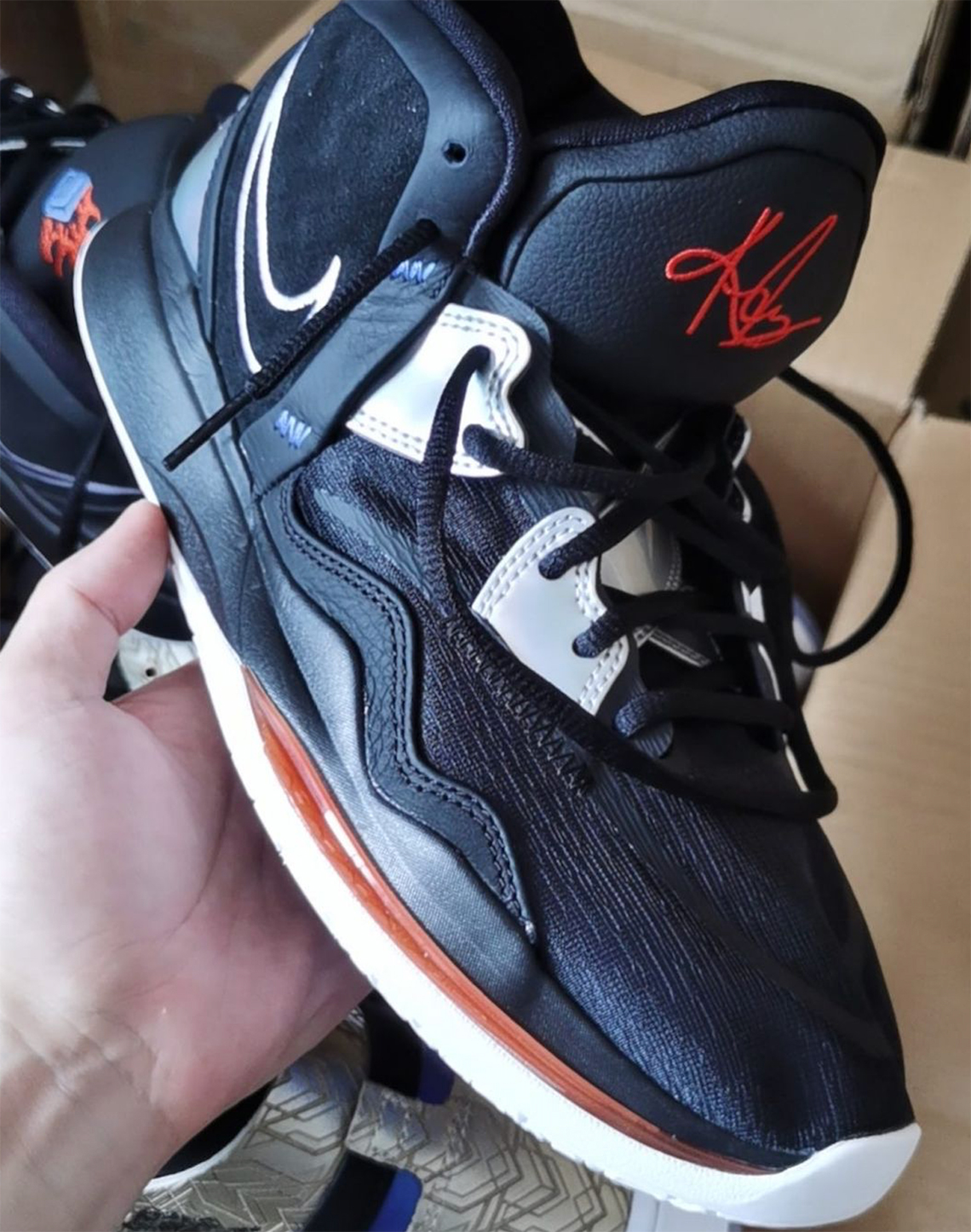 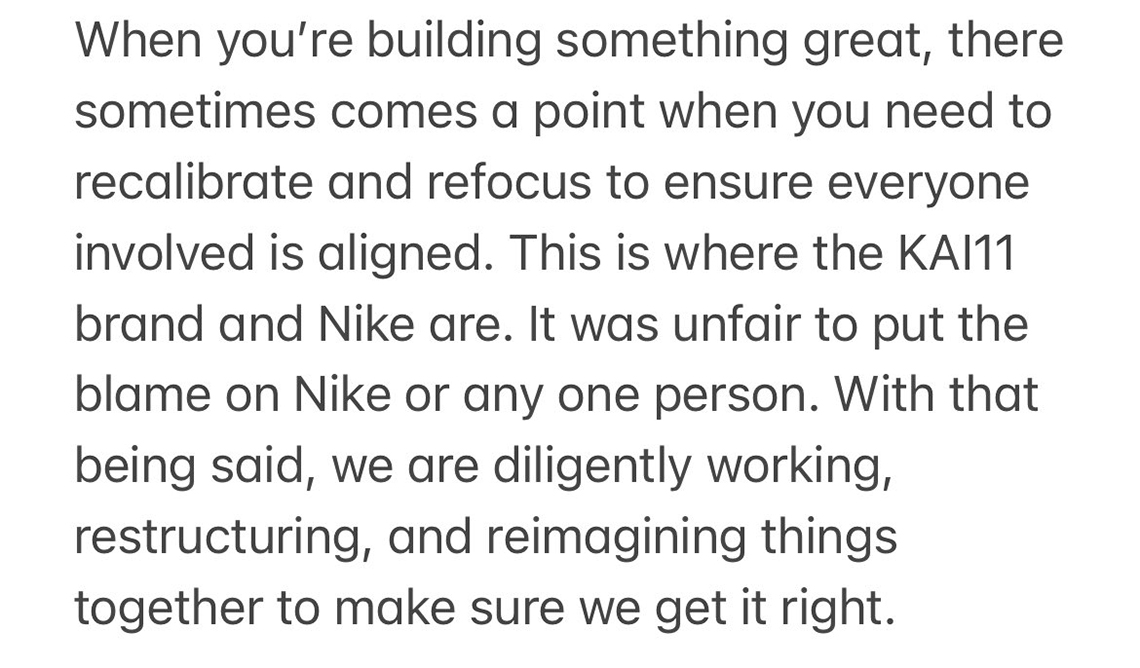 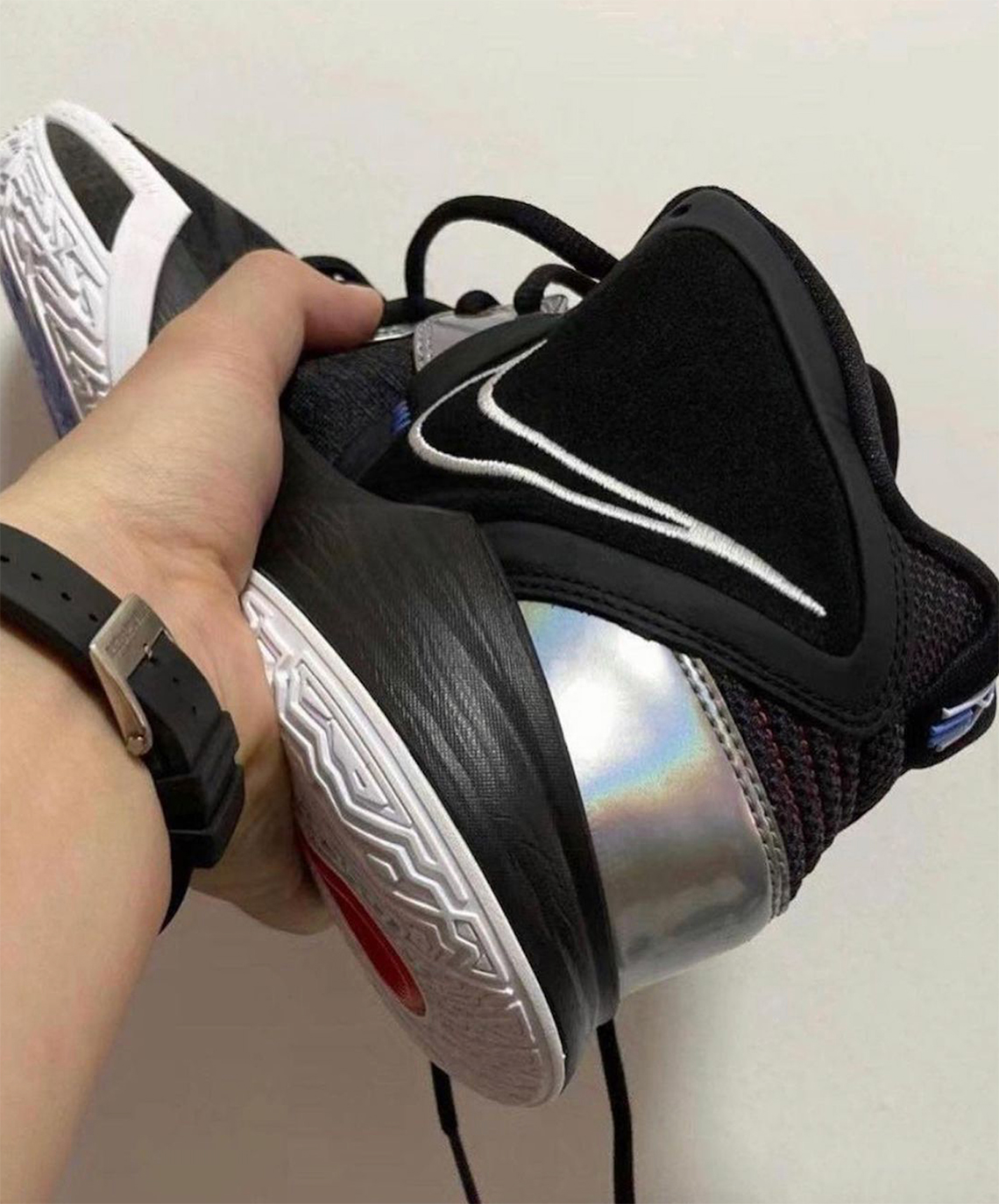