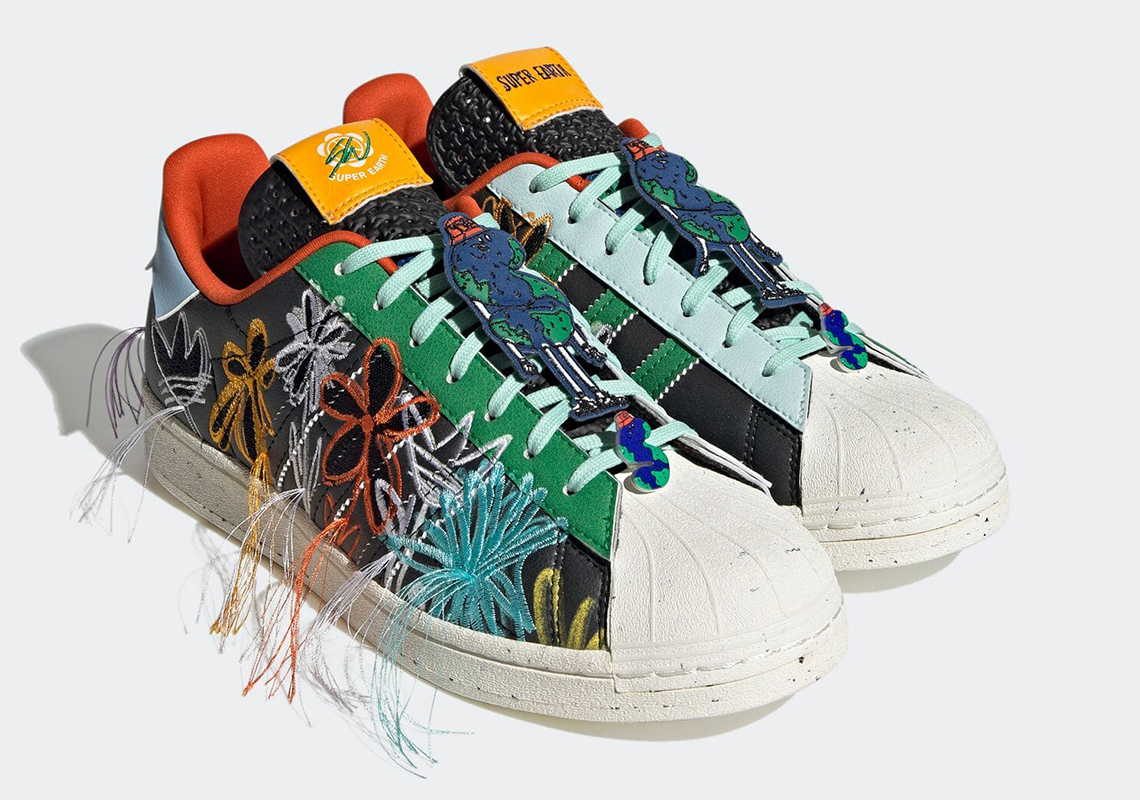 No longer just a purveyor at the institution that Round Two has solidified itself as, Sean Wotherspoon now touts himself as an “American Designer.” And under his growing list of projects is the sustainable adidas Superstar SUPEREARTH, which is set to launch in a “Core Black” colorway soon.

Initially produced as a China-exclusive, the follow-up to August 2020’s predominantly “Cloud White” pair is set to release globally after the Virginia-native and his adidas family were incessantly bombarded with requests for an expansive launch. As with all of the SUPEREARTH propositions so far, which forgo virgin, non-eco-friendly materials, the forthcoming “shell-toe” dons a plethora of tones across its upper. The embroidered flowers along the profiles have become the shoes’ most iconic detail, specifically because they partly drag beyond the sole unit. The tongue and sidewalls allow for the aforementioned hues to revel in the spotlight, opting for a pitch-dark makeup. Elsewhere, SUPEREARTH and “SW” branding round out the pair.

Enjoy a closer look at Wotherspoon’s next adidas collaboration here below, and anticipate an adidas CONFIRMED app drop soon. 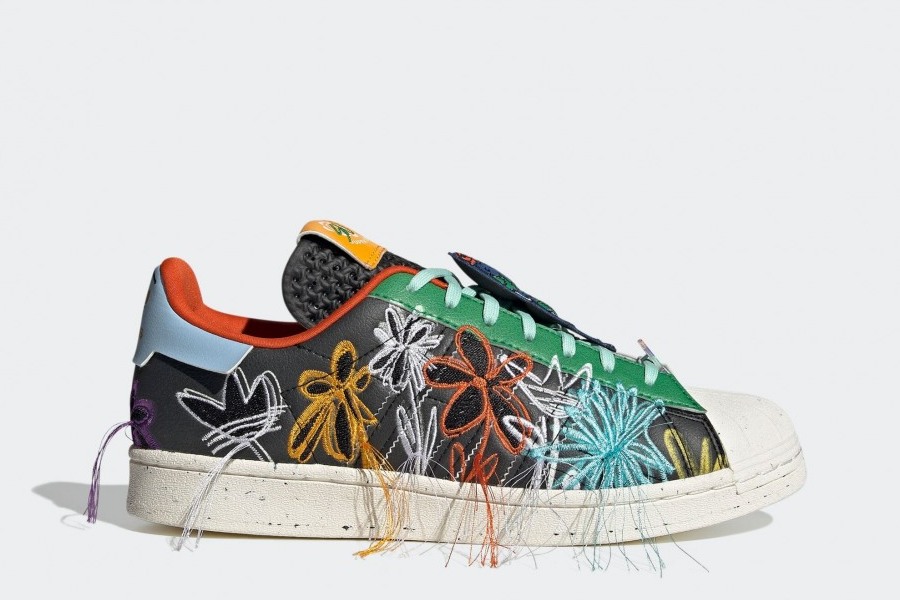 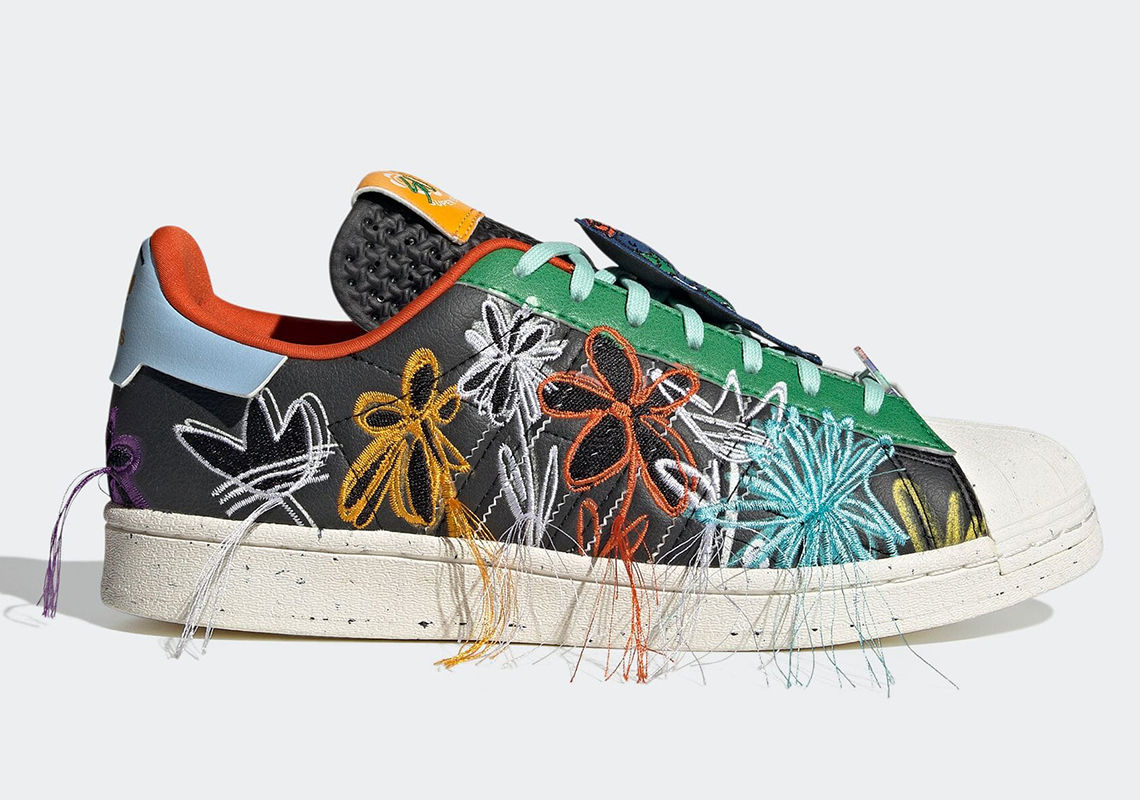 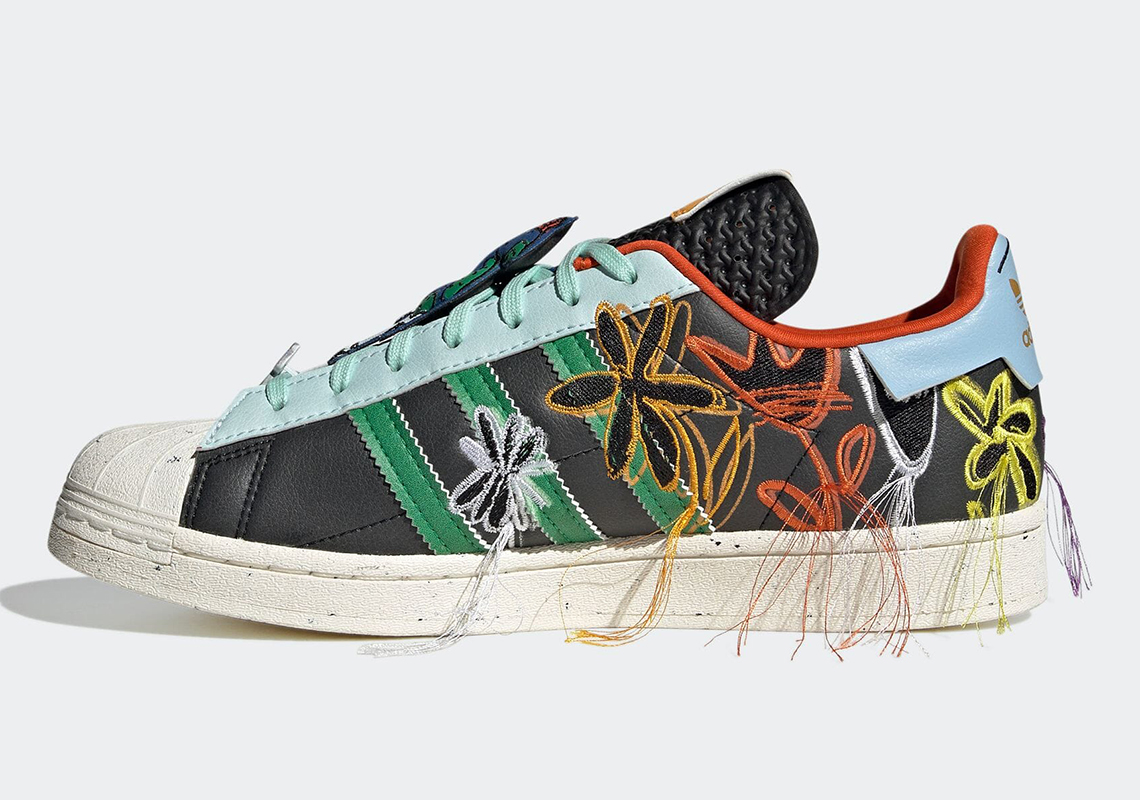 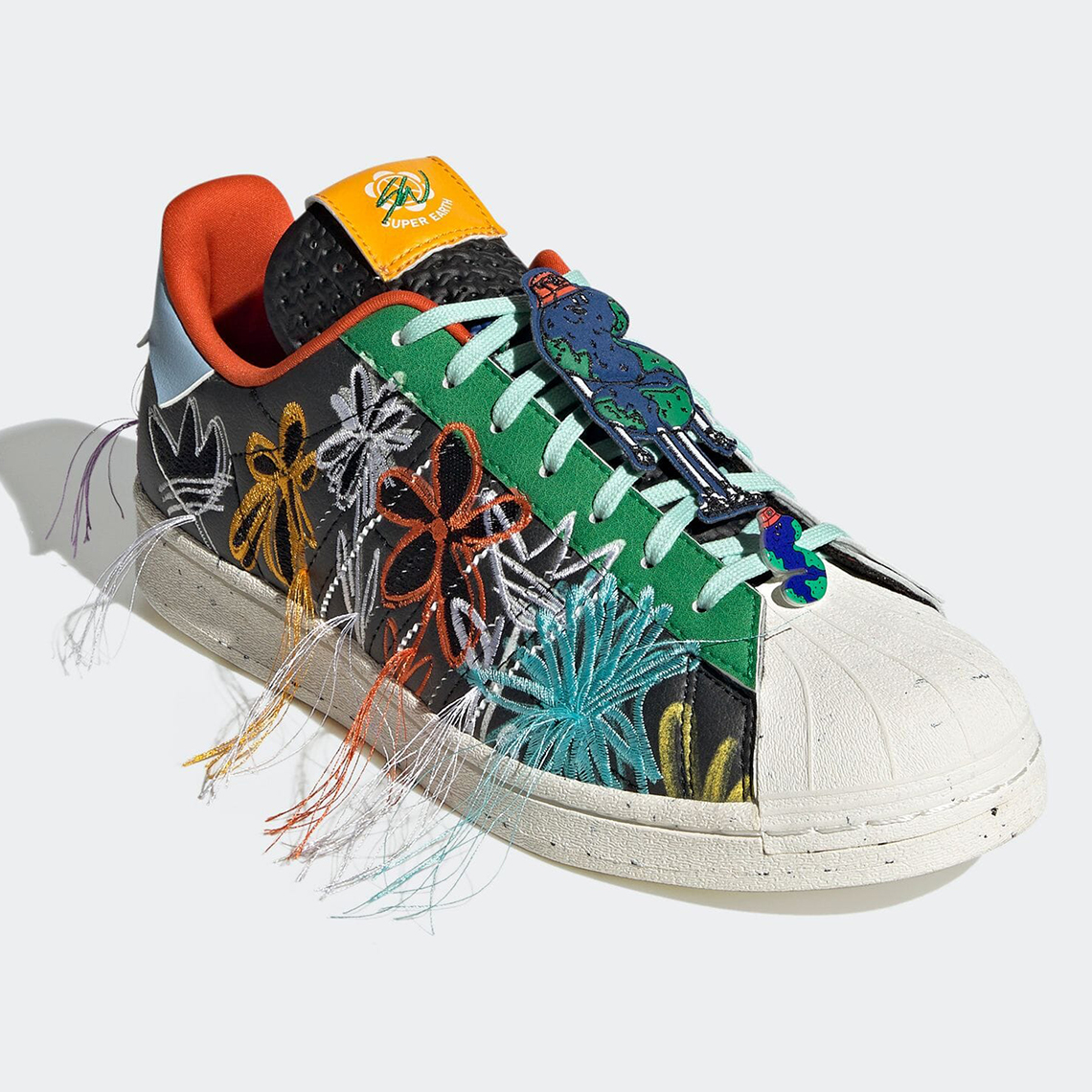 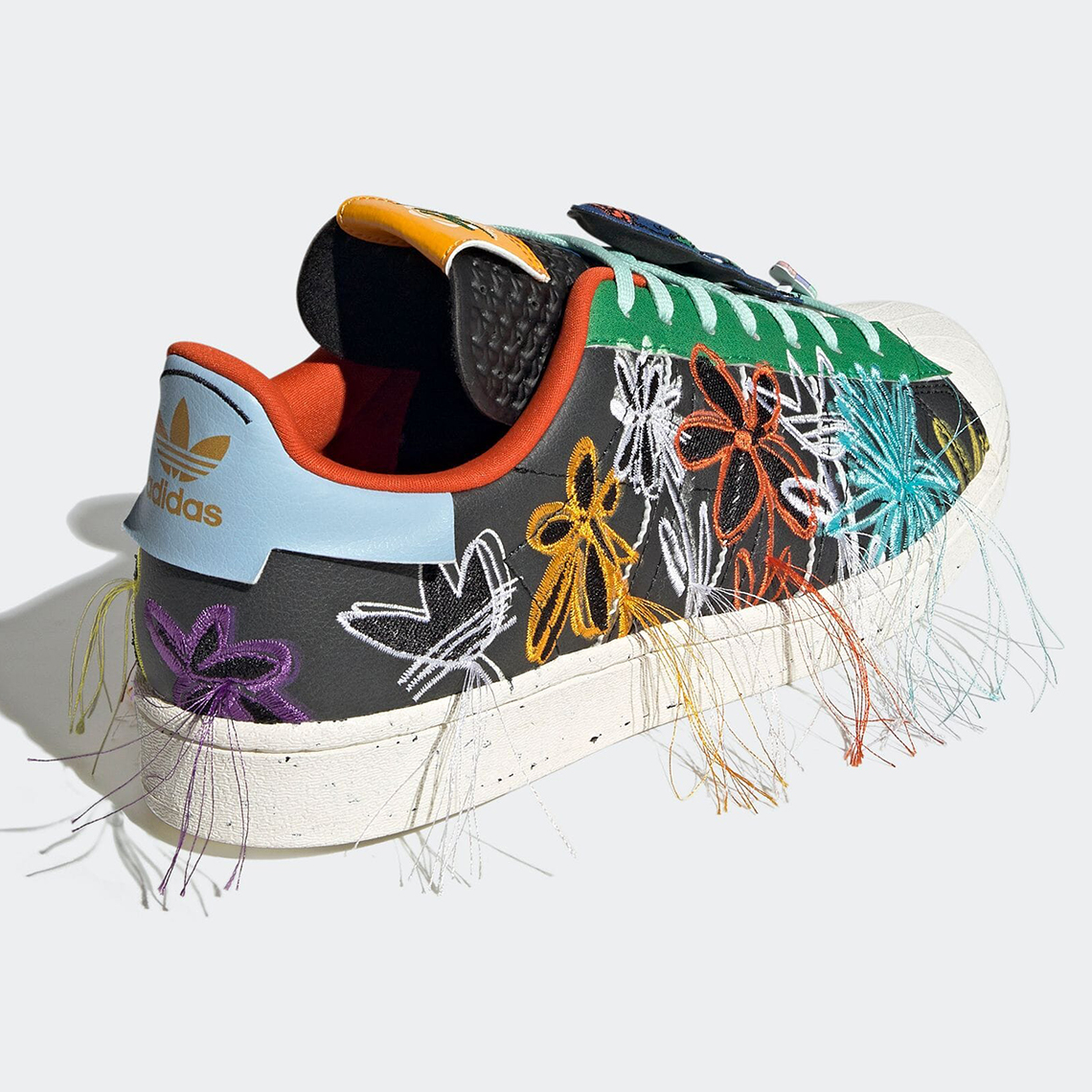 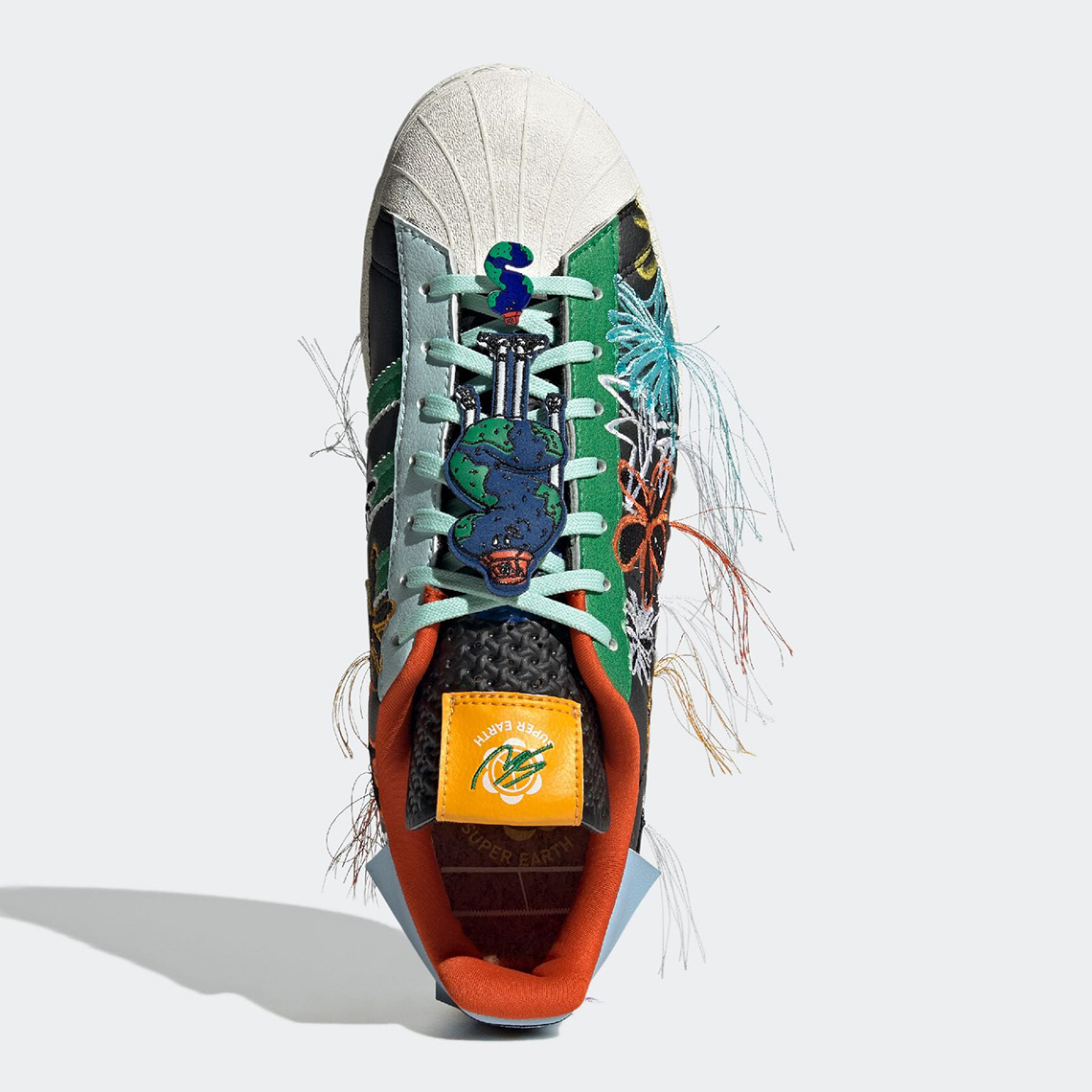 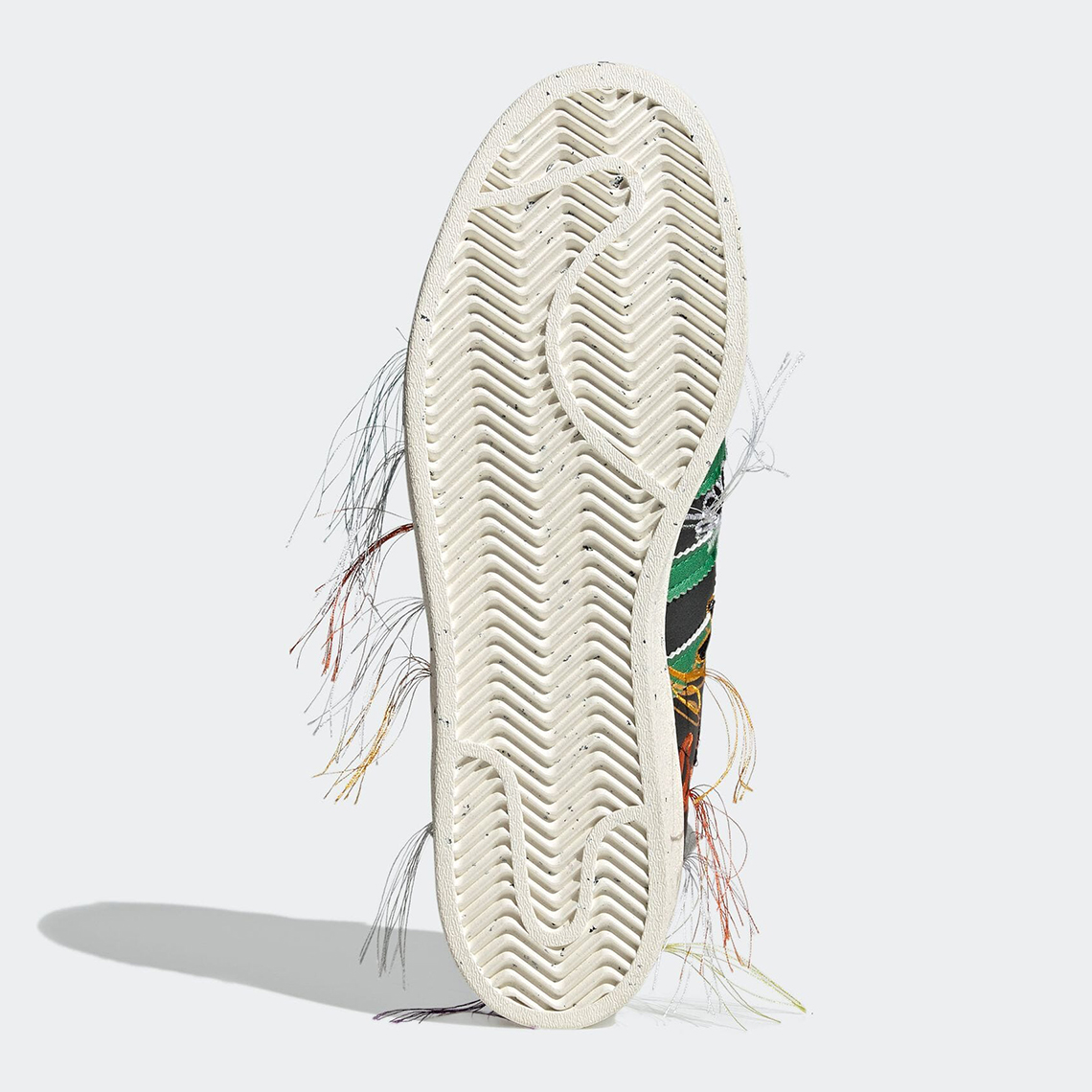 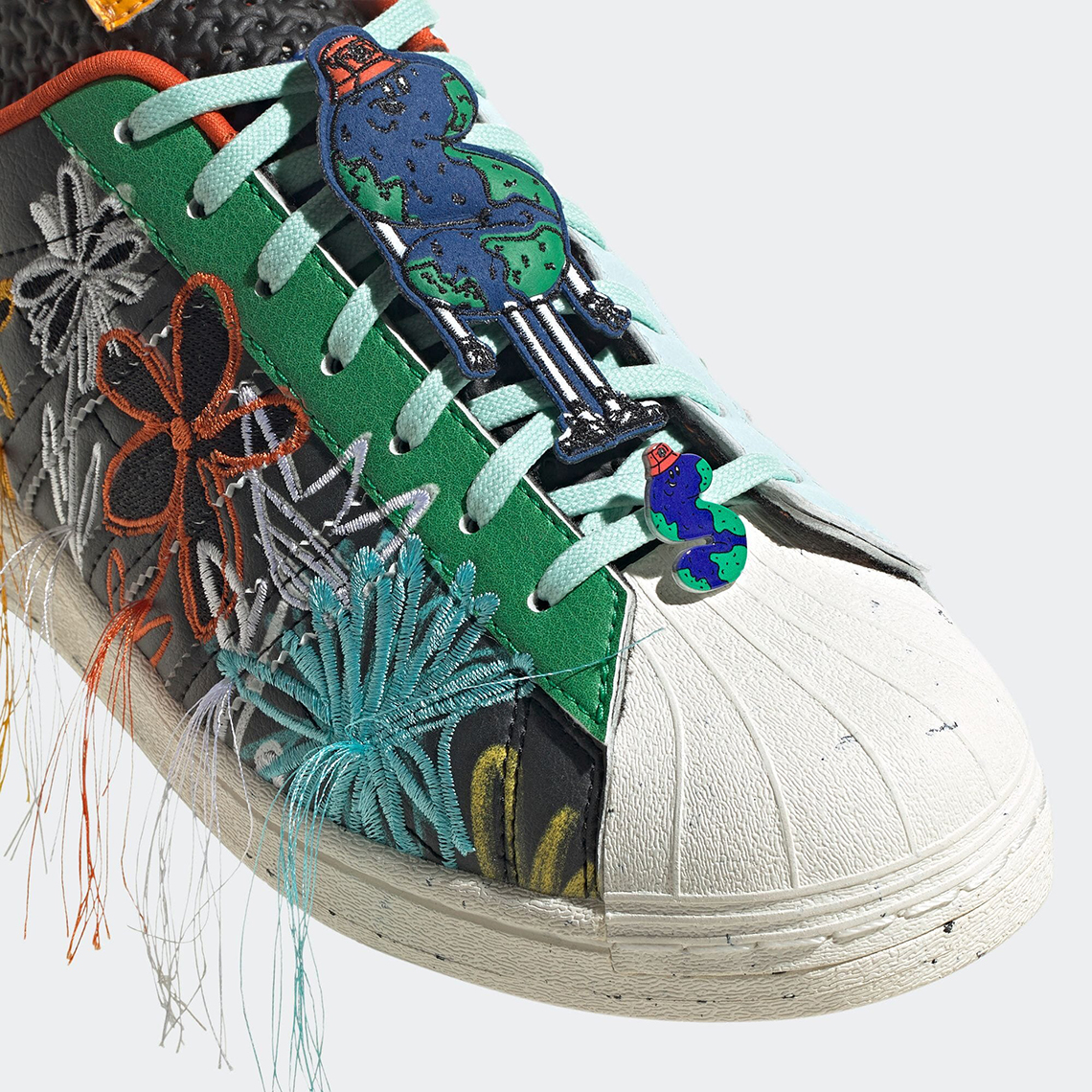 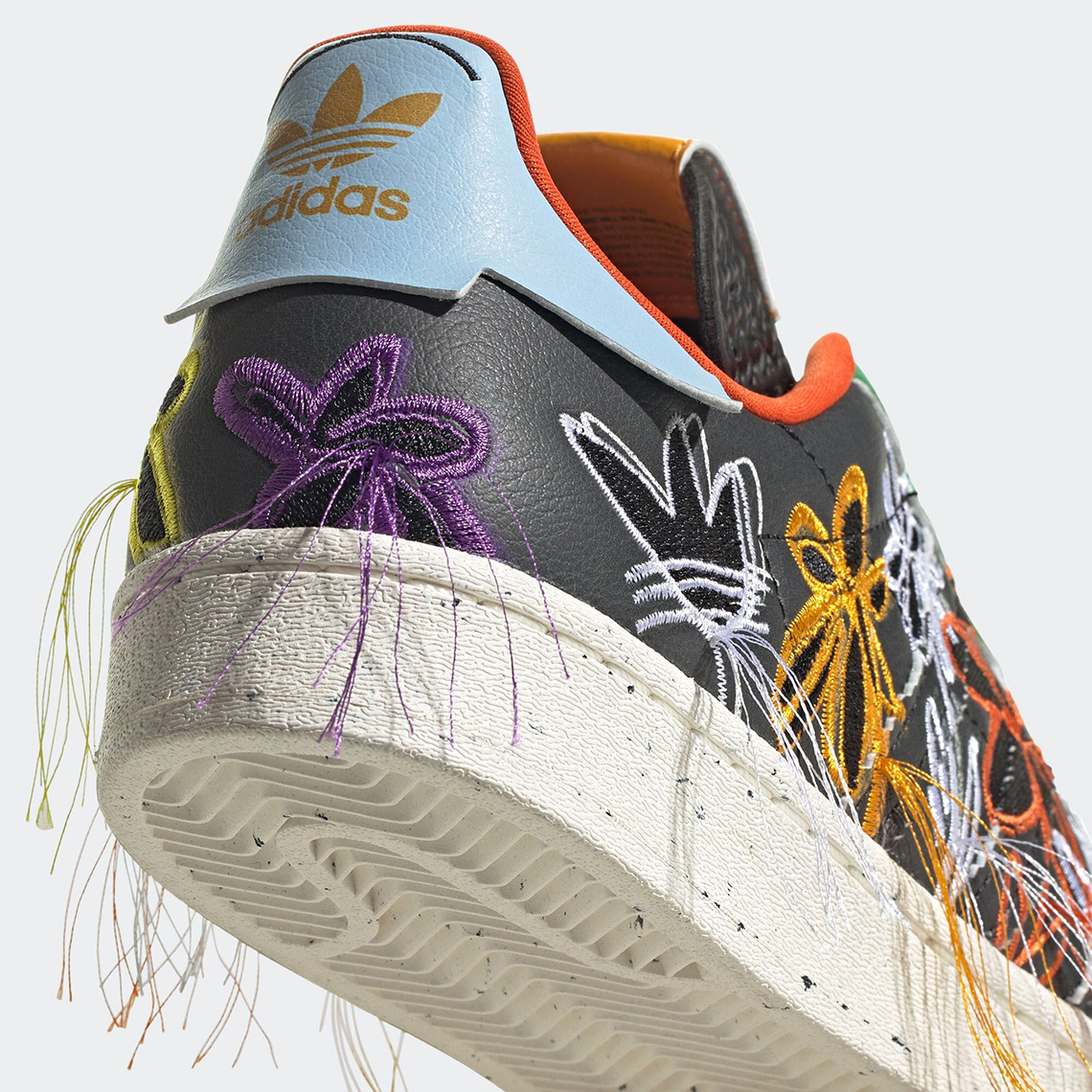