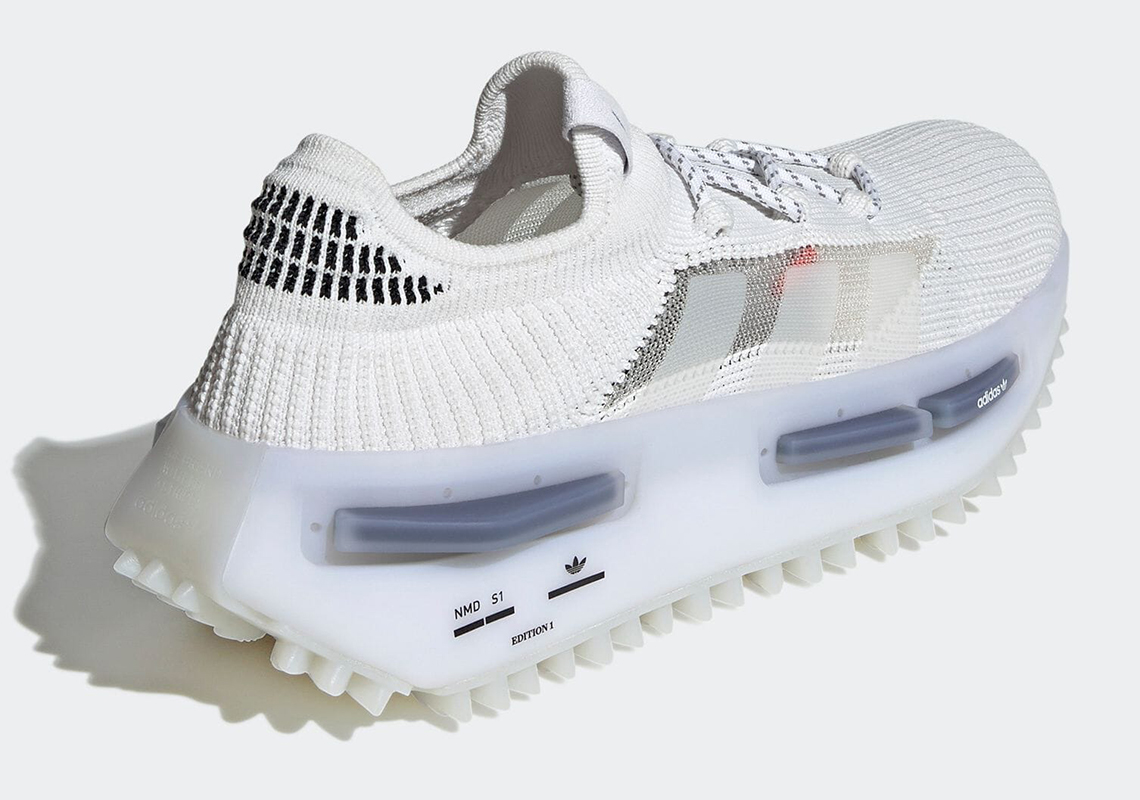 After being previewed by select members of the extended Three Stripes family in early June, the adidas NMD S1 has finally emerged via official images.

While the development doesn’t reveal anything new about the long-anticipated evolution of adidas‘ “NOMAD” design, it suggests a release date is closer than before. As previously-seen, Primeknit construction makes up the entirety of the upper. Profile 3-Stripes sit atop a slightly-less-robust material, delivering an aesthetic similar to the YEEZY BOOST 380. Detailing at the top of the heel and tongue add futuristic touches to the pair, but they’re unquestionably overshadowed by the aggressive sole unit underfoot.

By far the most notable design departure from previous adidas NMD propositions, the cushioning and tread on the forthcoming S1 is exaggerated in both height and features. Inaugural styles apply a semi-translucent “Cloud White” finish to the chunky sole unit, although the EVA foam plug-replacing chiseled detailing on the sides introduce a smokey grey into the mix. The model’s name appears on the lateral heel right above “EDITION 1” text which suggests the design’s follow-ups will abide by an “S[X]” naming system. Aggressive trefoil-shaped lugs cover the entirety of the outsole, with perforations revealing BOOST-cushioning.

No official adidas CONFIRMED app launch details have been disclosed, but this new chapter in the NMD series is likely to arrive in the coming months. In the meantime, enjoy images of the pair ahead.

For more from the Three Stripes, check out all remaining 2021 YEEZY release dates. 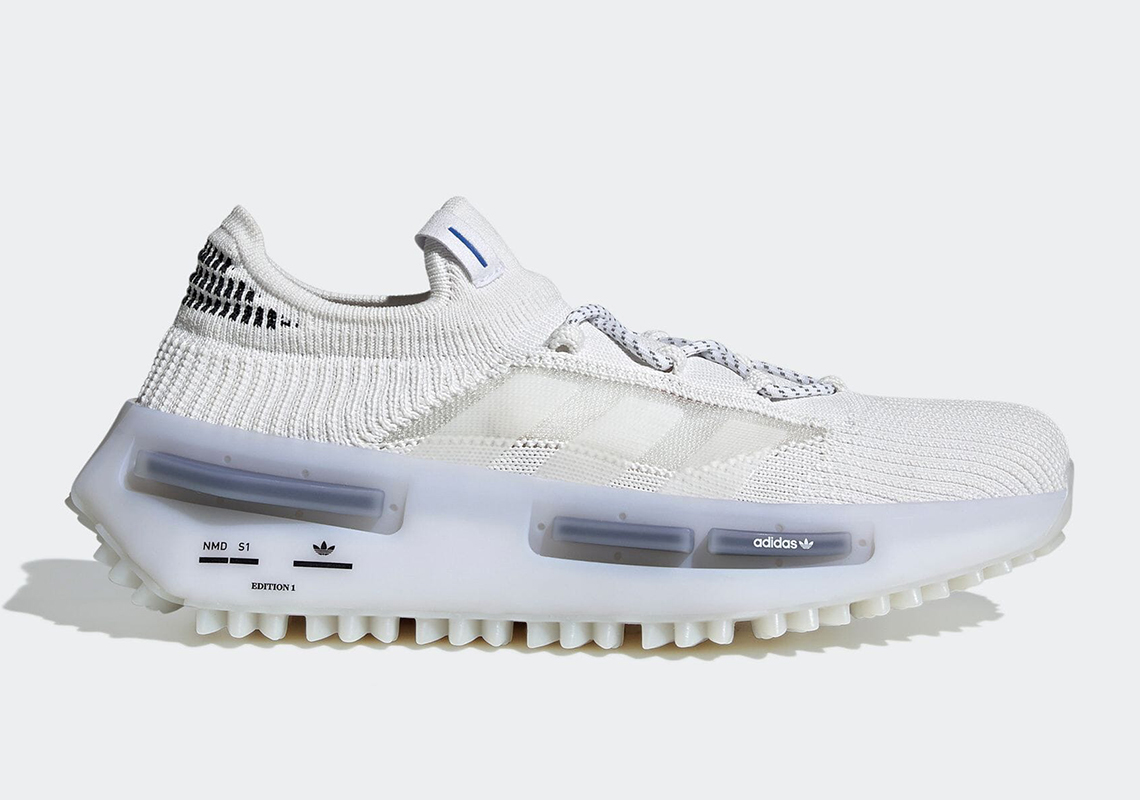 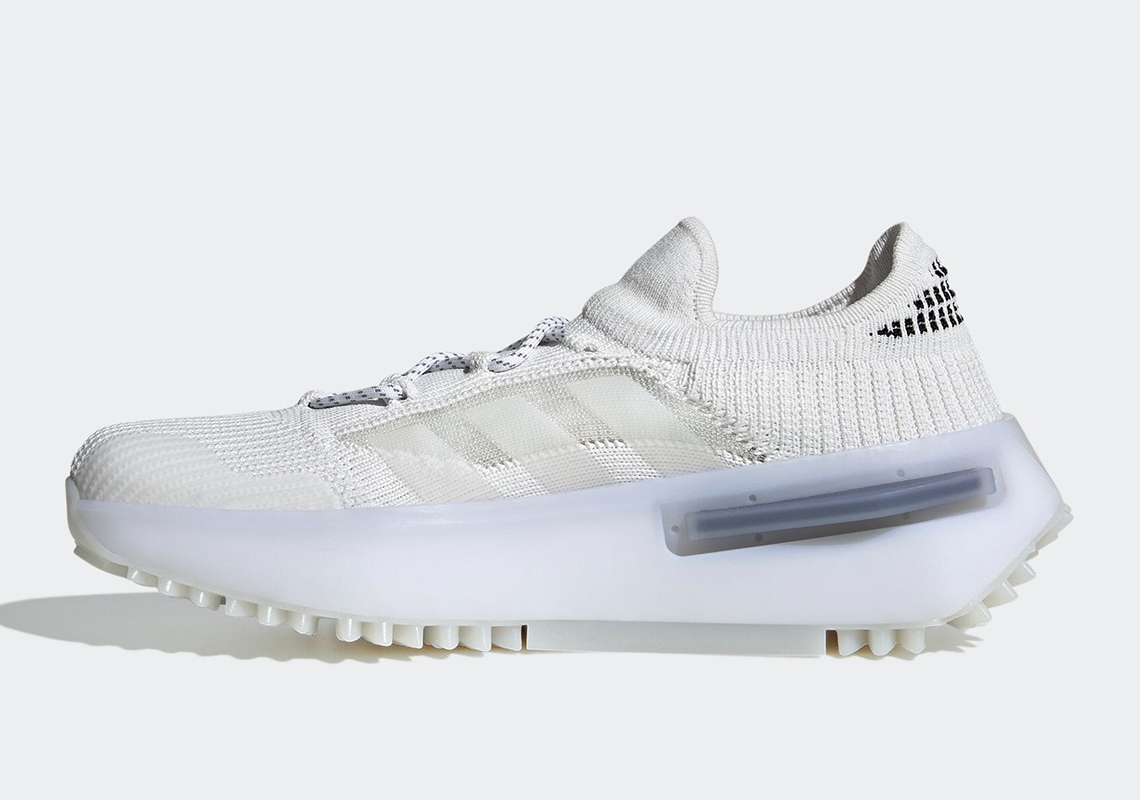 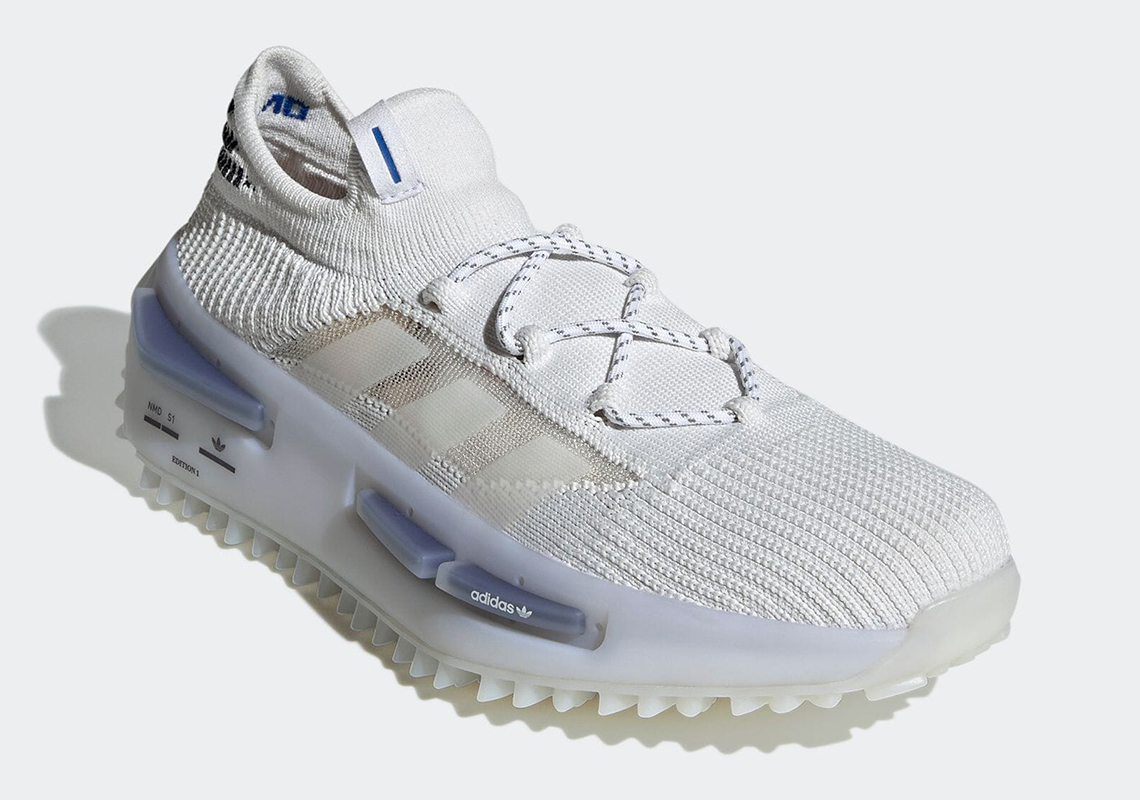 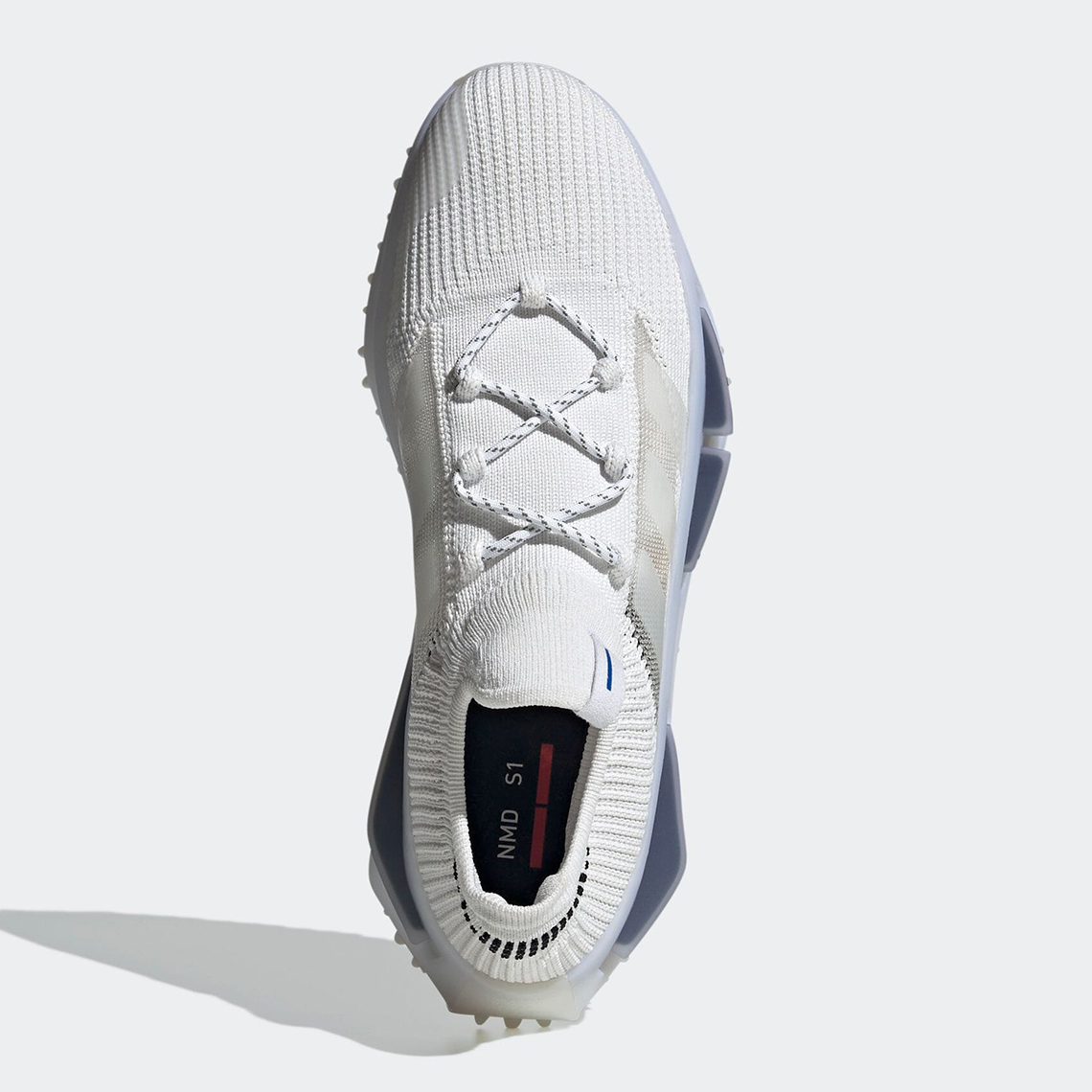 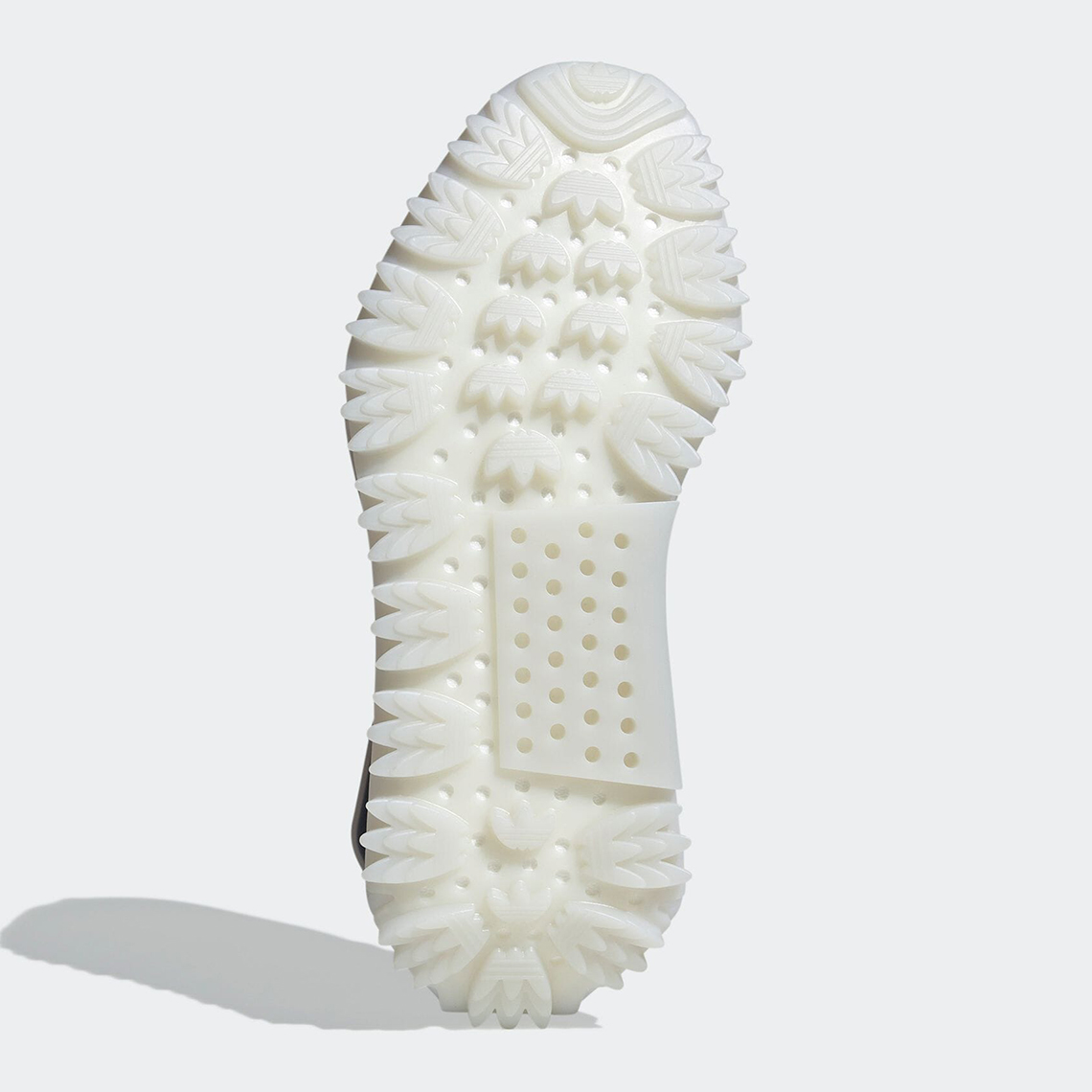 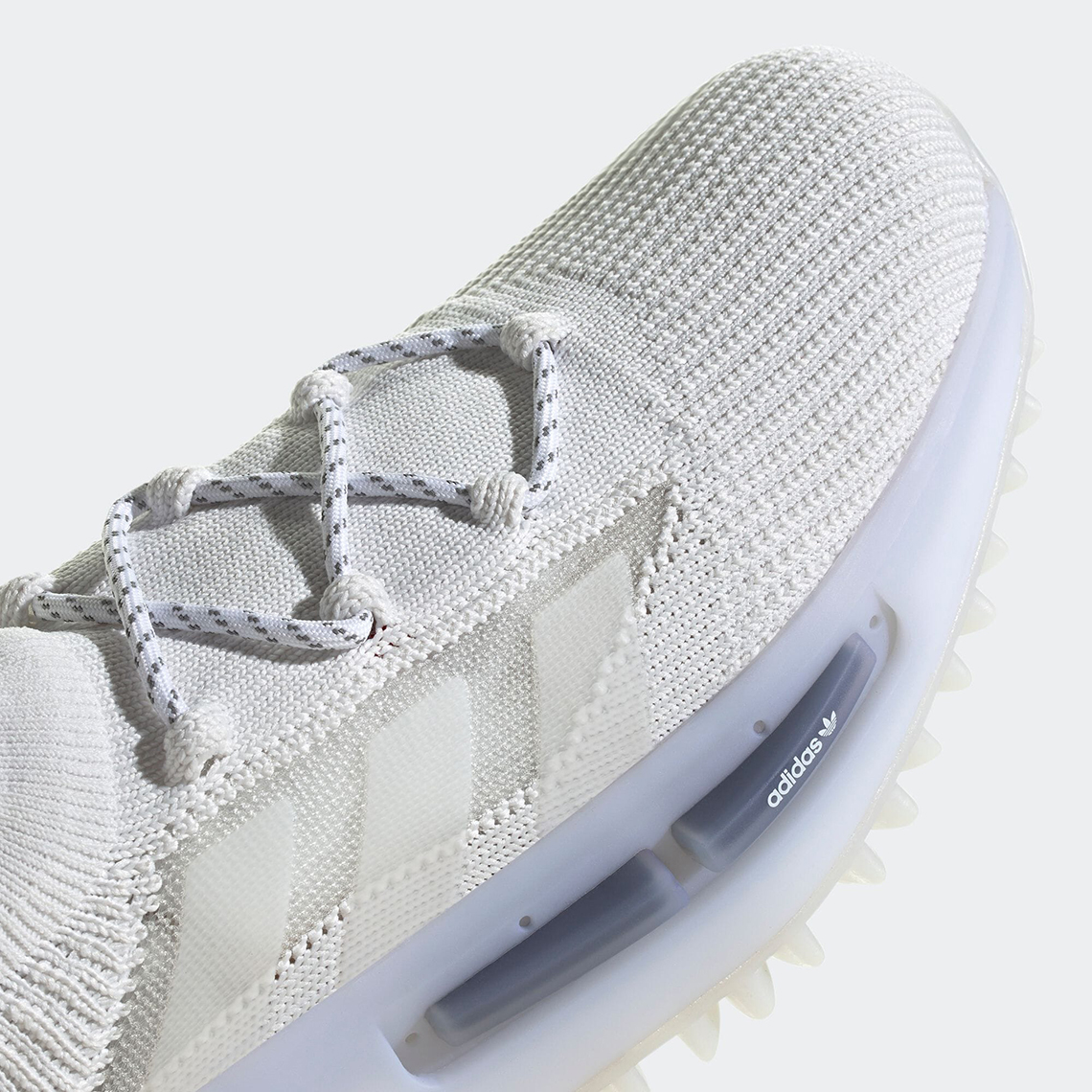 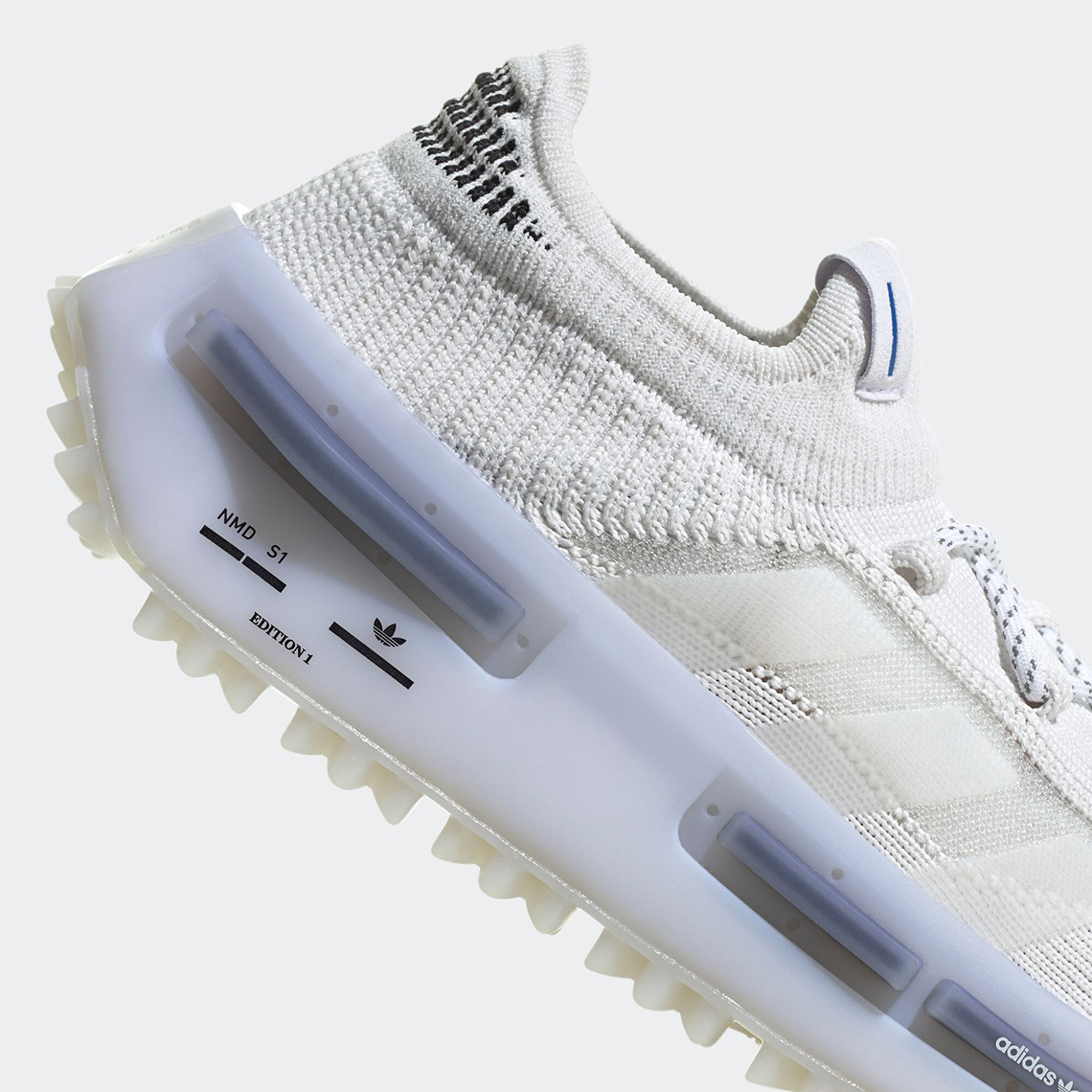 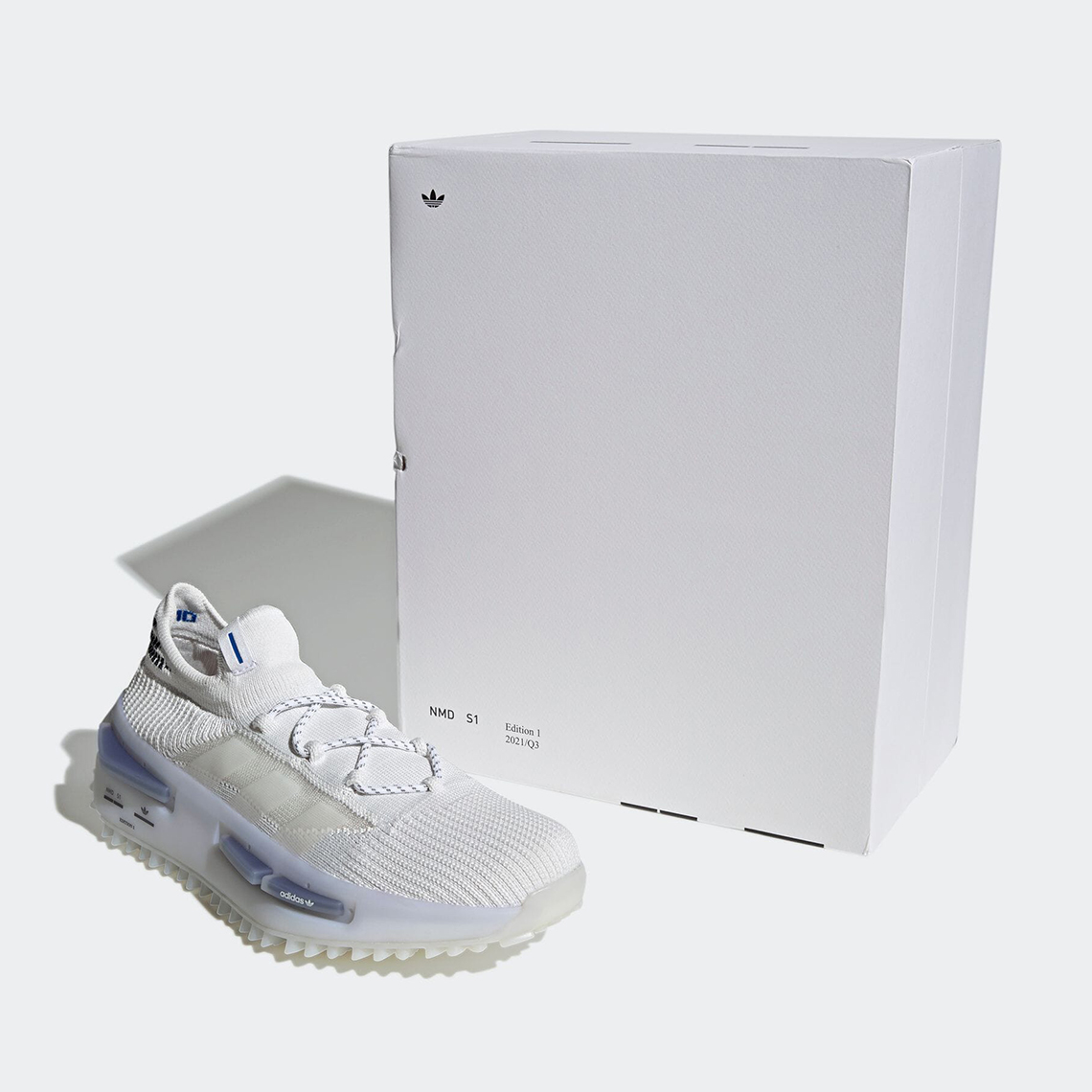