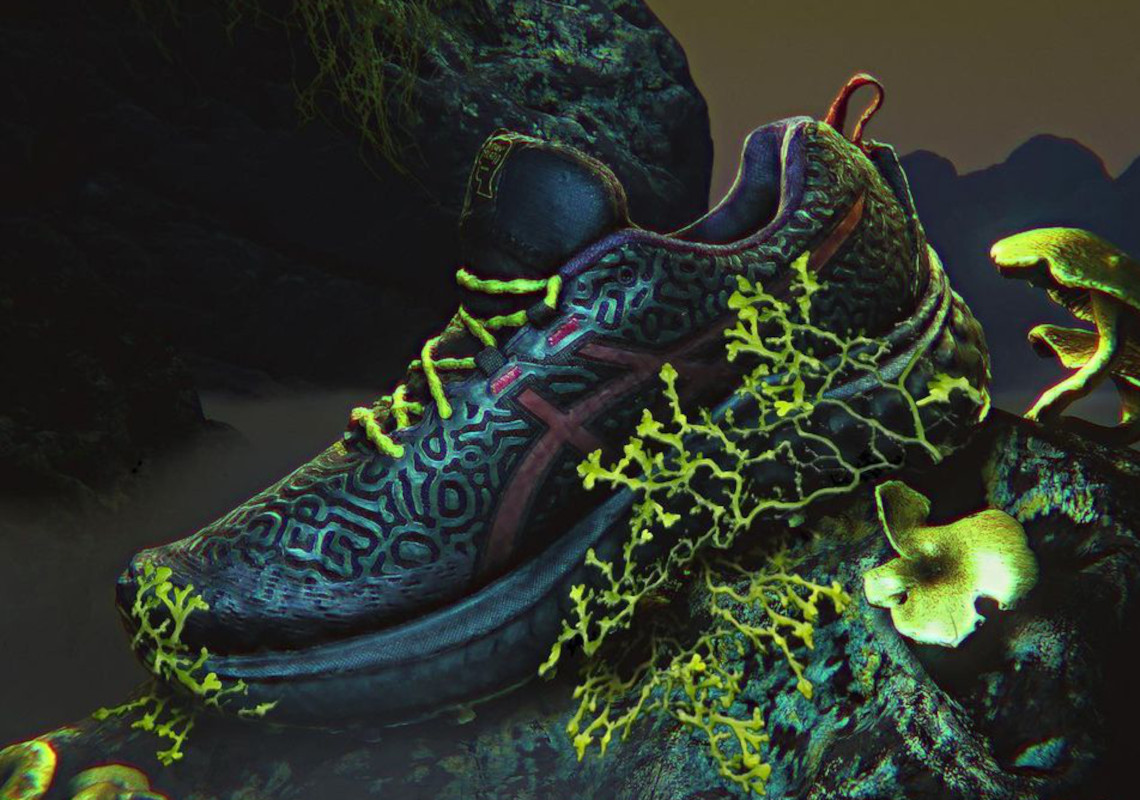 BRAIN DEAD might not boast the widespread clout as other streetwear contemporaries, but it’s garnered a cult-like following via both solo and collaborative efforts. For its latest project, the Kyle Ng and Ed Davis-founded label has outfitted the ASICS TRABUCO MAX running sneaker in an outlandish arrangement synonymous with the graphic design-heavy brand.

Functionally a trail running shoe, the newly-unveiled pair is pitched under an “Organic Chaos Design” tagline by BRAIN DEAD. The synthetic, breathable upper is given a dark makeover that hides a green abstract pattern throughout the entire of the sneaker’s top-half. Given the pair’s campaign imagery, it’s probable the two collaborators have drawn from fungal species’ haphazard growth for both the shoe’s design and color palette. ASICS’ profile vector logos deviate from their dark surroundings in stark red contrast, as does the pull tab at the heel. Laces indulge in a near-radioactive green tone that also lands on the root-like graphics ostensibly printed at the tip of the toe and side walls. Underfoot, GUIDESOLE™ cushioning and ASICSGRIP™ tread round out the offering in the color palette found up-top.

Enjoy a first-look at BRAIN DEAD’s next ASICS collaboration here below, and find pairs arriving on October 12th via Brand Dead and globally October 30th.

For more sneaker news, check out the Air Jordan 12 “Royalty” expected to launch on November 13th. 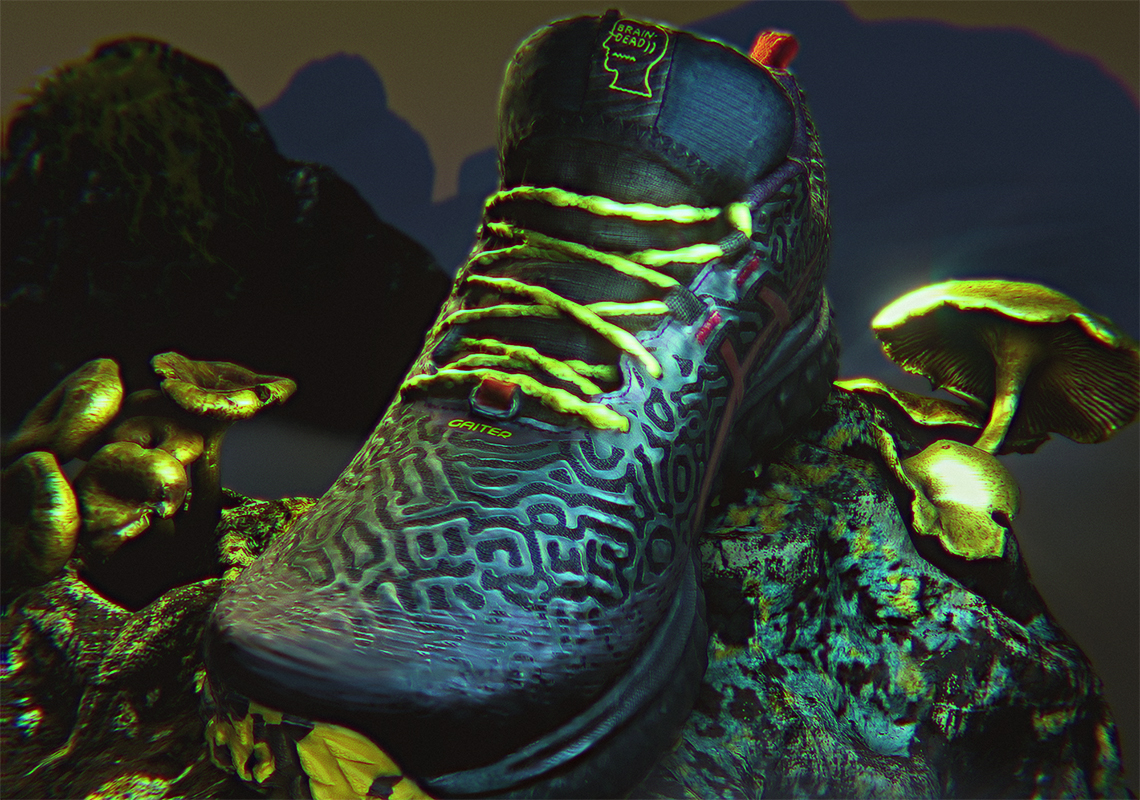 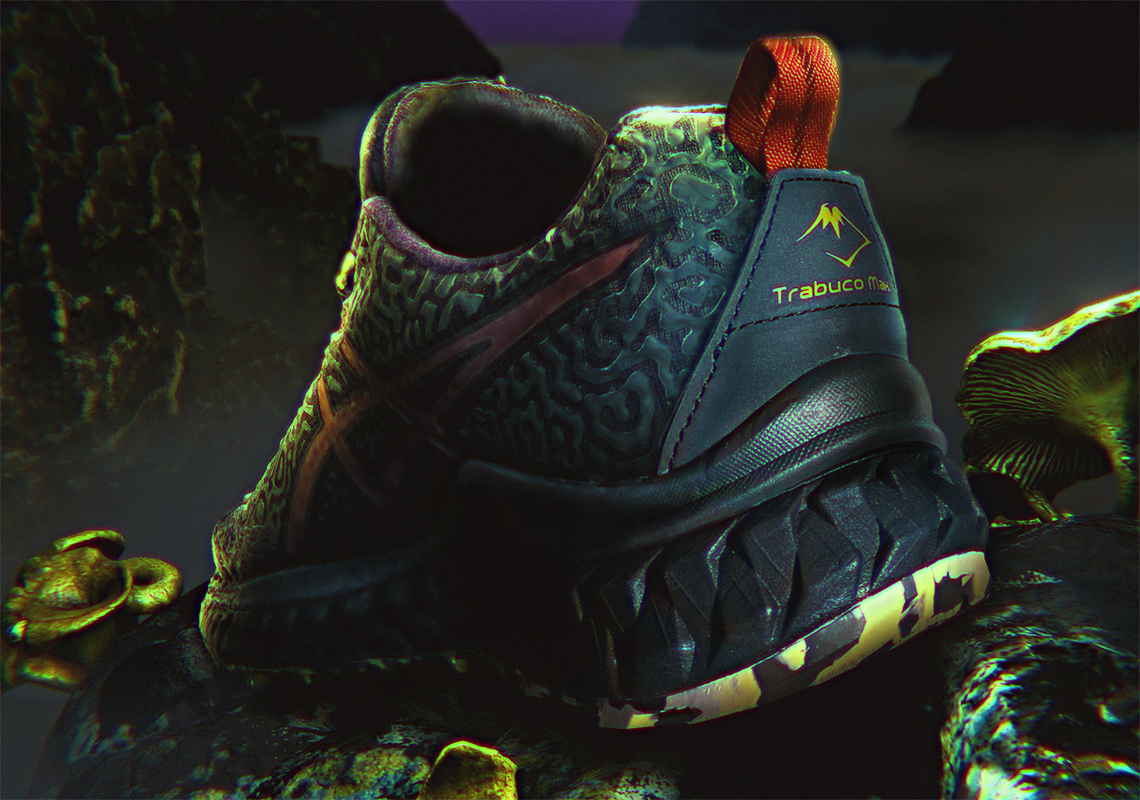 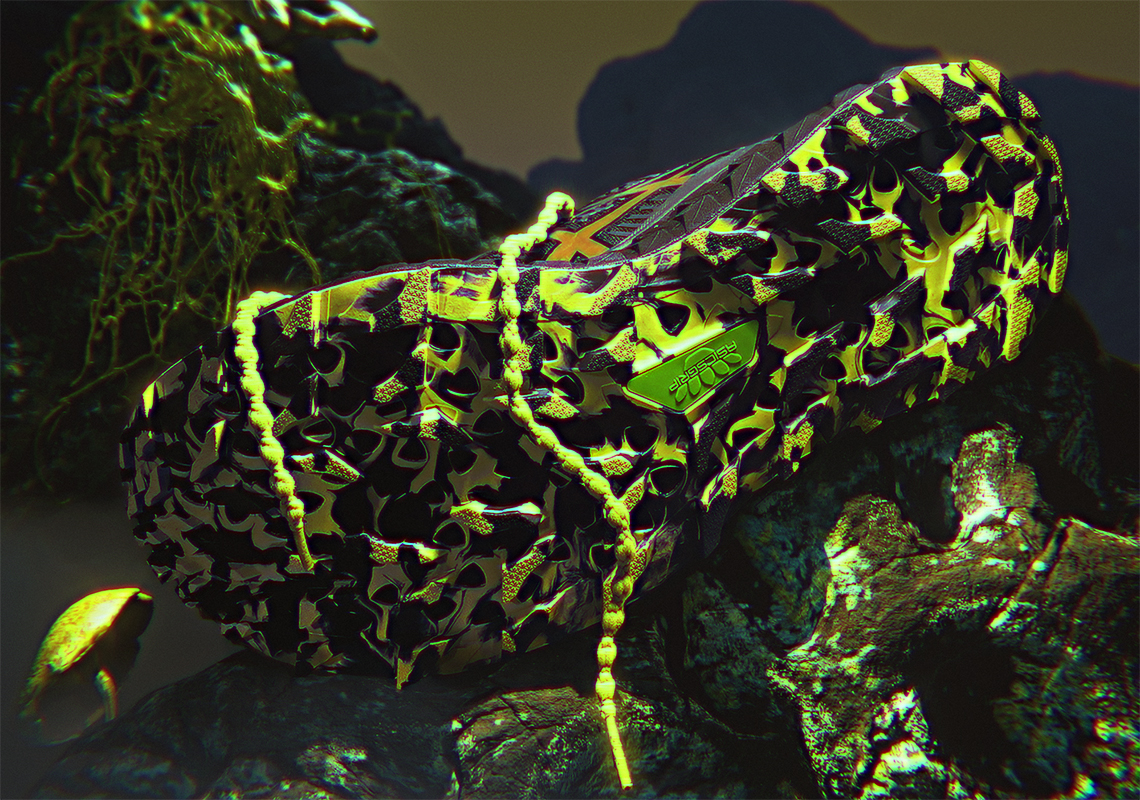