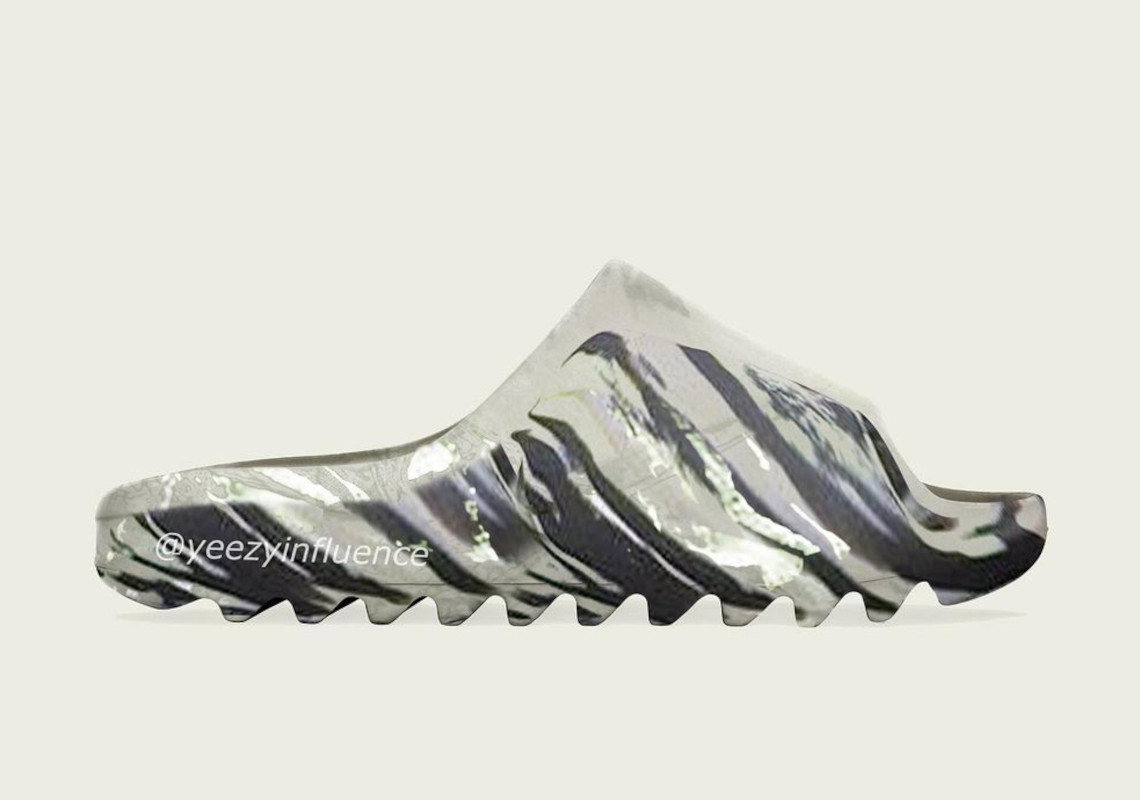 As Kanye West continues to appear throughout the United States of America in all-black ensembles, his adidas YEEZY propositions have been emerging in much more vibrant outfits. While degrees removed from the boldness of the slip-on “Vermillion” style expected before October ends, a newly-surfaced YEEZY SLIDE “MX” introduces more variety to a lineup largely criticized for its tonal offerings.

Although ‘ye’s “MiXed” approach to footwear has previously appeared on the YEEZY FOAM RUNNER and YEEZY 350 V2, the newly-rumored pair would be the first in the ever-popular YZY SLD’s catalog. Akin to previous offerings boasting the abstract arrangement, the forthcoming option indulges in a tan base covered in dark grey streaks throughout its body. Hits of a seemingly-“Frozen Yellow” also appear across the YEEZYs, but the print comes to an abrupt halt on the strap covering the forefoot’s upper. While the design choice may simply be a result of prototyping, Mr. West might have his reasons for such an unconventional layout.

No tentative release date has been disclosed, but that’s likely to change as 2022 inches closer. In the meantime, enjoy early images of the slides here below.

For more from under the Three Stripes umbrella, check out the latest UltraBOOST styles. 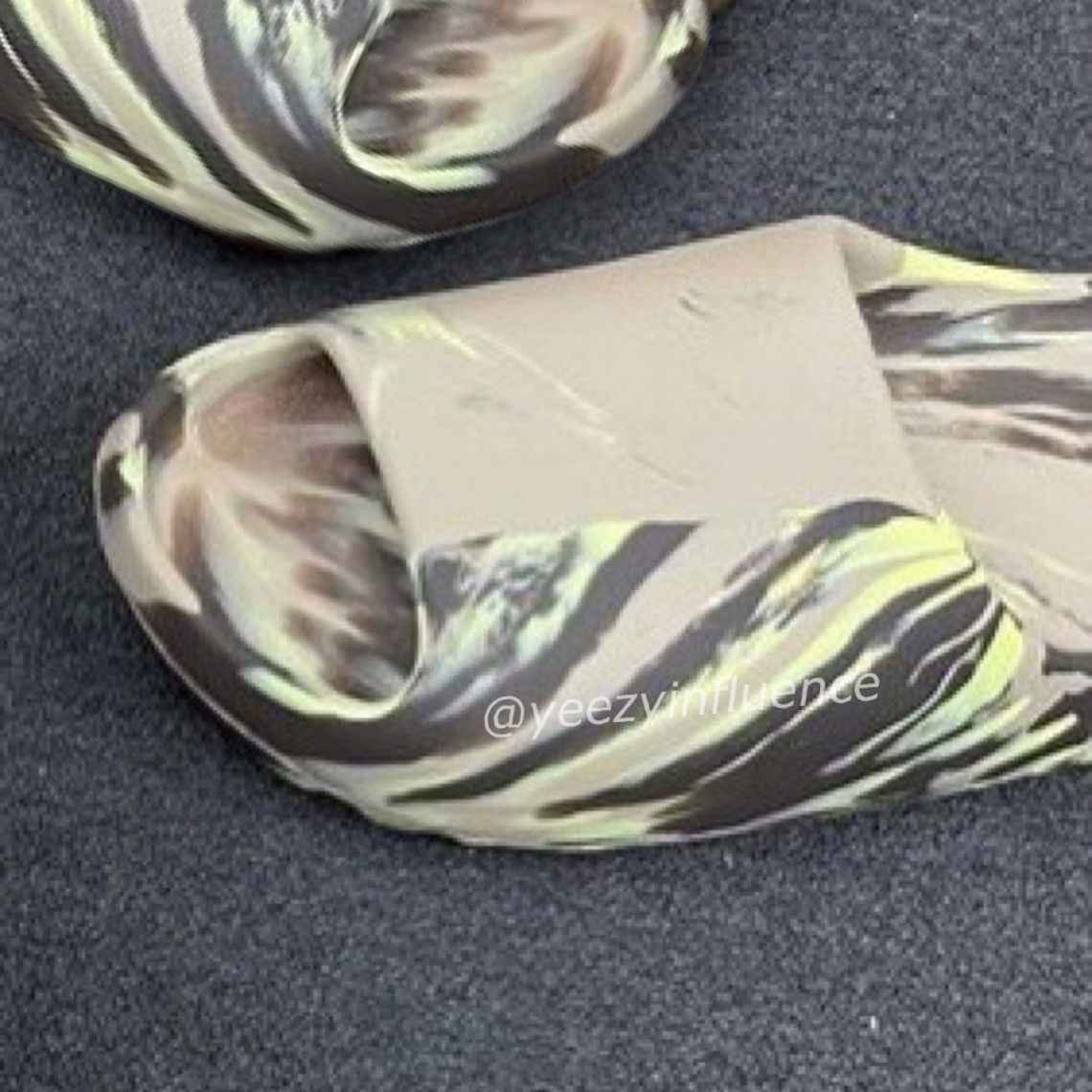