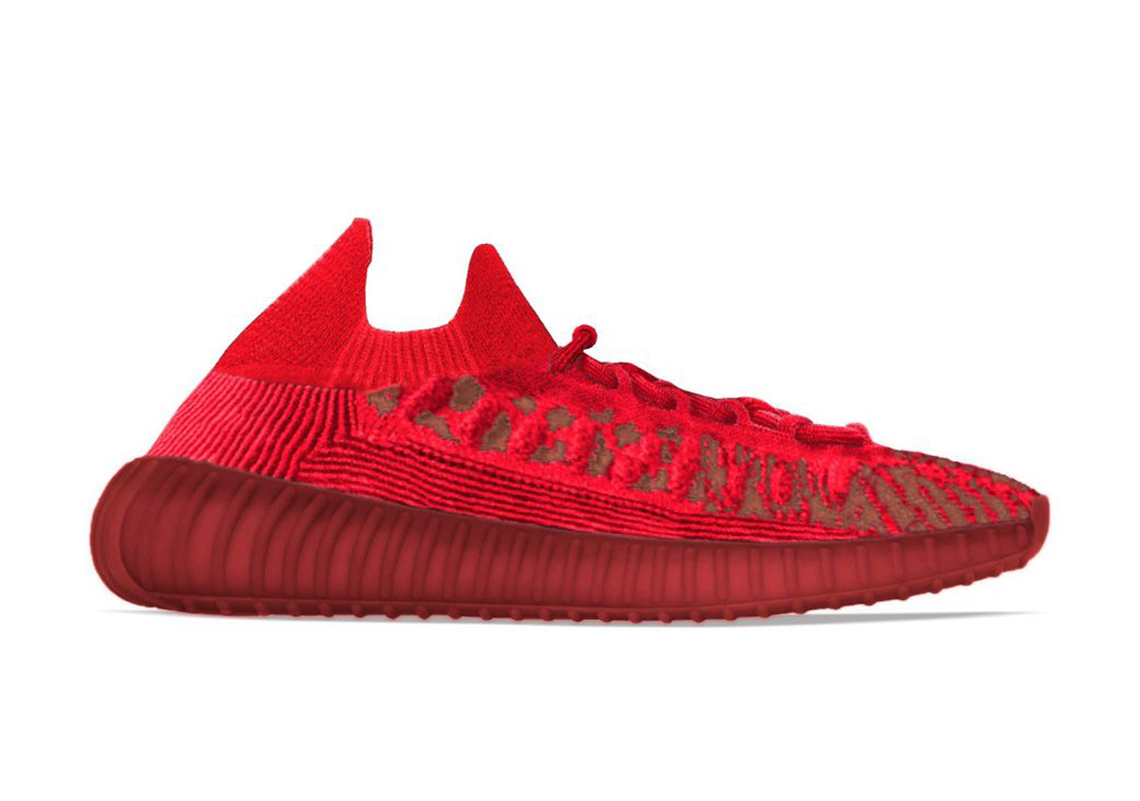 Yesterday, leaks of the Yeezy Boost 350 v2 CMPCT boiled to the surface, its design a dramatic shift away from the original form. And to add to the excitement, the silhouette has been prepared in not just “Slate Blue” but also “Slate Red.”

Though similar in name to its cool-toned counterpart, the “Slate Red” is a far more colorful undertaking. The titular hue is used expressively, applied to both the Primeknit upper as well as the tooling below. And while black was used as a base for the aforementioned, here the colorway opts for a layer of light brown.

Enjoy a quick look at what to expect here. If you’re hoping to pick up a pair, sit tight as they’re slated to land February 2022 at a retail of $220 USD.

In case you missed it, official images of the Yeezy Boost 380 Stone SLT have appeared.

The raffle is open now on the adidas Confirmed App.