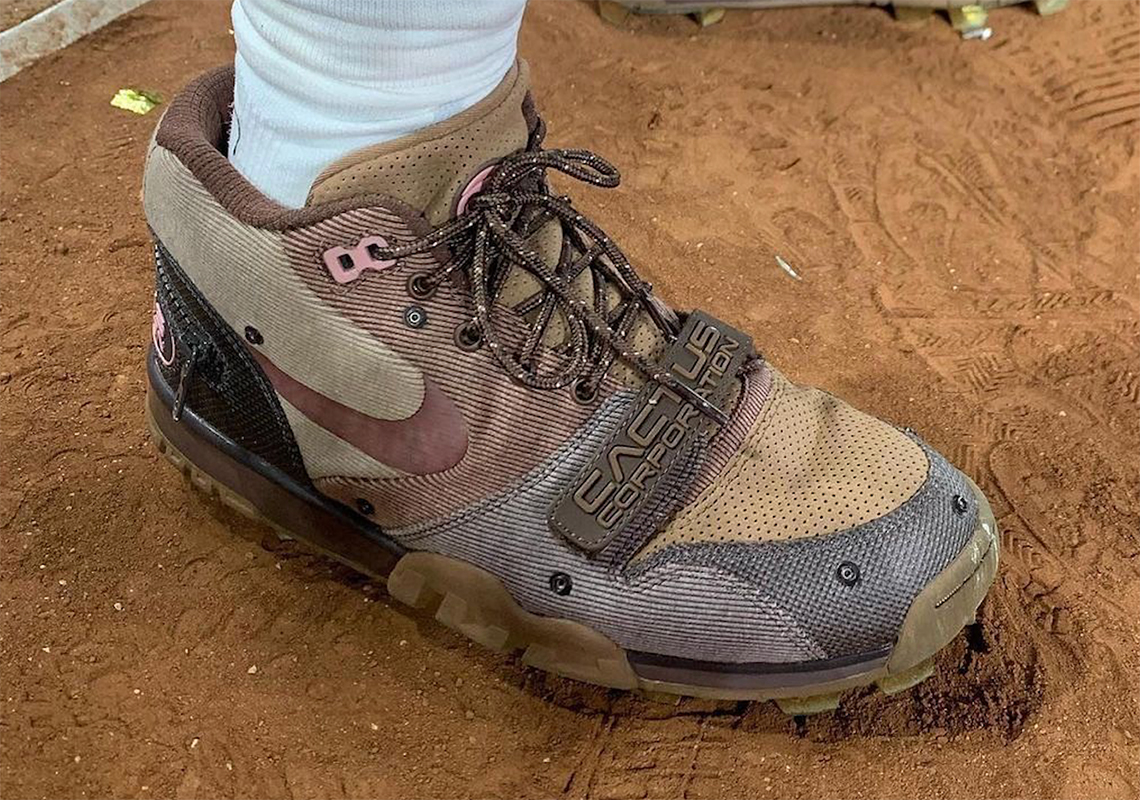 The needle is moving in the direction of Travis Scott once again thanks to word of the looming release of the Air Max 1 “Cactus Jack”. His latest collaboration will indeed release during Astroweek and on December 16th on Nike SNKRS, but our attention is being demanded towards another collaborative release that won’t hit until later in 2021 or possibly into 2022. That would be the Air Trainer 1 “Cactus Jack”, a project that was revealed back in September.

Seen on the feet of Sheck Wes during the Astroweek at the Cactus Jack Foundation Fall Classic Softball Game, the Travis Scott Air Trainer 1 (albeit in cleated form) features a similar racing-inspired aesthetic via the Cactus Corporation logo on the forefoot strap, the exterior rivets, and zippered pocket at the heel. While a shot of the rubber outsole isn’t revealed, it is likely that it includes one resembling tire tracks – just like the Air Max 1. The reversed Swoosh logo exists just on the medial side, while the logo sits properly on the lateral. A mix of materials, such as perforated suede, a corduroy-style texture, and a durable synthetic make up the entirety of the upper.

Again, these are expected (in standard, non-cleat form) in late 2021 or early 2022, so check out the photos ahead. 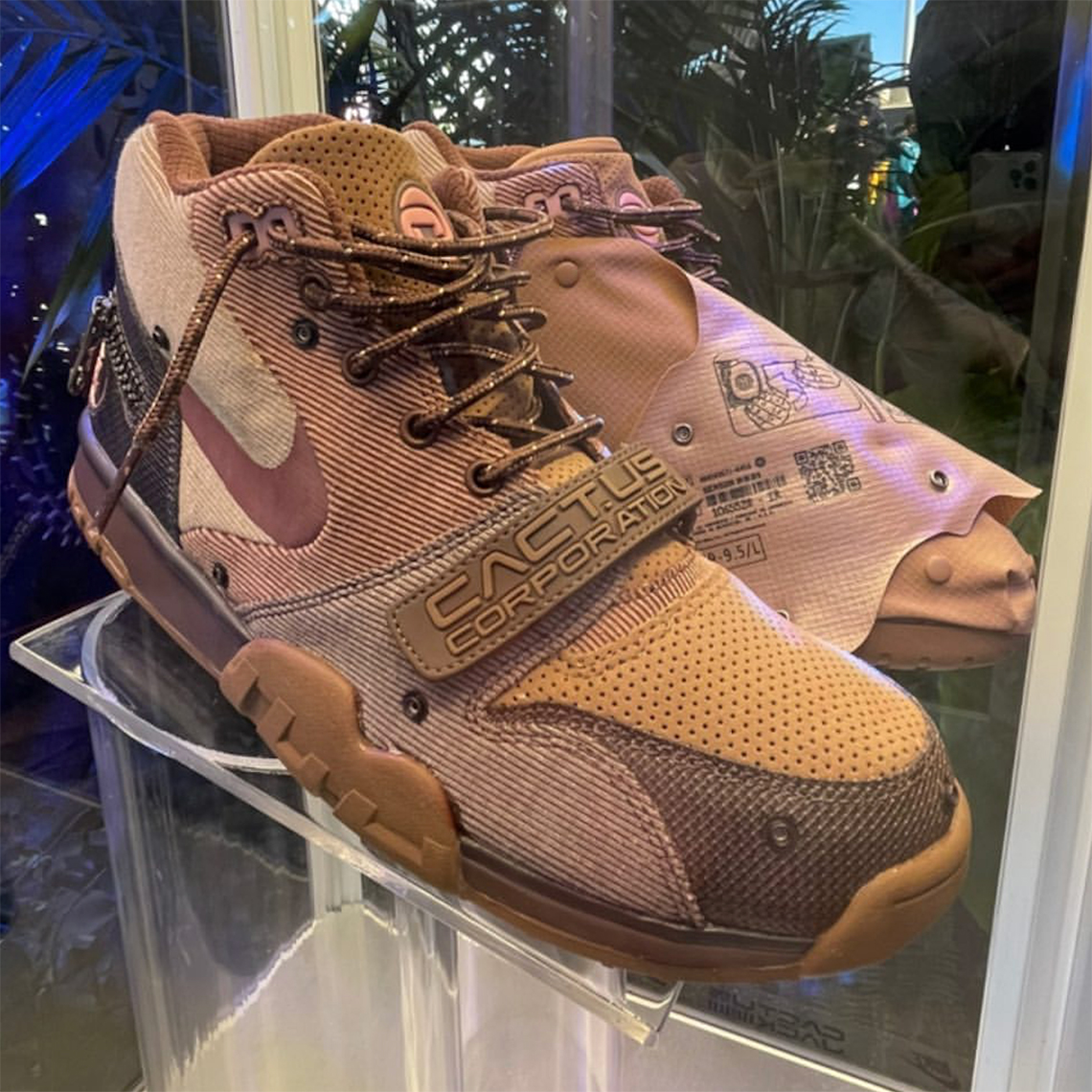 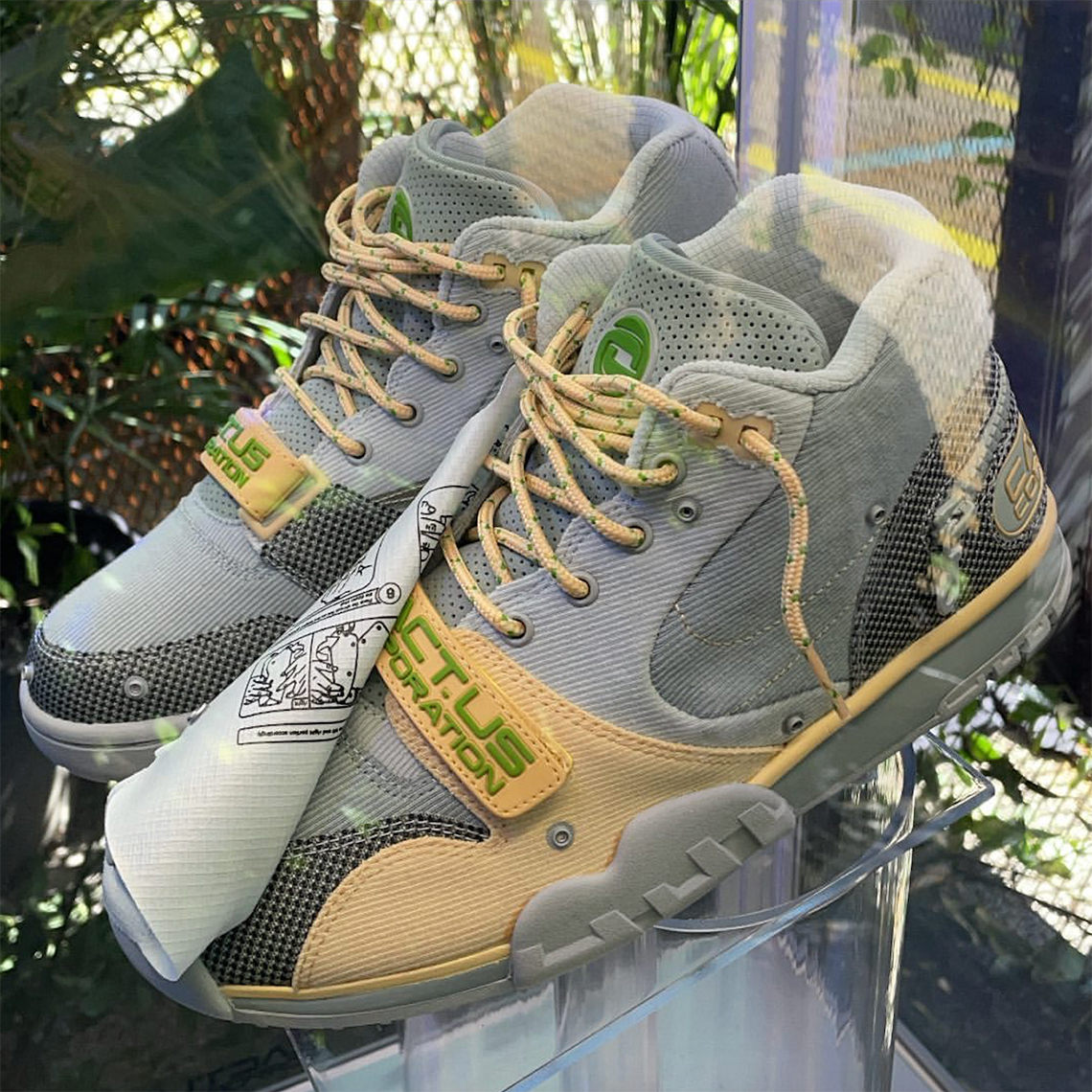 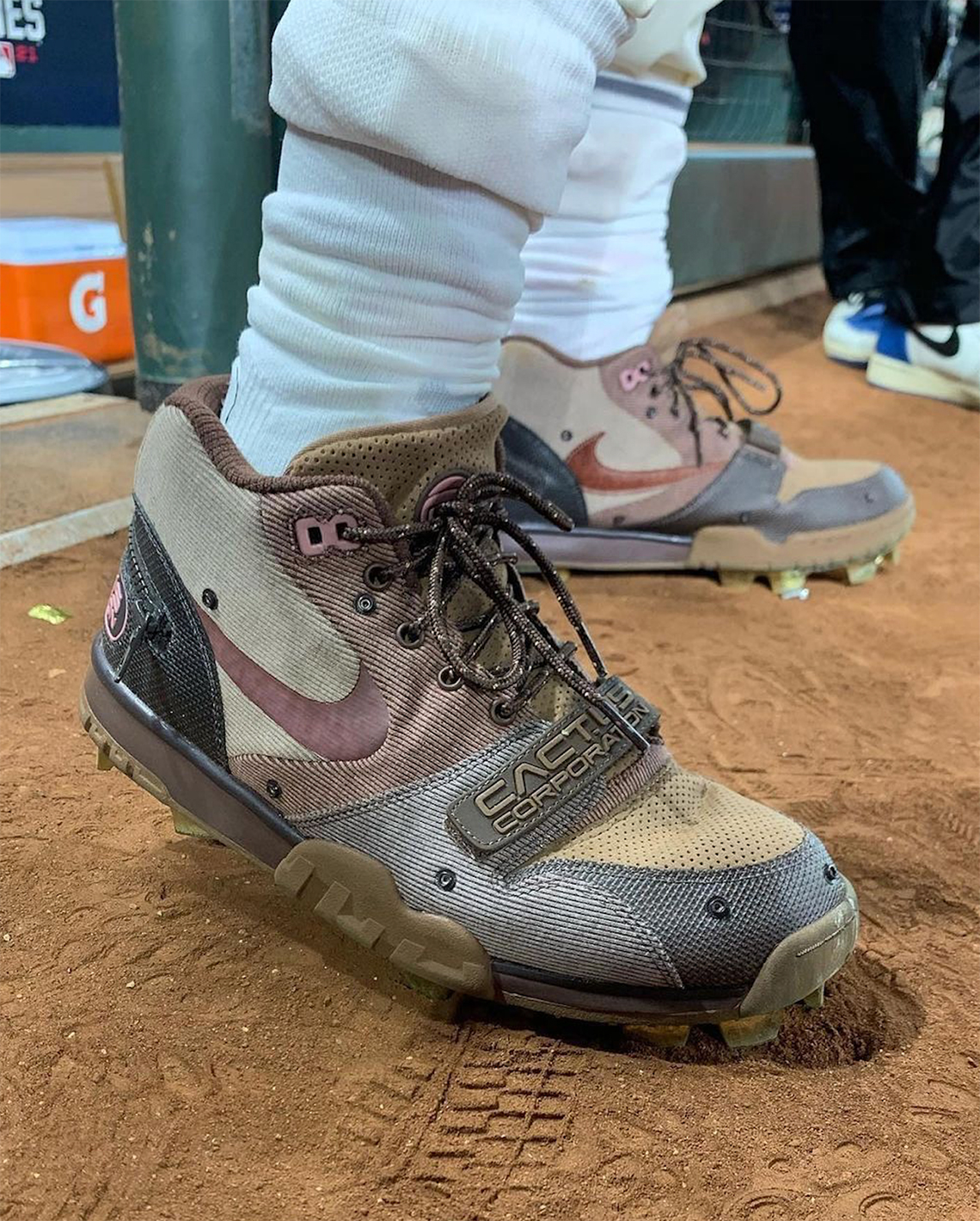 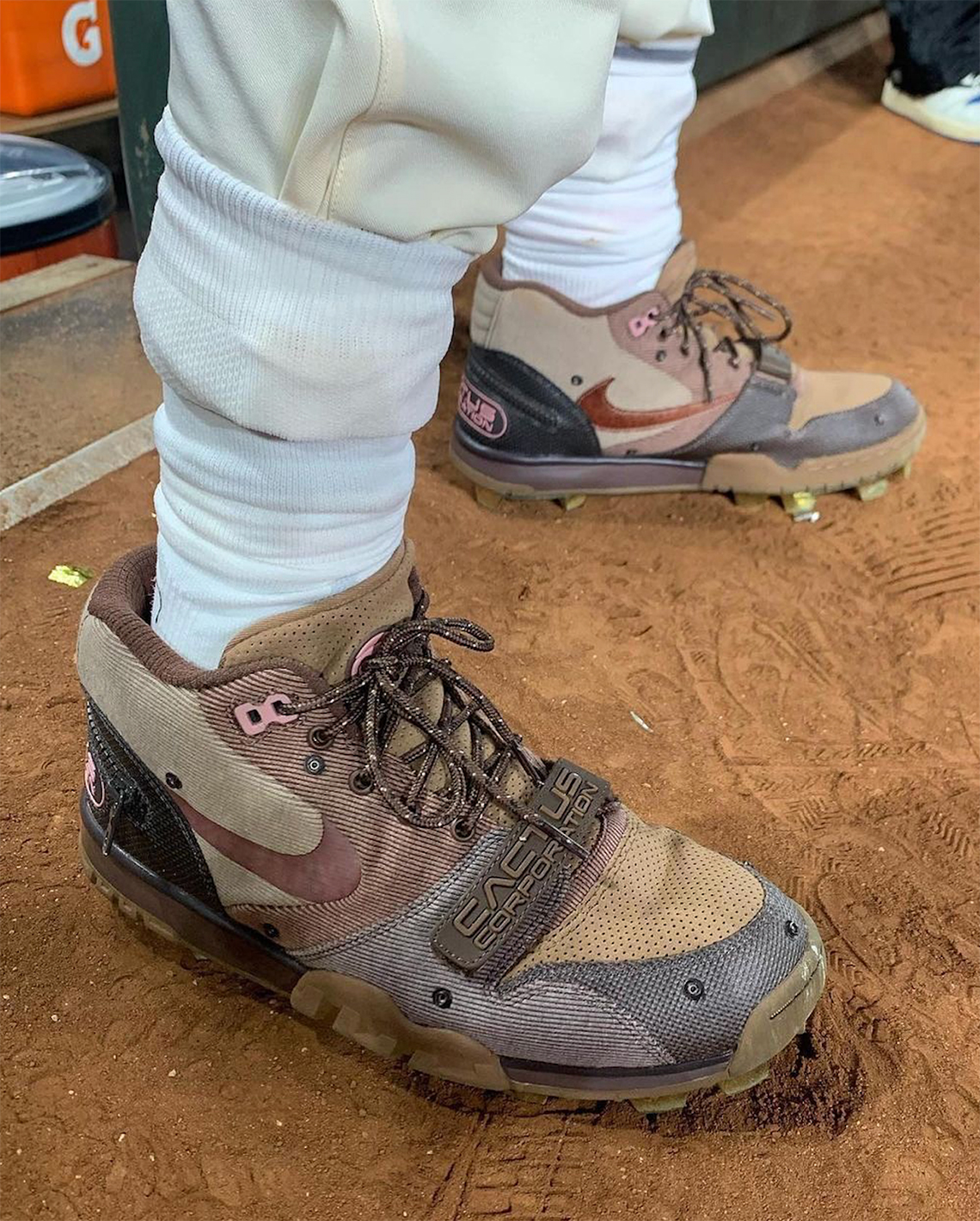 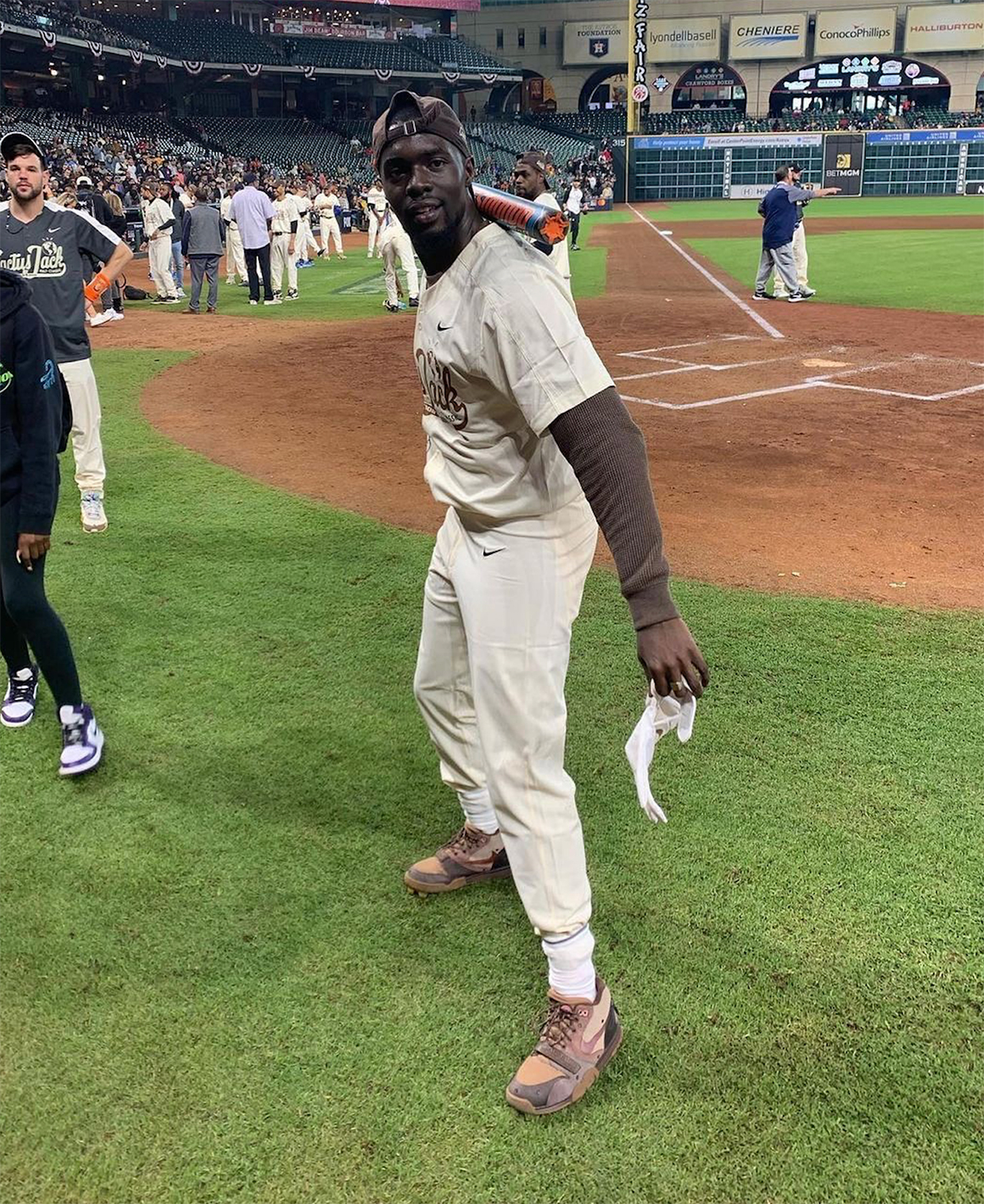 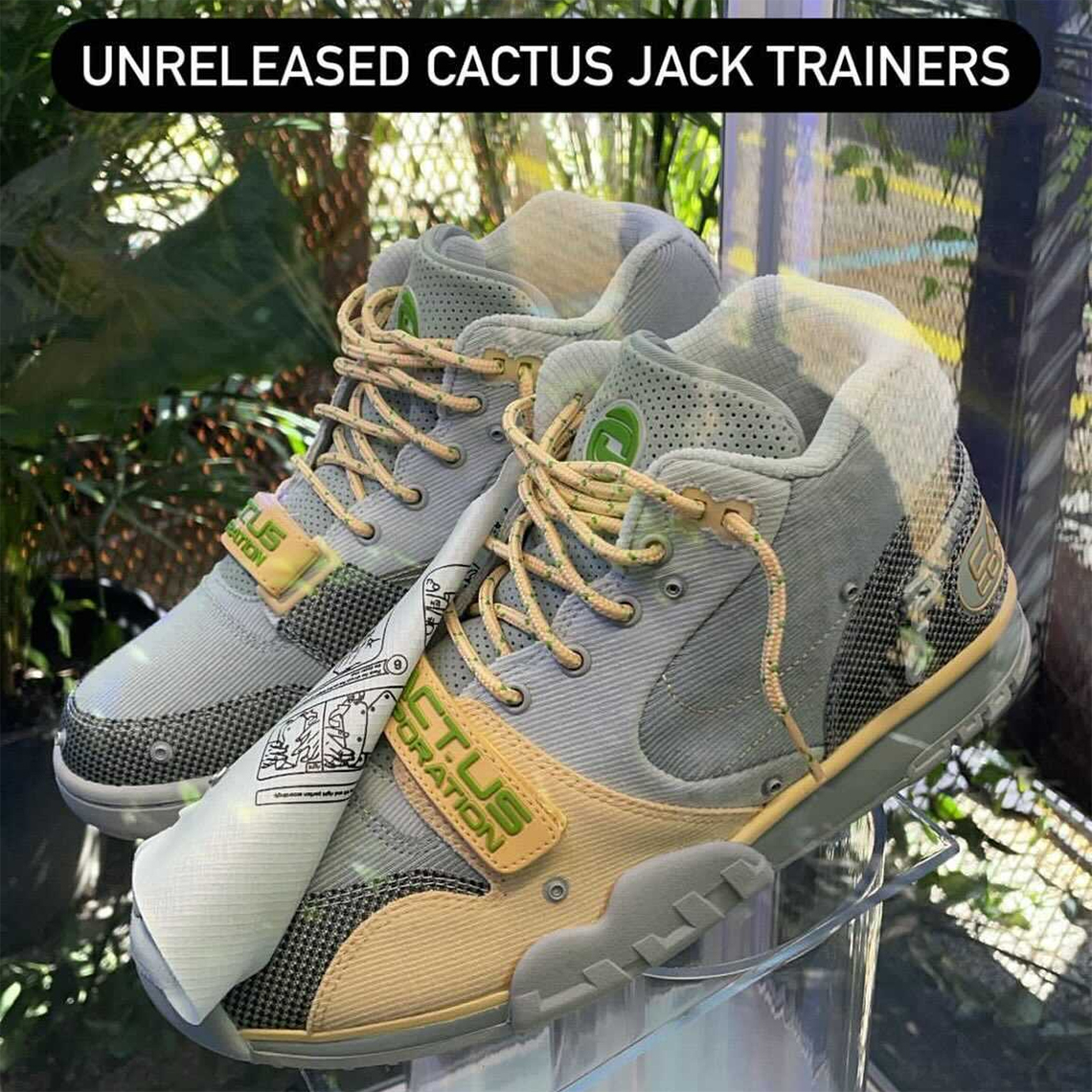