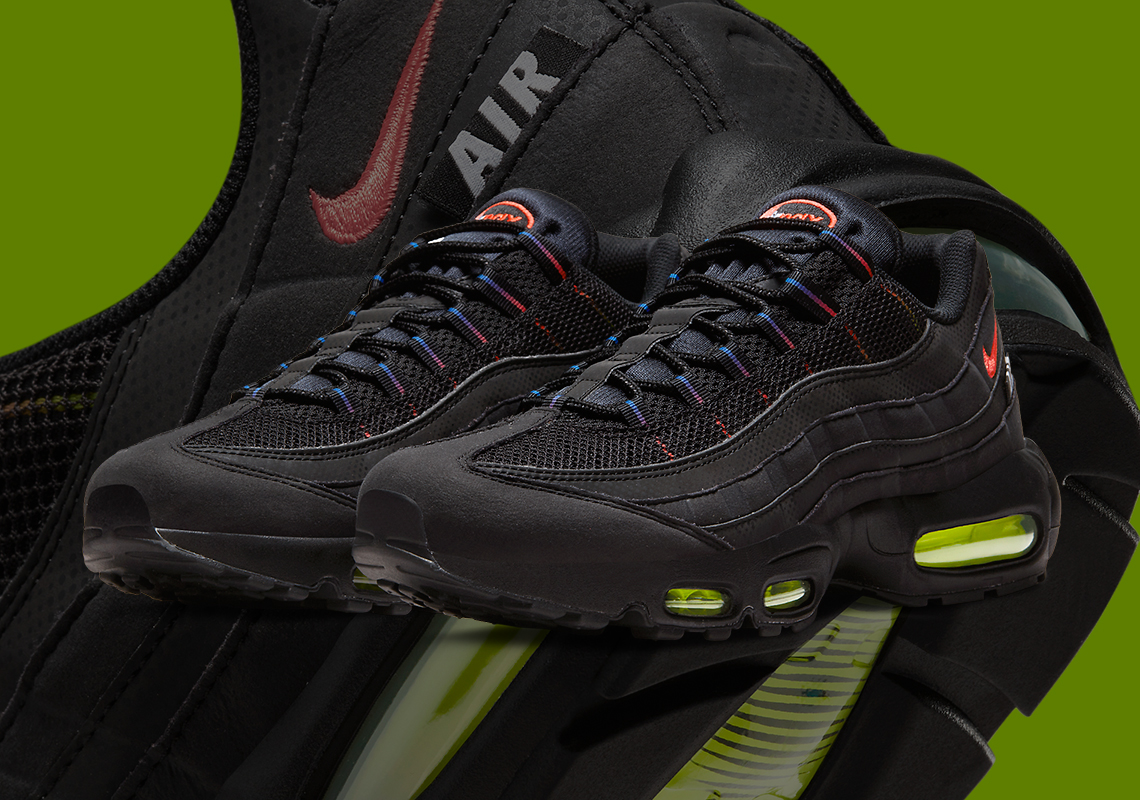 Fast-approaching its 27th anniversary, the Nike Air Max 95 has taking 2021 as an opportunity to expand its non-original colorway roster. Case in point: a newly-surfaced black option featuring both blue to crimson gradients and bold “Volt” flair.

Mixed materials across the upper predominantly indulge in a pitch-dark arrangement that casts a shadow on the use of non-standard components at the vamp overlays, for example. Uncommon “AIR” logos appear right underneath the miniature swoosh found at the lateral heel, possibly referring to a larger Nike Sportswear collection. Lace loops deliver some of the pair’s most compelling design cues, as they boast a gradient that transitions from blue to purple to crimson; the bold ruby color also animates branding on the top of the tongue and sock-liner. Underfoot, Air Max units forgo any of the aforementioned tones, but make their own statement with a neon green hue that immediately nods to Sergio Lozano’s design’s inaugural colorway. Lastly, components on and around the tongue, as well as at the spine, don reflective finishes that allow the sneakers to shine even in poor lightning conditions.

No official release date has been confirmed by the brand, but this Air Max 95 is likely to hit Nike.com outposts in 2022. In any case, enjoy images of the pair here below.

For more footwear from under the NIKE, Inc. umbrella, check out the “Cool Grey” 11 (Air Jordan sneaker) arriving for the whole family on December 11th. 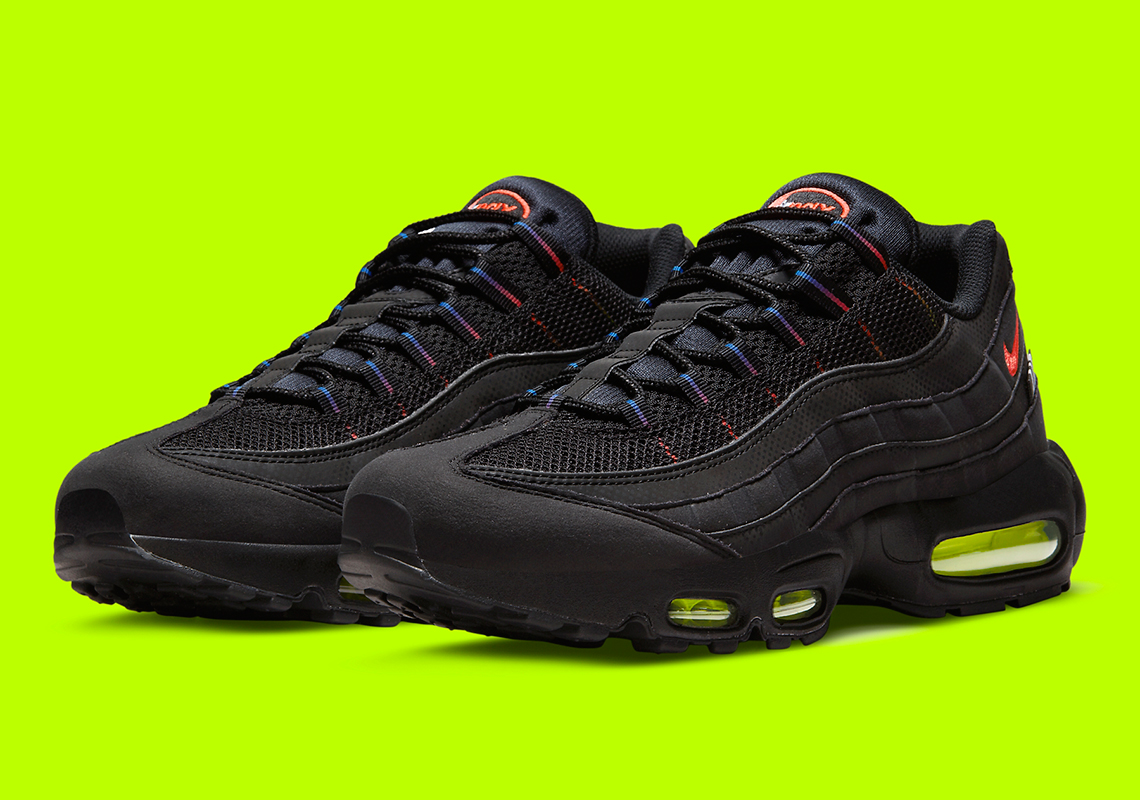 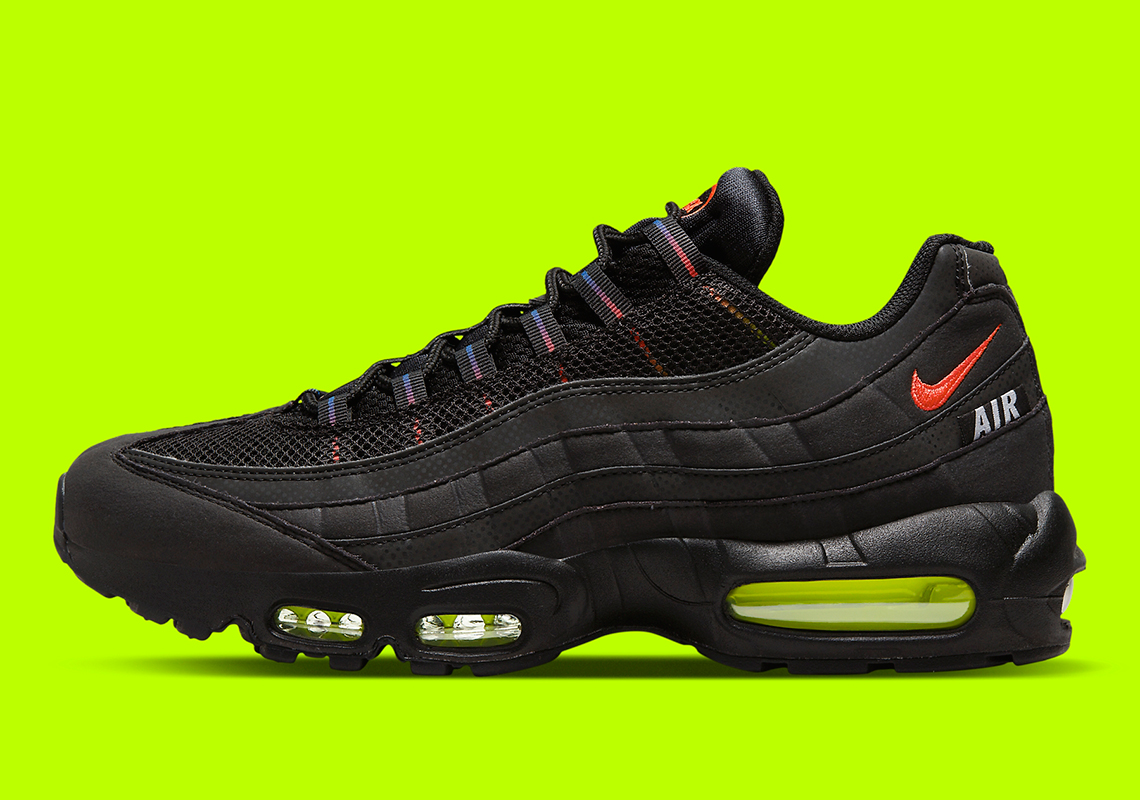 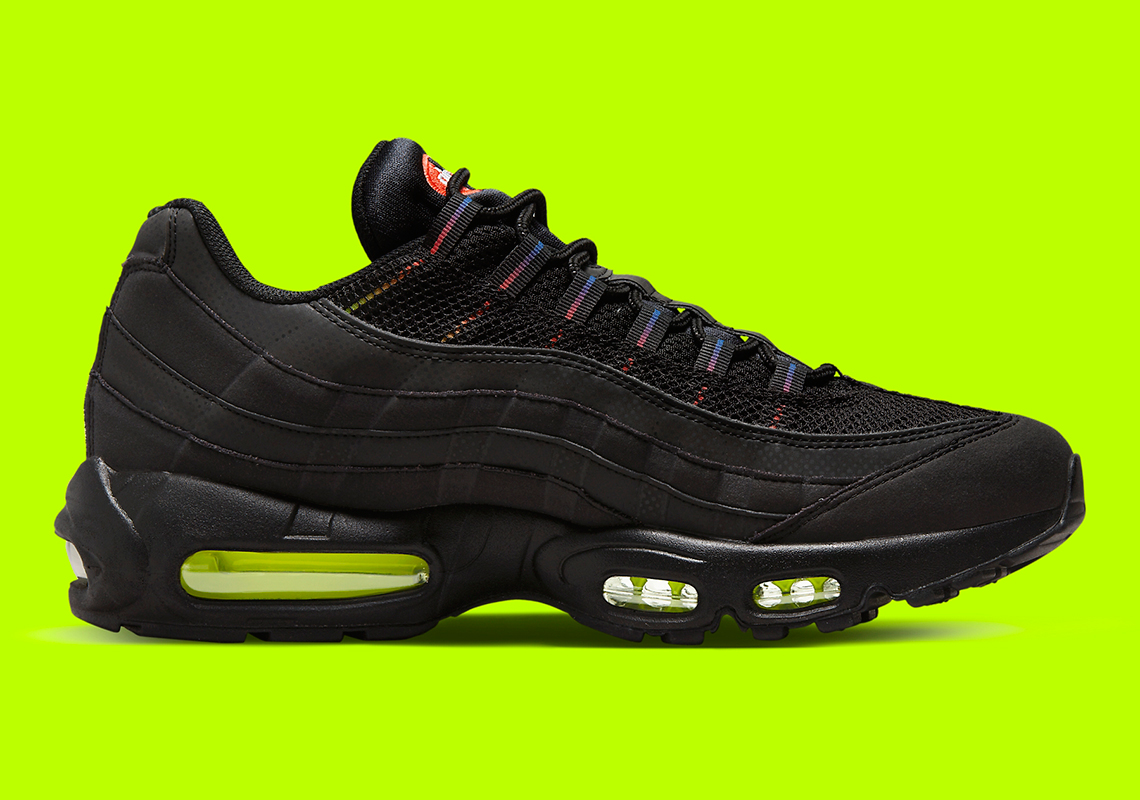 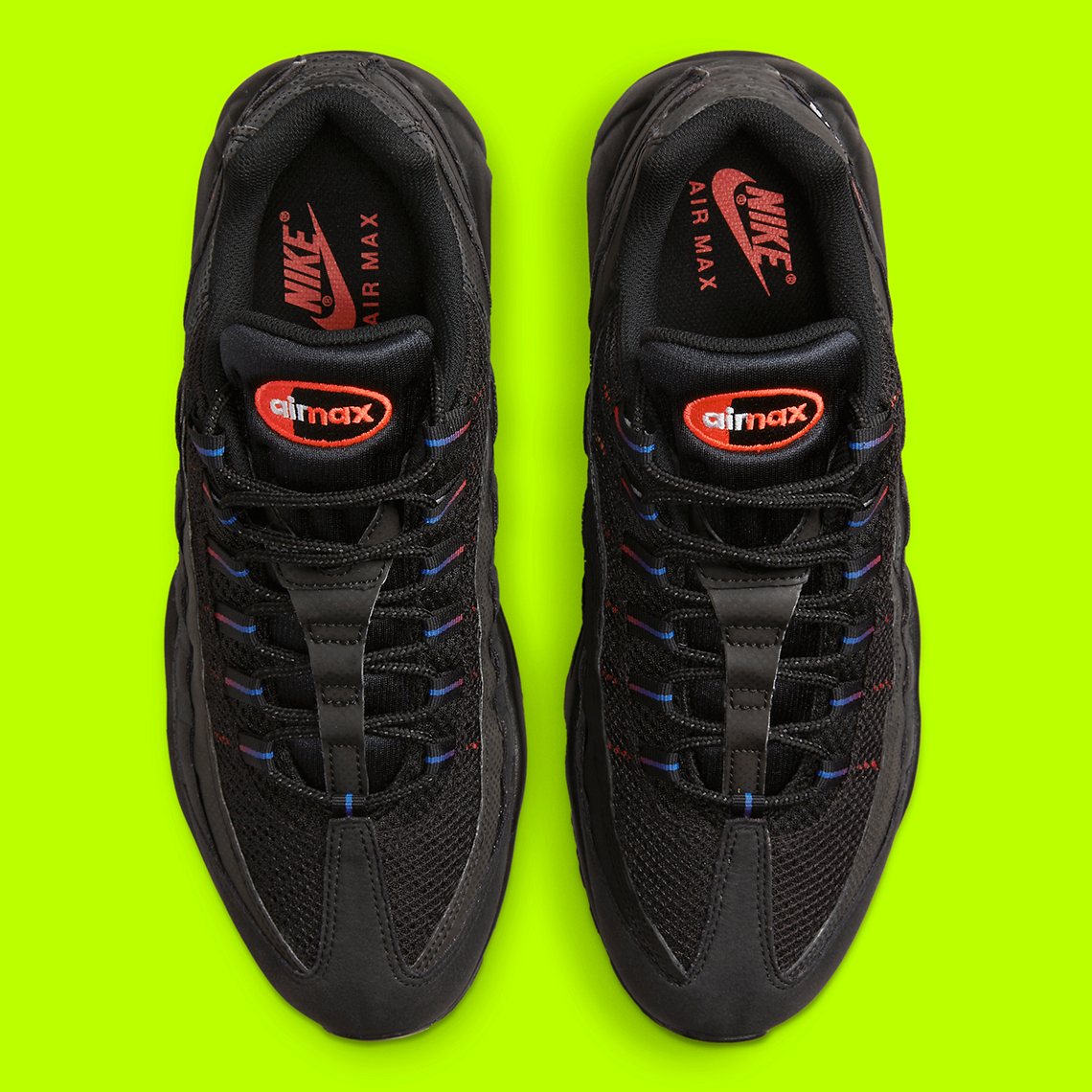 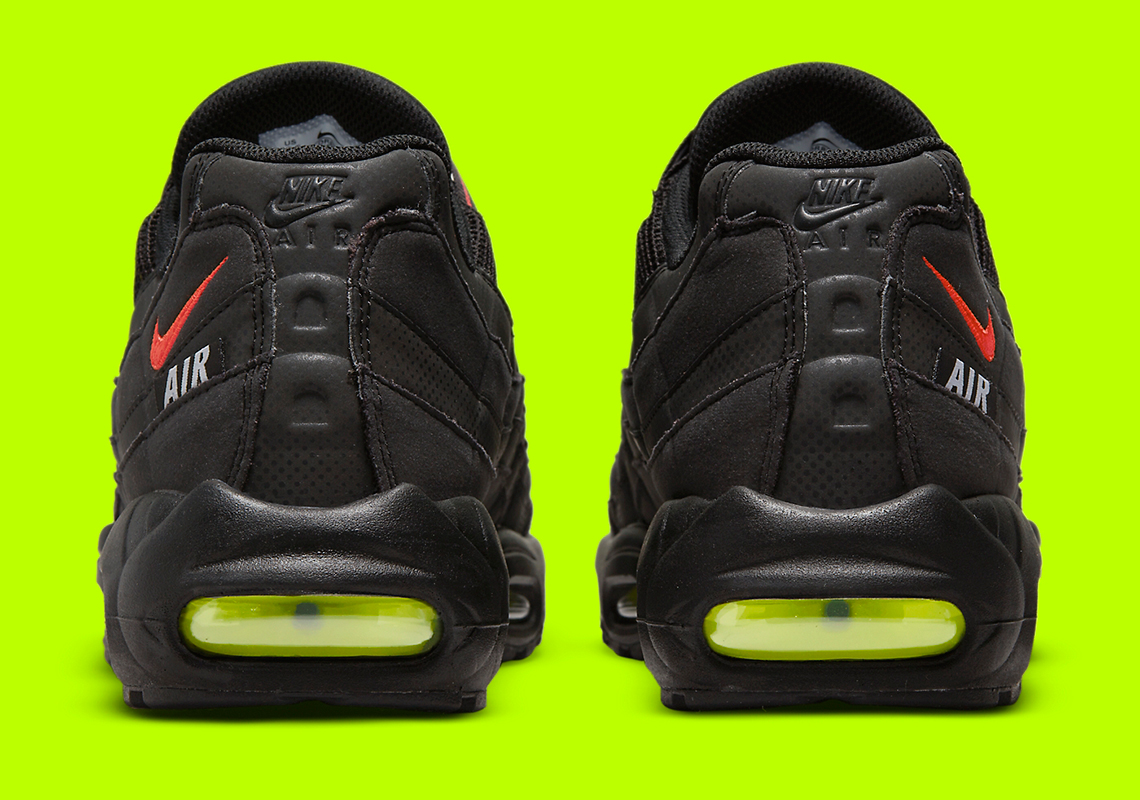 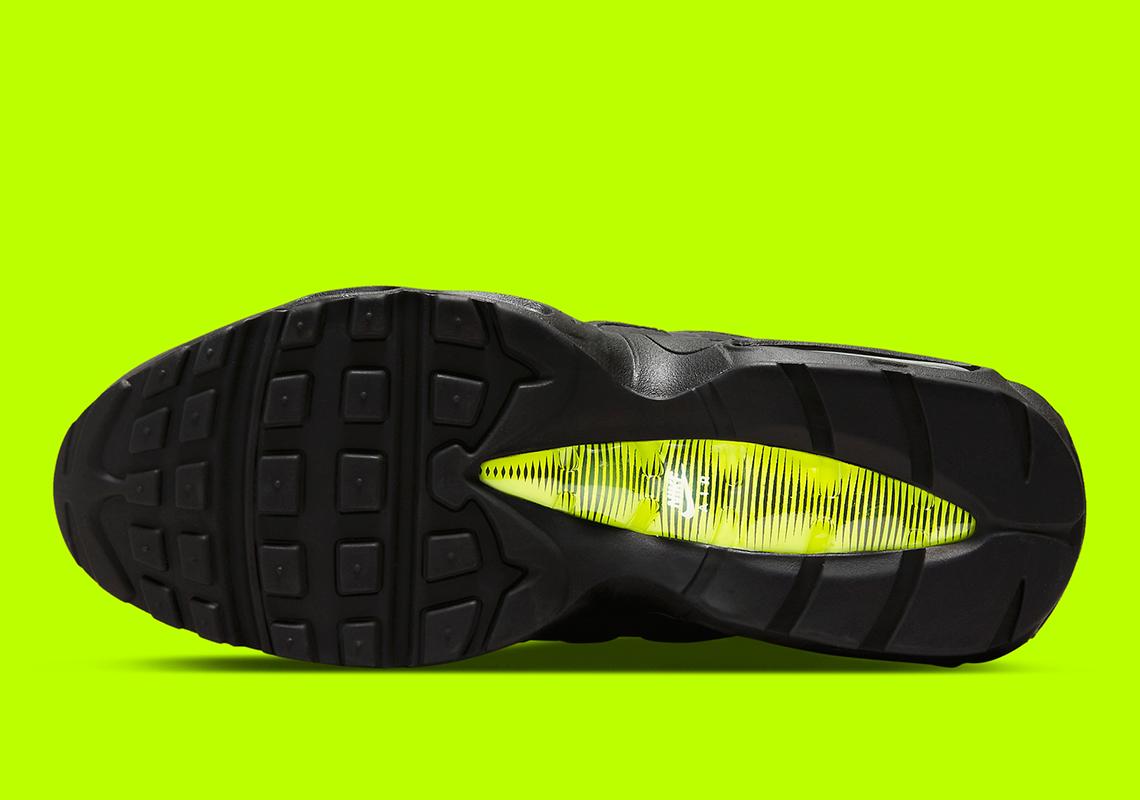 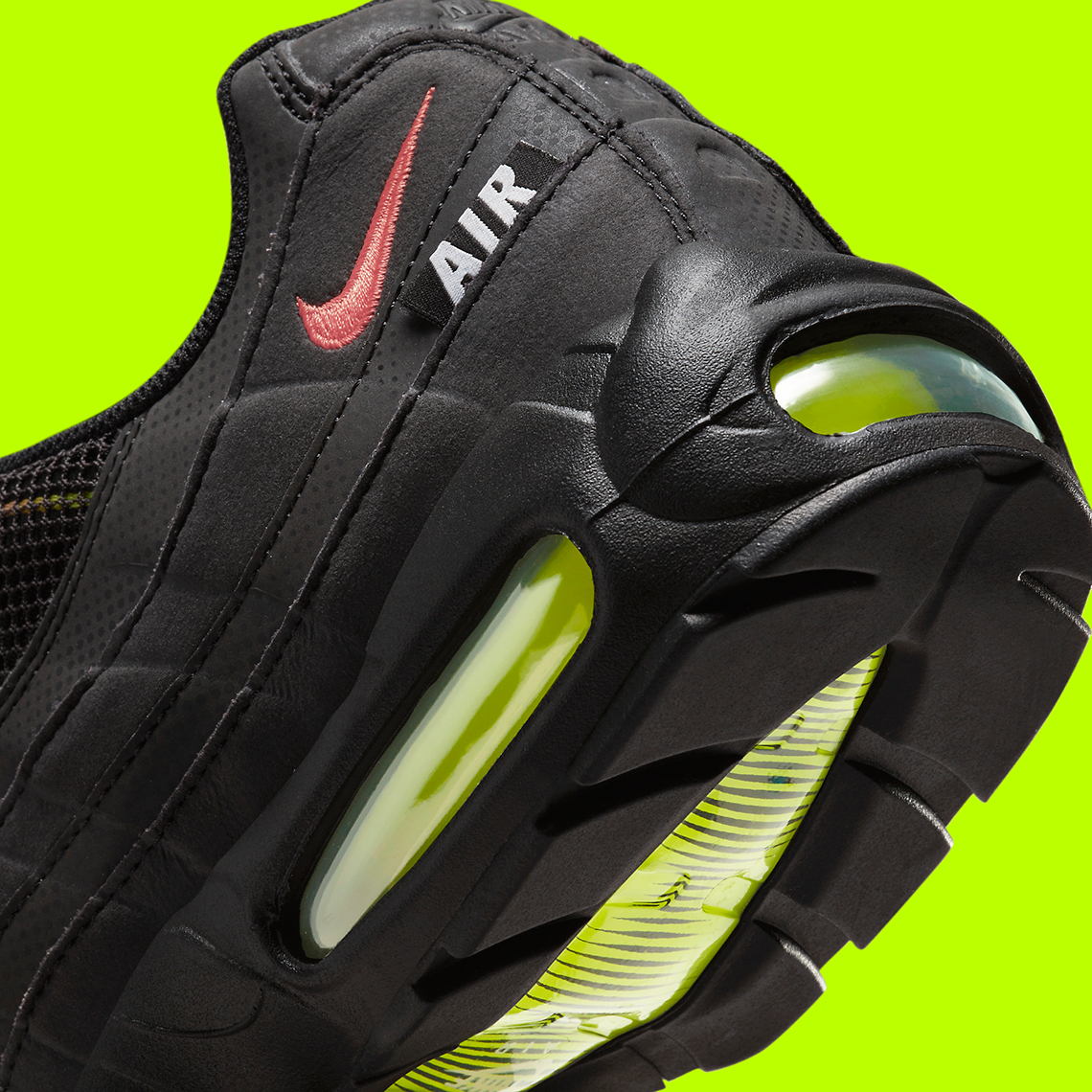 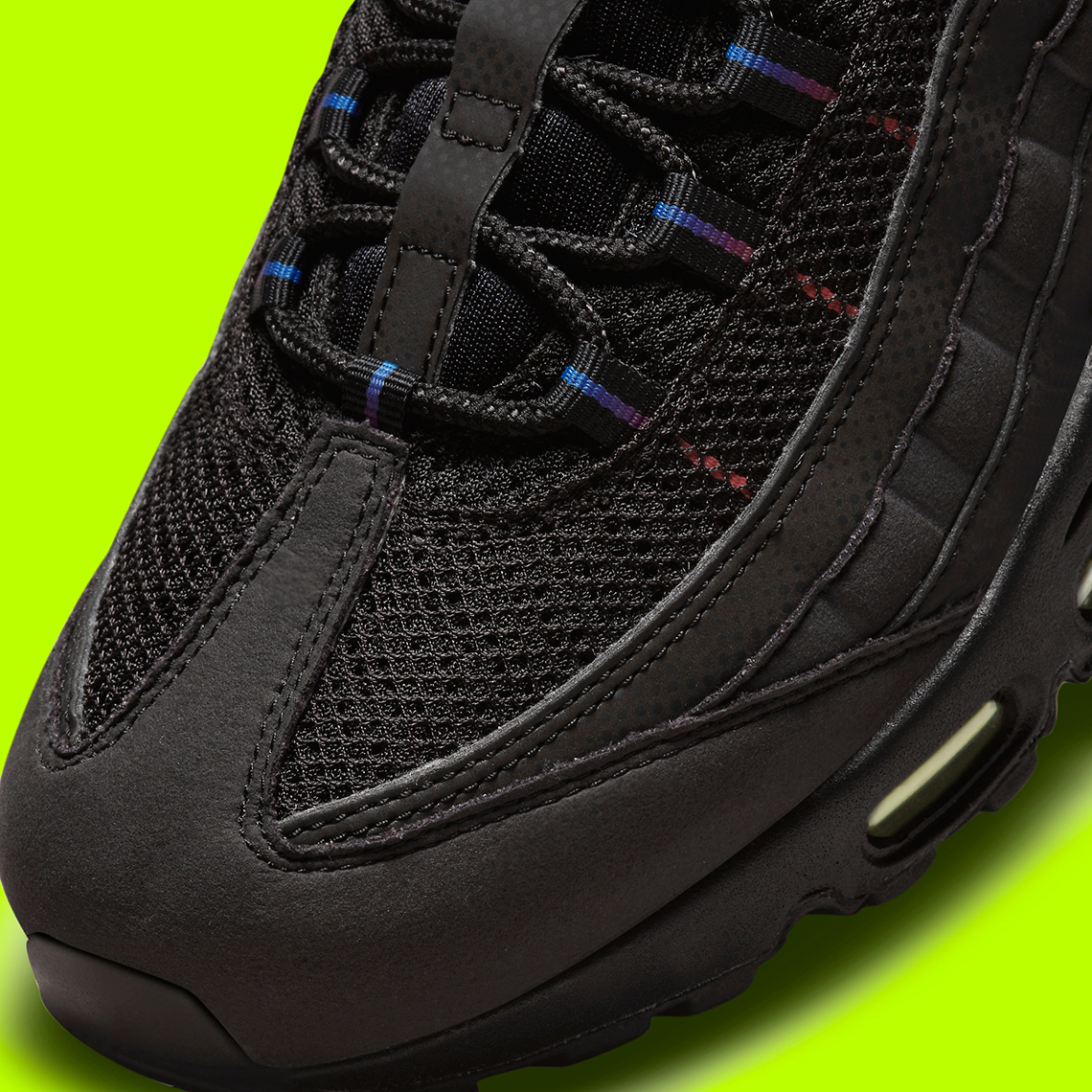 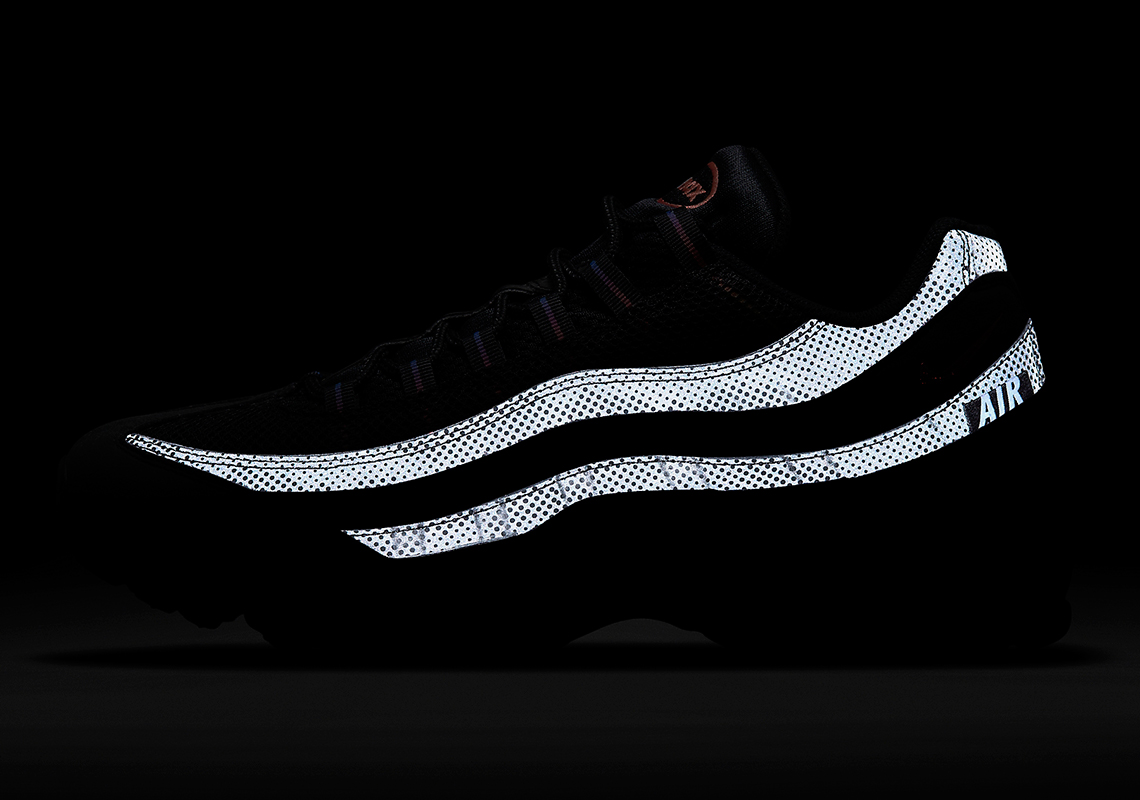 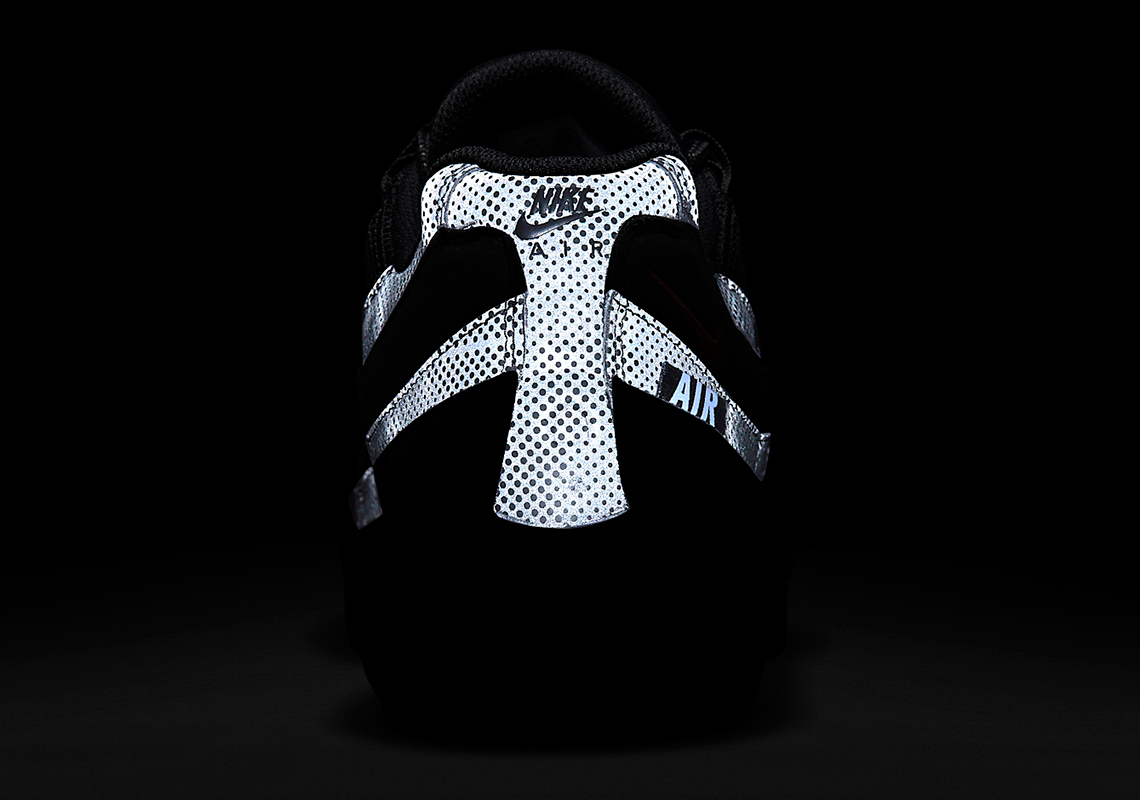 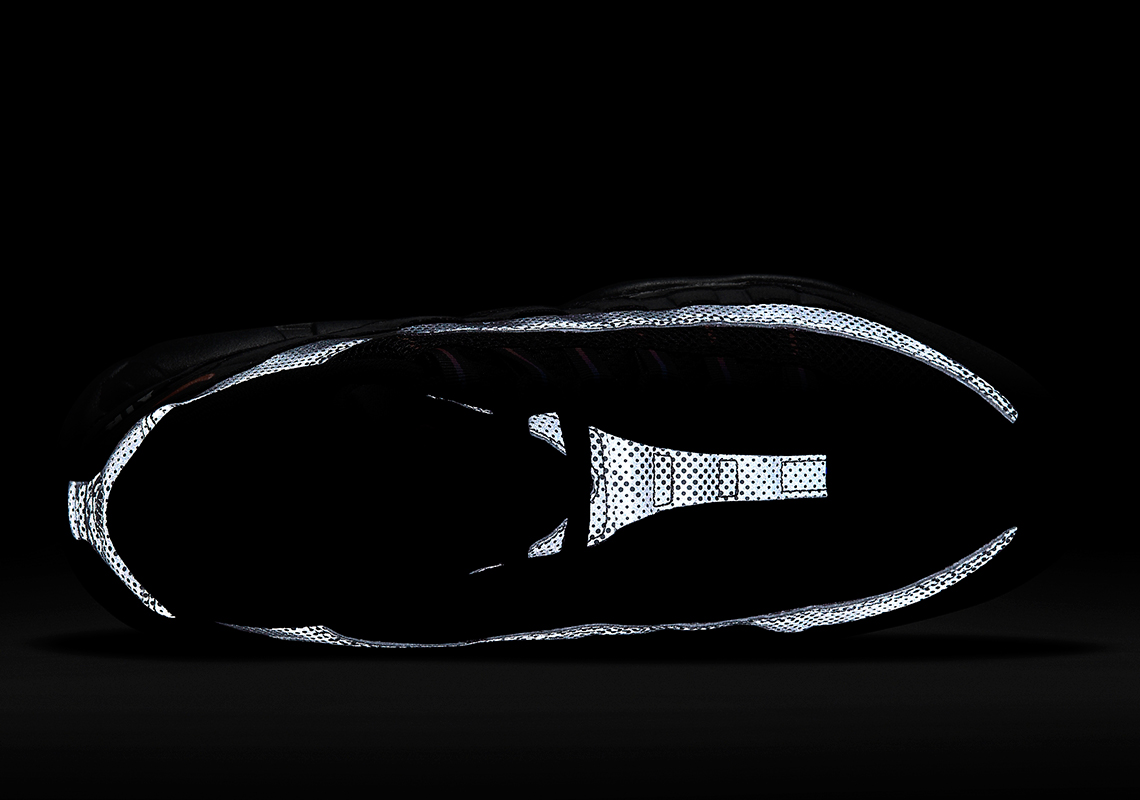