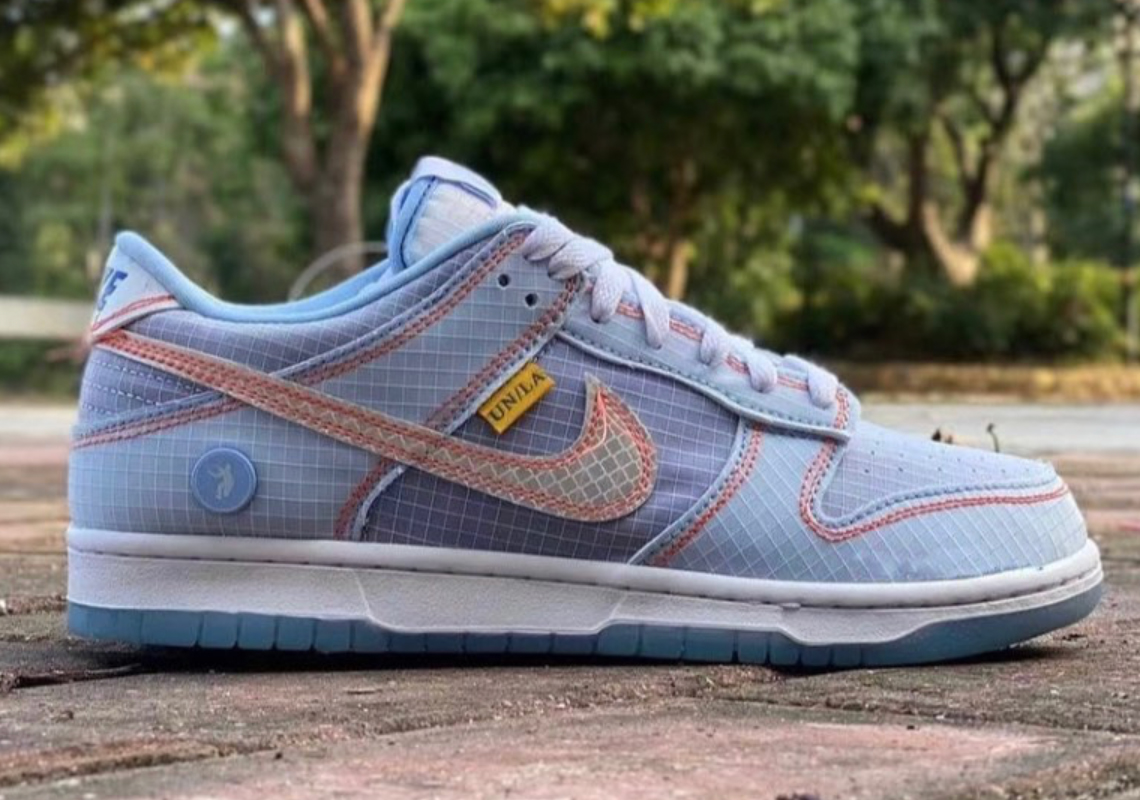 Union Los Angeles’ ever-expanding catalog of collaborations now ushers in the Nike Dunk Low, seen here for the first time on the interwebs. Their most recent works with Jordan Brand revealed a penchant for rediscovery as they’ve toyed around with the construction and structural elements, but this Dunk Low appears true to its original shape and only modified by its choice of material. A gridded nylon takes over the entirety of the upper in a blue shade, with the Swoosh featuring the pattern of a chain-link fence often seen in city playgrounds. Red contrast stitching is seen throughout, hinting at the work-in-progress aesthetic popularized by their Air Jordan 4 collaborations.

Union LA branding is evident on the buttoned rivet at the heel as well as the outsole as both feature the famed Frontman logo silhouette. The UN/LA tab appears right above the Swoosh on the mid-panel, while an attached hangtag reveals more details of this project in the manner of a shipping tag. There is likely more Union touches on tongue, heel, and medial, but those angles have yet to surface.

This Nike Dunk collaboration is likely headed for an early 2022 release, with the Union Jordan 2 releases likely preceding them in December 2021. Also releasing in December are the Cool Grey Jordan 11s, scheduled for 12/11. 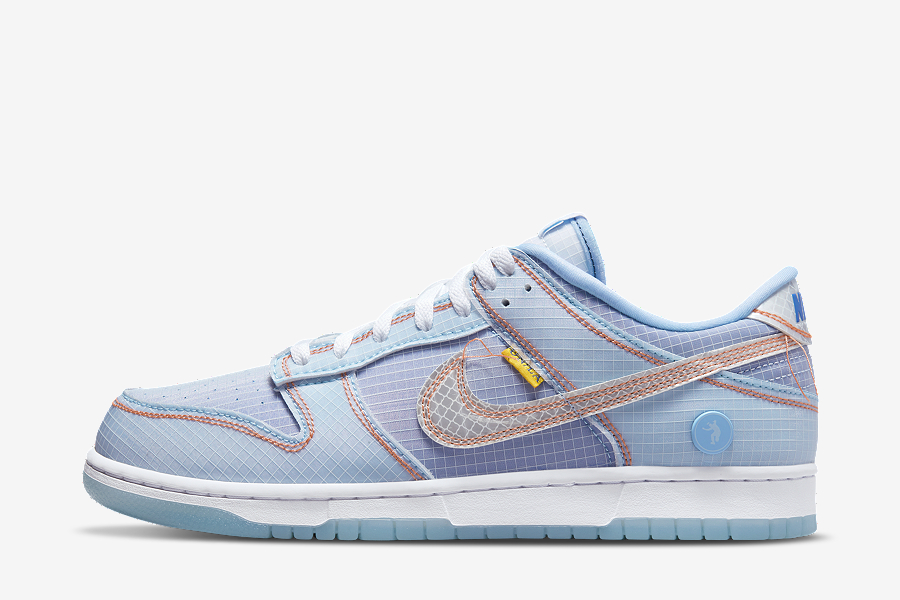 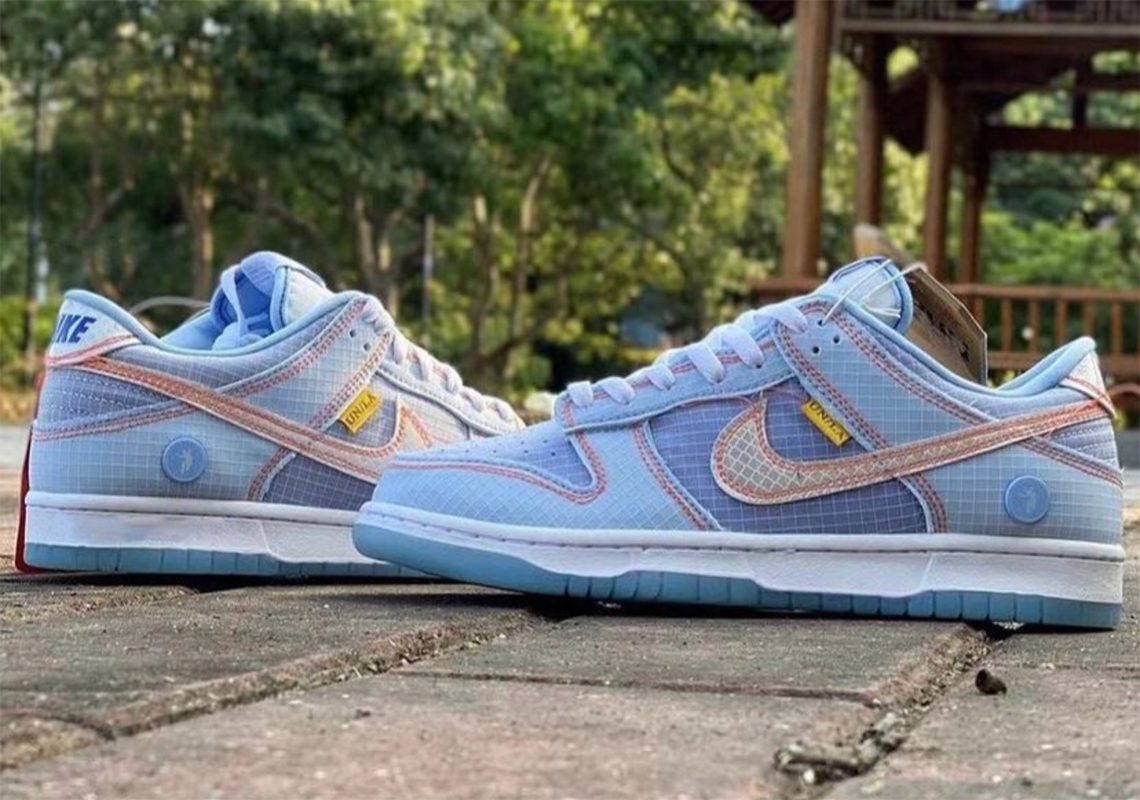 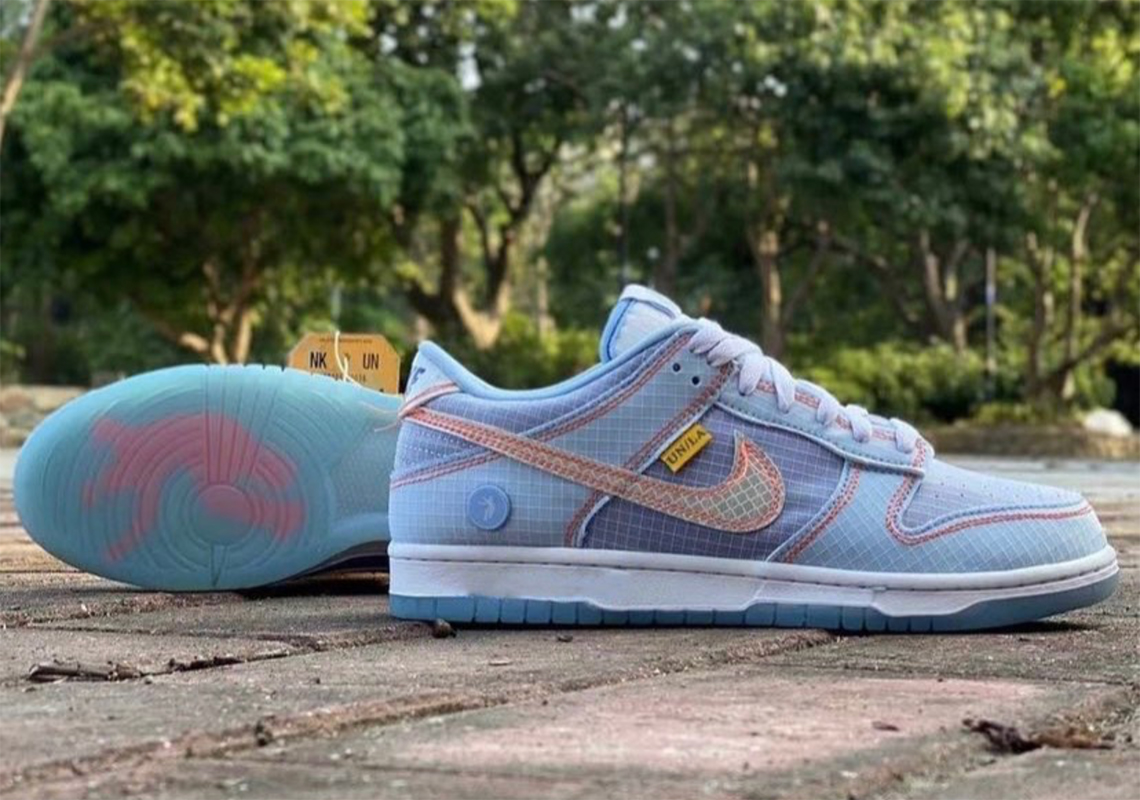