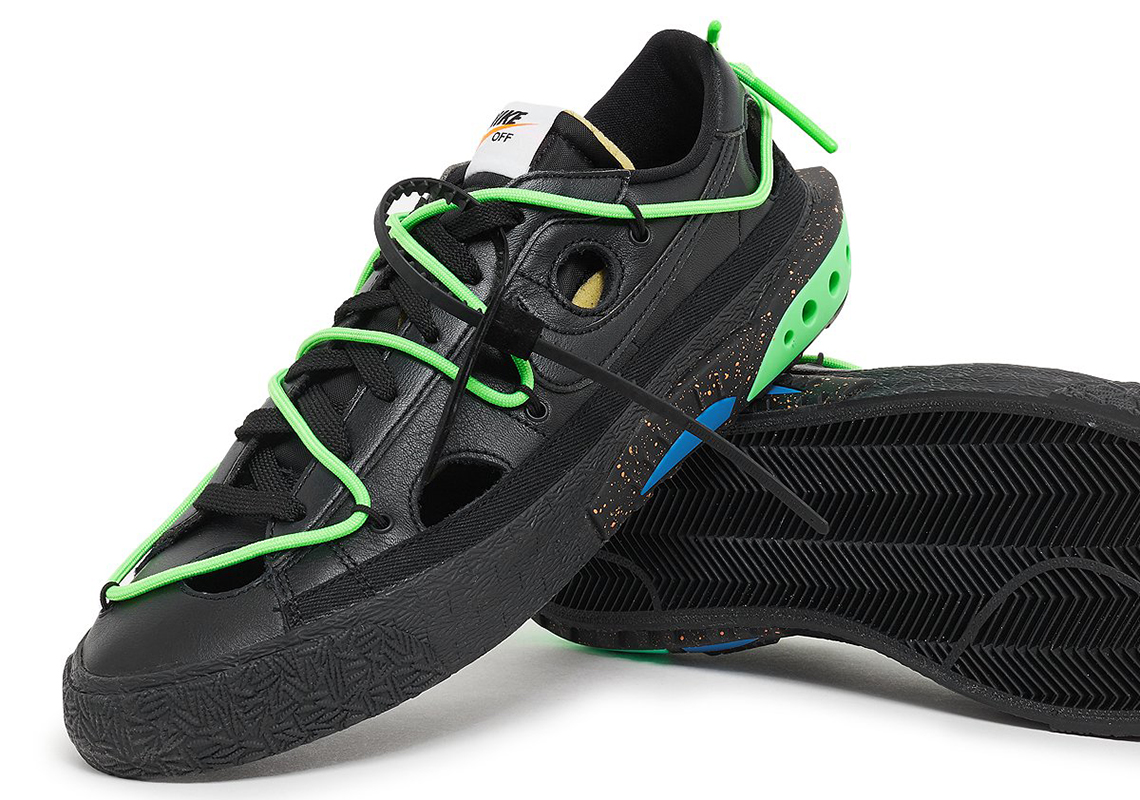 Virgil Abloh left an indelible impression on the world of sneakers and fashion as we know it. “Deconstruction” was barely an aesthetic before him, and now it stands as the foundation for many a recent collaborative effort. And though the late designer faced wide-sweeping criticisms for his “copying,” it was always like him to make use of references, be it well-known designers or personal favorites. Even the once-forthcoming Off-White x Nike Blazer Low exhibits this, its added parts very obviously inspired by the Terra Humara.

Unfortunately, what’s to come of Abloh’s unreleased works has yet to be announced, and an announcement isn’t expected anytime soon. The Blazer Low, specifically, was originally scheduled for a December 7th arrival according to our sources. These as well as the previously teased Air Force 1 have surely been pushed back deeper into 2022, awaiting Nike’s plans of how best to handle a posthumous release. If the brand opts for an approach similar to Kobe Bryant’s signatures, we may see both release as part of a commemorative event, with proceeds to go directly to charities that Virgil himself founded and/or supported.

In terms of its design, this Off-White x Blazer Low is a mash-up of previously implemented motifs. Holes are cut into the upper at random spots, decorating the thick black leathers all throughout. The tongue, which is colored in black like the elements adjacent, proffers a white label featuring simple “Nike OFF” branding. A secondary lace passes by in neon green, matching that of the part-speckled sole’s Humara-reminiscent heel piece.

For a closer look at the upcoming collaboration, see the images below. As for a release date, you’ll have to sit tight as we await official word from Nike. 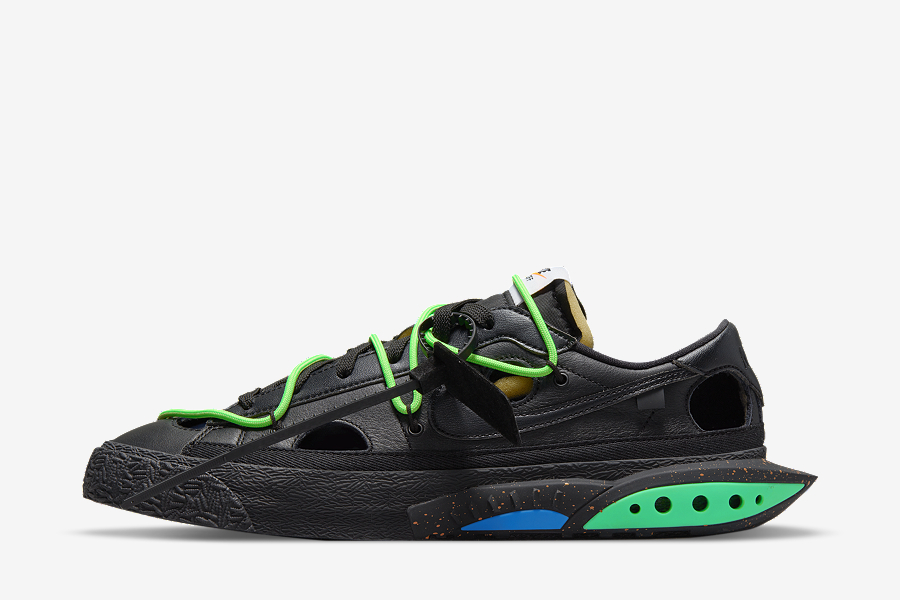 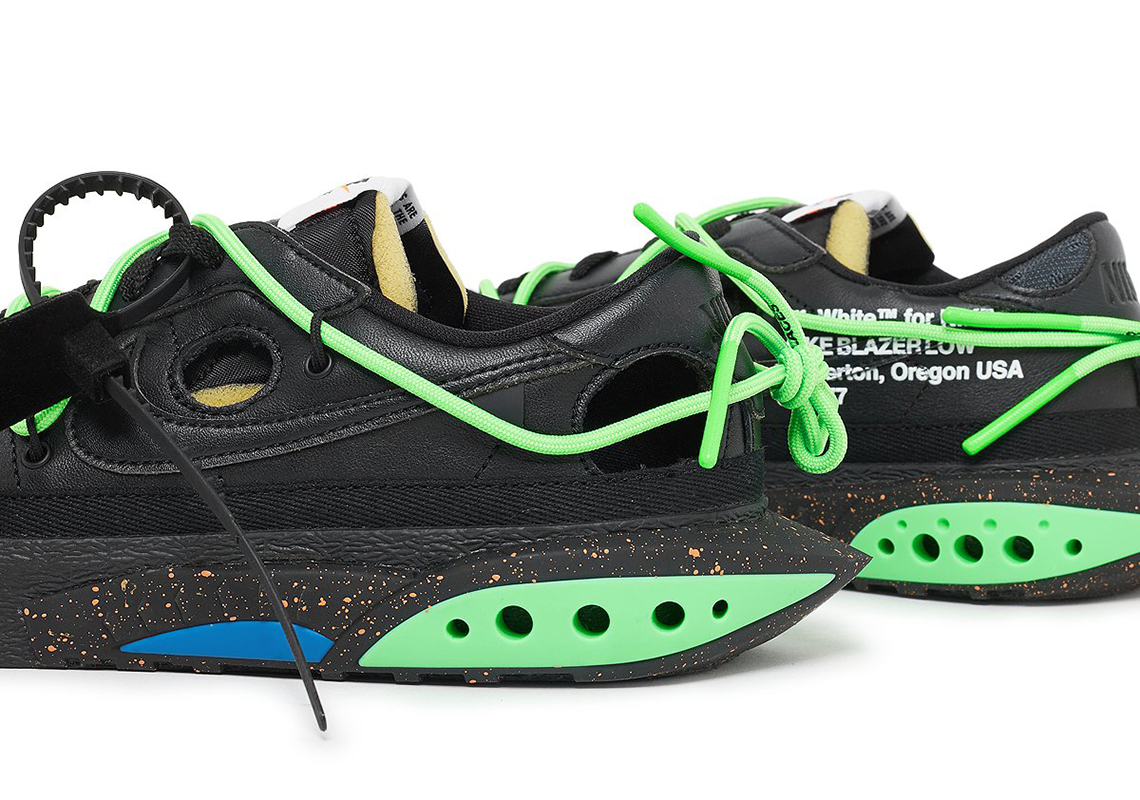 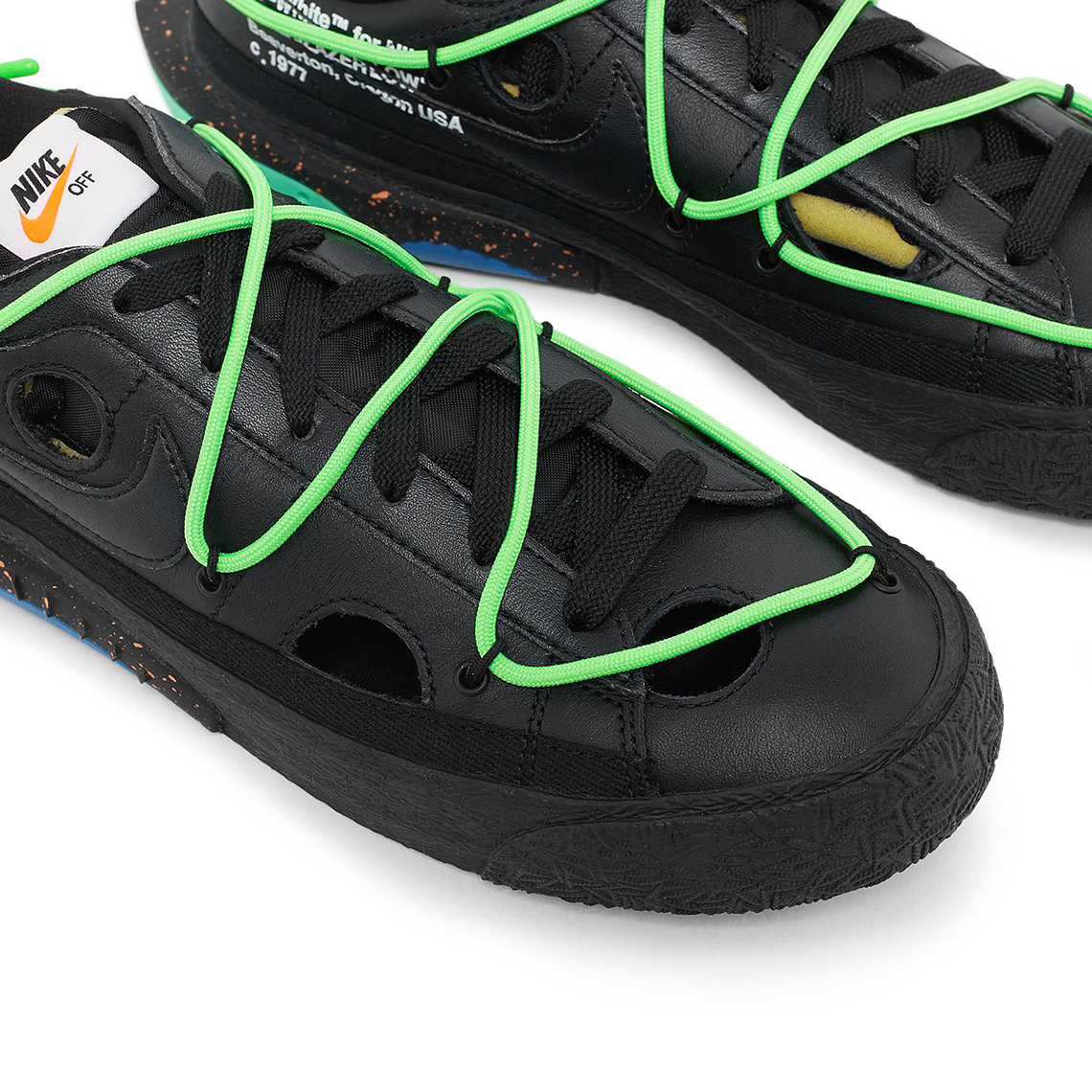 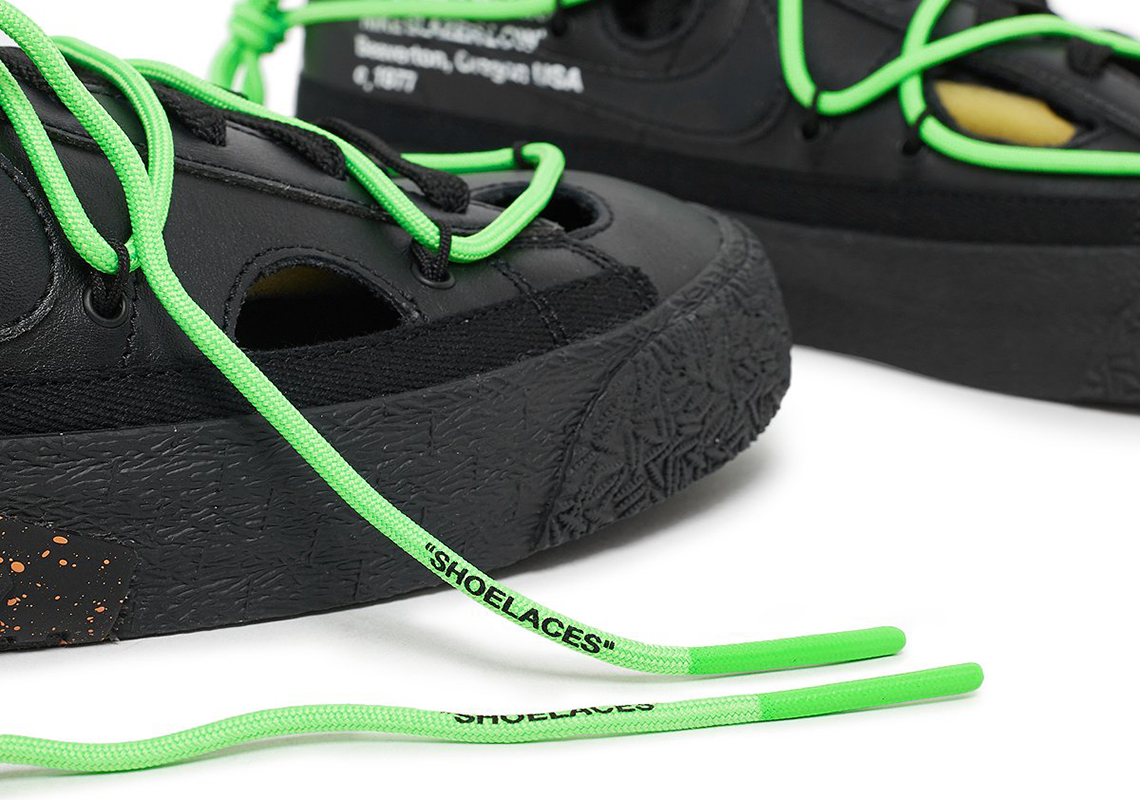