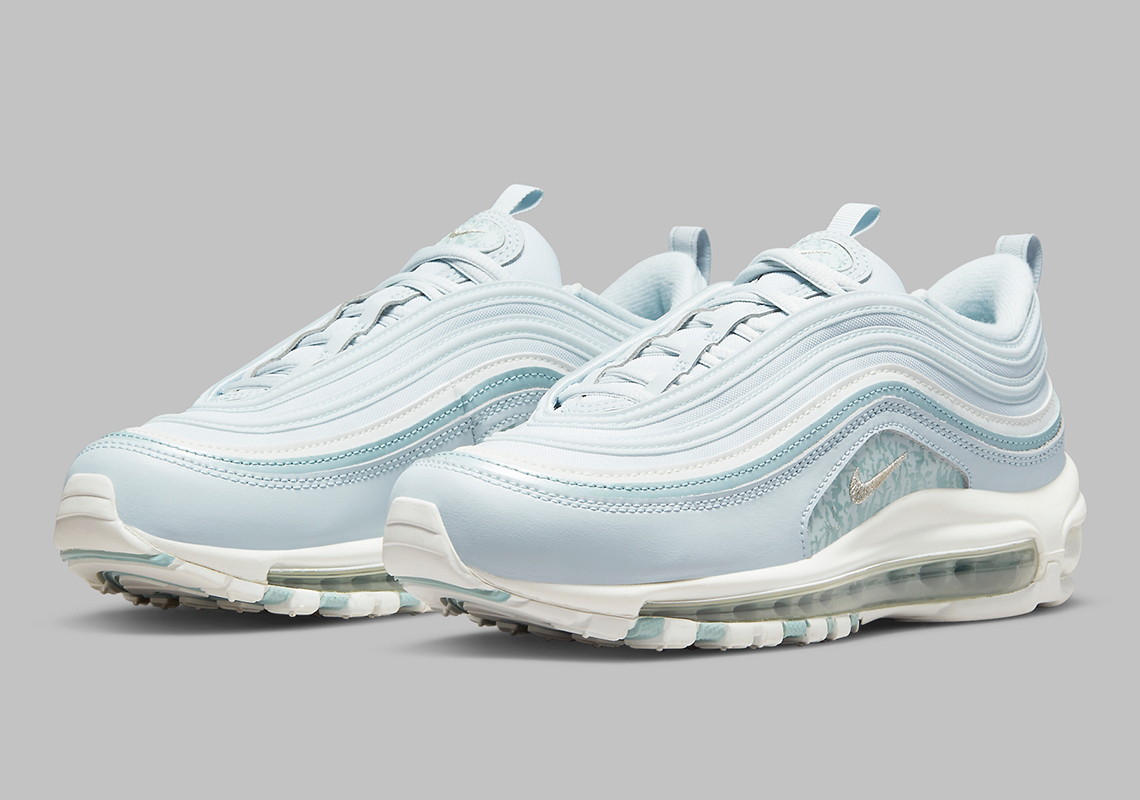 It’s been described as a modified form of army camouflage prints. It’s been compared to the weird patterns found on the exterior of children’s composition notebooks. Whatever it actually may be, it returns once again on the sneaker that introduced it to us – the Air Max 97. First appearing in a sharp black and fitting olive version, this Air Max 97 now appears in a chilly blizzard of blue hues befitting the cold months of the winter. That aforementioned pattern makes itself known on the mid-foot window with the silver embroidered Swoosh as well as the tongue, while hits of white are seen on the midsole and the upper.

The outsole also makes use of a rarely-seen high-contrast color-blocking with a white rubber outsole and a a slightly darker blue shade in the embedded grooves of the outsole. This blue shade matches that of the pattern, tying together a solid color-blocking scheme that should have 97 fans running.

This women’s release is coming soon to Nike.com for $170; see the official photos ahead. 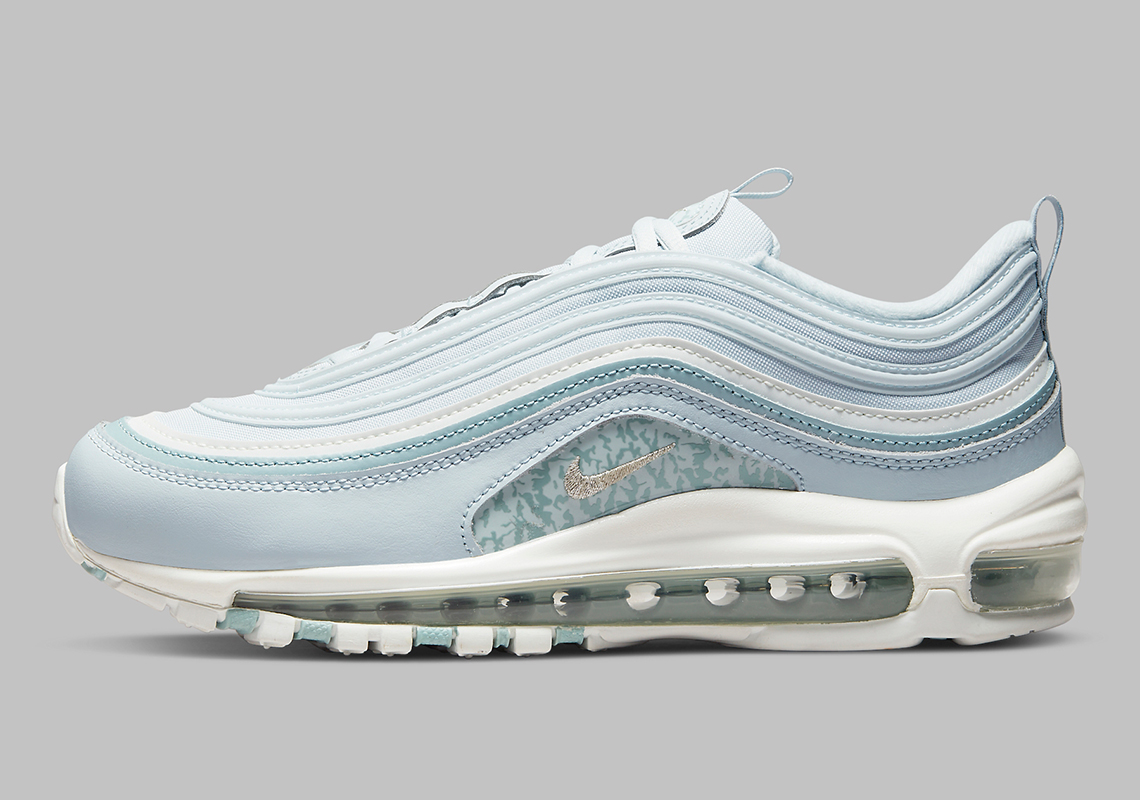 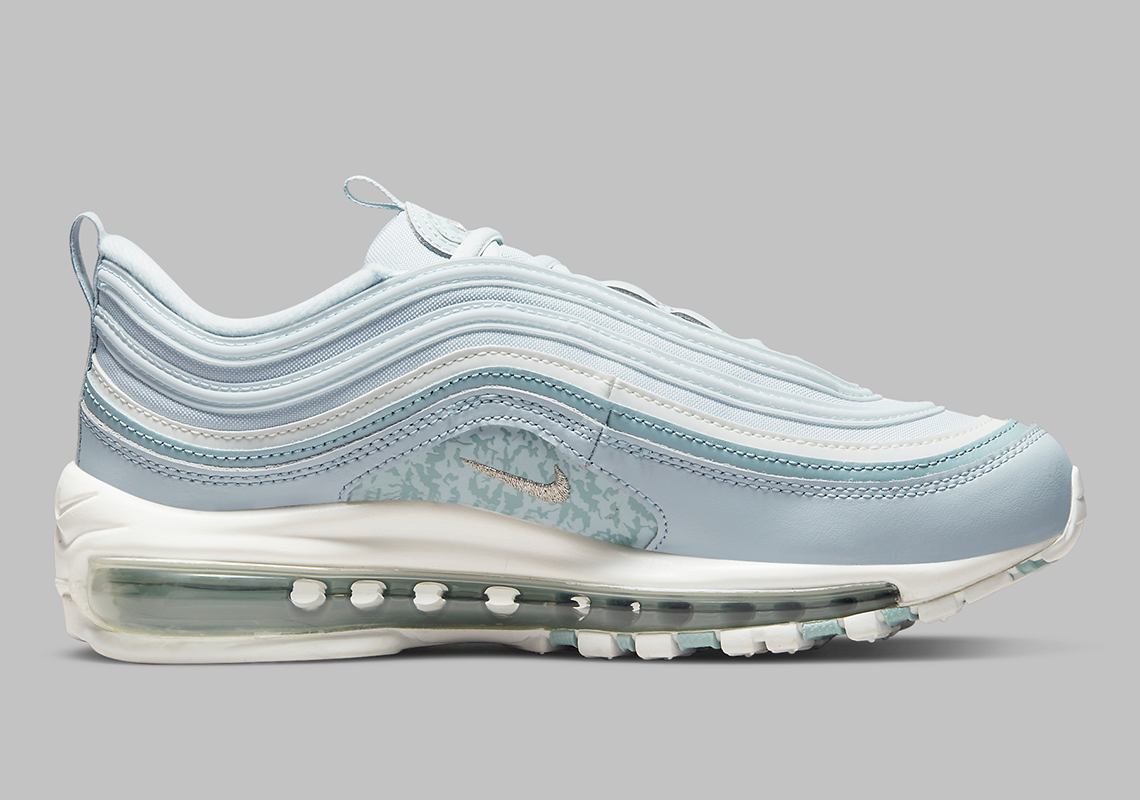 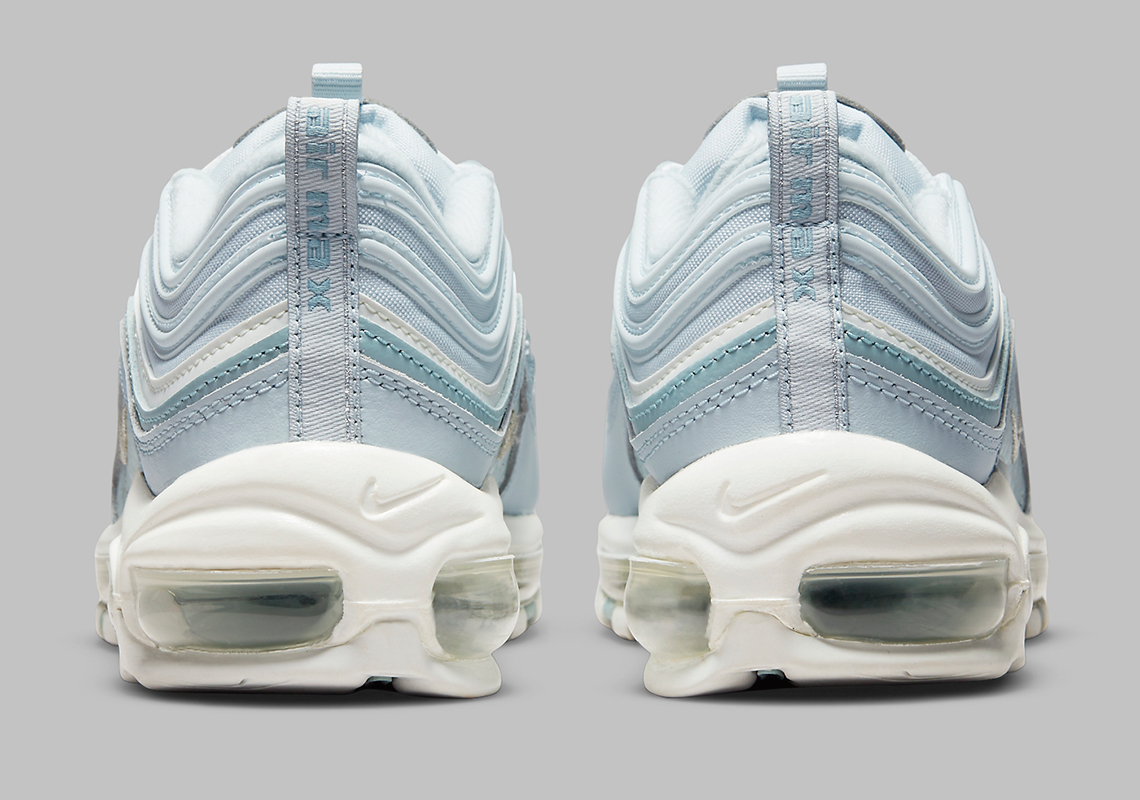 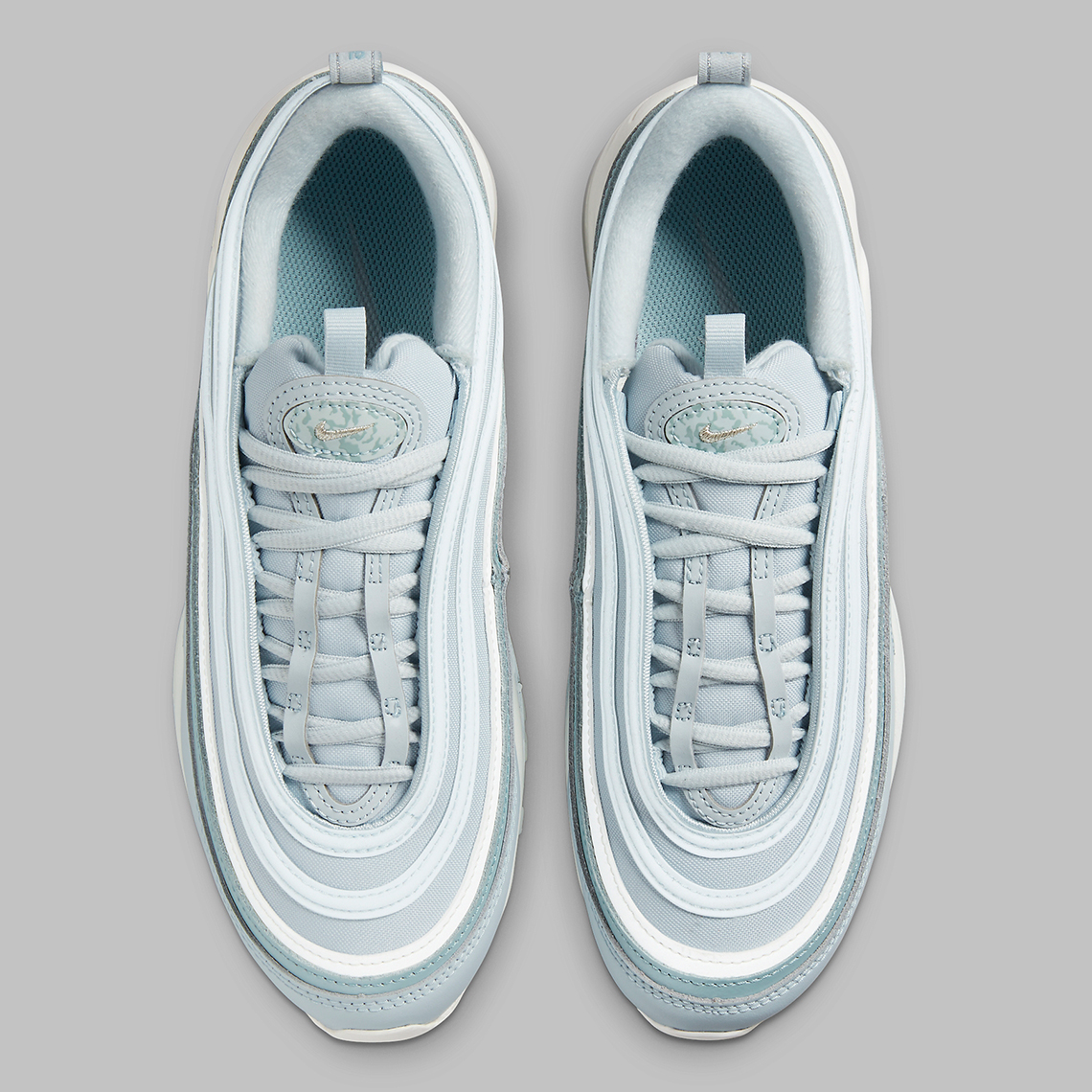 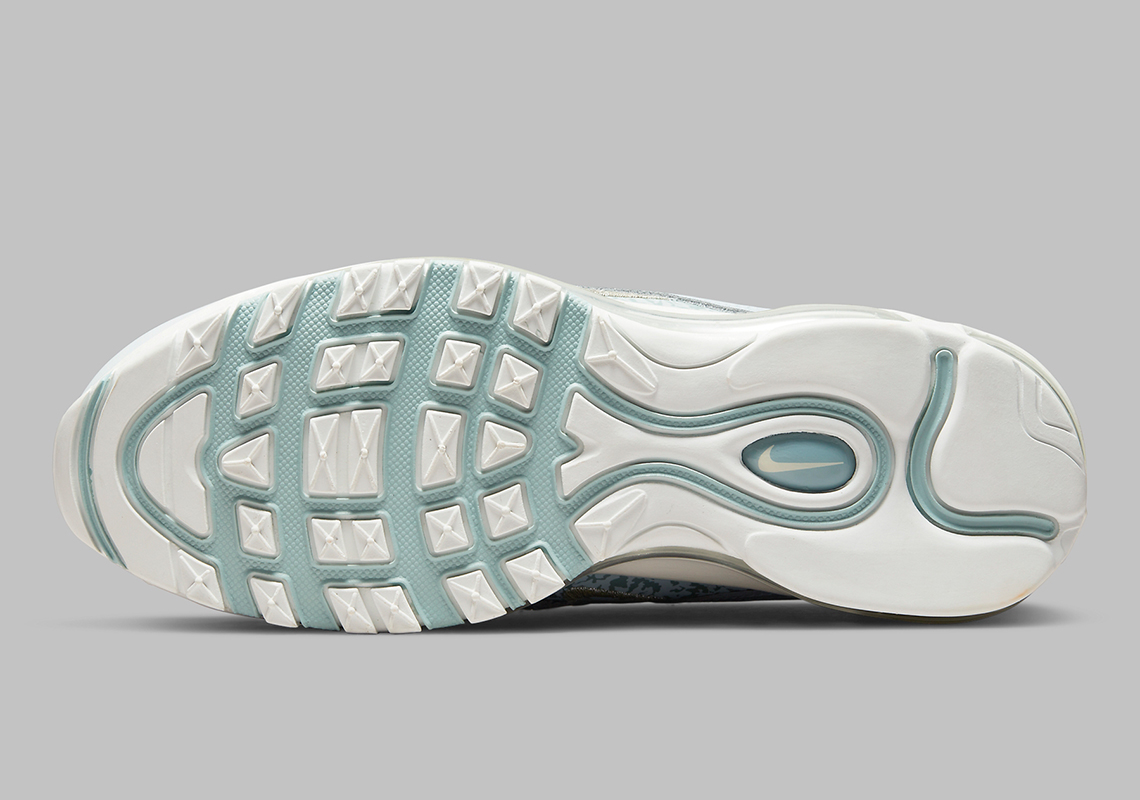 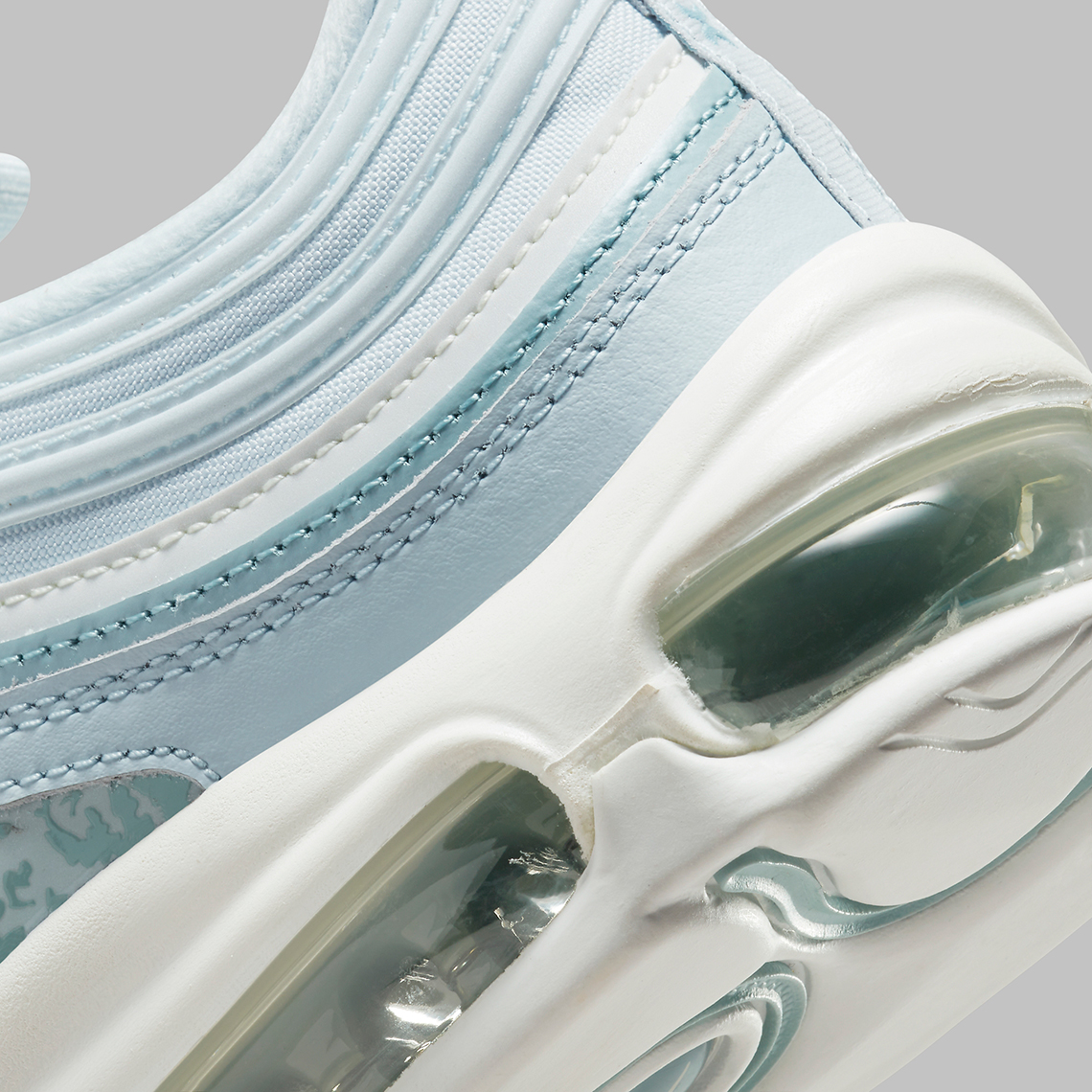 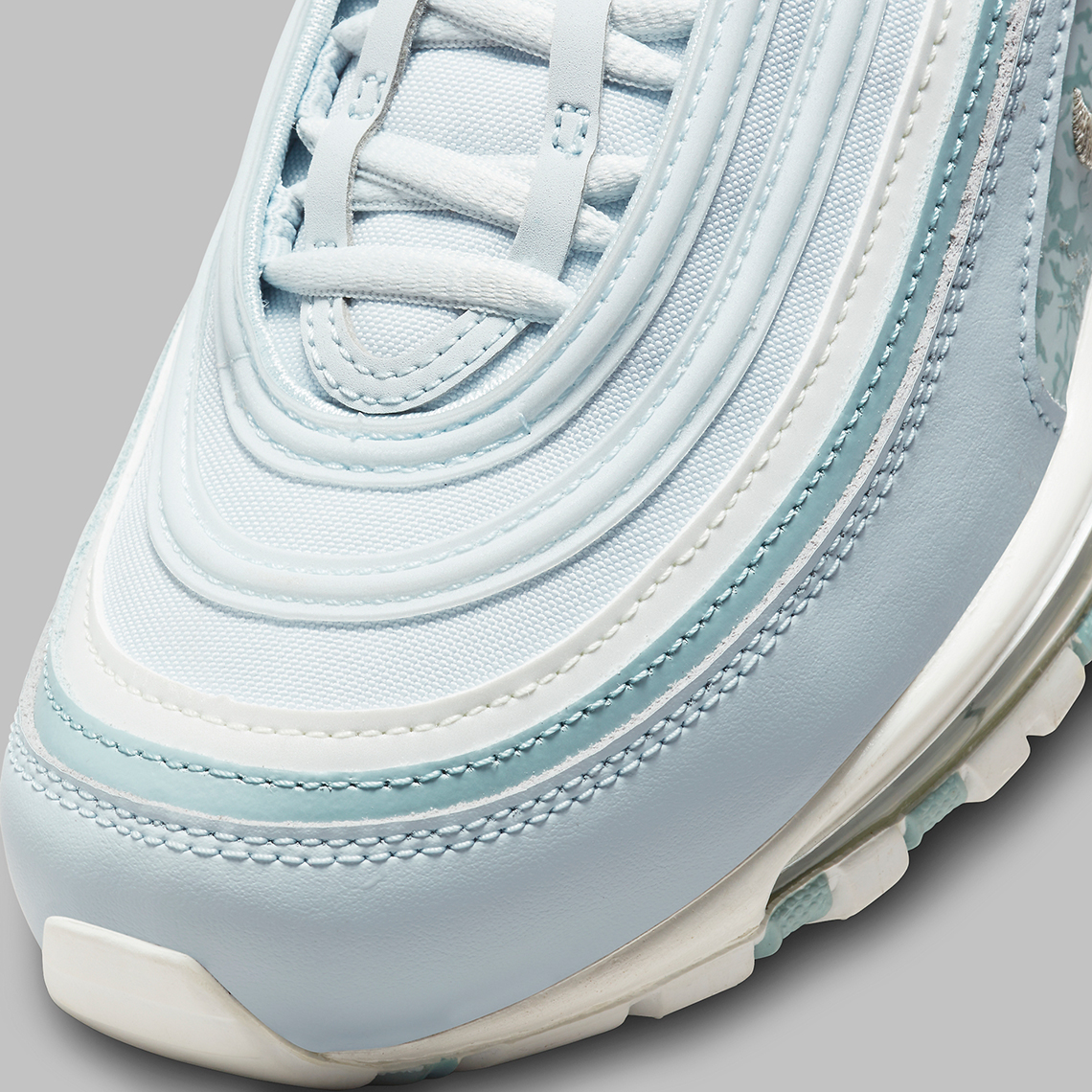