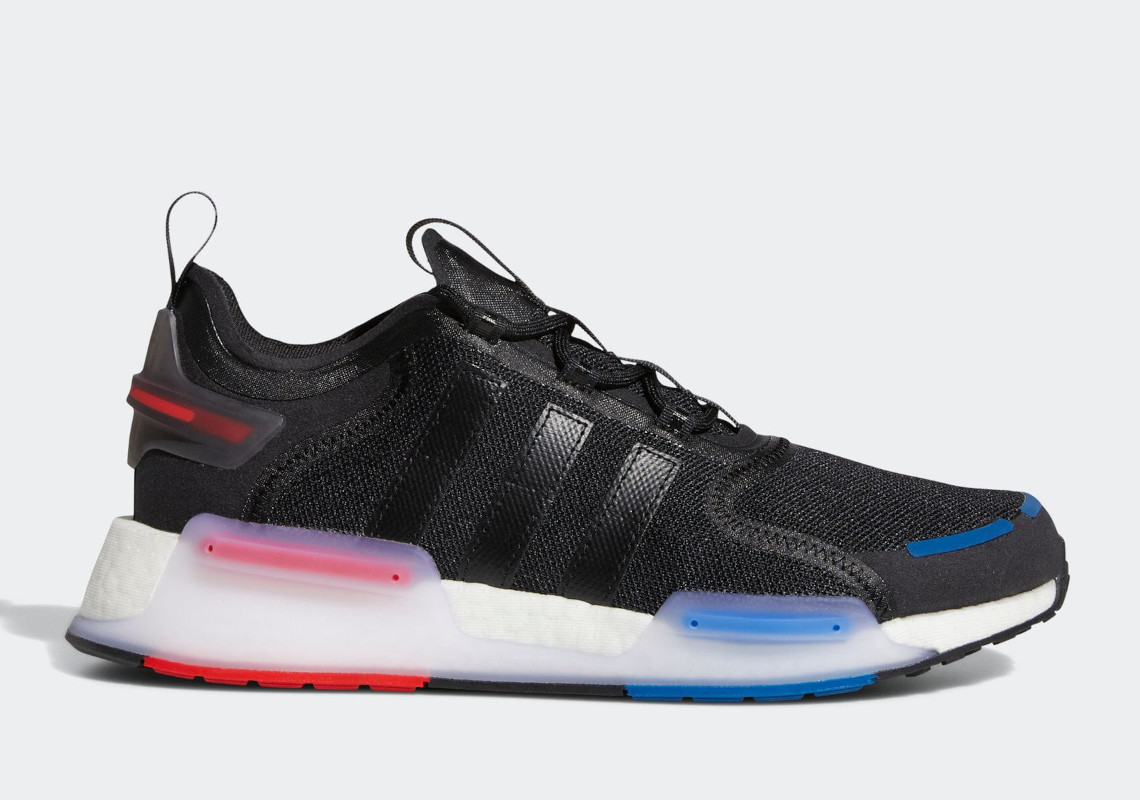 The adidas NMD line may no longer boast the widespread “sneakerhead” attention that it did in the mid-2010s, but it continues to deliver compelling options to those who have fallen in love with a futuristic, Boost-equipped aesthetic. For the model’s latest V3-iteration, the German sportswear giant has revisited the original NMD’s black, red and blue colorway.

Primeknit construction throughout the upper maintains a pitch-dark aesthetic, and is reinforced at the seams and forefoot. Unlike its predecessor, colored strips appeared at the tip of the toe and spine, with the latter area boasting an all-new semi-translucent structure. Traditional EVA foam plugs at the midsole are replaced with outsole components that extend up to the upper. The same blue and red detailing, however, animates the all-white Boost-cushioning that makes up the midsole, while also appearing on the outsole underfoot.

Enjoy official images of the pair here below, and anticipate an adidas.com launch come Spring 2022.

For more from under the Three Stripes umbrella, check out all 2022 Yeezy release dates. 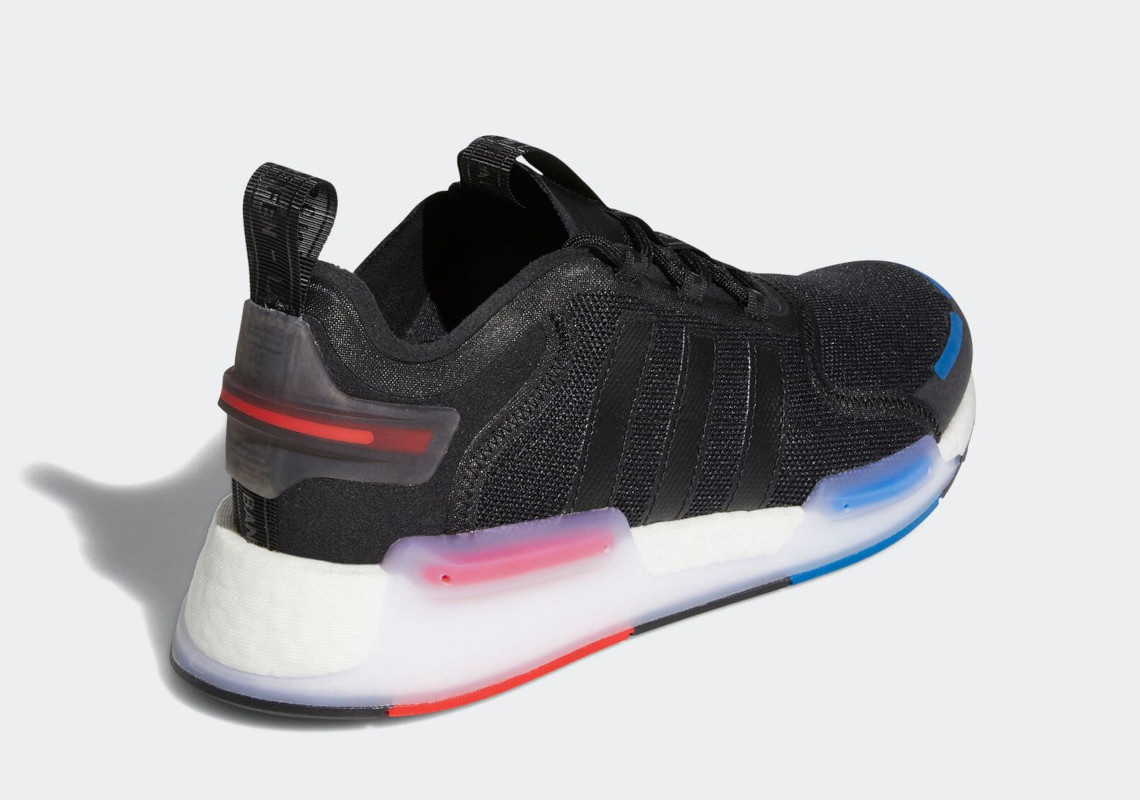