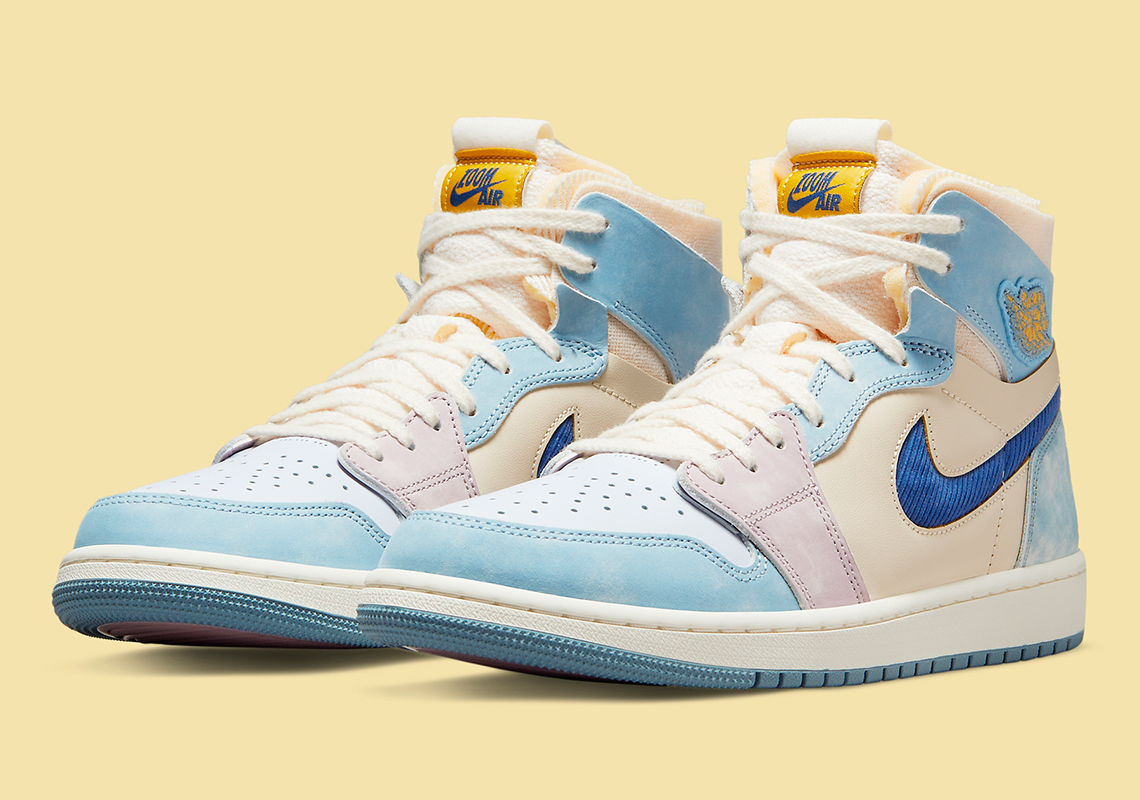 The Air Jordan 1 Zoom CMFT has won countless consumers over for its updated cushioning and “bare bones” construction since joining Michael Jordan’s storied signature sneaker lineup. And while naysayers continue to bash to silhouette for not following the exact blueprint originally conjured up by Peter Moore in 1985, some former-skeptics have come around to the model thanks to colorways like the newly-surfaced “Celestine Blue” one.

Previously dubbed the “Washed Blue” take, the upcoming Air Jordan retro indulges in a partly-faded light blue suede material around the forefoot, along the tongue and around the heel area. Unsurprisingly, the design cue has quickly garnered a lot of support for its similarity to some of 2021’s “University Blue”-colored pairs. Faint purple, rich yellow and other springtime-ready hues help create a unique ensemble, working in-tandem with the chenille-“Wings” logo on the lateral ankle flap. Underfoot, the Nike Dunk-like sole unit keeps things simple at a glance, but closer inspection reveals pink tread that further contributes the the Zoom CMFT’s appeal.

No firm Nike SNKRS launch date has been disclosed by the brand, but that’s likely to change in the coming weeks. In any case, enjoy official images of the pair here below.

For more from the NIKE, Inc. family, check out the Nike Air Force 1‘s upcoming releases, which include special pairs prepped for its 40th anniversary. 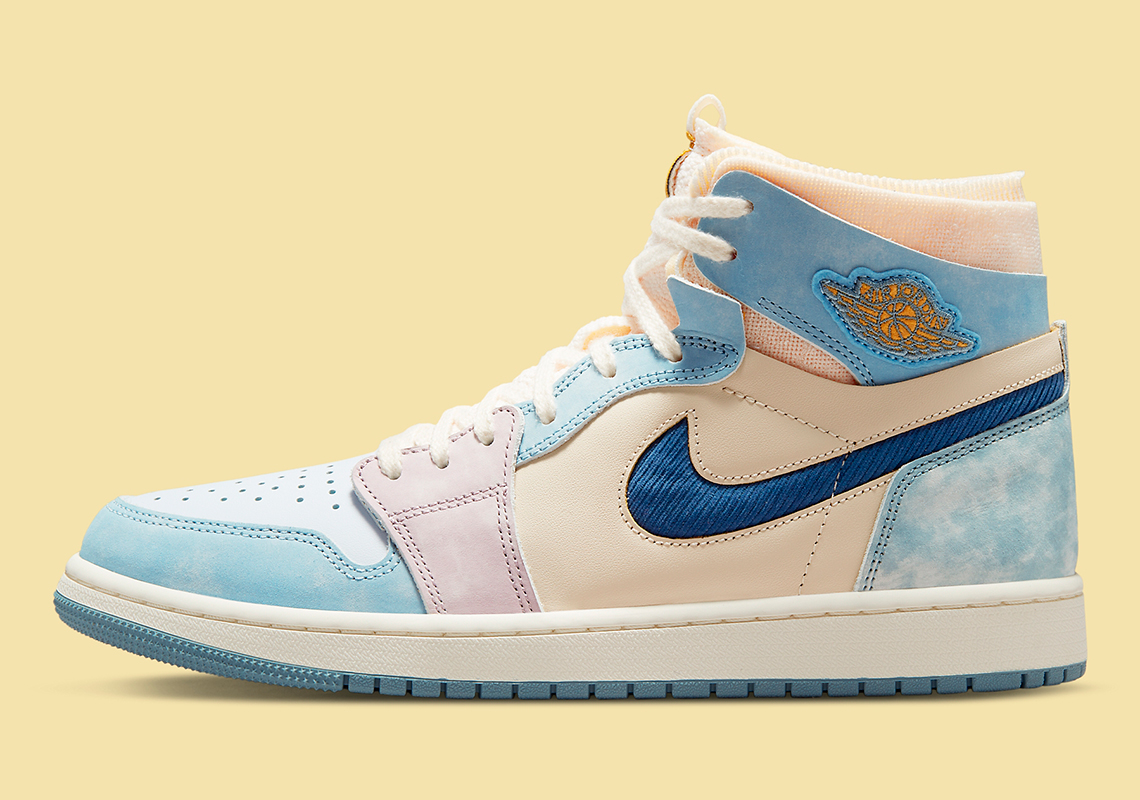 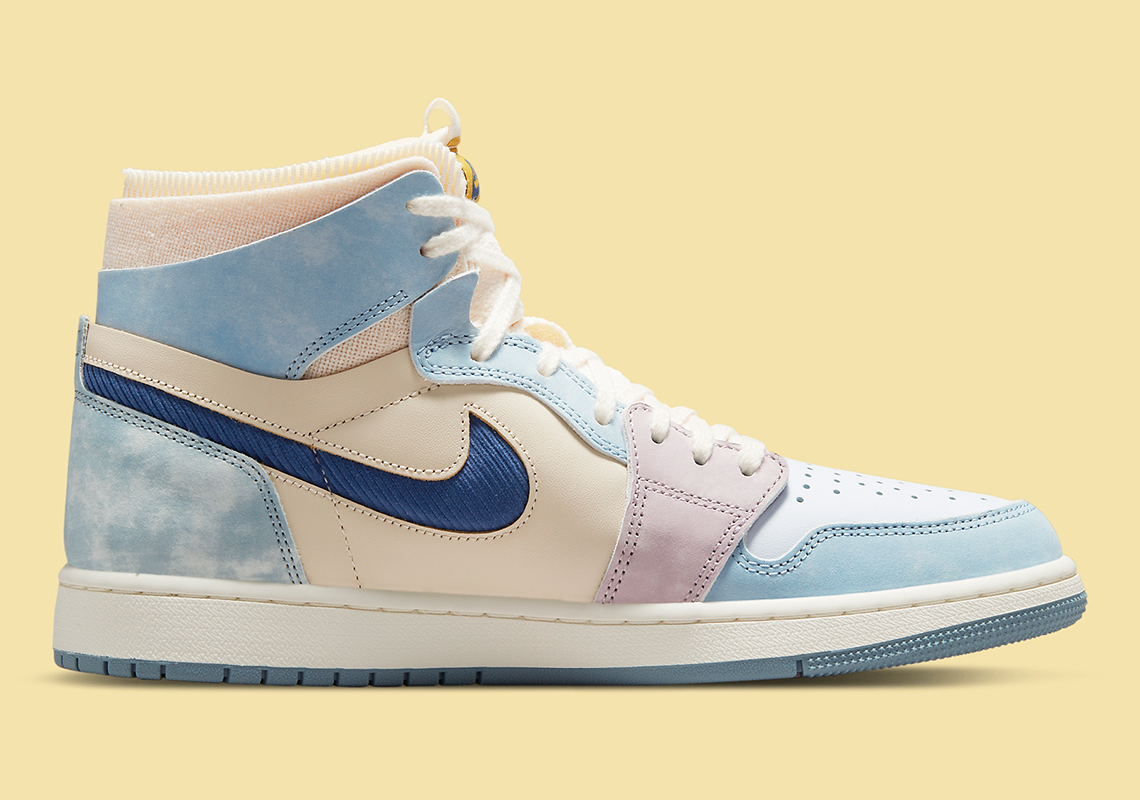 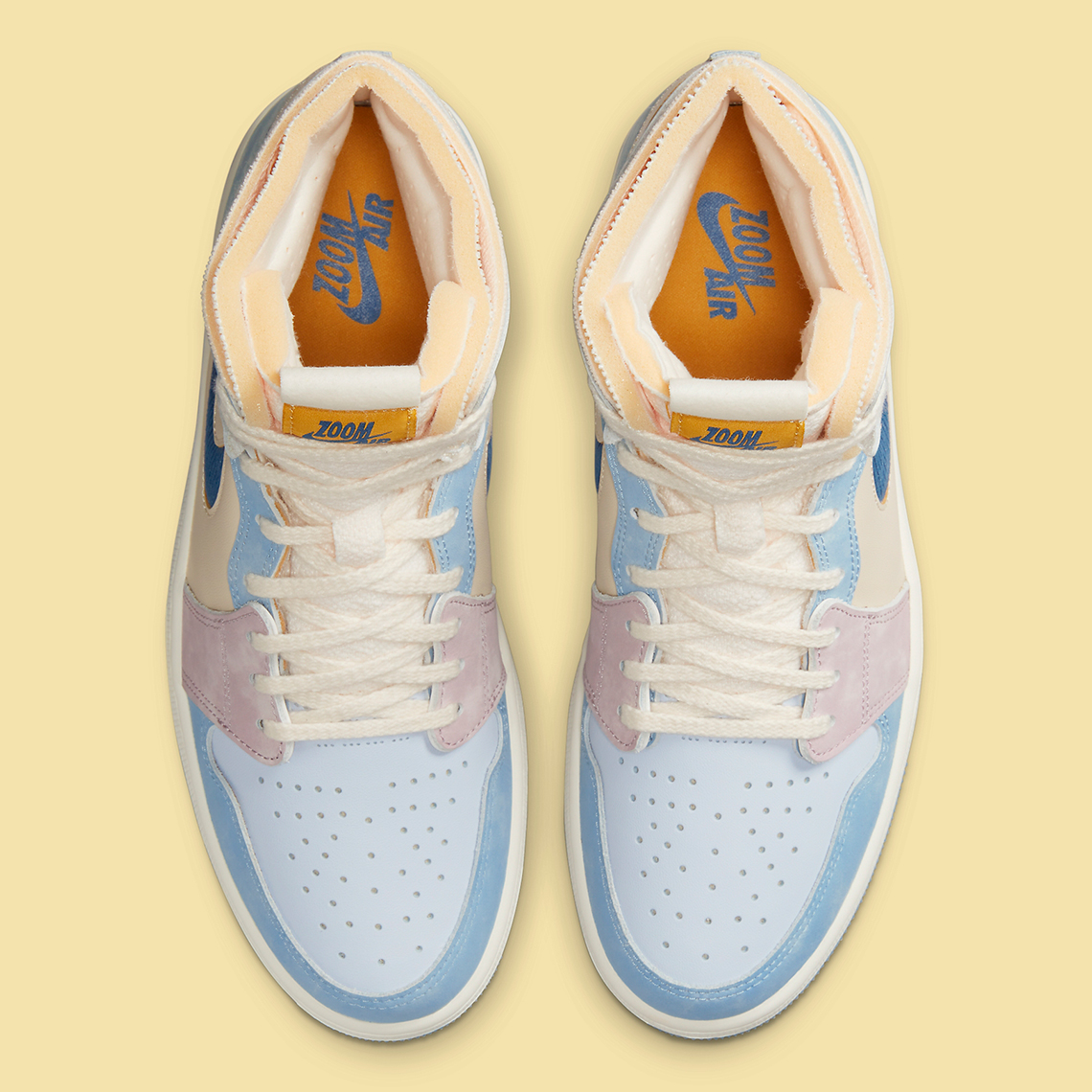 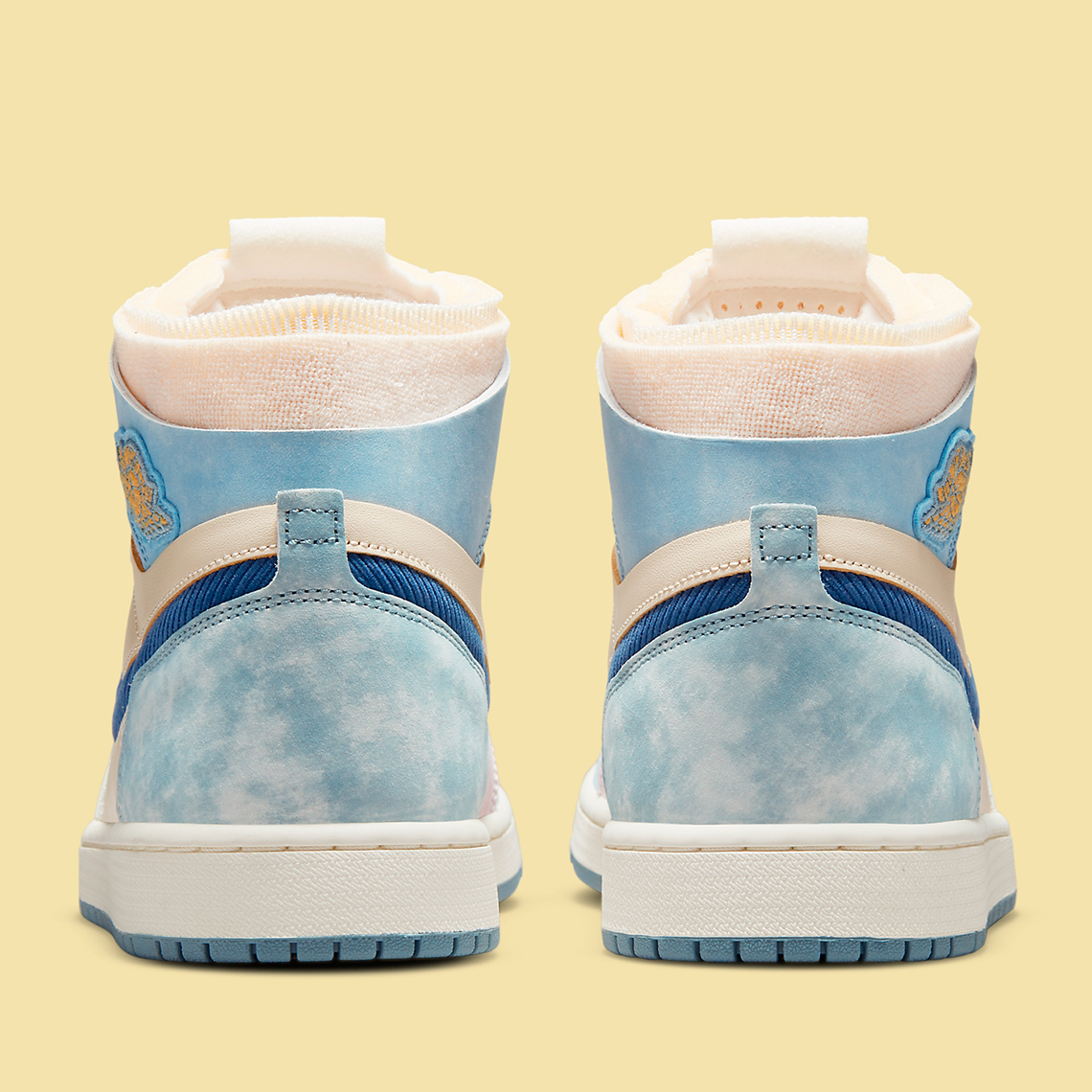 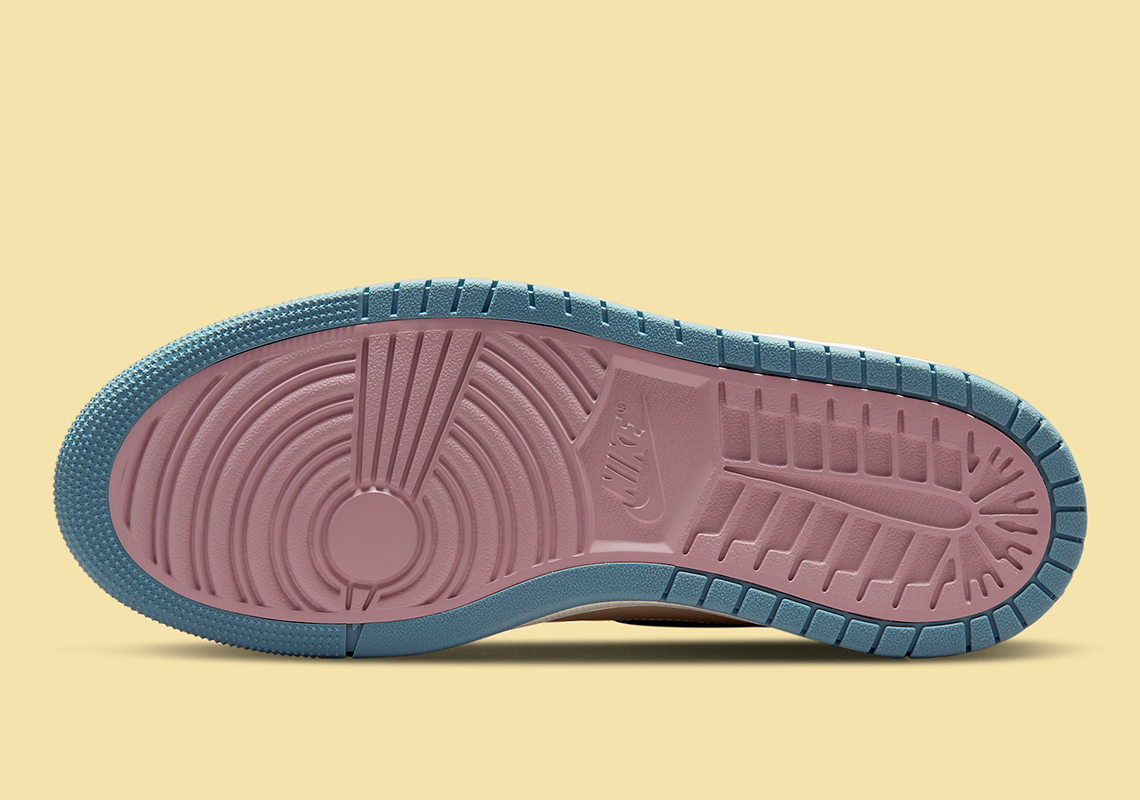 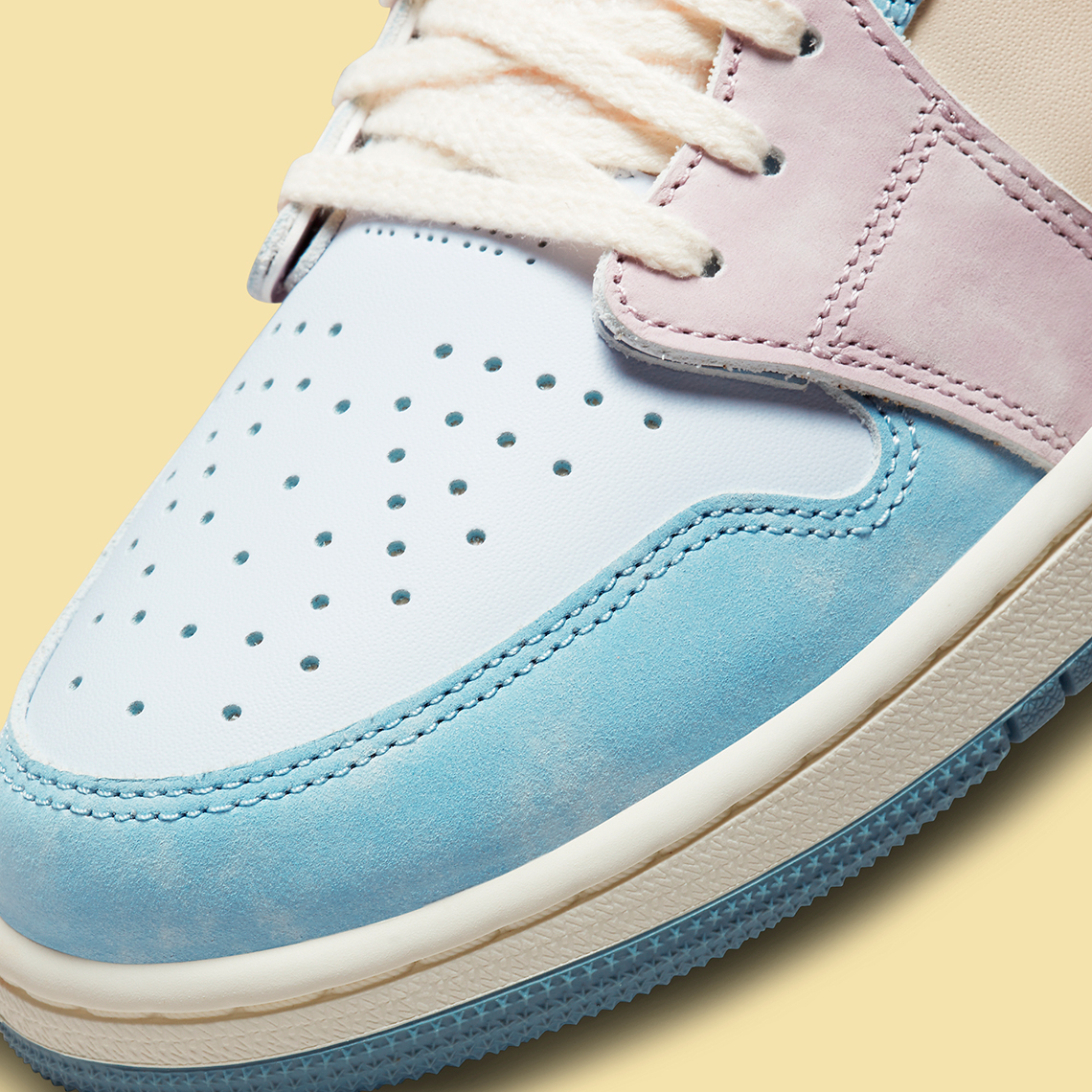 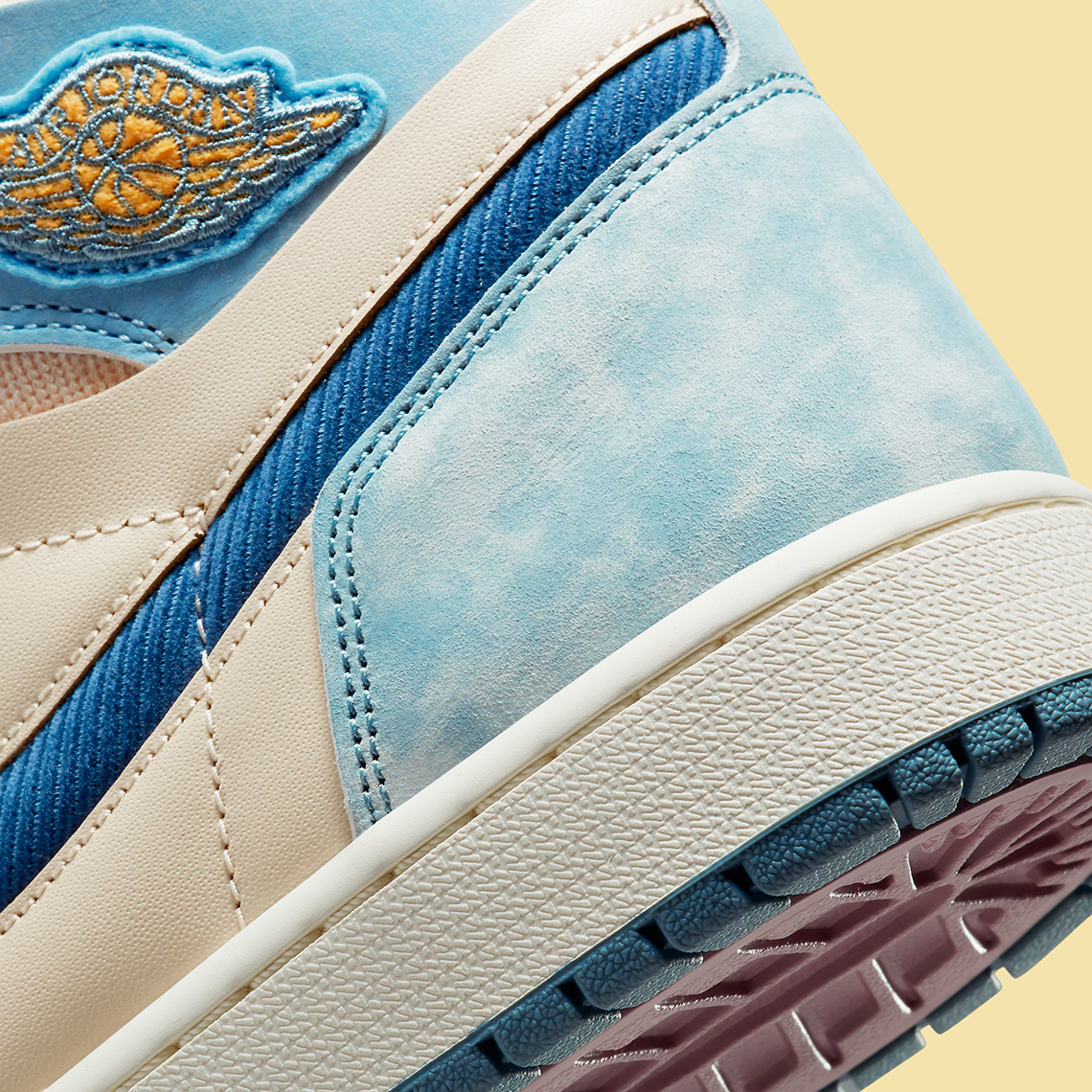