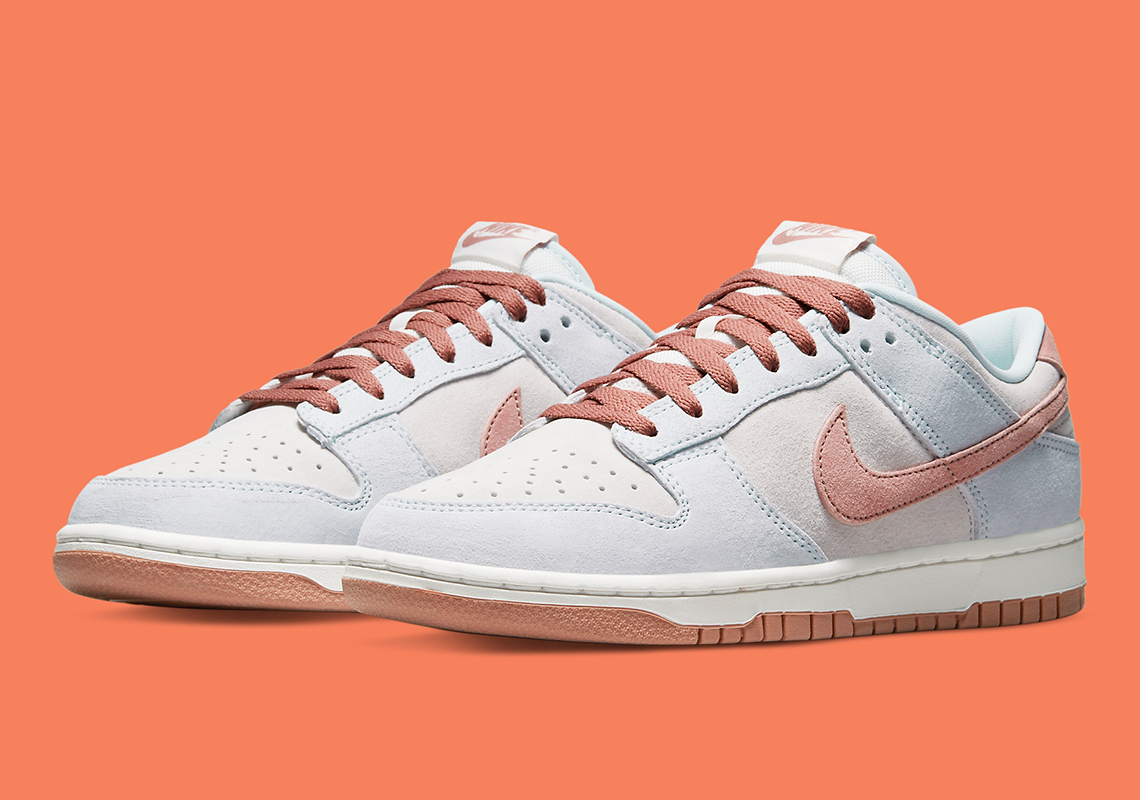 While two years removed from its milestone 35th anniversary, the Nike Dunk Low continues to dominate “wish-lists” everywhere without having to rest on its laurels. Ahead of Spring 2022, Peter Moore’s iconic design has emerged in a predominantly “White” colorway complete with hits of a pinkish “Fossil Rose” tone.

Akin to a widely-popular predecessor donning the aforementioned brown color, the upcoming sneakers feature a mix of synthetic leather and high quality hairy suede across its upper. Shades of “White” take over much of the pair’s top-half, with panels around the toe, along the tongue and near the ankle donning a purer variant of the dominant hue. Contrast, however, arrives prominently via the profile swooshes, laces and upper heel panel, which harkens back to the low-top Nike Dunk “Medium Curry” that dropped in late March 2021; under certain light and at certain angles, the design choice omits a pinkish tint. Regardless of its exact name on the Pantone Matching System, the color has already helped the sneakers garner notable interest across social media, which will certainly translate to a successful launch and may encourage the Swoosh to outfit other silhouettes in the light curry-reminiscent color.

No official Nike SNKRS release details have been disclosed by the brand, but that’s likely to change as springtime inches closer. In the meantime, enjoy early images of the pair here below, courtesy of @brandon1an on Twitter.

For more from the NIKE, Inc. empire, check out the sacai Nike Cortez expected to arrive by Winter 2022.

UPDATE (01/26/2021):
It was previously reported that the color that lands on this Nike Dunk Low’s profile swooshes, collar and outsole is a light “Medium Curry.” It’s now been revealed that the tone is “Fossil Rose,” with accompanying colors being “Phantom/Aura/Summit White.” 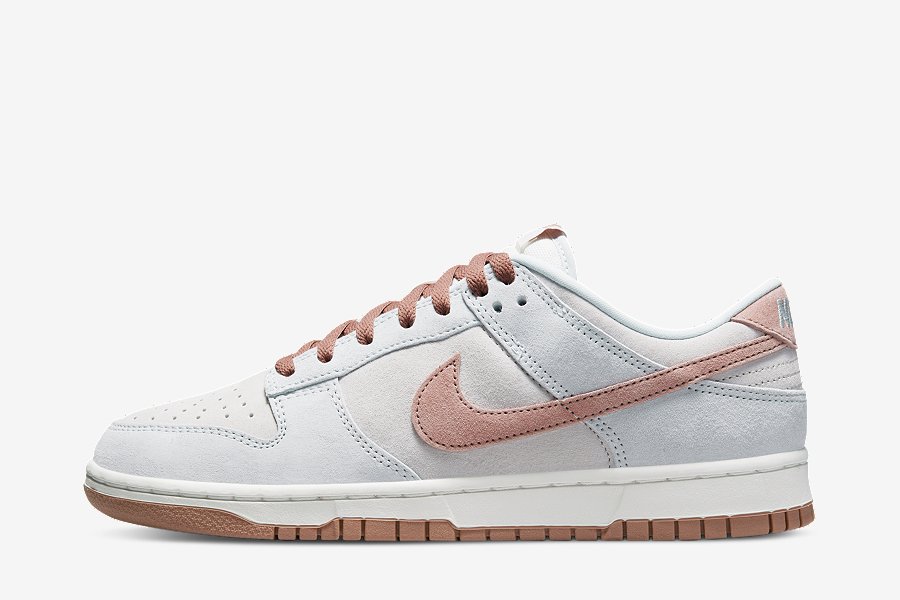 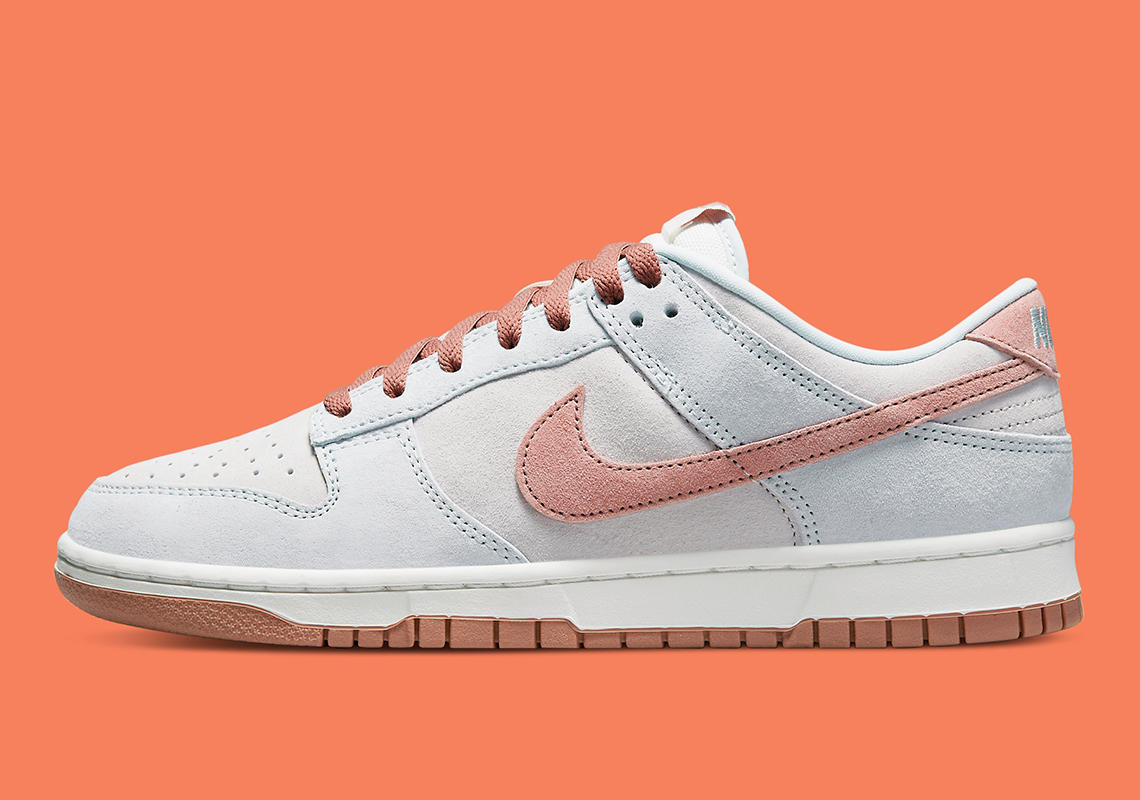 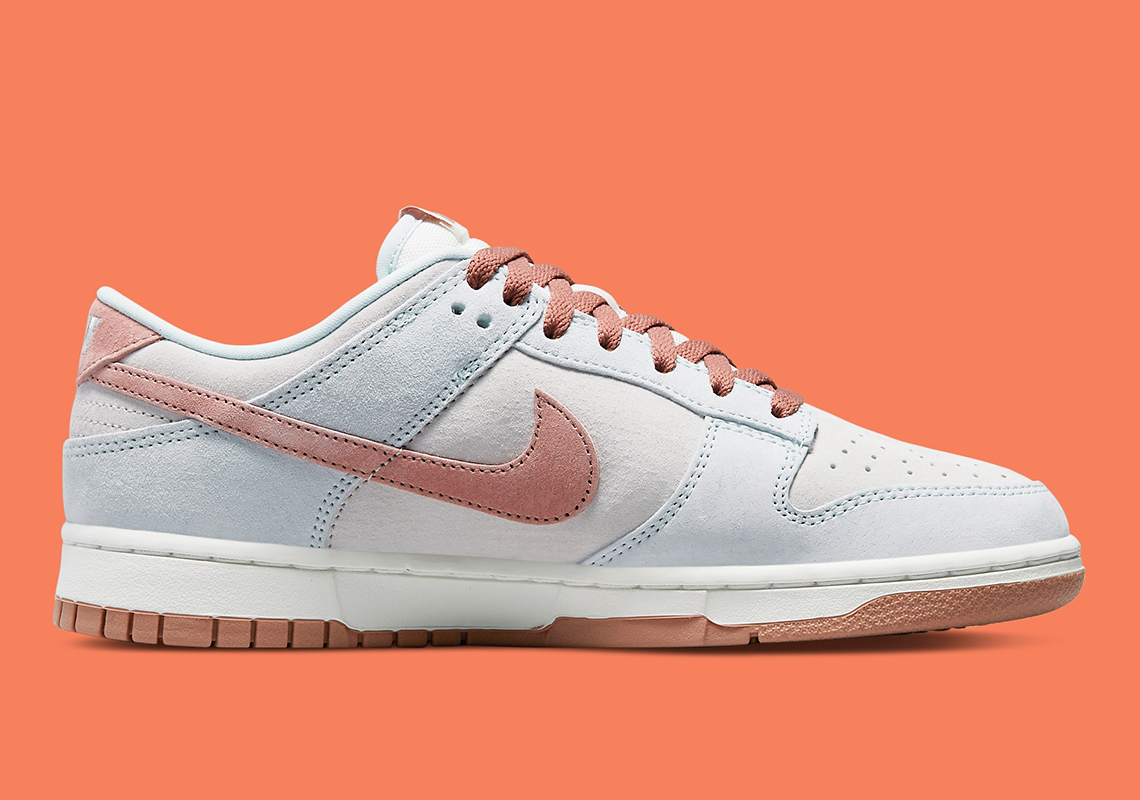 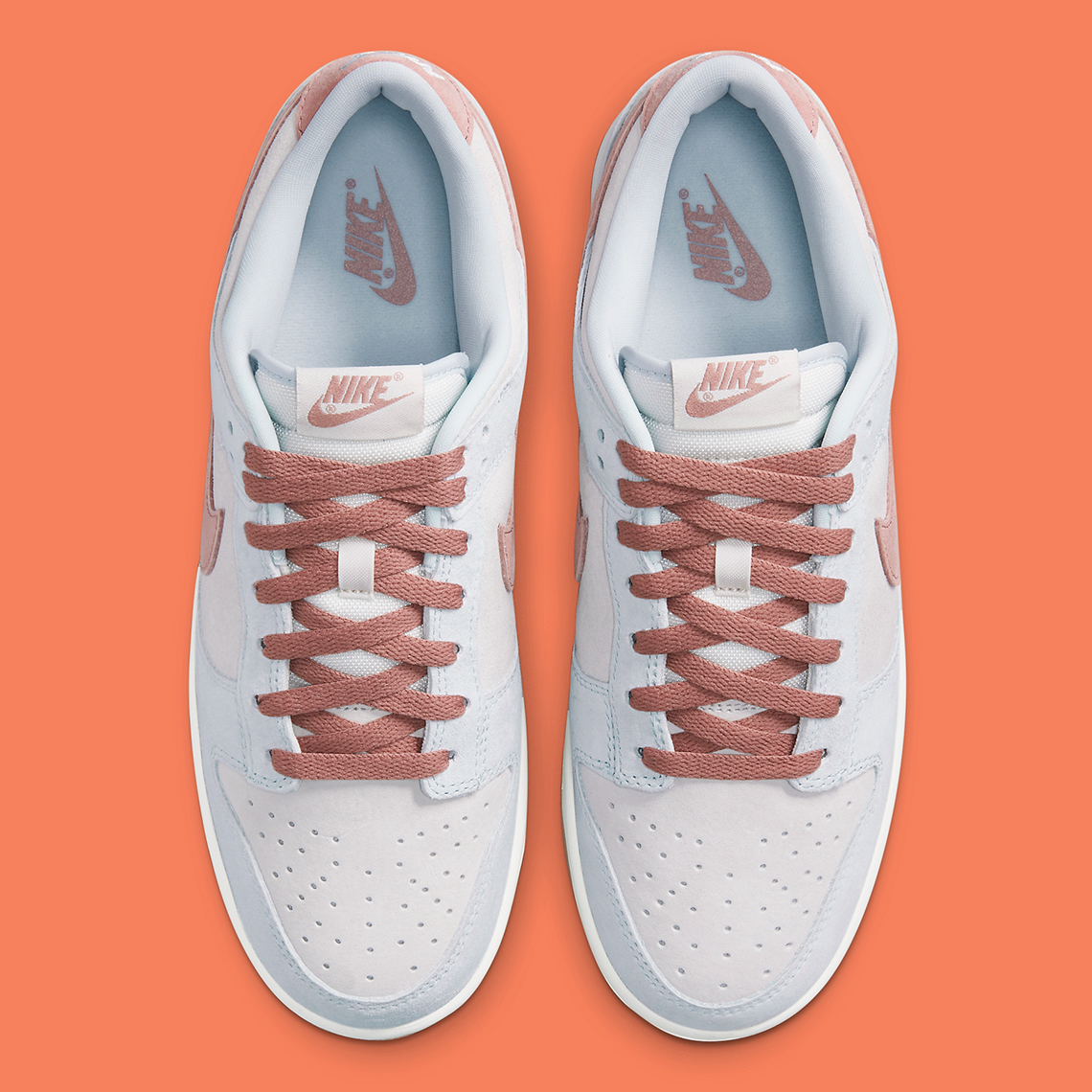 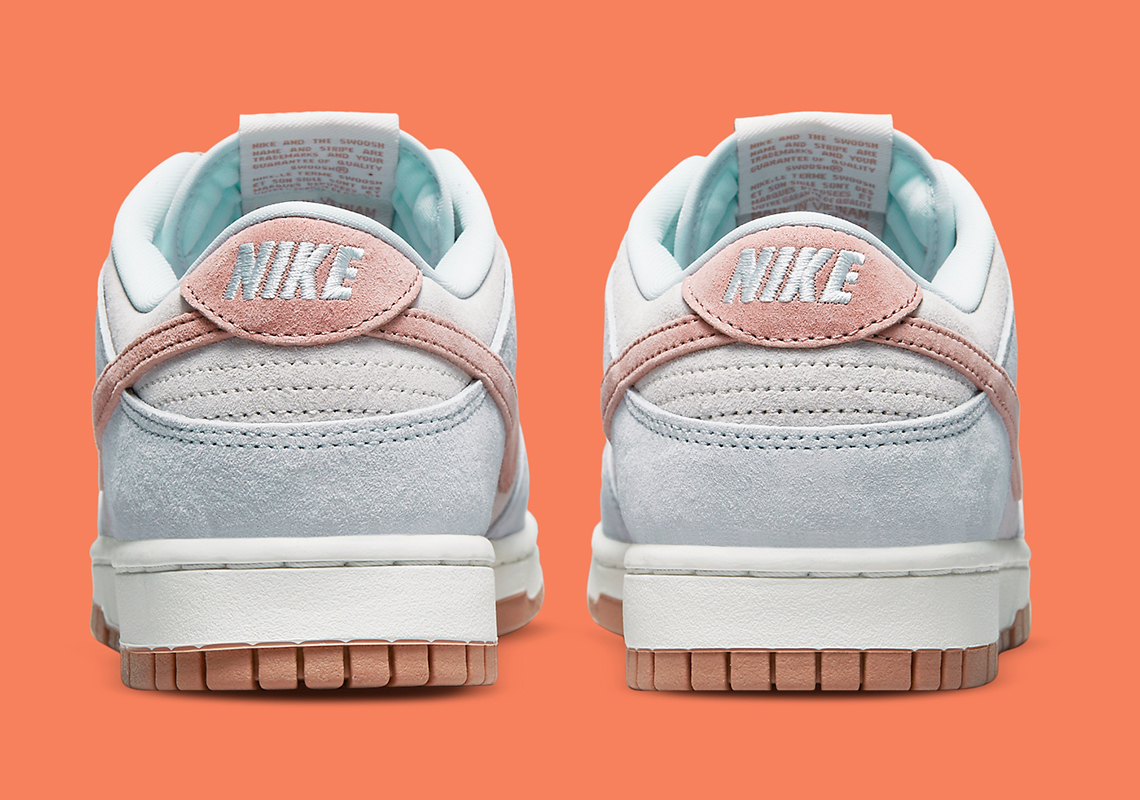 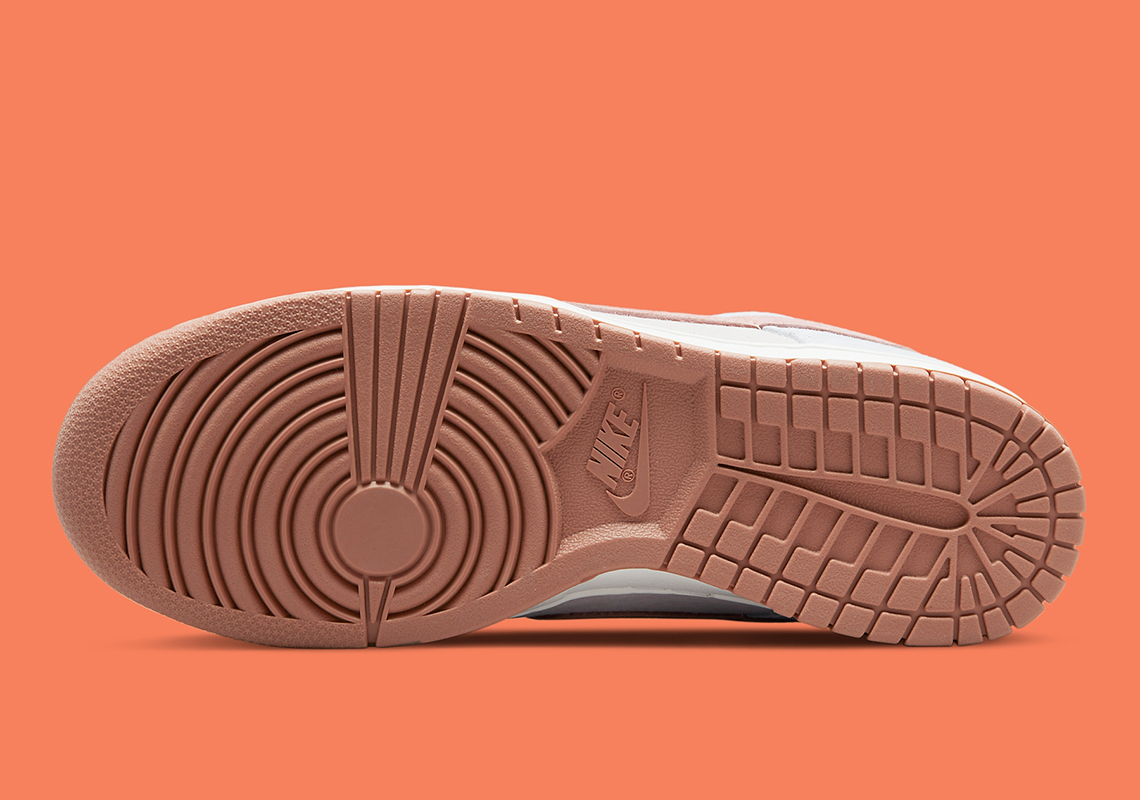 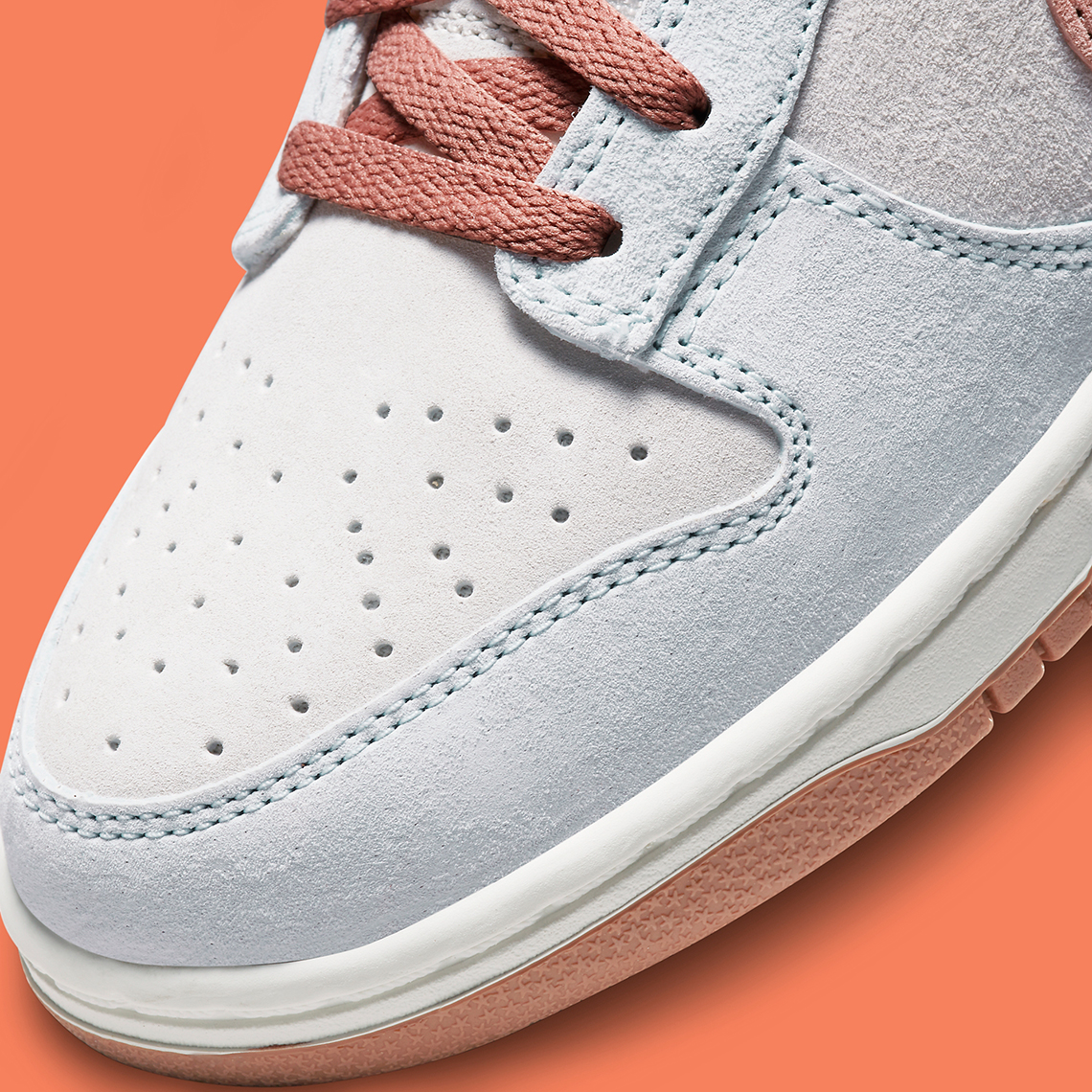 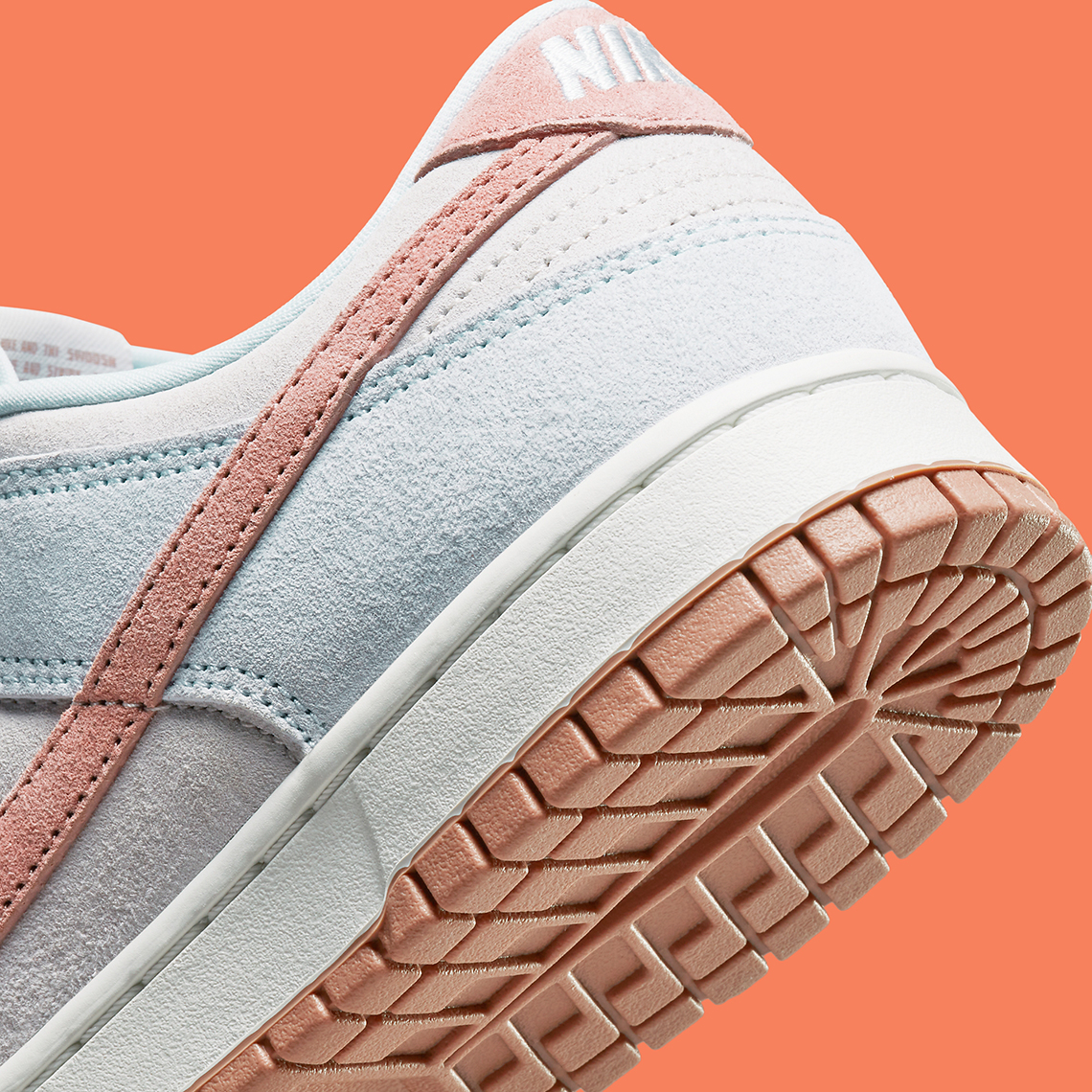