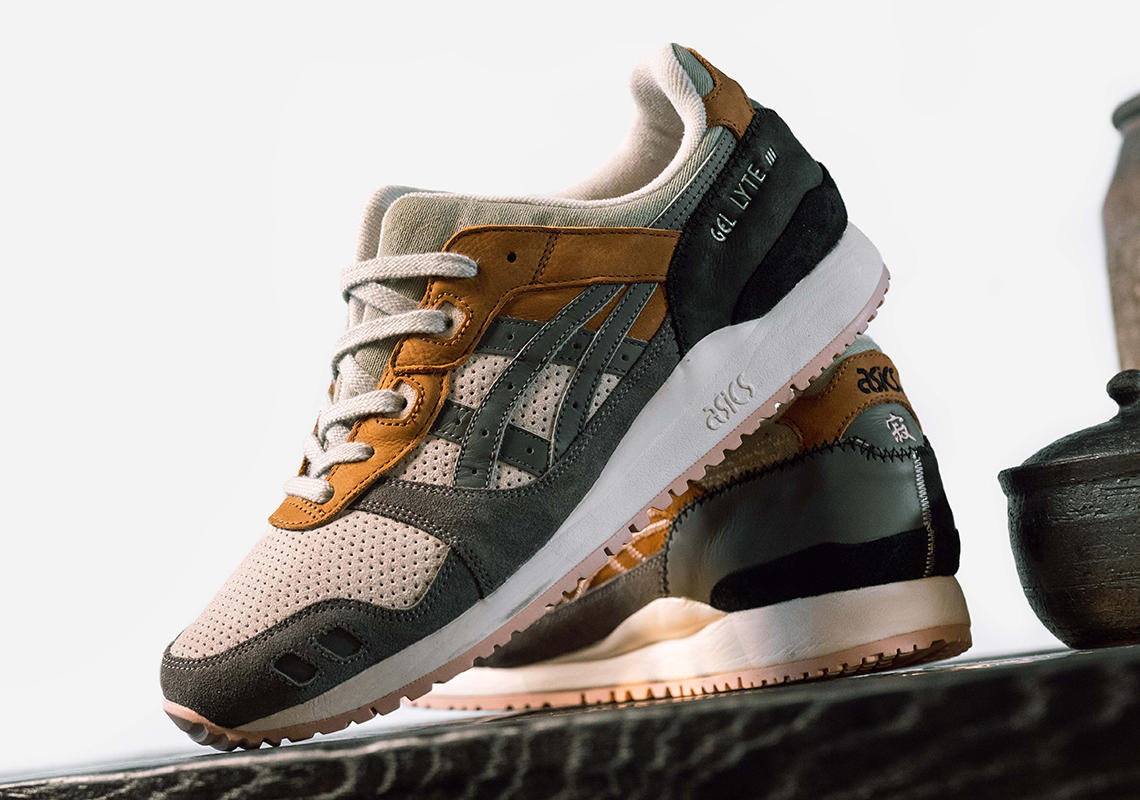 Over the past decade, AFEW and ASICS have worked together on some of the GEL-LYTE III‘s most interesting projects. Back in 2015, for example, the two created the 1-of-1 “Black Koi” colorway, whose proceeds were donated to a children’s and youth hospice in Germany. Today, around seven years later, the two brands are coming together for charity yet again, delivering another 1-of-1 offering: the GEL-LYTE III “Beauty of Imperfection.”

Conceptually, the colorway draws inspiration from the Japanese concept of Wabi-sabi, a philosophy that believes there is beauty in the imperfect. Applications of said world view can be found in traditional craft like Kintsugi, which entails highlighting the cracks and damage of broken pottery with gold, silver, or platinum.

AFEW’s interpretation is quite a bit a different, though. In its unaltered state, the GEL-Lyte III appears standard, dressed with premium hits of leather and suede through the shoe. And while unassuming, some of these grey, white, and warm-toned panels are meant to be destroyed, torn away to reveal an entirely different look. The shoe’s usual branding as well as the “afew” logo and Japanese text should remain intact despite this.

Additionally, the shoe will be accompanied by a special box and a Japanese tea table designed by Herschel Heck. During the boutique’s upcoming IG live event, they will detail the background and insides of the shoe as well as announce the winner of the raffle. What’s more, they’ll give a quick preview of another upcoming ASICS collaboration.

The release of the AFEW x ASICS GEL-Lyte III “Beauty of Imperfect” will be held on the aforementioned IG live event on February 14th. Each ticket can be picked up for €5 at afew-store.com, and the shoe will raffled off to one lucky entrant. Multiple purchases are allowed and all proceeds will be donated to the Regenbogenland Children’s and Youth Hospice. 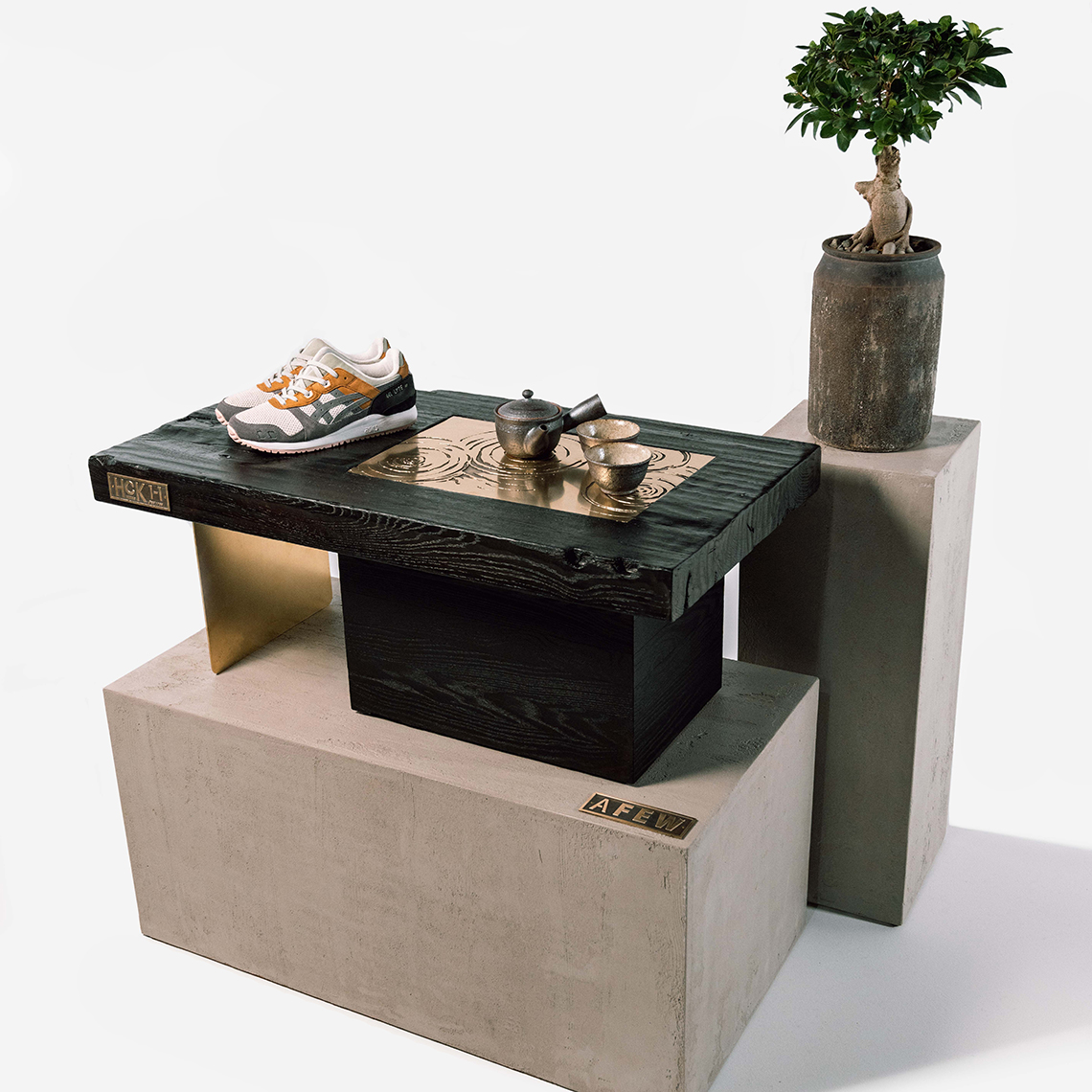 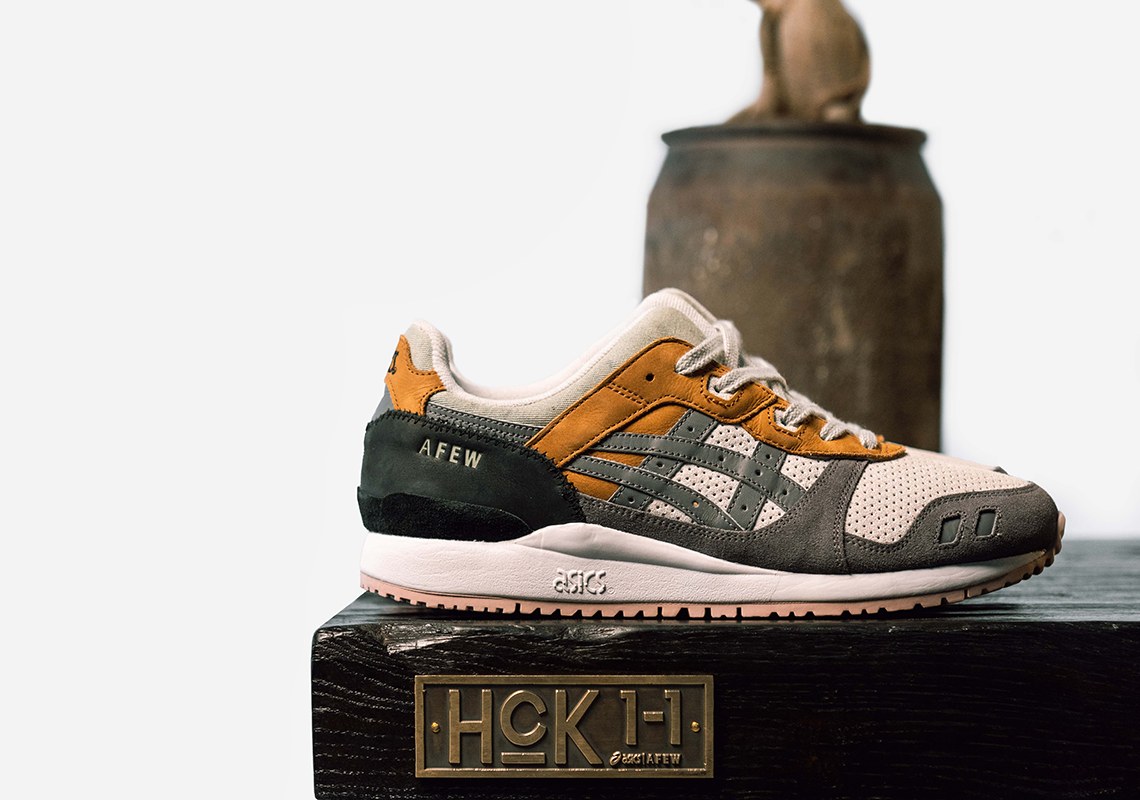 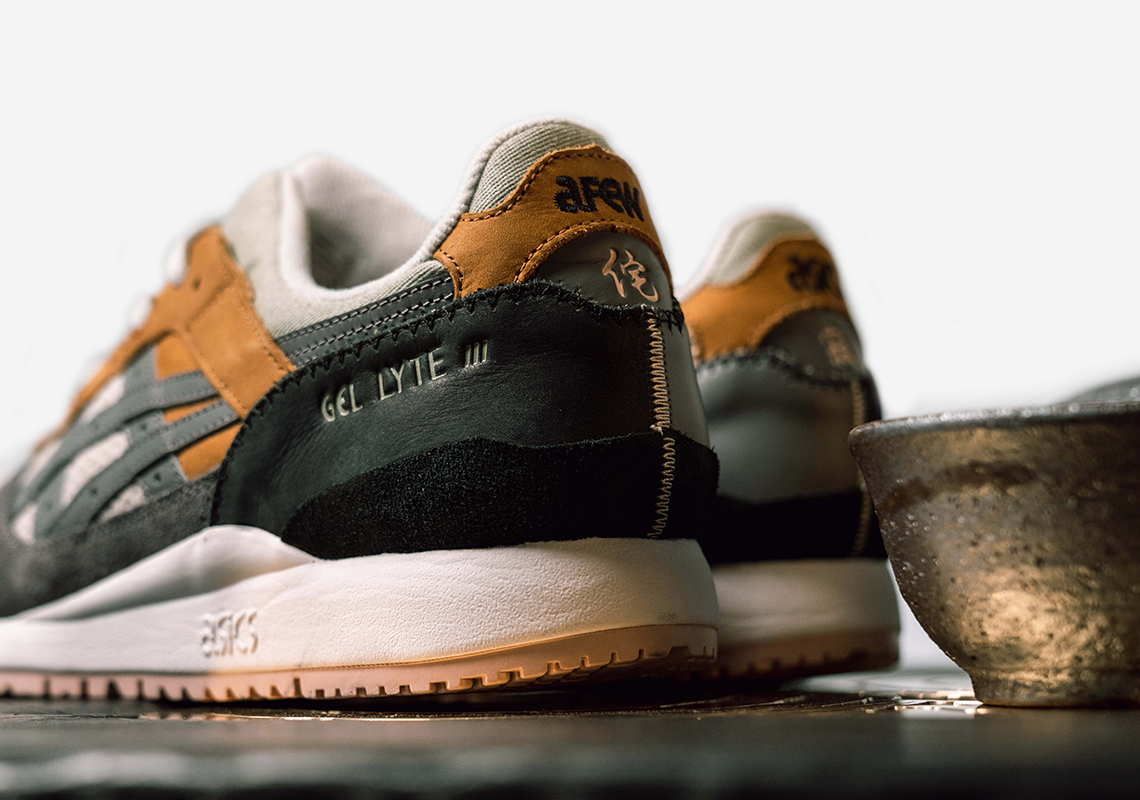 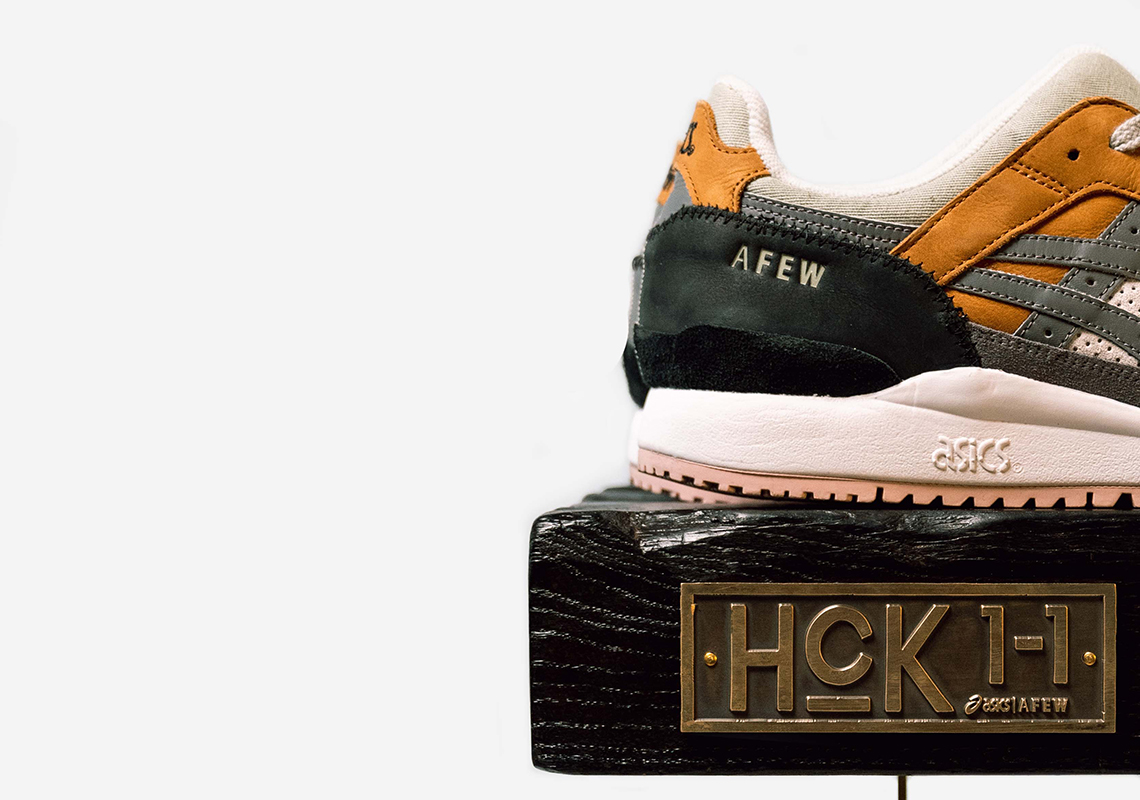 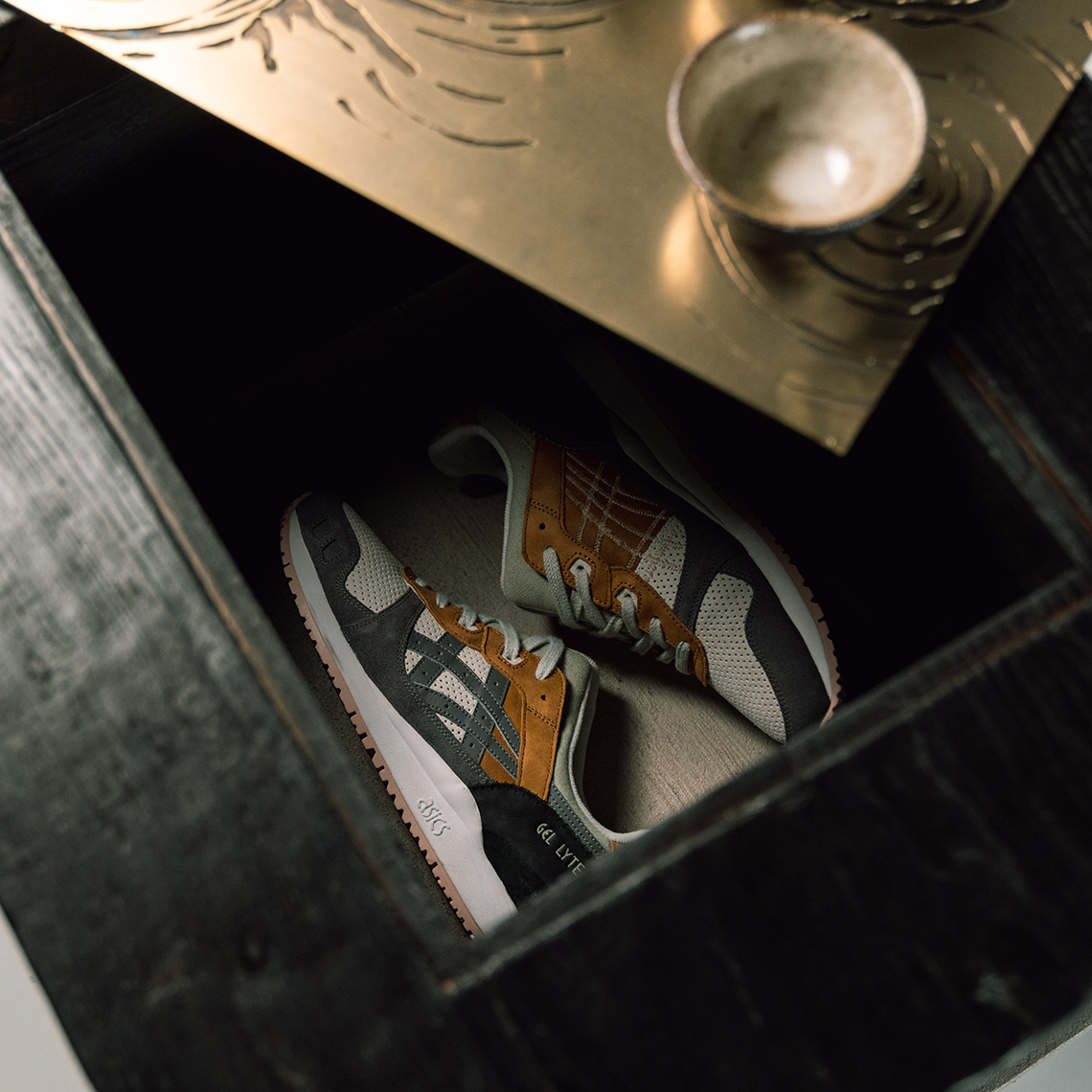 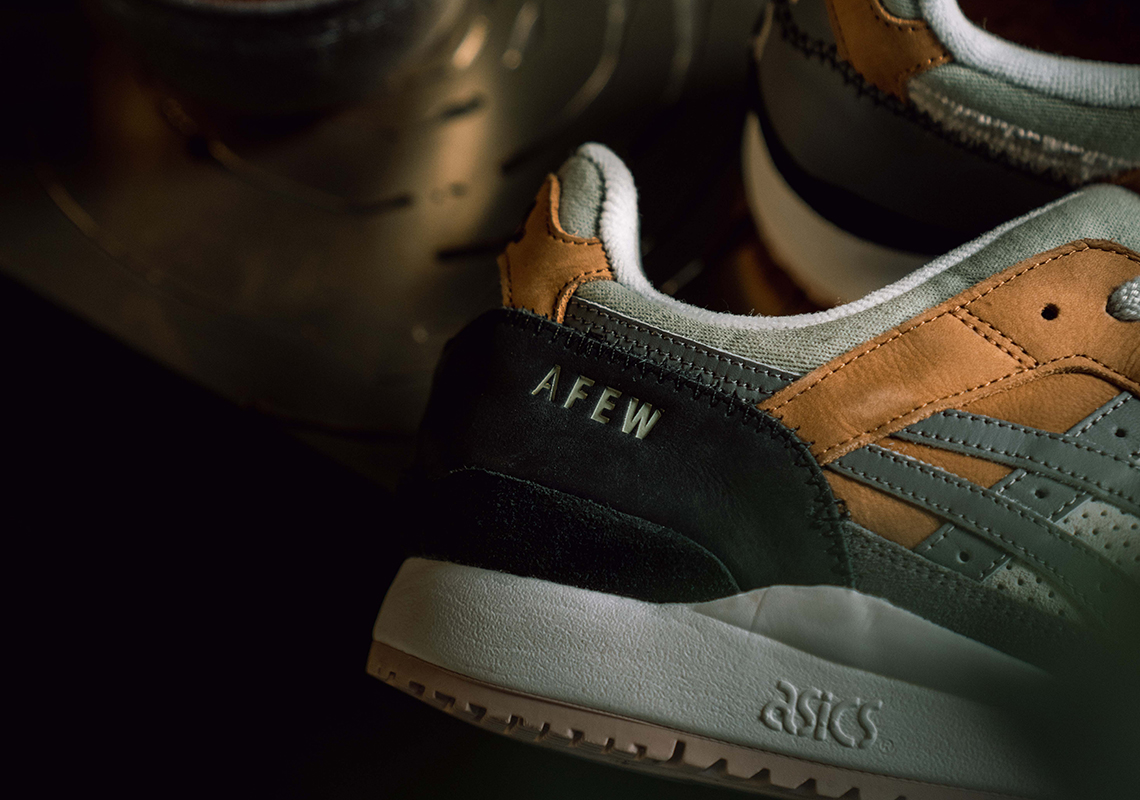 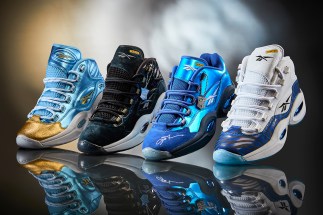