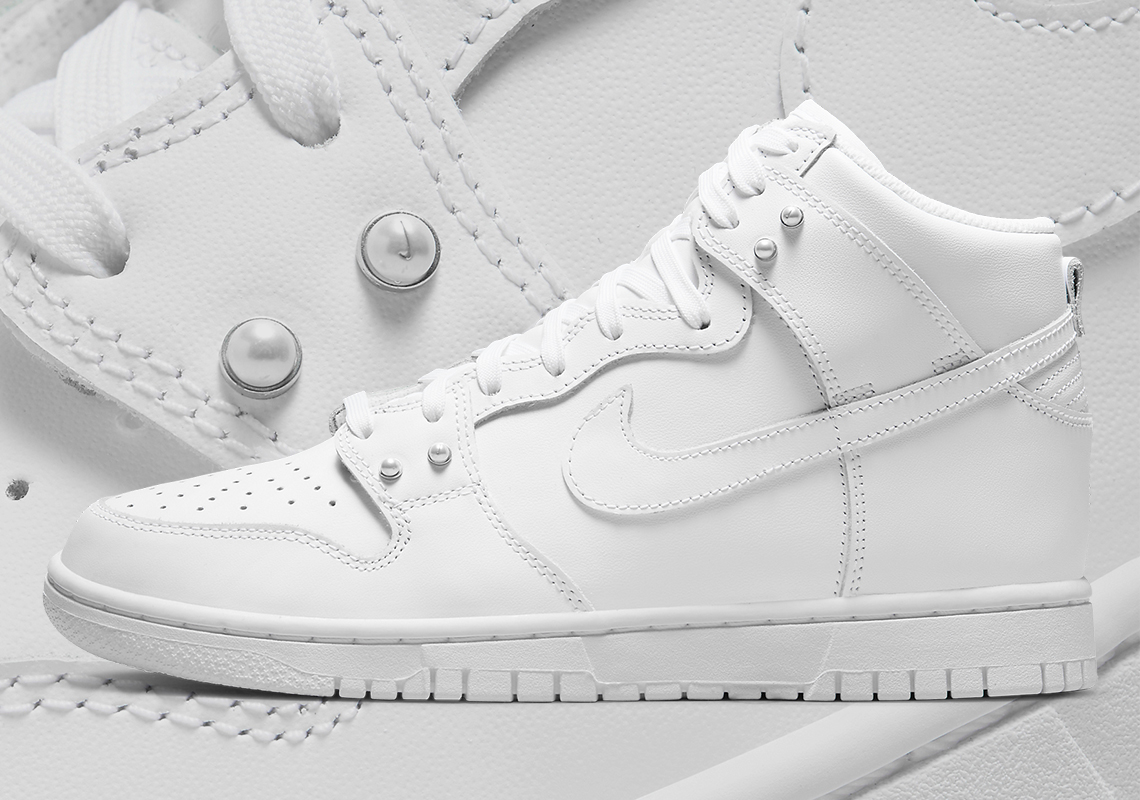 The Nike Dunk High Is The Latest To Feature Pearl Studs

Through the Nike catalog, there exists a number of self-contained trends, most of which proliferate across a small collection of silhouettes. And the latest to be featured isn’t your typical exercise in overbranding; instead, the Swoosh is applying pearl studs to the uppers of the Air Max Plus, Air Force 1, and now the Dunk High.

Like the iterations before it, not much is done to the shoe overall. Its base, for starters, lacks any noteworthy changes, as the upper is constructed near entirely out of a standard smooth leather. Color-wise, too, the pair lacks punch, due entirely to its “Triple White” palette. The aforementioned studs do, however, add a bit of luxury to the shoe, though they seldom appear, outfitting the forefoot and ankle flap for a total of four pearls per side.

Enjoy an official look at the Dunk High “Pearl” below, and sit tight as we await word on its release date.

In other news, the Air Jordan 1 Rebellionaire is releasing this weekend. 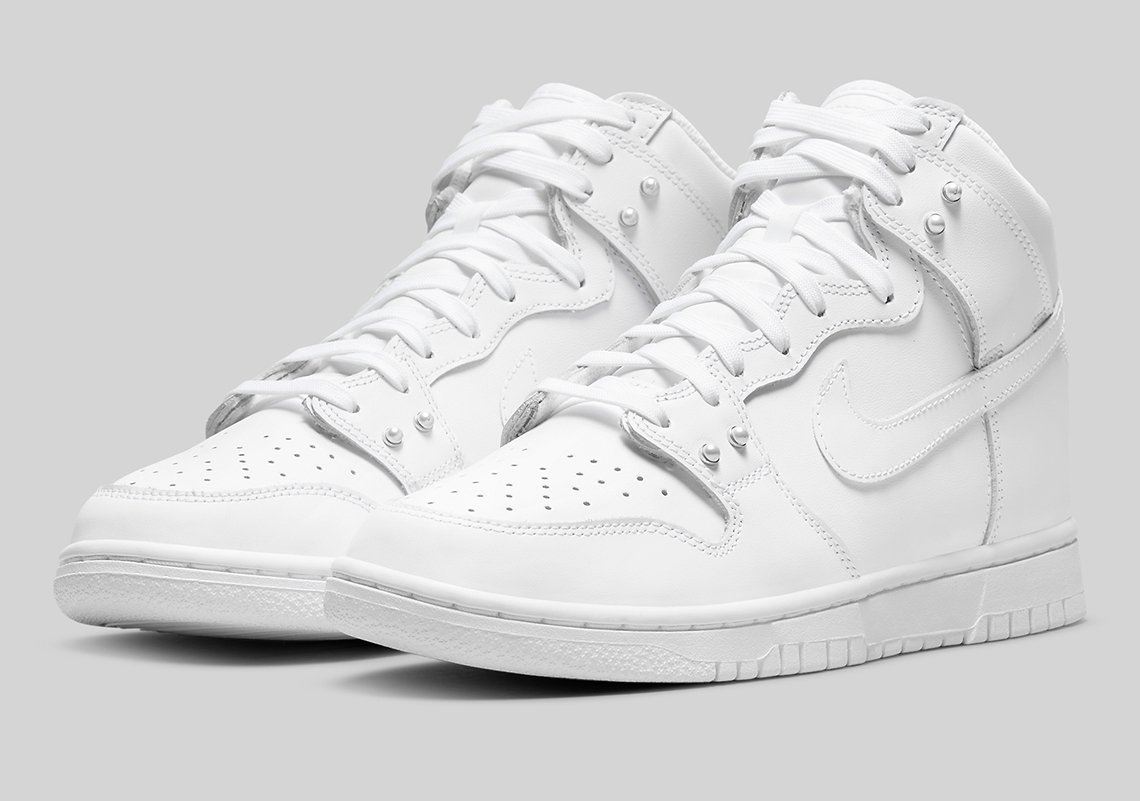 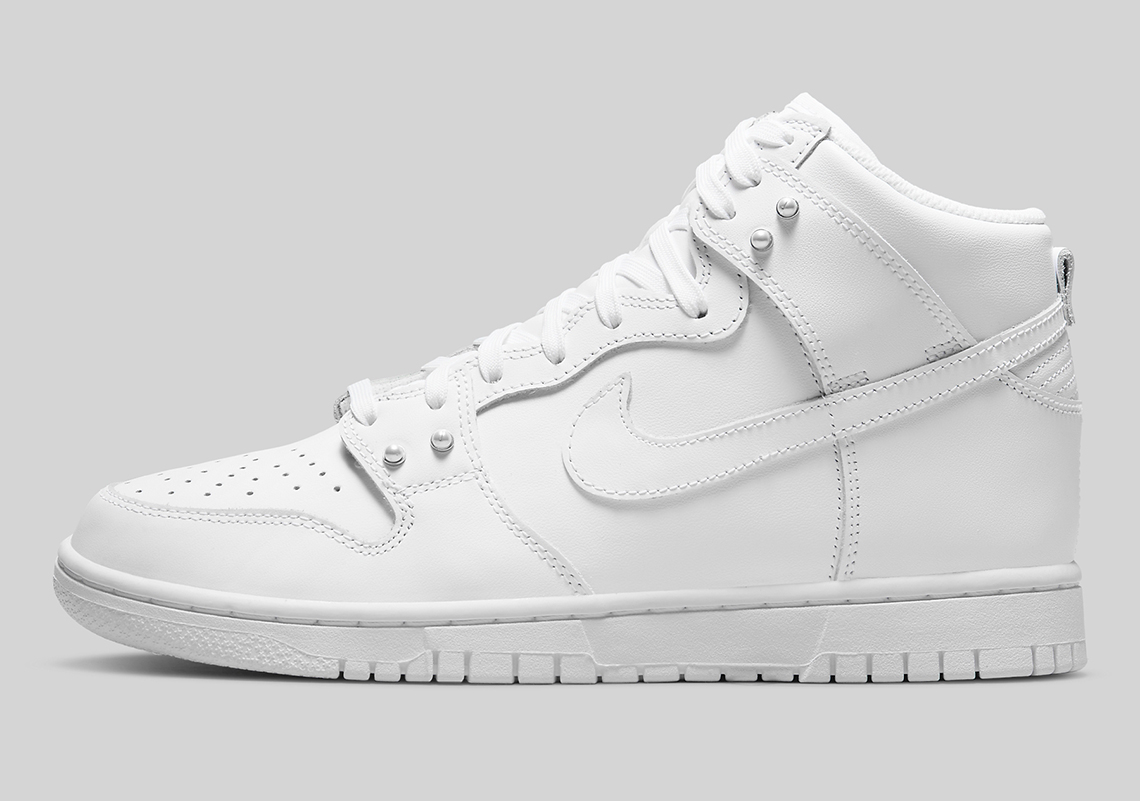 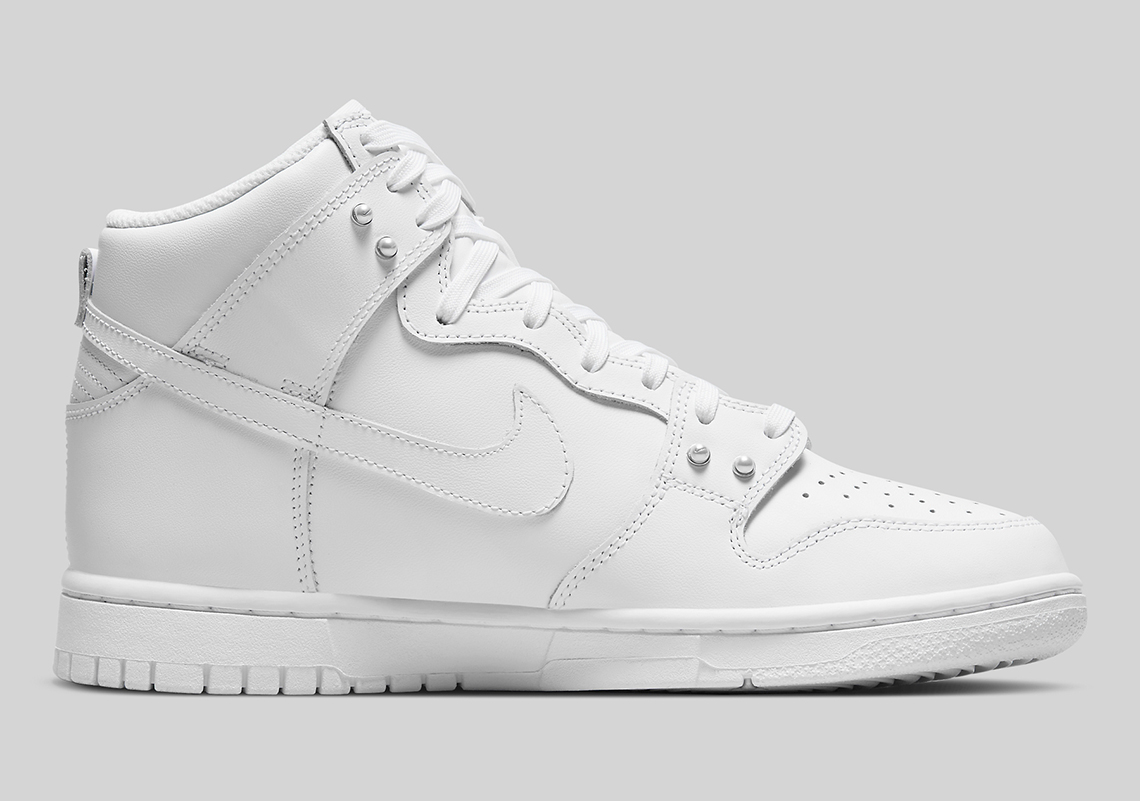 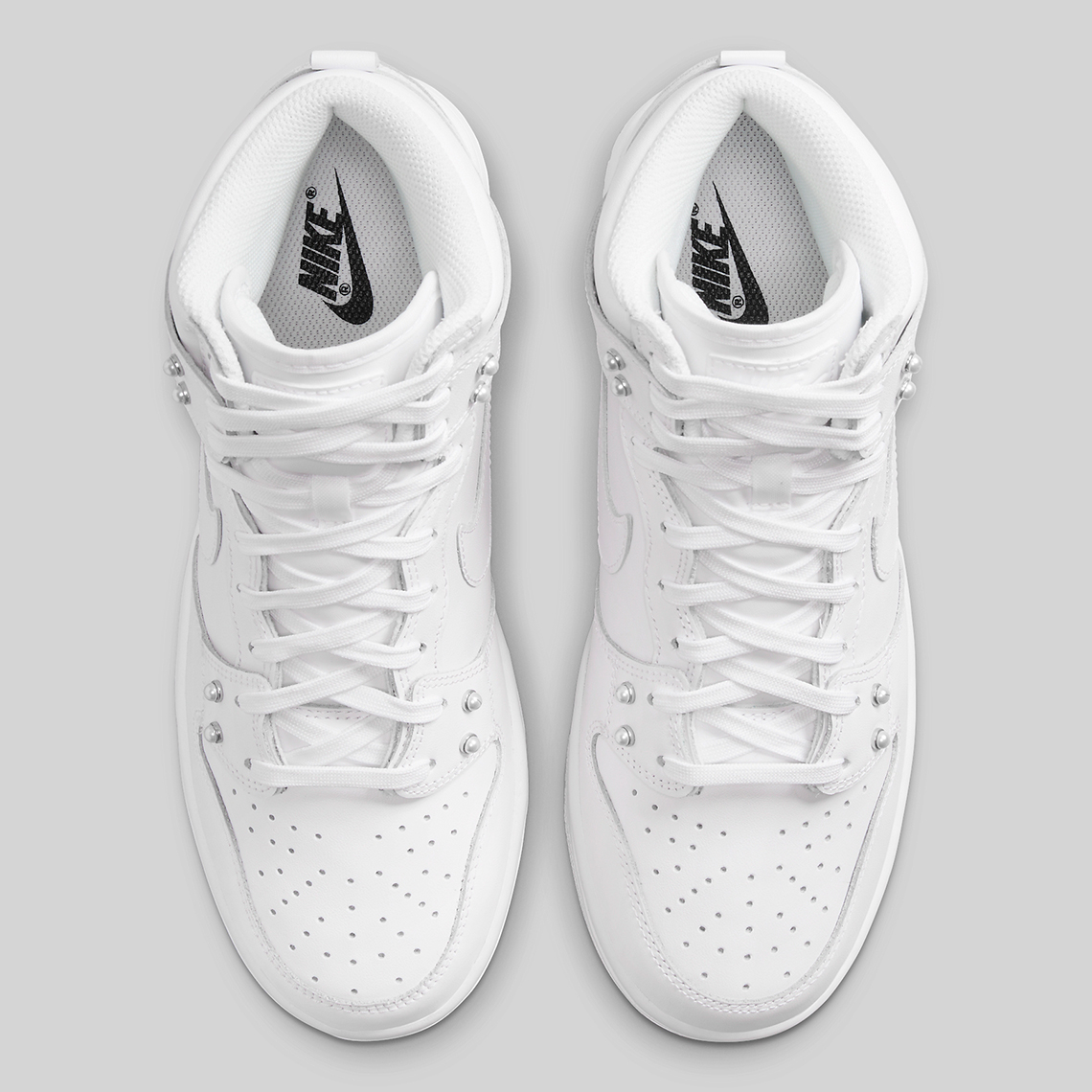 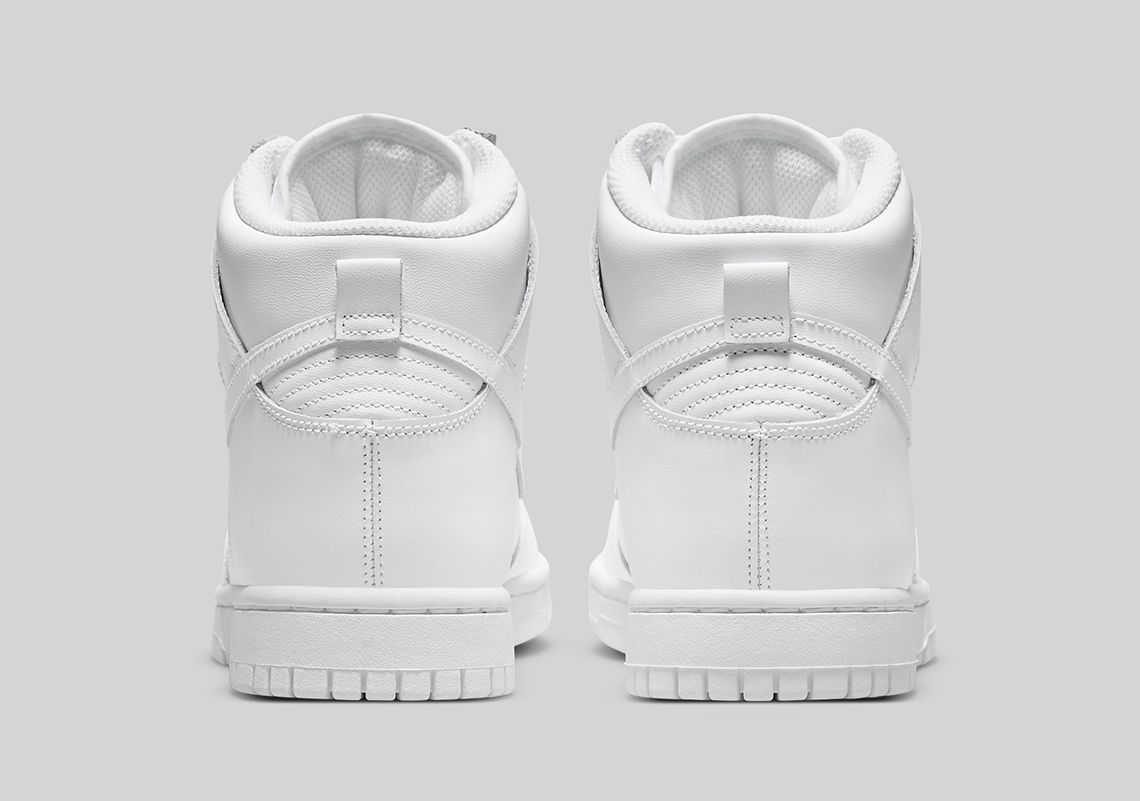 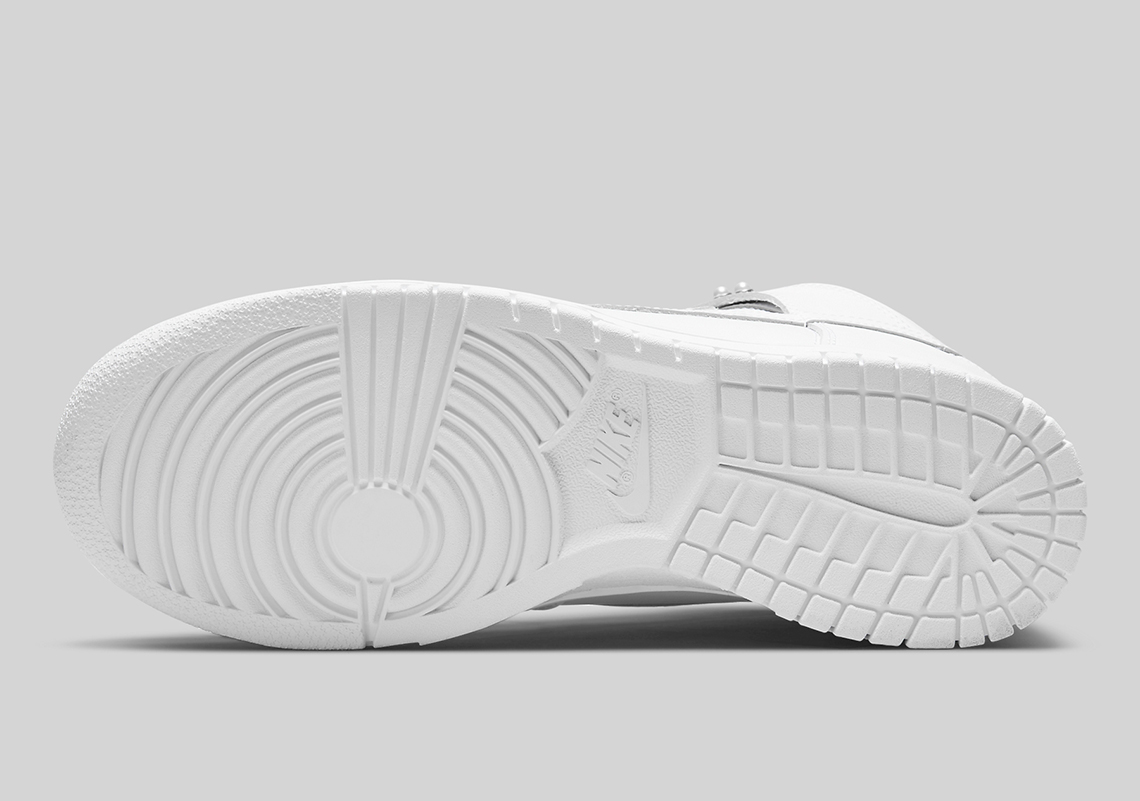 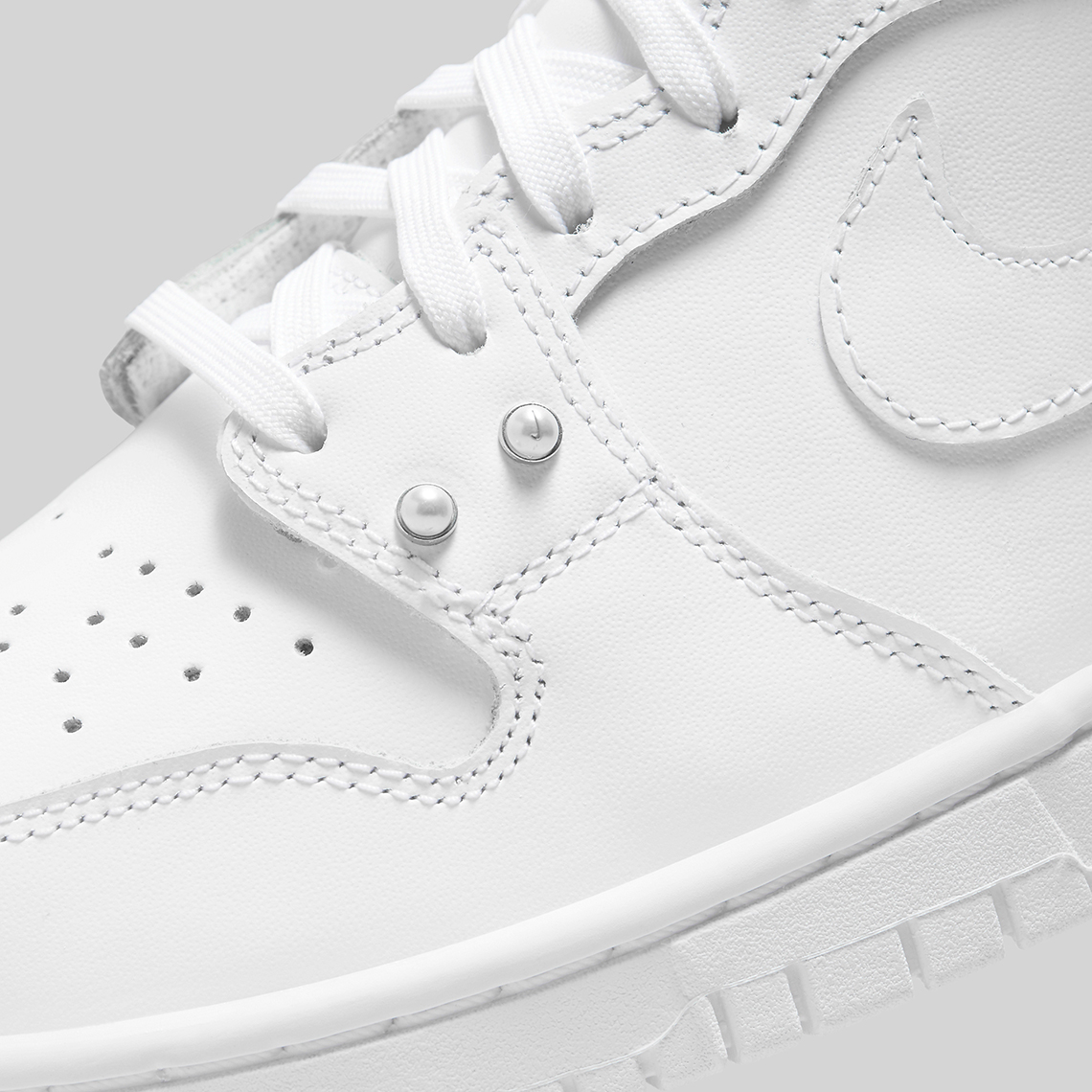 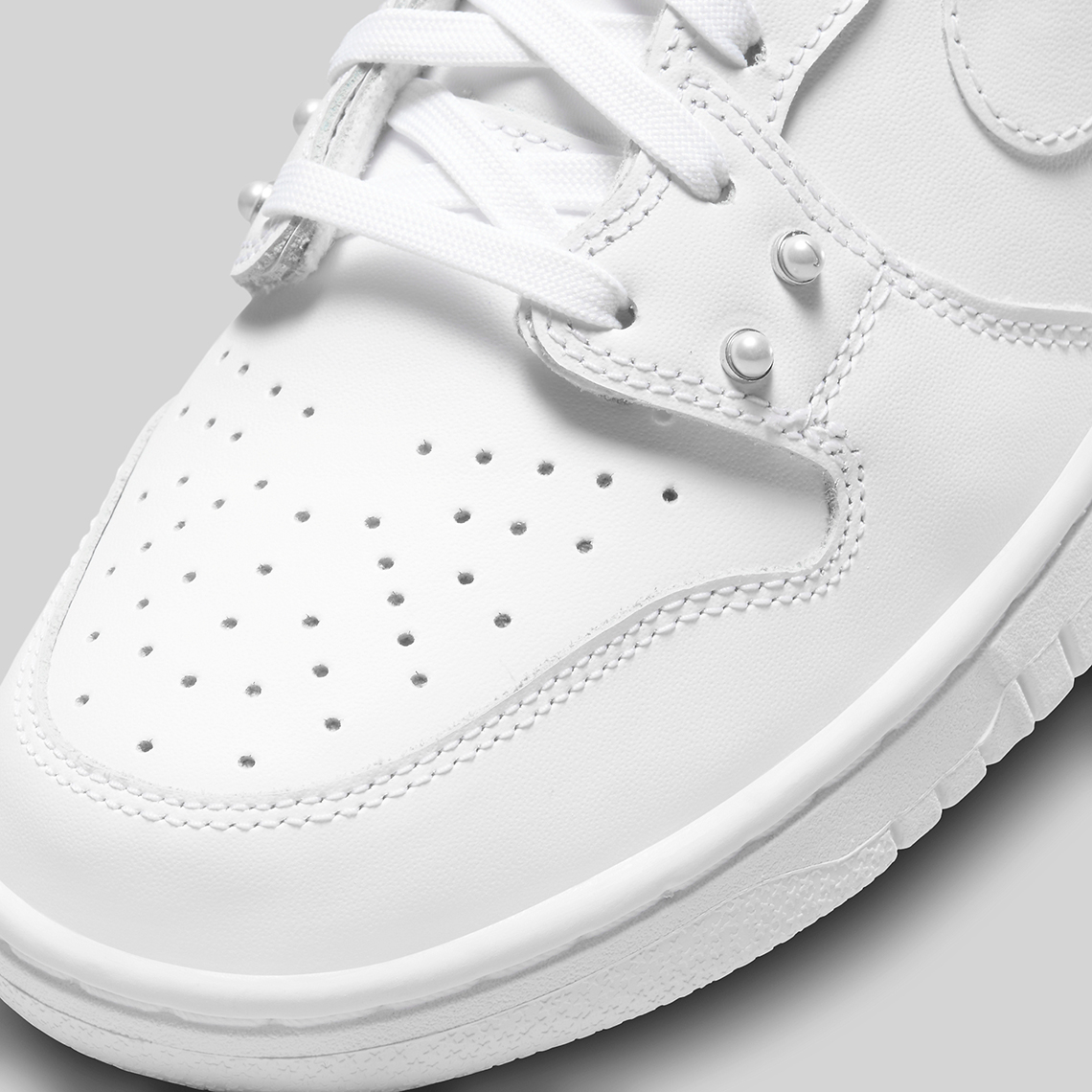 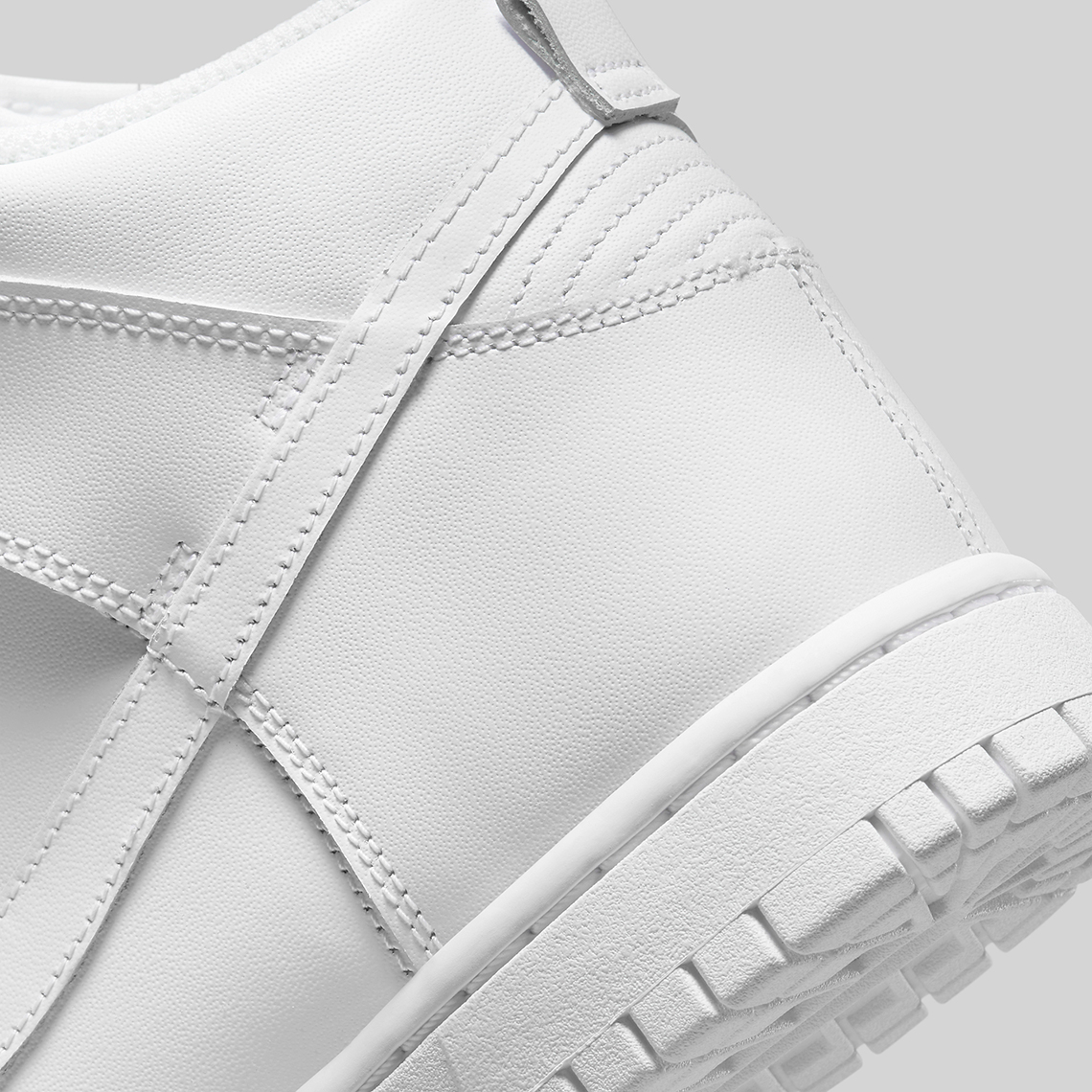