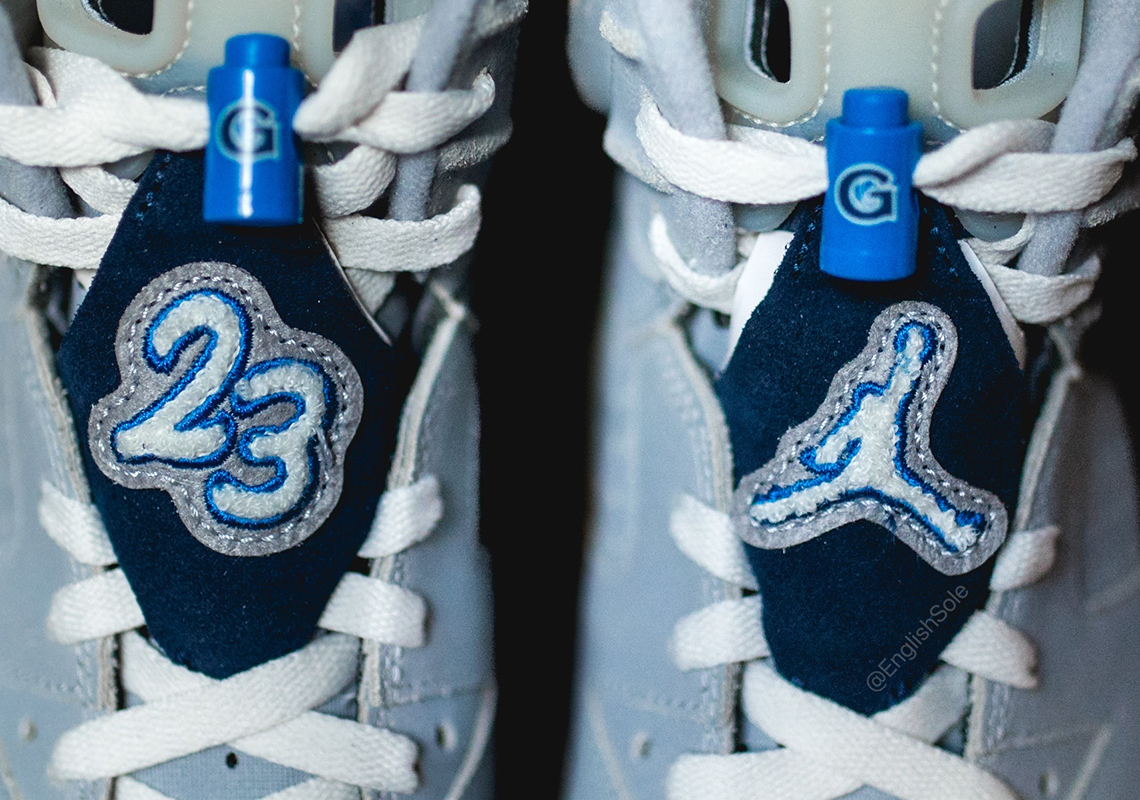 For this year’s round of PEs, the Jumpman has selected the Air Jordan 6, whose most notable GR upcomer is inspired by Georgetown University. It’s only fitting that the school’s player exclusive is of equal quality, and it proves as much thanks to the detailed imagery provided by collector English Sole.

Similar to its rivals, Georgetown is celebrated by way of a varsity jacket inspired frame. Chenille patches echo said outerwear staple, doing so with “23” and the Jumpman logo proudly on display. The school’s emboldened “G” sits not far adjacent, though its appearance atop the lace toggle is far more simple than that of the instance across the heel. Elsewhere, the cracked leather simulates vintage — as does the partially-yellowed sole — all the while further paying homage to the Hoyas.

For a closer, detailed look at the school’s AJ6 PE, see below. While these may never make their way to the public, the previously leaked Air Jordan 6 Georgetown is expected to release this September.

In other news, official images of the Air Jordan 1 KO Syracuse are here. 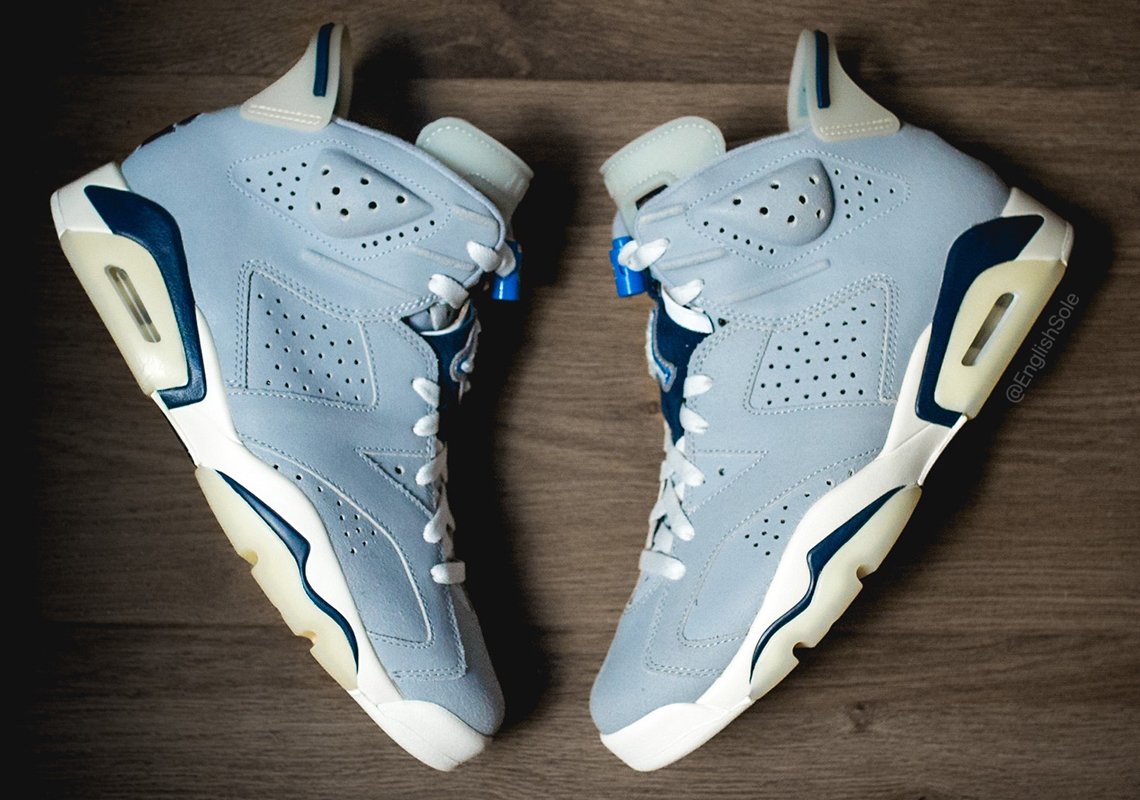 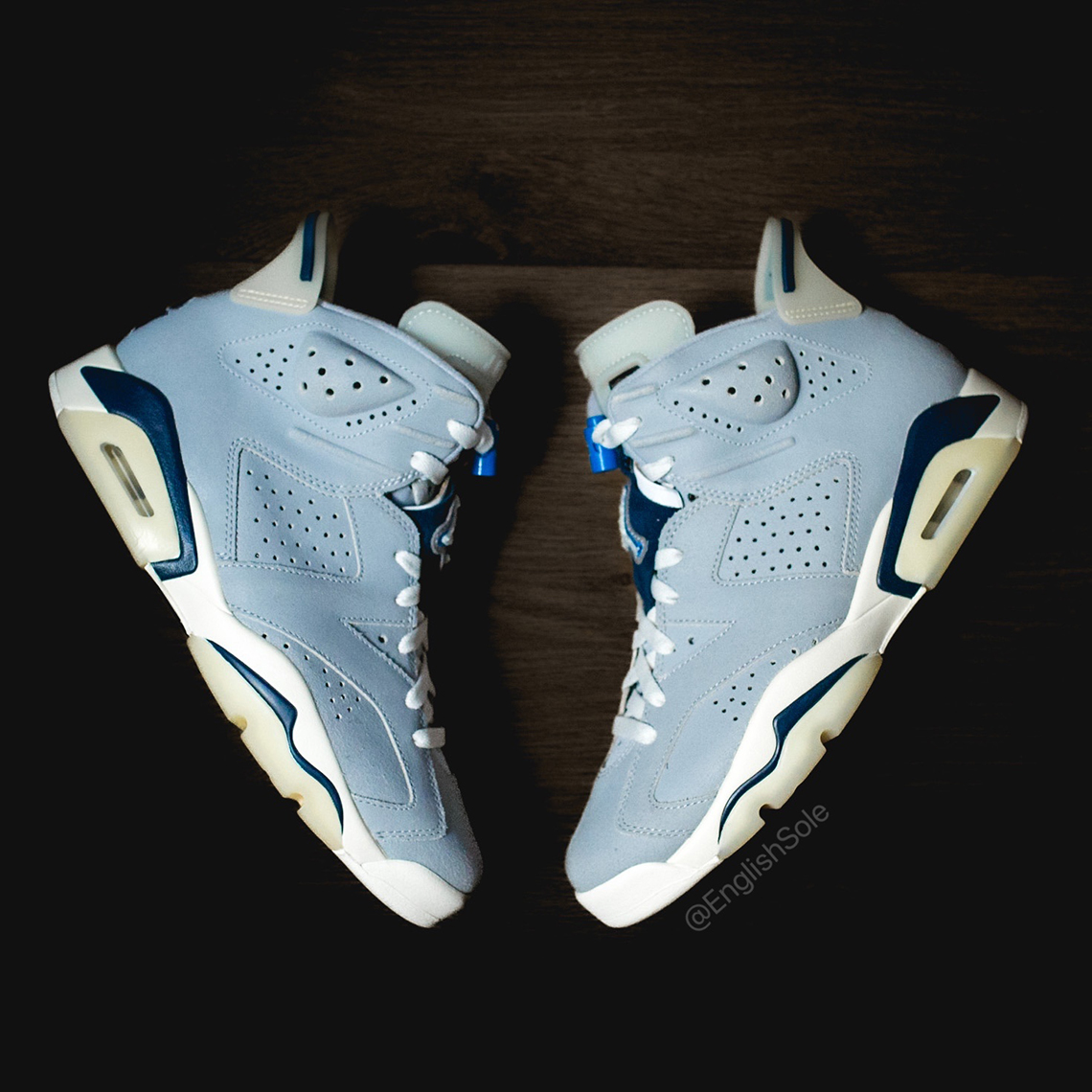 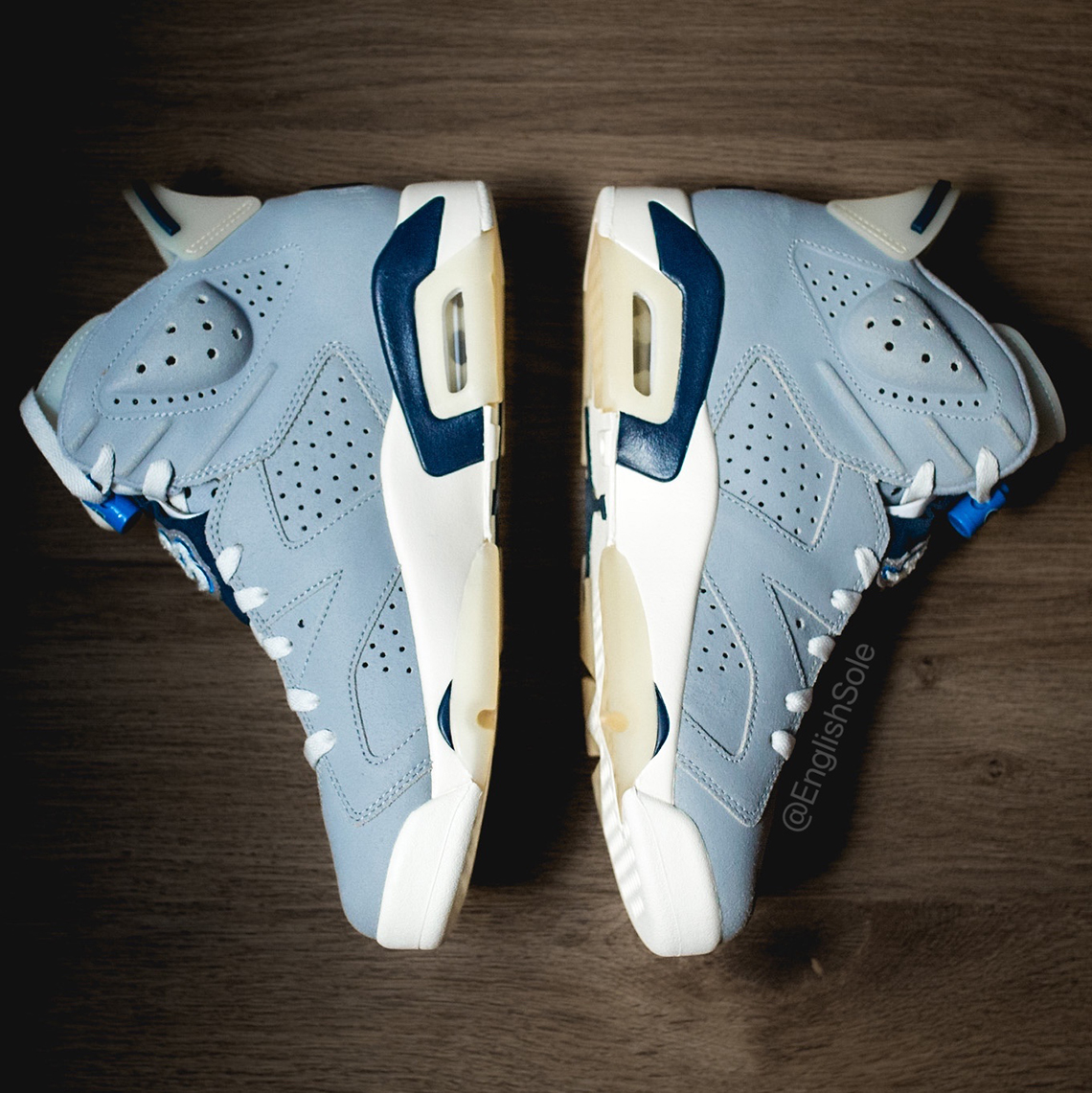 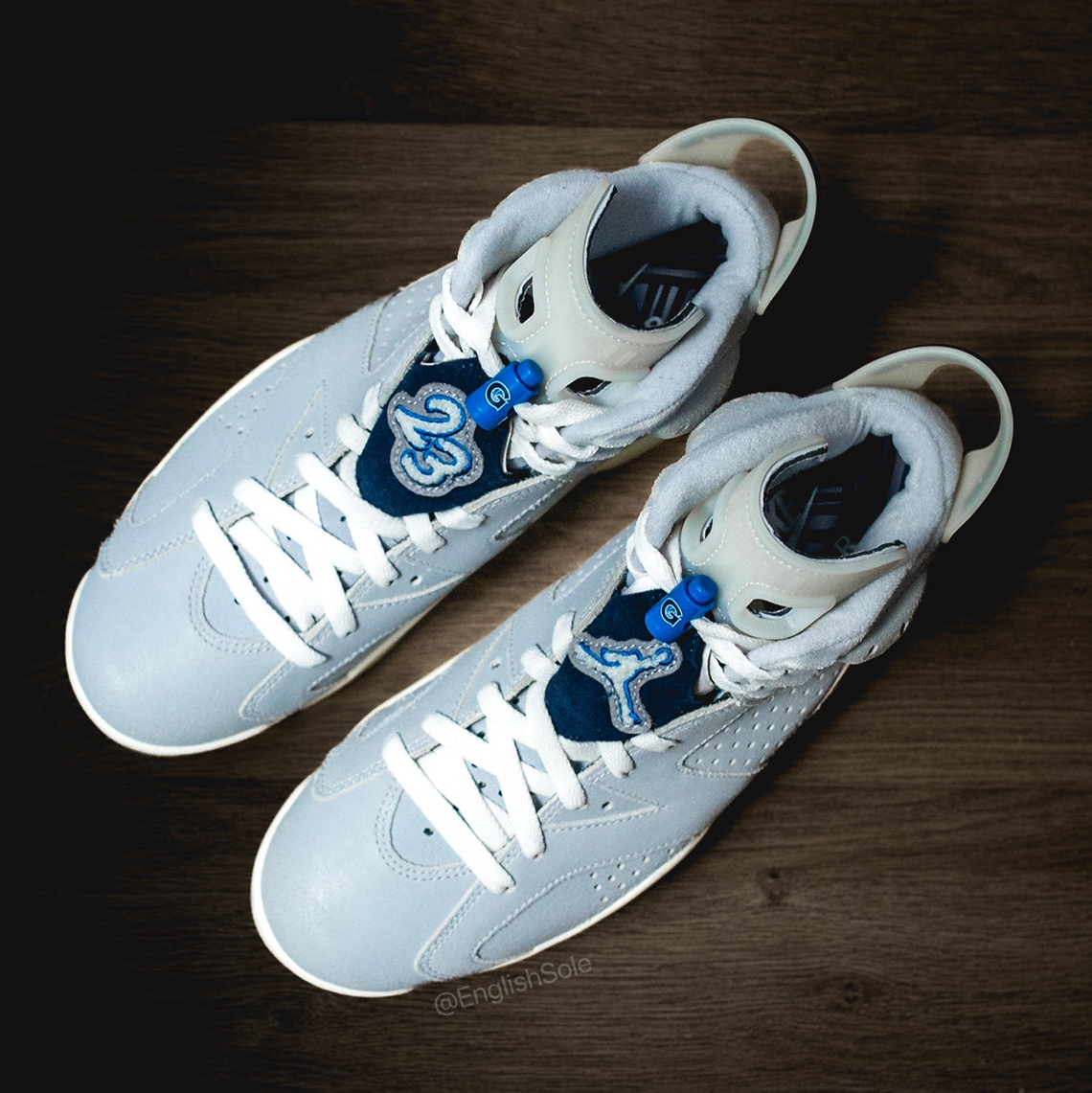 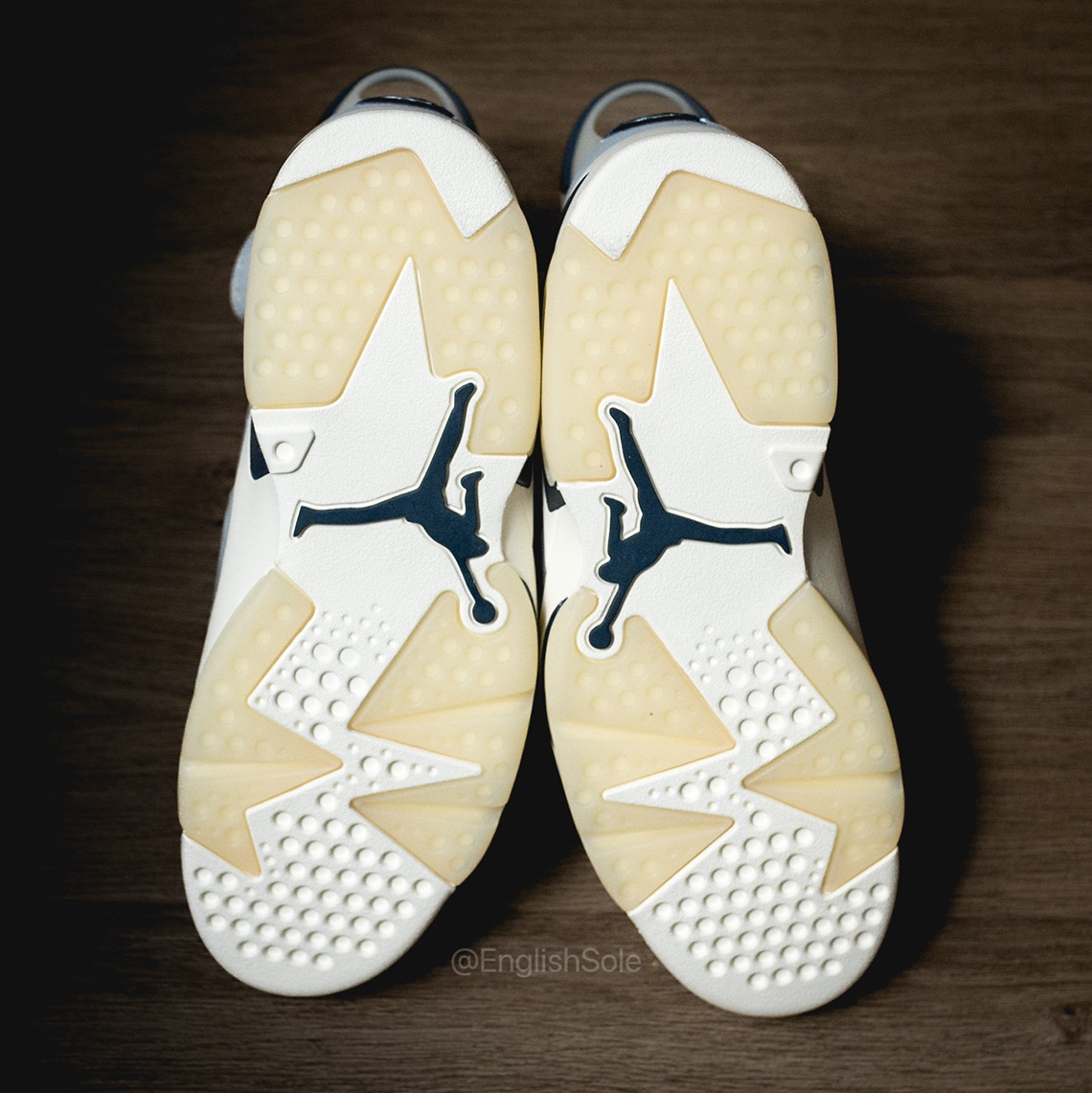 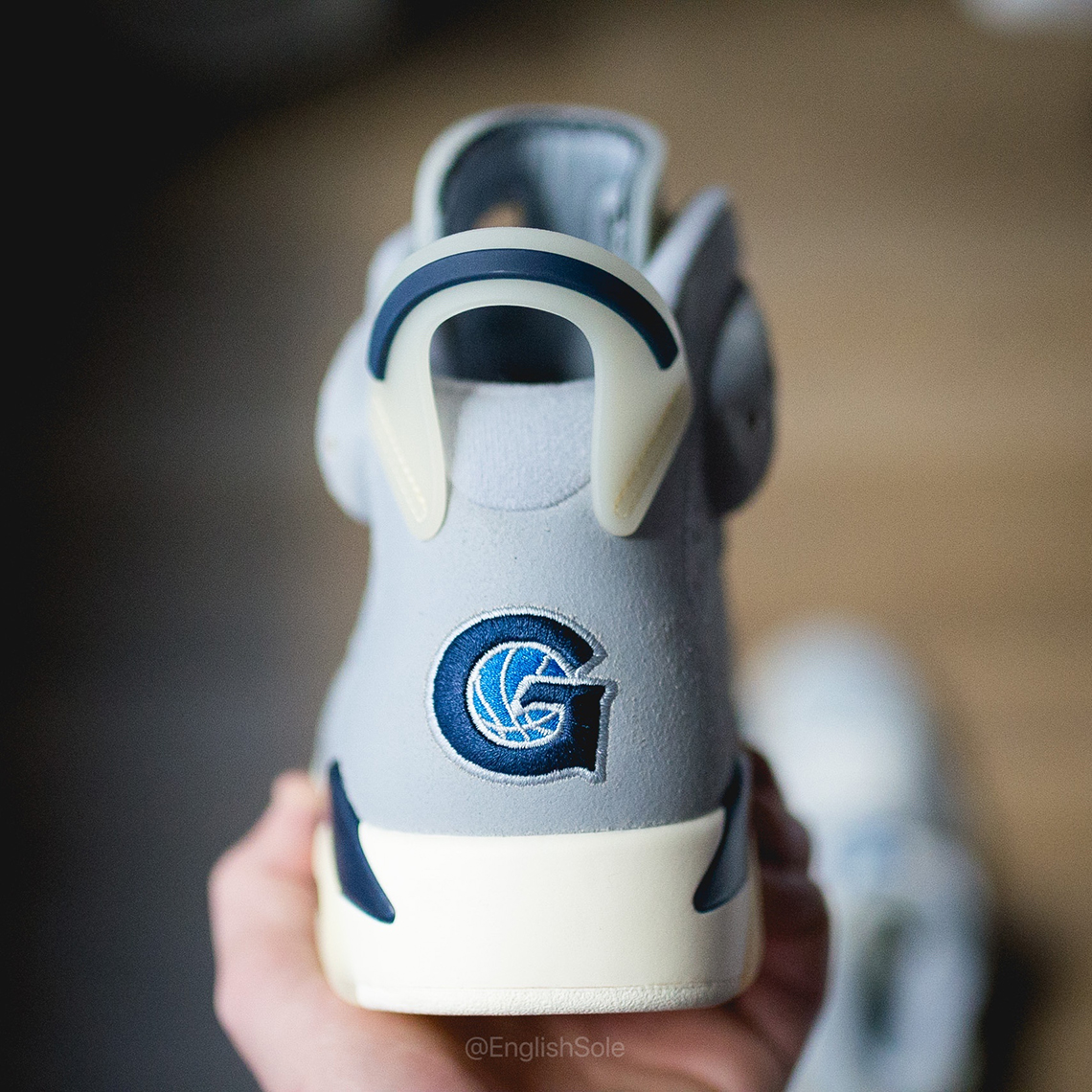 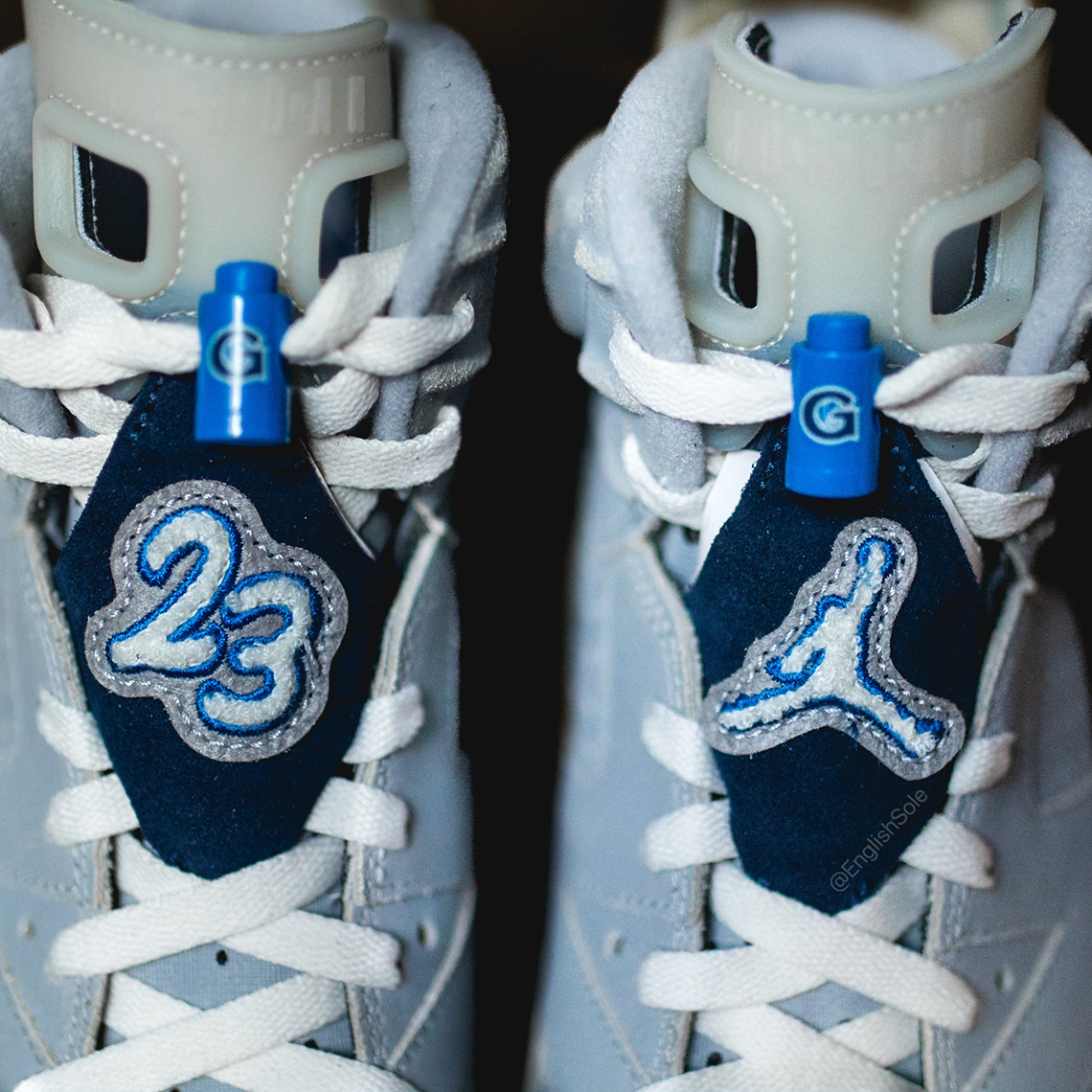 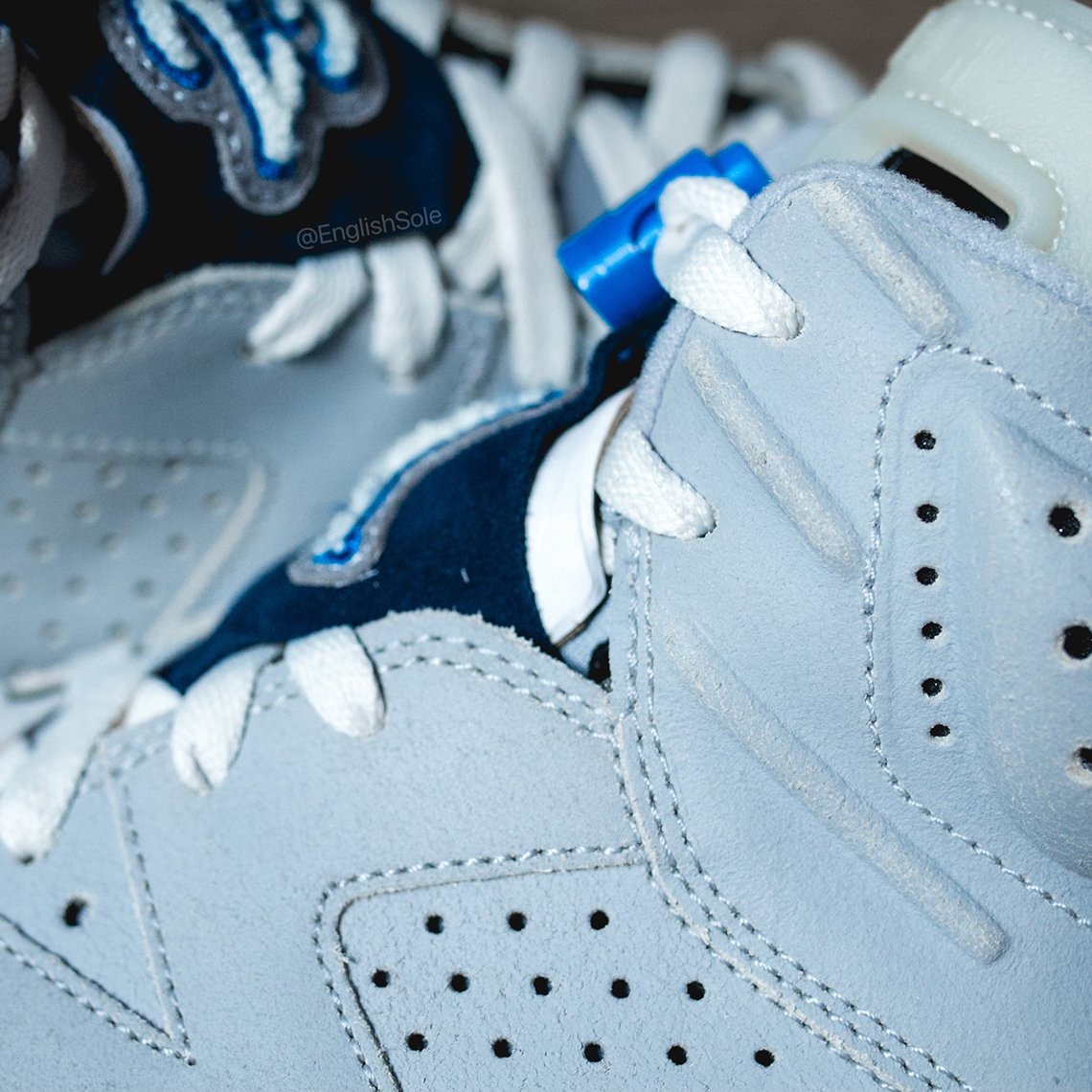 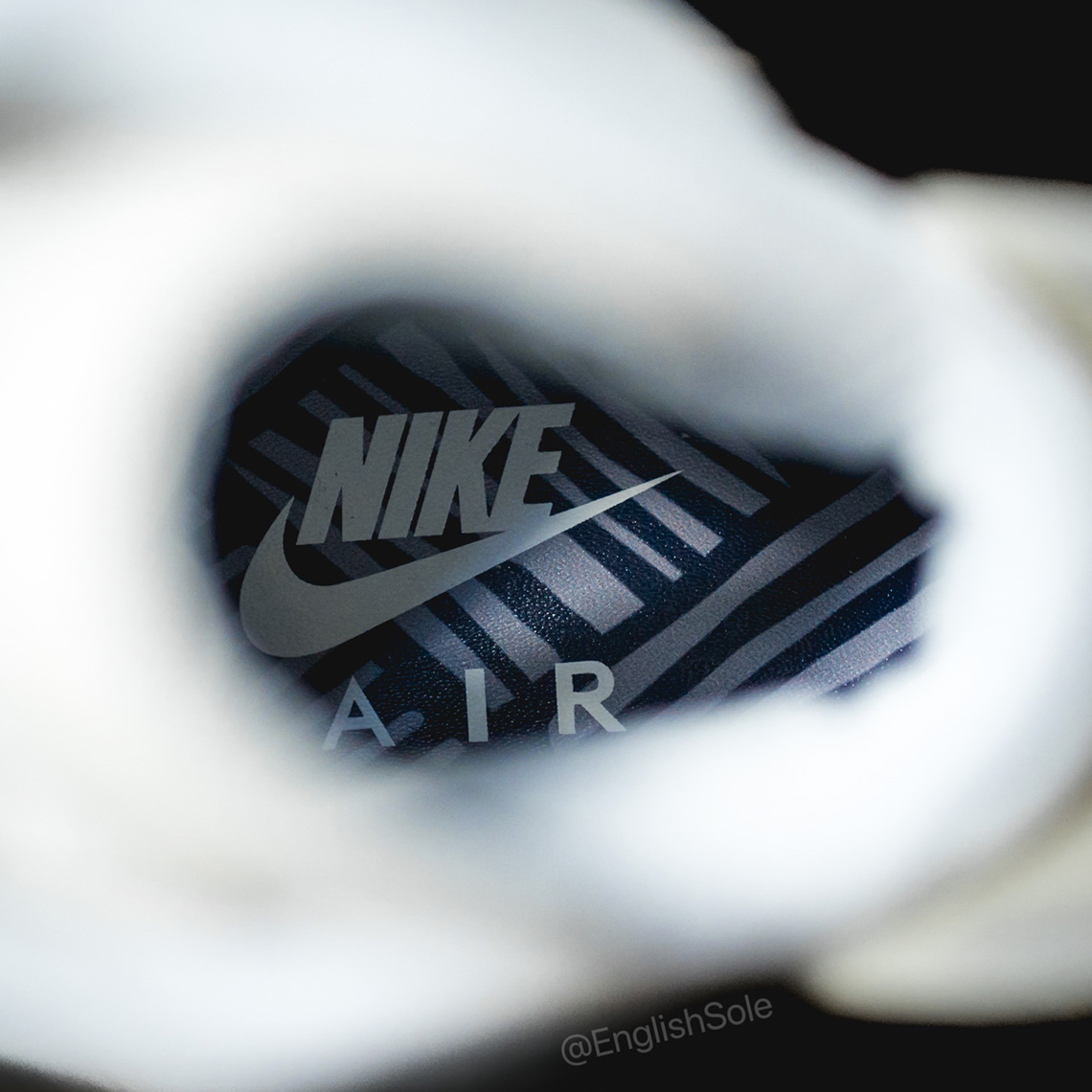 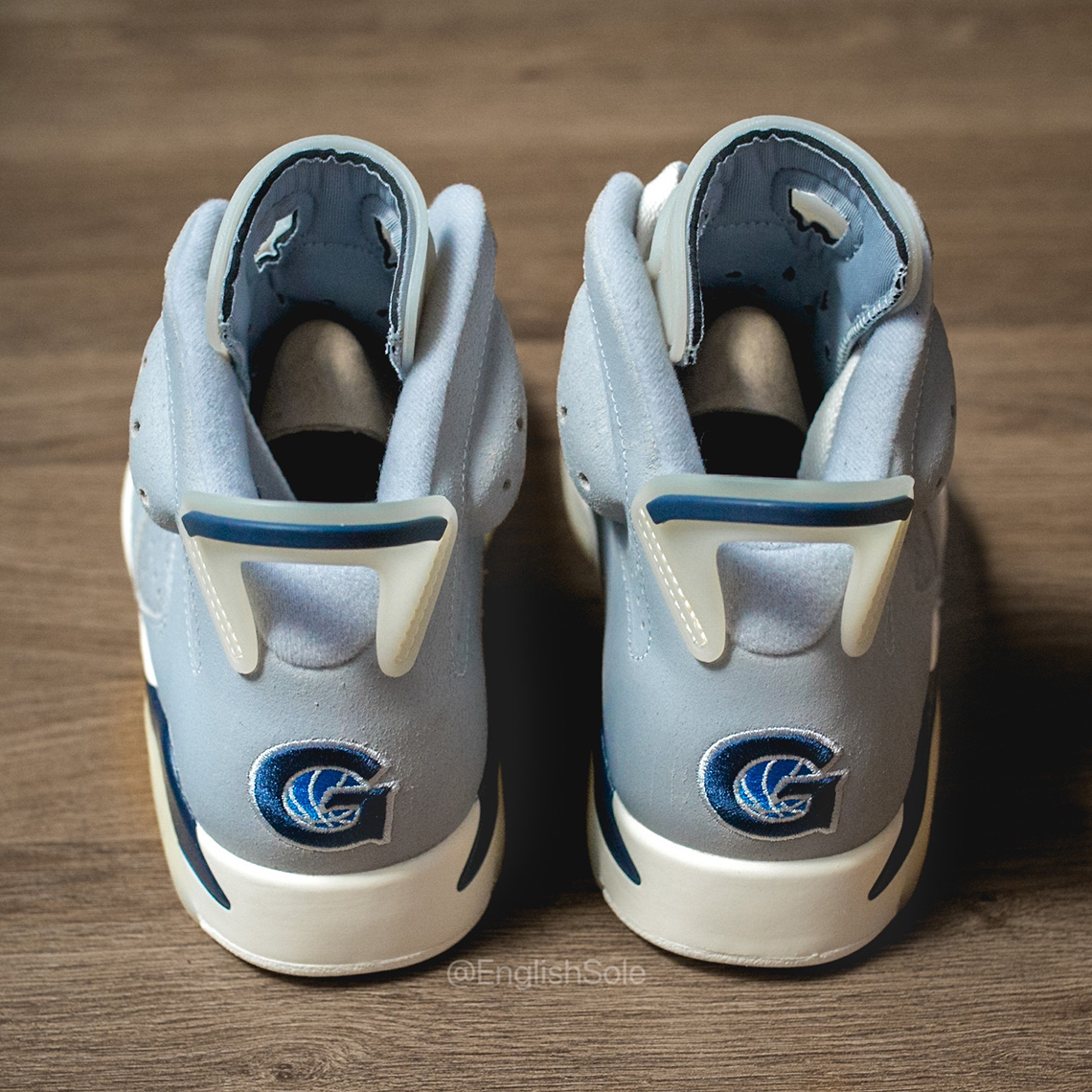