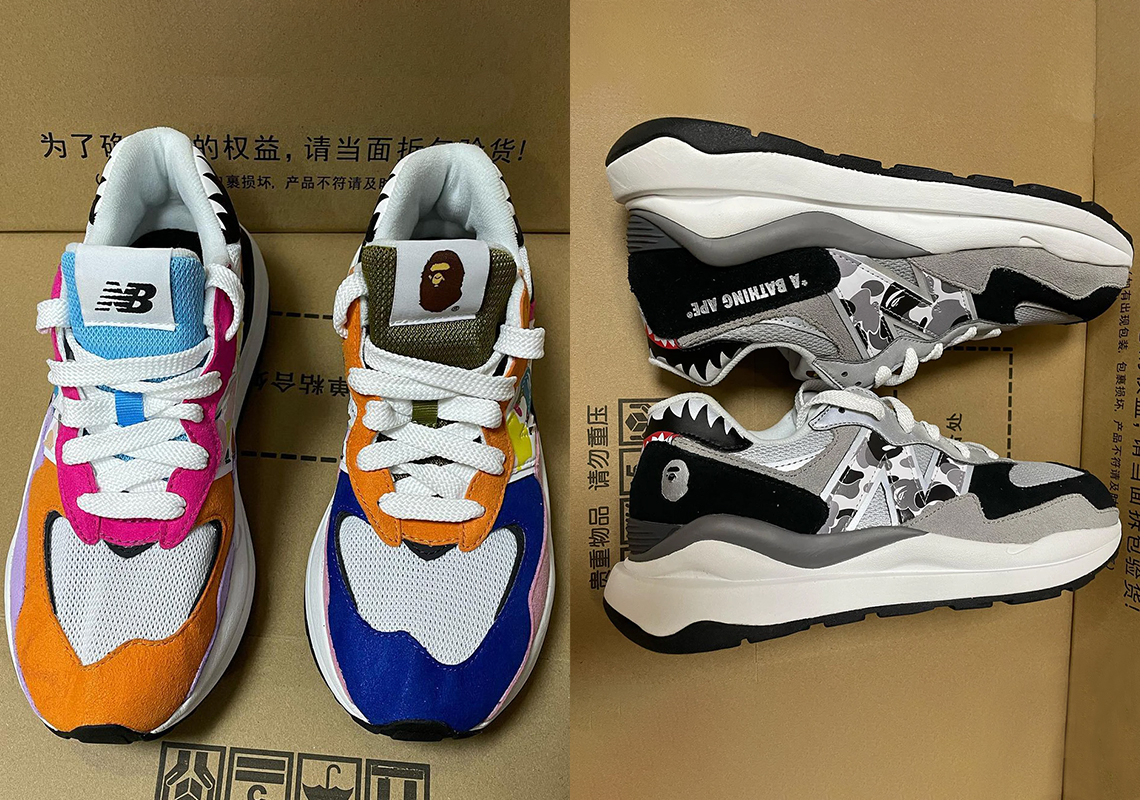 A little under a year ago, A BATHING APE teamed up with New Balance for two iterations of the 2002R. Complete with a series of accompanying apparel, the collection highlighted the aforementioned silhouette in the Japanese label’s signature motifs, such as their beloved camo print and shark graphics. Soon, as revealed earlier this week, all of these details will return via two 57/40s.

Aside from their colorways, the two upcoming pairs share many of the same design elements. For starters, the shark teeth are laid across the heel, placed between the iconic Ape head and “A BATHING APE” branding. Forward, the “N” logo is covered with an ABC camo, whose pattern is far less busy relative to what’s found on BAPE’s mainline offerings.

Similar to the 2002R, the 57/40 will arrive in a greyscale palette. The suedes alternate between black and grey, while white highlights the fixtures adjacent, such as the lace unit, lining, and midsole. The multi-color iteration is a stark departure, by comparison, as it dresses a predominantly neutral base with shades of pink, orange, blue, and the like.

For an early look at the A BATHING APE x New Balance 57/40, see below. Currently, no firm release date has been rumored, but we should learn more within the next few months. 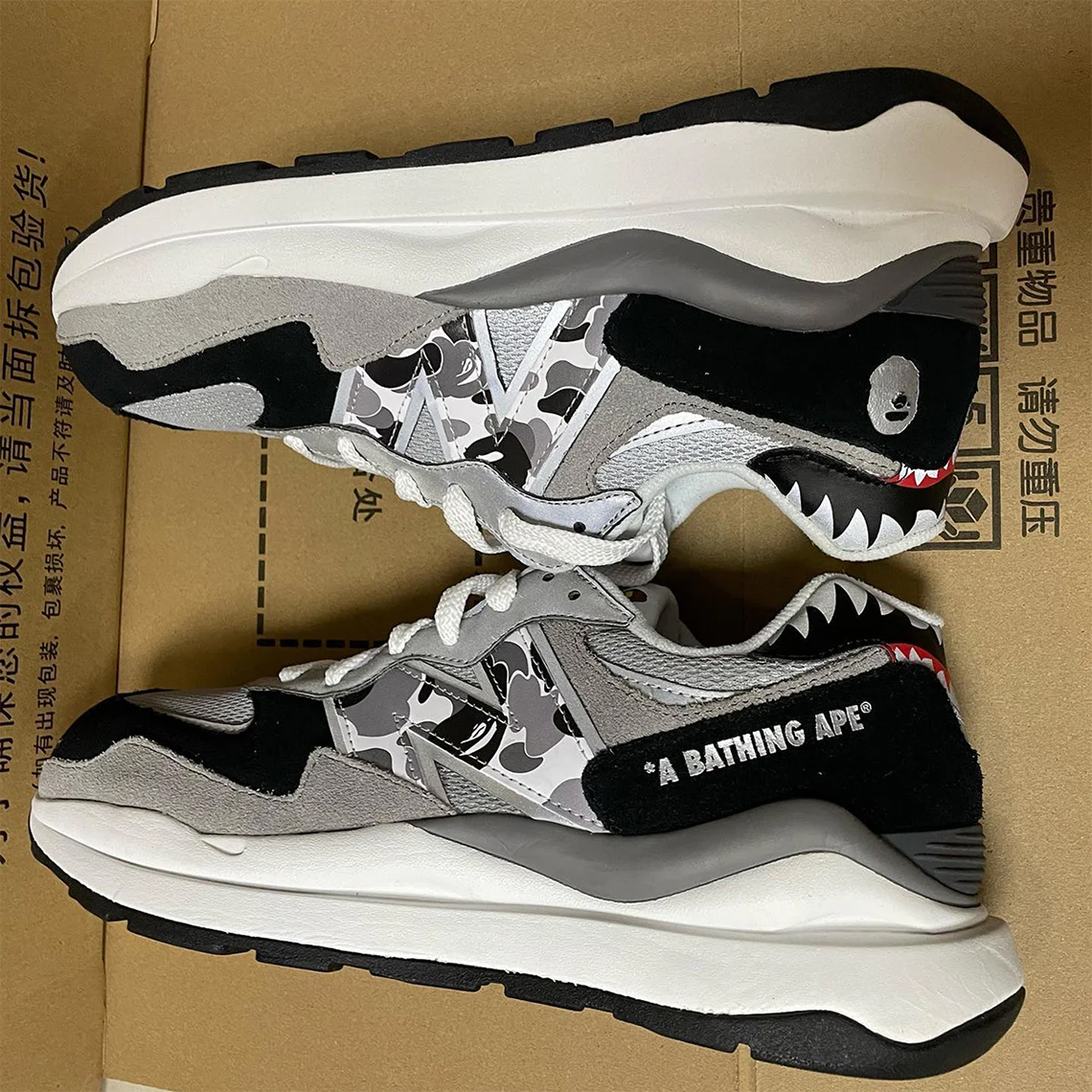 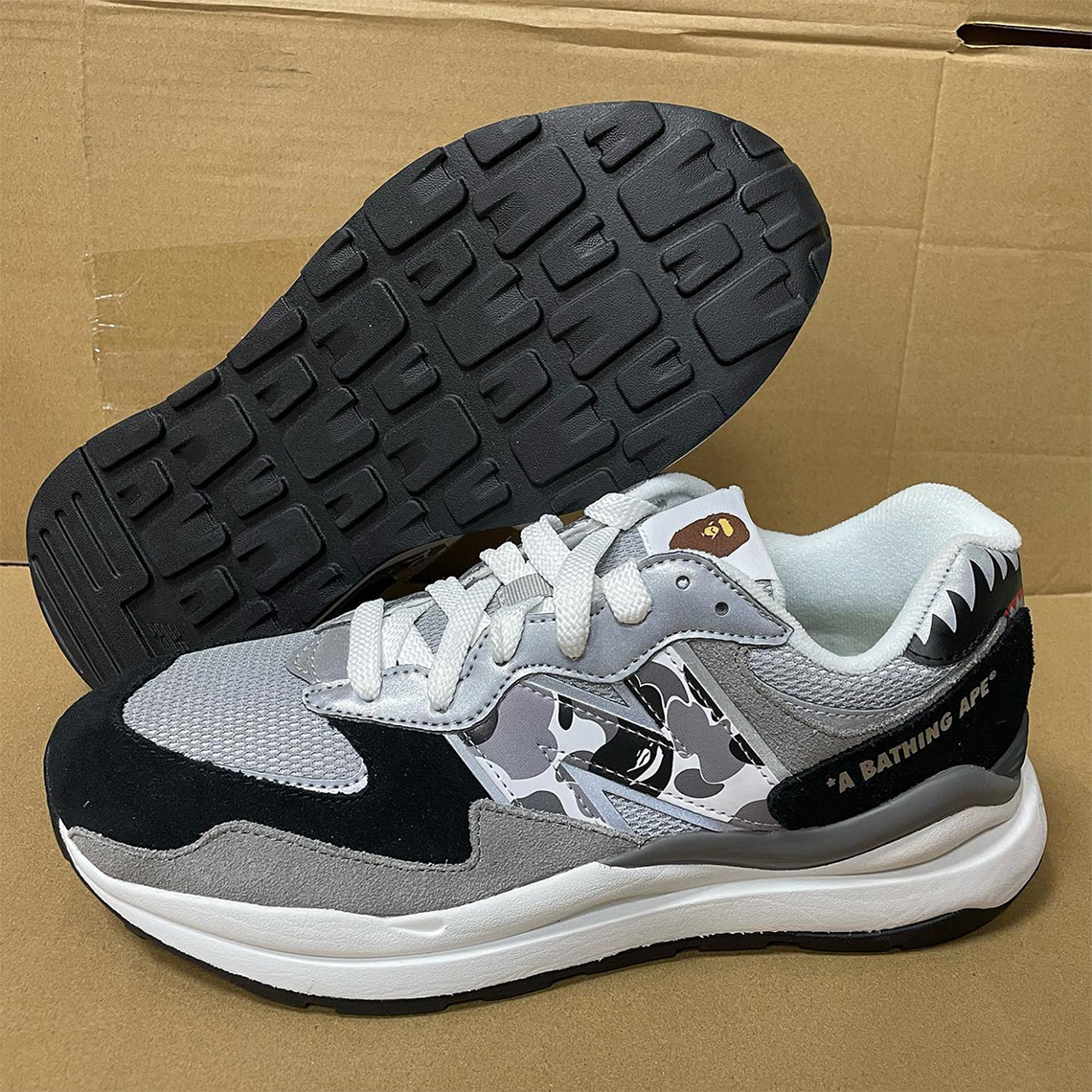 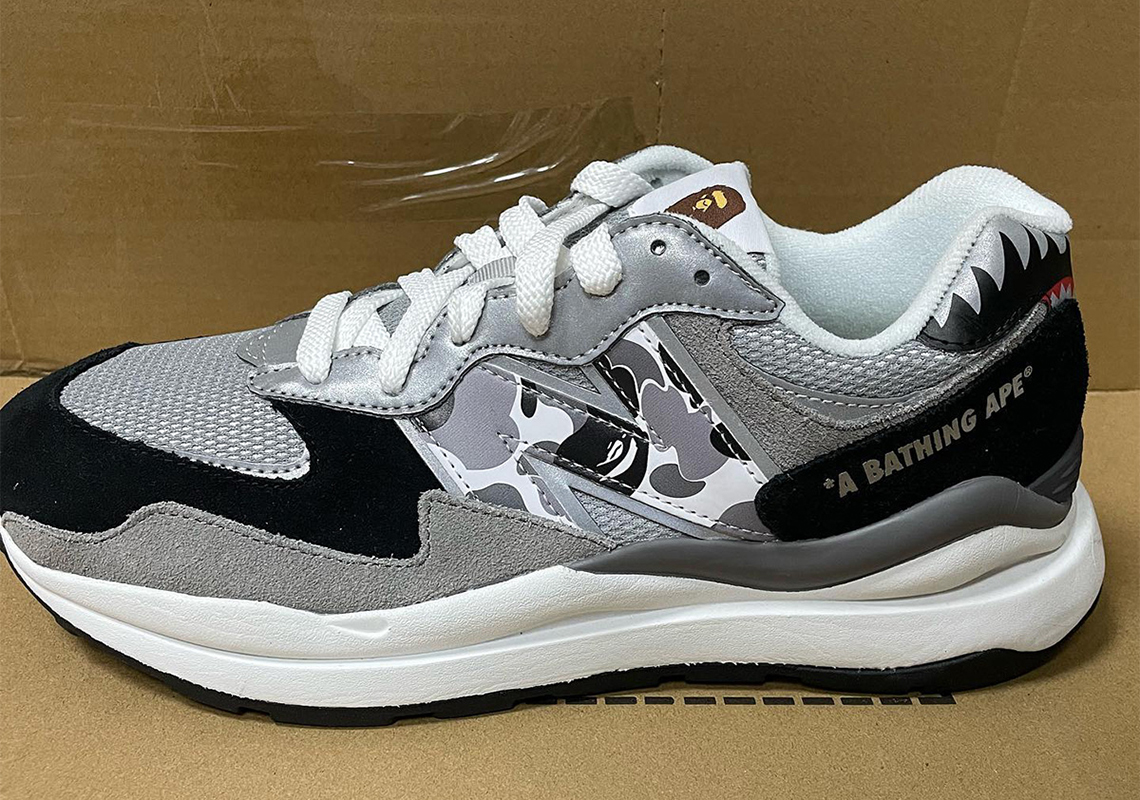 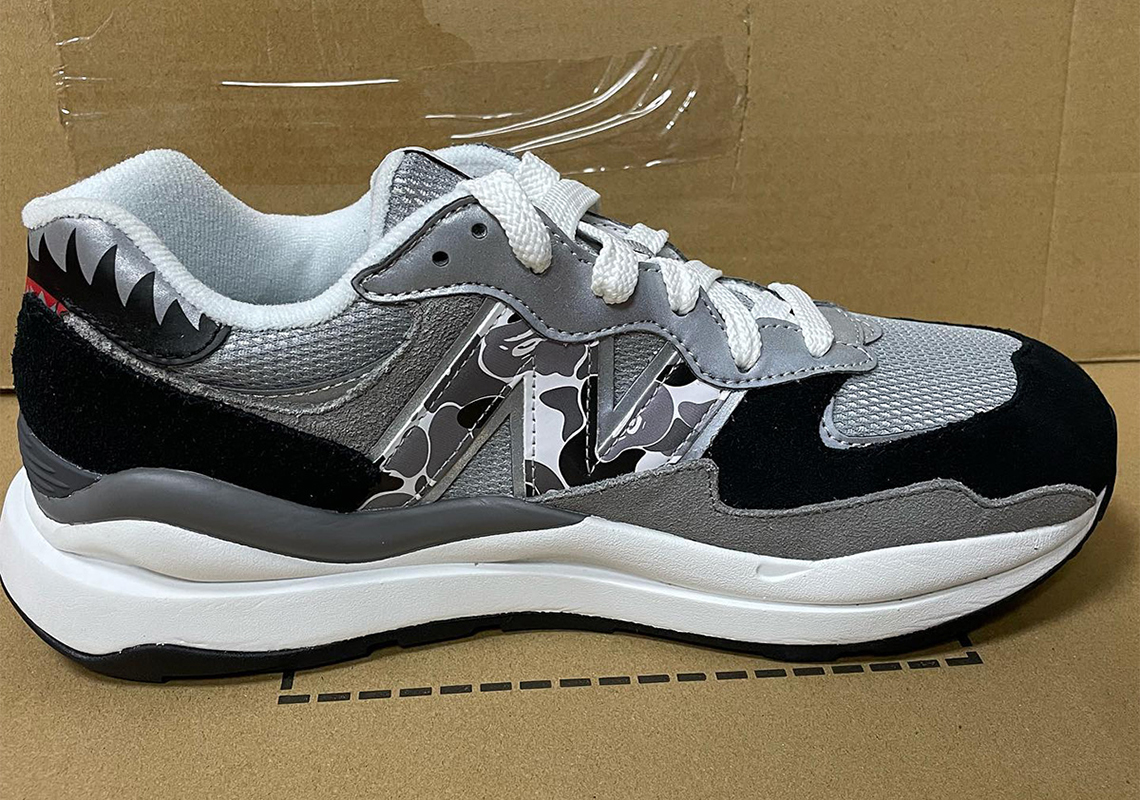 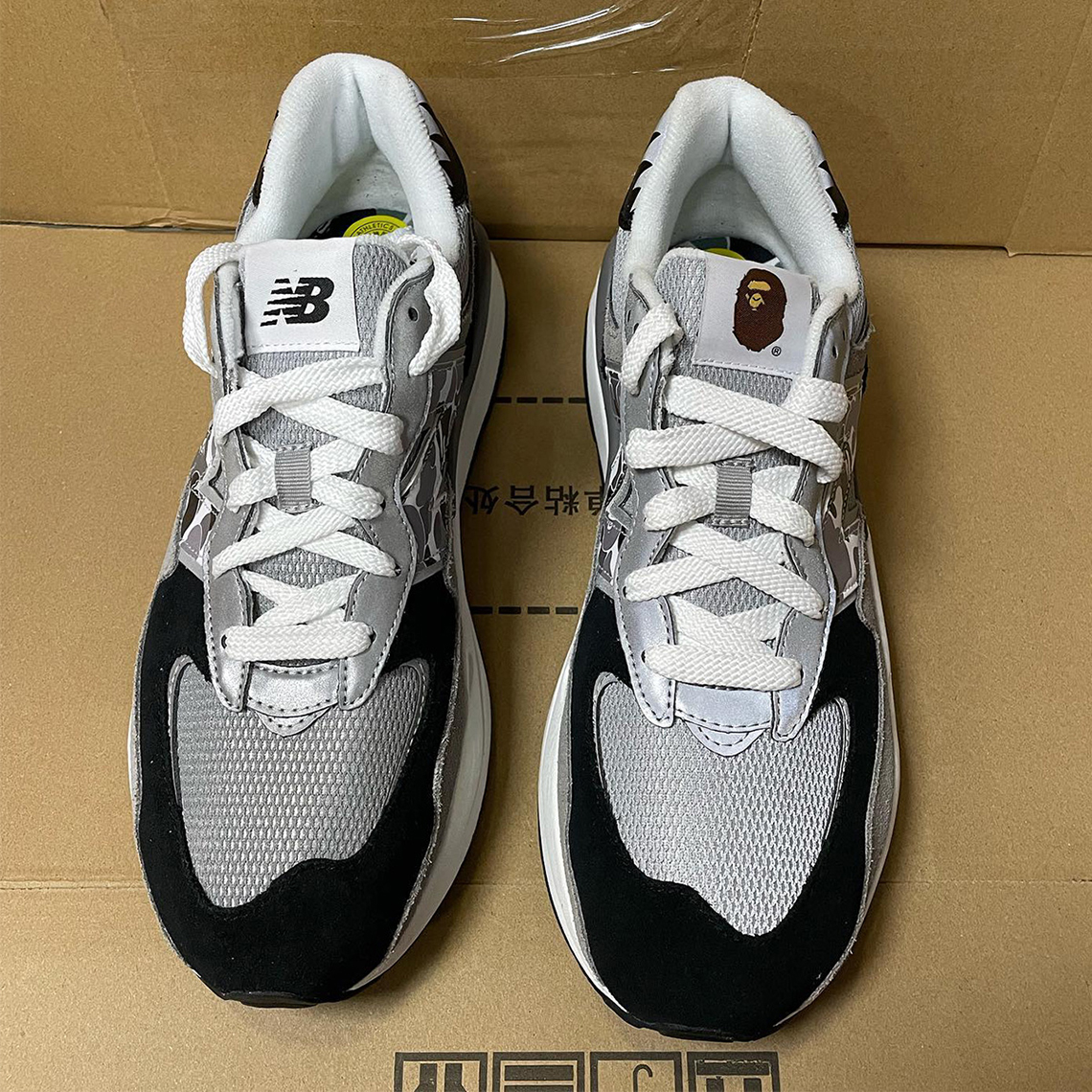 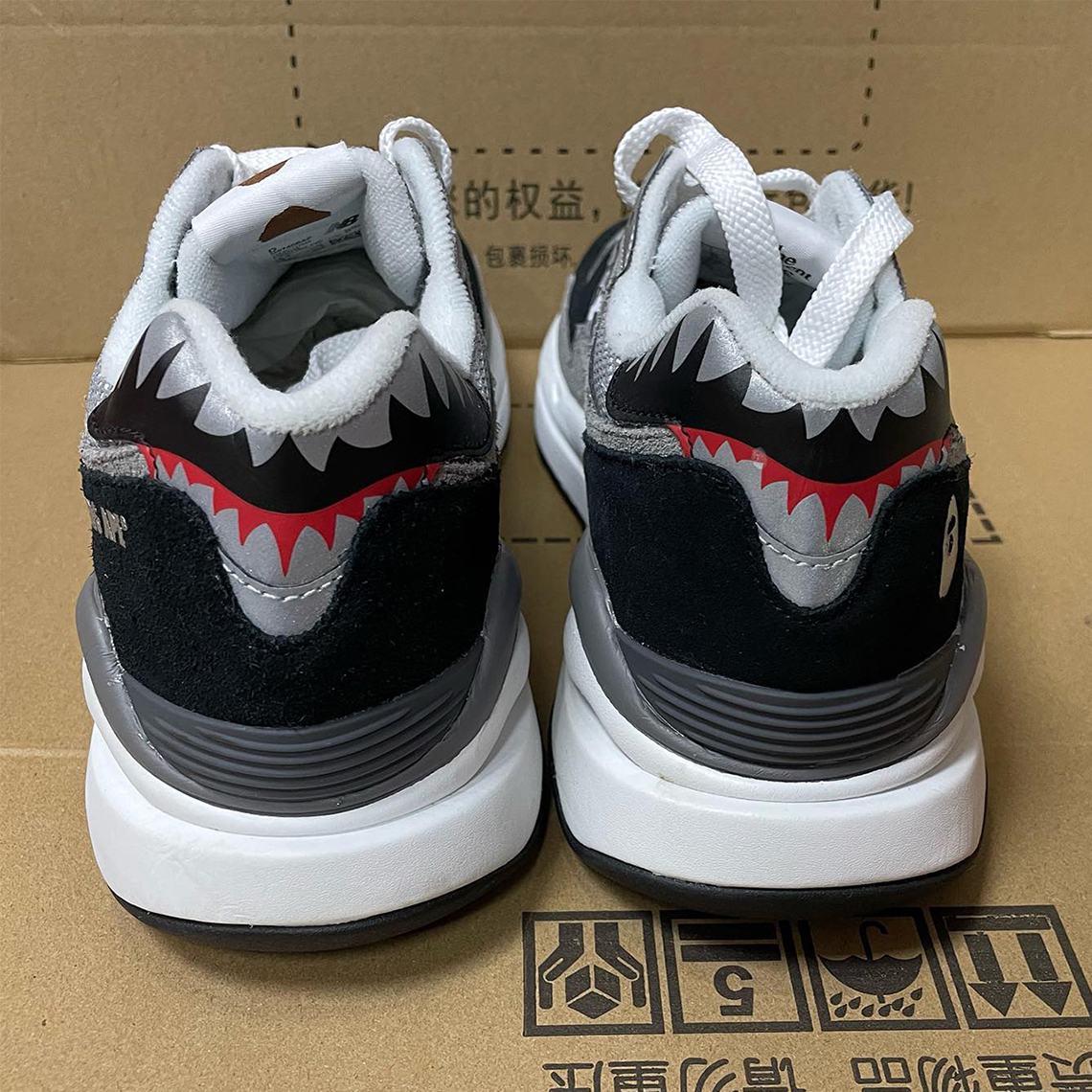 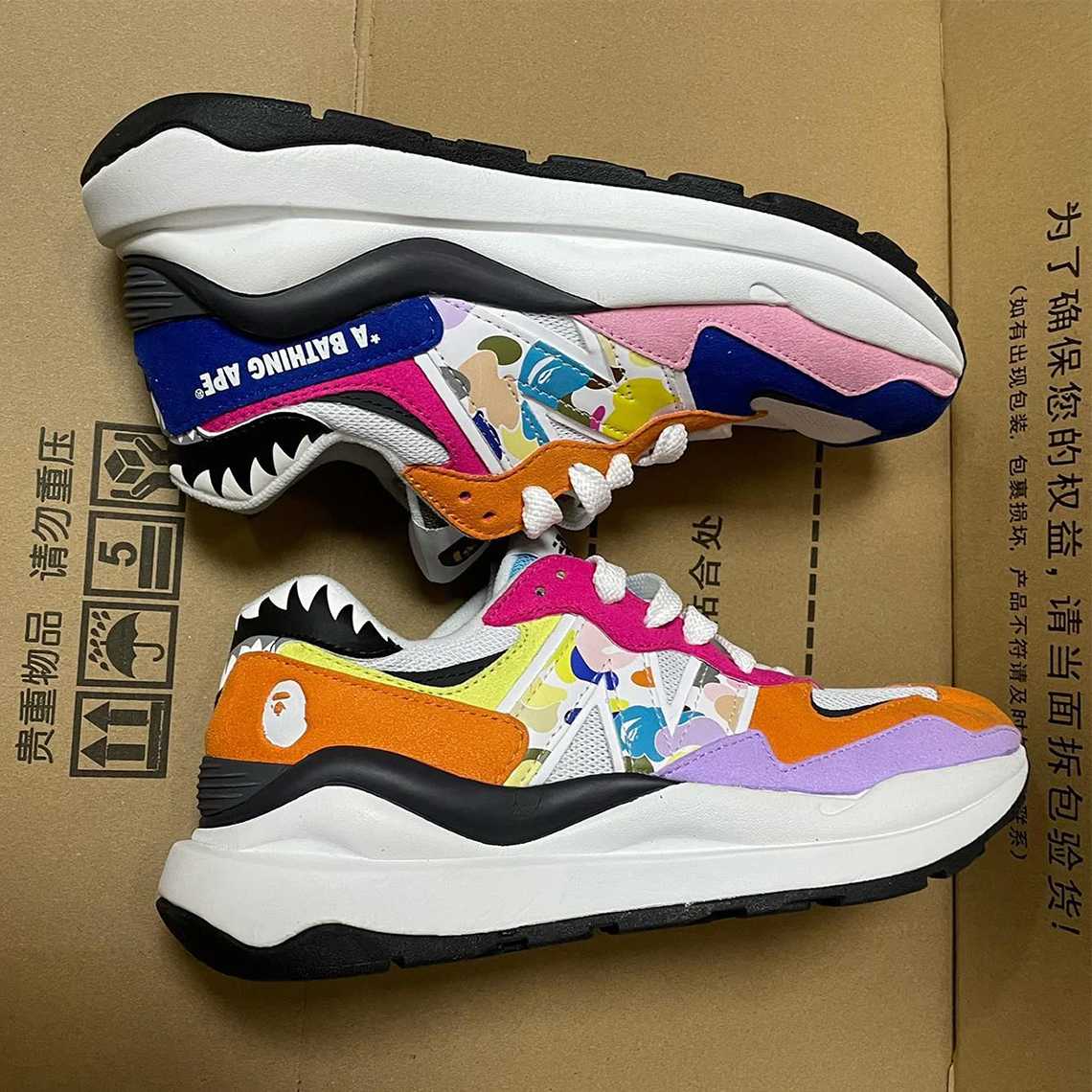 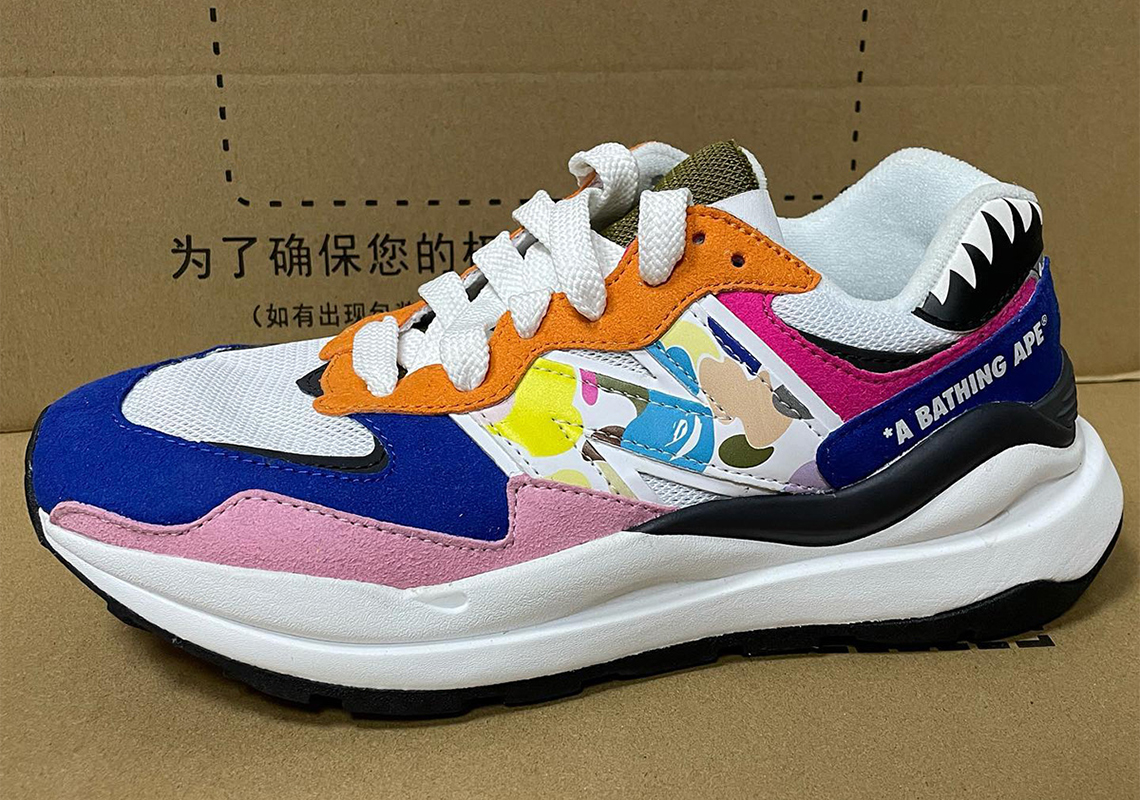 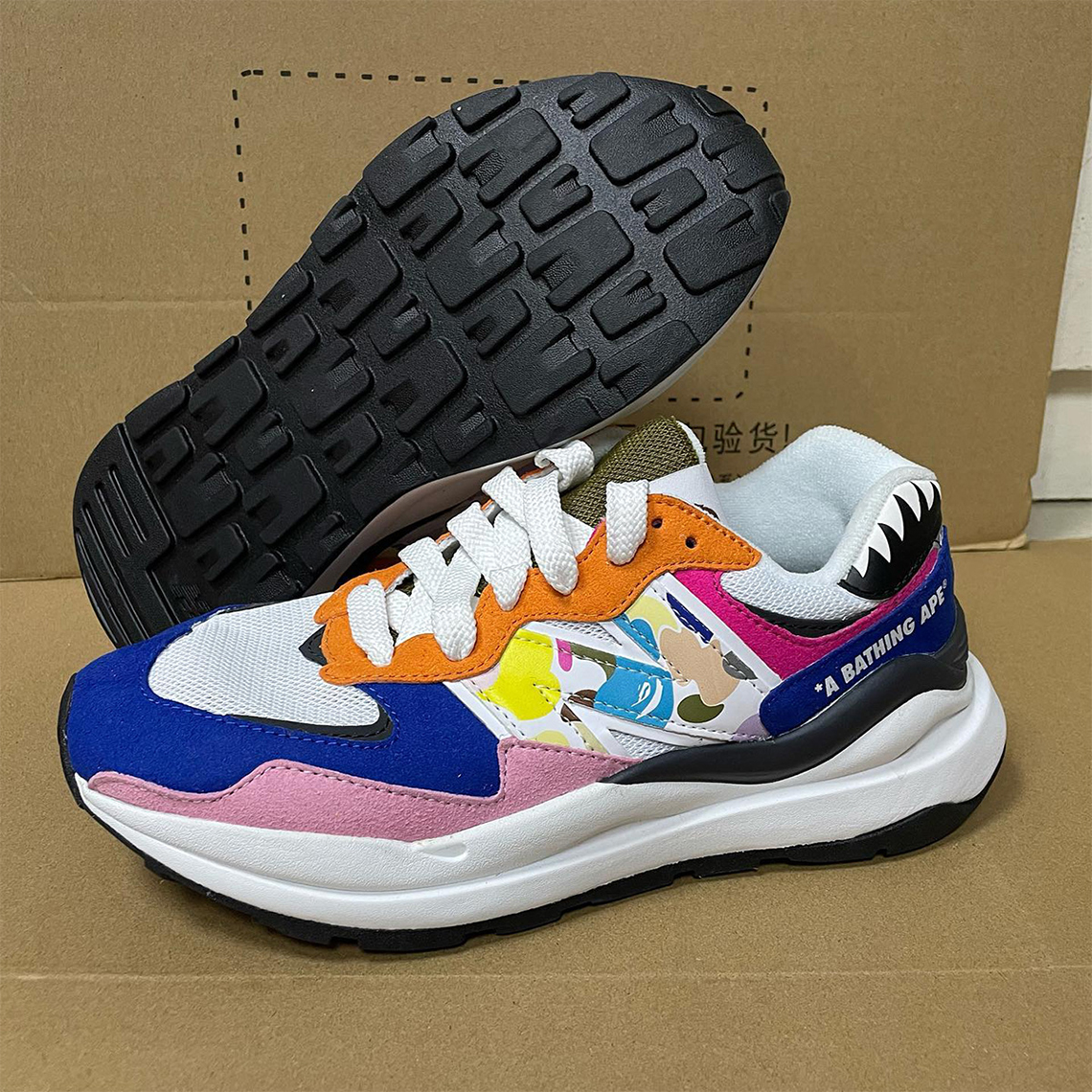 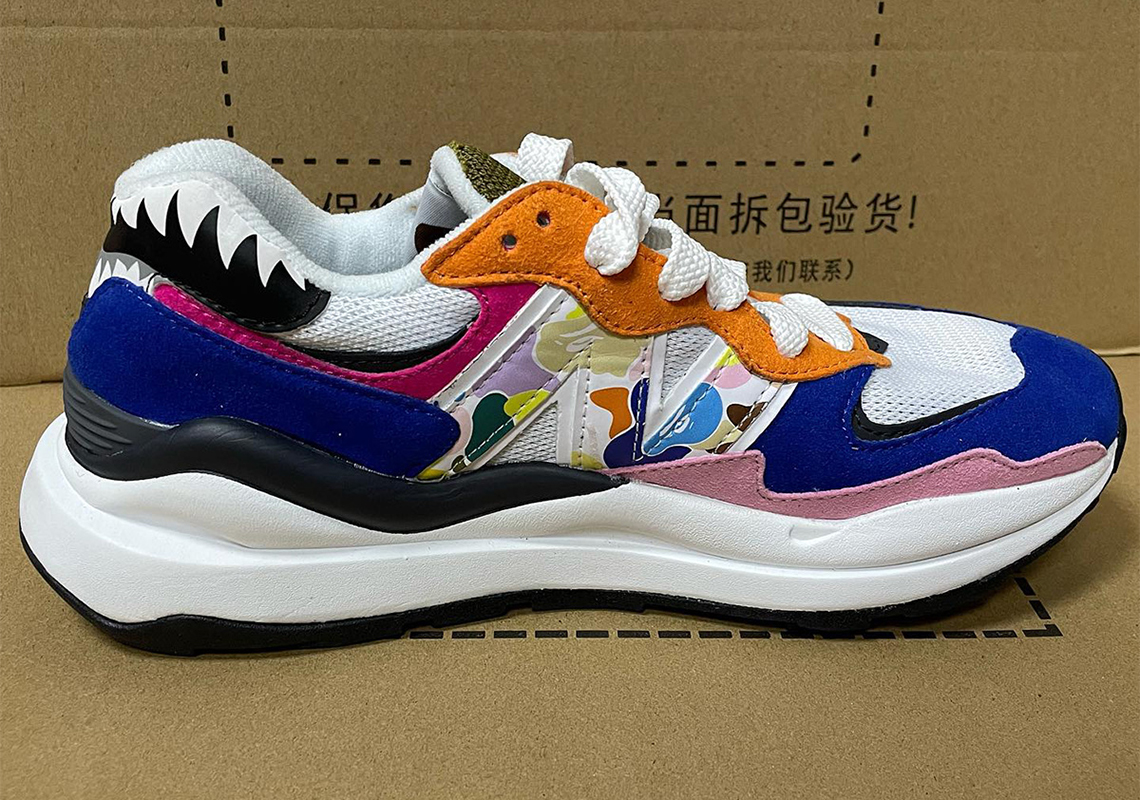 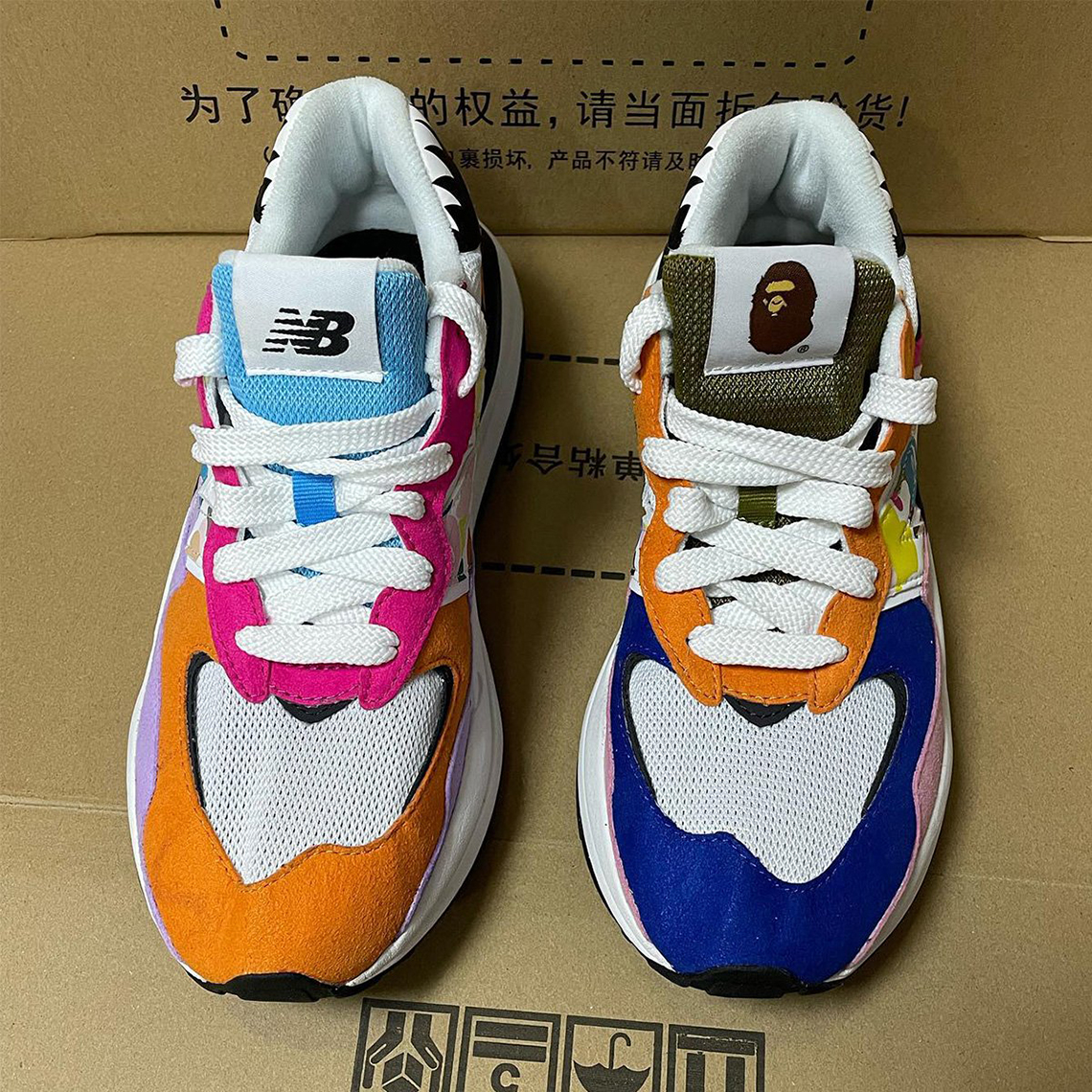 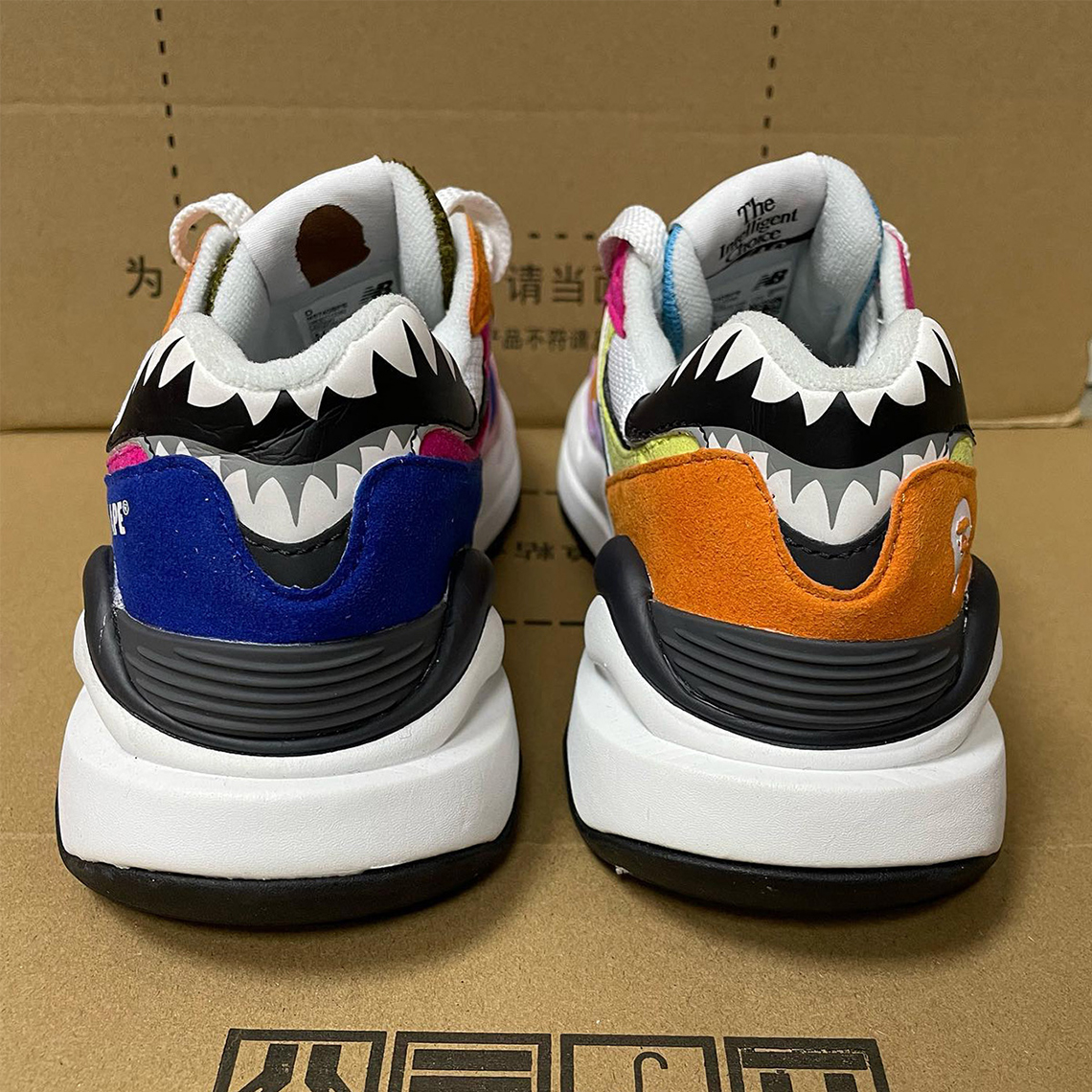