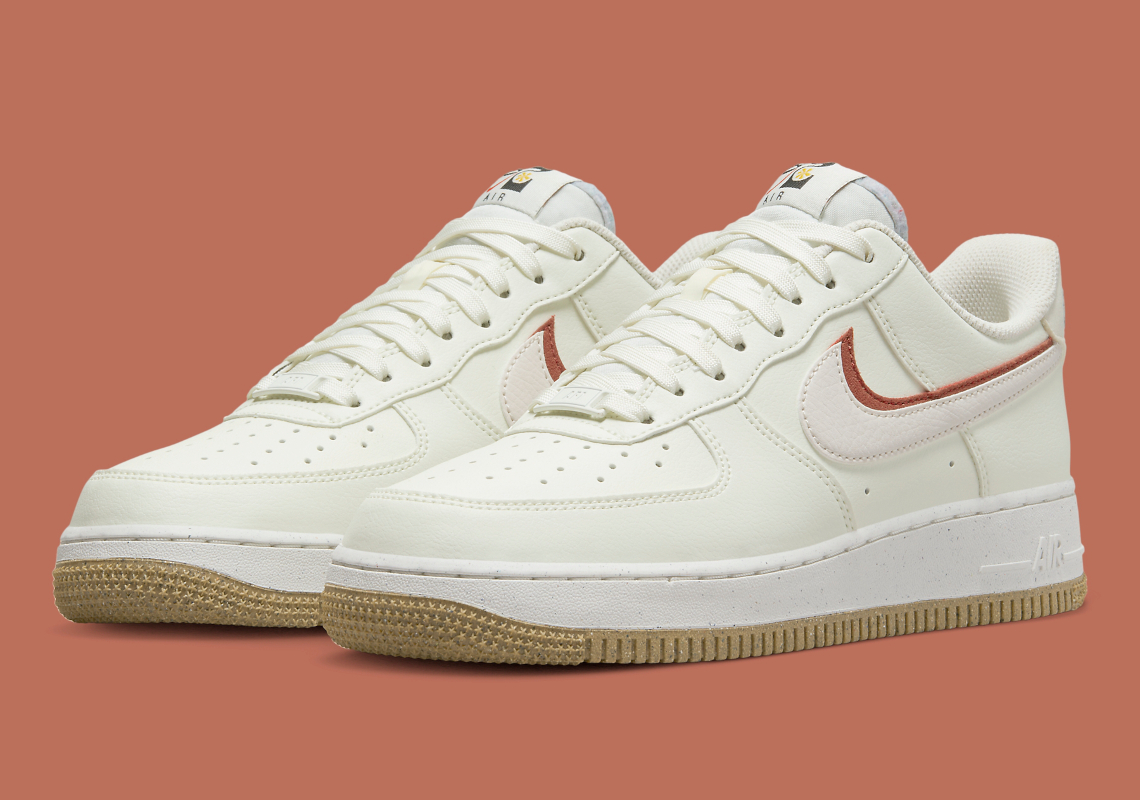 The Nike Air Force 1 Low has been an integral part in the brand’s ascension to sportswear stardom over the last few decades. As Bruce Kilgore’s original design celebrates its 40th anniversary, the low-top-variant – which debuted a year later in 1983 – continues to expand an already-expansive roster of styles.

Unofficially dubbed the “82” theme, a pair recently surfaced with up-cycled materials and nods to the sneaker’s inaugural year. An off-white, “Sail”-reminiscent hue takes over much of the upper, which features dual stacked profile swooshes; a “Rust” hue animates the bottom logo and introduces suede into the mix. Elsewhere, the Air Force 1 dons non-standard branding, likely prompted by the “82” theme – which is referenced via the tongue label – and the sneaker’s Next Nature design ethos (Next Nature is a series of products that uses at least 20% recycled materials). Down below, the oft-imitated sole unit keeps things relatively simple, although the made-for-basketball tread seemingly boasts a cork build that further contributes to the pair’s eco-consciousness.

No firm Nike.com release details have been confirmed by the brand, but that’s likely to change as summer gets going. As you wait, enjoy official images of the shoes ahead.

In related sneaker news, the Air Max 97 celebrates its 25th anniversary throughout 2022. 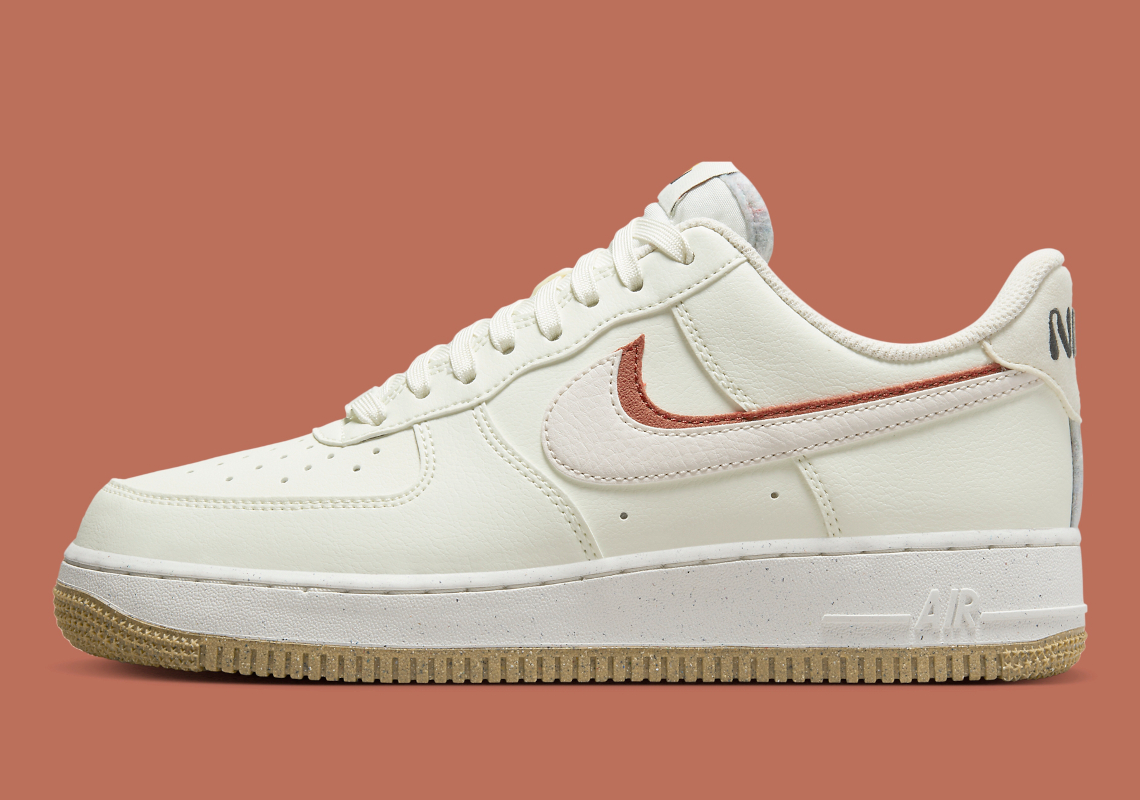 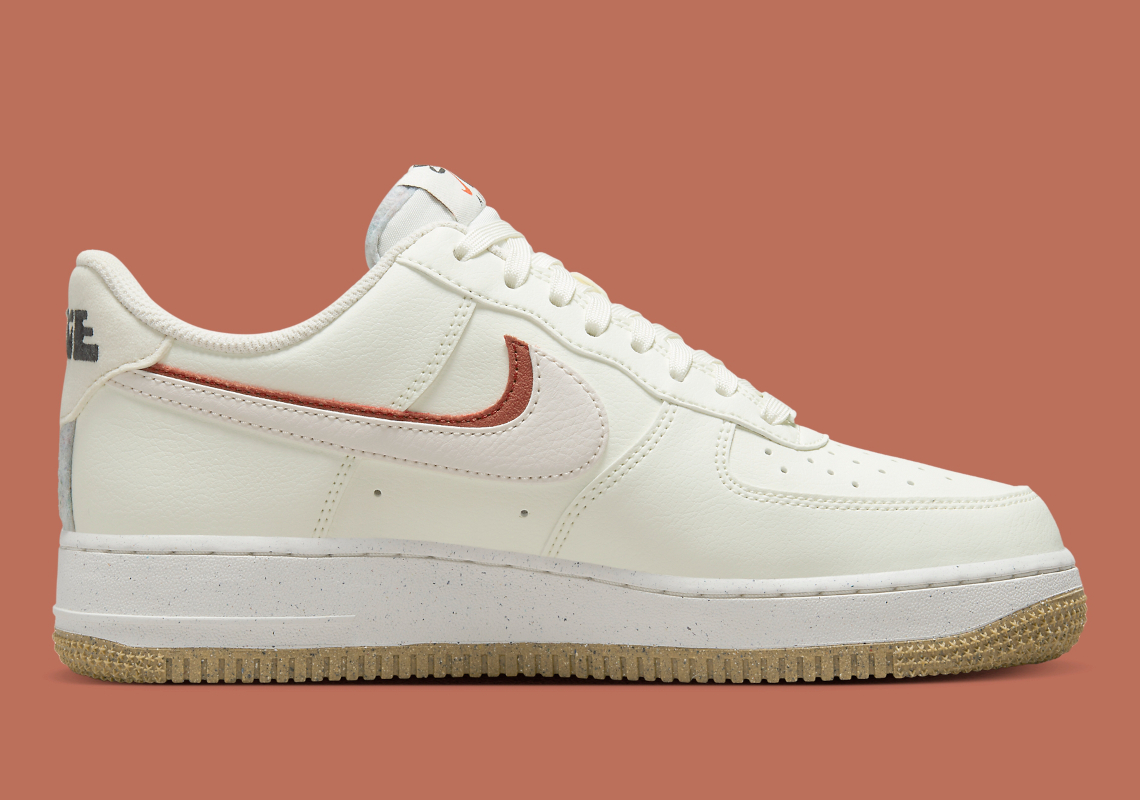 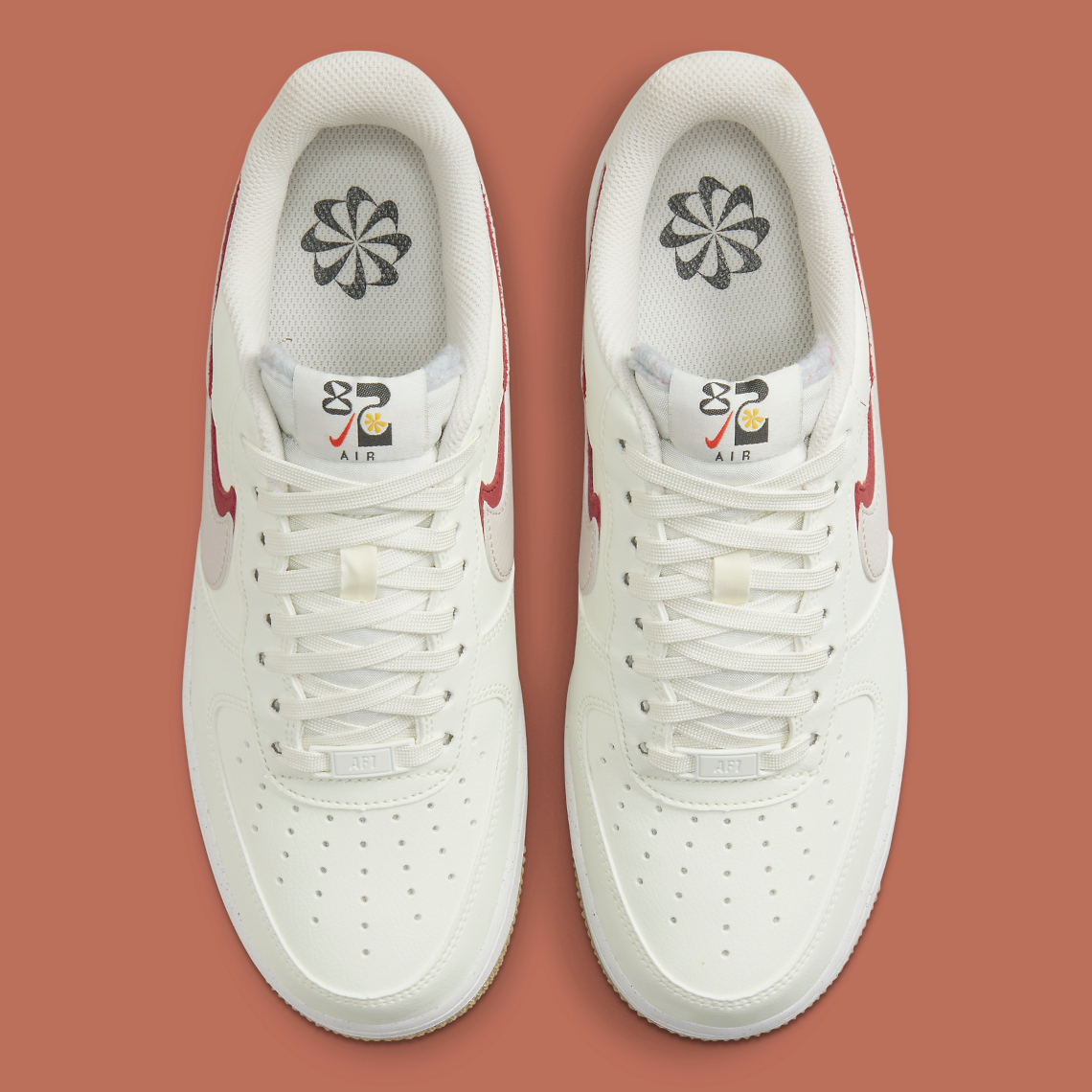 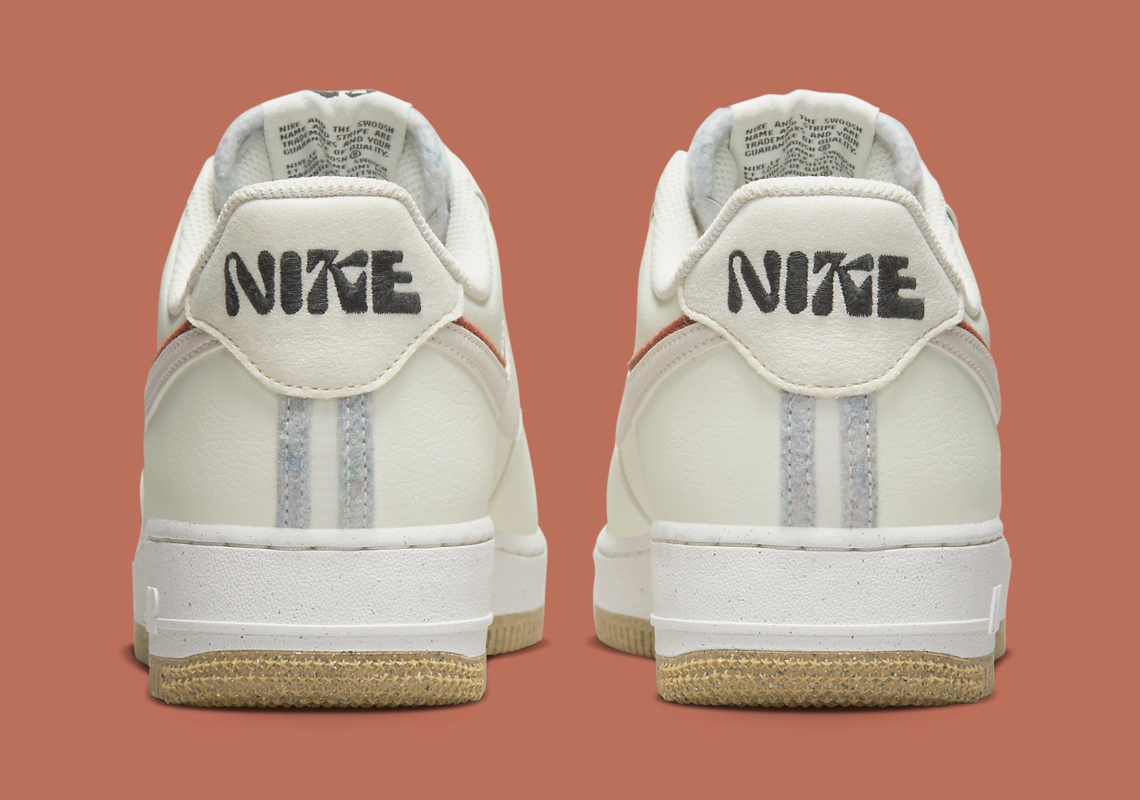 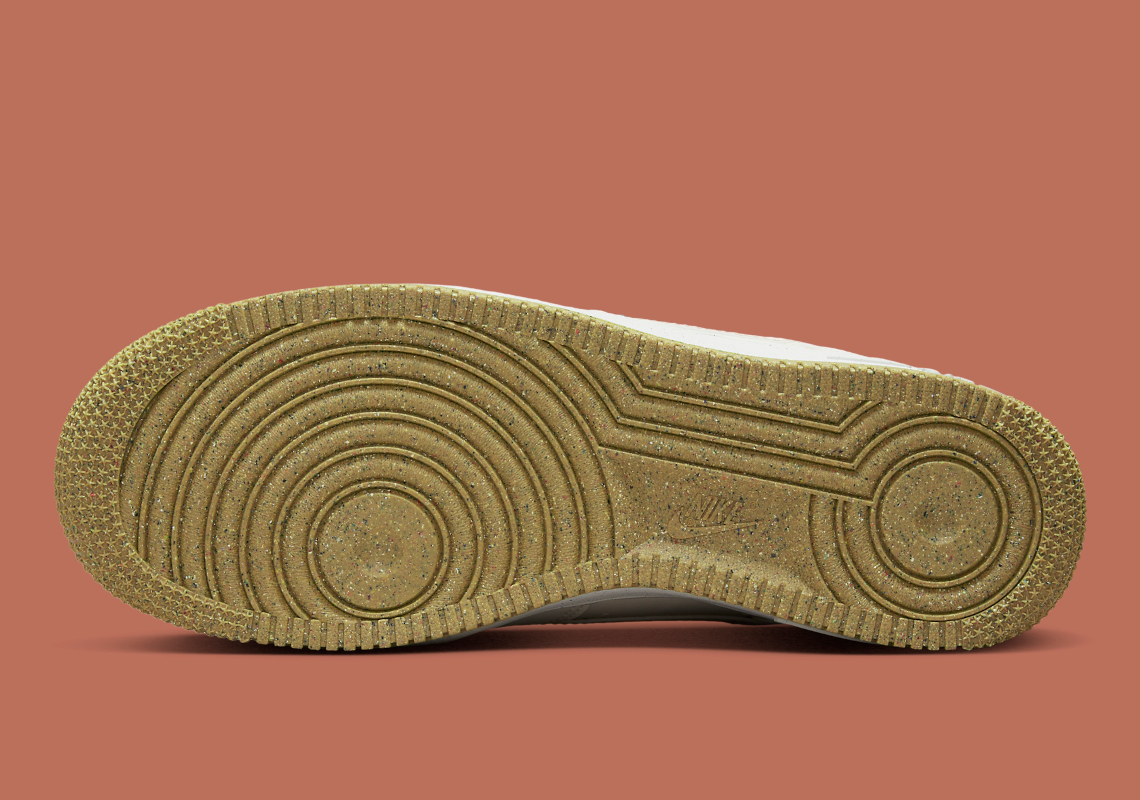 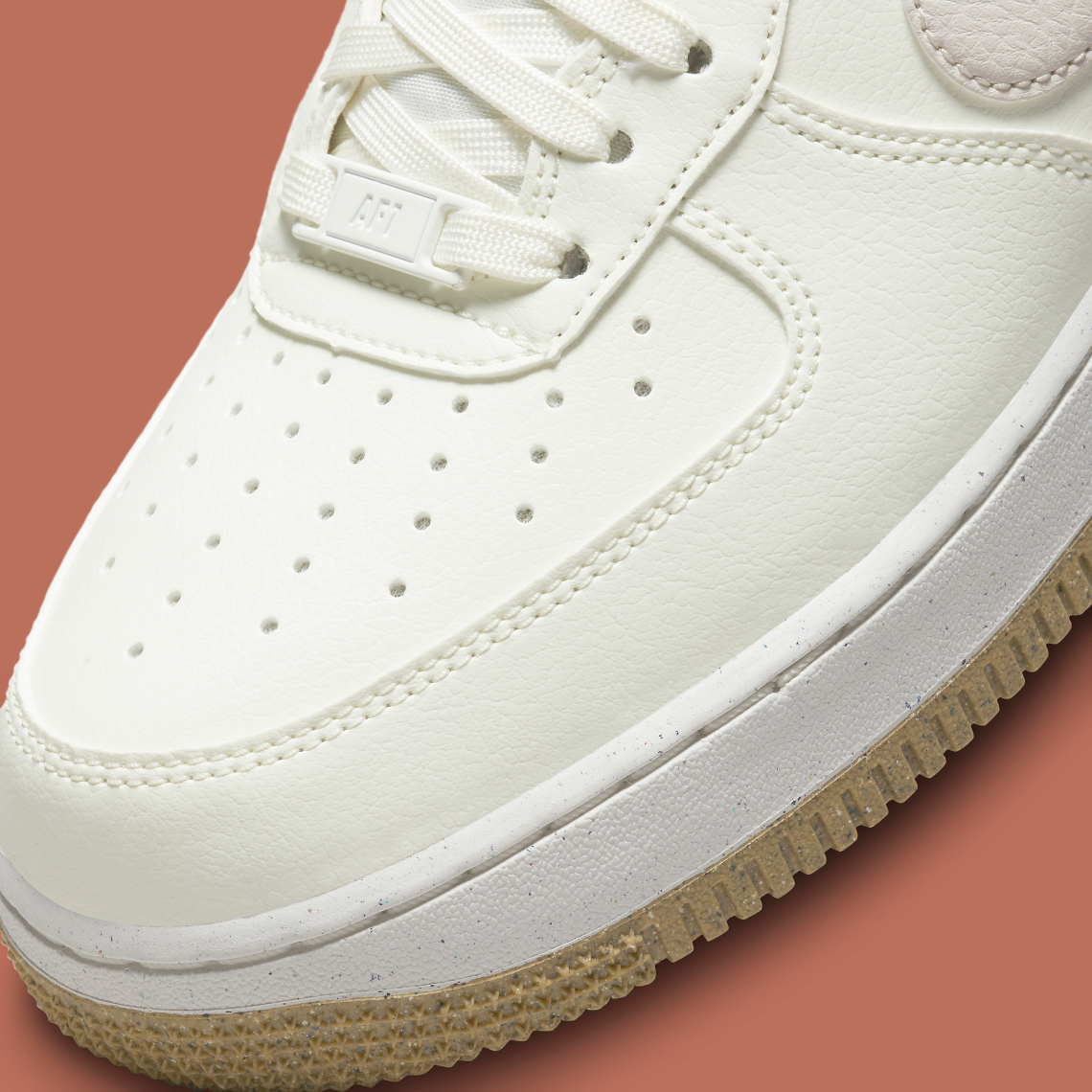 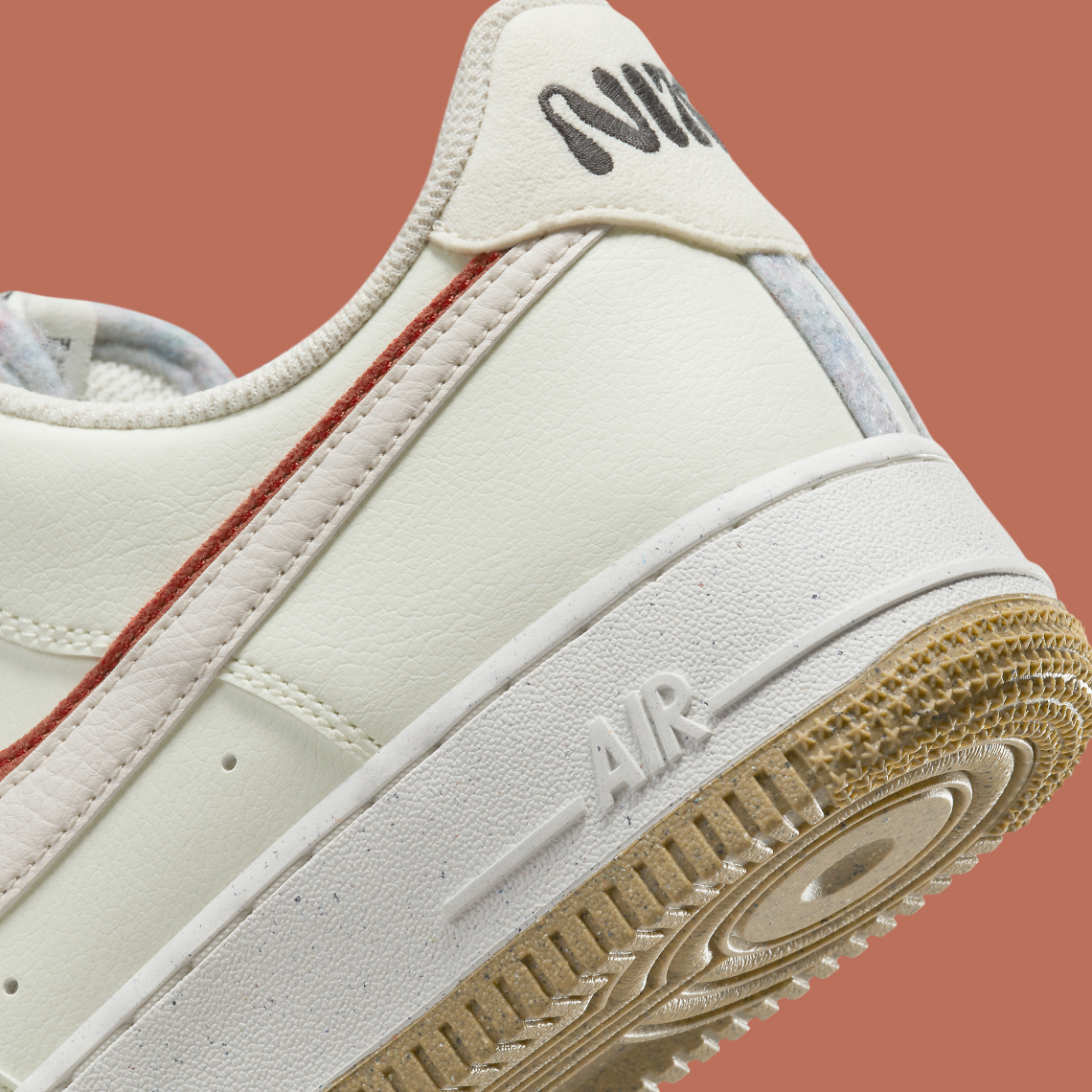 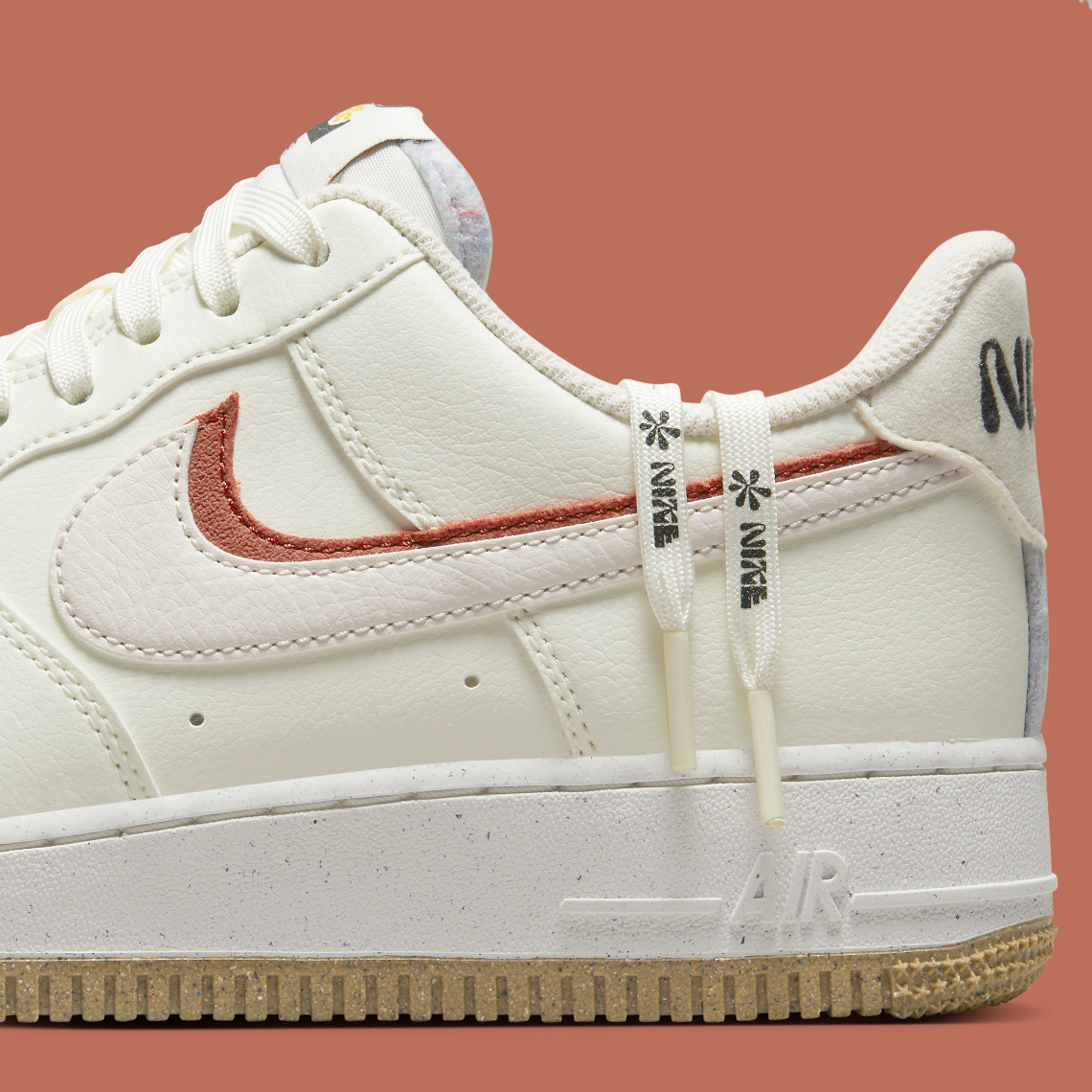