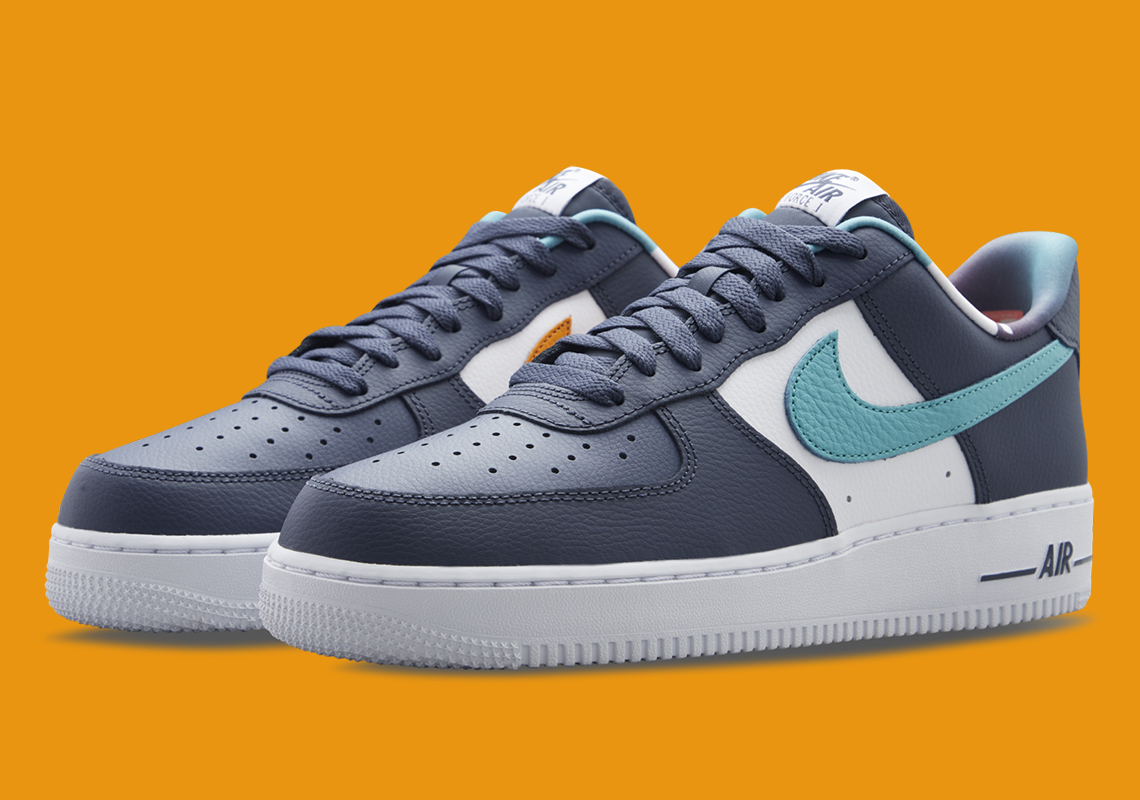 The Air Force 1 is one of several 70s and 80s silhouettes that are embedded into the history of basketball. Since 1982, the Air Force 1 has mightily served the sport — first on a performance standpoint and later on a lifestyle and fashion aspect that persists through the modern day. Since 2021, Nike’s EMB series has celebrated the crossover of hoops culture with a series of footwear releases inspired by signature patterns, materials, and motifs relating to the game. This Air Force 1 takes an artful approach by implementing a unique pattern on the interior motivated by the official lines of a basketball court.

Like the previous Air Force 1 EMB that we saw in April, this Air Force 1 sees a leather construction with alternating colors on the Swoosh. An aqua teal lands on the exterior, while a tangerine orange makes an appearance on the medial. Meanwhile, the upper opts for a classic blue on white leather upper, while the outsole is finished in all white.

A set release date isn’t known, but we’ll update you when these become available on Nike.com. 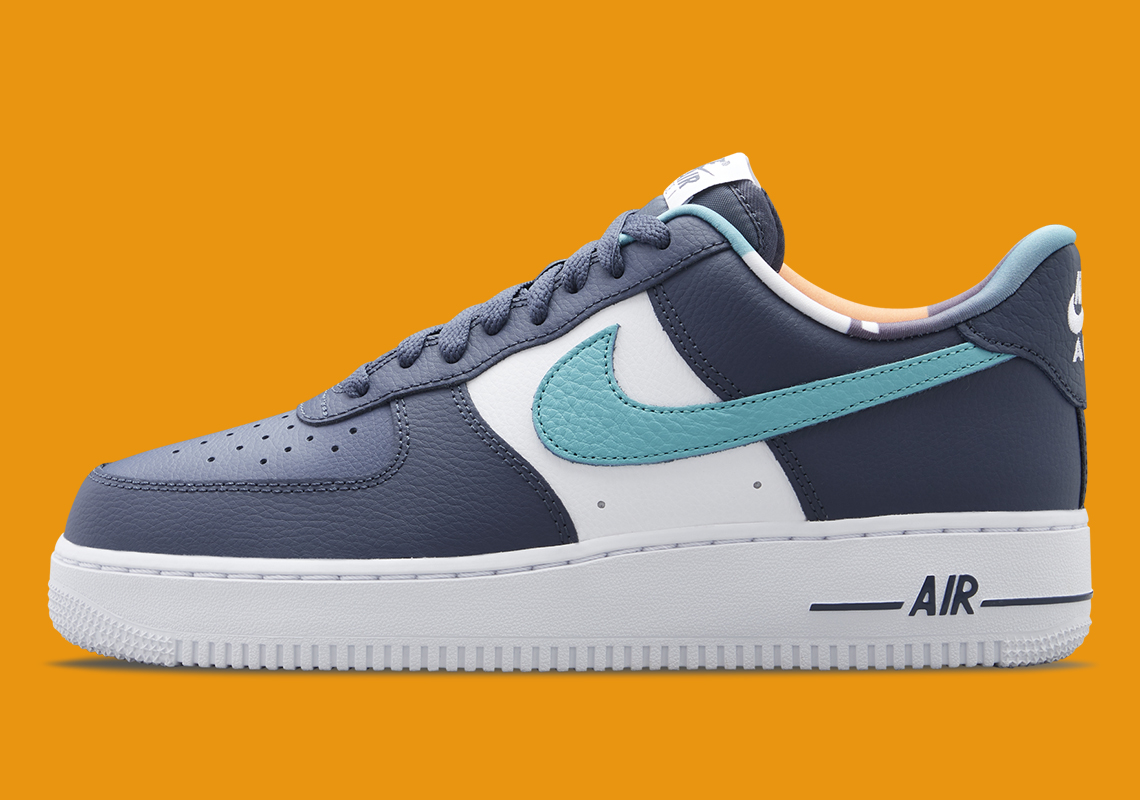 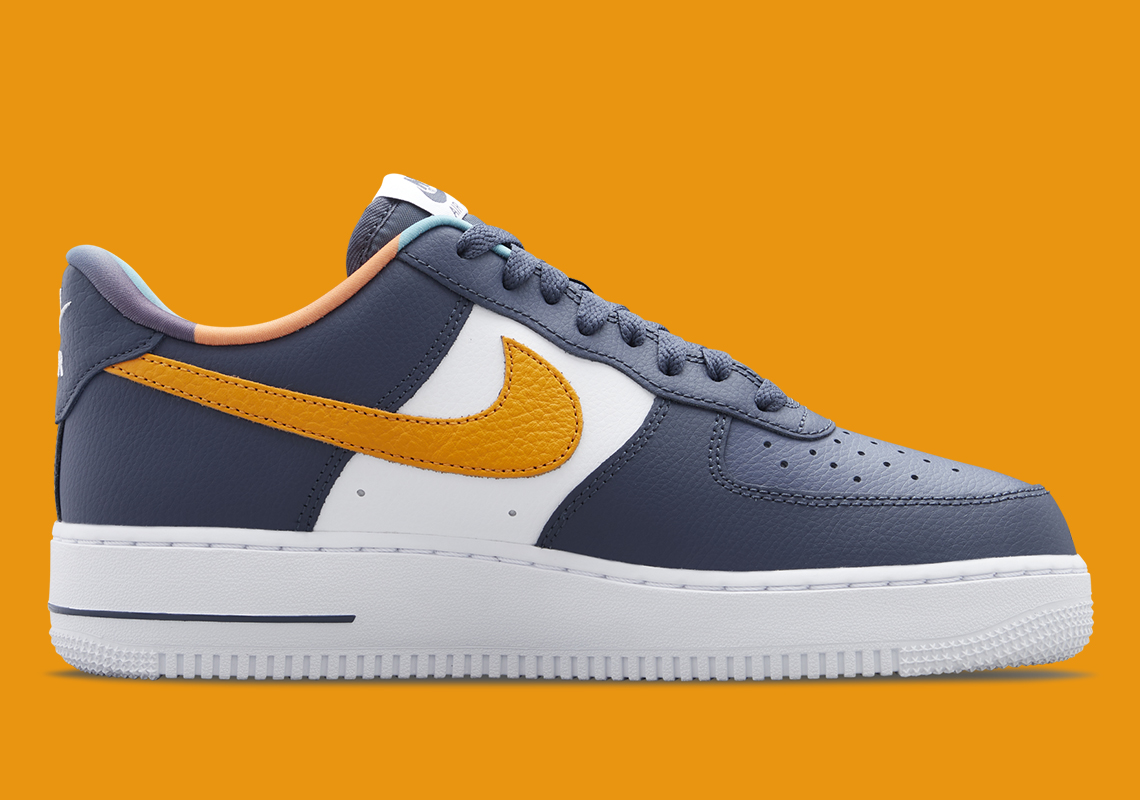 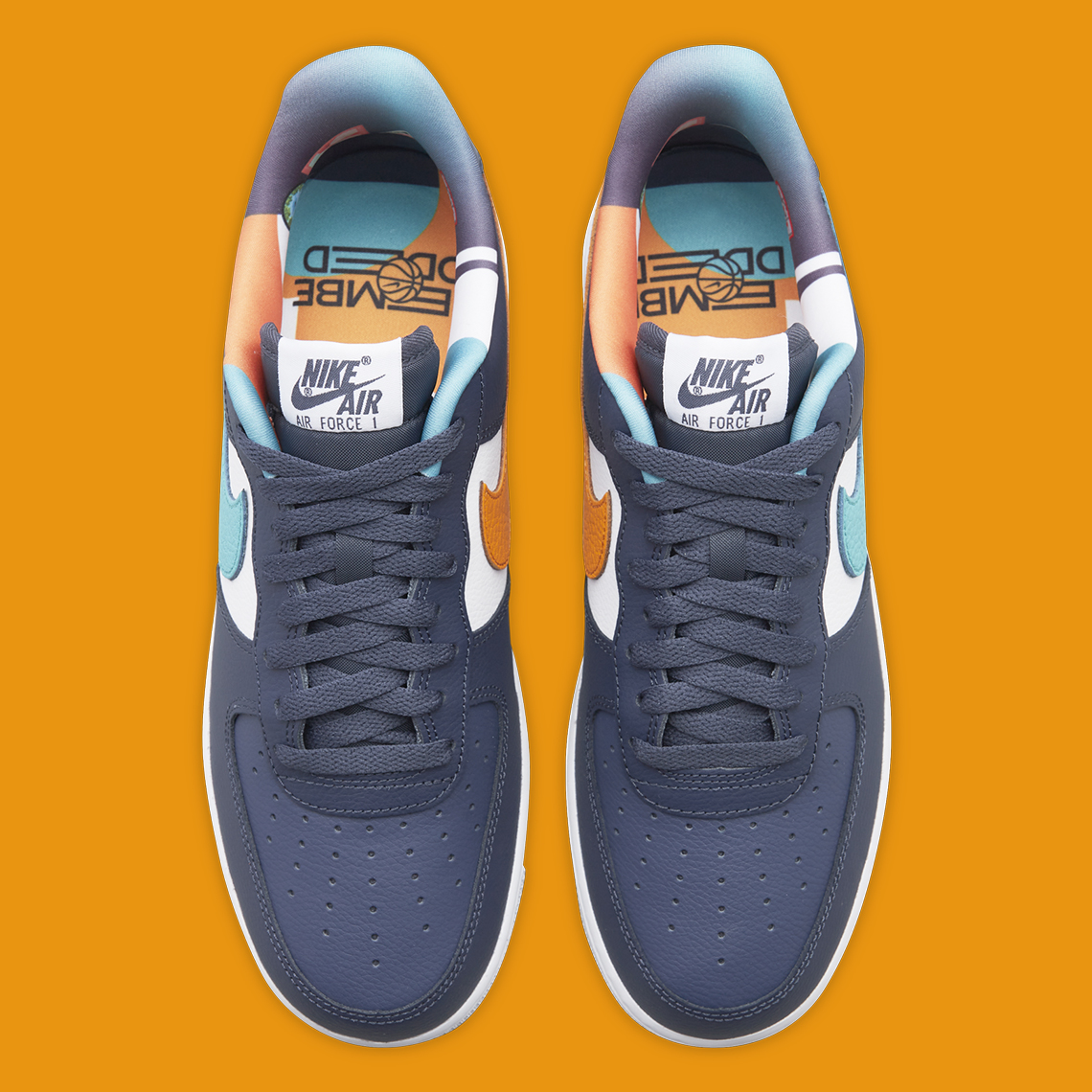 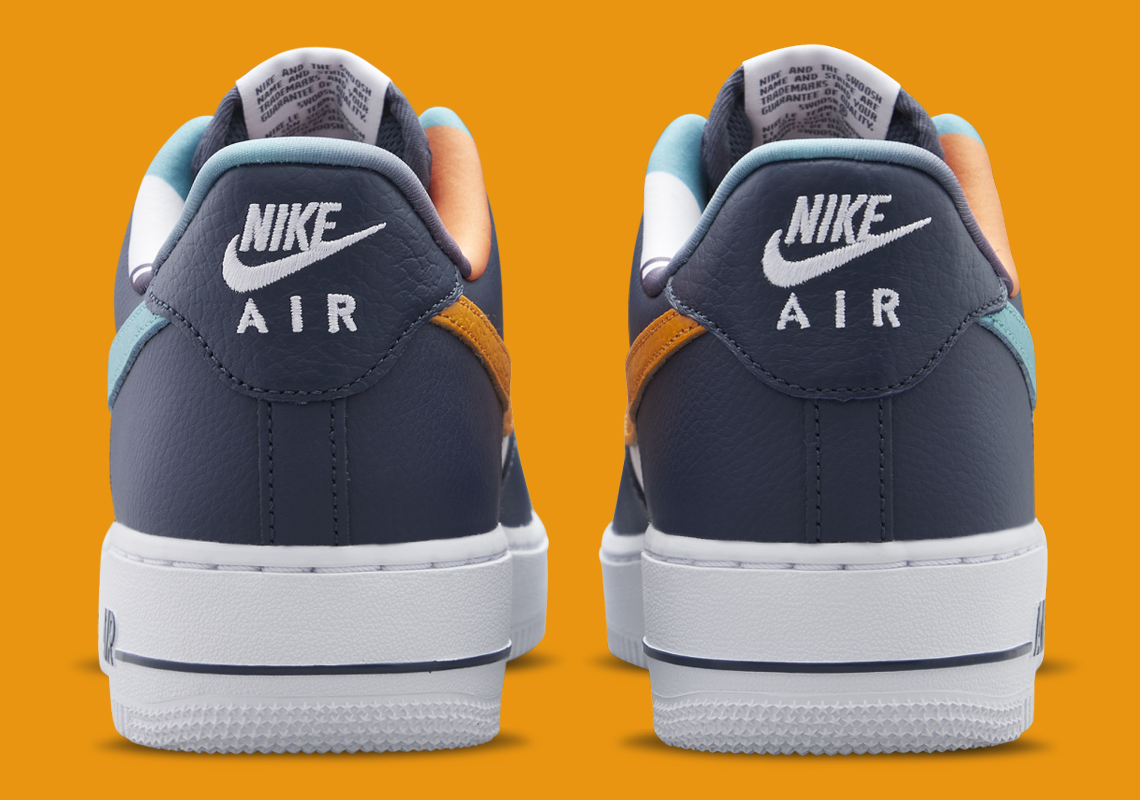 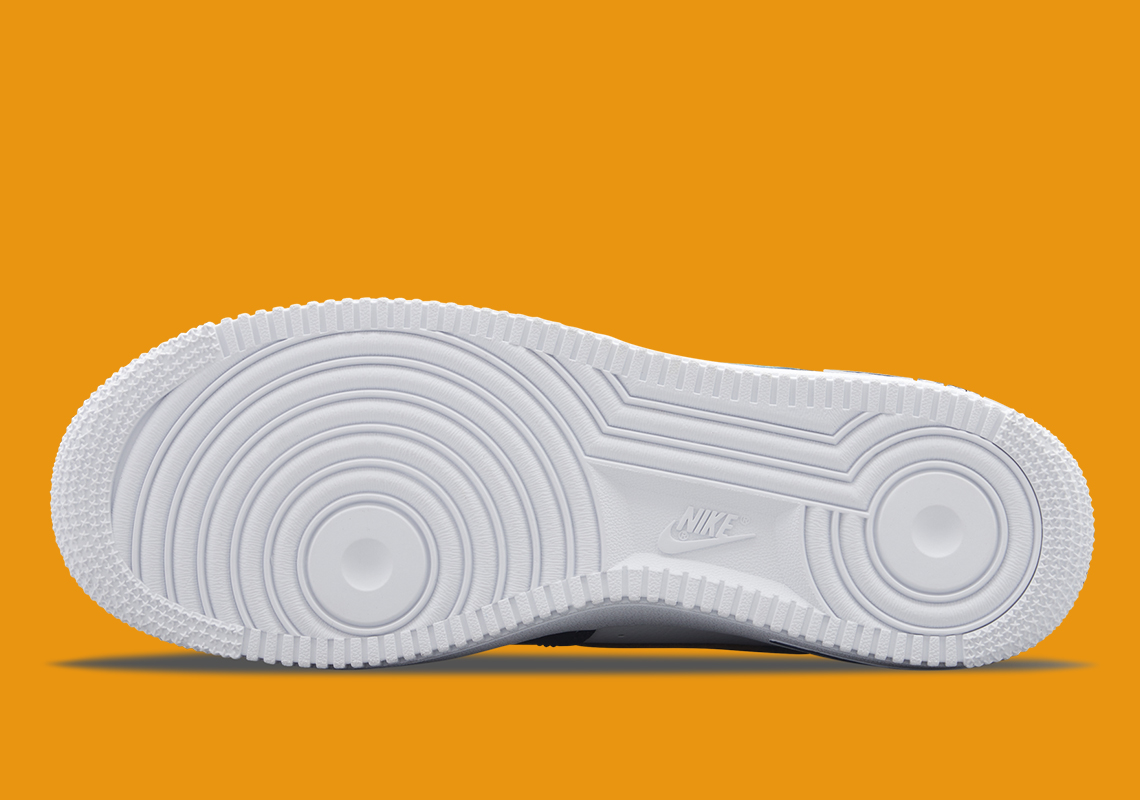 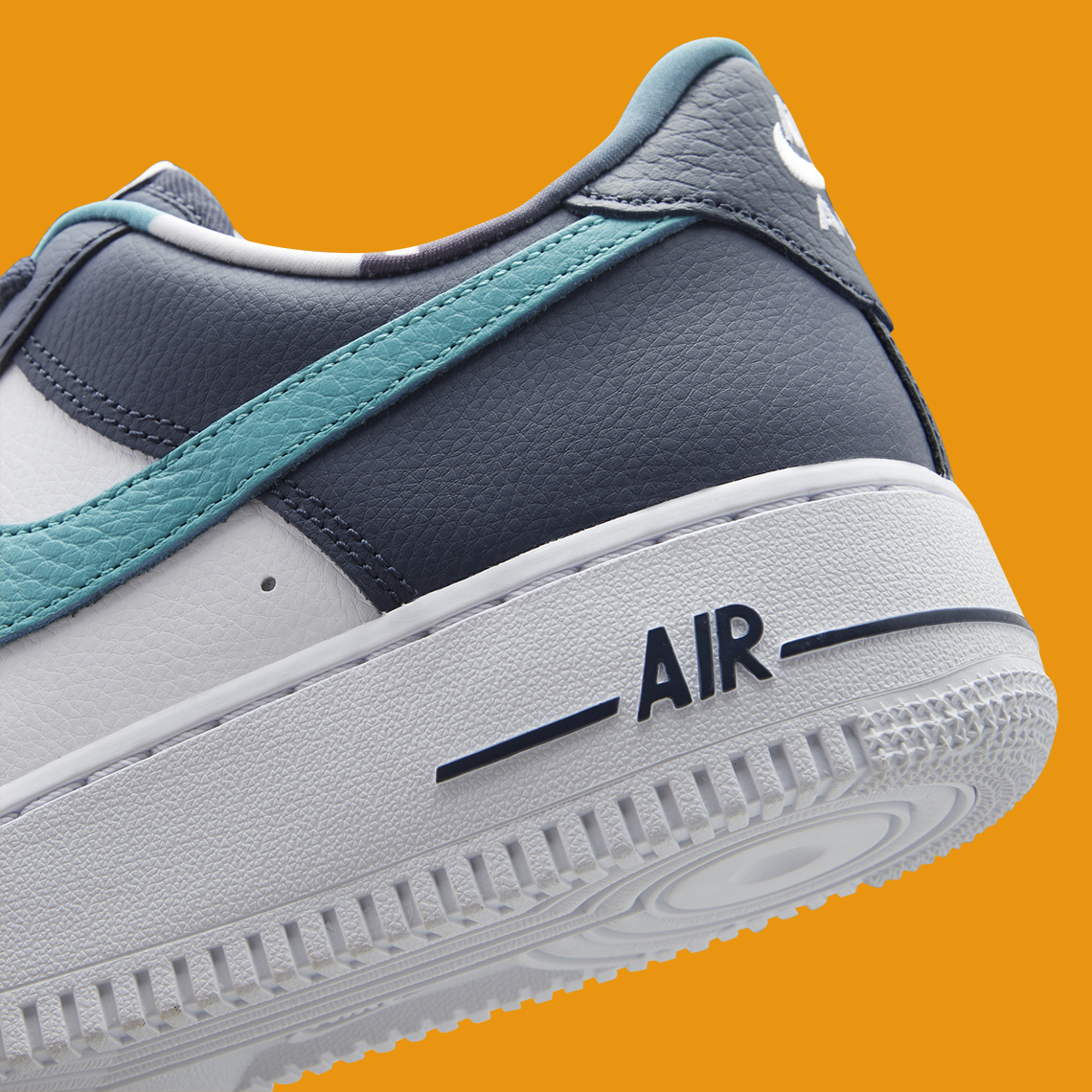 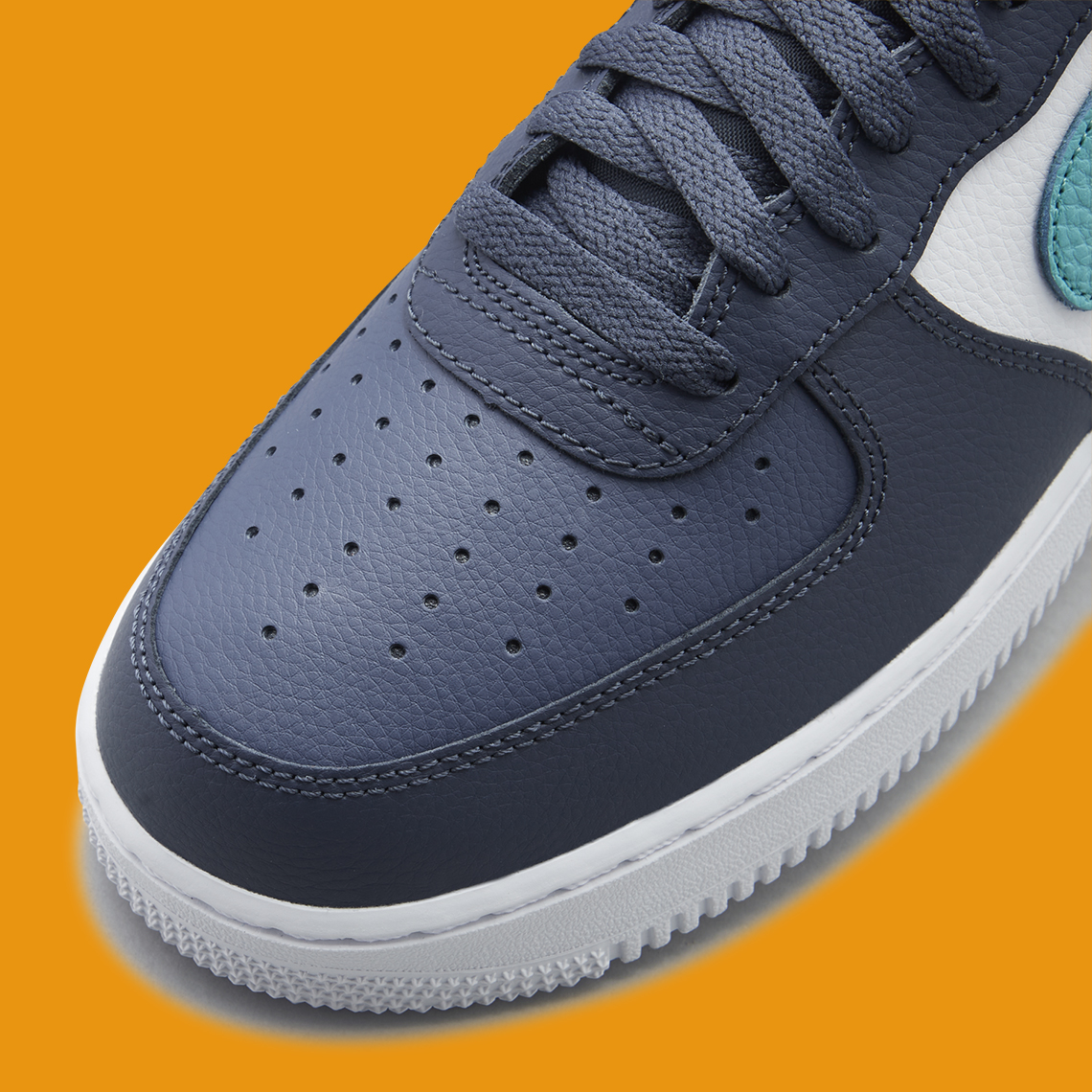