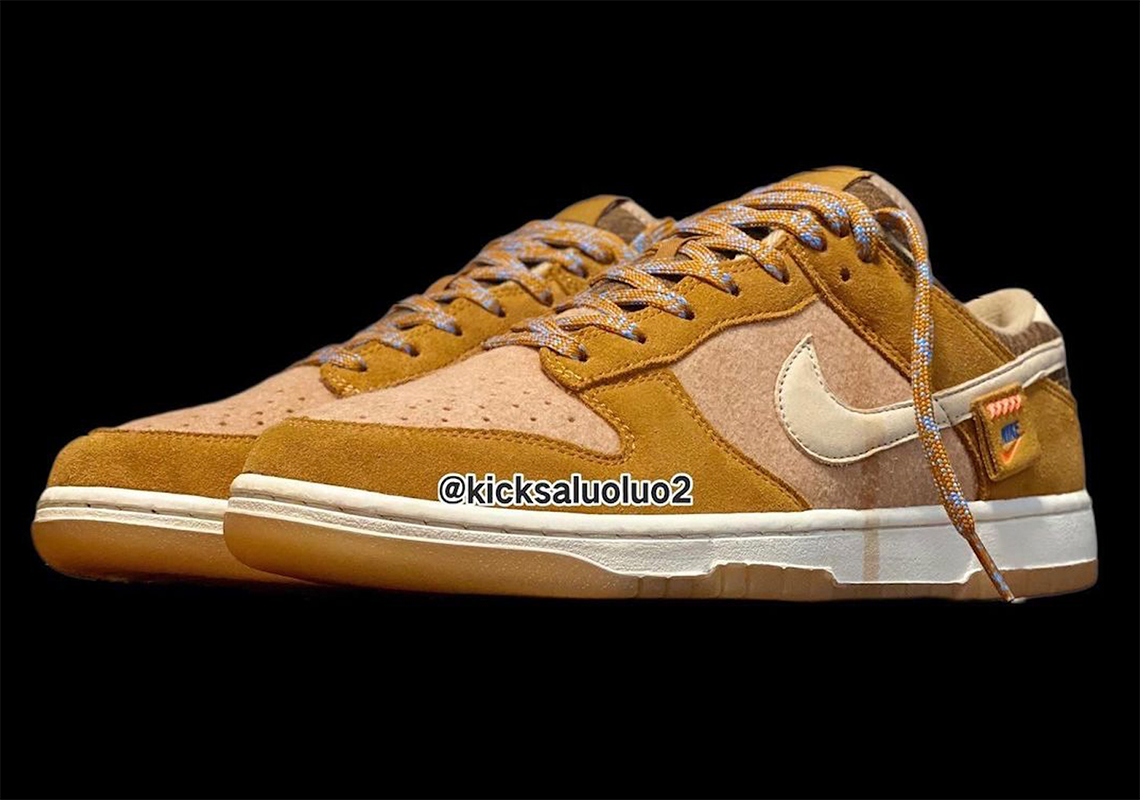 This Nike SB Dunk Low Is Modeled After A Teddy Bear

While newer enthusiasts of the Nike SB Dunk Low may only be familiar with the pairs that Travis Scott has co-signed and other widely-hyped collaborations, there’s no shortage of styles from the silhouette’s 20-year catalog.

Recently, reliable sneaker rumor sources have shared an image of the modified Nike Dunk in a predominantly brown ensemble seemingly inspired by teddy bears. One such source dubs the sneaker the “Rogue Rabbit,” a fictional character that’s been reference across video games and television series, but medial heels on the left shoe reveal a bear-like figure. Soft materials throughout the upper don’t exactly capture the spirit of the “Three Bears” Pack from 2006, but the color palette isn’t too far off. Underfoot, traction opts for a semi-translucent, light gum brown finish.

Enjoy an early look at the sample ahead, courtesy of Instagram user @kicksdong. Nike SNKRS release details may surface in the near future.

In related sneaker news, the Air Jordan 1 is set to release in a handful of new styles before 2022 ends. 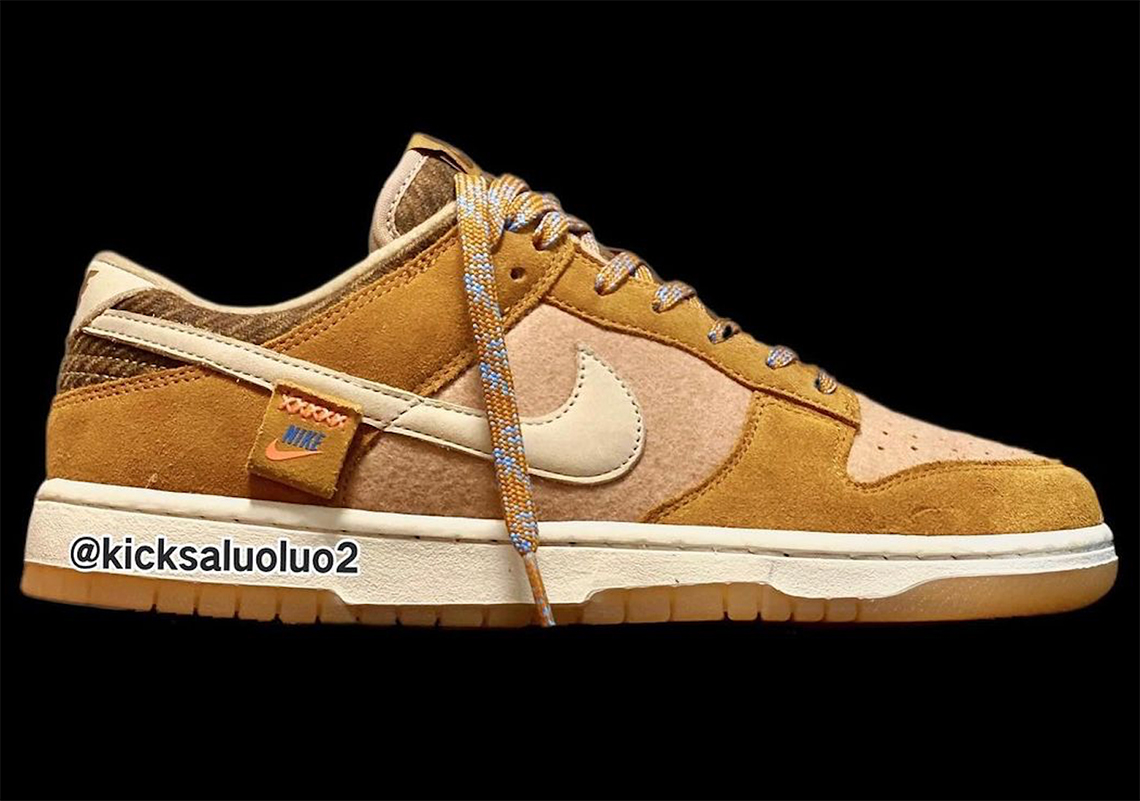 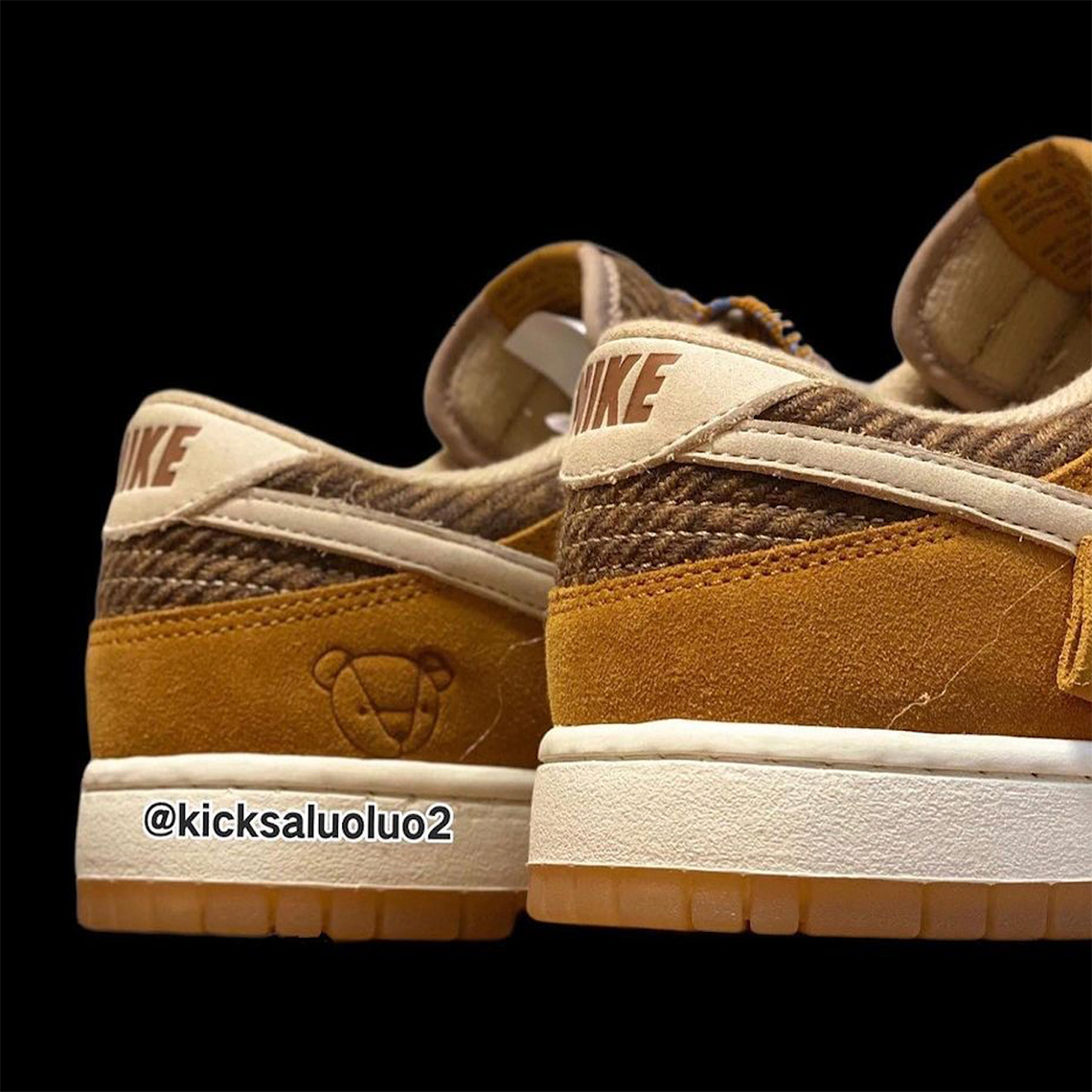