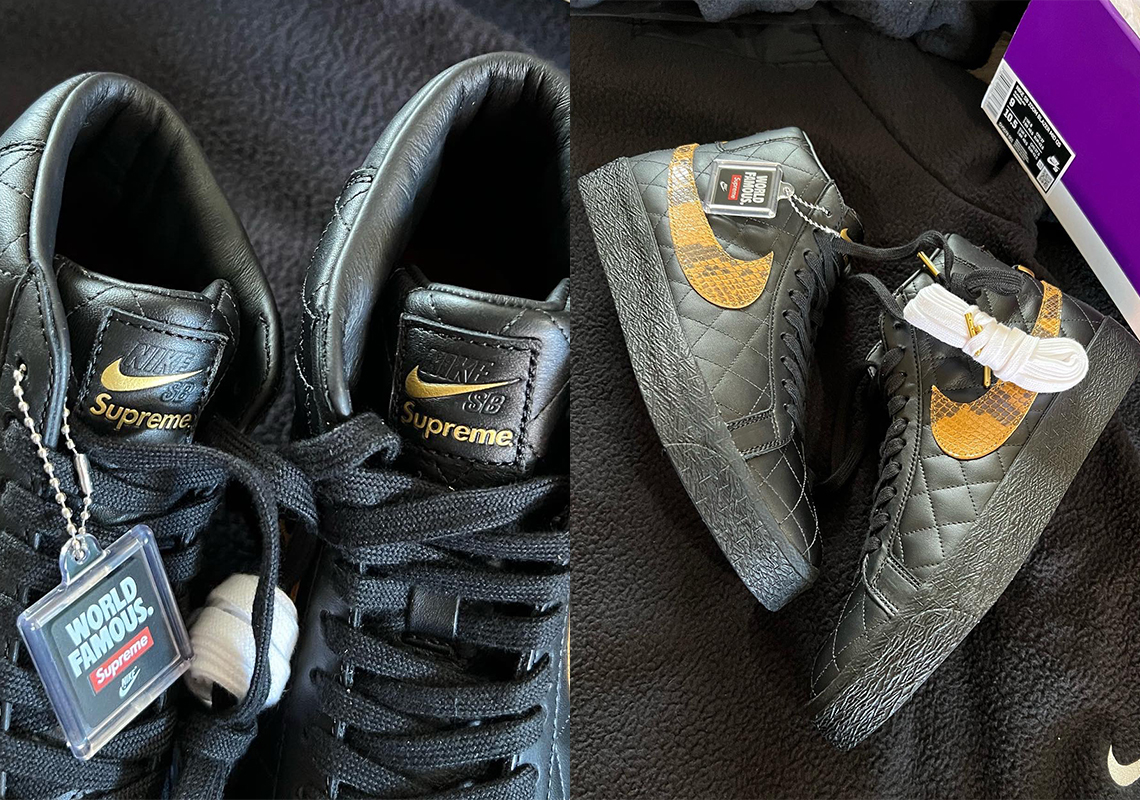 Supreme Is Releasing Another Set Of Quilted Nike SB Blazers

With many having shifted their attention away from Supreme, looking instead at Aimé Leon Dore as well as Stussy, there’s been rampant claims that the legendary streetwear label is now dead. But that couldn’t be any further from the truth, as Tremaine Emory — the newest stalwart to assume the role of Creative Director — has big plans in the way of collaborations, among which are another set of quilted Nike SB Blazer Mids

Finally unveiled in better detail, the upcoming Supreme x Nike SB Blazer Mid draws heavy inspiration from the pack that dropped in 2006. While the shape of the silhouette itself may have changed, the minute details conjure up a very similar feel. Quilted leathers wrap much of the upper, clad in black so as to match the adjacent eye stays, midsole, and laces, while the Swoosh flaunts a gilded snakeskin. Adjacent, the co-branding across the tongue, the aglets, and the D-Ring affixed to the heel are gilded as well; the insole, however, is not quite as luxurious, opting for Supreme’s signature shade of red.

For an early look at these upcoming Supreme Blazers, check out the images below. These are likely to release this Fall/Winter ’22 season, so expect more details and images to surface soon.

In other news, the Travis Scott Air Jordan 1 Low is releasing this week. 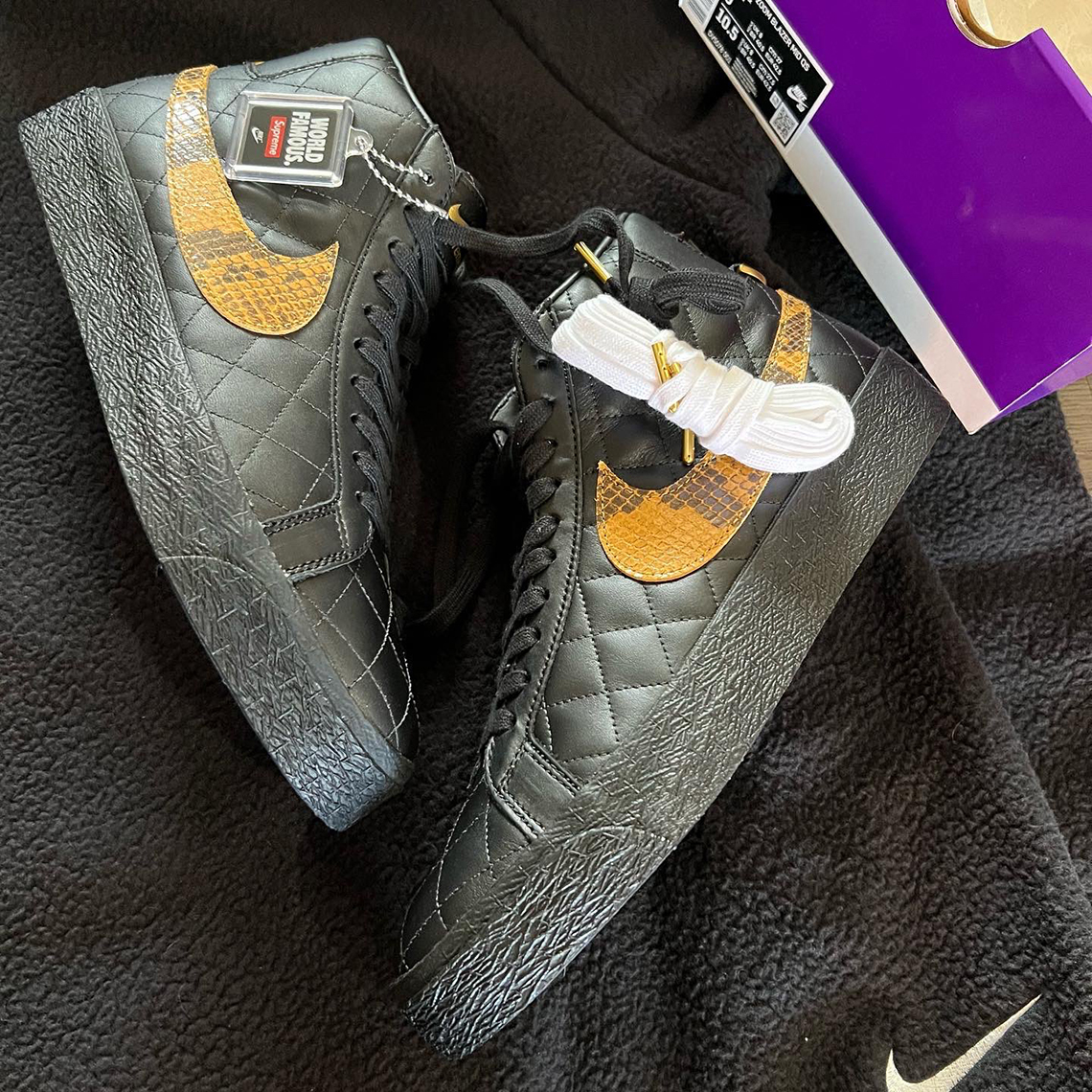 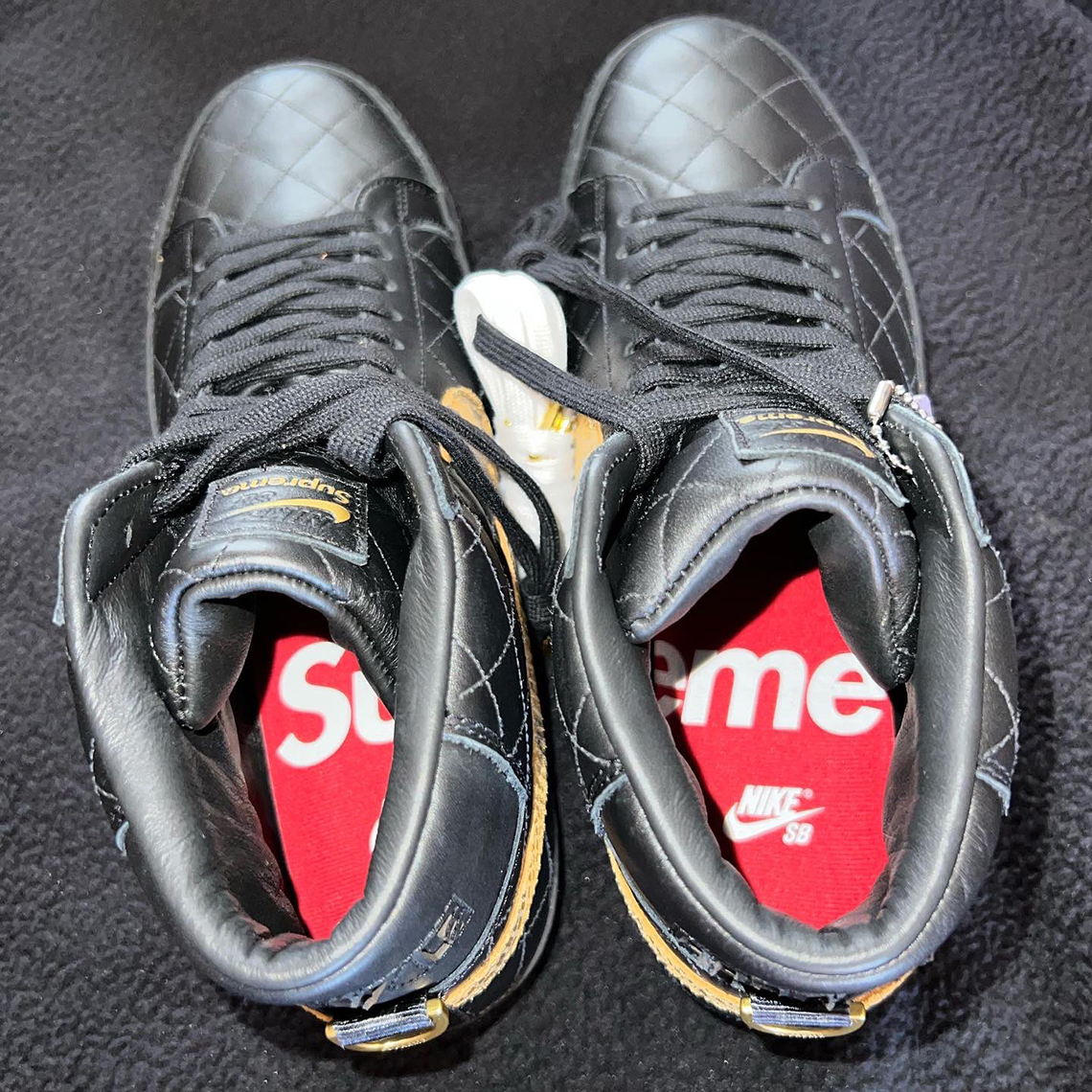 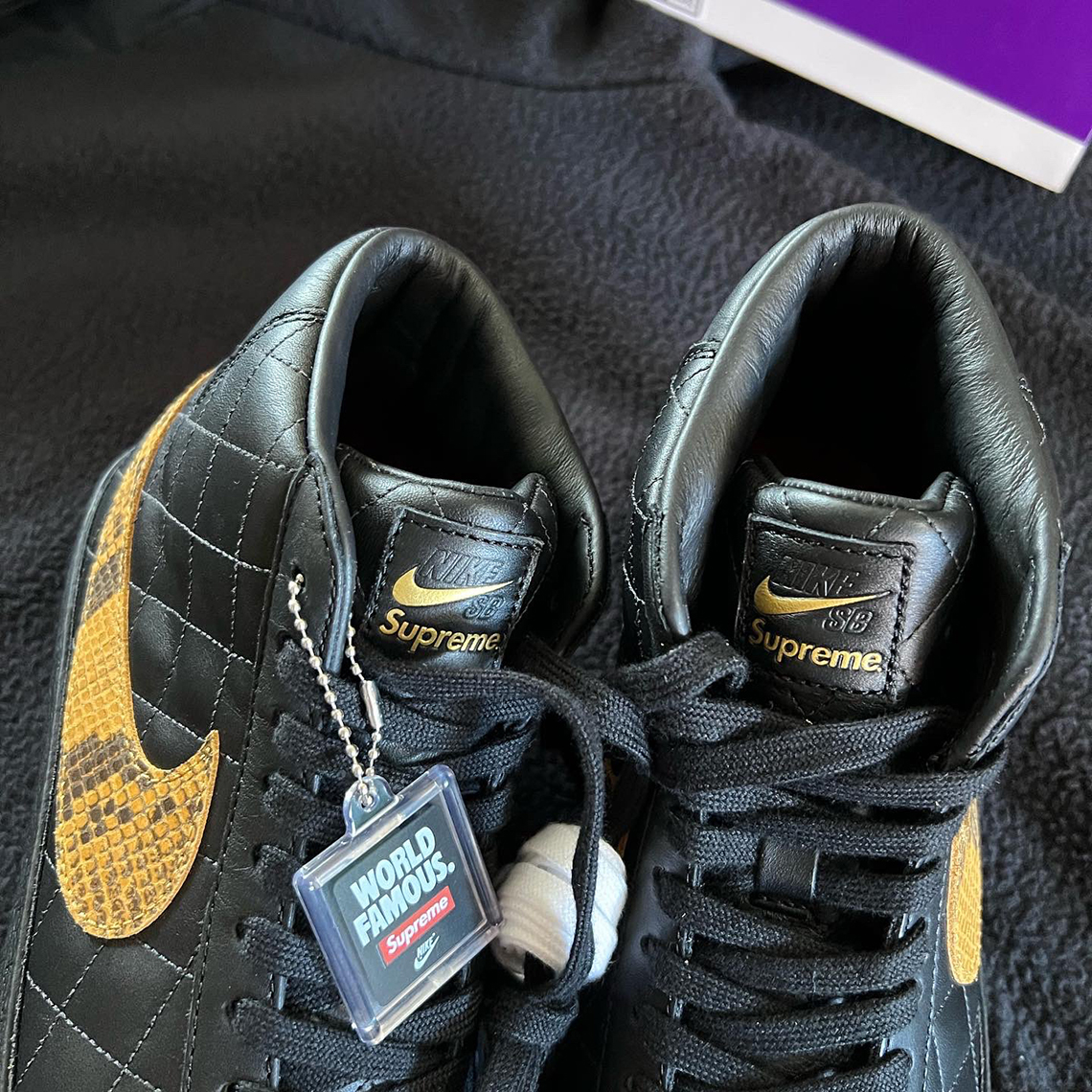 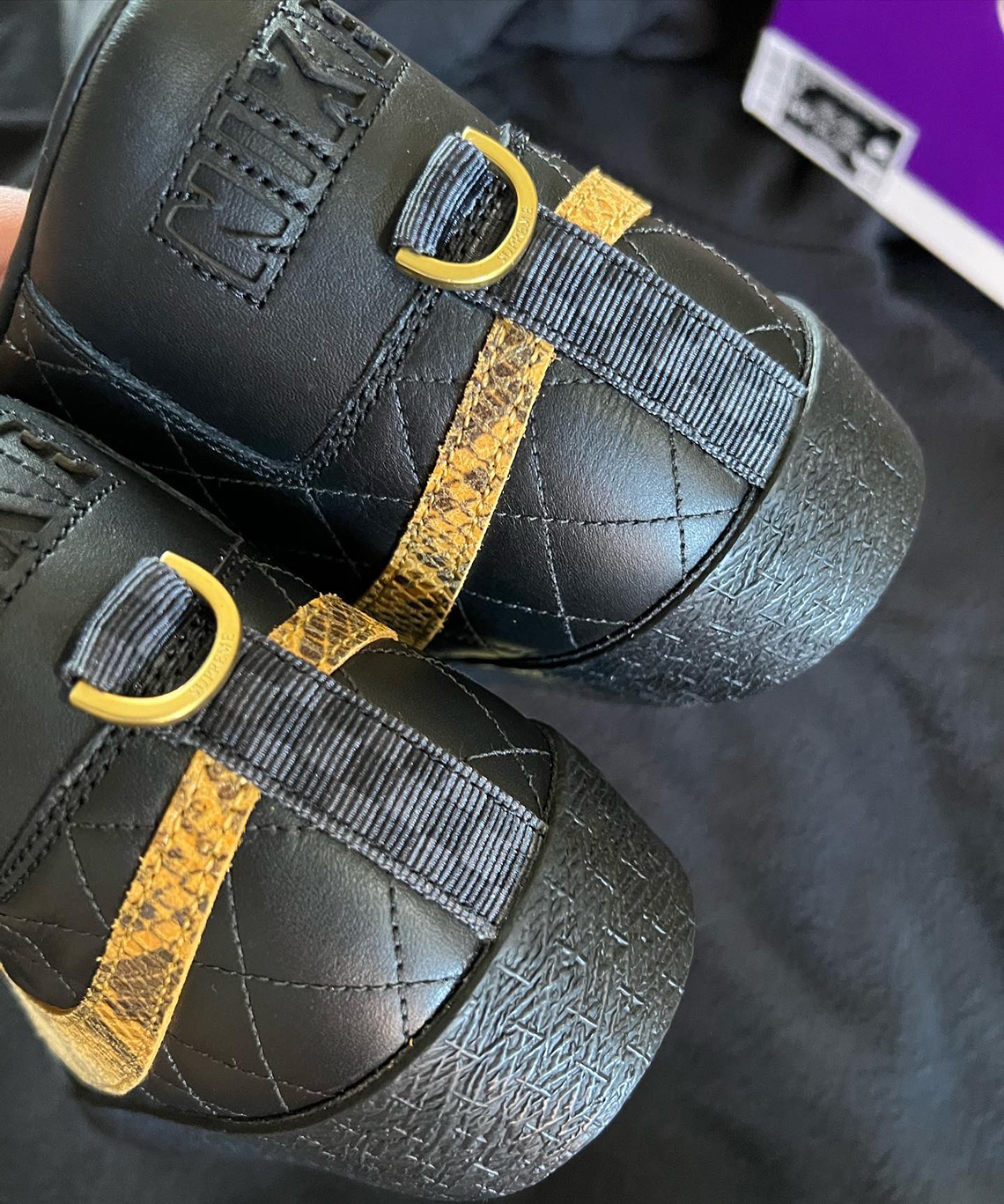 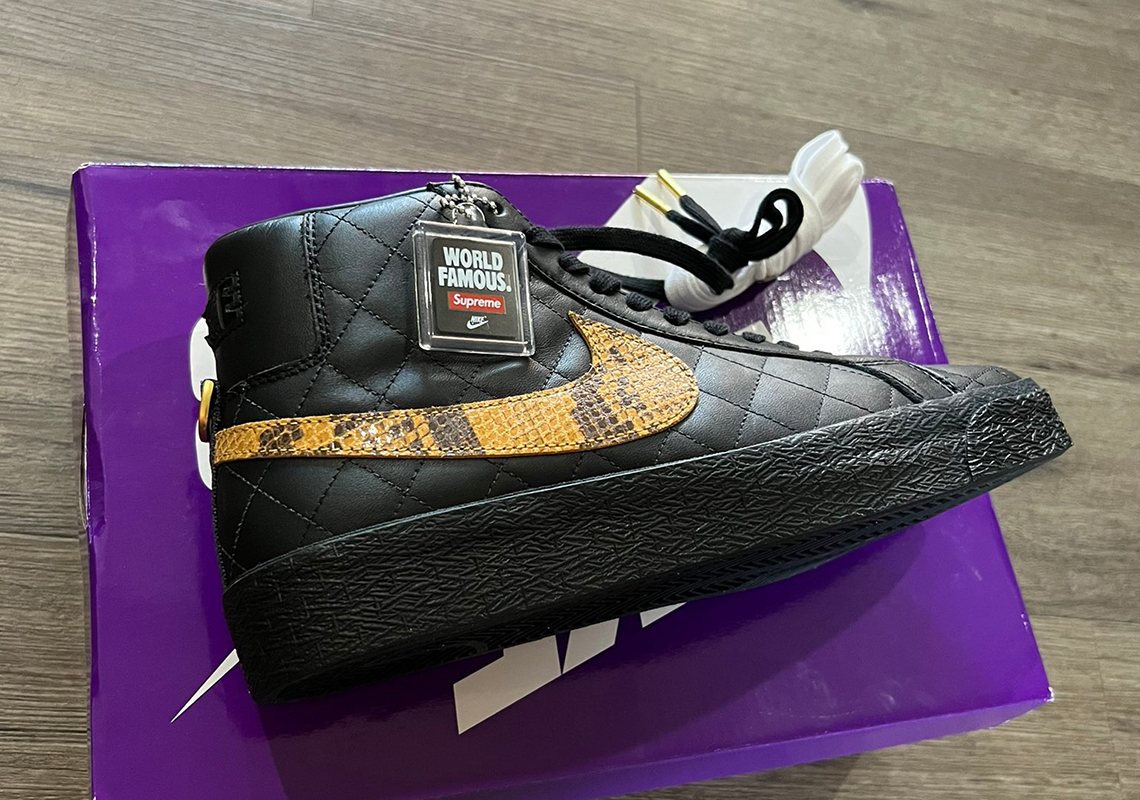 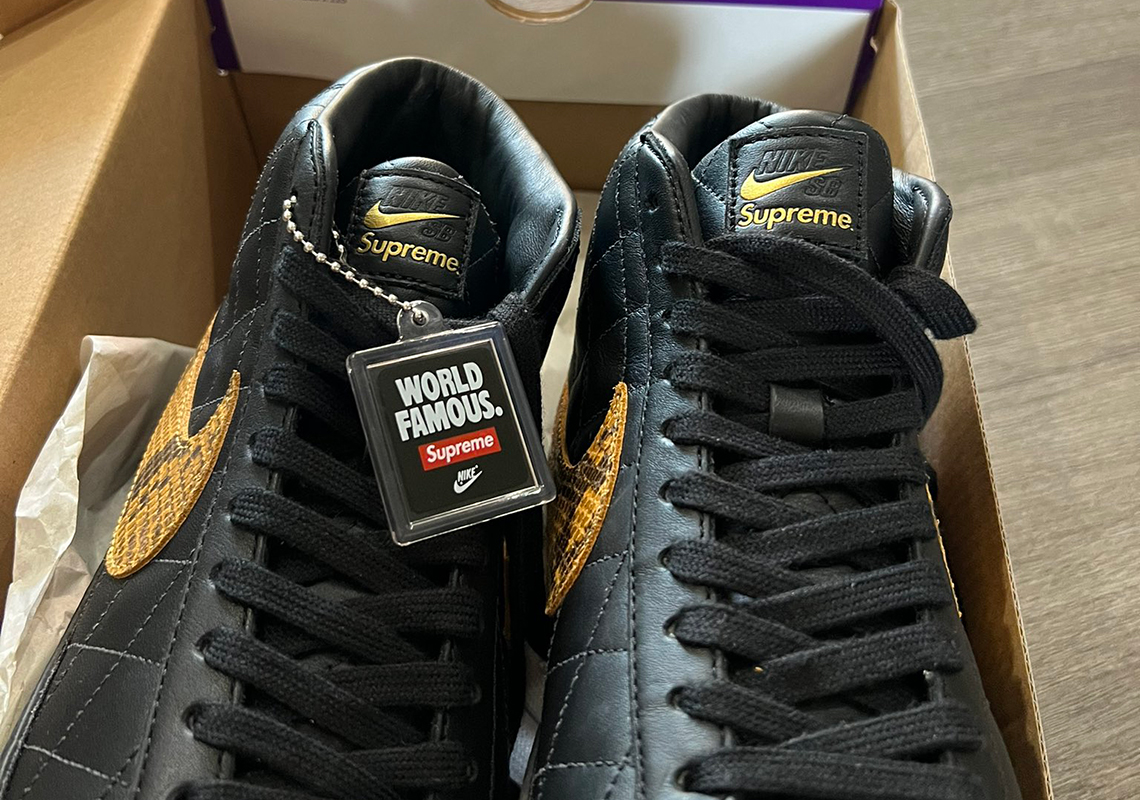 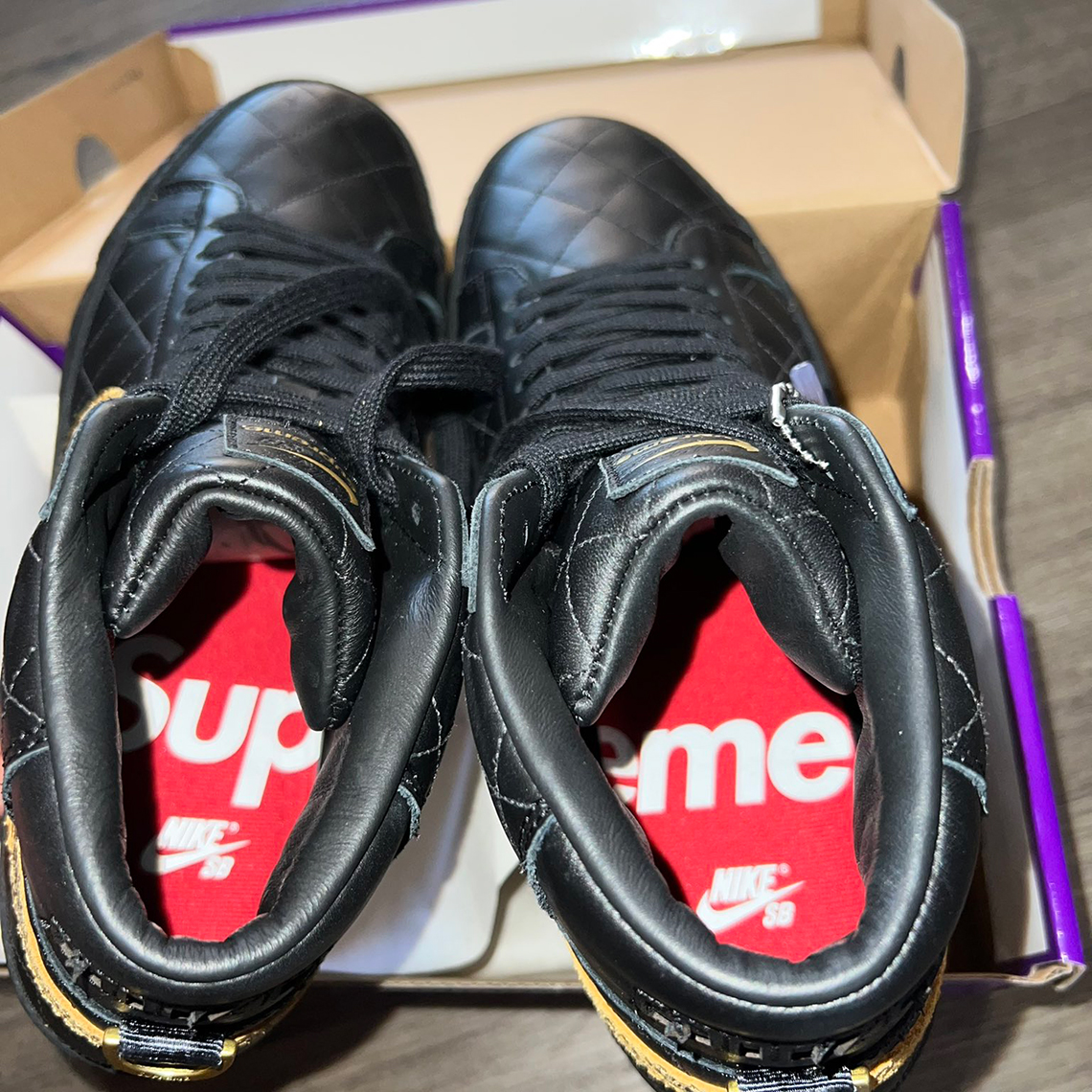 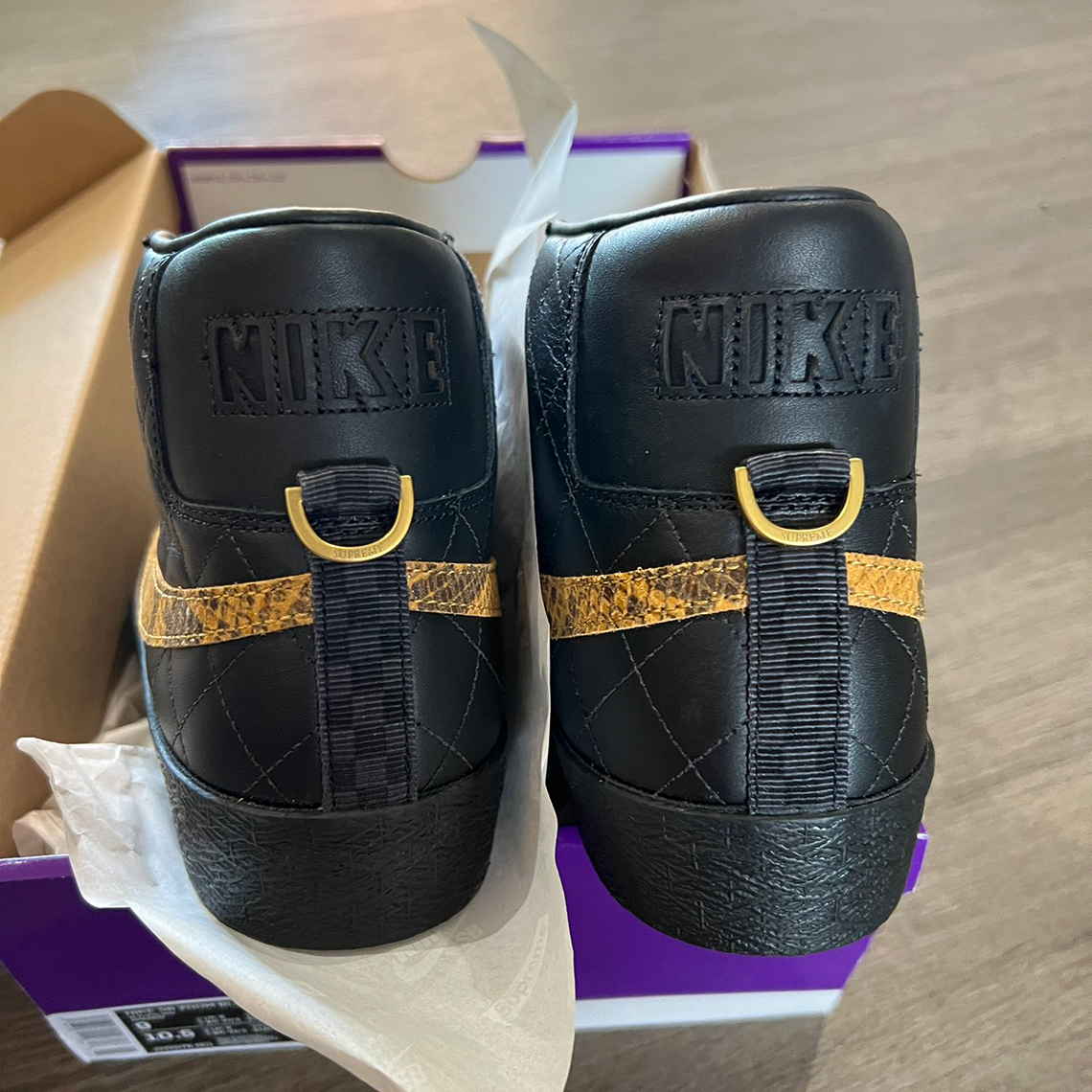