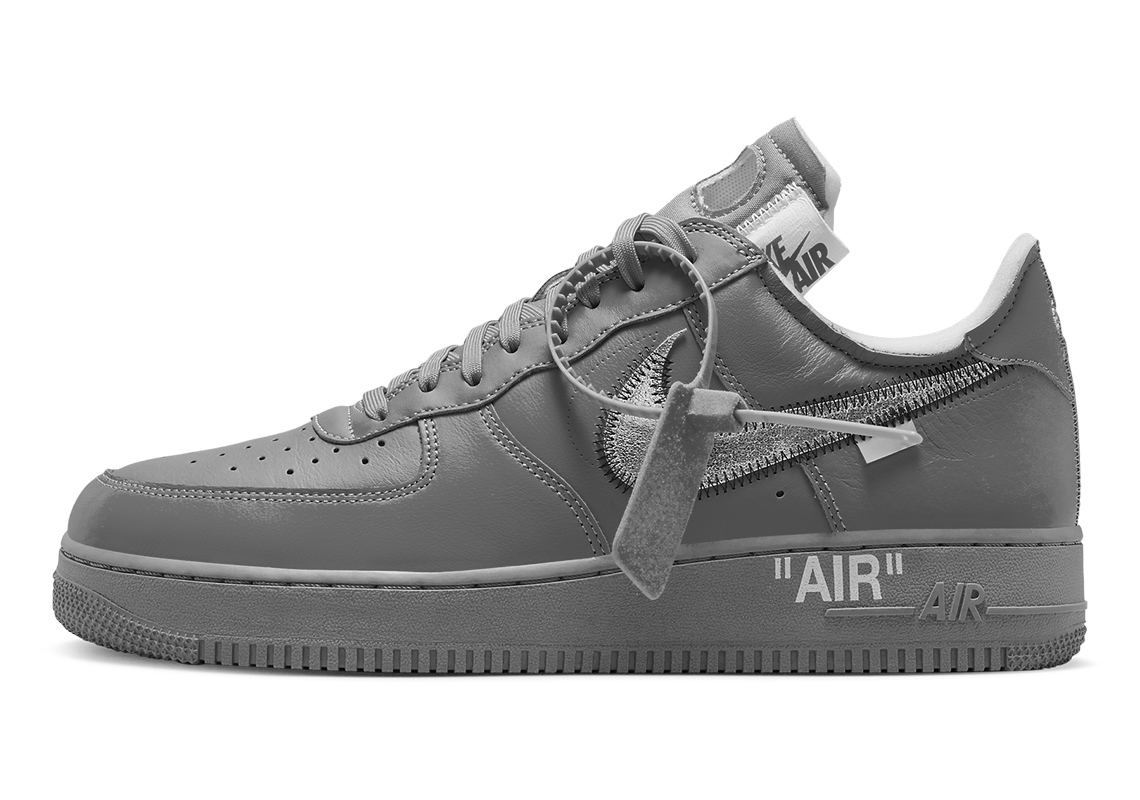 As we await for the eventual release of the Off-White Nike Air Force 1 Low, rumblings of yet another colorway of the model are beginning to heat up. According to sources, a grey colorway of the Off-White Air Force 1 Low is next in line, set to drop exclusively in Paris. Currently, the Figures Of Speech is viewable at the Brooklyn Museum through January 2023, so it’s not clear if this next grey colorway is due this year or next.

The current green pair of the Off-White x Air Force 1 Low has yet to release to the public, although they are expected to drop very soon through a lottery-type release. More details on the green pair are to come, so stay tuned for relevant updates.

In other footwear news updates, check out the fill release list for Yeezy Day 2022.

*The above photo is just a mock-up representation of what is expected.