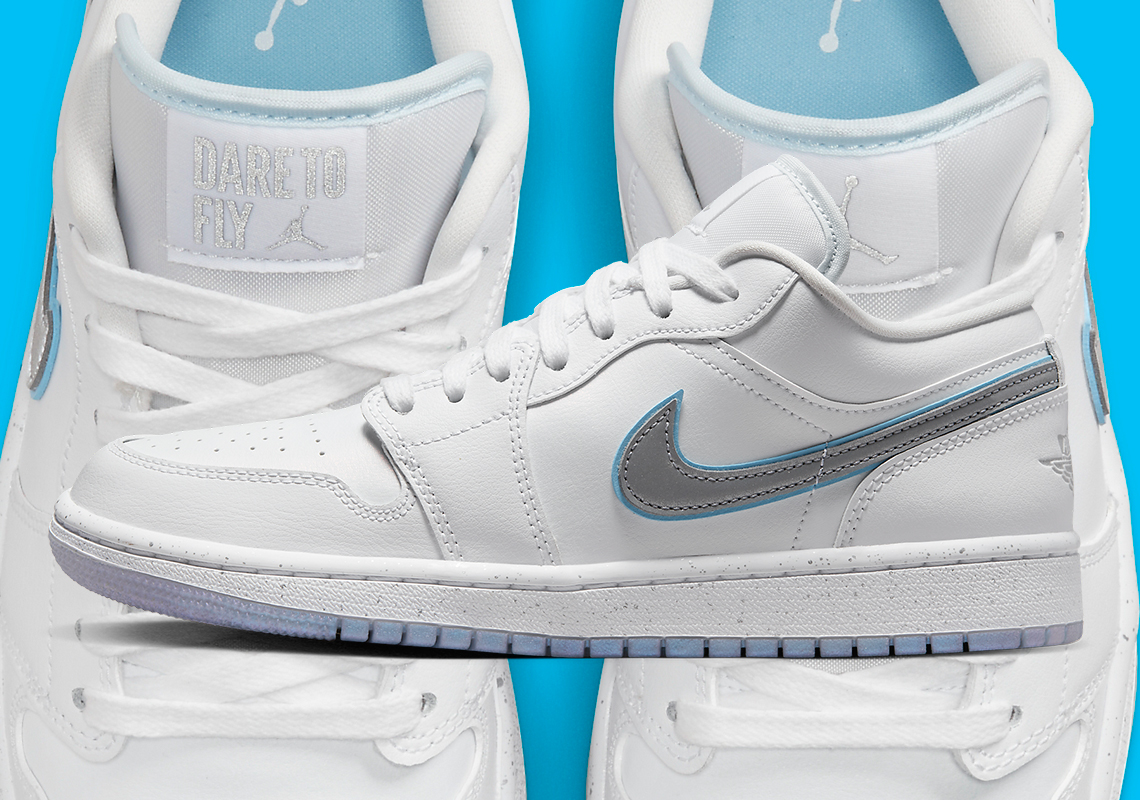 Throughout the Summer, we’ve enjoyed the appearance of several compelling Air Jordan 1 Lows, such as the “UNC/Grey” and the equally unique “Inside Out.” And though much more straightforward in its design, the newly-unveiled “Dare To Fly” colorway is just as interesting thanks most in part to its namesake.

Contrary to what its title might suggest, this Air Jordan 1 Low is extremely simple in both its details as well as its palette. For starters, white is used predominantly throughout the upper and midsole, the latter of which pairs said neutral with subtle, grey-colored speckles. Above, the leather paneling is lacking in any noteworthy tweaks; the tongue label and Swoosh, however, proffer sparkling “Dare To Fly” text and layers of silver and blue, respectively. In addition, the check is treated to a reflective finish much like the Wings logo embroidered onto the heel. Finally, the bottom is fitted with a light purple outsole that appears somewhat iridescent close-up.

For a detailed look at the Air Jordan 1 Low “Dare To Fly,” check out the official images below. At the time of writing this, a release date has not been announced. For now, sit tight and await future updates.

In other news, the Air Jordan 14 Light Ginger releases tomorrow. 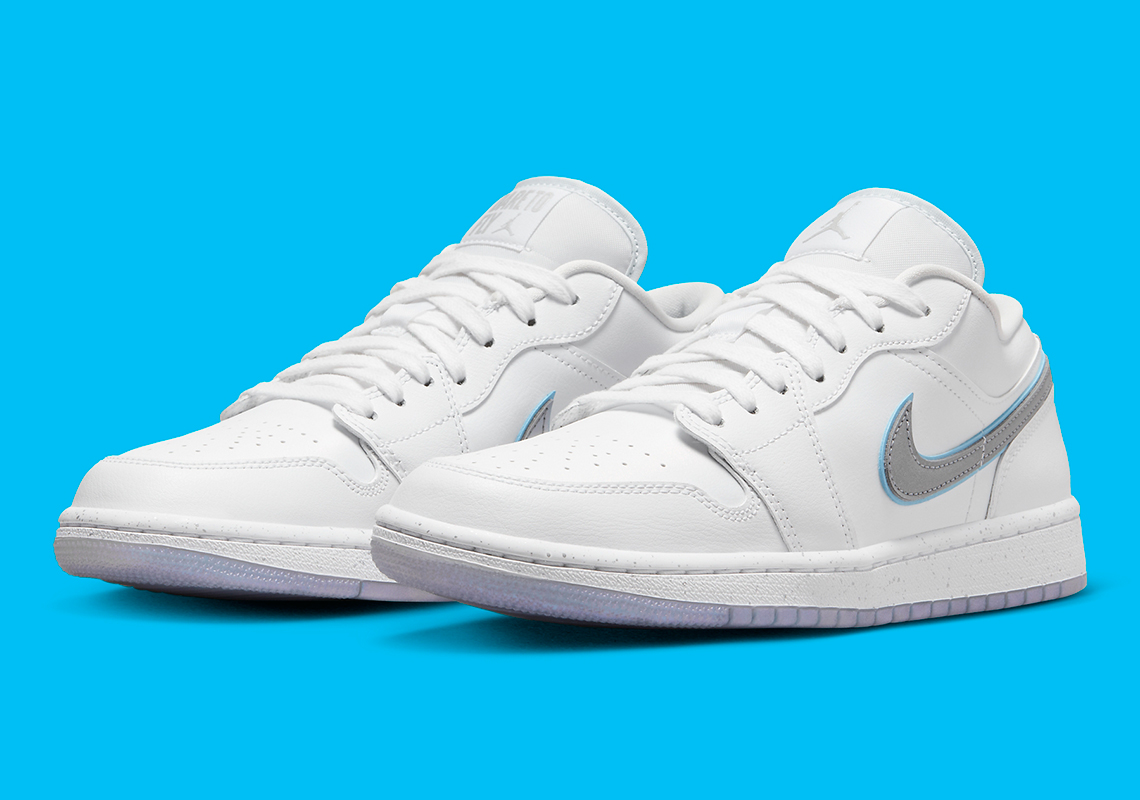 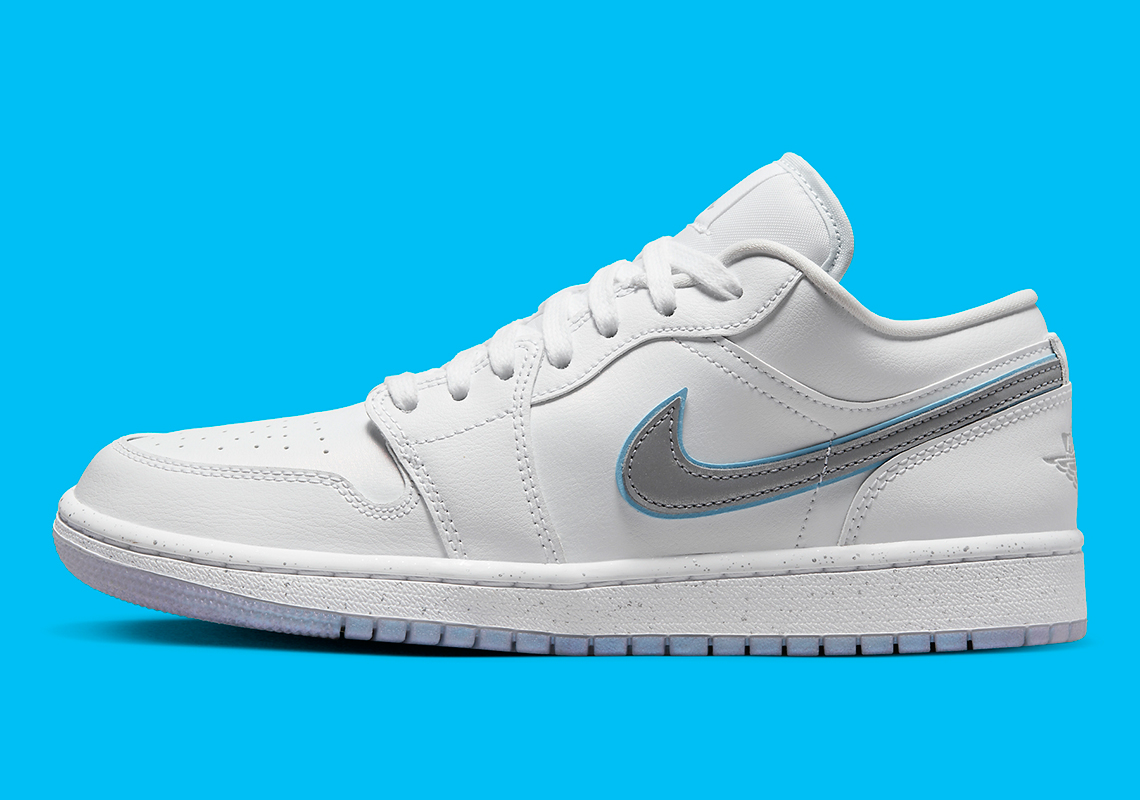 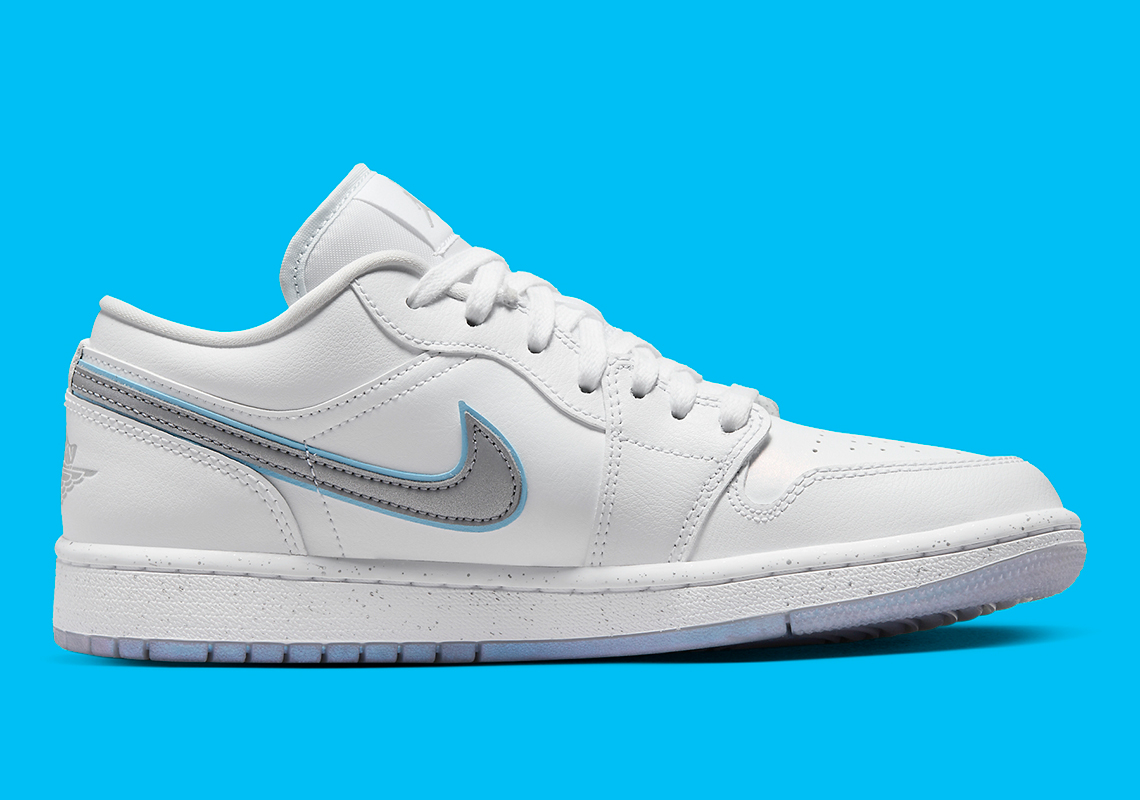 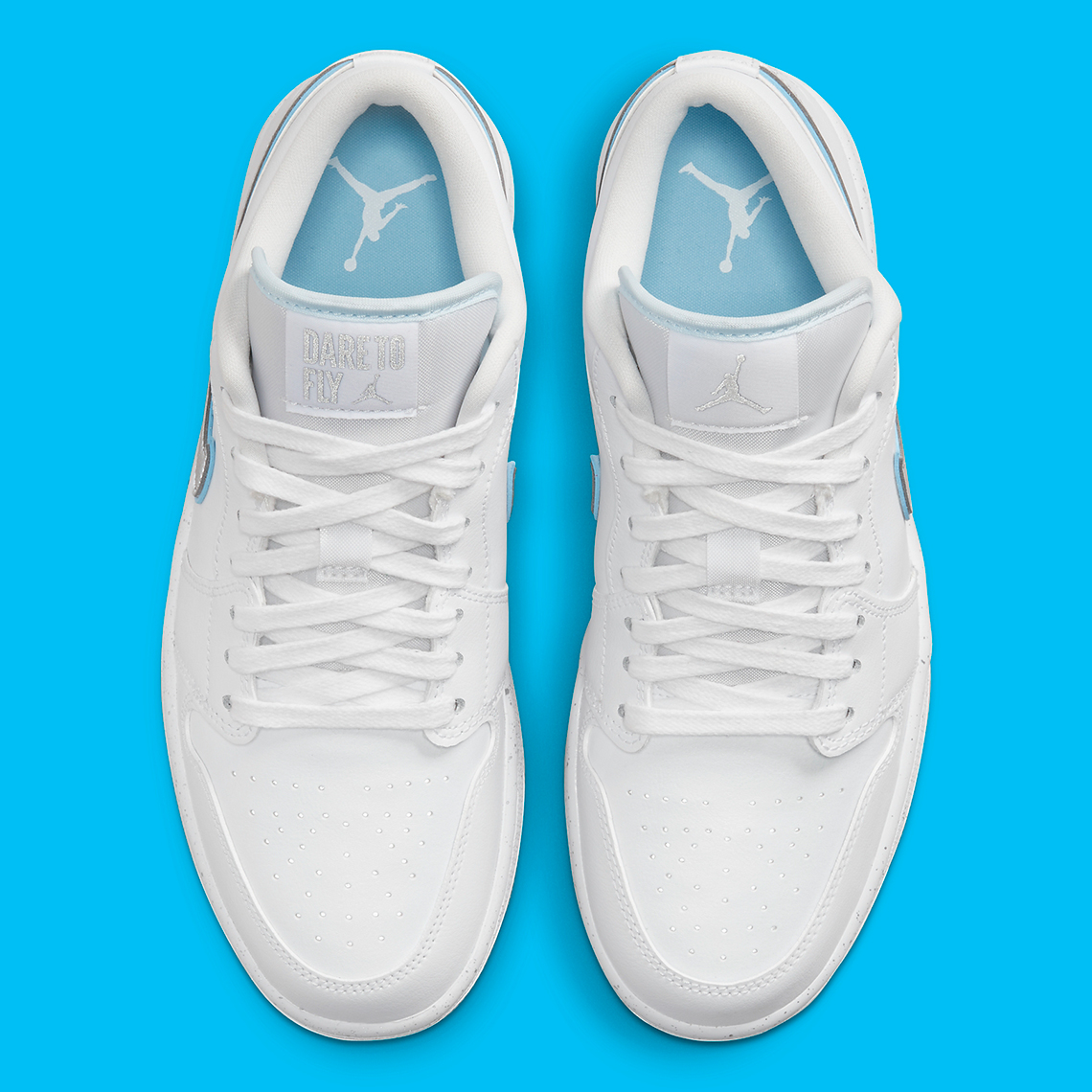 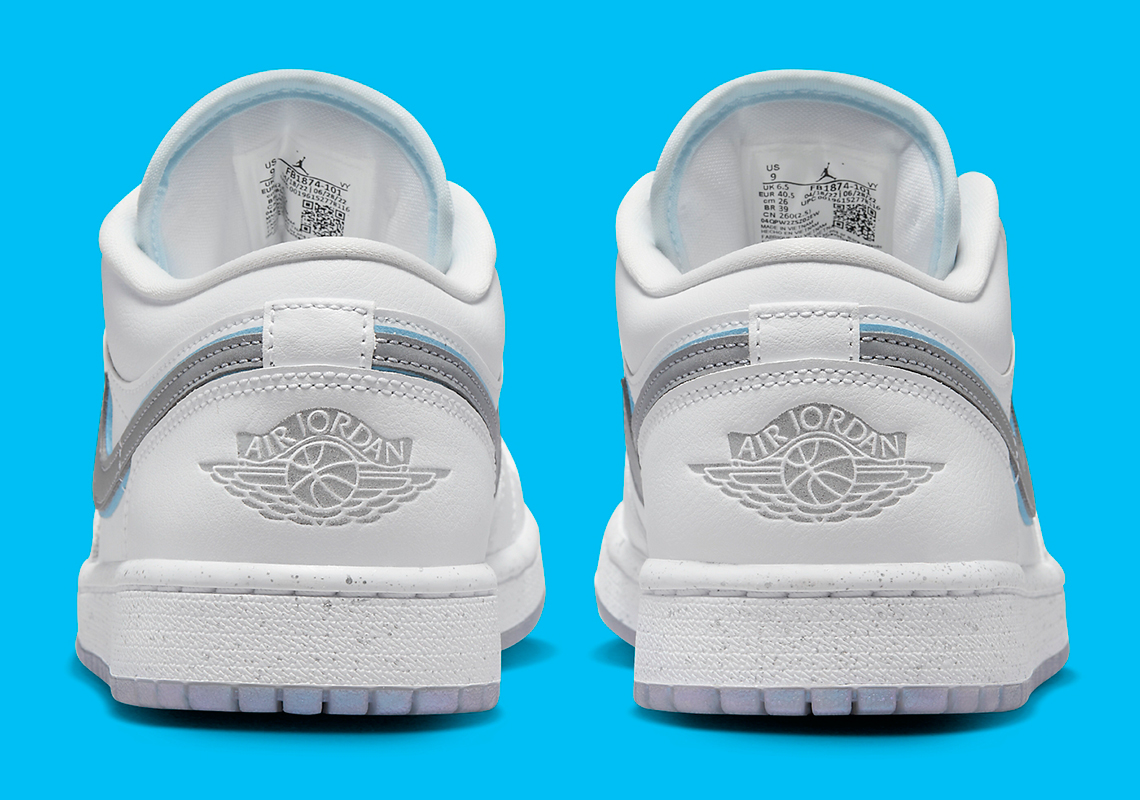 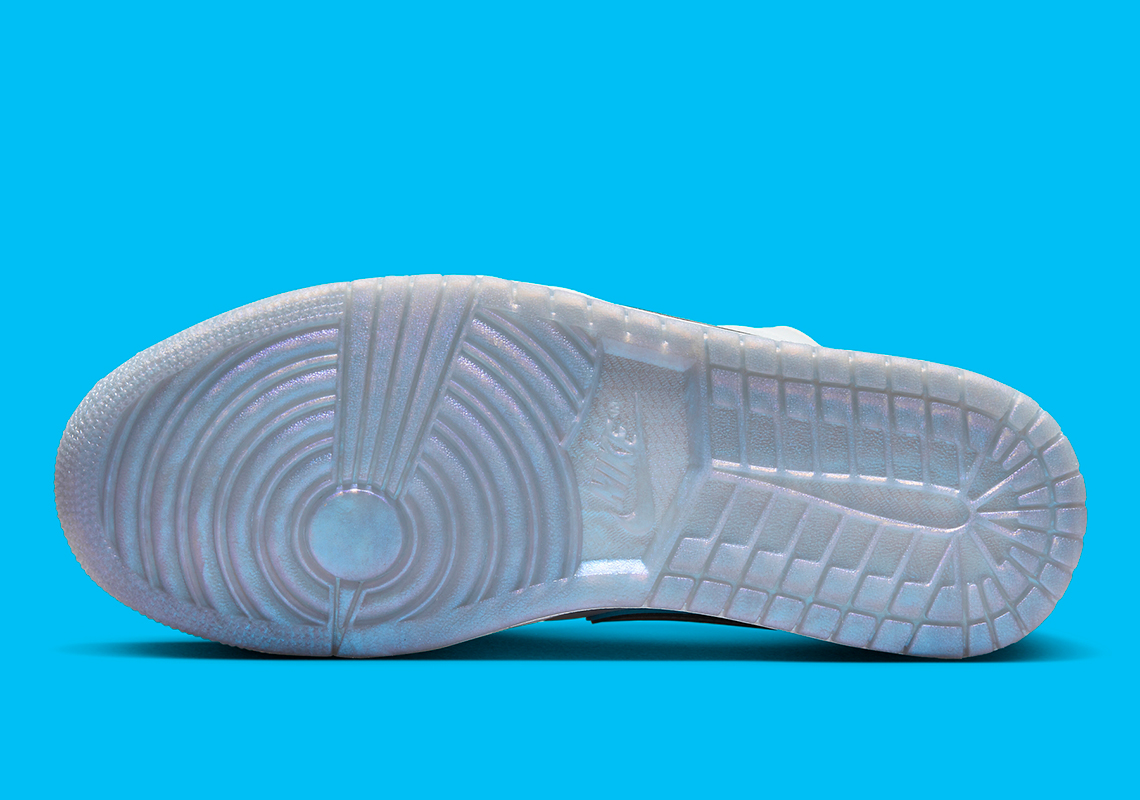 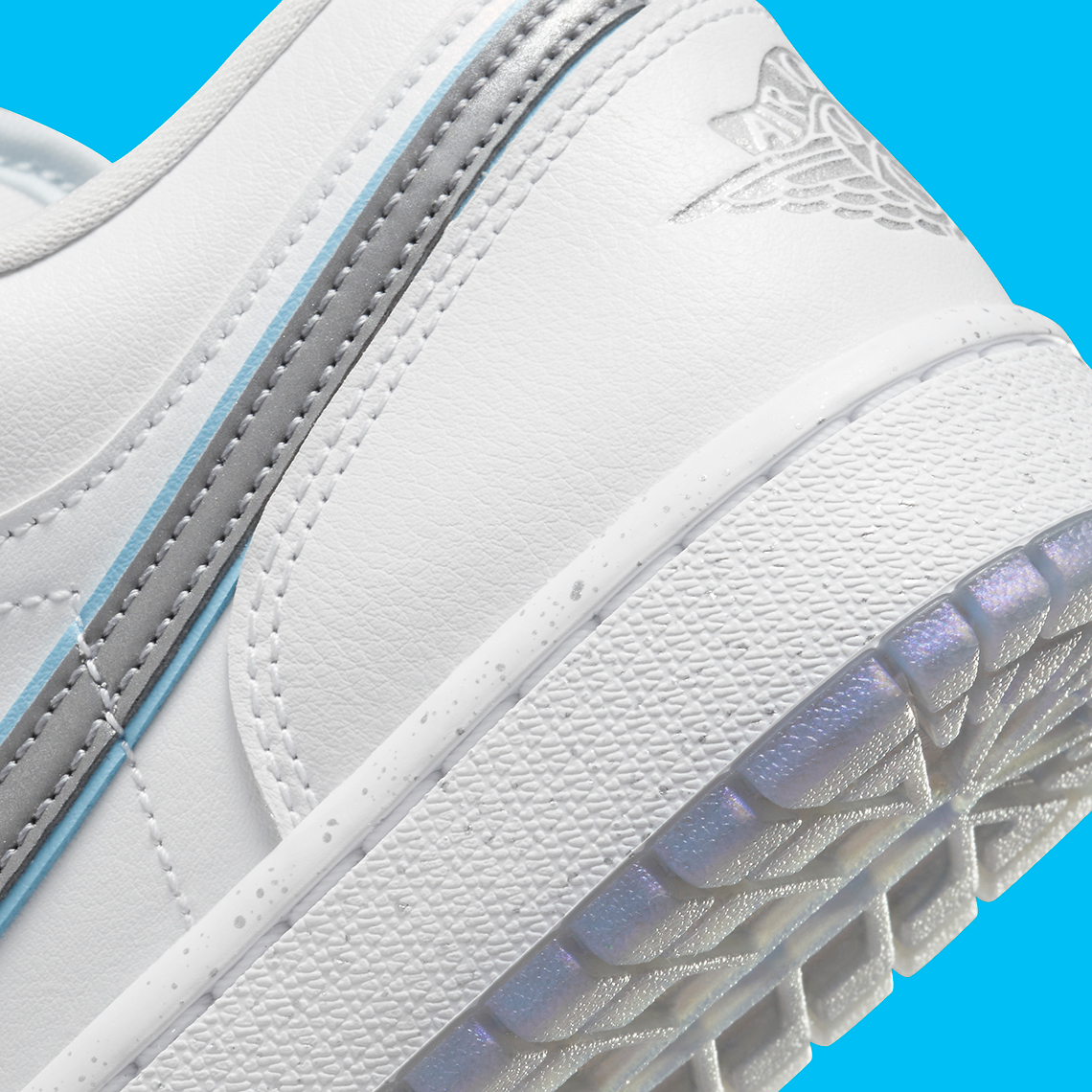 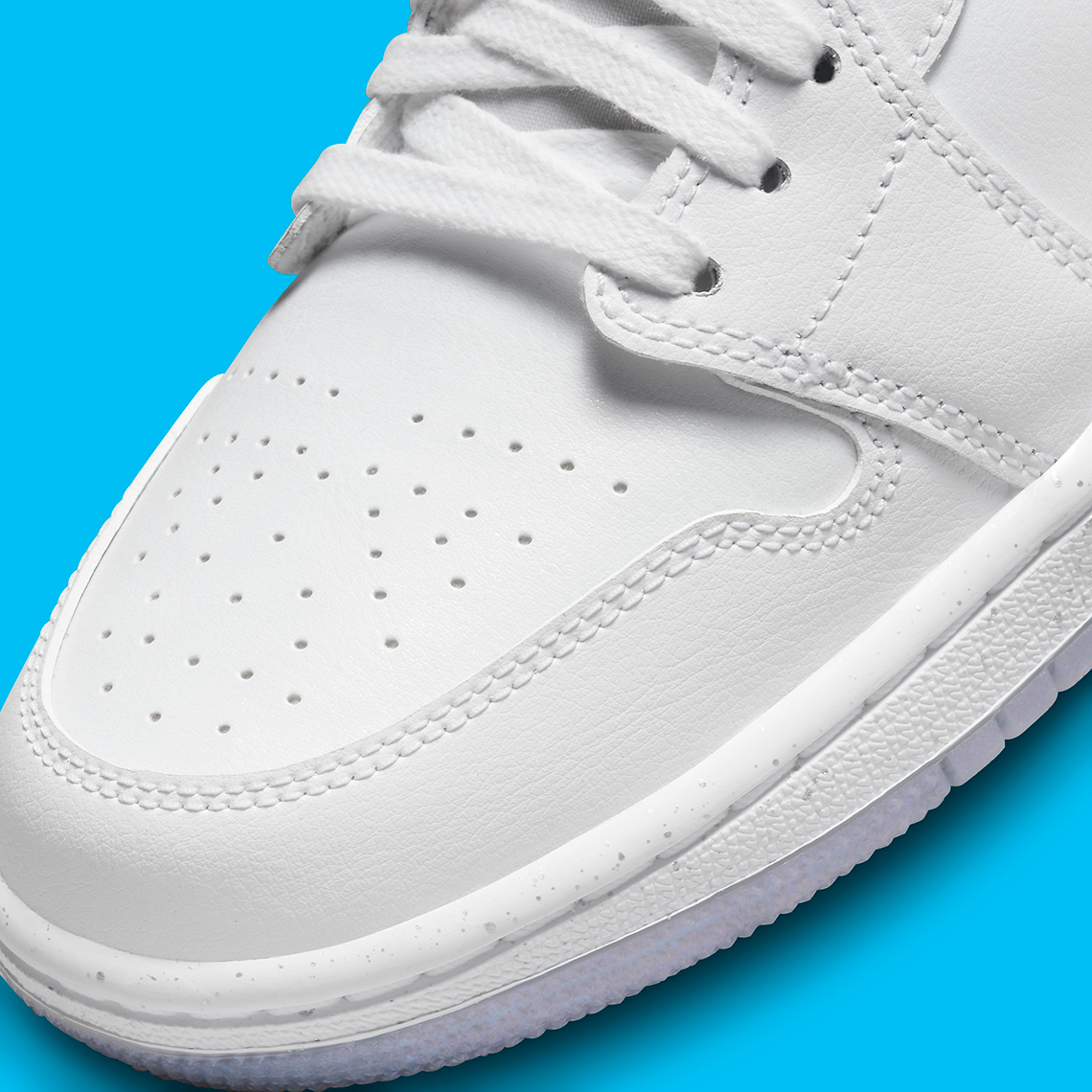