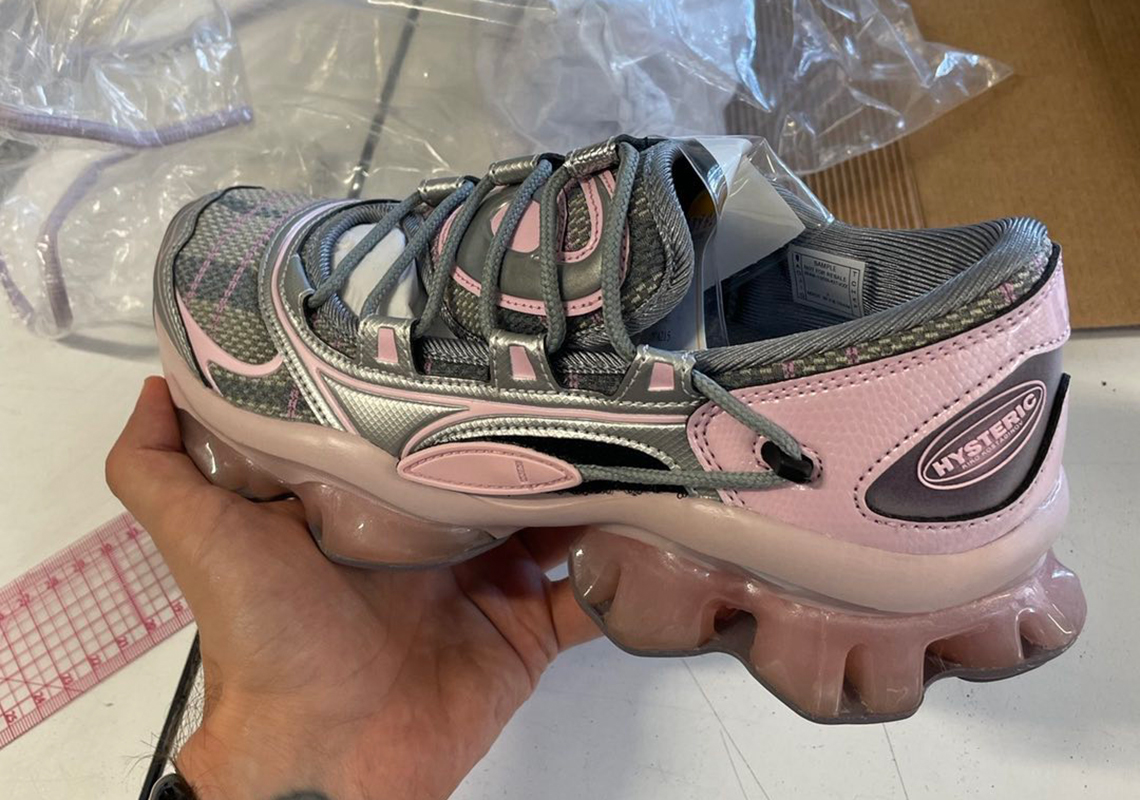 HYSTERIC GLAMOUR, Kiko Kostadinov, And ASICS Combine The GEL-AURANIA With the GEL-QUANTUM LEVITRACK

When Kiko Kostadinov and ASICS announced their Sportstyle line-up back in 2020, it was revealed that the two’s co-branded relationship would effectively come to an end. But following a three-way collaboration with Brain Dead and the debut of the GEL-QUANTUM LEVITRACK, it’s clear that’s not quite the case. The Bulgarian designer’s name is even about to mark yet another collection of ASICS, one that also taps into the talents of iconic Japanese label HYSTERIC GLAMOUR.

Following numerous teasers, an in-hand look at the upcoming collaboration has finally been unveiled. Much like previous women’s releases in the Kiko Kostadinov x ASICS catalog, these were designed by twin duo Laura and Deanna Fanning, both of who are responsible for the label’s womenswear. The shoes themselves, besides a few tweaks, are a repeat of the GEL-Aurania that originally released back in April of 2020. Here, the shoe’s upper is clad once again in leather and mesh; the colorway, however, is much more playful, with pink and silver panels wrapping over top a plaid-patterned base. Below, the sole — whose design is pulled straight from the GEL-QUANTUM LEVITRACK — is brushed in similar albeit more muted floral shades.

For a closer look at this team up between HYSTERIC GLAMOUR, Kiko Kostadinov, and ASICS, see below. According to previous teasers, this pair should be accompanied by another colorway. In time, better images and more release details should appear.

In other news, have you seen the New Balance 990v3 Olive Leaf?