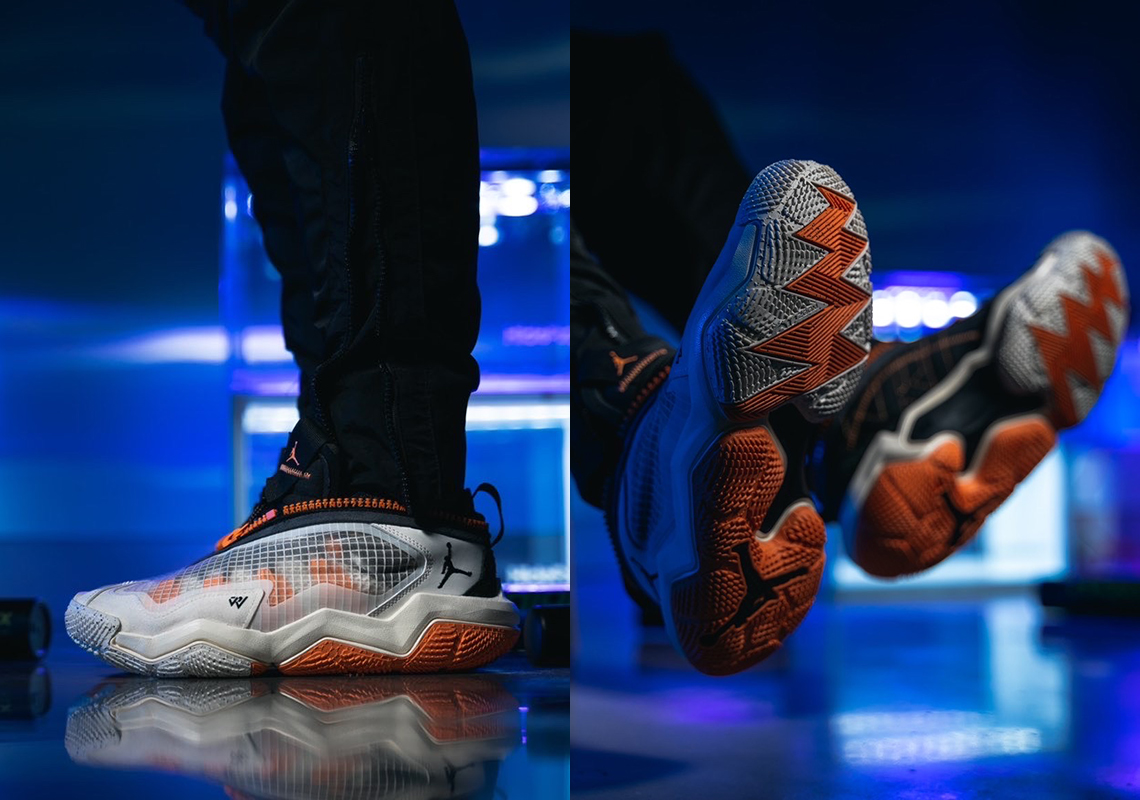 Best Look Yet At Russell Westbrook’s Jordan Why Not .6

While rumors continues to swirl regarding Russell Westbrook’s long-term residency in LA, Jordan Brand has been toiling away behind the scenes on the triple-double King’s next signature silhouette. Having been teased here and there, our best look at the Jordan Why Not .6 has just been revealed in a synonymous “Shattered Backboard” aesthetic.

While no official technical specifications have been released for Westbrook’s sixth signature, up-close imagery now provides a detailed look at the overall piece of work. Wrapping the internal workings in a semi-translucent grid-layer, “Sail” coated suede overlays enact a protective mudguard at the forefoot while its heel counter matches the rough textile but in a jet-black outfit. The laceless proposition scraps its typical tightening system for a zipper shroud that’s intricate detailing is expressed by a repeating “WHY NOT”.

Elsewhere, overlays that extend from the translucent upper continue to brighten the overall proposition in tandem with its midsole directly underfoot, whereas the medial side, upper tongue construction and the heel’s Jumpman insignia further lay claim to the pitch-dark ensemble. In contrast, bright orange hues liven the overall composition through its tread, zipper and medial side’s embroidery in conclusion.

Enjoy a detailed look at the Jordan Why Not .6 while we sit tight on official release information expected to be shared within the coming months.

In other news from the Beaverton-based brand, the Nike Air Force 1’s latest “Color of the Month” offering now employs detailed leathers. 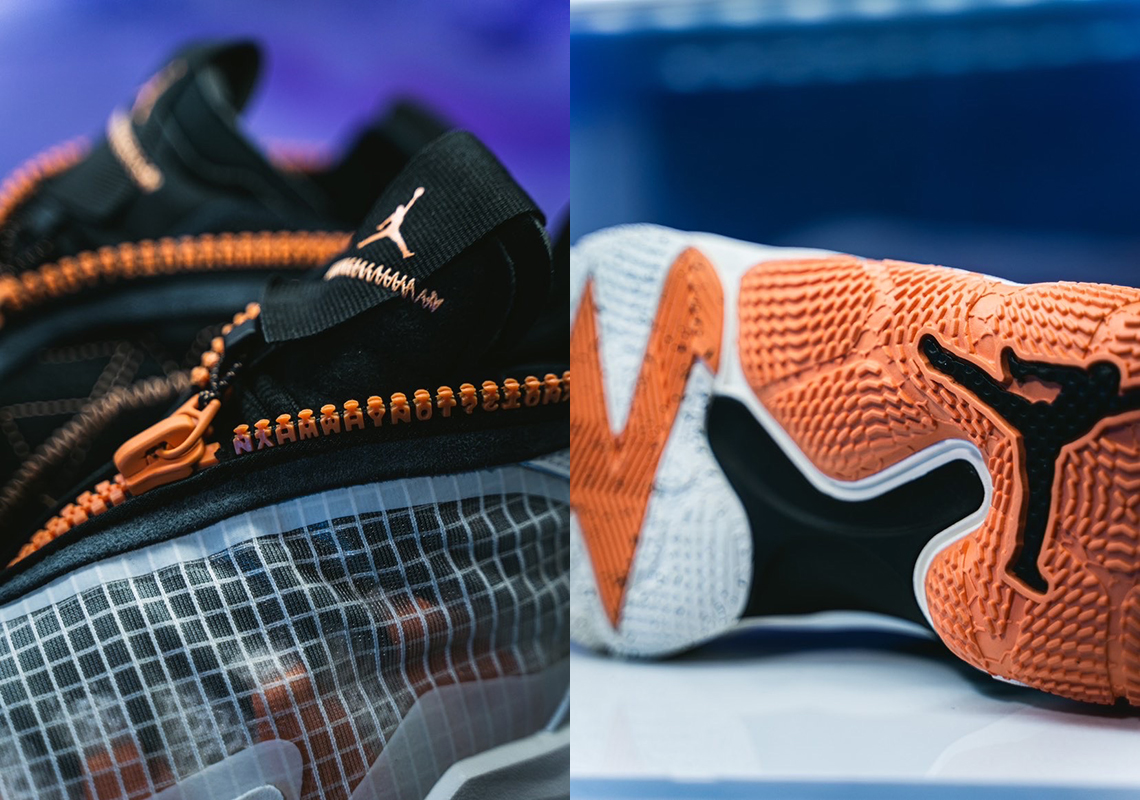 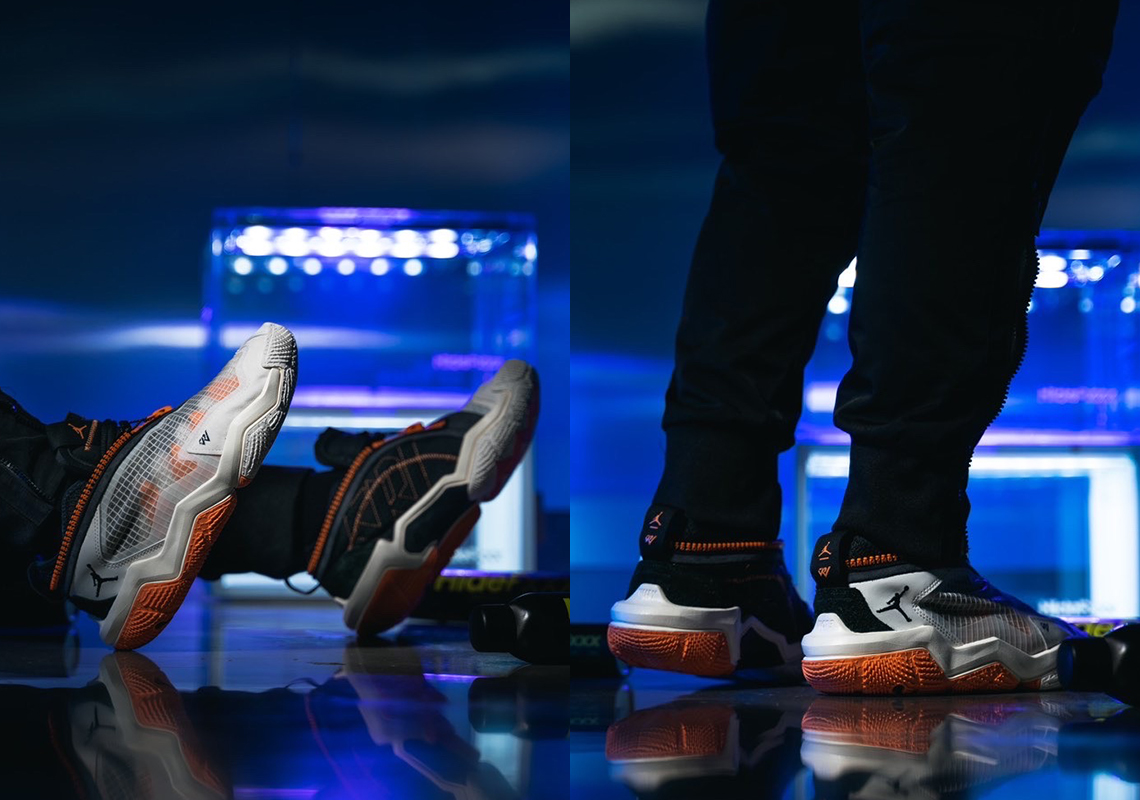 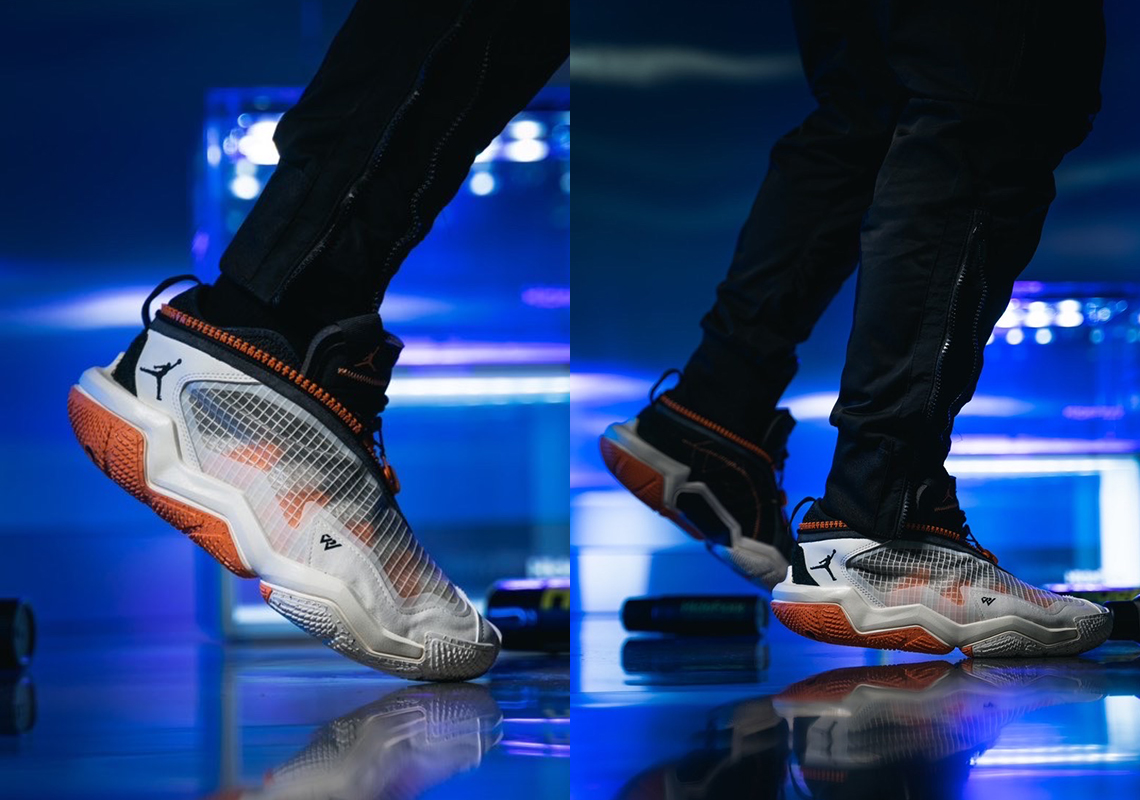 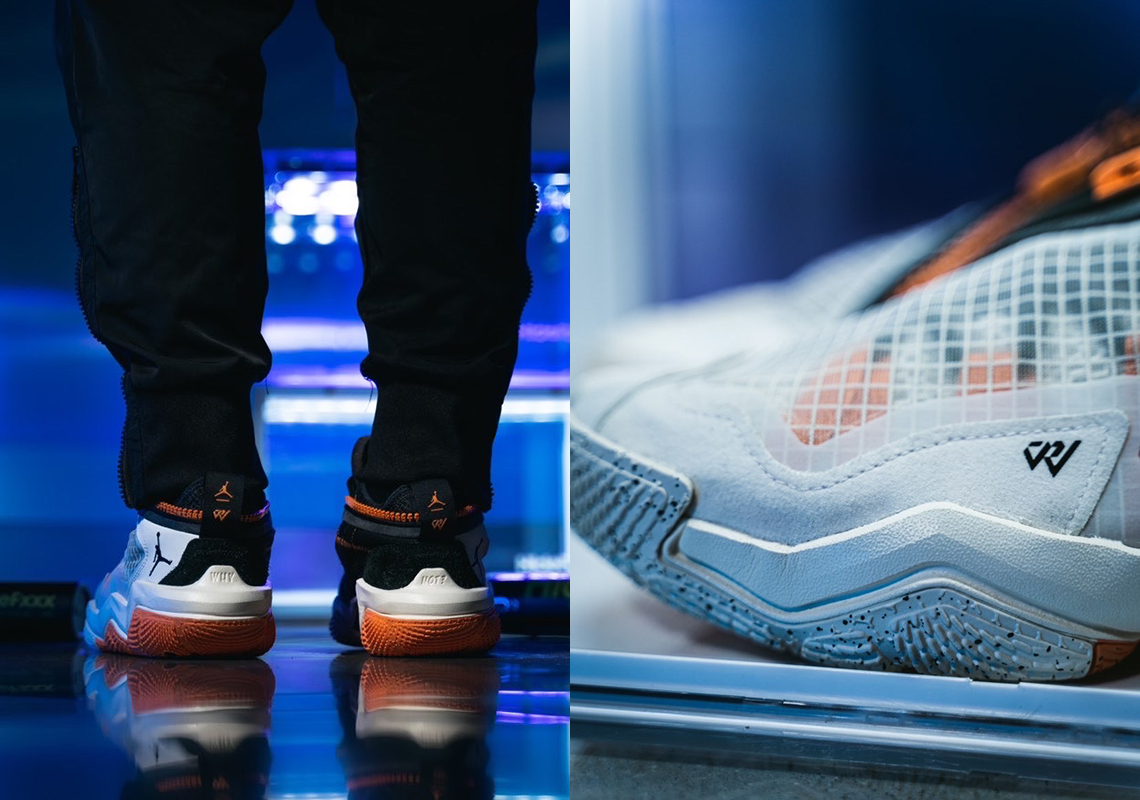 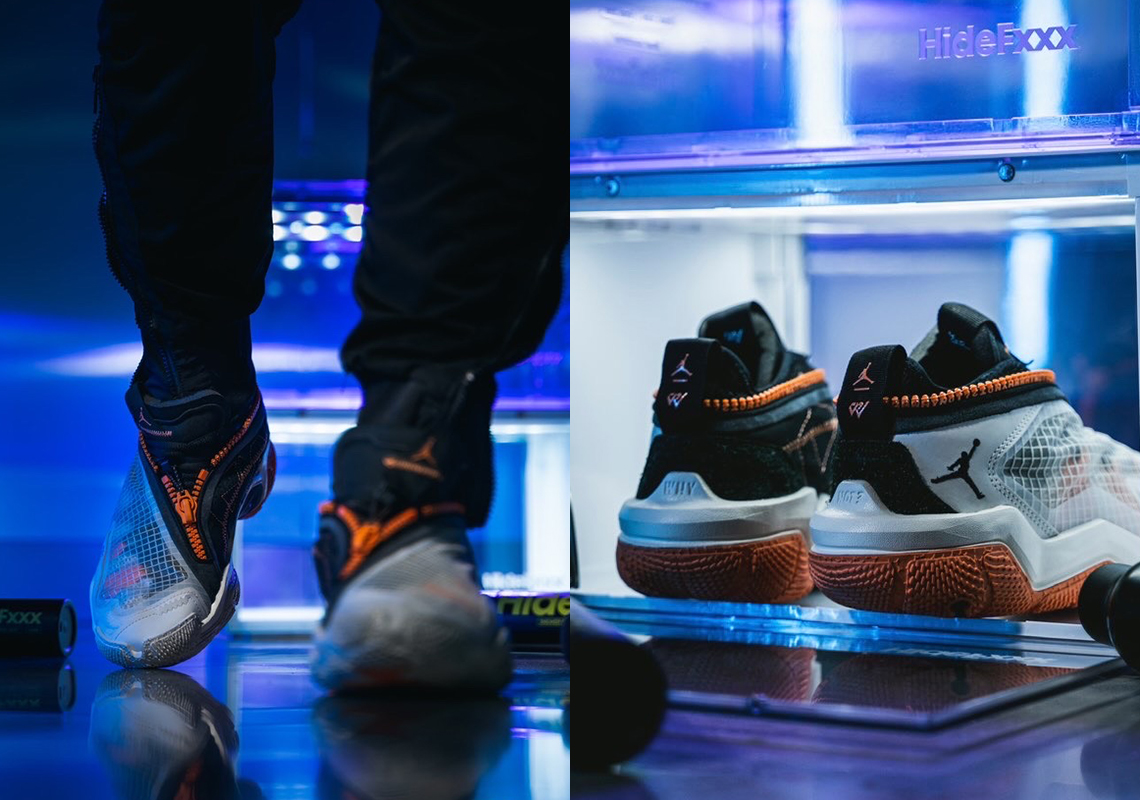