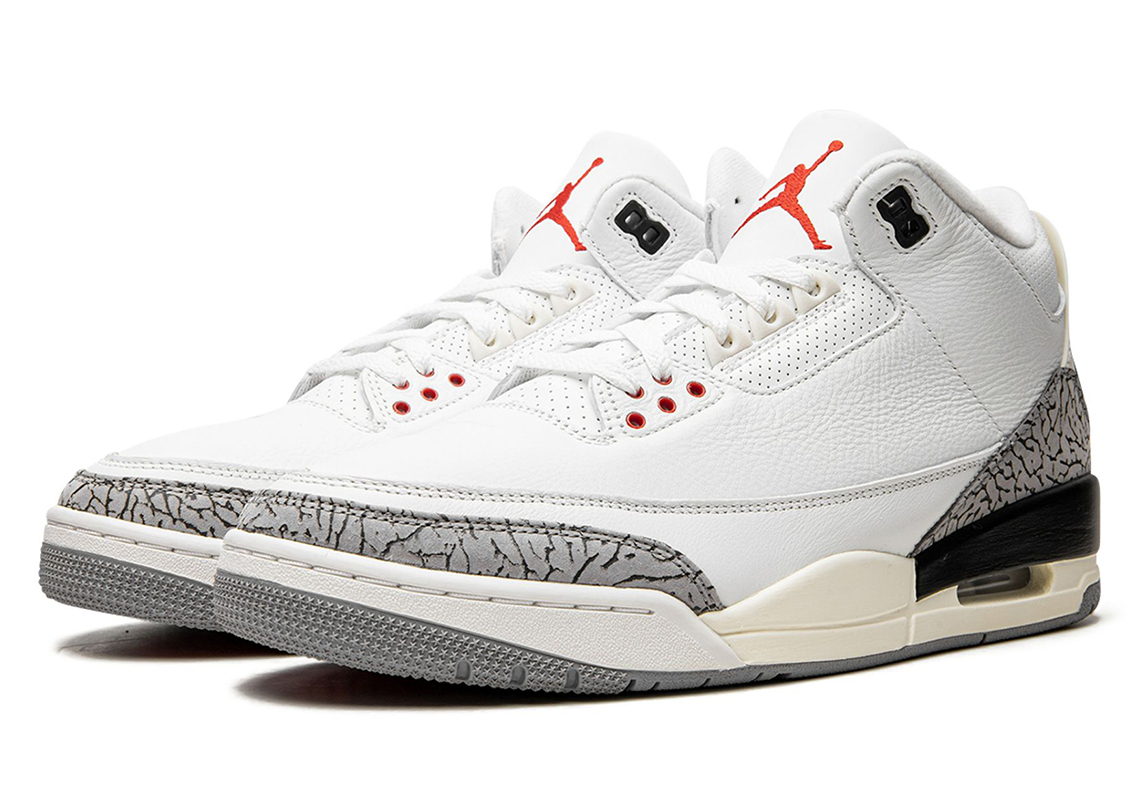 Introduced by way of the Air Jordan 1 “Lost & Found,” Jordan Brand’s “Reimagined” series takes much-beloved, time-honored classics and twists them ever-so-slightly. With the aforementioned, the “Chicago” colorway was thrust through a lens of nostalgia, aged up to better resemble a pair forgotten but rediscovered. The forthcoming Air Jordan 3 “Reimagined” — despite sharing the same namesake — is not quite as vintage-inspired, however.

Borrowing the likeness of the iconic Air Jordan 3 “White Cement,” this pair aims for a recreation much more faithful than the “Lost & Found.” Cracked leathers and chipped paints are nowhere to be seen; instead, the pair simply indulges in a light yellowing, which is applied to the eyestays, heel tab, and midsole. Elsewhere, the rest of the construction is much more pristine, mimicking many of the details — e.g. Cement Prints, white tumbled leathers, red detailing, etc — signature to the original.

For an early but detailed look at the Air Jordan 3 “Reimagined,” see below. According to previous reports, these are slated to release on March 11th, 2023.

Get the latest: Jordan Release Dates 2023

UPDATE 12/22/2023:
Detailed photos courtesy of Stadium Goods have been added below. 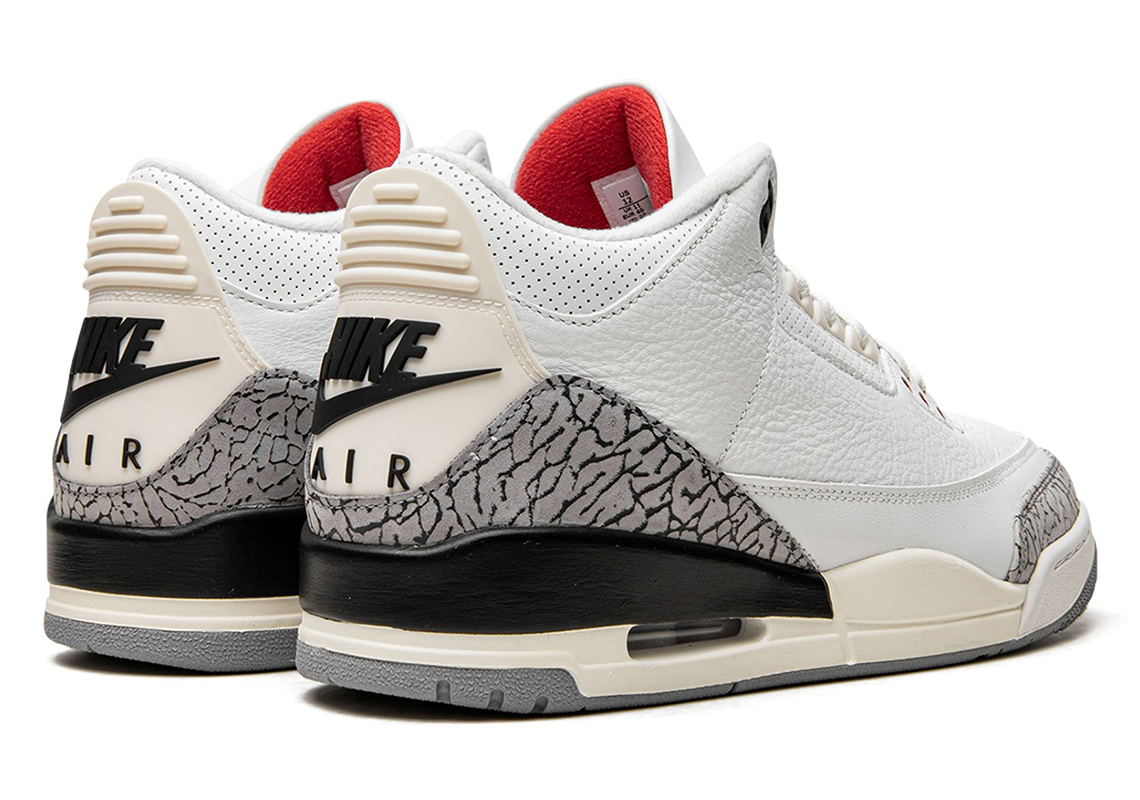 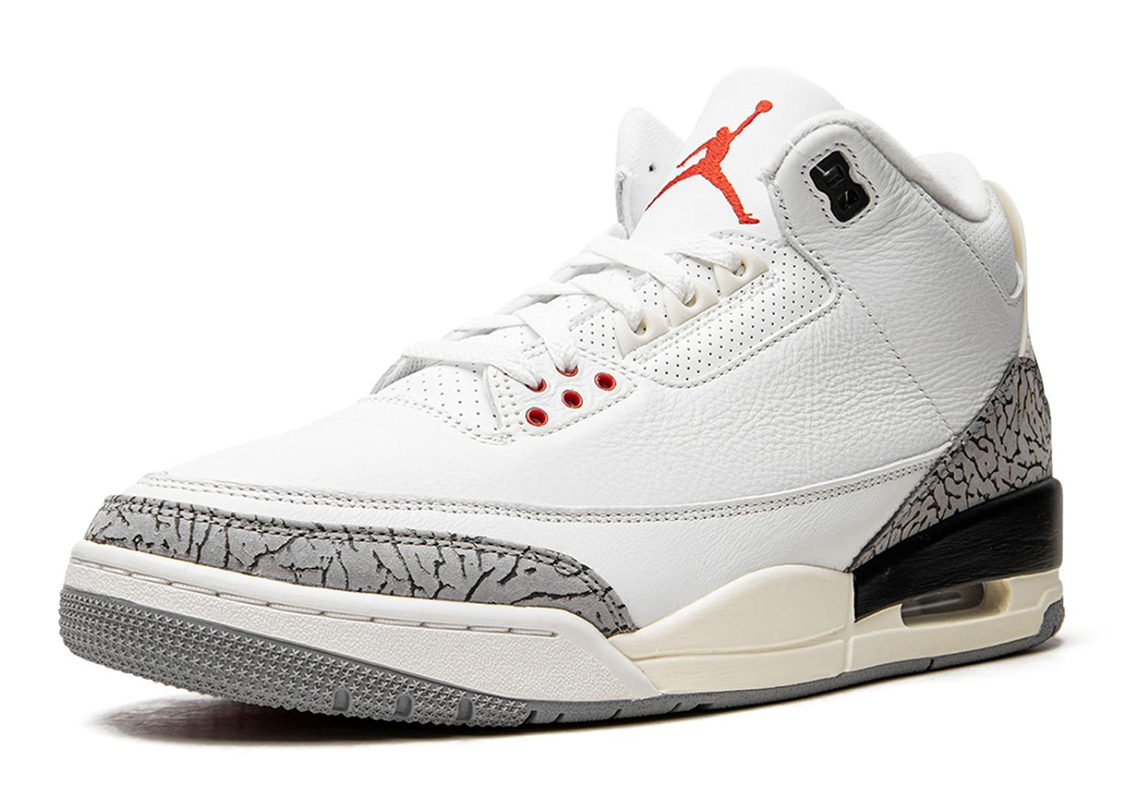 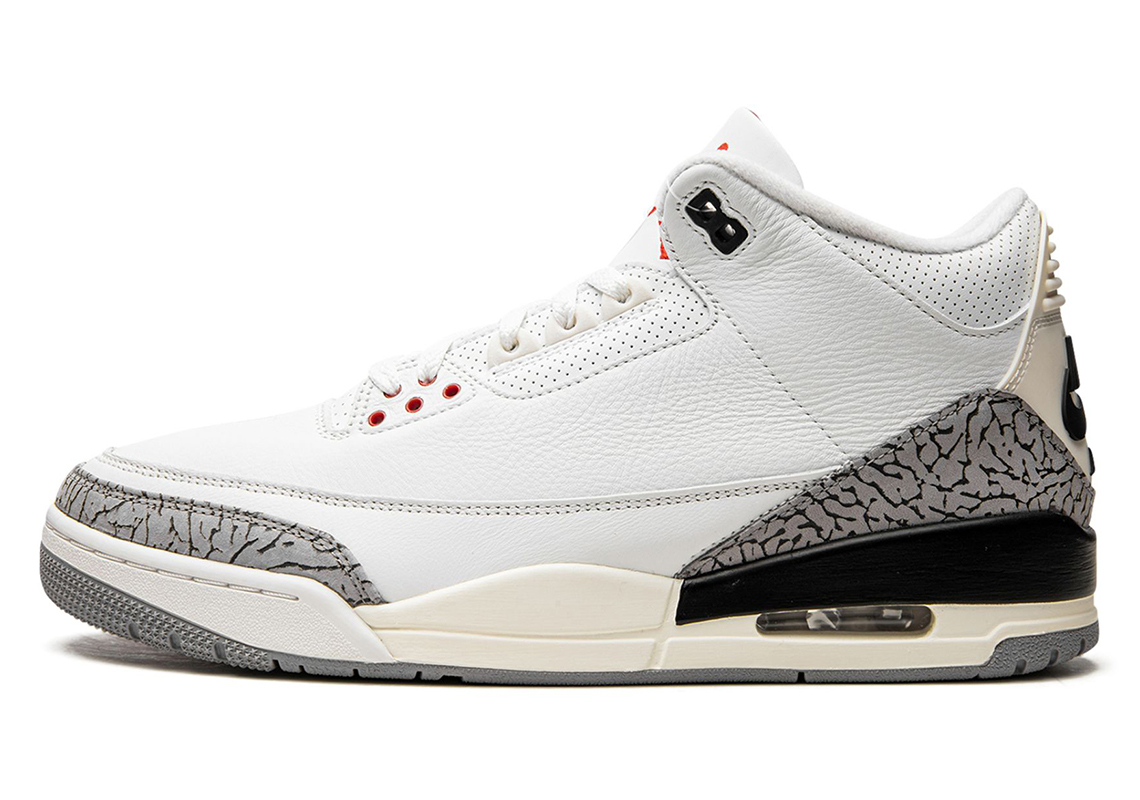 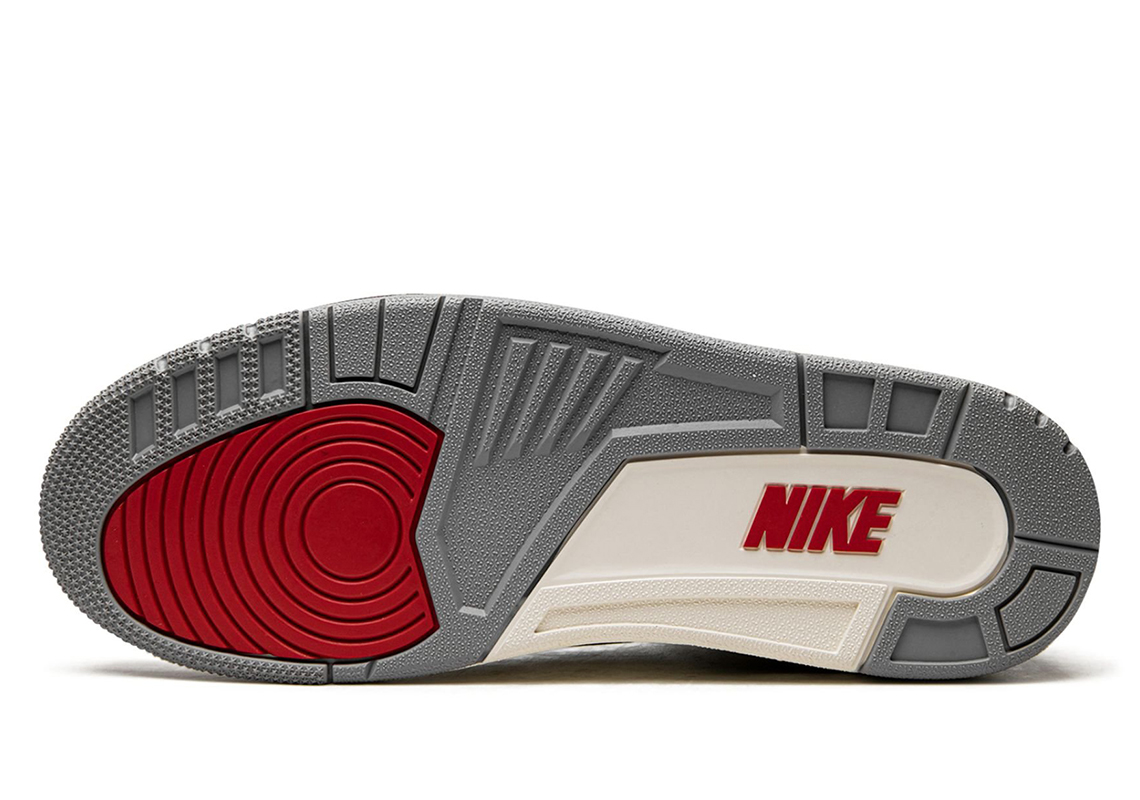 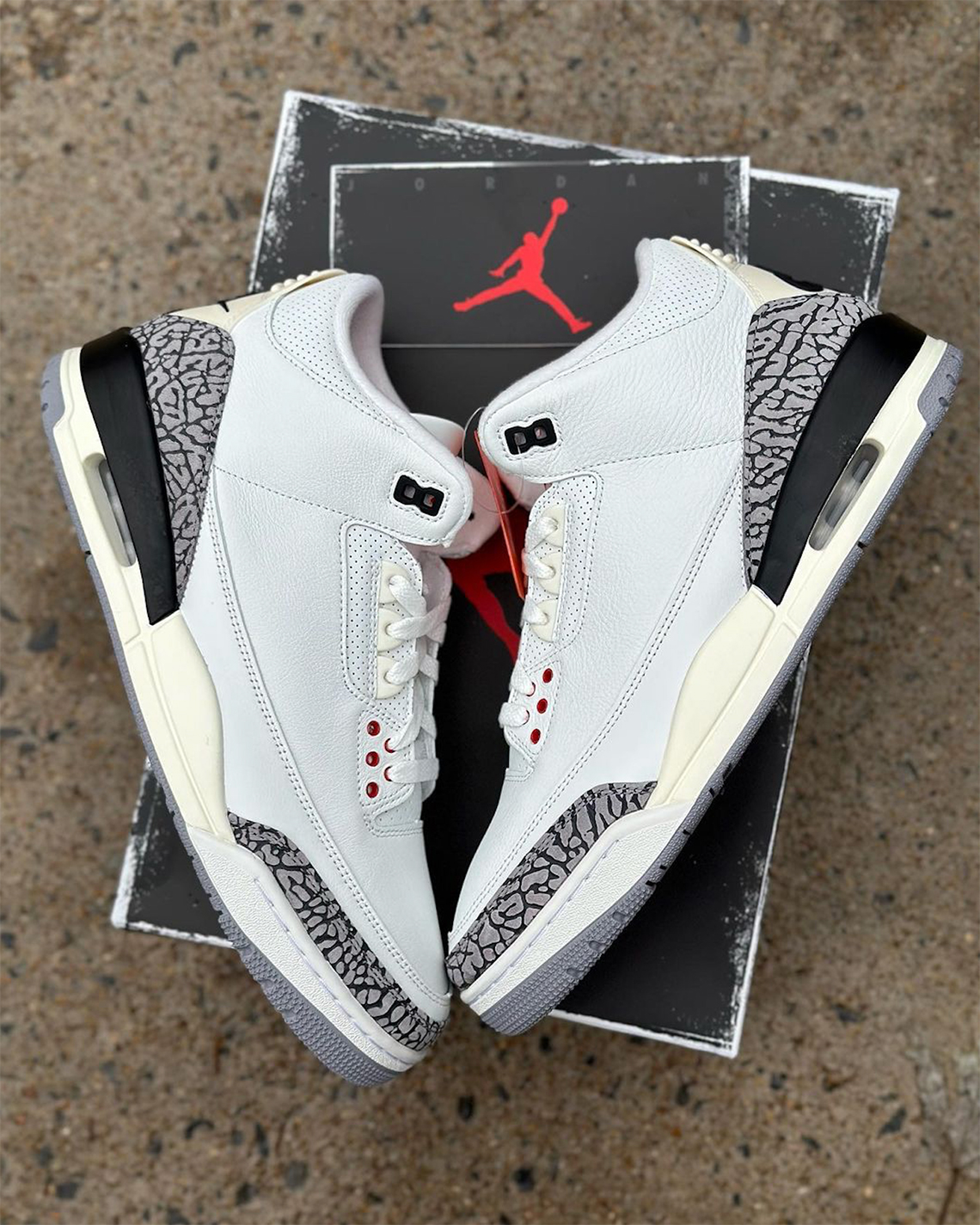 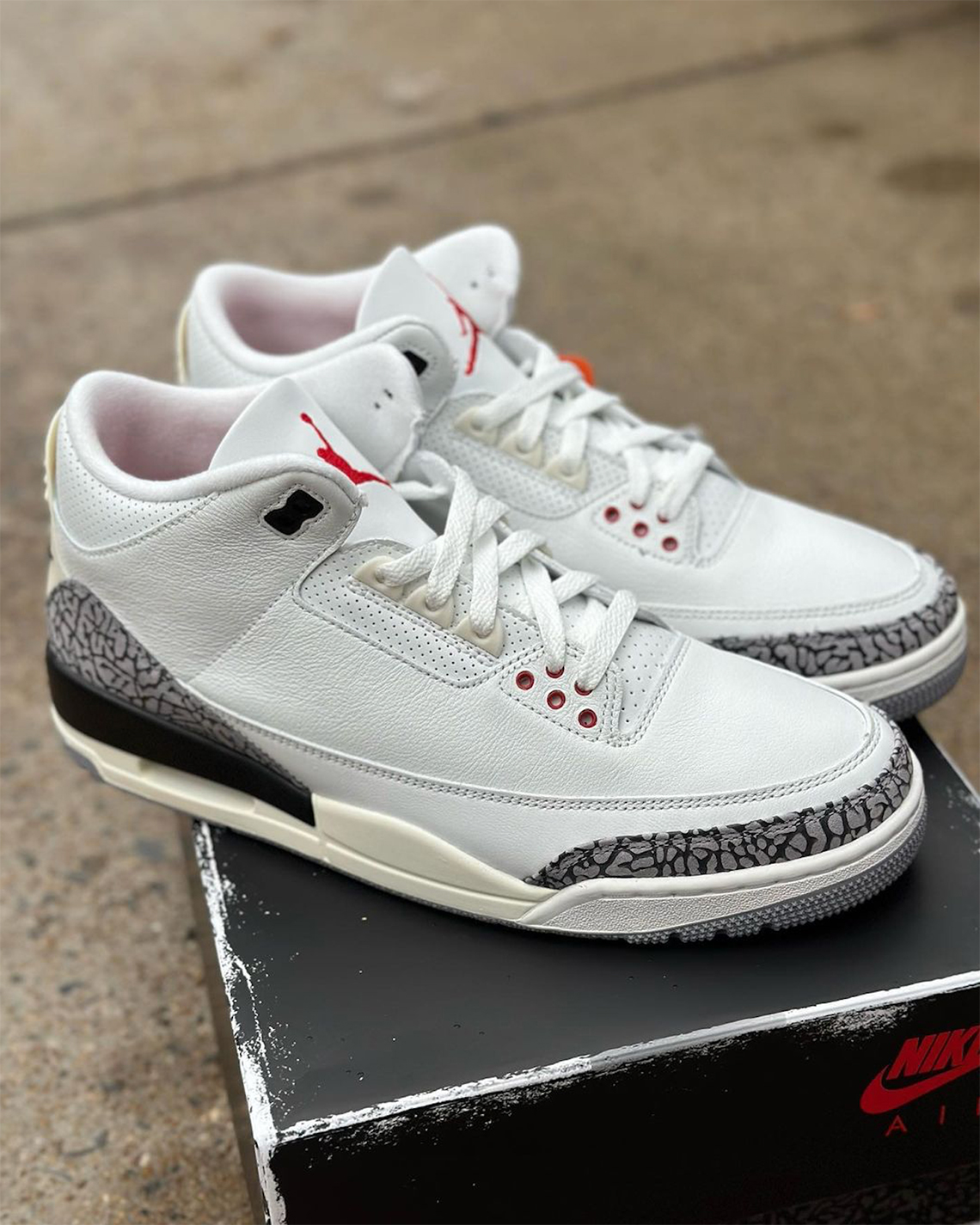 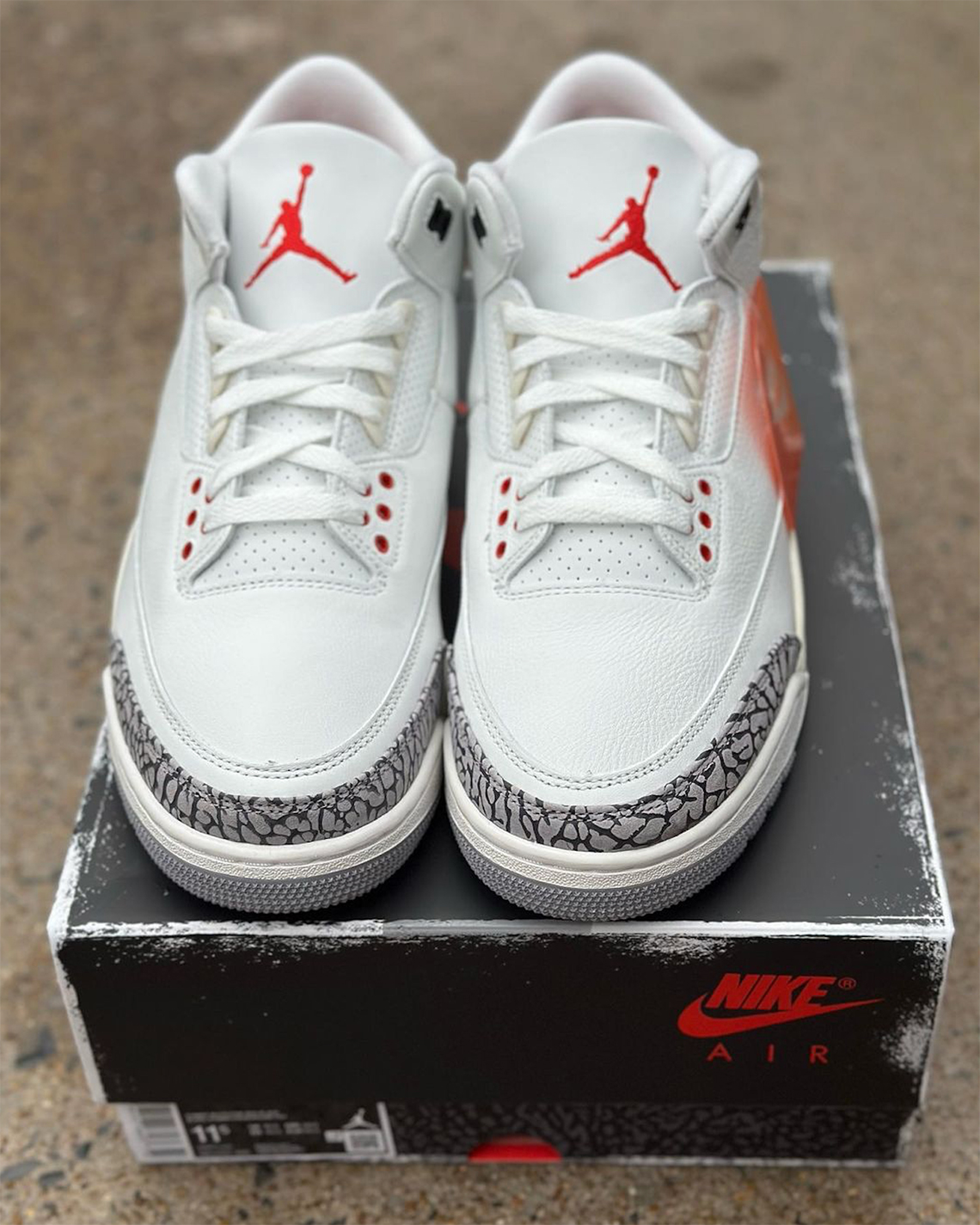 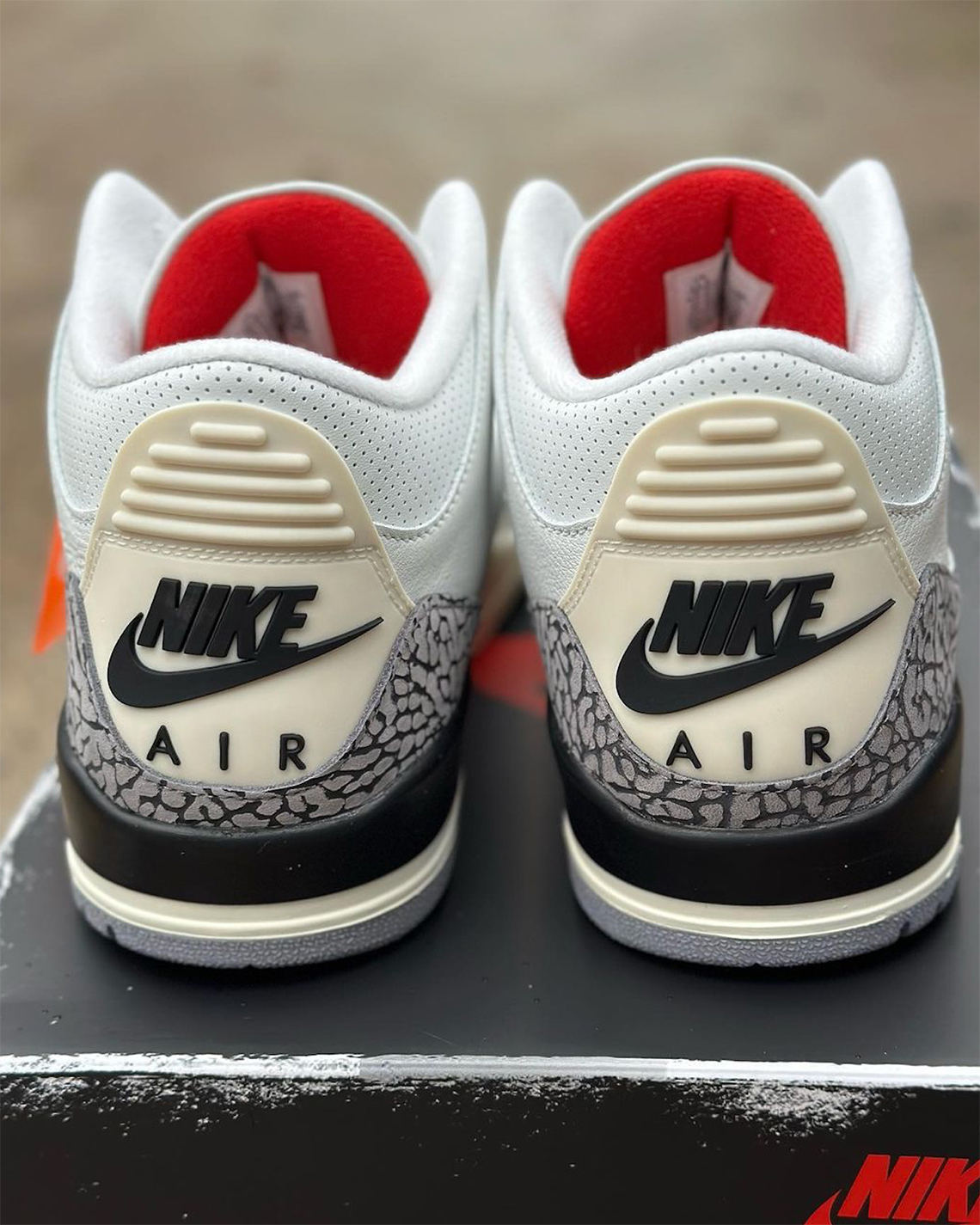 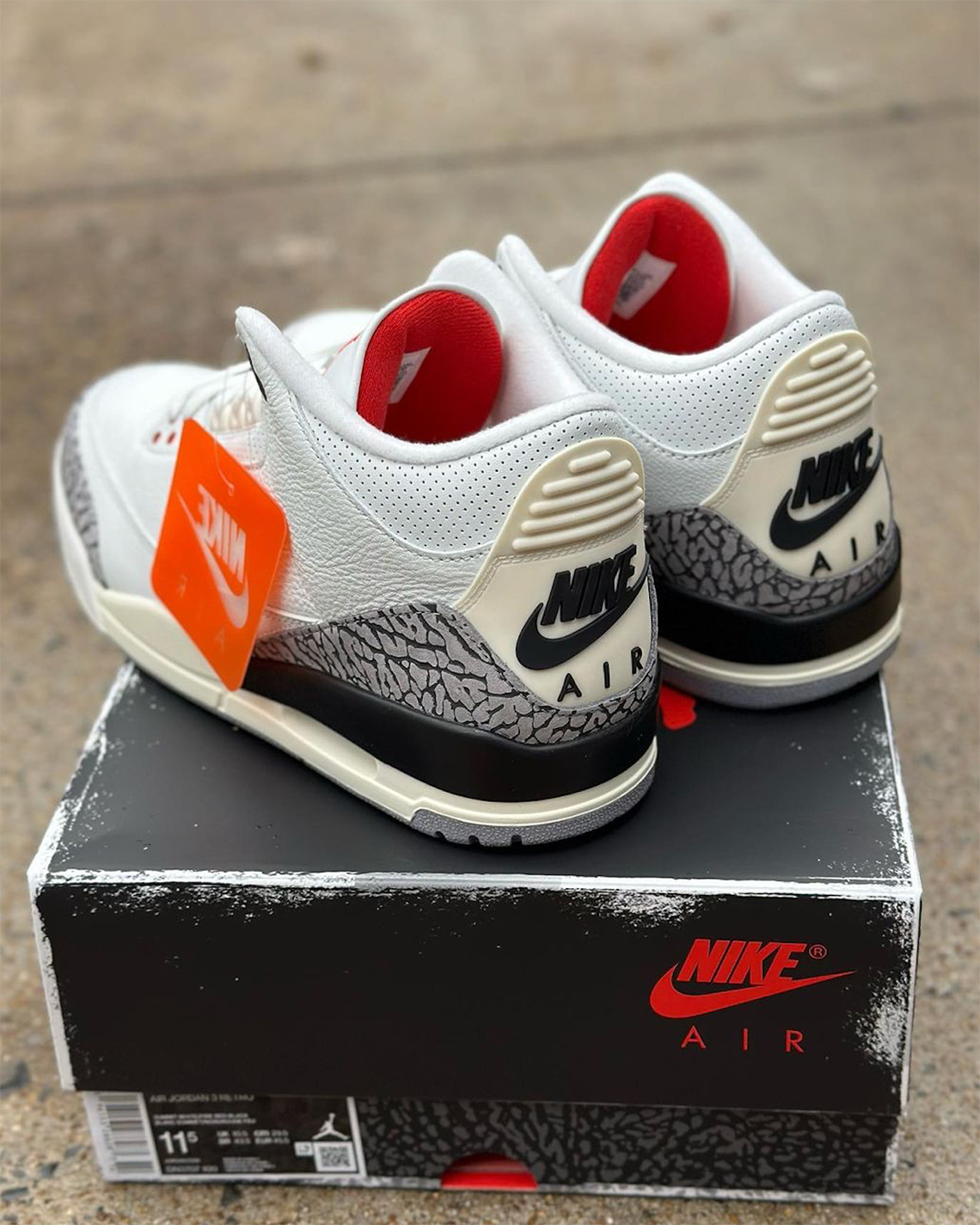 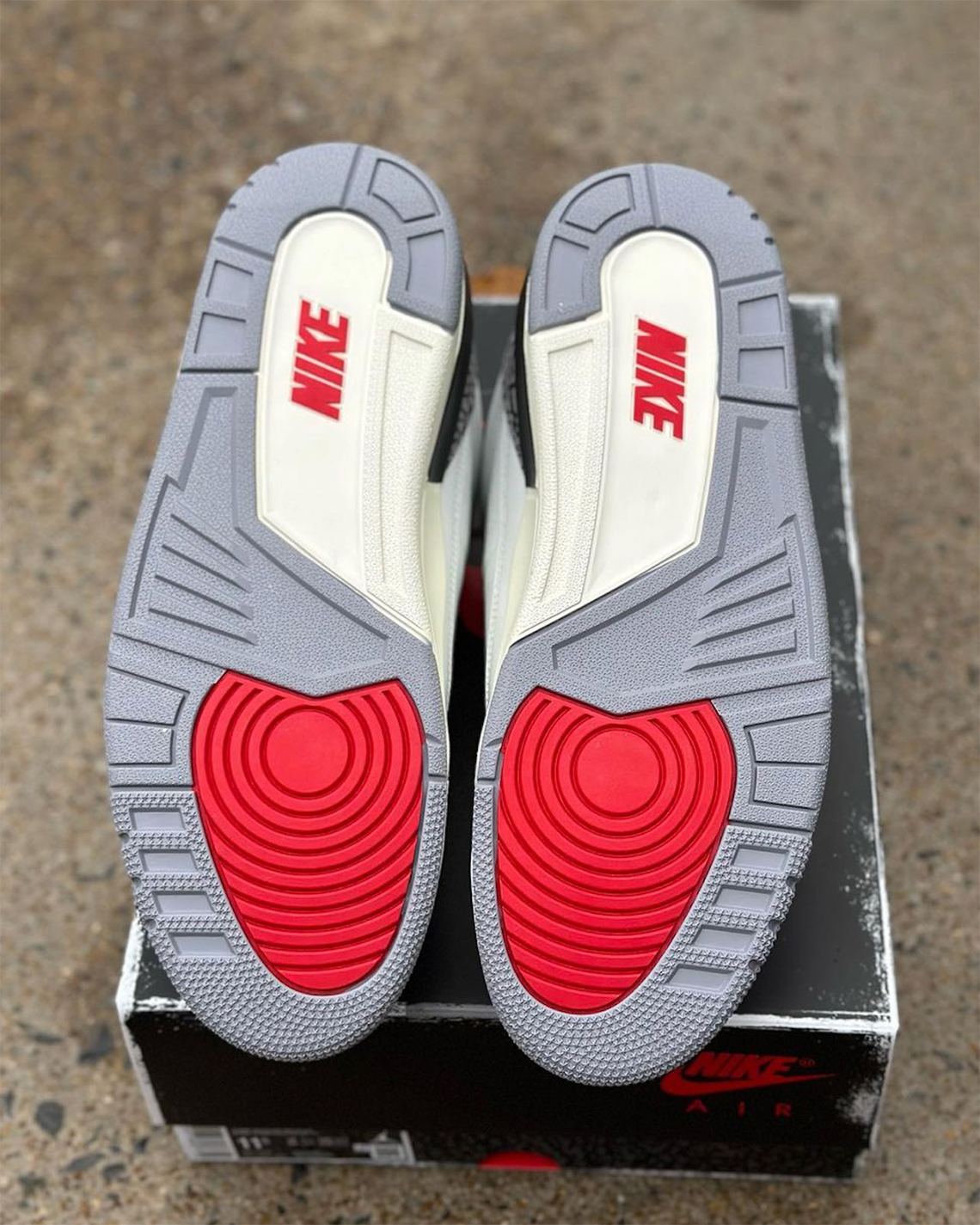 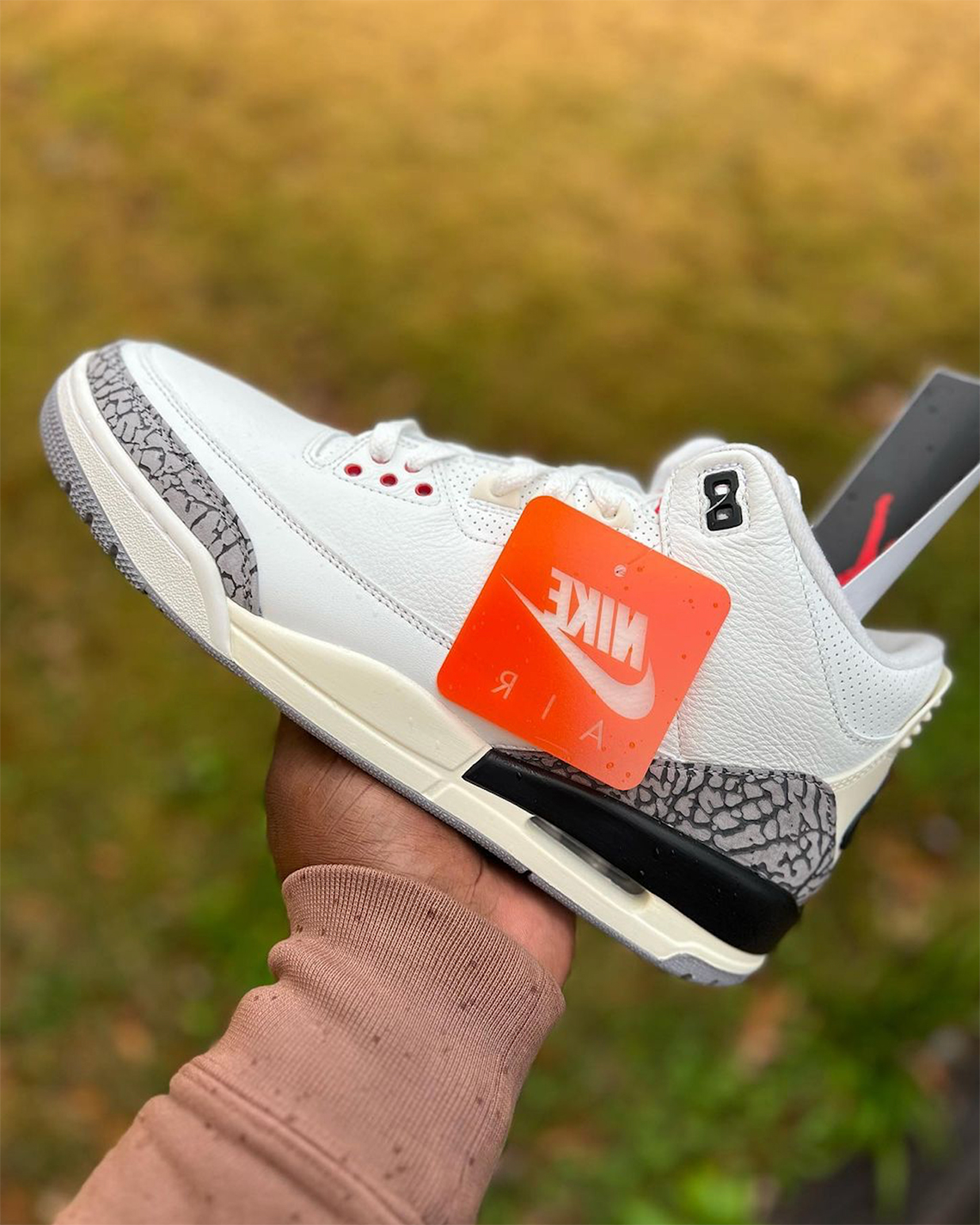 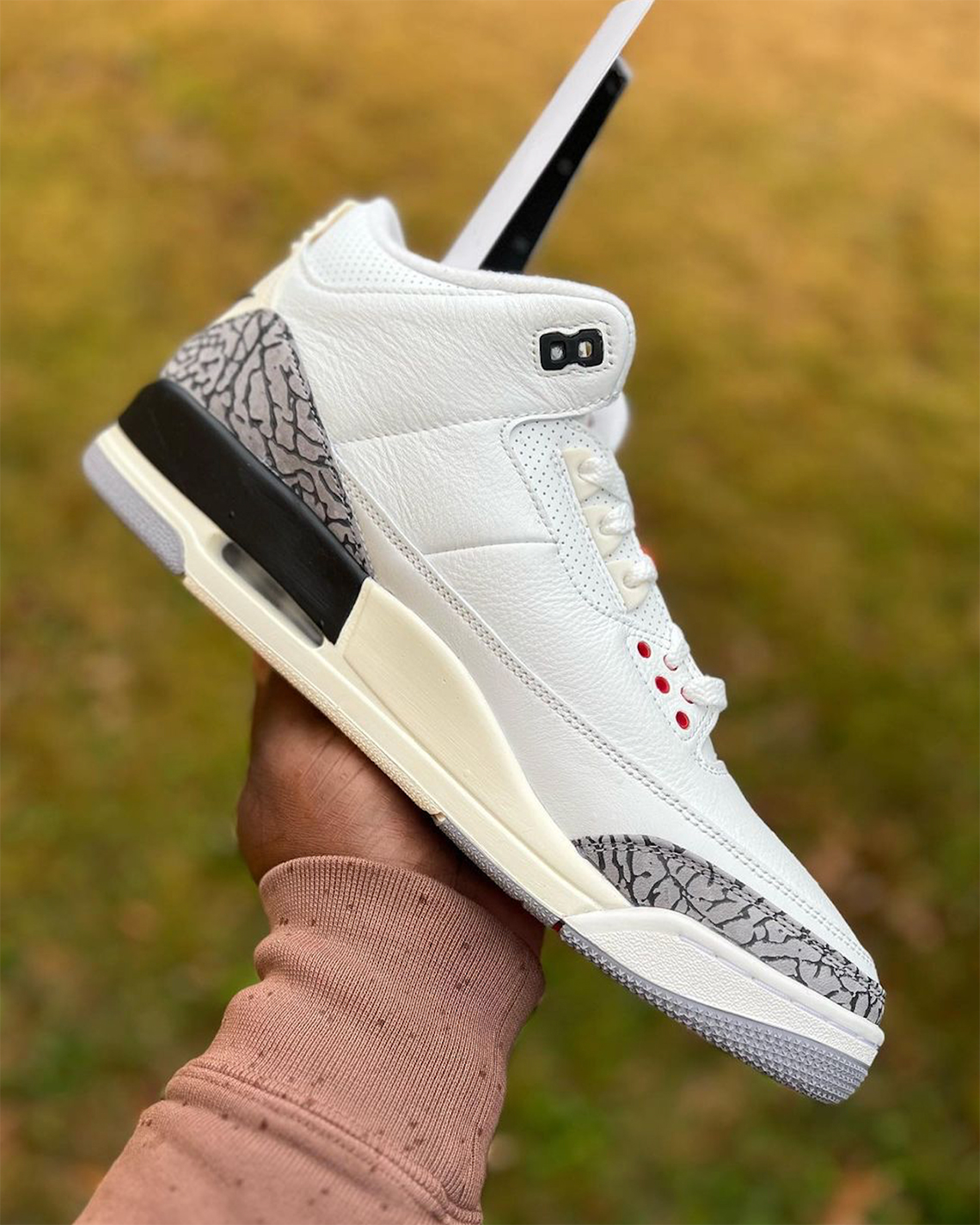 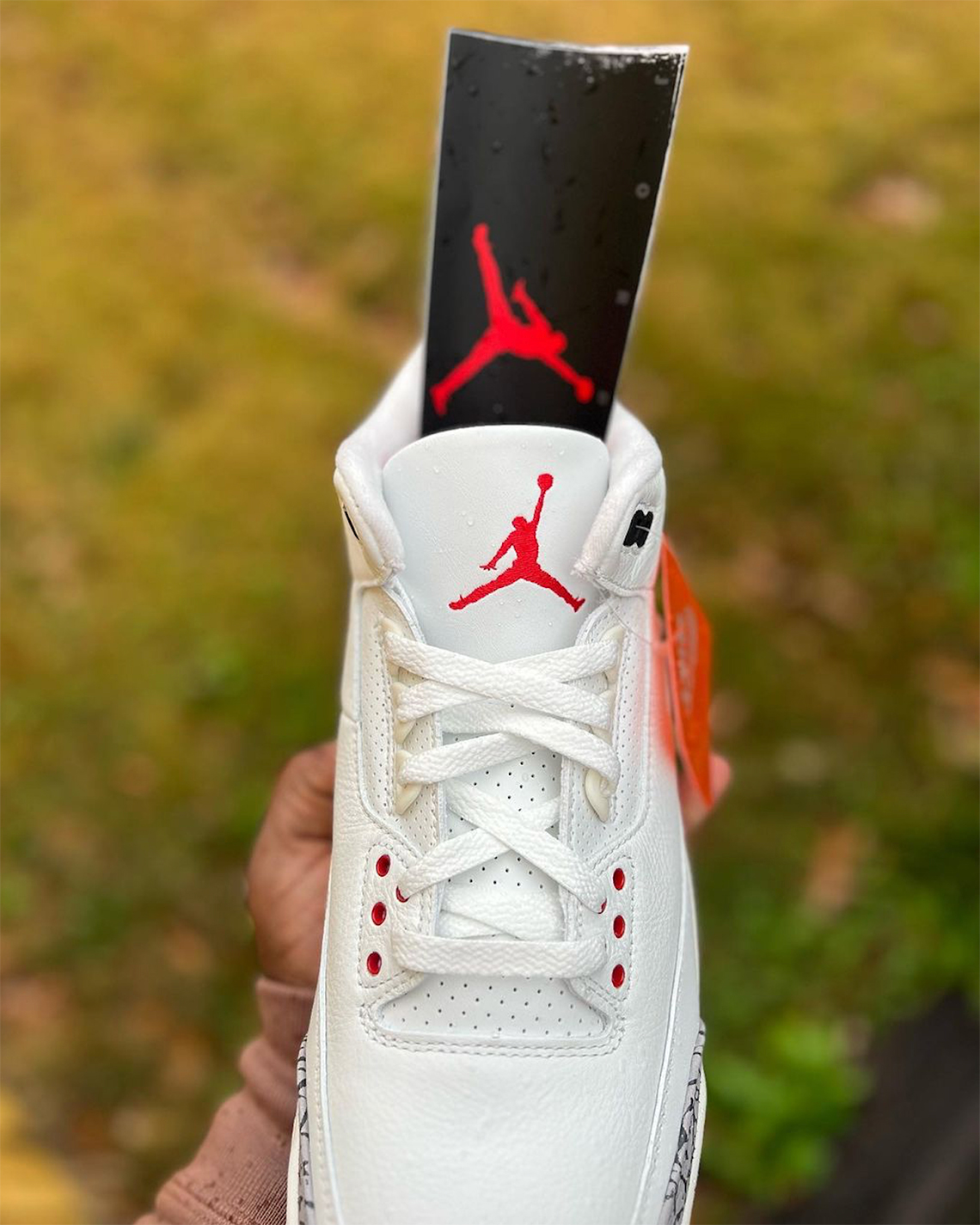 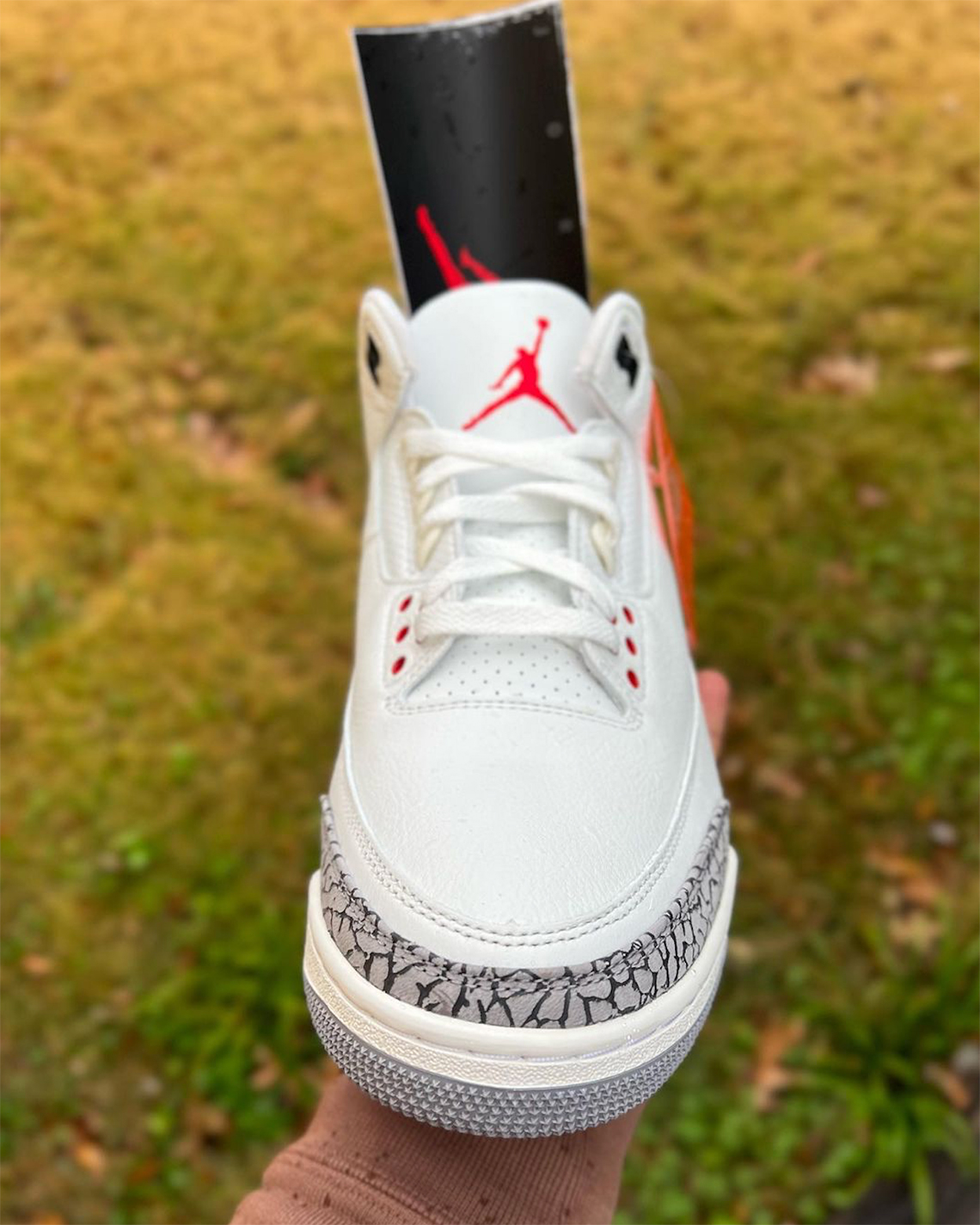 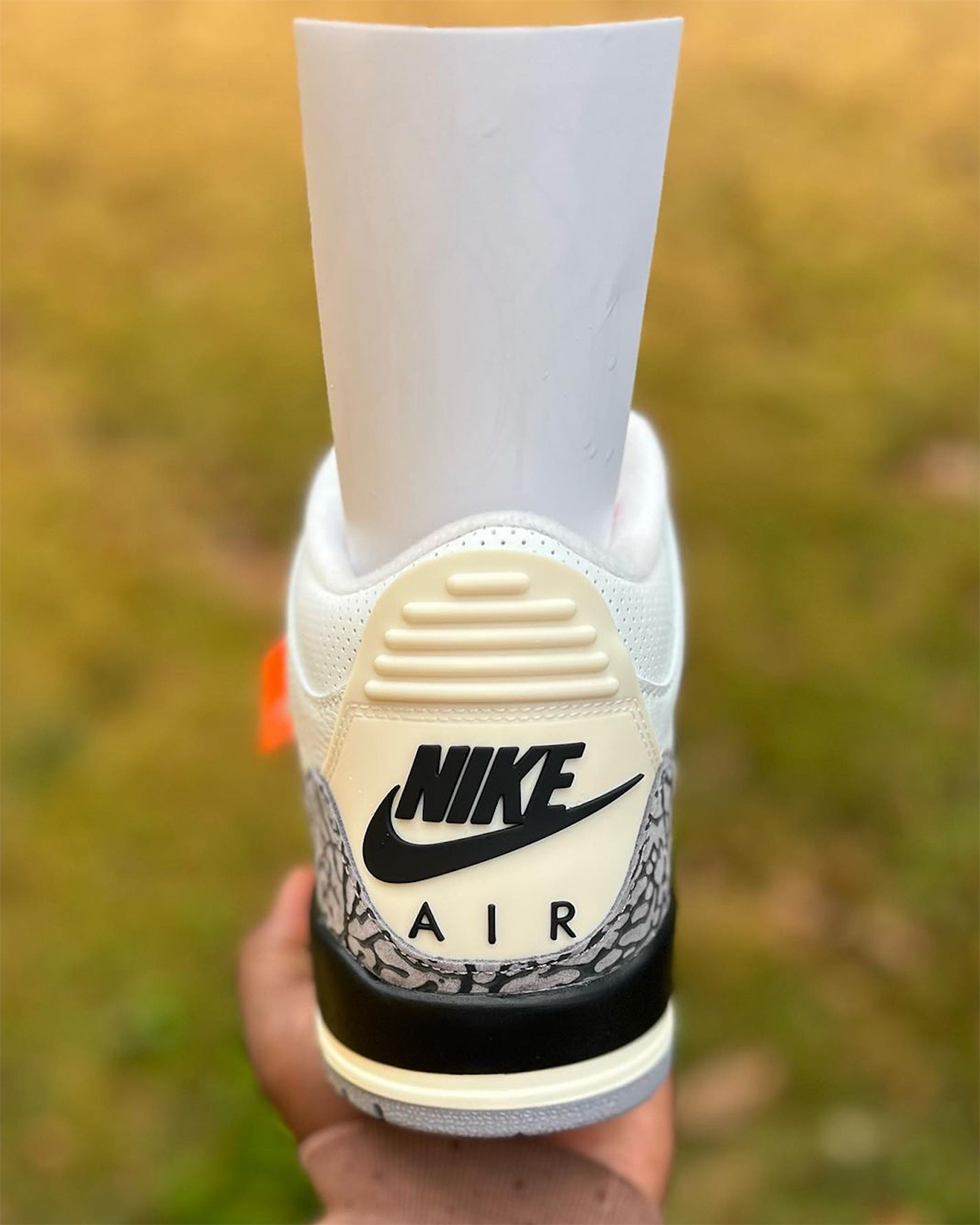 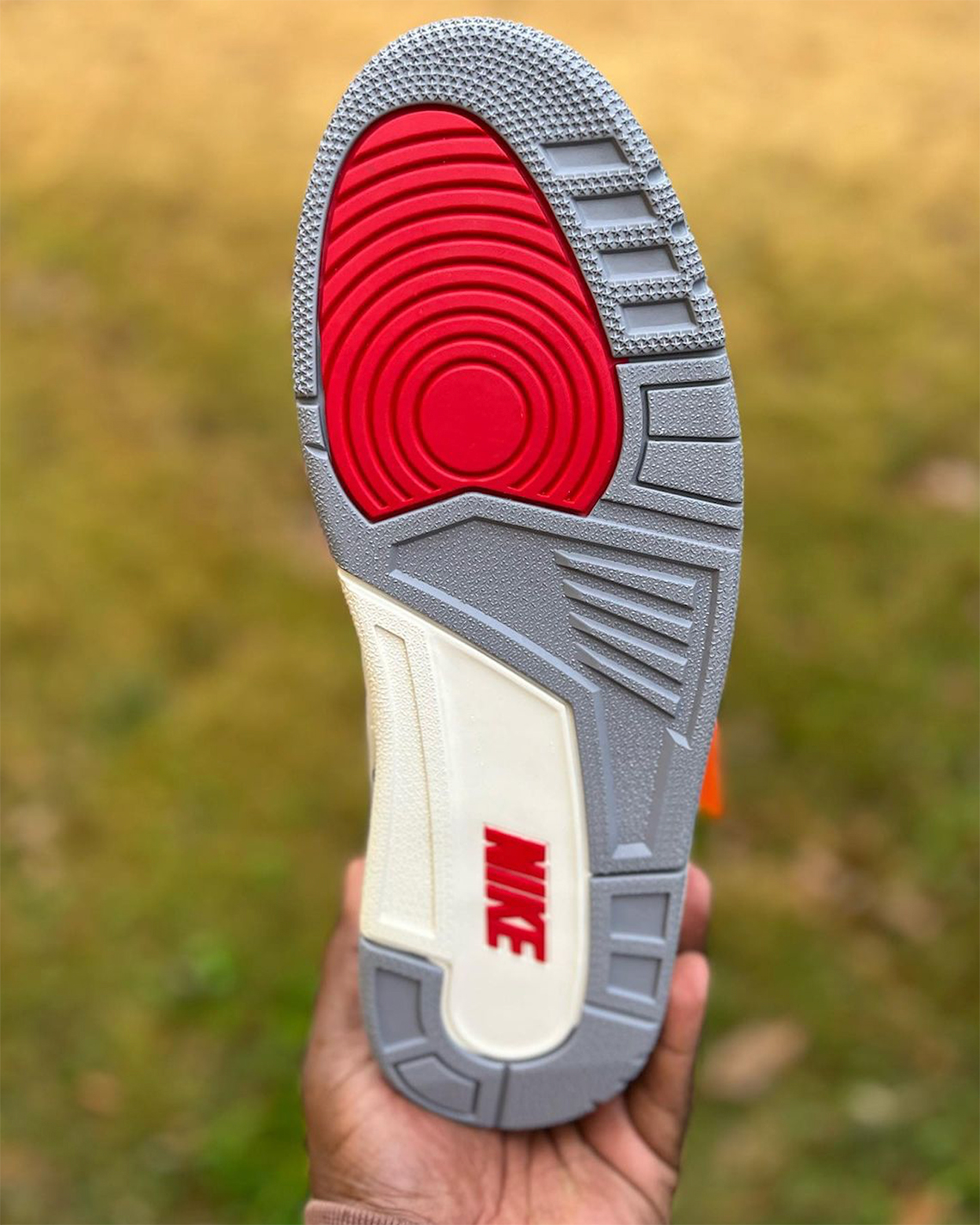