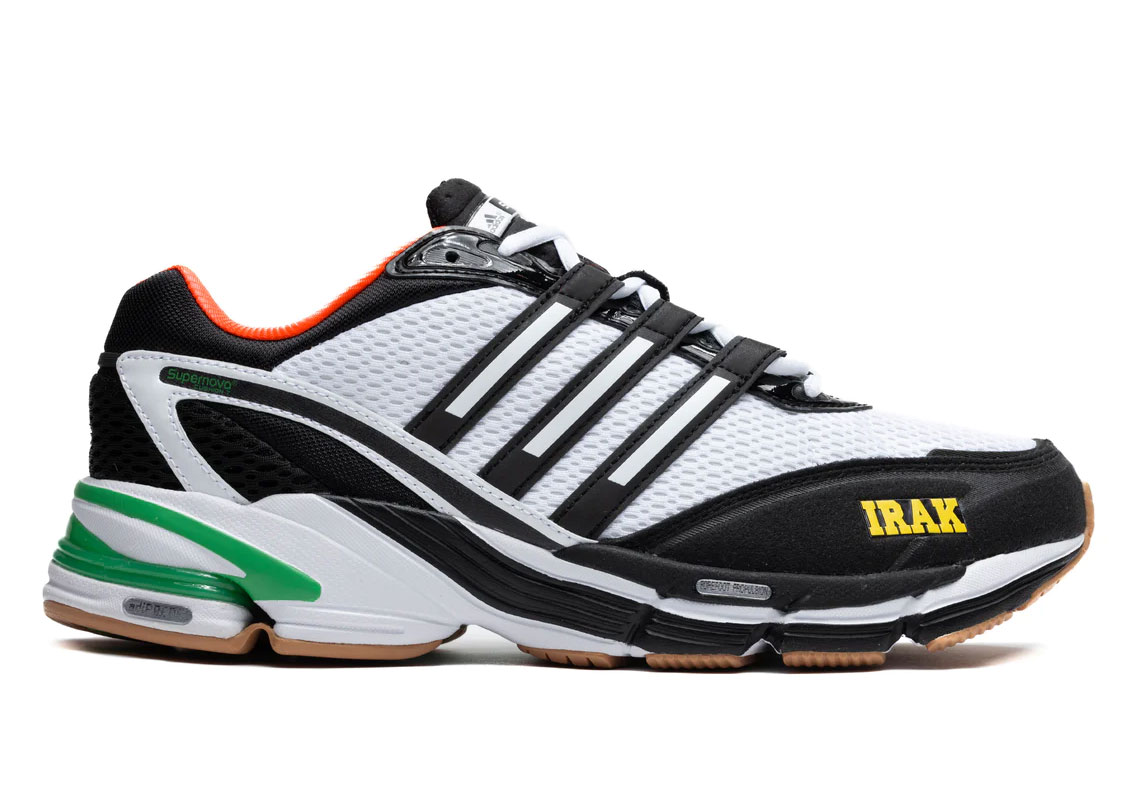 2020 saw IRAK and the Three Stripes reunite for the first time in twelve years, doing so in homage to their legendary collaborations from the late aughts. It would then be another two years before they would join hands once again, this time atop the much-beloved Samba. Fortunately, the two’s next release — a pair of Supernova Cushion 7s — wouldn’t be far off, releasing just months after its indoor-made predecessor.

Sitting somewhere between the imprint’s Sambas and ZX 8000s in the way of palette, the upcoming IRAK x adidas Supernova Cushion 7 is predominantly clothed in neutrals. Along with the midsole and leather trims, the mesh inserts are kept a bright white, together contrasting the blacks of the adjacent stripes, patent leather eye stays, textile collar, and textured toe cap. The lining, lower heel, and “IRAK” branding then inject a bit more color, proffering a bright orange, green, and yellow, respectively.

In other news, have you seen the upcoming Bad Bunny adidas Campus? 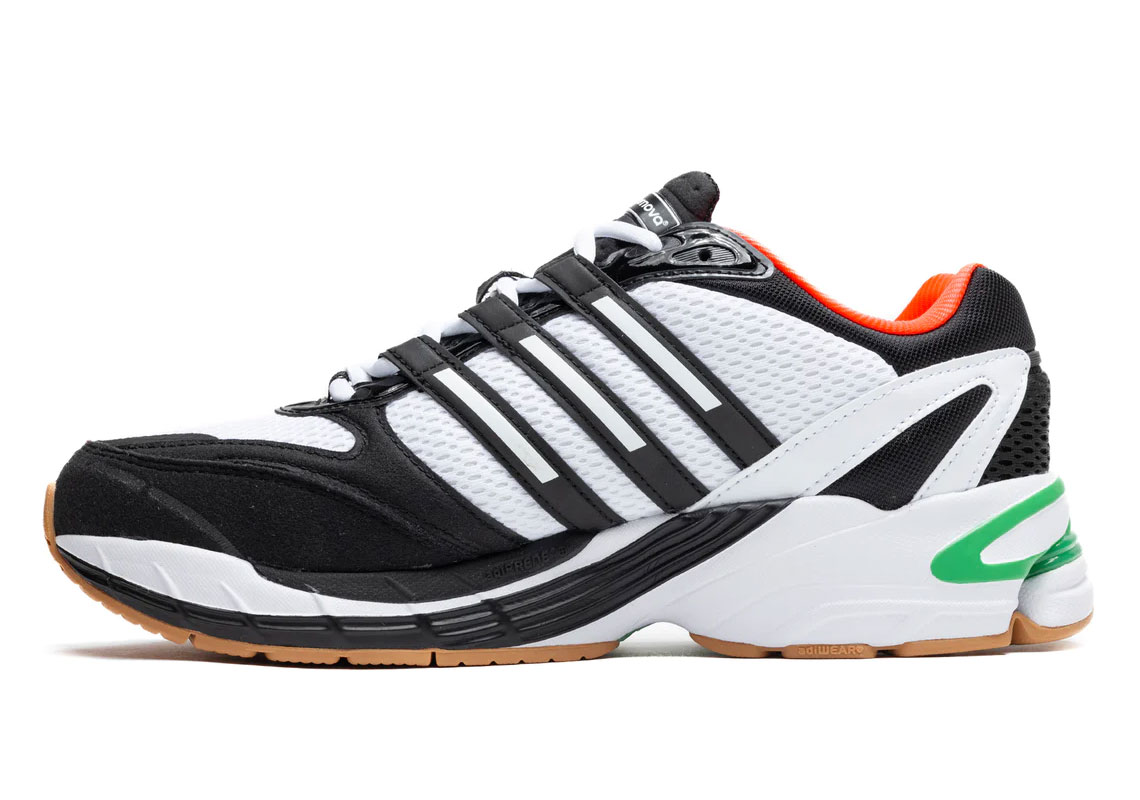 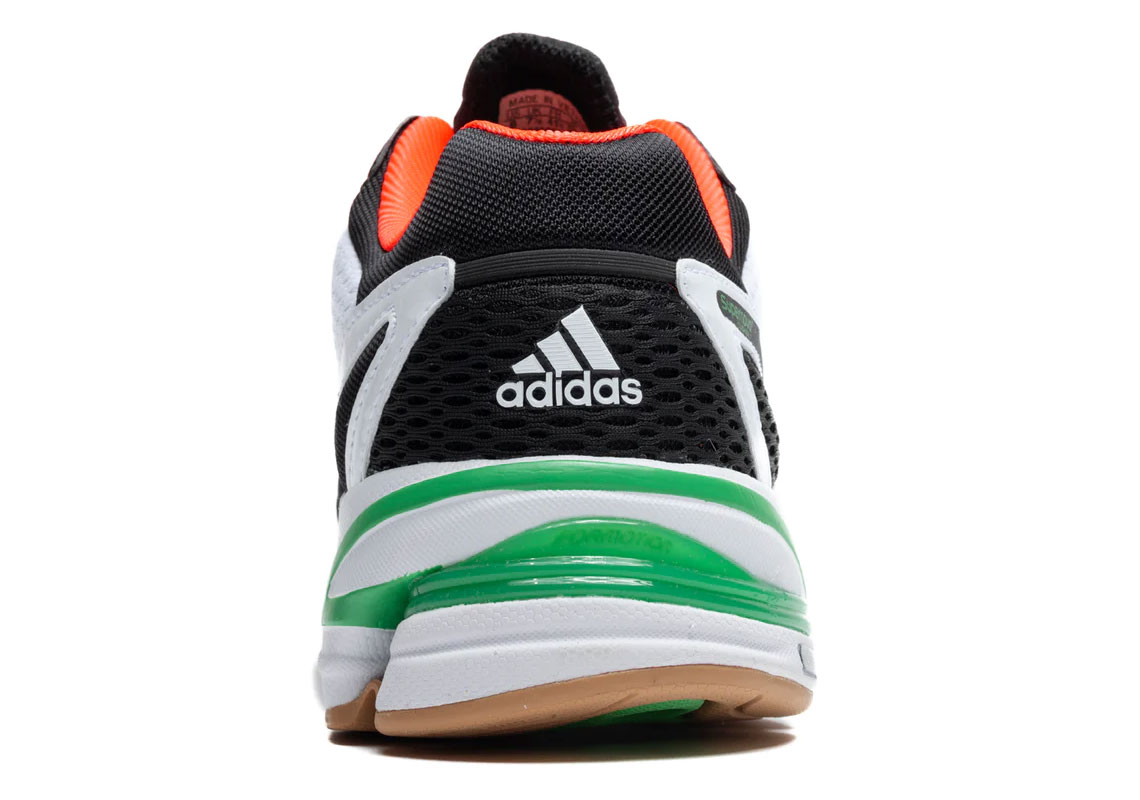 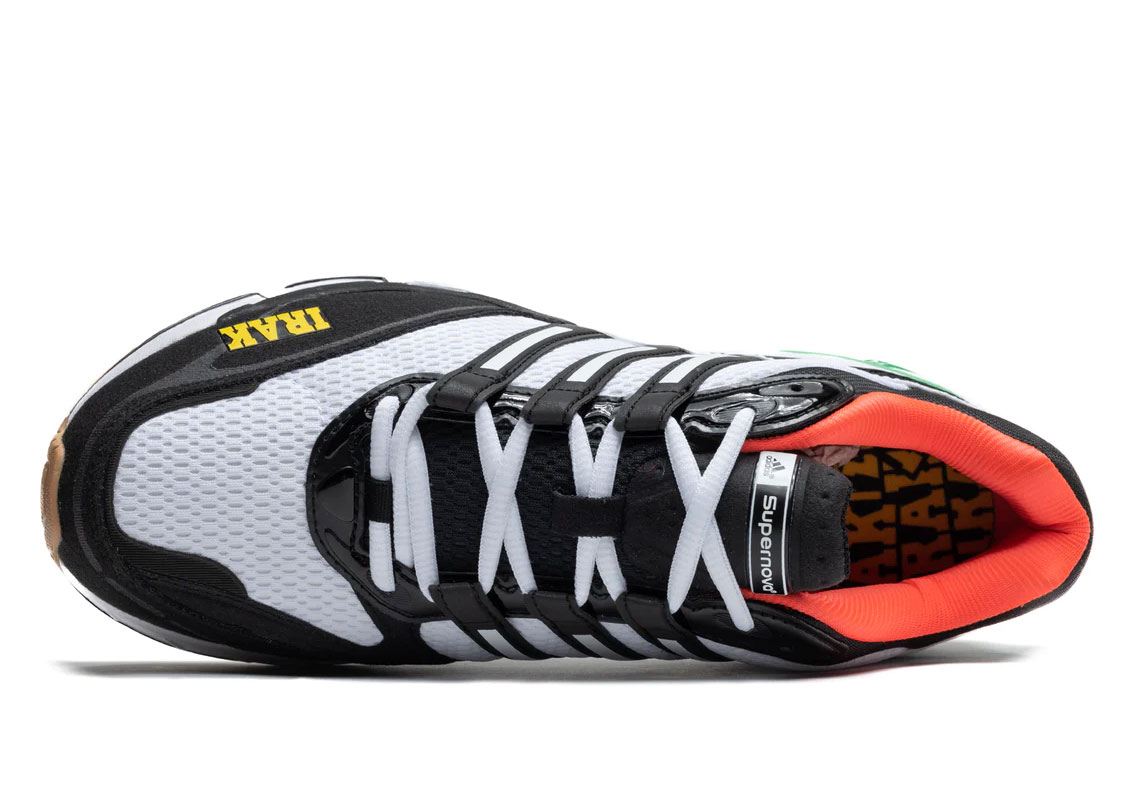 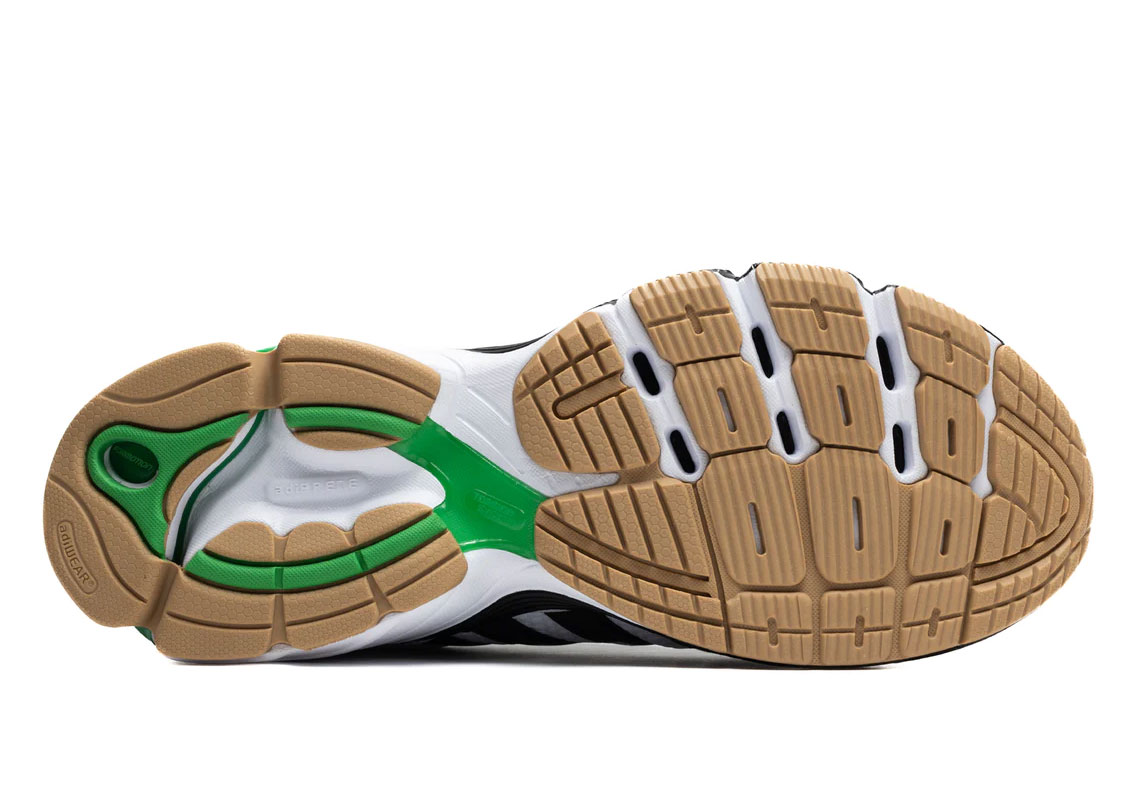