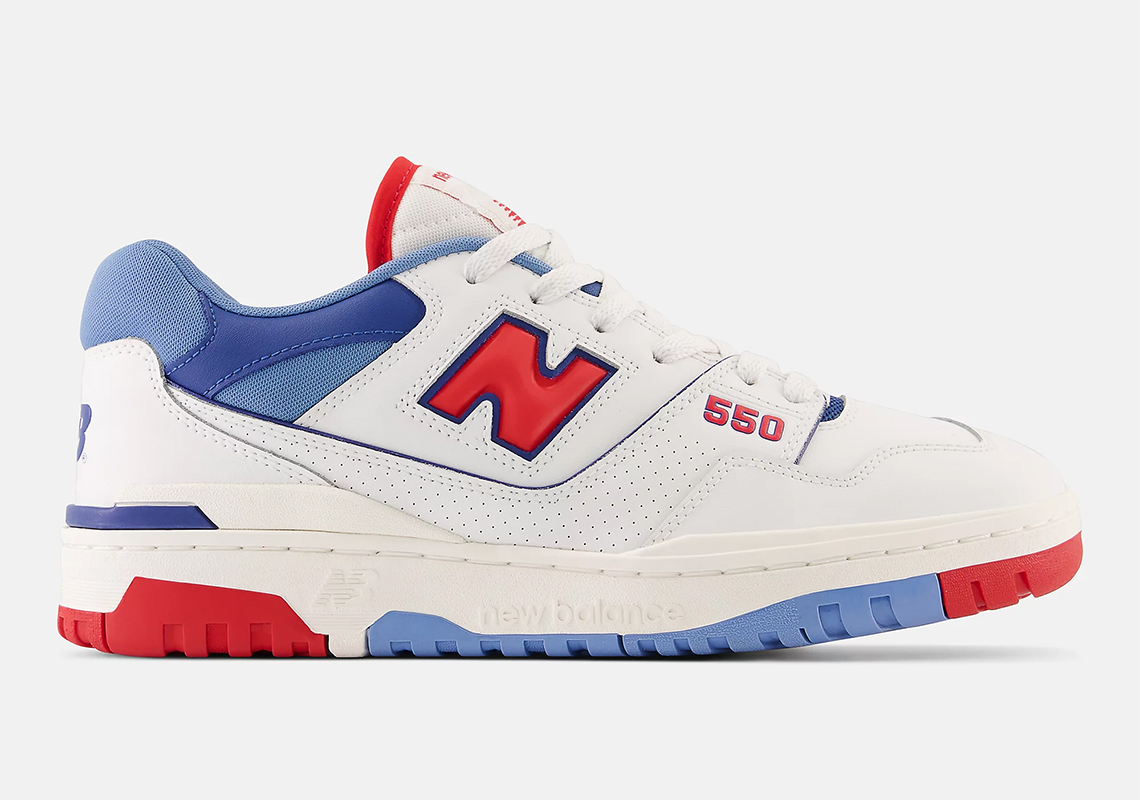 The New Balance 550 Borrows Shades From The Flag Of Chicago

After spending 31 years stashed away in the Boston brand’s vault, the New Balance 550 has since been revitalized to raucous acclaim. As such, the silhouette initially tooled for the hardwood has undergone a bevy of inline casts and colorways, such as the Flag of Chicago’s tonal palette now landing on the Steven Smith design.

Mirroring its early composition from 1989, a crisp white base layer stretches across the model’s smooth leather upper, tongue construction and laces. Harkening upon the Windy City’s staple trio of tones, hits of vibrant red from the flag’s stars land along the tongue trim and tab, midfoot “N” logo and its adjacently placed 550 branding. Concentrated along the heel and ankle, a Cornflower Blue pairs with a light baby blue to outfit the sock liner and presiding heel overlays while the duo of eye-catching shades concludes across the sole unit.

While we sit tight on further release details, enjoy official images of the New Balance 550 “White/Blue/Red” below in the meantime.

In other news, the Nike Kobe 6 Protro “Reverse Grinch” is rumored to return for Holiday 2023. 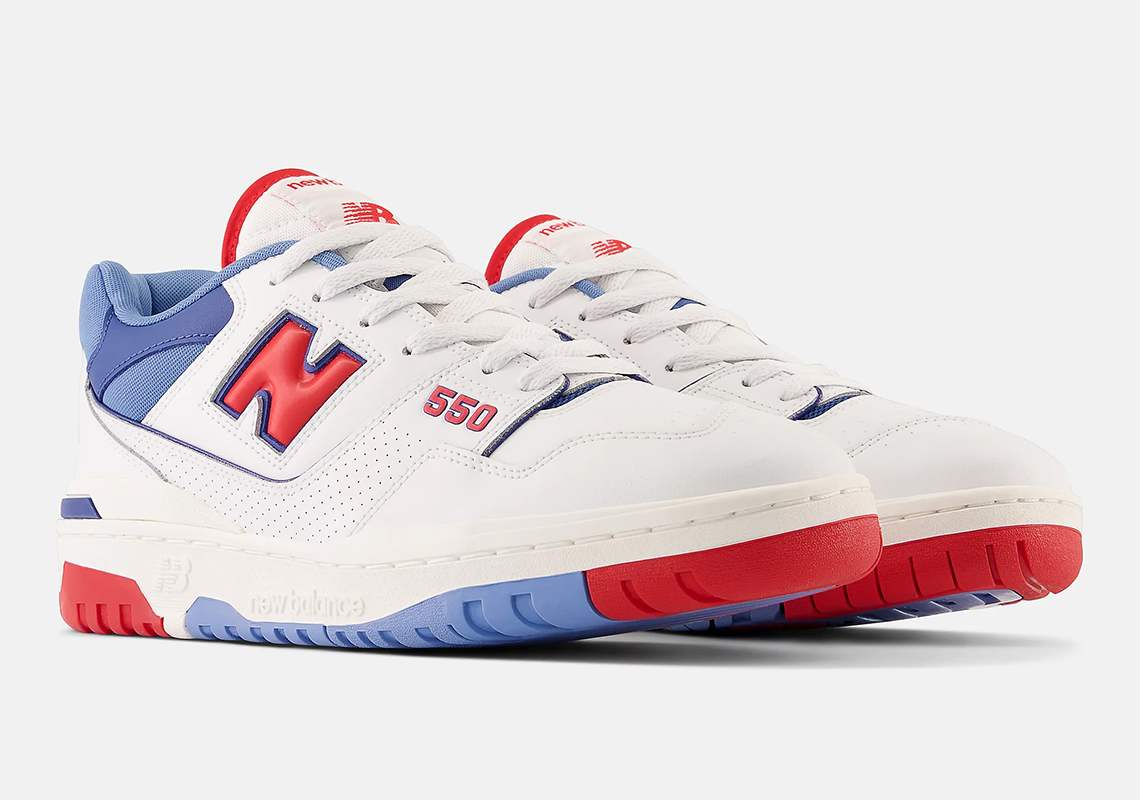 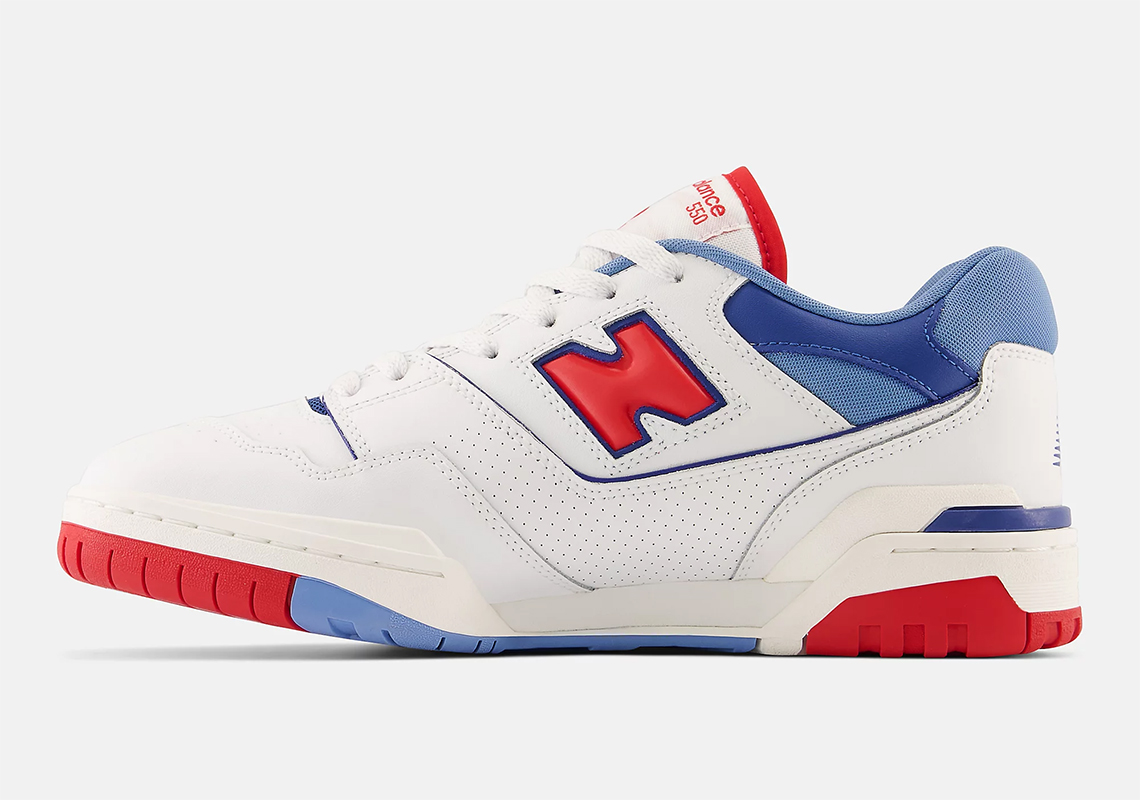 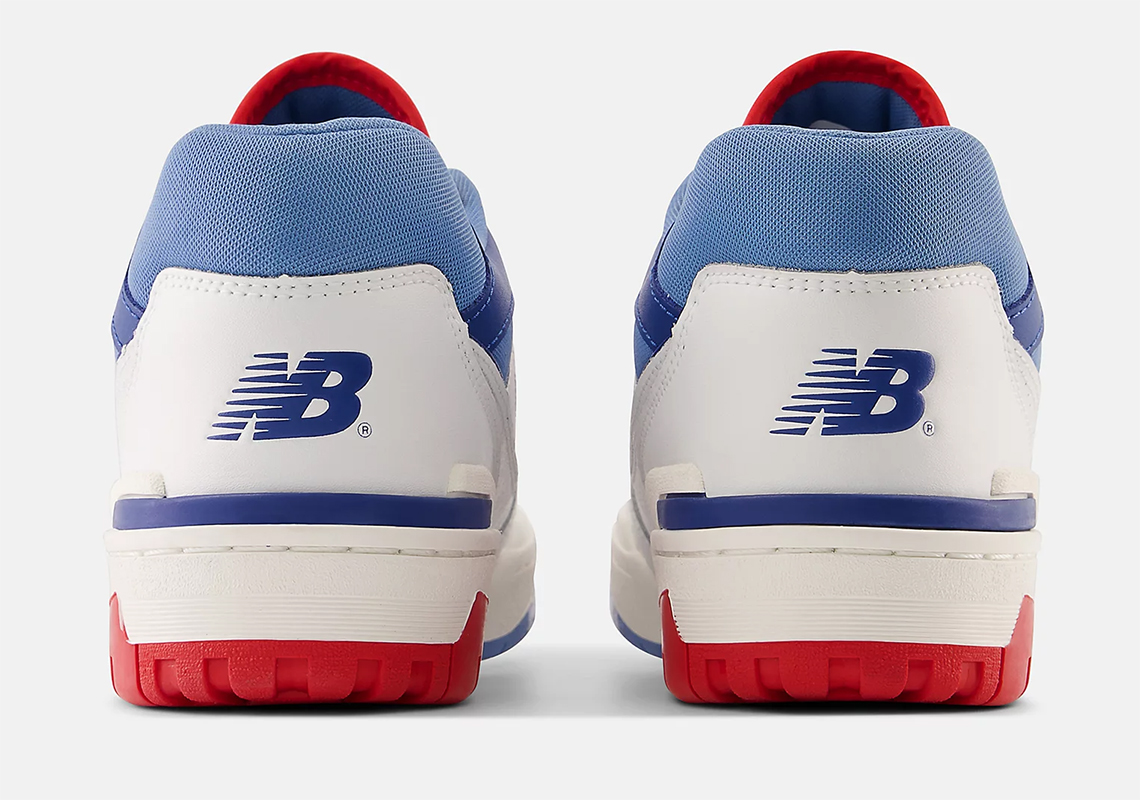 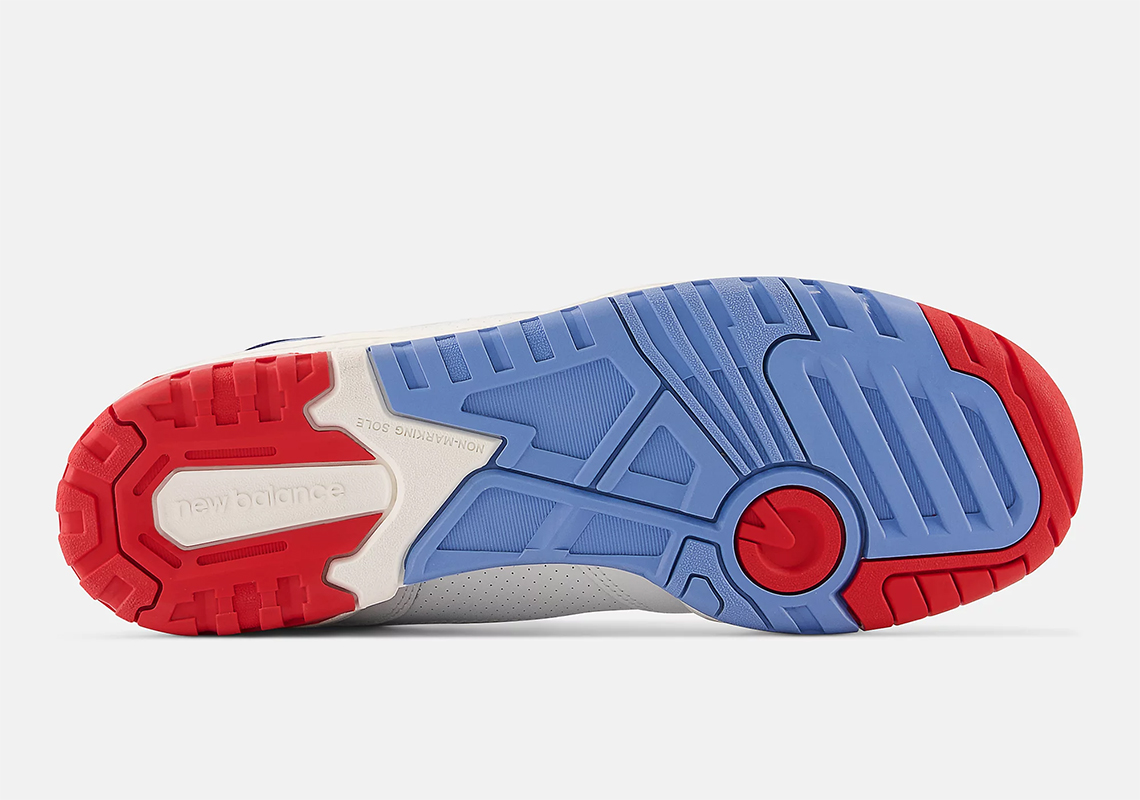 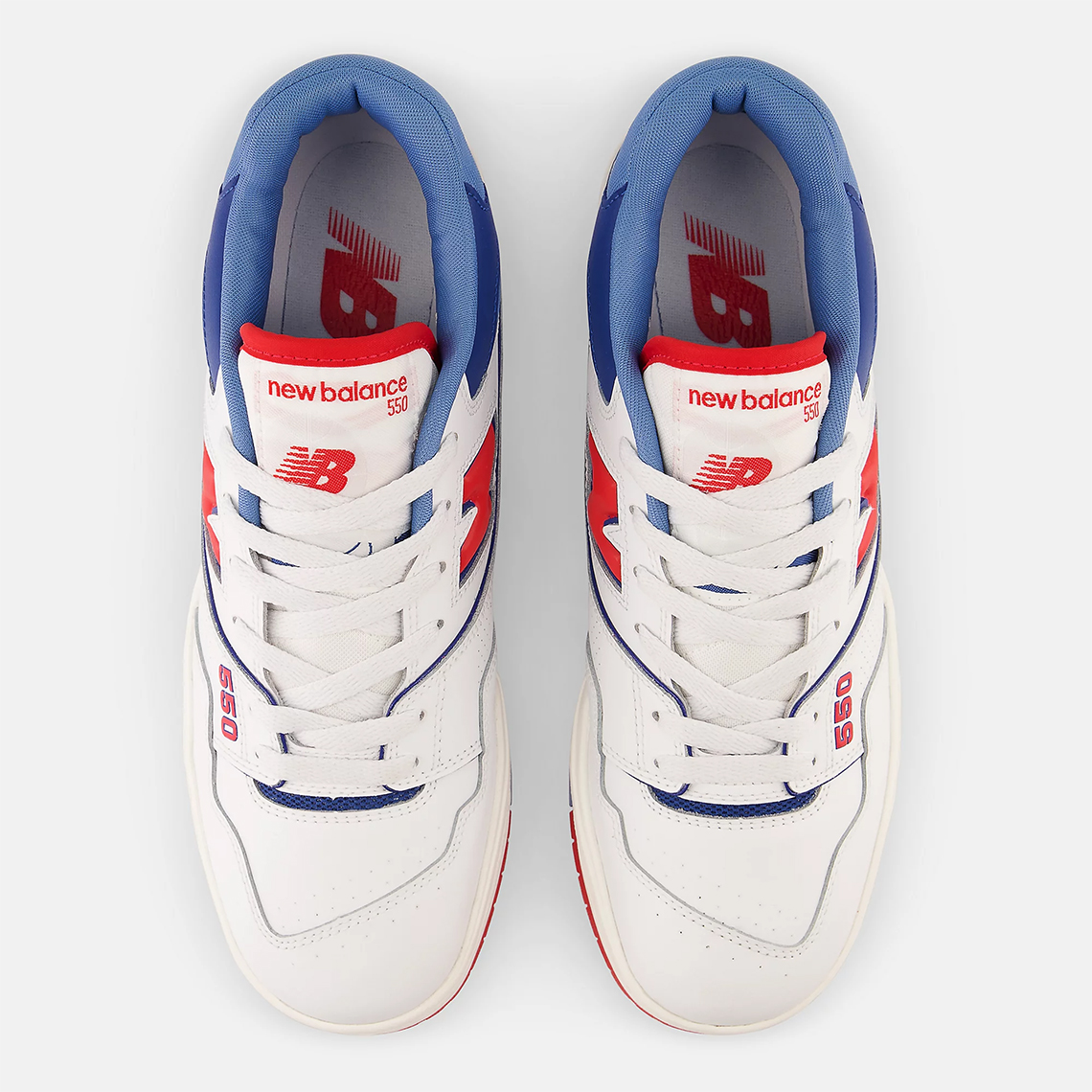