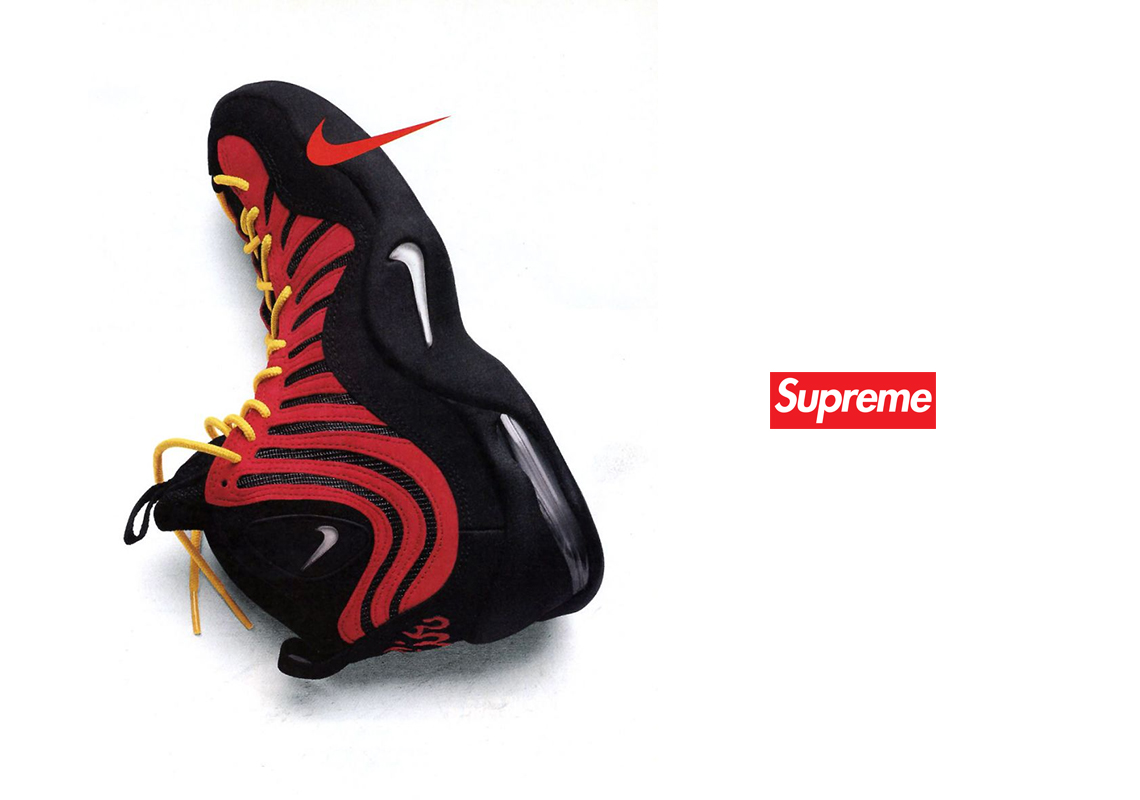 Supreme’s penchant for the lesser-known (and almost bordering on obscure) Nike models continues this SS23 season as the unforgettable Nike Air Bakin’ is reportedly included in the brand’ seasonal collaboration catalog. Given recent Nike collaborations with the skate/street brand, we can expect overt Supreme branding on the upper as seen on their recent projects.

Among the more controversial sneakers in Nike history, the Air Bakin’ from 1997 was often used by speedy, quick-footed guards such as Tim Hardaway. The striking upper design and minimal Swoosh branding is what is recognized for, but its notoriety comes from the stylized “AIR” typefont on the heel; Nike received backlash from the Muslim community as the “AIR” typeface slightly resembled ‘Allah’ in Arabic text. Nike recalled the shoes and re-released the model with a basic Nike Air logo.

The Air Bakin’ will be part of the Supreme SS23 collection, with either two or three colorways in the works. It last released in 2014 in a variety of OG andd modern colorway spins.  Stay tuned for a first look.