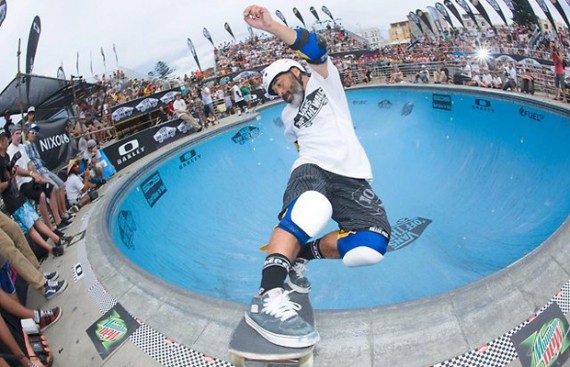 Steve Caballero Tells the Story of the Half Cab

“I don’t know when the first time I saw someone who had cut them down, but I know it was a trend.”

We’re coming up on the 20th anniversary of Steve Caballero‘s second Vans signature shoe, and in a recent conversation with Complex‘ chief sneakerhead Bengtson, the man called ‘Cab’ shared how he got inspiration from other skaters after his original pro model dropped in 1989. Skaters were chopping off the hightop Caballero to make something more suitable for the street skating that’d come into vogue around the turn of the decade, and when Steve himself decided to give it a shot, history was made. 1992 brought us the Vans Half Cab in the form we know and love it today, and Supreme will drop a super-limited special edition pack in honor of the two decade anniversary that revisits the origins of this skateboarding institution. Click through to see some classic images of Caballero shredding and stick with Sneaker News for more info on the Supreme x Vans Half Cab 20th Anniversary.