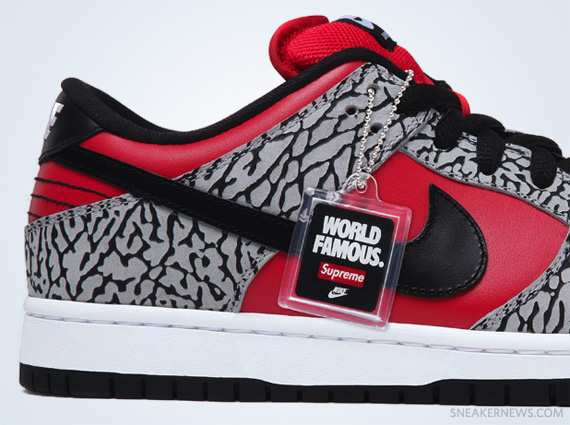 It’s been roughly ten years since Supreme burst onto the sneaker scene with its highly-praised duet of SB Dunk Lows inspired by the Air Jordan III. During that span, both pairs have been heralded as the best SB Dunks of all-time while swimming among the ranks of the best sneakers of the decade, skyrocketing in value while giving anyone who owned a pair a crest of ‘true’ sneakerheadism. Tomorrow, Supreme revisits its first collaboration with Nike SB with a third Dunk Low; with the elephant print composed identically as its predecessors and the invitation of a new Supreme-centric bold red on the upper, this third go-around is poised to be just as good as the 2002 originals. These are set for a release tomorrow at Supreme chapter stores in New York, Los Angeles, and London as well as on the online stores, followed by a July 21st release in Japan; no RSVP or raffles here – just a camp-out and online battle like the “good” ol days. Will you be ready when the time arrives? 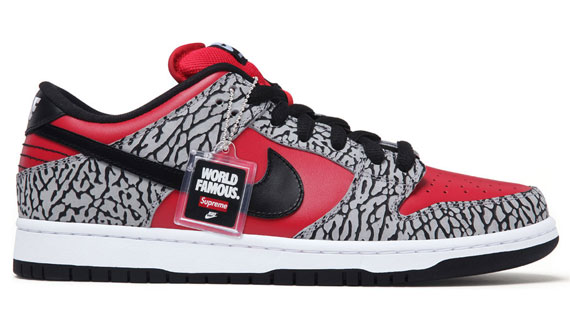 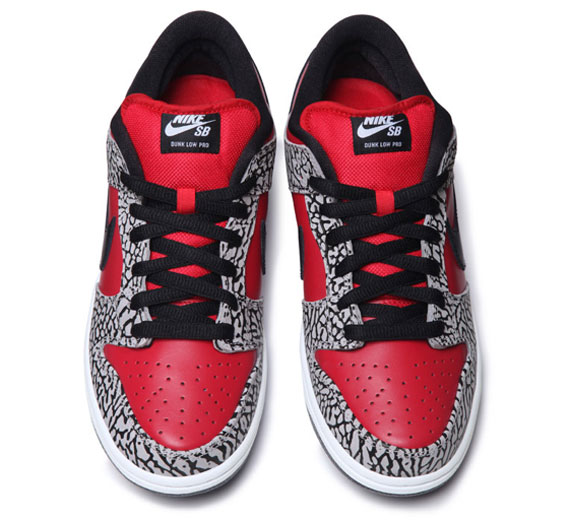