As we wrap up the current cycle of signature shoes and the last of the remaining releases hit stores, we lay out a fresh new doormat and welcome in the next installments of LeBron, Kobe, KD, CP3, Melo, and Fly Wade for the upcoming 2012-2013 NBA Season. Yesterday, we were given a nice helping of fresh new kicks as LeBron James debuted his LeBron X during Sunday morning’s Gold Medal game (as did Chris Paul his CP3.VI), but Kevin Durant actually had his fellow Gold Medalists beat by about a month; Durant participated in a commercial shoot for NBA 2K13 while wearing the NBA 2K13, and although the full commercial won’t go on air until later on, we caught some clear viewings of the Nike Zoom KD V that will be featured in that upcoming ad.

After catching a glimpse of the KD V in catalog image form earlier this year, this first real-world view of the V reveals some interesting details; first off, the Adaptive Fit strap has been removed in favor of a unique boot-like construction using a non-traditional tongue, the pronounced heel-counter should serve as an added stability feature for KD (who likes shoes tight-fitting), and the high-cut tongue and lower heel adds some visual flair in a manner similar to the Lunar Hyperdunk+ and LeBron 9. We’ll keep you updated on the Zoom KD V as Nike prepares for the official unveiling later this year, but check out the images below and let us know what you think of the next step in Durant’s growing Nike saga below! 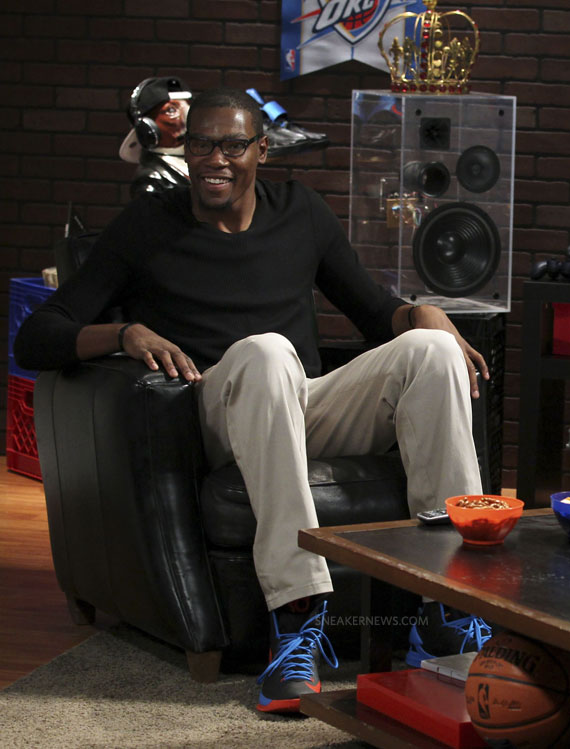 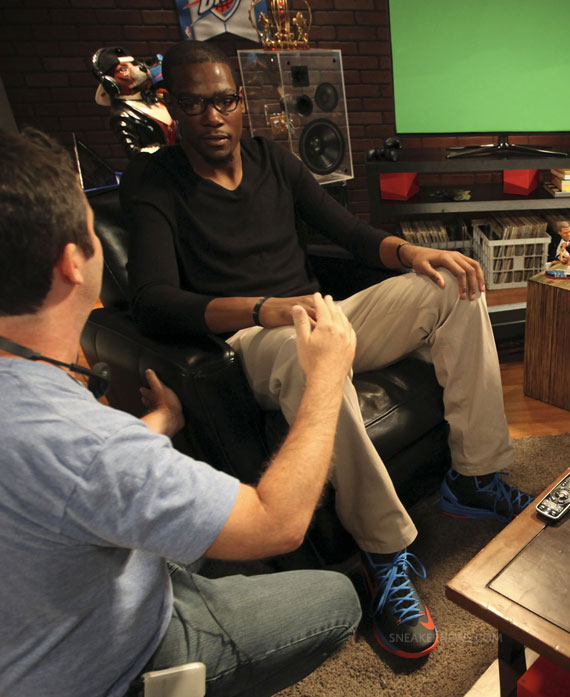 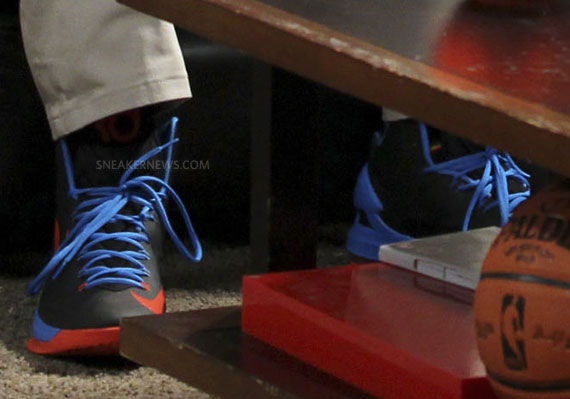 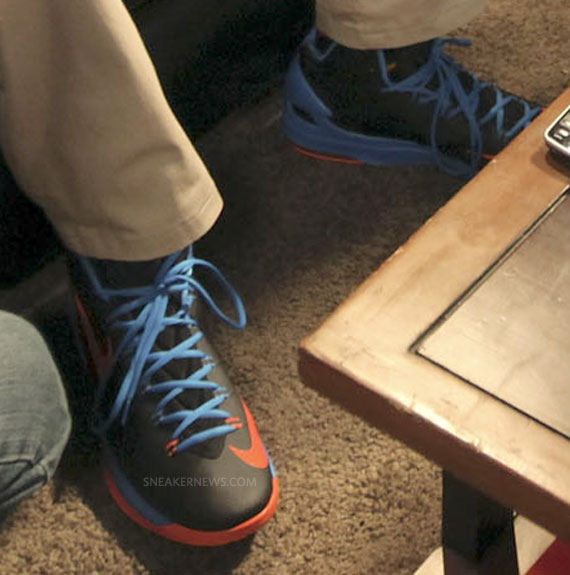