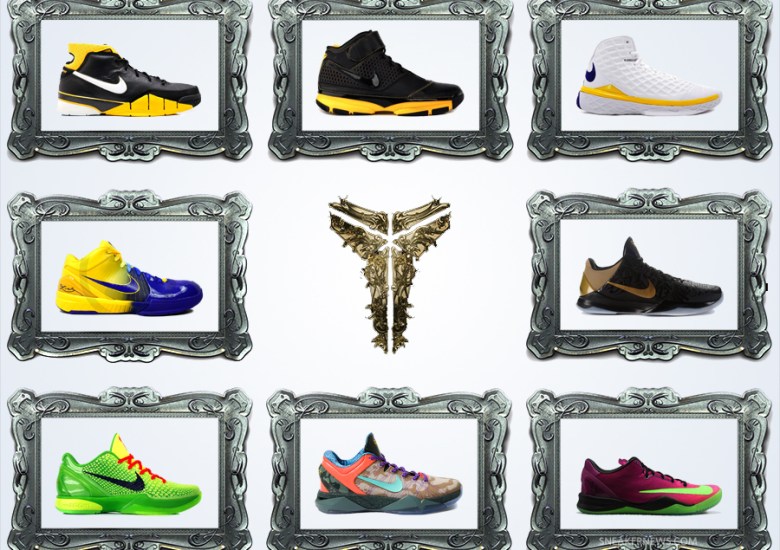 The “Masterpiece Collection” of the Nike Kobe Signature Series 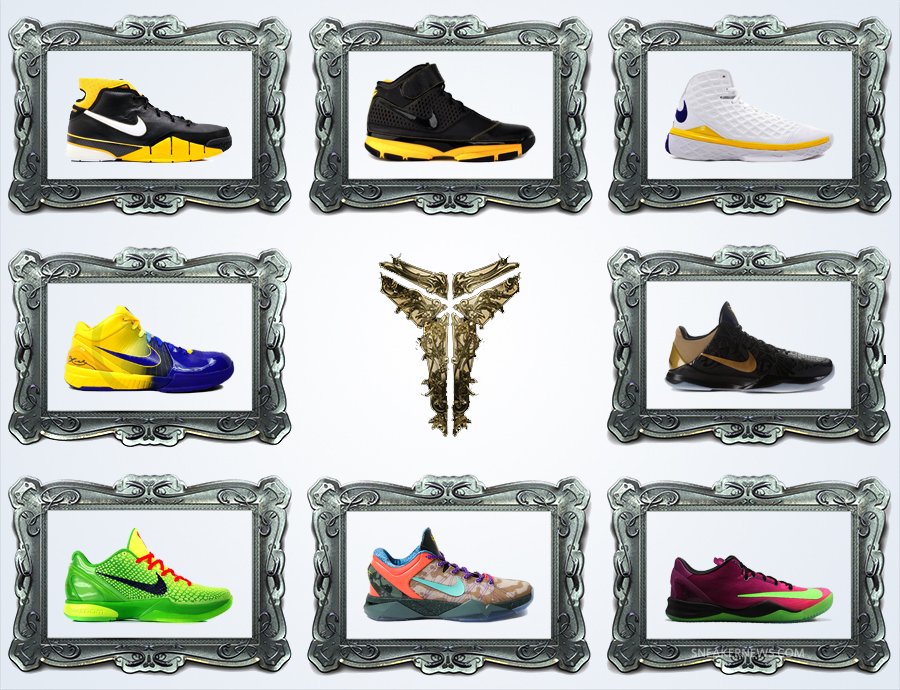 Beginning in early December 2013, Nike Basketball opened the book to the Kobe Prelude Pack – an eight-part series that featured every Nike Kobe signature sneaker accentuated by gripping colorways inspired by a specific era of art. Each release was appointed a specific title that connected with a storyline that unfolded during the shoe’s original lifetime – the Kobe III and “Misery”, the Kobe V and “Finals MVP”, and so forth. Most, if not all, of the Kobe sneakers of the past already have their own specific label, and as we gear up for the launch of the ninth signature shoe, we’ve compiled a select group of the best Nike Kobe signatures – one from each model – that we are calling the “Masterpiece Collection”.

The next eight pages depicts the highlight release of each of the eight models that proudly represented the Kobe Bryant’s label. Each selection is one that became available to retailers (no PEs or super-limited issues) and is regarded as a bright highlight of the model that has achieved that “classic” distinction, but one that represents the shoe as a whole. But why highlight shoes from the past? Considering Kobe’s current situation in the last stage of his career and the fact that Kobe Retros have gone down already, we may see these shoes make a comeback at retail. Continue on to see what we’ve selected as our own Kobe “Masterpiece Collection” and let us know if you have any in your Kobe collection. 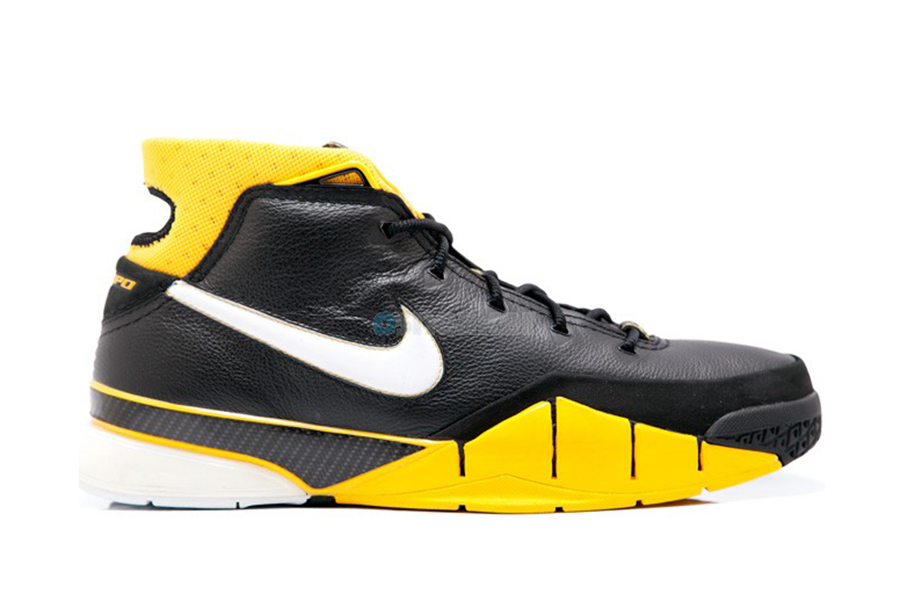 This colorway is the first-ever Nike Kobe signature shoe. While it lacks in any major flashy details that you will certainly see in the rest of our Masterpiece Collection, this shoe deserves high praise for being numero uno in an endless library of Black Mamba sneakers. Other special editions that released in super-limited numbers were created as well. 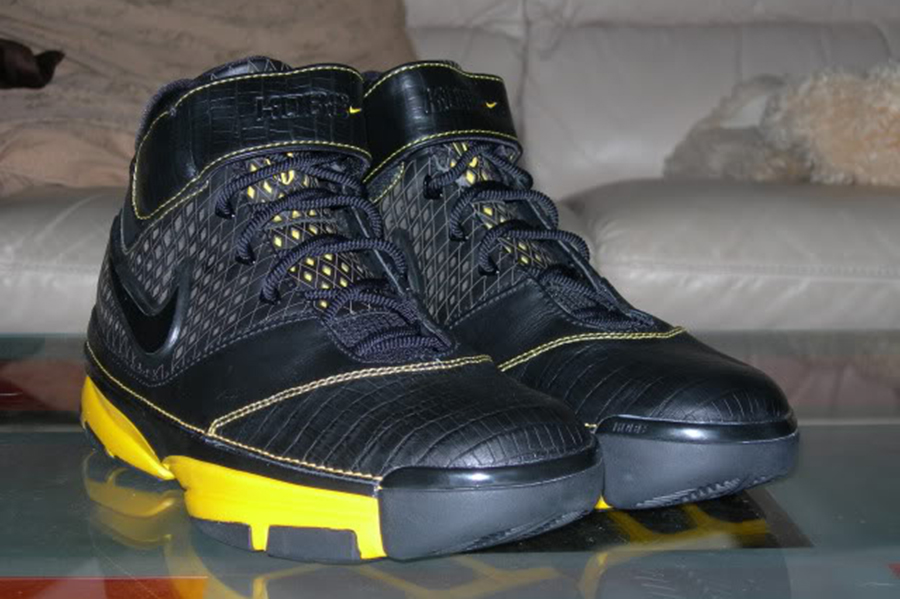 The second Kobe signature shoe introduced the “Carpe Diem” mantra by way of a clean Black/Yellow colorway. A special crest logo as well as croc-skin uppers made this chapter of the Zoom Kobe II story one of the true standouts of the sneaker. 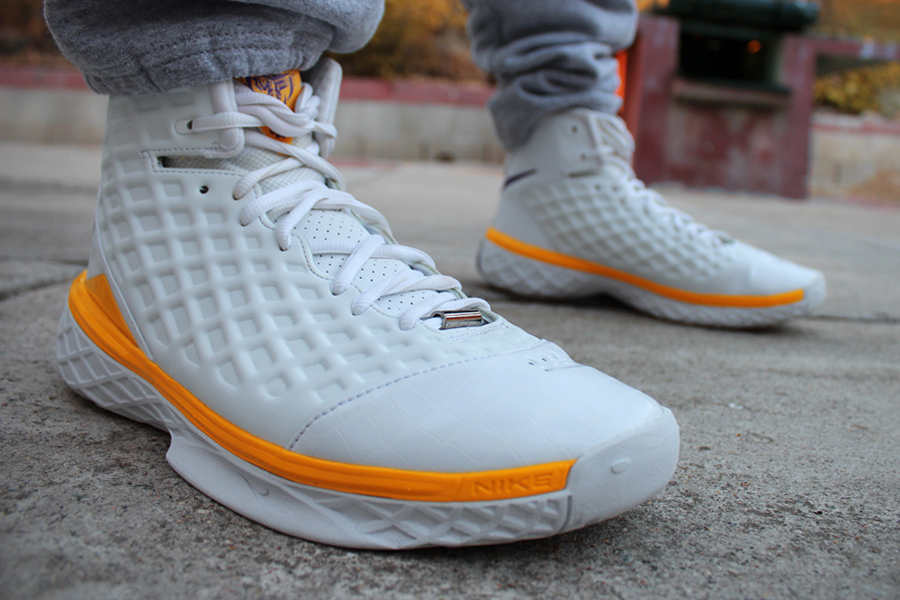 Kobe Bryant’s first-ever MVP was marked by this clean Lakers colorway of the Zoom Kobe III. This limited release, which introduced croc-skin uppers yet again, also dropped in a special edition box. 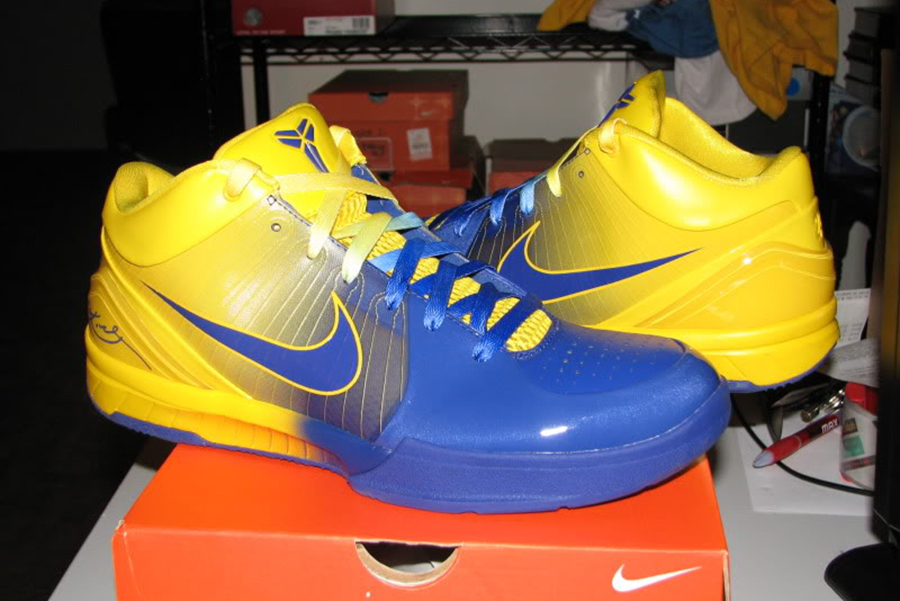 Celebrating Kobe Bryant’s fourth overall NBA Title and first in the post-Shaq era, Nike Basketball unleashed a special edition Kobe IV in a purple-to-yellow gradient that featured a special four-rings logo on the inner face of the tongue. 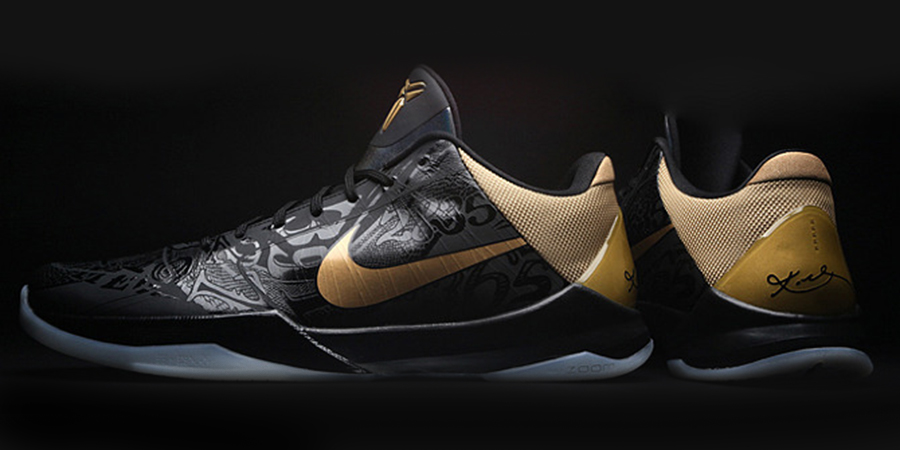 The Nike Zoom Kobe V was the shoe on feet for Kobe Bryant has he cruised to his last NBA Championship back in 2010. More specifically it was the “Big Stage” set of white/gold and black/gold, which were decorated across the upper with a set of graphics referencing Kobe’s countless achievements. 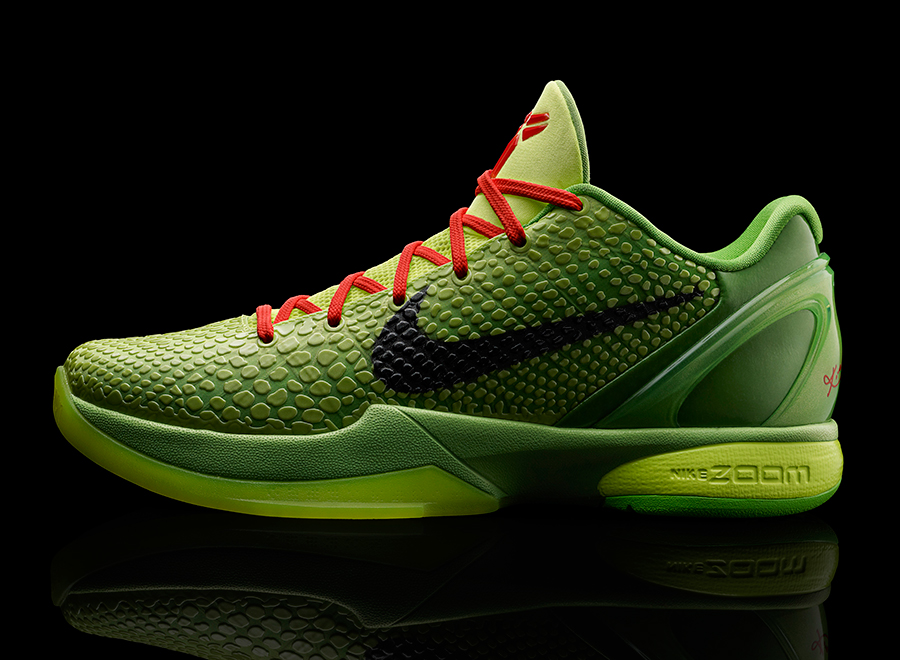 Back in 2010 Nike decided to outfit Kobe’s silhouette from their Christmas collection with a gooey green “Grinch” looking colorway. The pair stands to this day as one of the most celebrated Kobe colorways and one of the harder ones to track down on the secondary market. Although the “Grinch” really has no bearing on the actual colorway, the nickname stuck and is regarded as one of the best Nike Basketball releases of the decade. 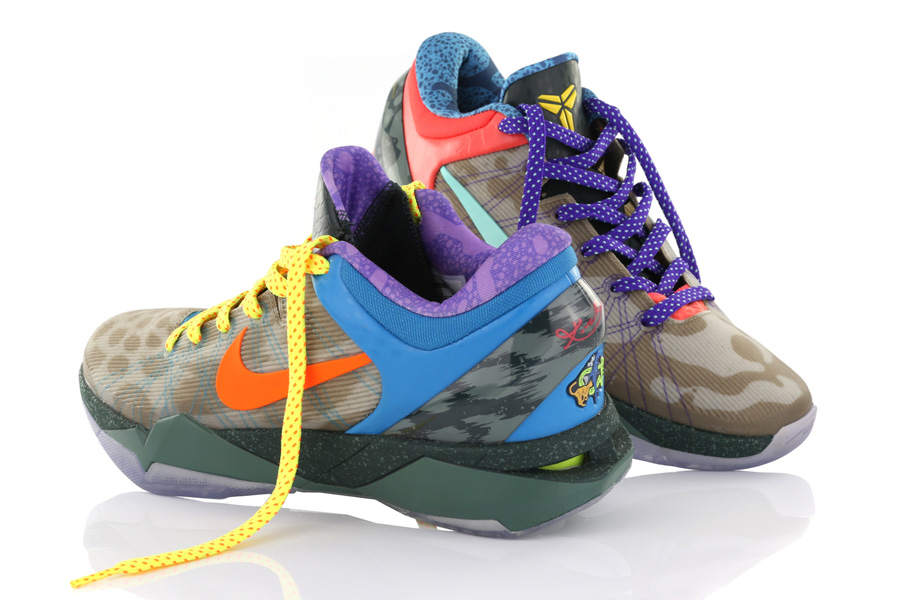 Nike Zoom Kobe 7 “What the Kobe”

At this point we’ve all come to expect “What the” releases on Nike Basketball signature models, but that wasn’t always the case. The Nike Kobe 7 shown here was one of the first do it and is our selection for the Masterpiece collection thanks to its combo of animal kingdom colorways that hit on the left and right shoes.

The Nike Kobe line has for a long time drawn from the realm of soccer shoes for inspiration. This time around the Kobe 8 went deeper than ever on that front by borrowing its blocking and branding from the Nike Mercurial Vapor IX football cleat. 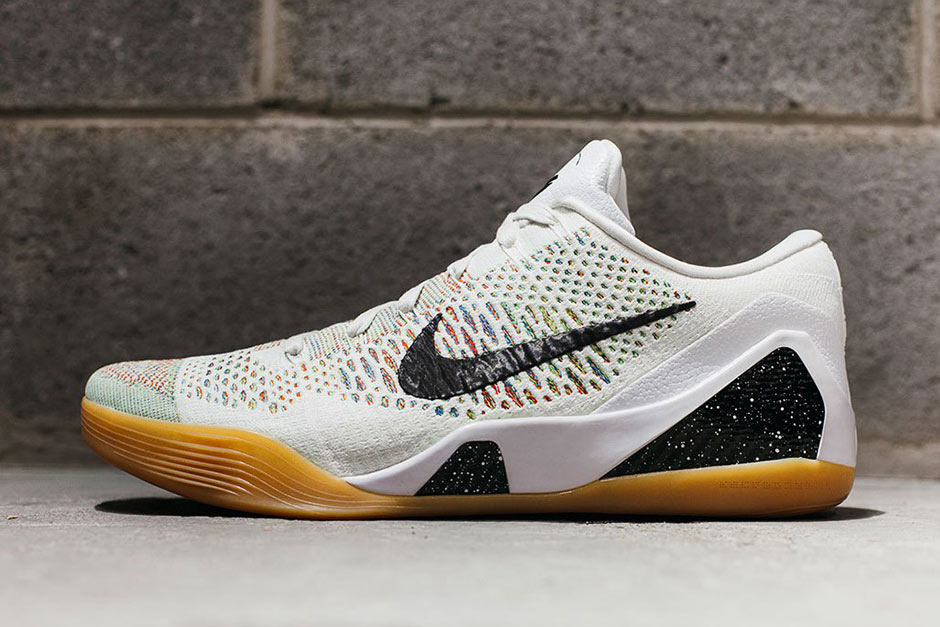 Kobe’s signature line reach the levels of “untouchable” thanks to a quartet of Kobe 9 Elite Low colorways crafted by the holy triumvirate known as HTM. Of the four, the pair with the white upper and gum outsole is widely considered to be most precious – and we agree. 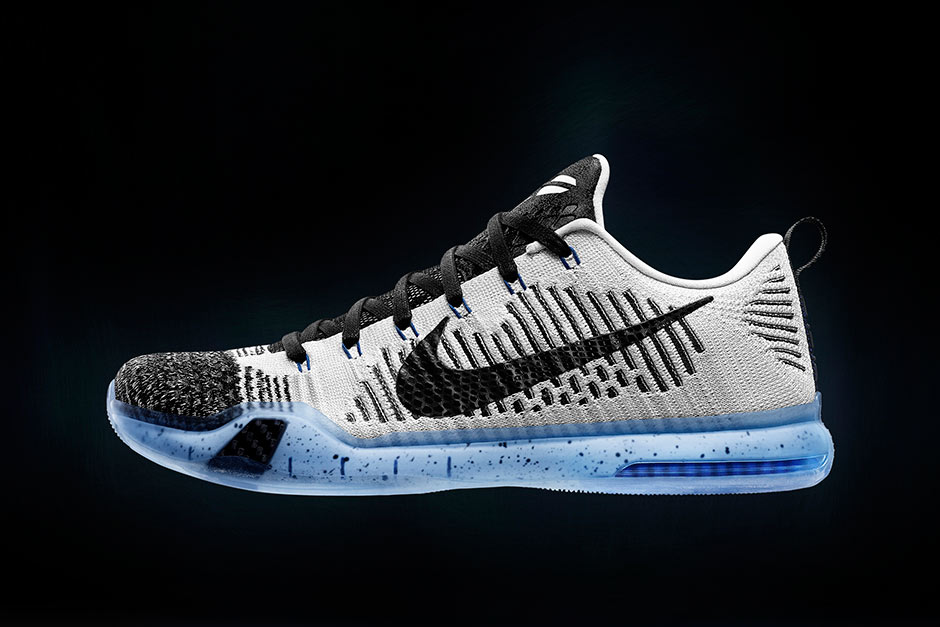 The Kobe 10 was again subject to HTM upgrades, but this time around Nike presented a unique backstory to each of the versions. Of the four that released, the “Shark” edition, with the white/black colorway, is deemed to be the cream of the crop. 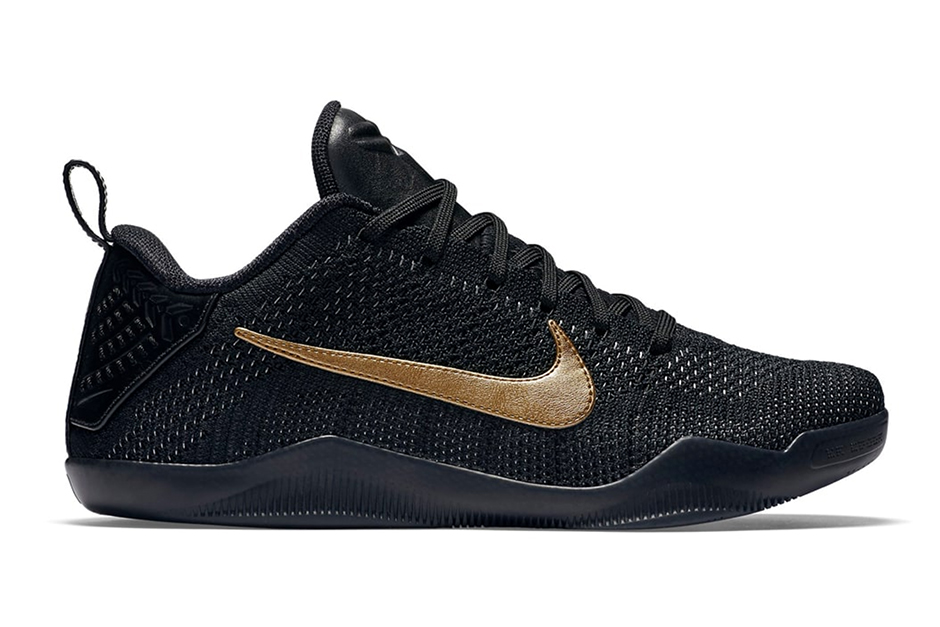 In celebration of Kobe Bryant’s illustrious signature shoe line, Nike released a “Fade to Black” series that culminated with the Nike Kobe 11 Elite. The black and gold combination will go down as a true collector’s item 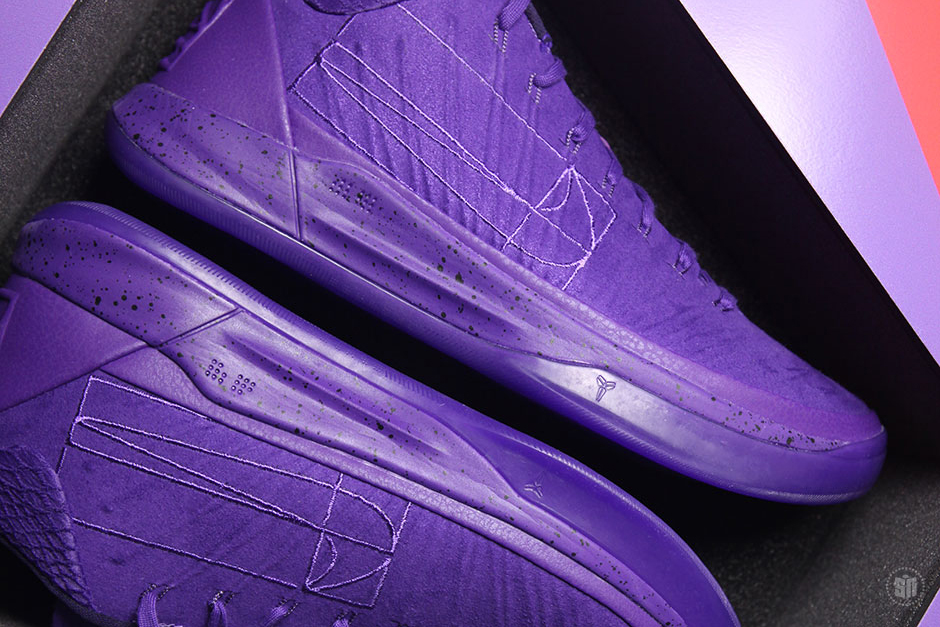 Despite being fully retired, Kobe’s presence is very much a big part of the NBA’s competitive spirit. The “Mamba Mentality” pack highlighted five aspects of Kobe’s drive, but we’re showing bias to this regal purple colorway that also honors the team’s uniforms.