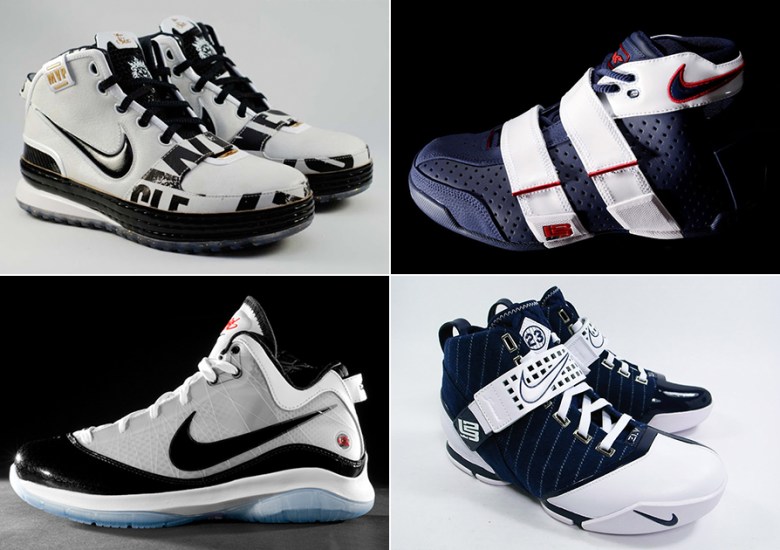 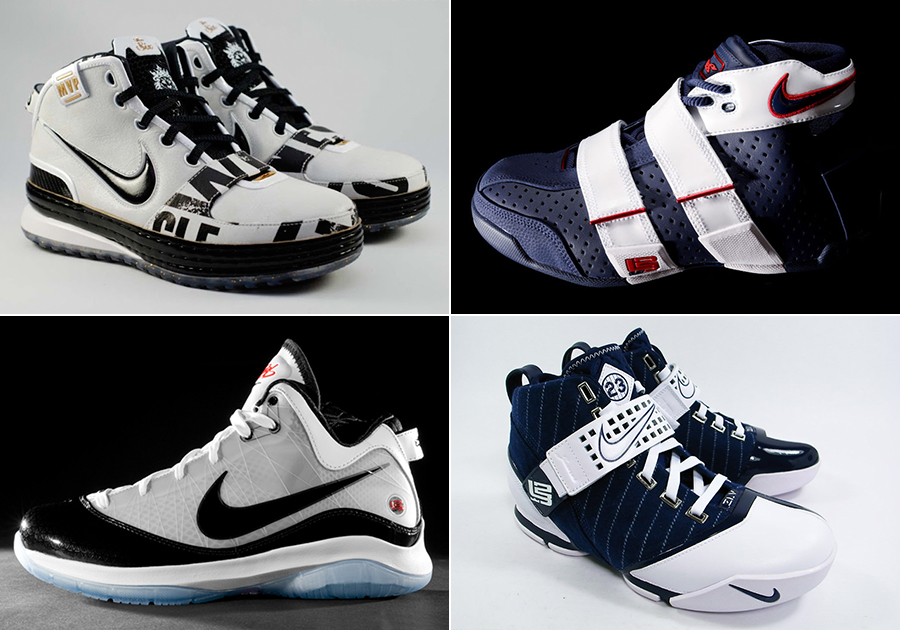 So, unless you’ve been living under a rock of some kind, LeBron James has chosen to return to the Cleveland Cavaliers. Is it a move spurned by the thought of unfinished business or preserving a legacy of some kind? LeBron’s letter via SI sheds some light on that, but does it matter really? The NBA just got so much more interesting, you won’t see a team in the NBA Finals with an unsupportive fanbase, and the folks at Nike Basketball can ditch the South Beach colorway for good. Before we move on to the LeBron 12 and the wine/gold combo, we decided to look at 10 standout releases from the first Cleveland era.

The shoes selected here have made some kinda of effect on the future of signature line. Sneakers like the “Wheat” generations were a hint at the EXT line, the P.S. was the Elite series before it was ever made public, and the eight others we picked have some great history behind them. Check out this selection of ten LeBrons from the first seven seasons and let us know if you think other shoes deserve to be in here, and of course, stay tuned to Sneaker News for the latest in the Nike LeBron series. 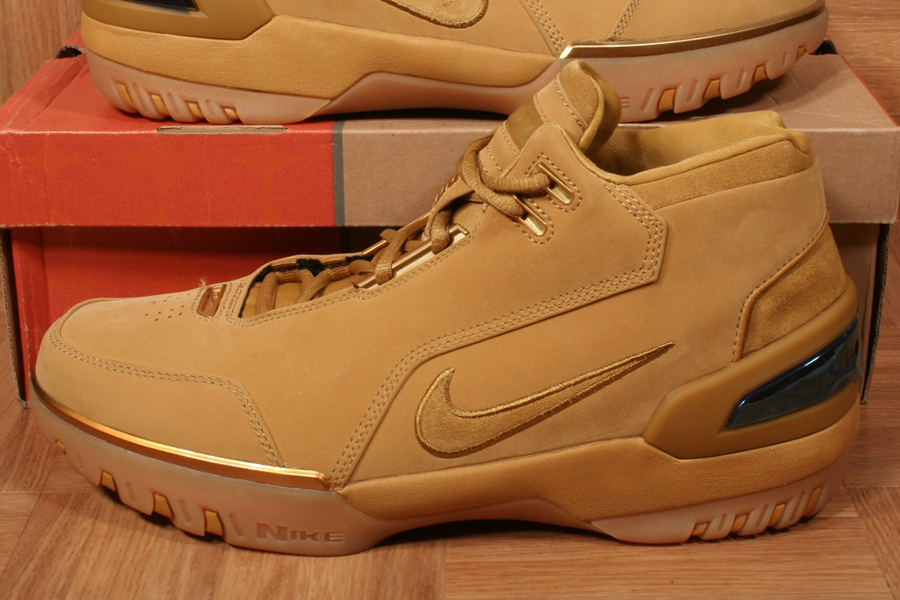 It’s a shame that LeBron James wasn’t selected onto the All-Star team in his rookie season, but he put on a show during the Rookie/Sophomore Challenge. During that exhibition game, he whipped out the “Wheat” AZGs, a sneaker that was like an EXT model long before the Extension series was even a thing. 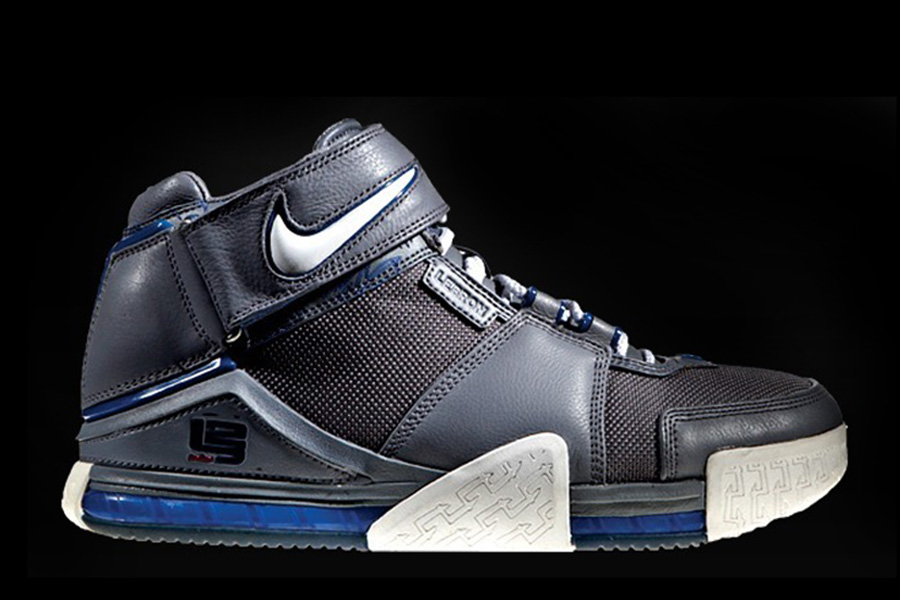 From being shunned to being a starter, LeBron made his first NBA All-Star Team in his second season. He wore this clean Grey/Red/Blue pair during that game in Denver, helping his teammate Allen Iverson take home MVP honors. 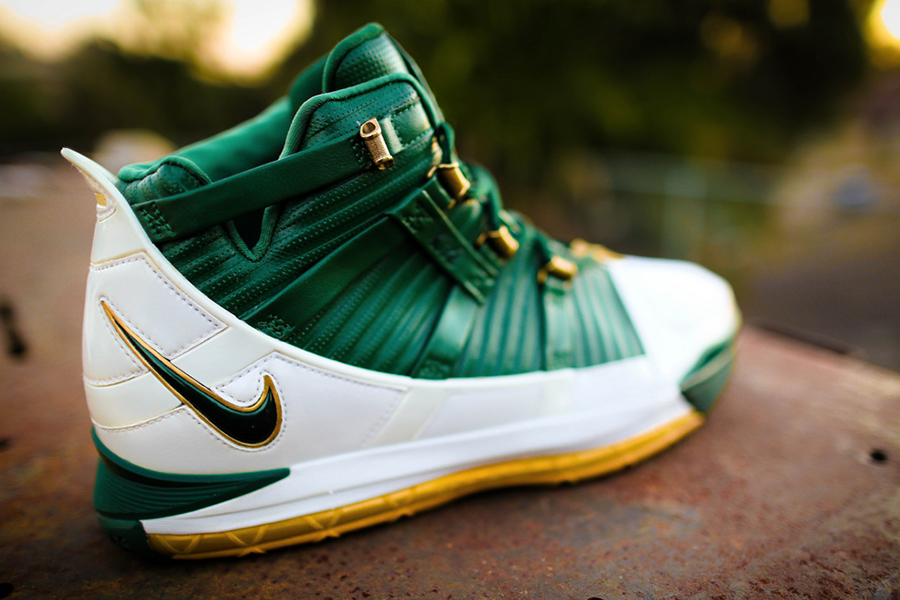 “The LeBrons” were a fictional family inspired by the inner personas of the star player. Nike released special edition colorways representing each, and the standout may be the “Kid” colorway as it matches the clean SVSM pairing of Green and Gold. 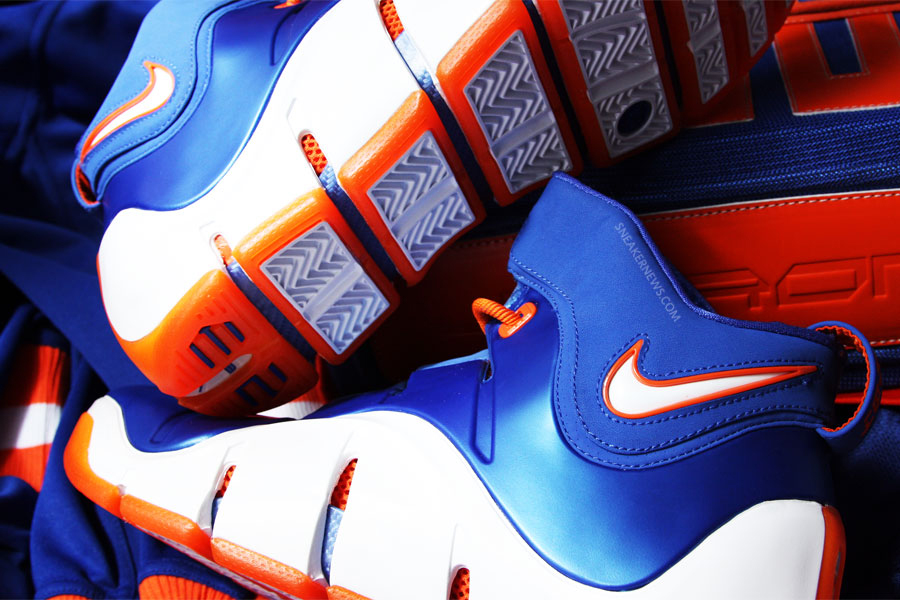 The Foamposite-based LeBron IV wasn’t the biggest hit at retail, but Nike Basketball buffs were absolutely enamored with the shoe. The “Birthday” colorway was a special release commemorating LeBron’s big day, with the colors being derived from the classic Cleveland Cavaliers colors. 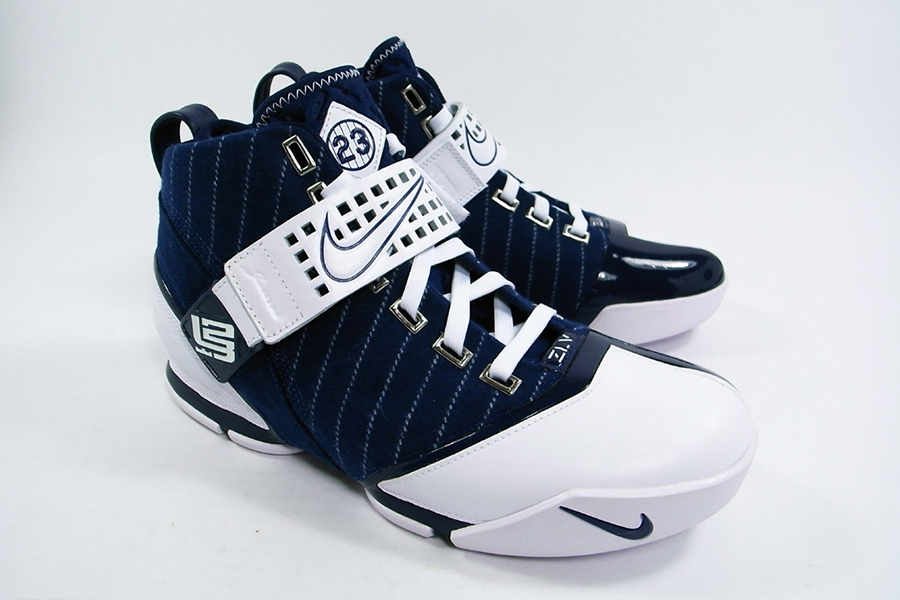 2008 was a great year for Nike Hoops fans because of the opening of House of Hoops – a Foot Locker-partnered retail spot that housed nothing but basketball kicks. Tons of PE-style released here, and several versions of the LeBron V were made available. The “Yankees” colorway was a highlight of that set, touching on LBJ’s fandom of the NY baseball team. 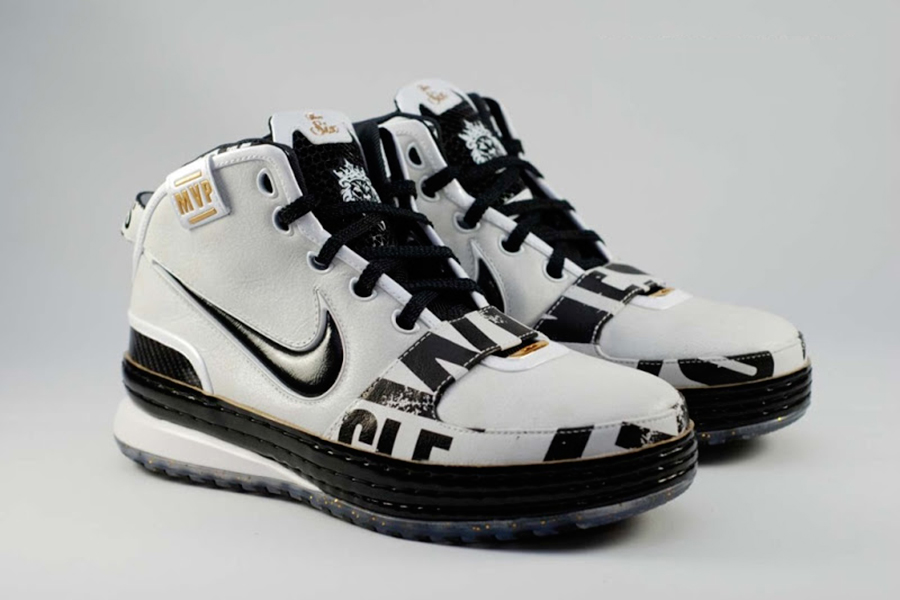 Gotta give love to the man’s first MVP, right? This special White/Black colorway was a tribute to the big reward, with graphics on the upper detailing King James’ numbers from the 2009 season. 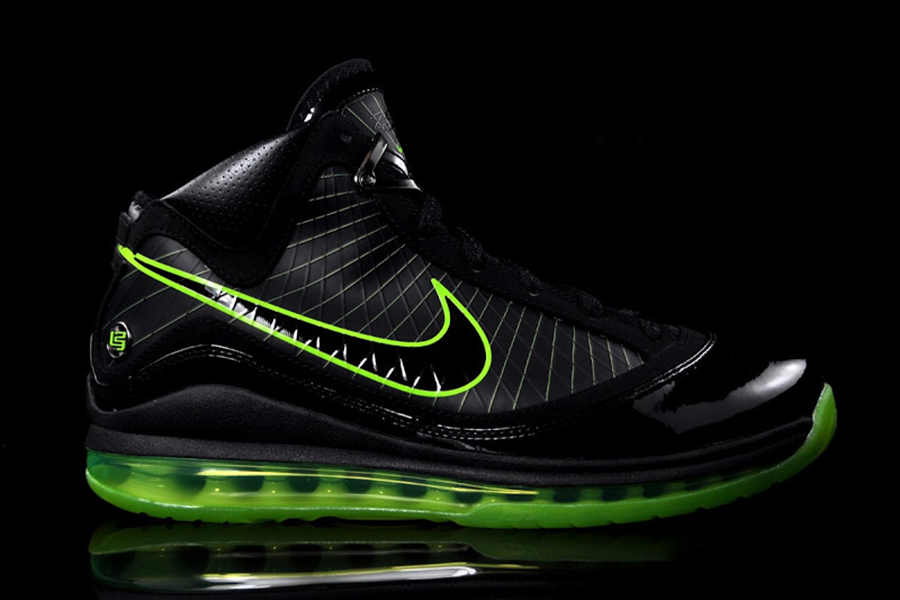 Truth is, a number of LeBron VIIs could be considered for this list, but we went with the single best Dunkman release during that era. The clean Black/Neon Green look was one of the more coveted VII drops and kicked off a string of successful Dunkman releases during the Miami era. 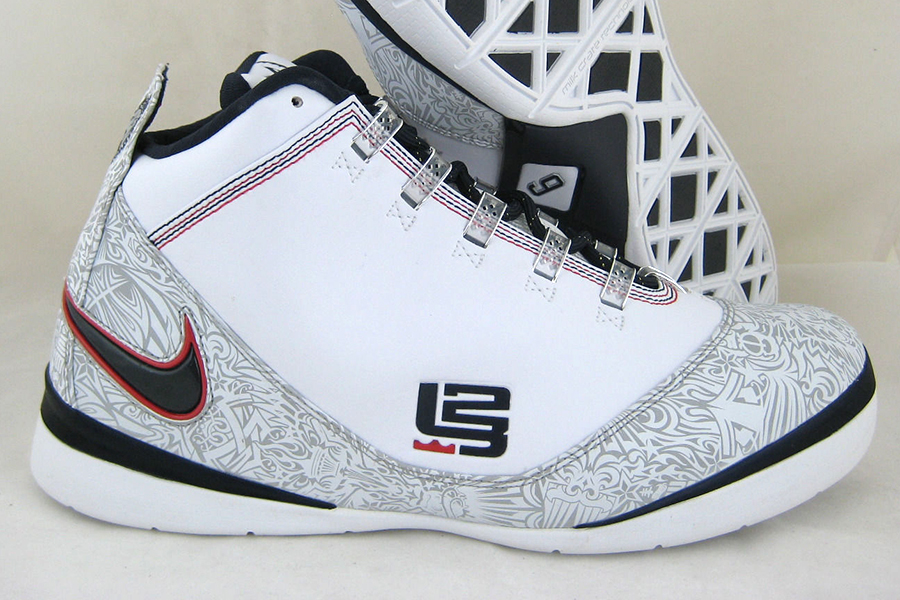 Most of LeBron’s first big win on the Olympic stage was done in the Nike Zoom Soldier II “United We Rise”, which he wore throughout the 2008 Games in Beijing. He whipped out the LeBron VI during the Gold Medal game, but the Soldiers deserve plenty of love here. 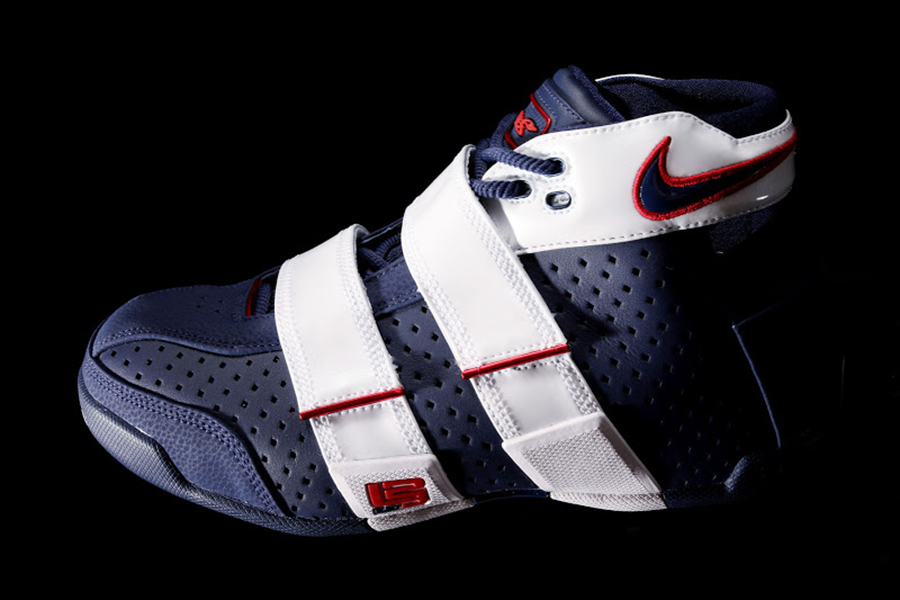 The first Nike LeBron non-signature model is indeed the 20-5-5. His name was featured on the tongue and the classic L23 logo was on the midsole of the forefoot, but like the Soldier line, his name was never really officially part of the picture. He did wear the shoe from time to time, like during the FIBA World Championships in 2006. 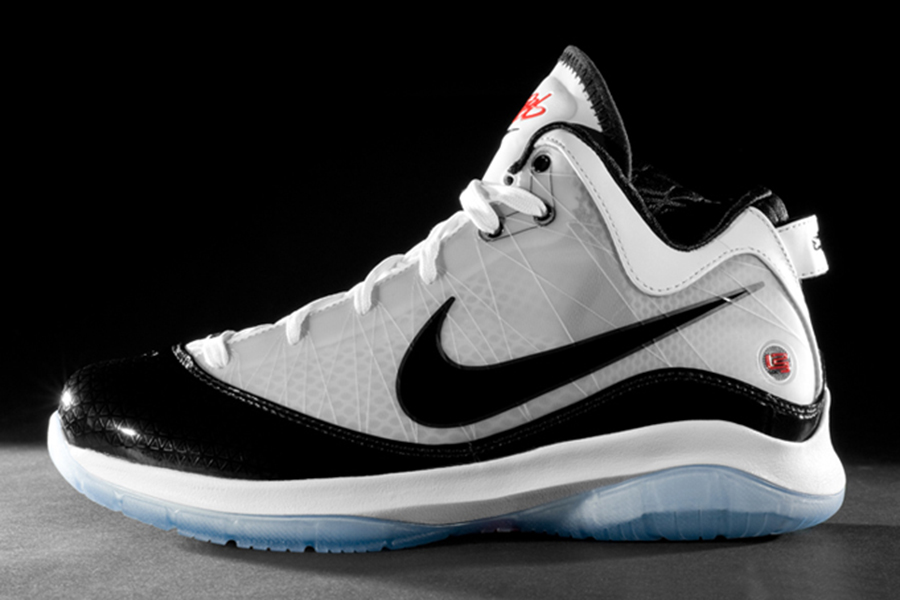 For the 2010 NBA Postseason, Nike unveiled the P.S. model of the LeBron VII – a sneaker engineered specifically for the rigors of the Playoffs. These postseason sneakers served as a precursor of sorts to the Elite series.