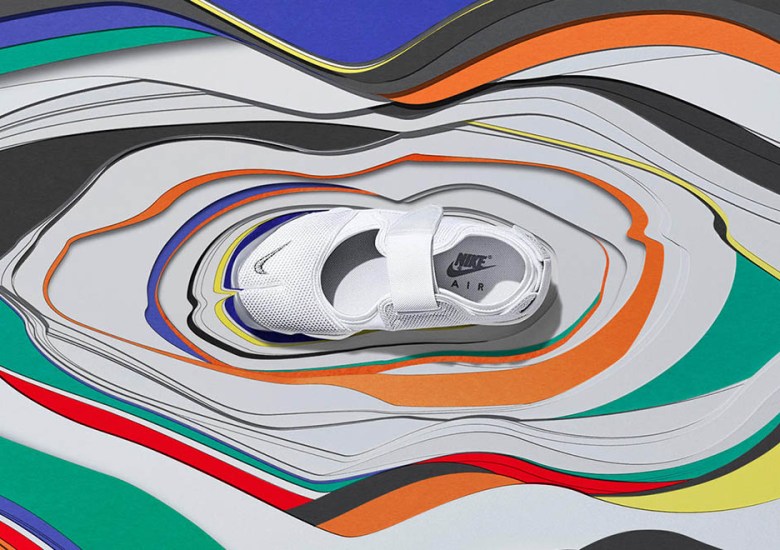 Nike Relaunches One Of Its Quirkiest Designs Ever, The Air Rift 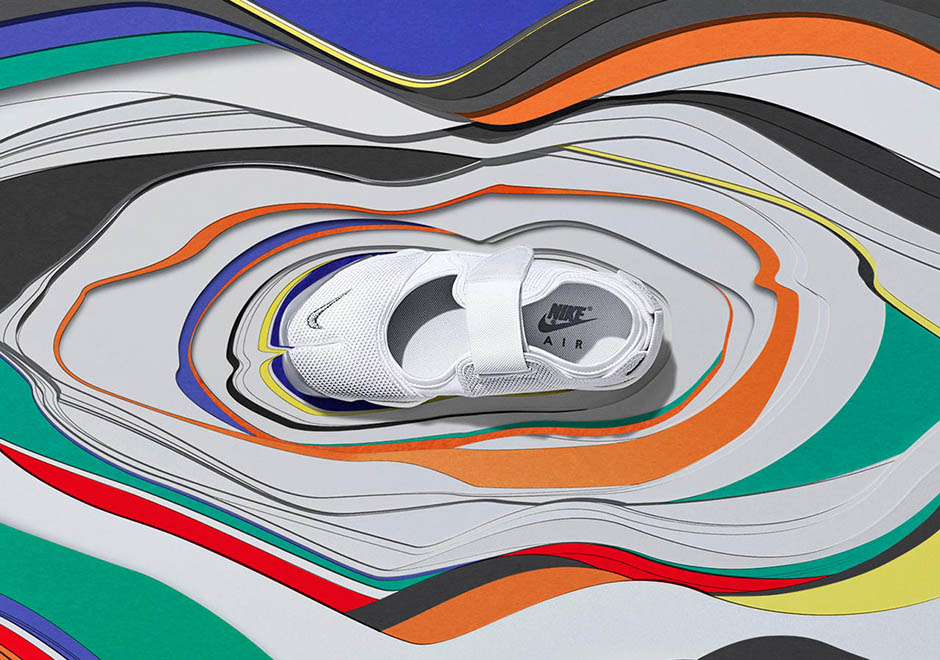 Before Nike Free, before Vibram FiveFingers, there was the Nike Air Rift, a shoe critical to the evolution of barefoot sneaker technology that released all the way back in 1996. The split-toe design was inspired by the barefoot running technique of Kenyan runners, who were (and still are) among the sport of long distance running’s most dominant athletes. Just like Free technology that would follow it years later, the Air Rift was intended to mimic the feel and motion of barefoot running, with is minimal, almost sandal-like upper and split toes. Celebrating the heritage of the Air Rift’s place in the barefoot running niche, Nike Sportswear is set to bring back the idiosyncratic model in original and new colorways for both men and women. For the men, the Rift reappears in its original black, green, red look inspired by the Kenyan national colors, as well as a new black and mint version. The original women’s colorway in blue/yellow and red also returns, accompanied by a pristine new white and silver edition. The Air Rift returns beginning April 27th to nike.com and select Nike Sportswear retailers. 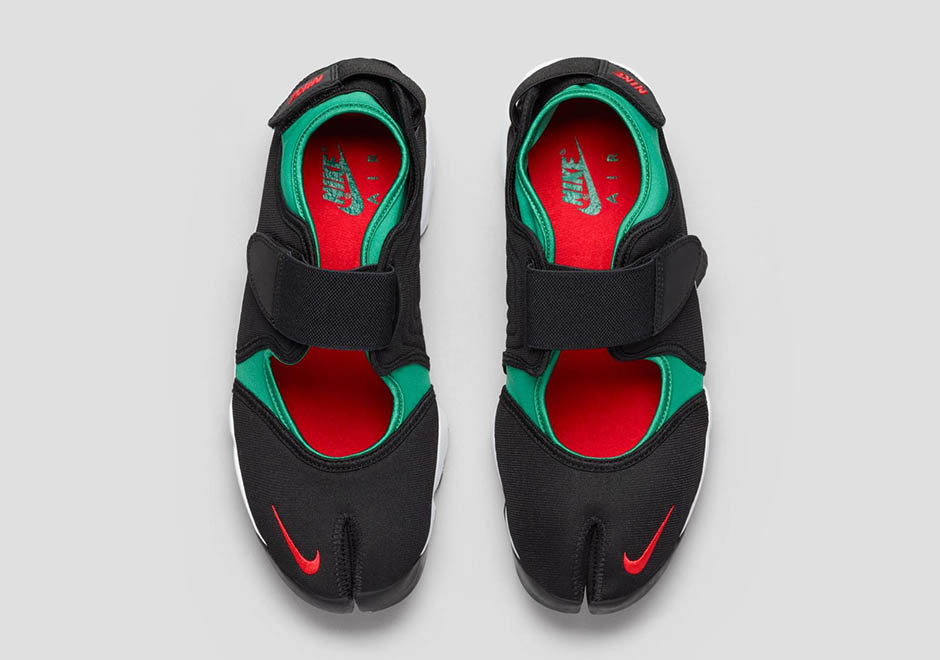 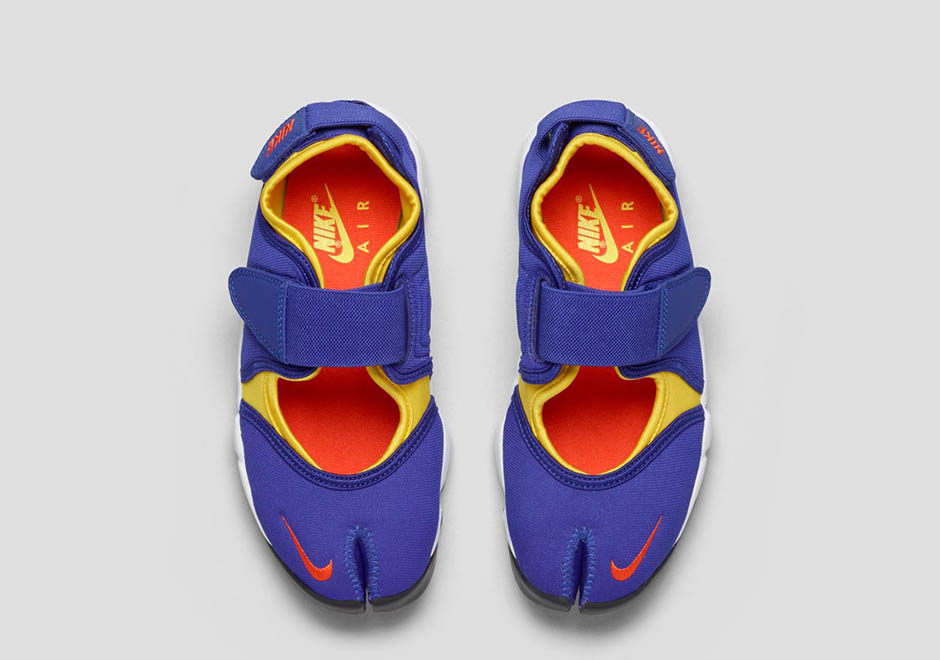 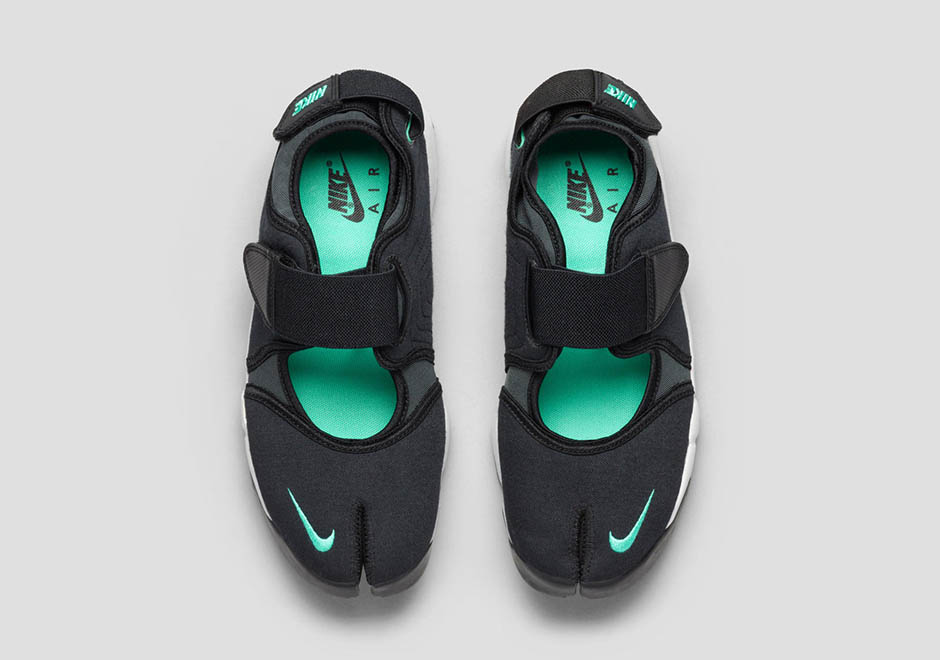 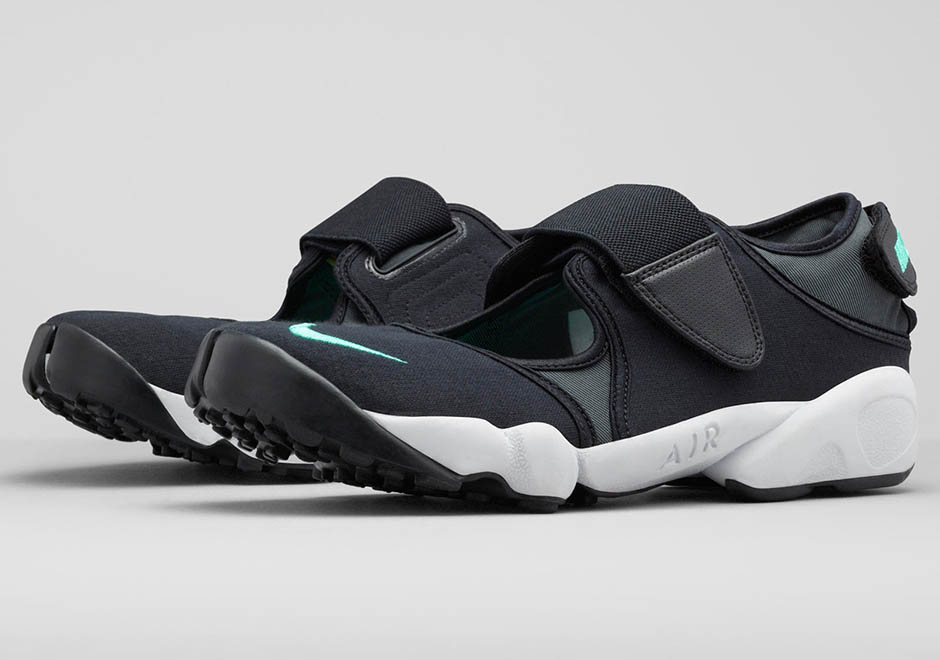 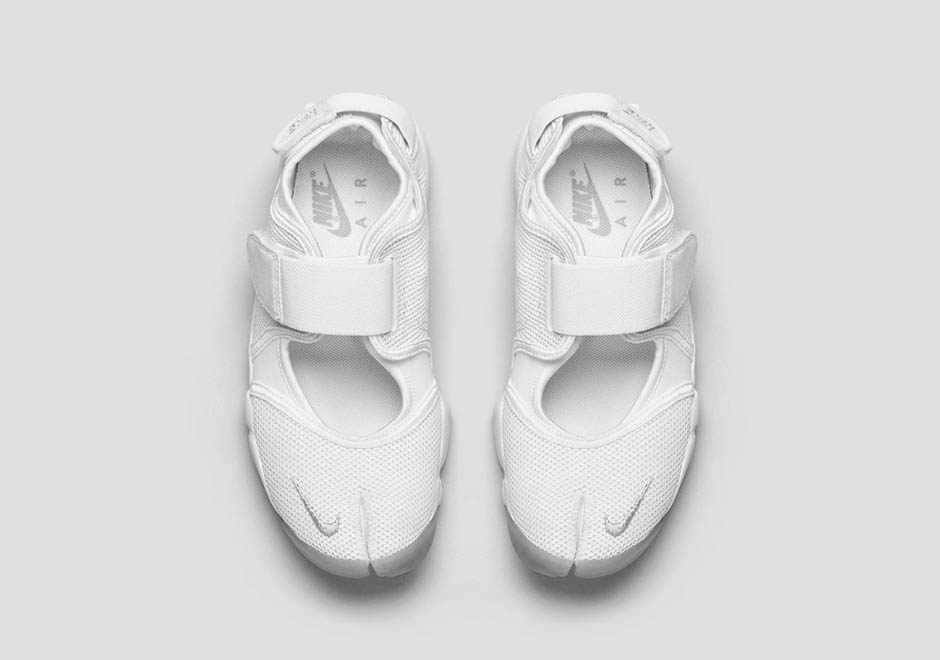 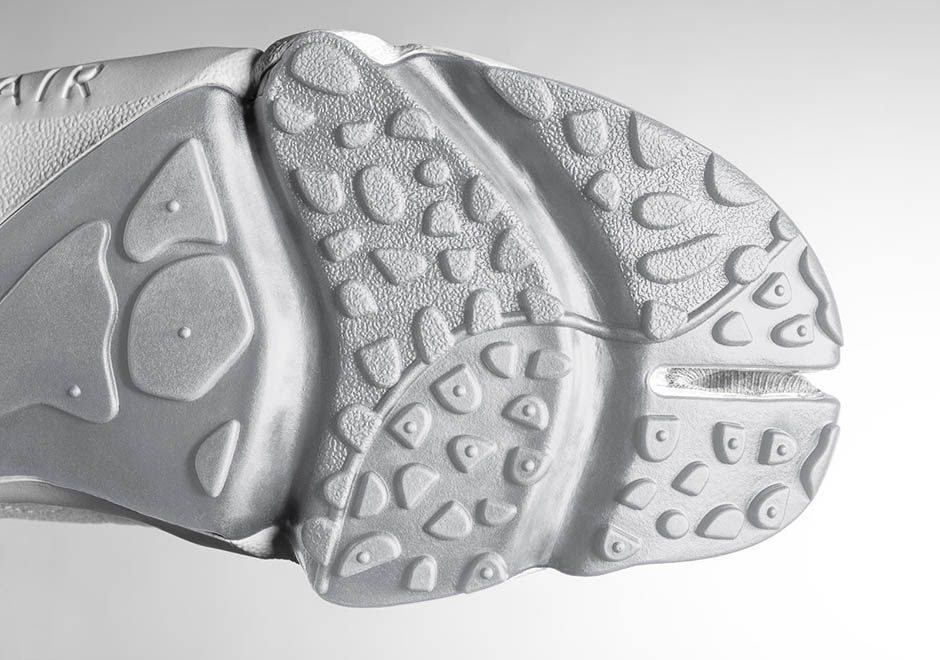 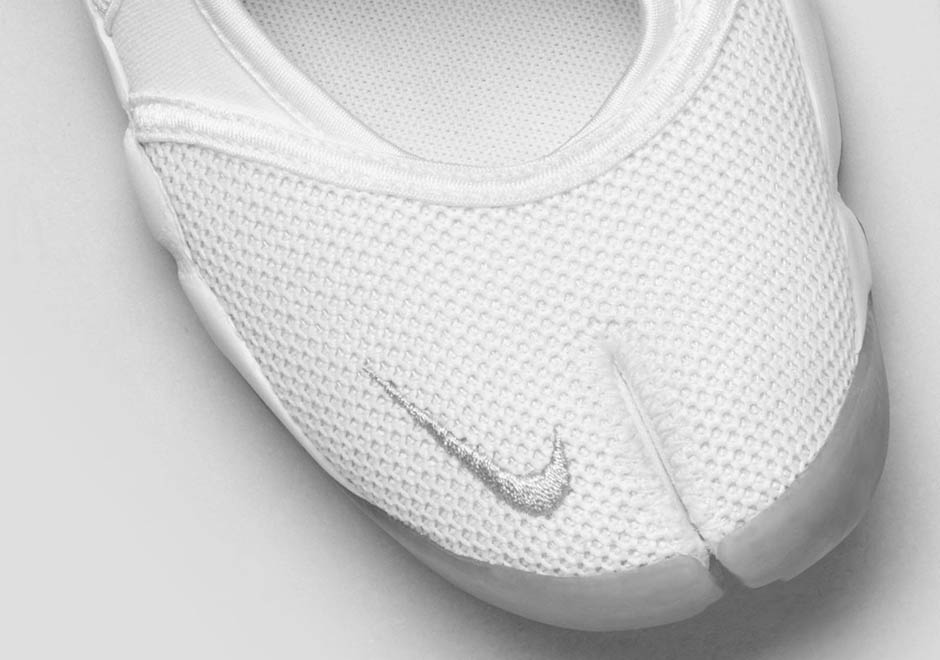