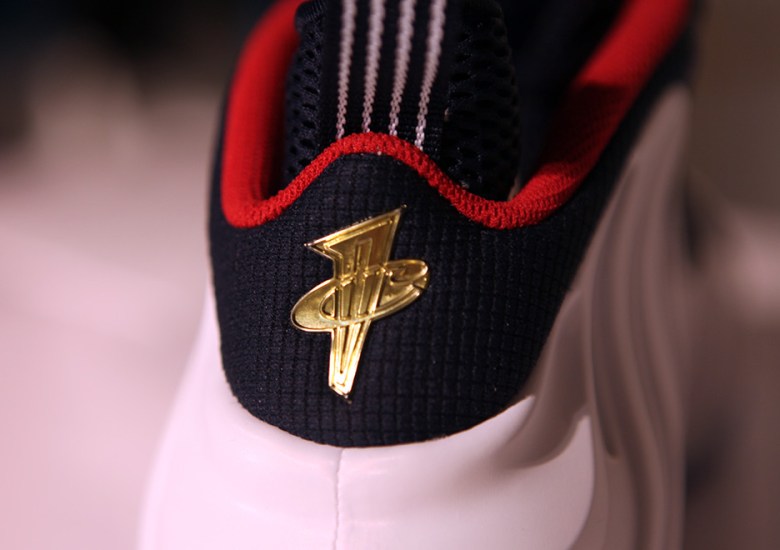 What If Penny Hardaway Wore the Nike Air Foamposite One At The Olympics? 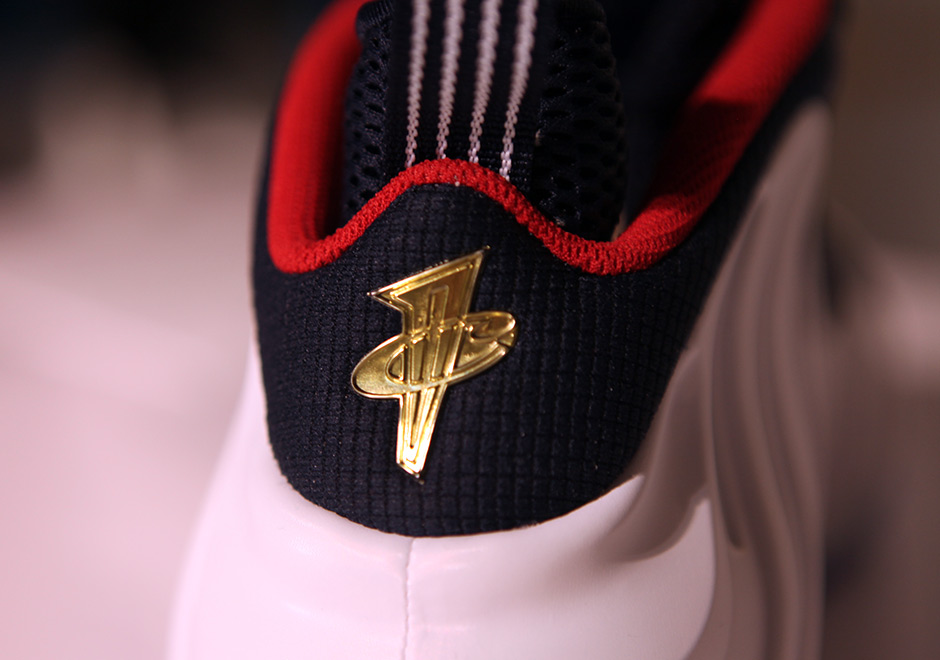 Playing in the Nike Zoom Flight ’96 for the 1996 Olympics in Atlanta, Penny Hardaway was about one year too early for the chance to play in the Air Foamposite One on the way to a gold medal. Nike Sportswear imagines what an “Olympic” version of the Foamposite One may have looked like, with this all-new colorway sporting a patriotic makeover in red, white, and blue. The USA theme is executed perfectly on this edition of the 1997 Penny Hardaway signature model, featuring a white Foamposite upper with obsidian blue detailing and red inner lining. Of course, they had to throw in some gold as well, with each 1 Cent logo on the heels and tongues in a metallic gold finish, while gold stitching is found down the tongue and bordering the Swooshes. Check out a detailed look at the Air Foamposite One “Olympic” here today, and keep in mind you’ll be able to pick up a pair before the Rio games start, as they drop at select Nike Sportswear retailers on July 22nd. 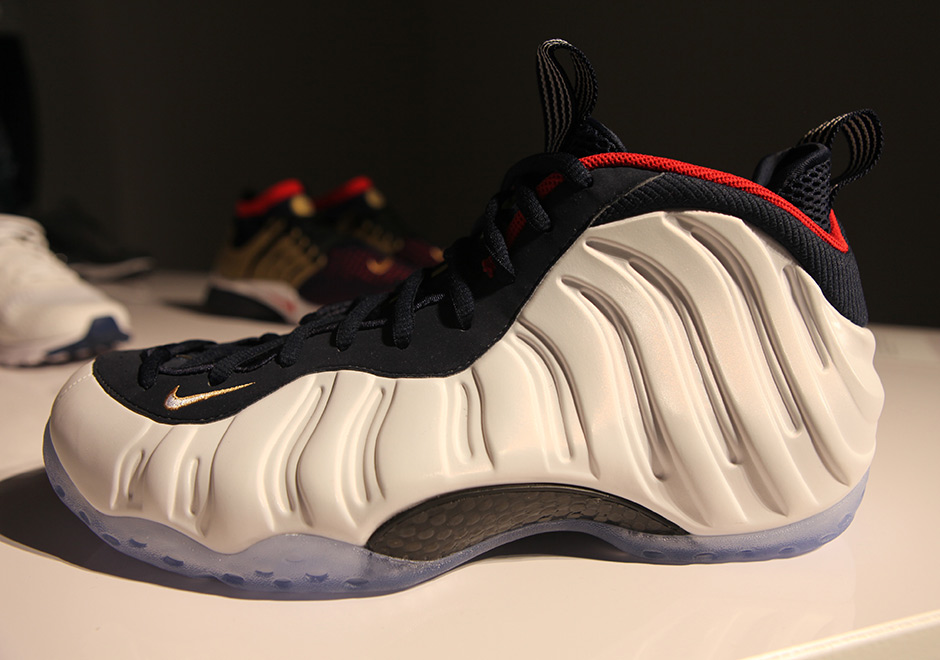 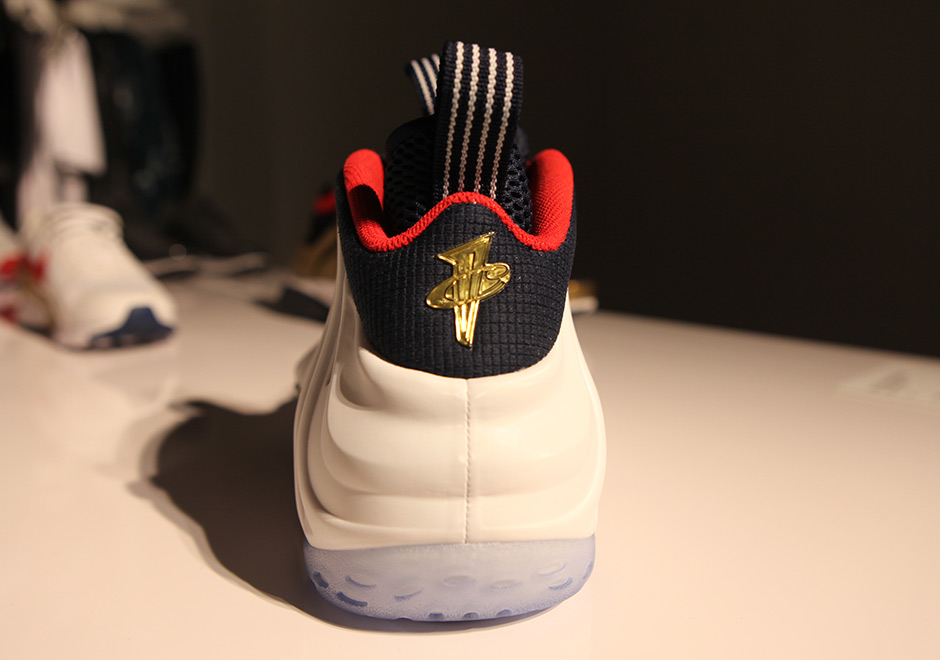 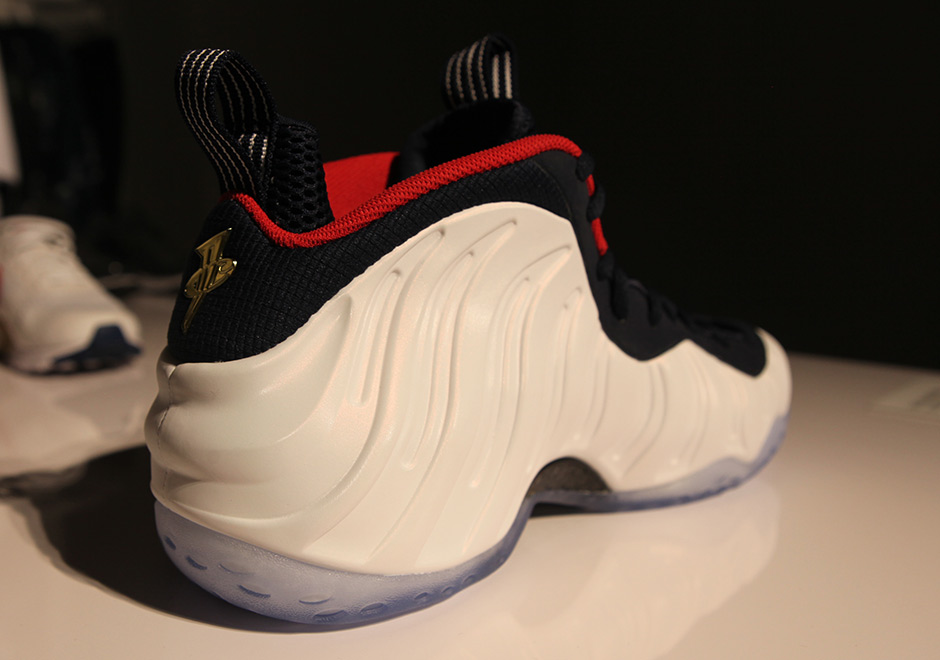 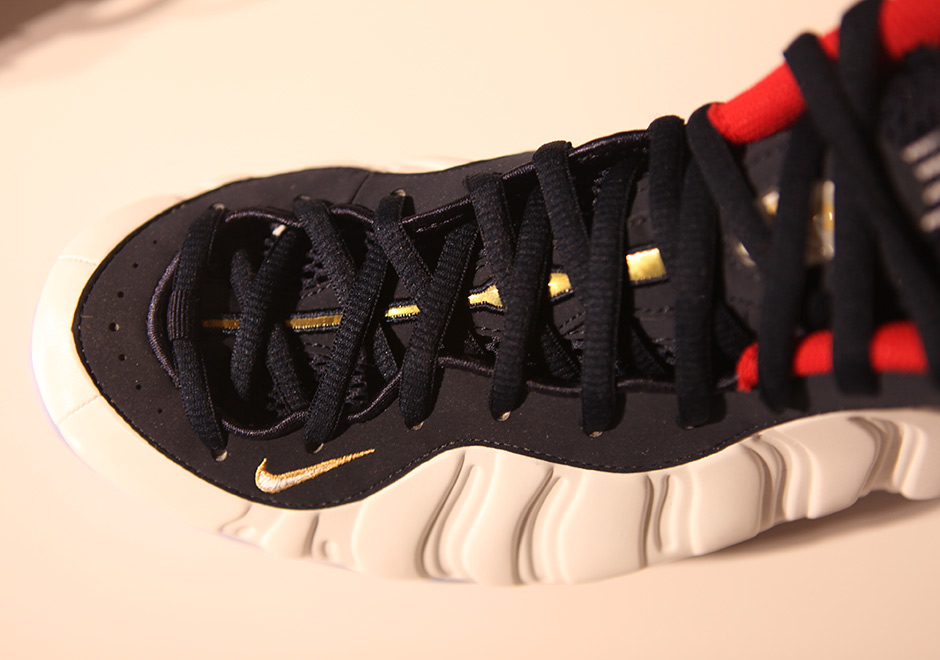