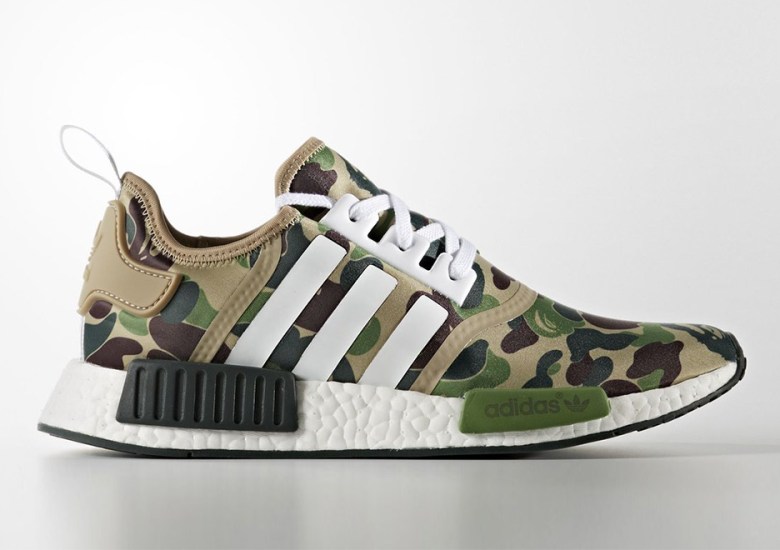 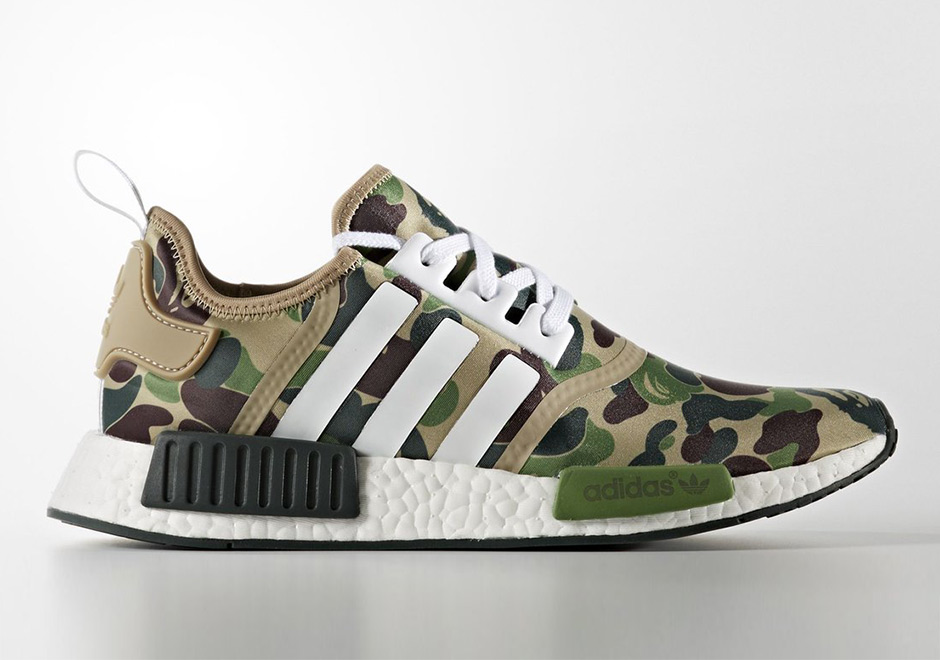 BAPE x adidas NMD is happening for sure, and in more ways than one. Today we get a first look at what to expect when the German sportswear brand and the Japanese streetwear icon officially push their product in the coming weeks; it features two colorways of the adidas NMD R1 with the ubiquitous Bape camouflage print covering the entire uppers of the shoes. Instead of Primeknit or even a basic mesh, the upper seems to be build with a neoprene-like soft upper, with taped three-stripes detailing, white Boost soles, and colored NMD blocks. Check out both colorways here and stay tuned for the official release date; both are confirmed to be $150. 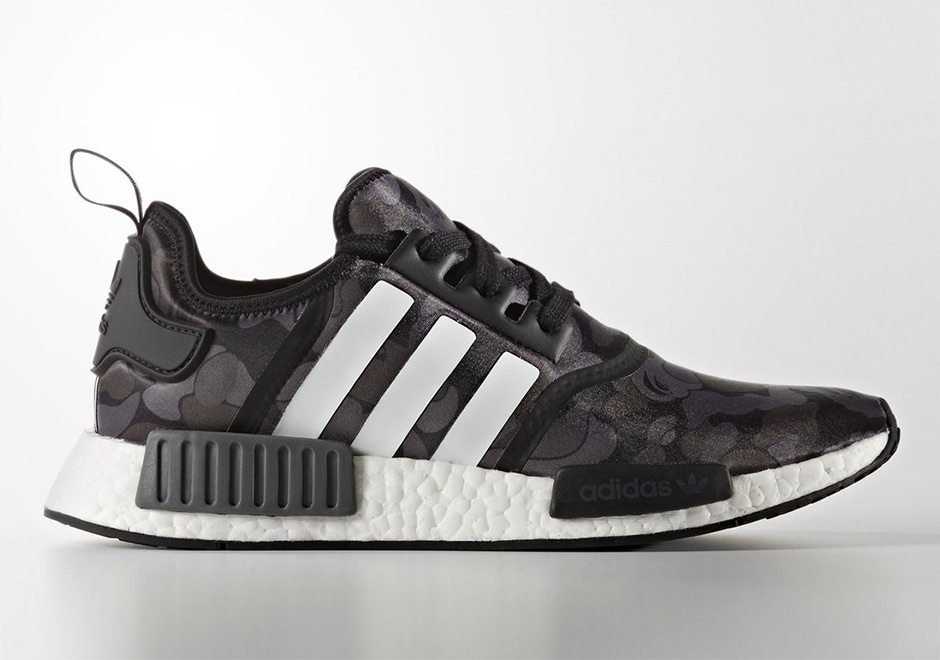