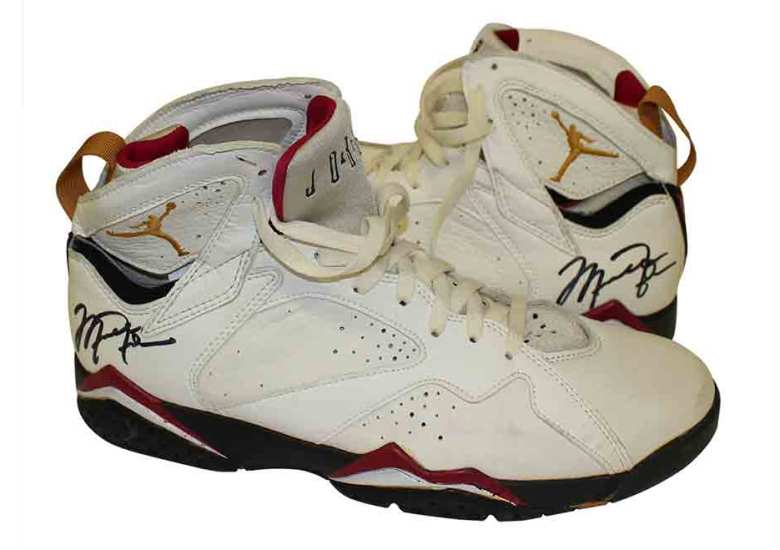 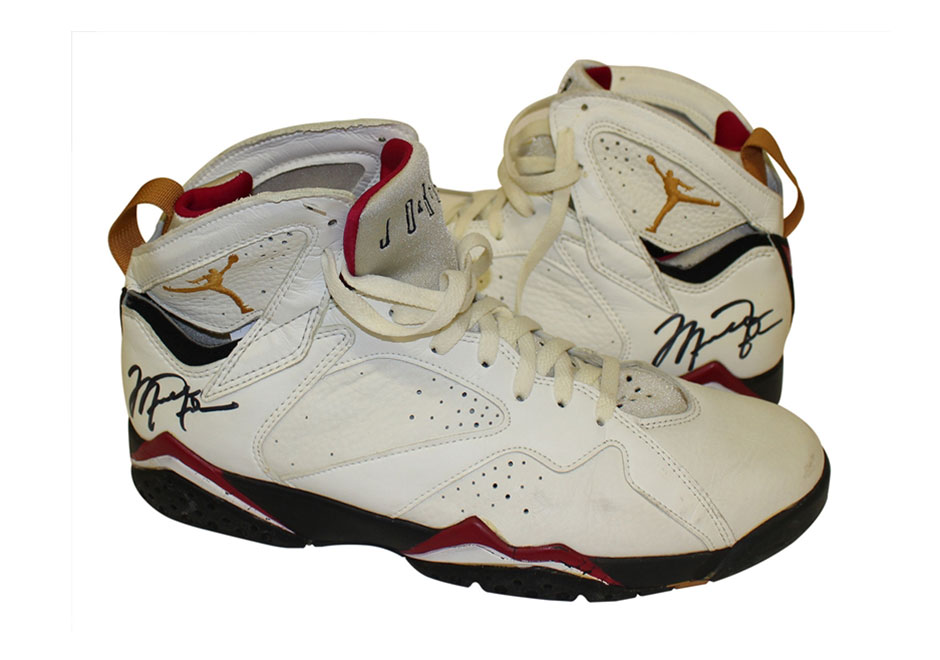 Michael Jordan’s 1992-1993 season was one of his most productive as he won his seventh straight NBA scoring title by averaging 32.6 points per game and guided the Chicago Bulls to their third straight NBA Finals victory over the Phoenix Suns before abruptly retiring. Today we get a look at a game-worn autographed Air Jordan 7 that Mike wore during the early part of that season before introducing his Air Jordan 8 to the masses. The pair is currently up for auction featuring MJ’s stamp of approval in the form of his signature on both the right and left foot. Tinker Hatfield designed the Air Jordan 7 Cardinal colorway with the Nike Huarache in mind while patterns referenced West African Tribal culture. Mike wore this pair on February 3rd, 1993 in a road win over the Sacremento Kings. He dropped 36 points. The pair originates from the collection of Gatorade Vice President Bill Schmidt and showcases formidable wear throughout. There are still 17 days left on the auction, but if you’re a true MJ stan then place your bid via Steiner Sports today. As of right now, bids are currently up to $3,146 USD. 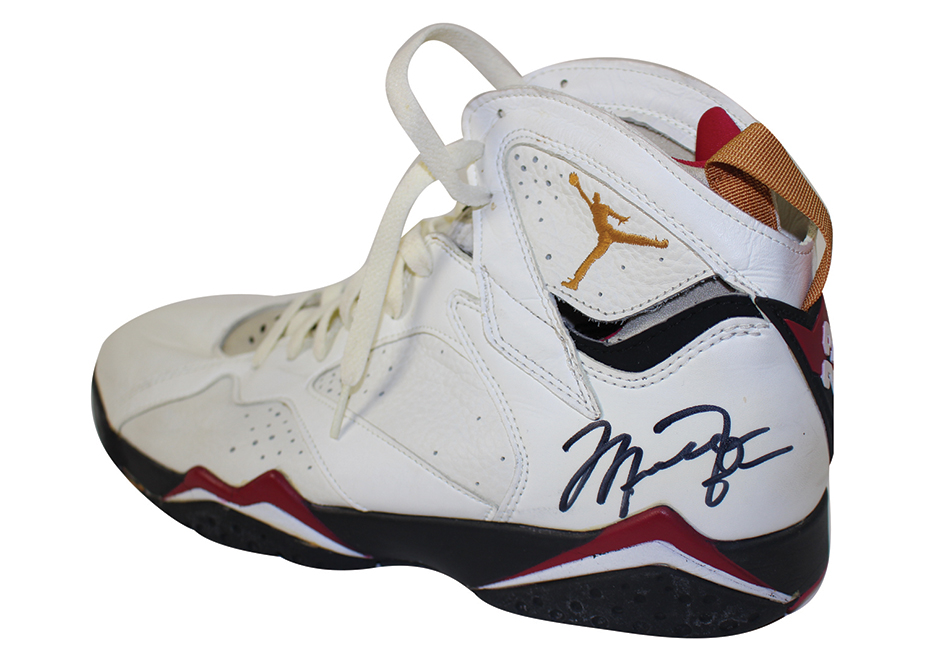 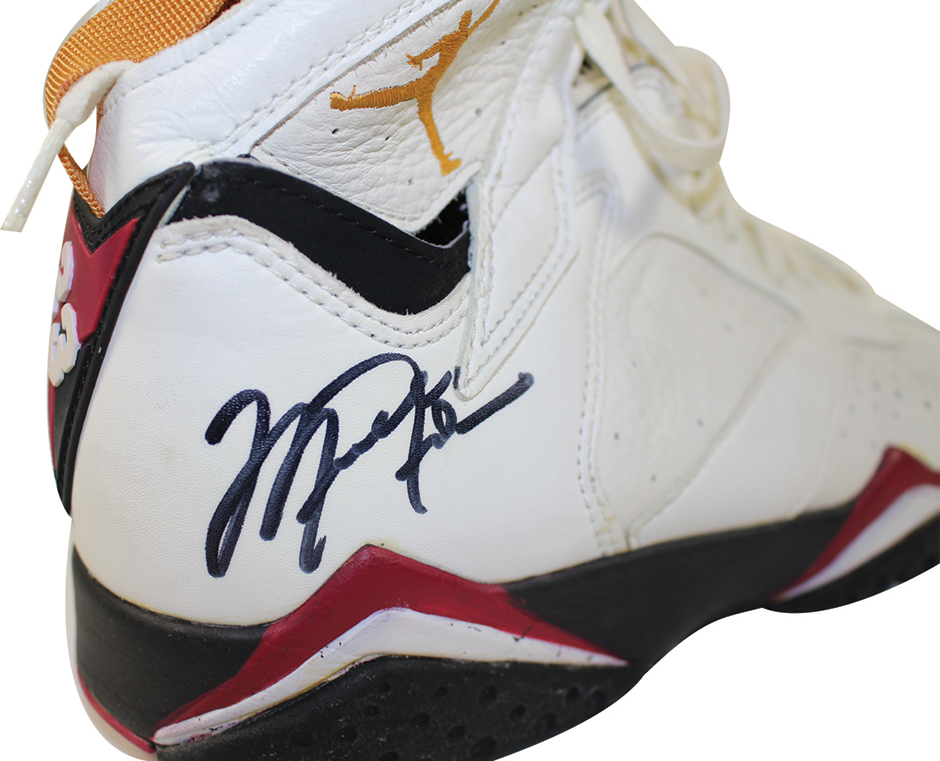 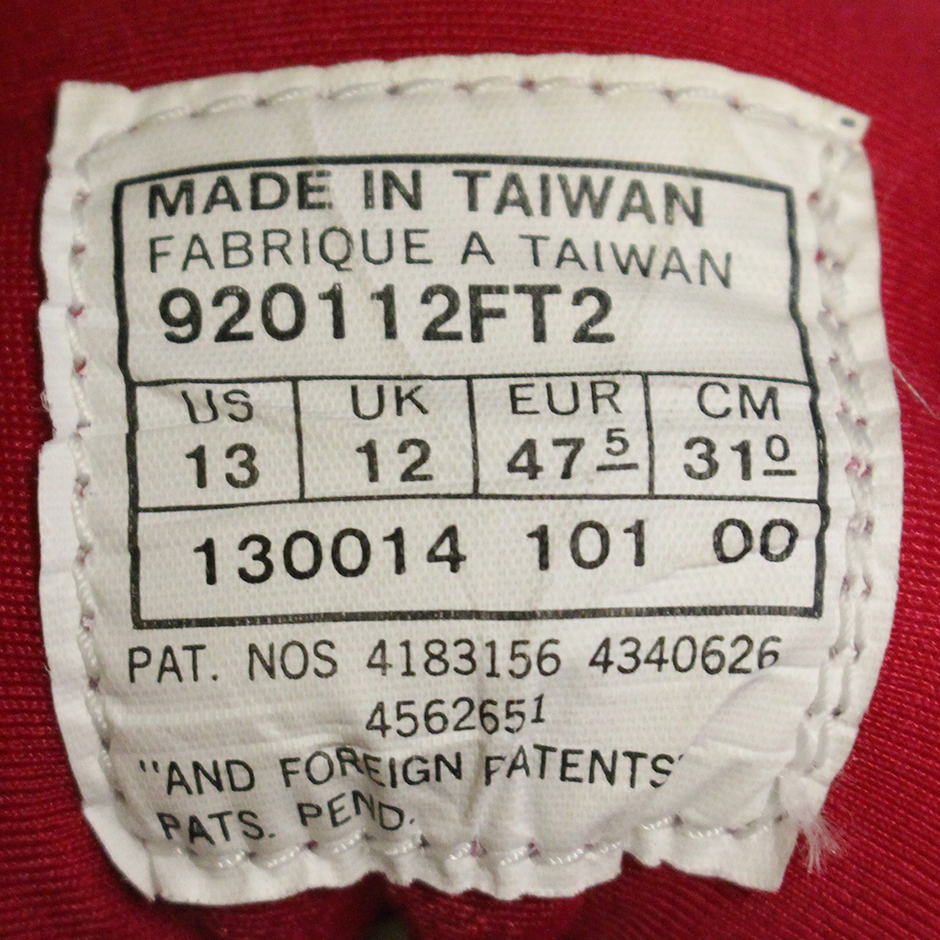