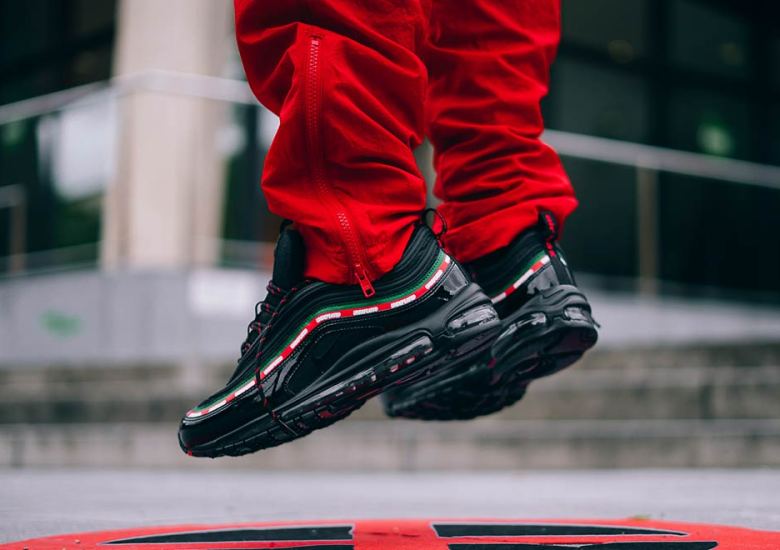 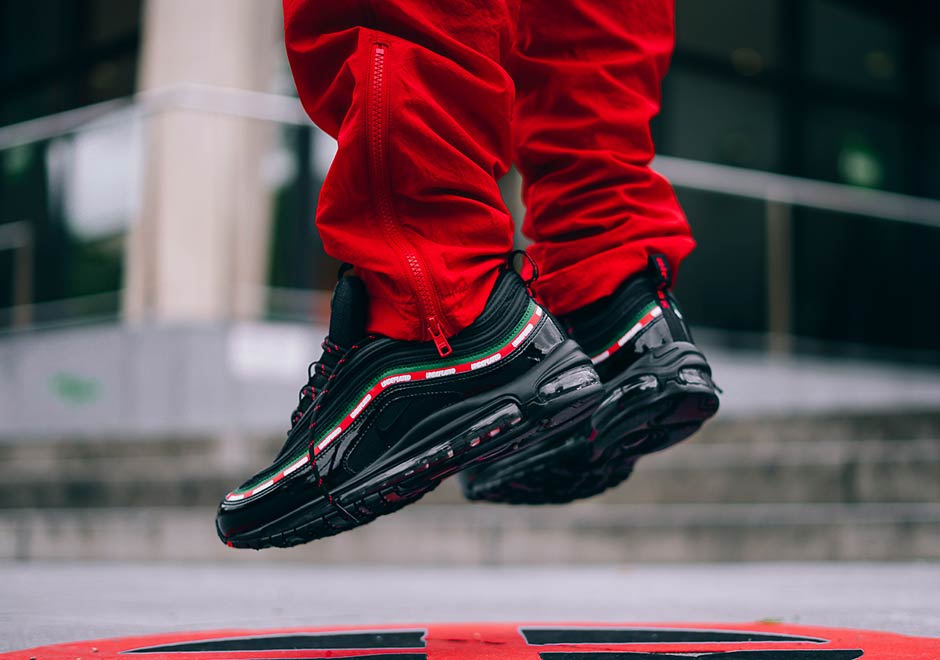 UNDFTD has not one, but two colorways of the Air Max 97 releasing this month, and earlier this week we gave you an exclusive detailed look at the white colorway that features the same red/green stripe detailing and UNDFTD branding. The black version appears to be releasing in wider quantities as official images of the shoes have appeared (suggesting a release on Nike.com), and according to BSTN in Europe, this sporty Nike Air Max 97 colorway is dropping on September 21st, 2017 in limited quantity. Stay tuned for US release info and in the mean-time, check out the white version here. 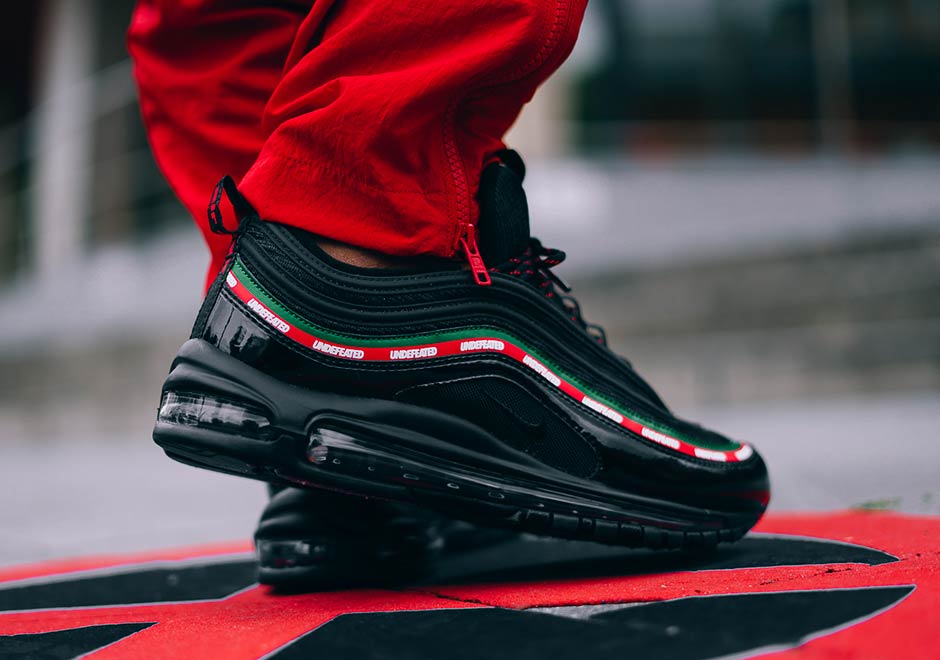 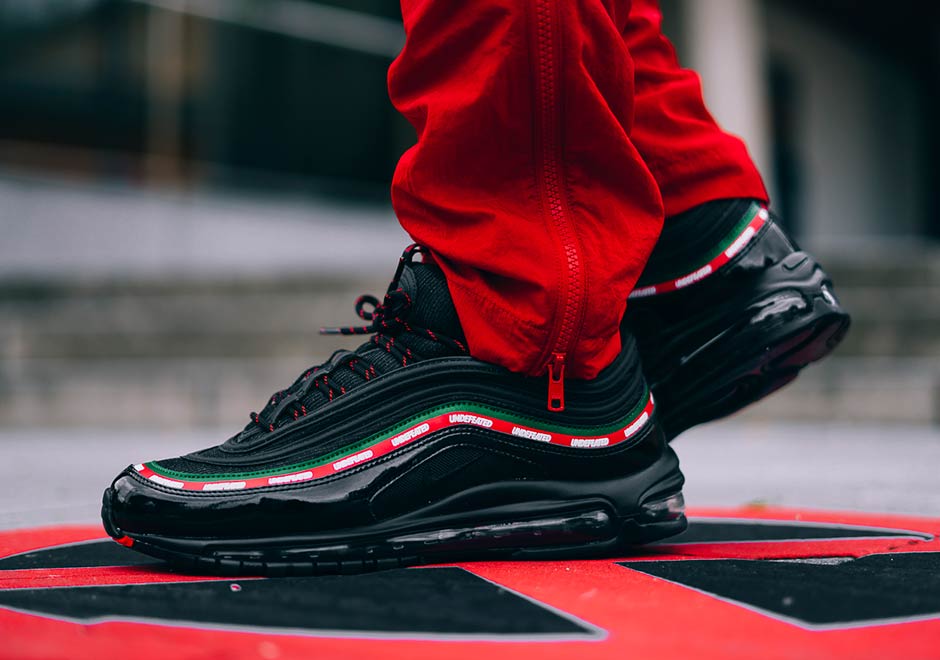 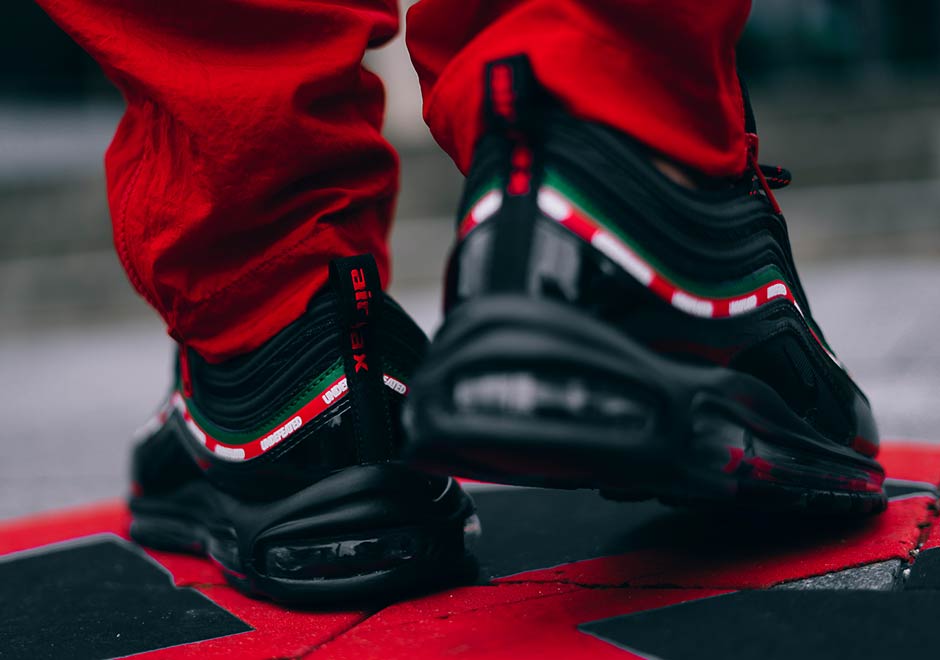 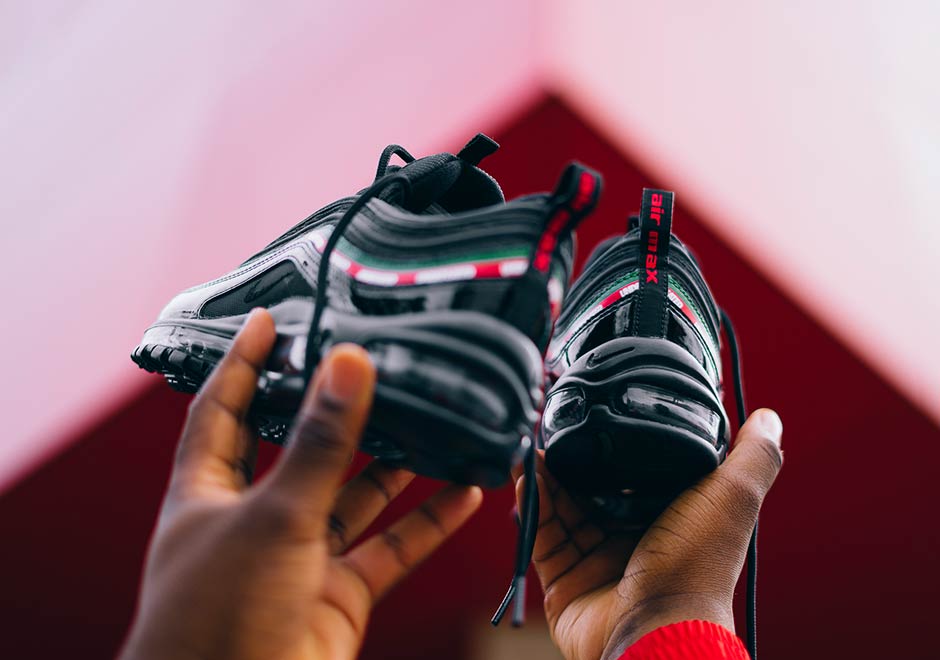 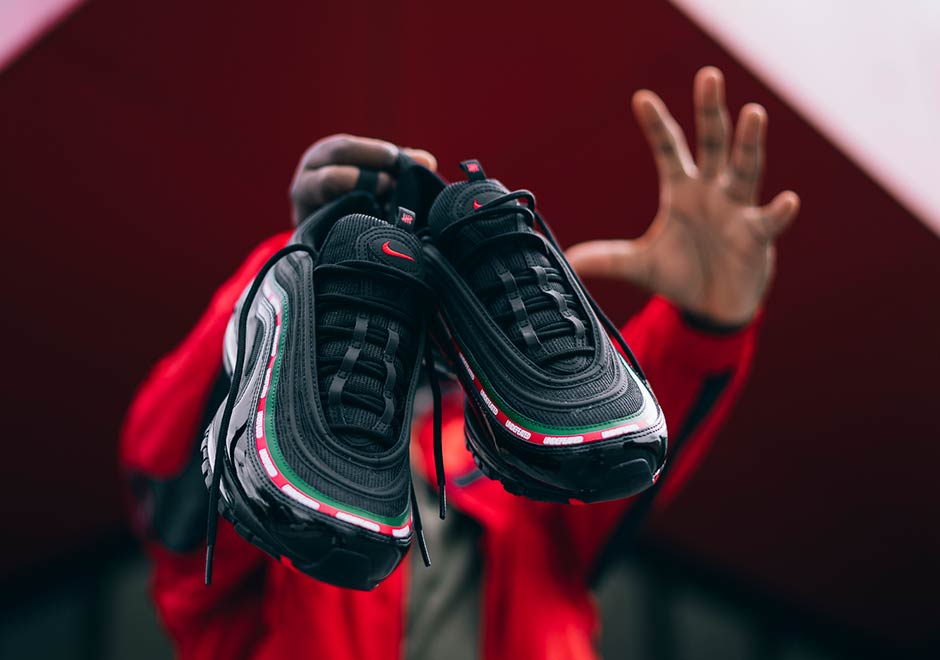 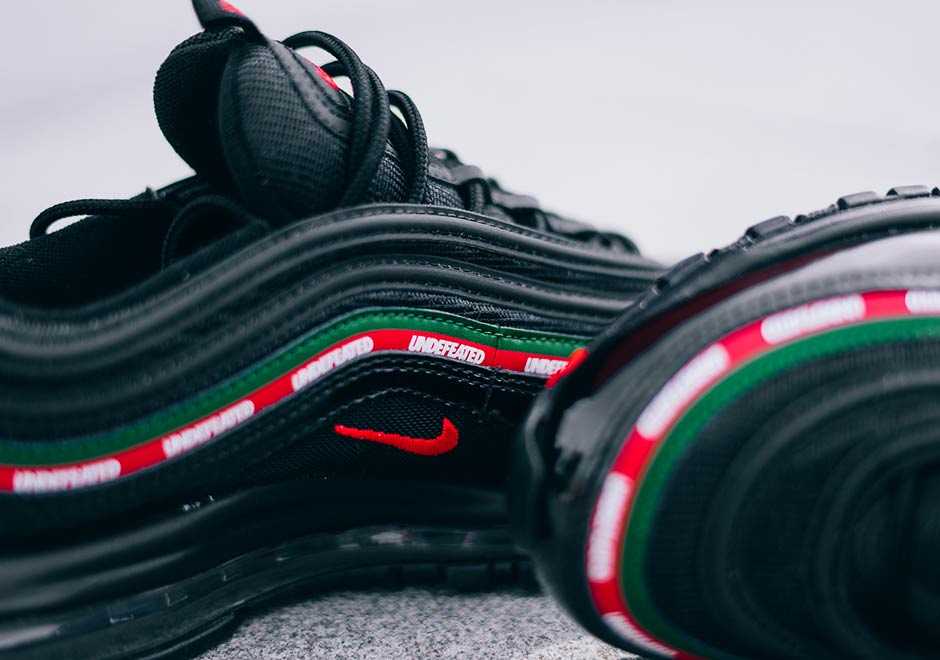 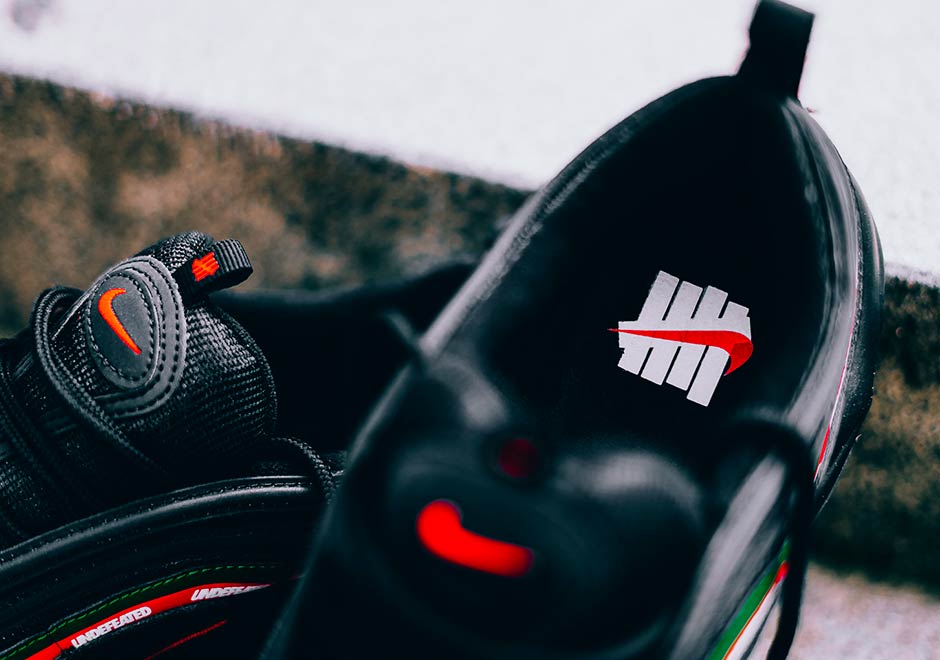 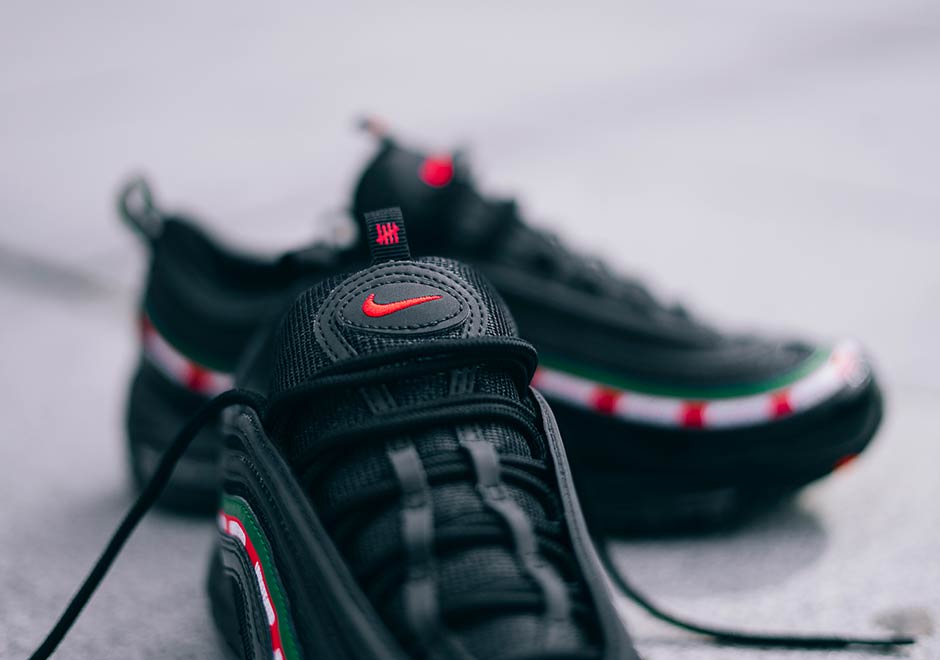