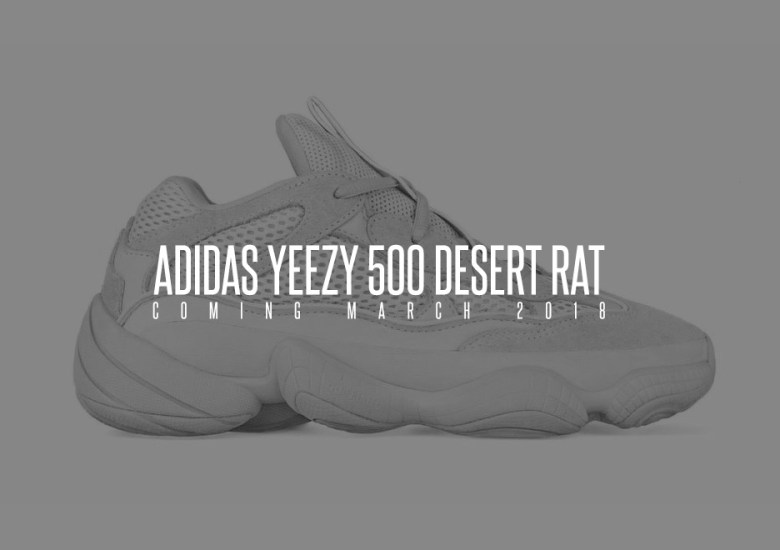 After releasing exclusively through the brand-exclusive online retail channel known as Yeezy.Supply, the adidas Yeezy Desert Rat 500 will release globally this coming March 2018. Priced at $220, the newest chunky and chiseled running shoe from Kanye West’s adidas sub-division known as YEEZY does not feature any BOOST cushioning whatsoever, but rather the adiPrene cushioning that debuted in the 1990s. Sources close to the brand confirm that the Desert Rat Yeezy won’t drop as a bundle either, saving you hundreds of dollars that were tacked on to the $760 three-piece set. It’s not clear which colorways are coming, but expect the Yeezy Desert Rat in just a few months.