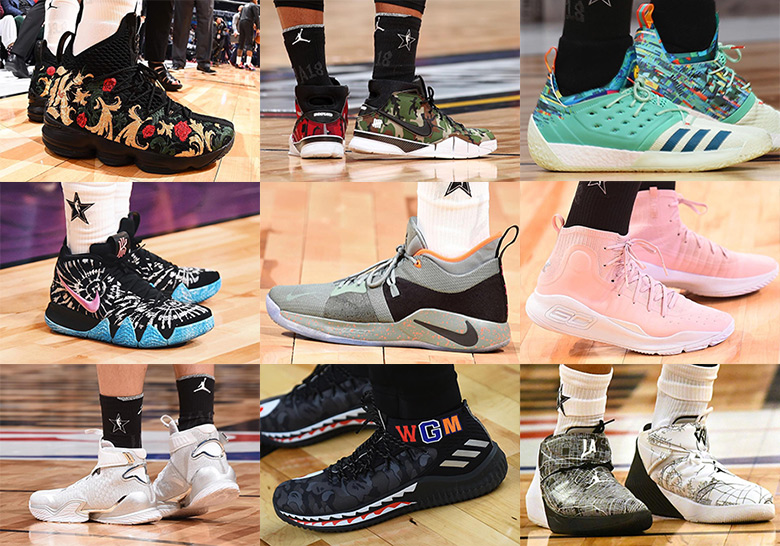 NBA All-Star Weekend is a chance for some of the world’s top hoopers to show their stuff on a world stage, and flaunt their absolute best footwear. Leading the way for the top shoes spotted during the weekend were the plethora of UNDEFEATED x Nike Zoom Kobe 1 Protro PEs that were seen on the feet of Demar Derozan, Devin Booker, and Giannis Antetokounmpo. An unprecedented amount of sneaker collaborations took the floor during Sunday’s big game, which highlights a shift toward more “streetwear” style pairings with performance-engineered footwear. LeBron’s KITH collaboration paved the way for this new trend, as he initially debuted his “King’s Cloak” colorway back in September on the KITH x Nike runway. adidas got into the action as well, with one of their top brand talents, Damian Lillard, firing shots up from deep in his BAPE x Dame 4 sneaker.

While these big name collaborations may have stolen the show, there was plenty more heat to go around, from the All-Star colorway of the brand new adidas Harden Vol. 2 to another incredible Rick and Morty Hyperdunk custom from Karl Anthony Towns. Grab a look at some of the best sneakers laced up during last night’s All-Star Game below and tell us which are your favorite.