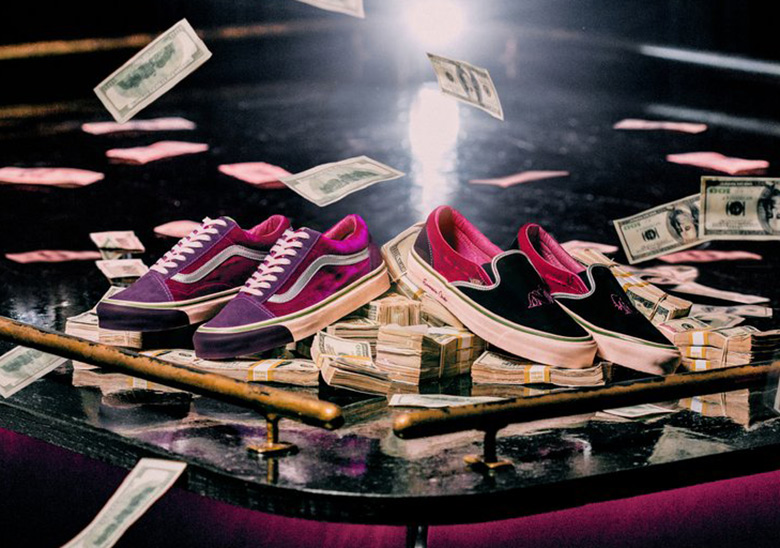 LAs Vegas based Sneaker boutique Feature has teamed up with Vans to bring the world a two-piece footwear collection based on sleepless nights in the Sin City. Consisting of the iconic Old Skool and Slip-On silhouettes, this collection is officially dubbed the “Sinner’s Club” Pack. Constructed with a premium luxe aesthetic in mind, the two offerings boast suede and velvet tooling on their uppers in shades of black, plum, and red. Green plays a factor as well, along the midfoot strip of each sneaker – paying homage to the copious amounts of money spent in the city, which is also represented by their graphic insoles. Finally, an embroidered cabaret girl completes the look and is representative of Las Vegas’ gentlemen’s club motif. This is not the first time the shop has honored its home city, as in 2015, Feature teamed up with Saucony for the “High Roller Pack” inspired by casino chips.

Both selections will come housed in custom velour dust bags and two extra sets of laces, an will be accompanied by a rage of Mitchell & Ness apparel. Feature and Vans’ entire “Sinner’s Cub” capsule can be purchased exclusively in store on March 2nd, and will later drop online the next day at 10 AM PT. 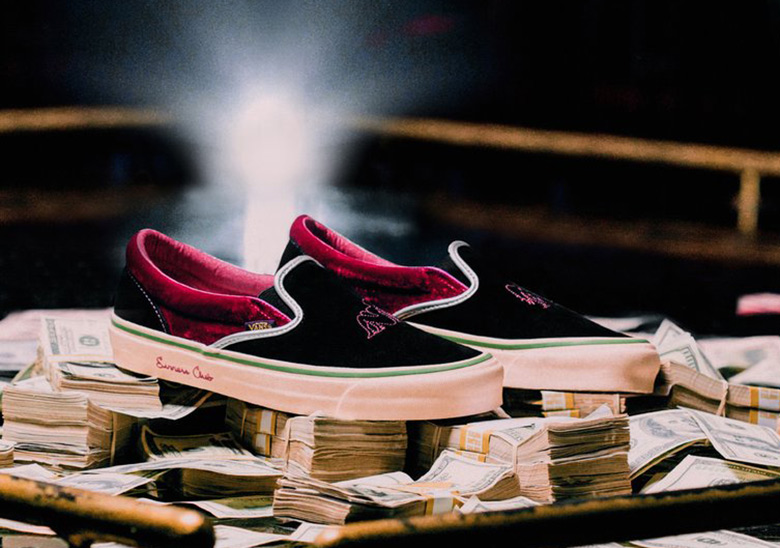 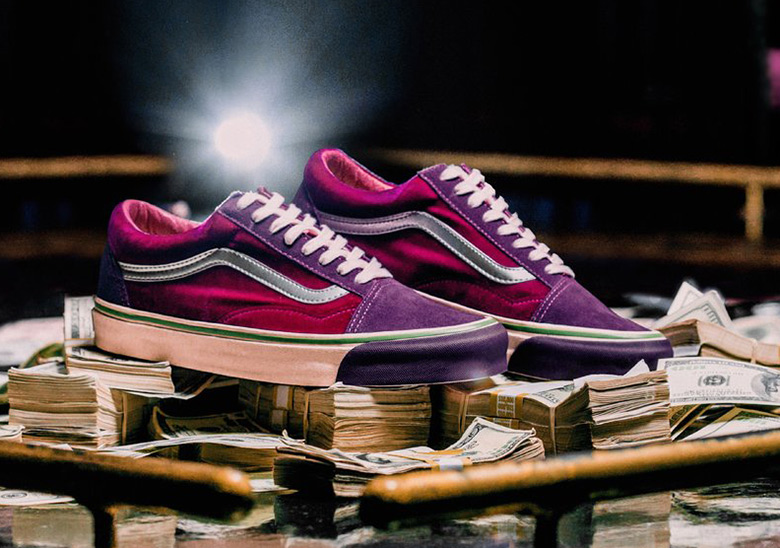 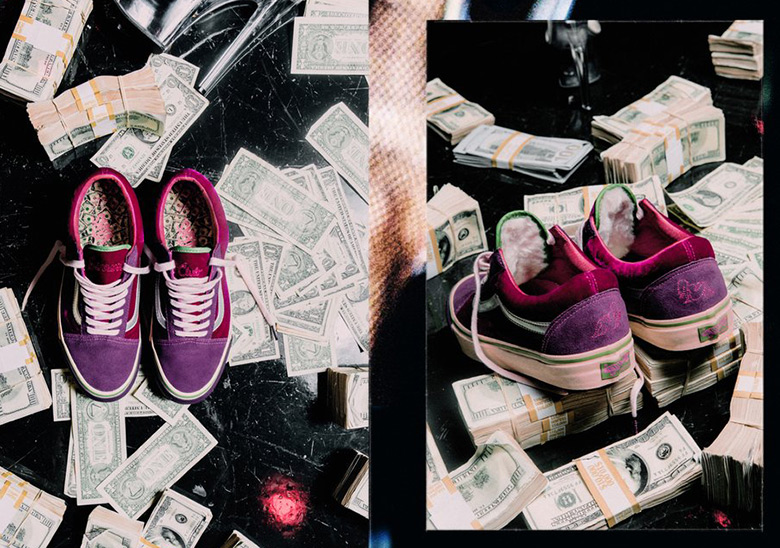 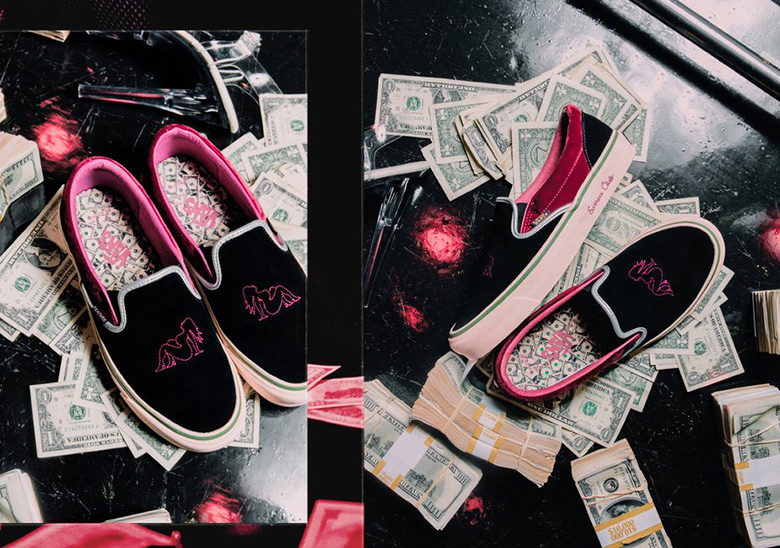